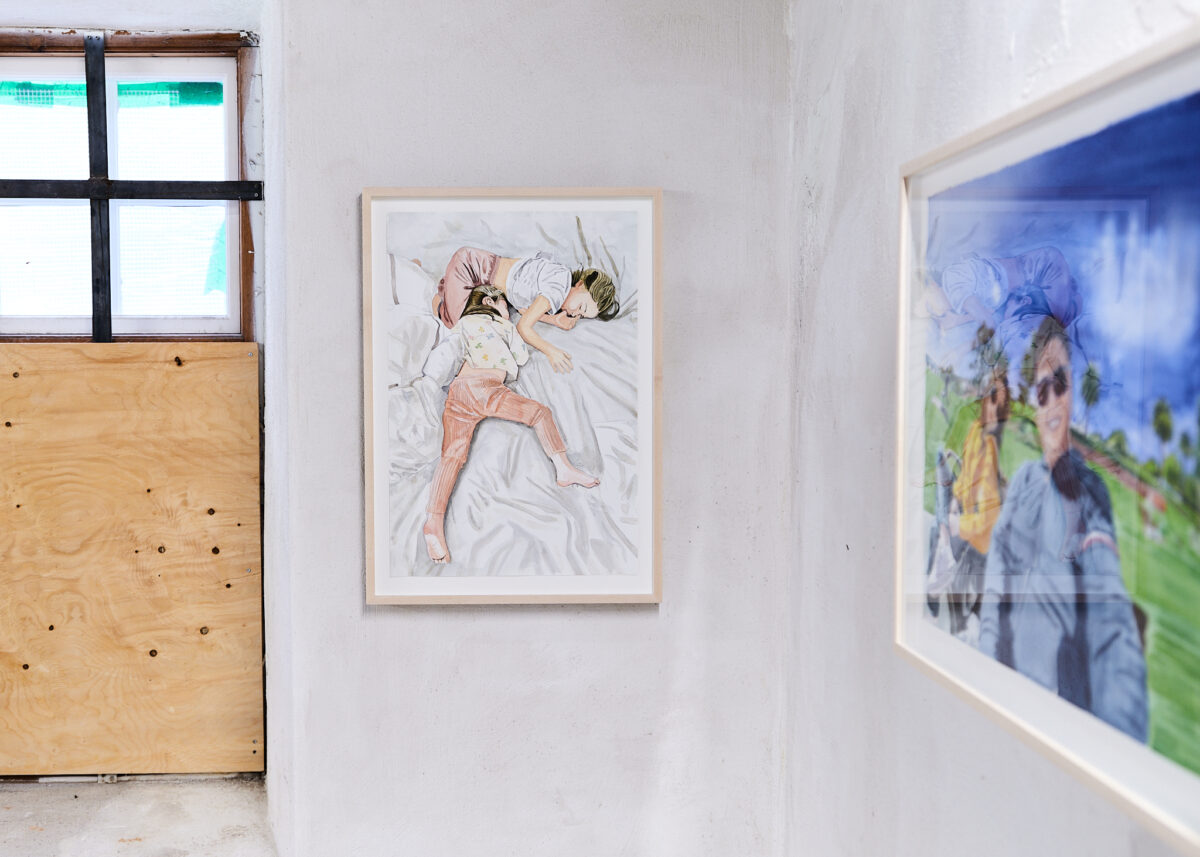 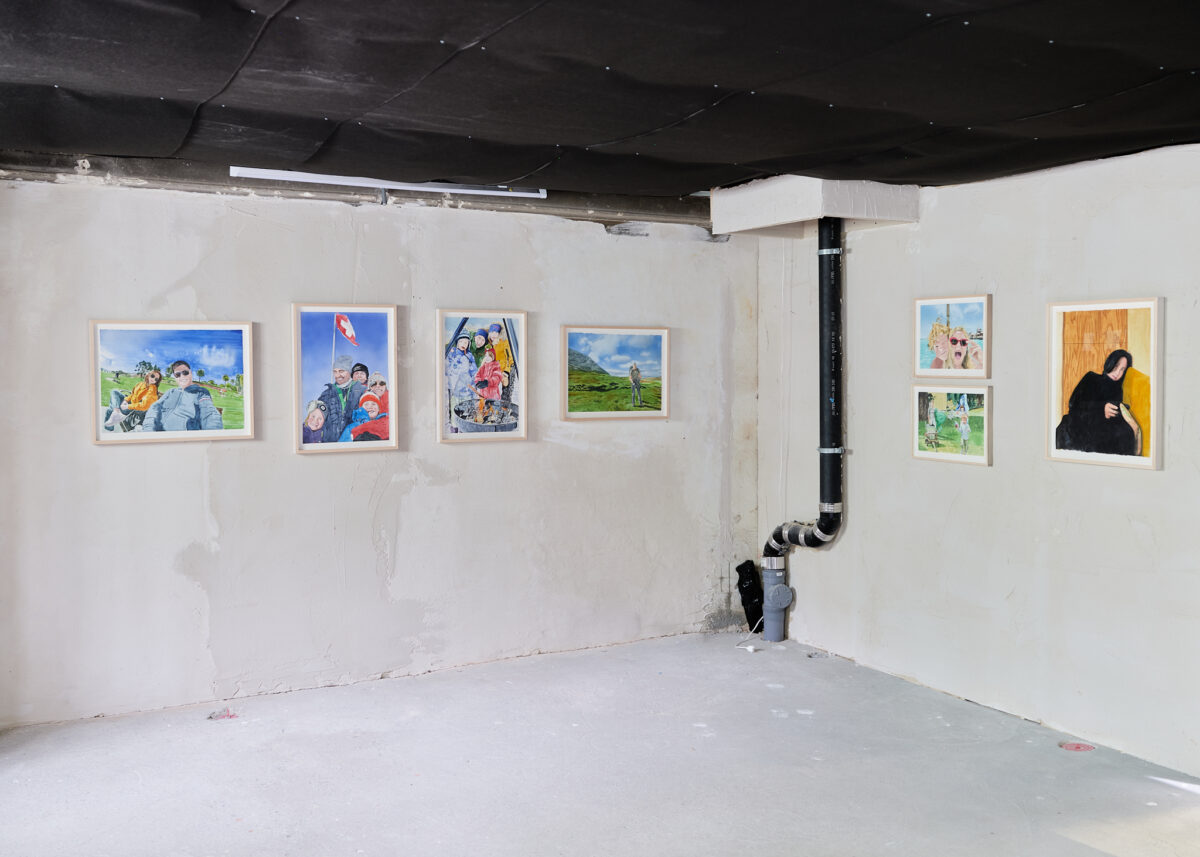 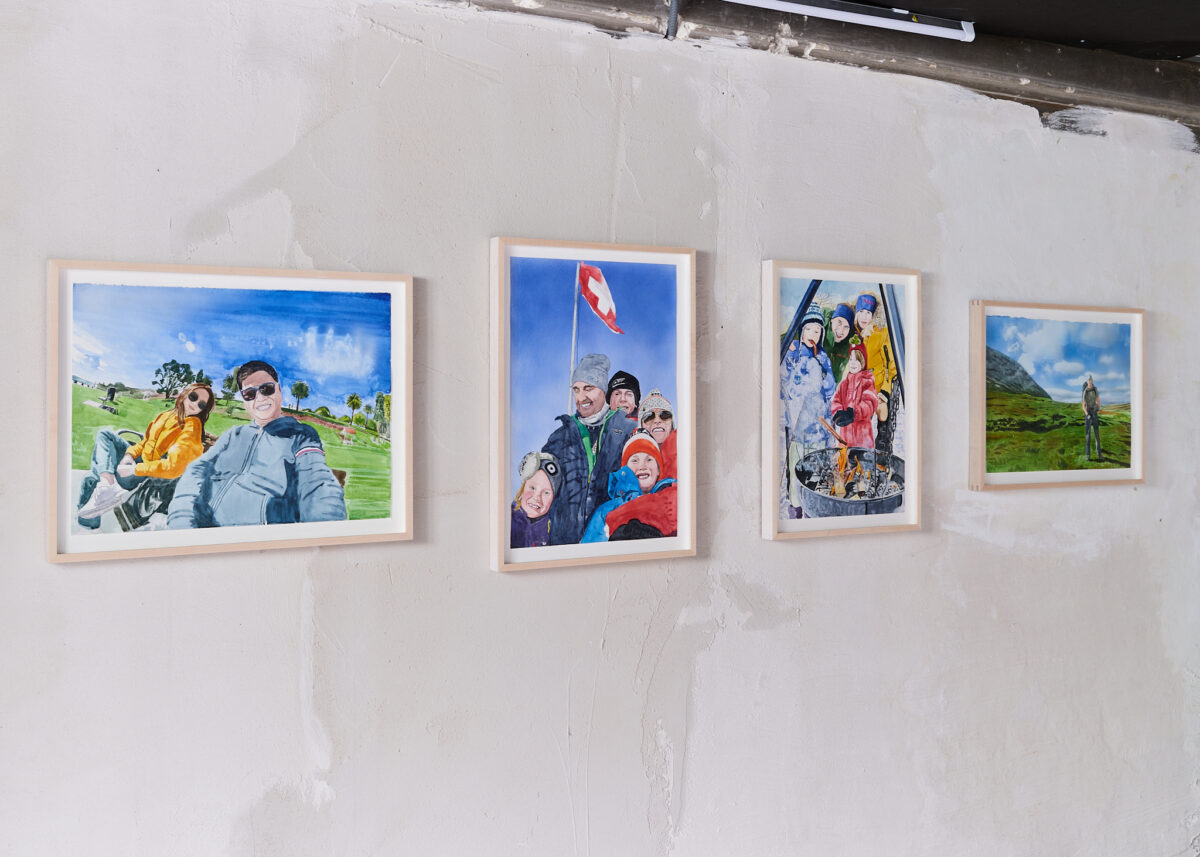 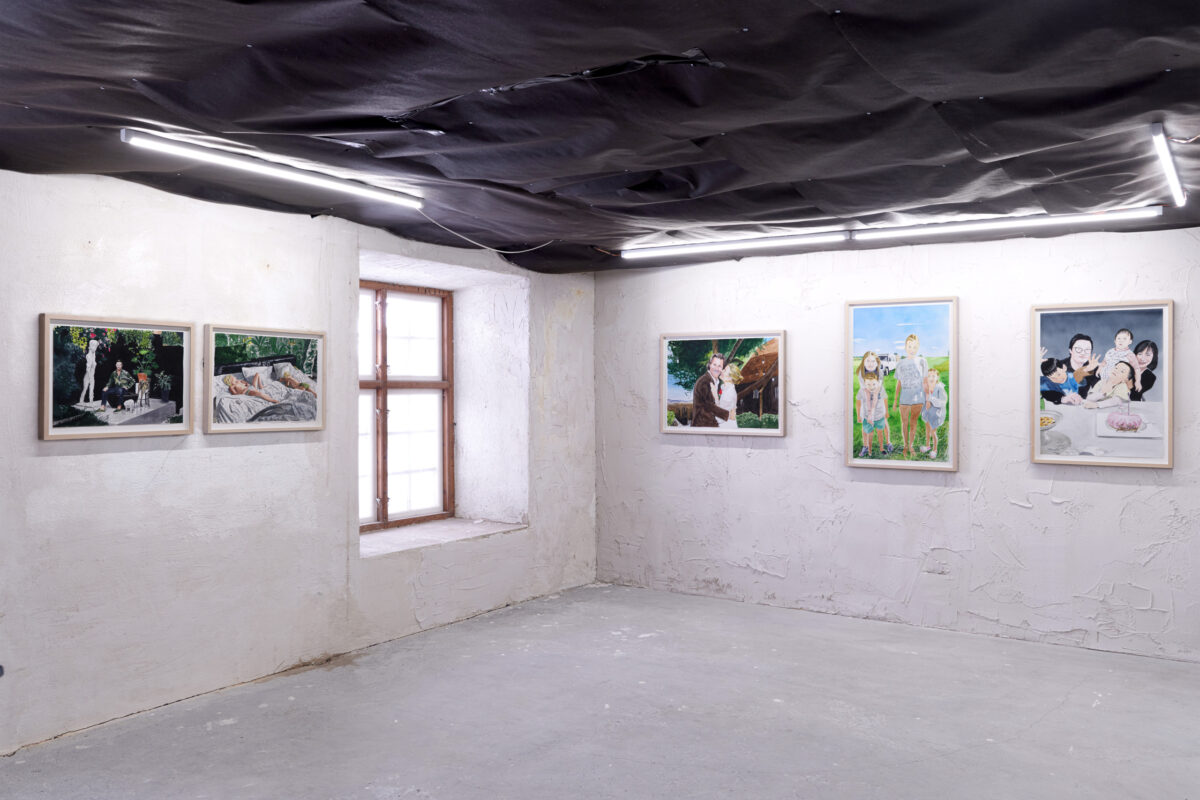 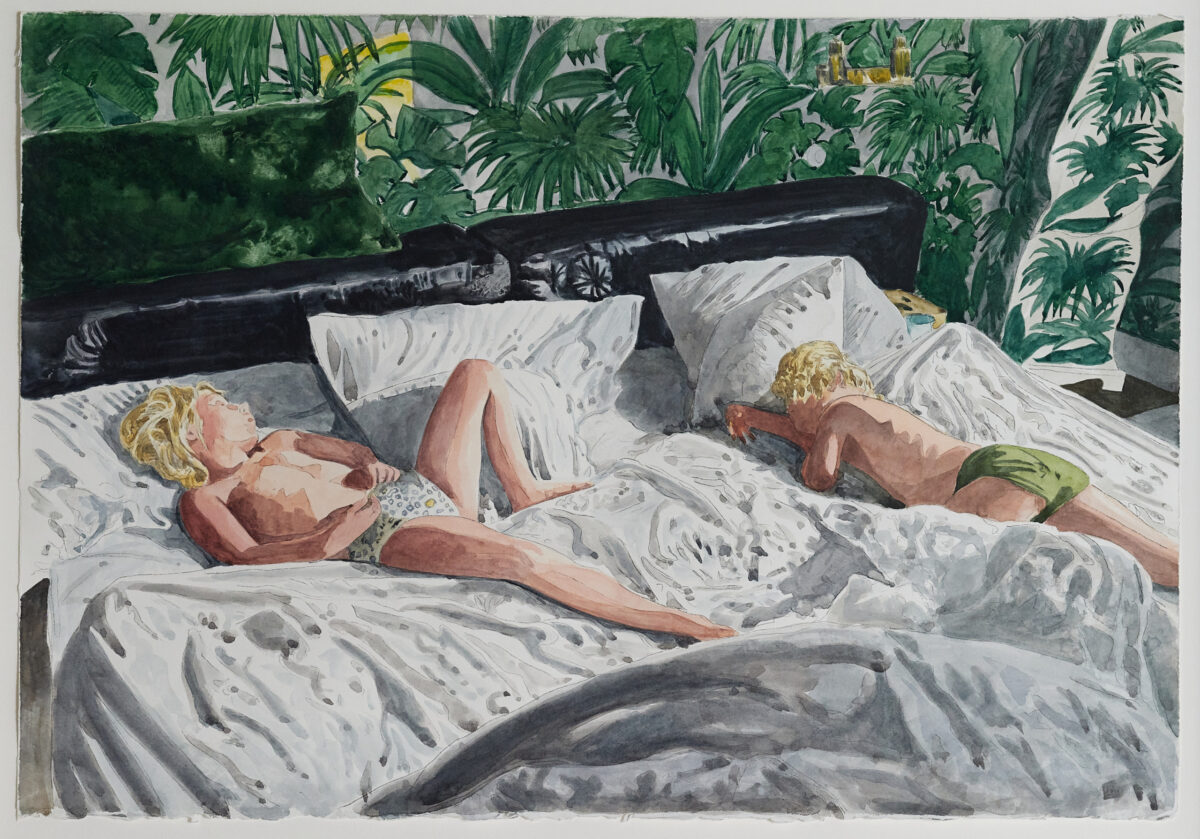 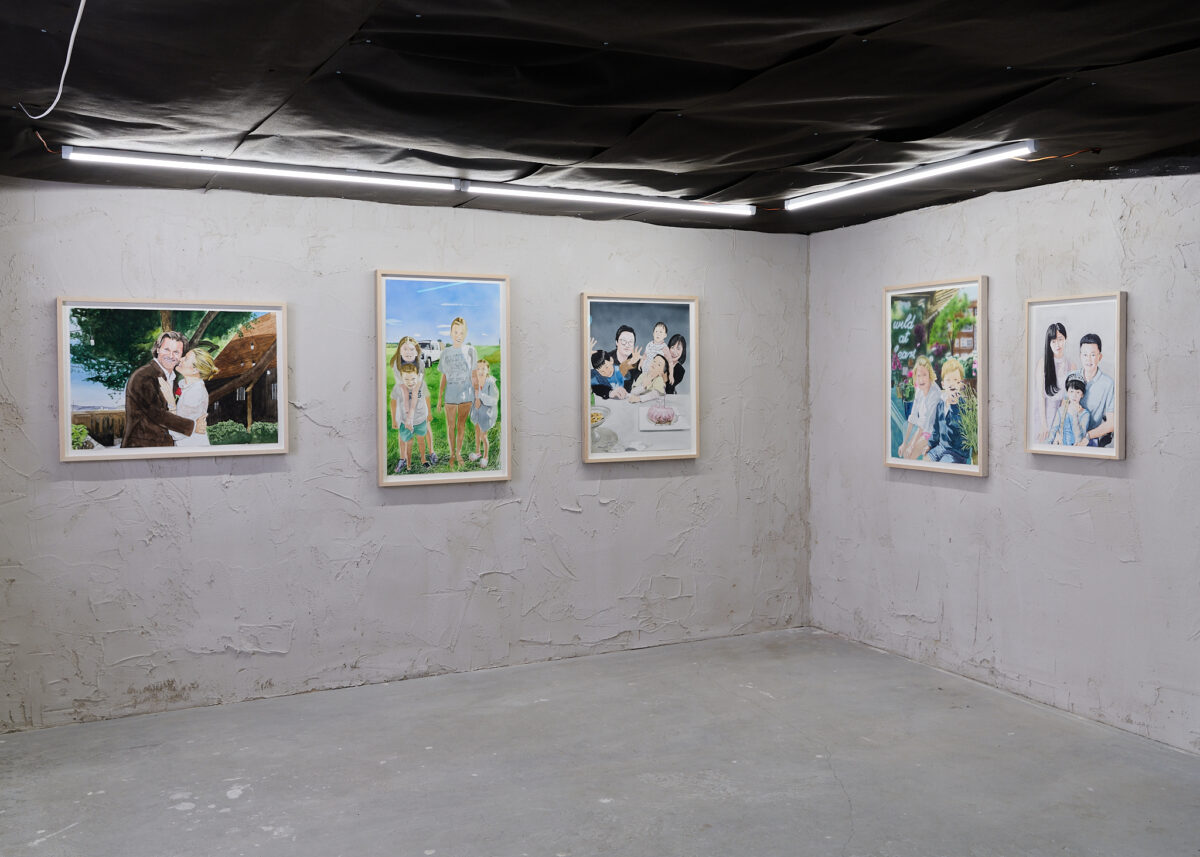 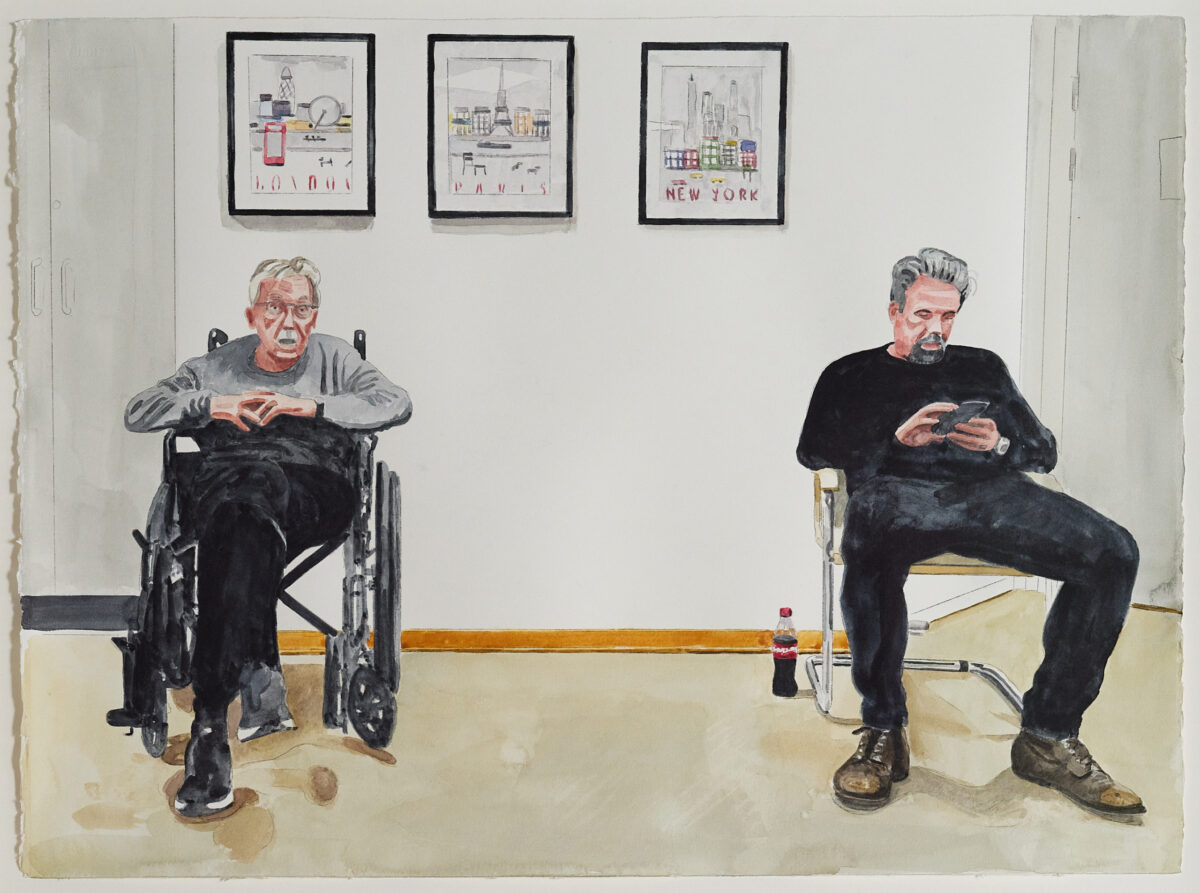 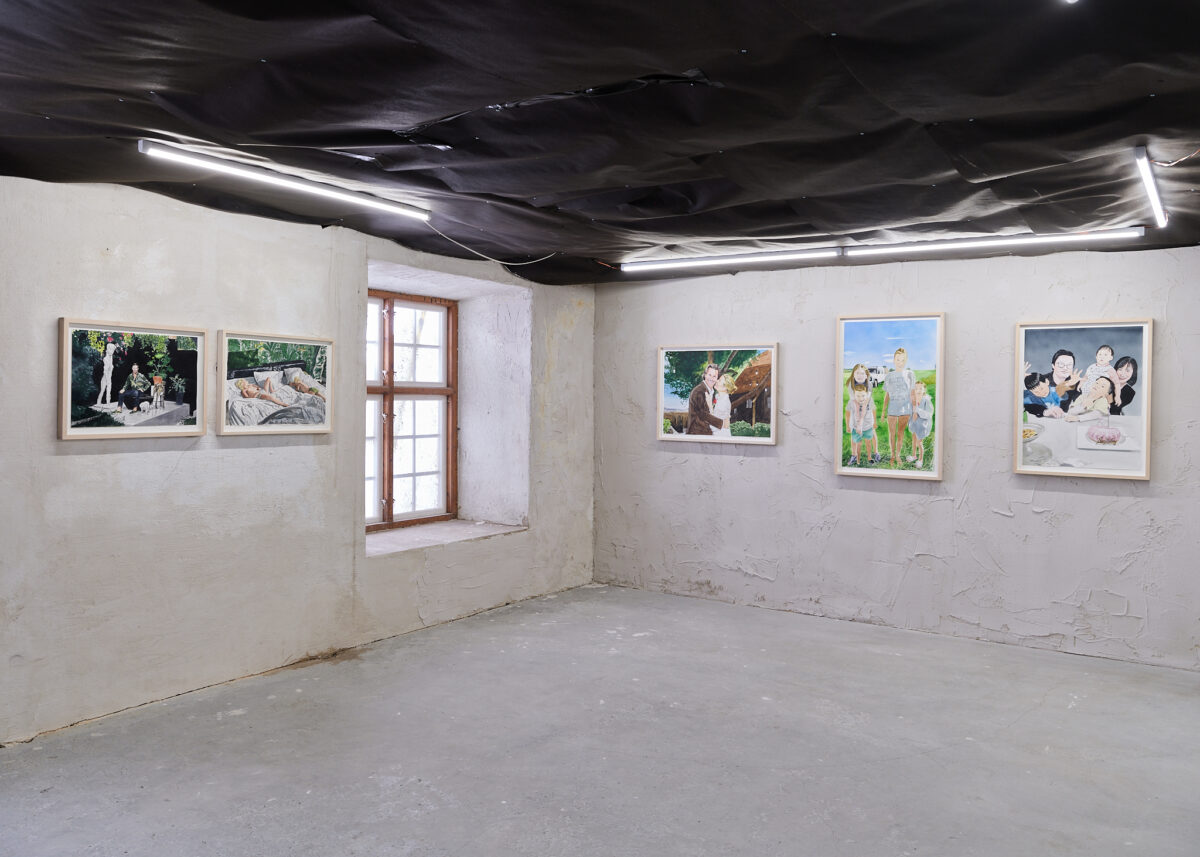 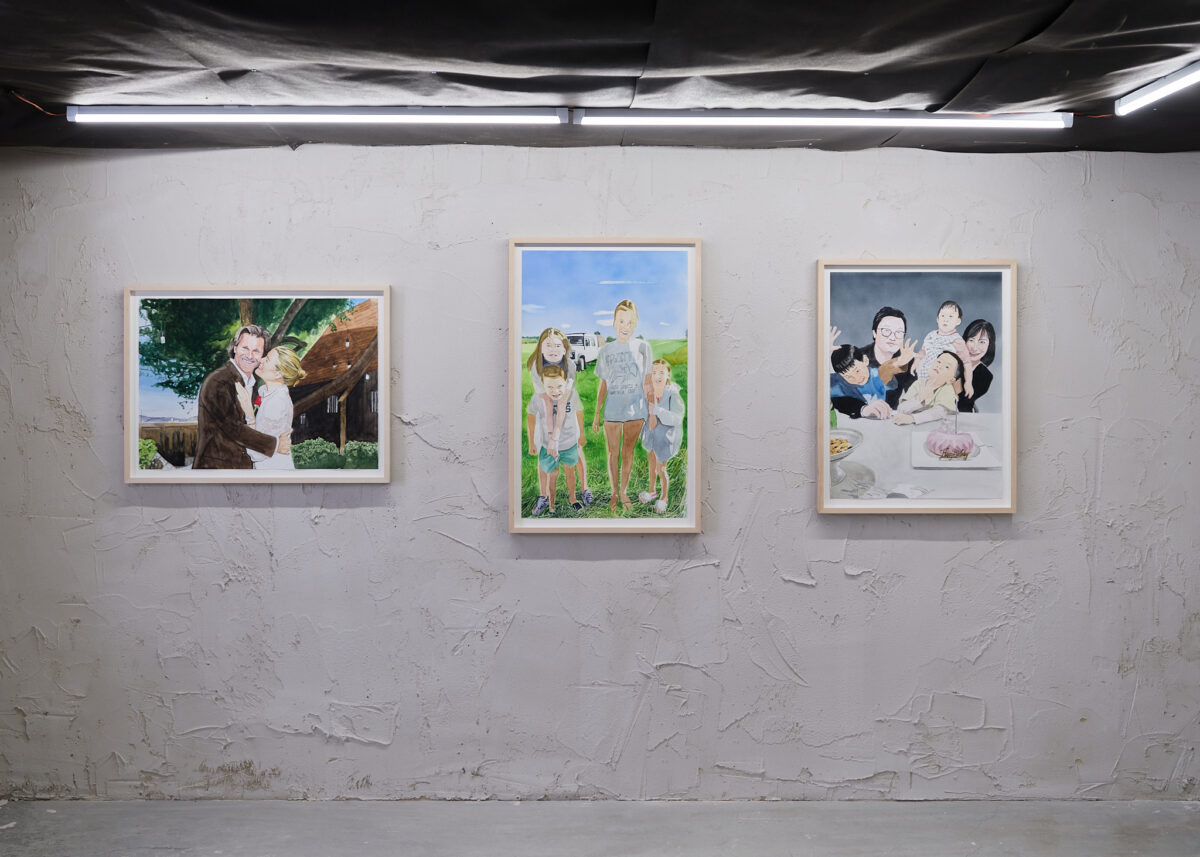 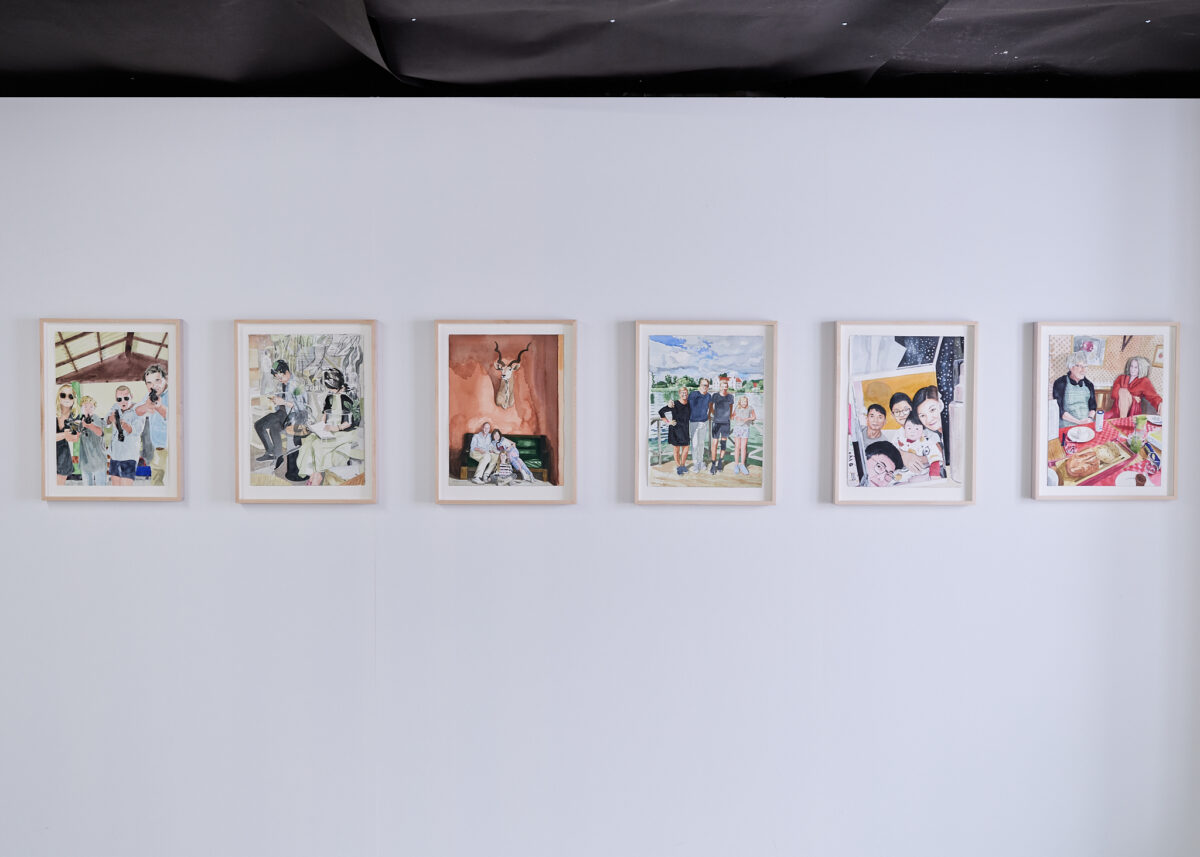 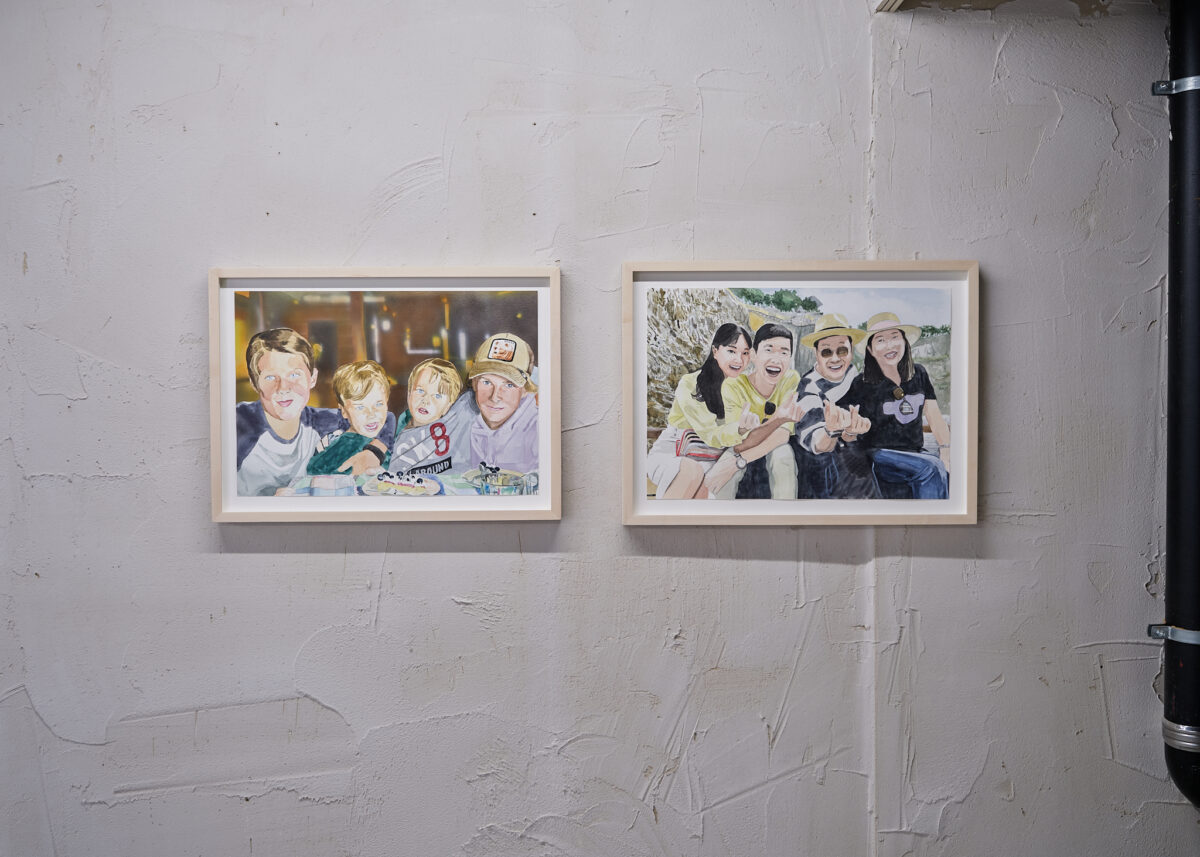 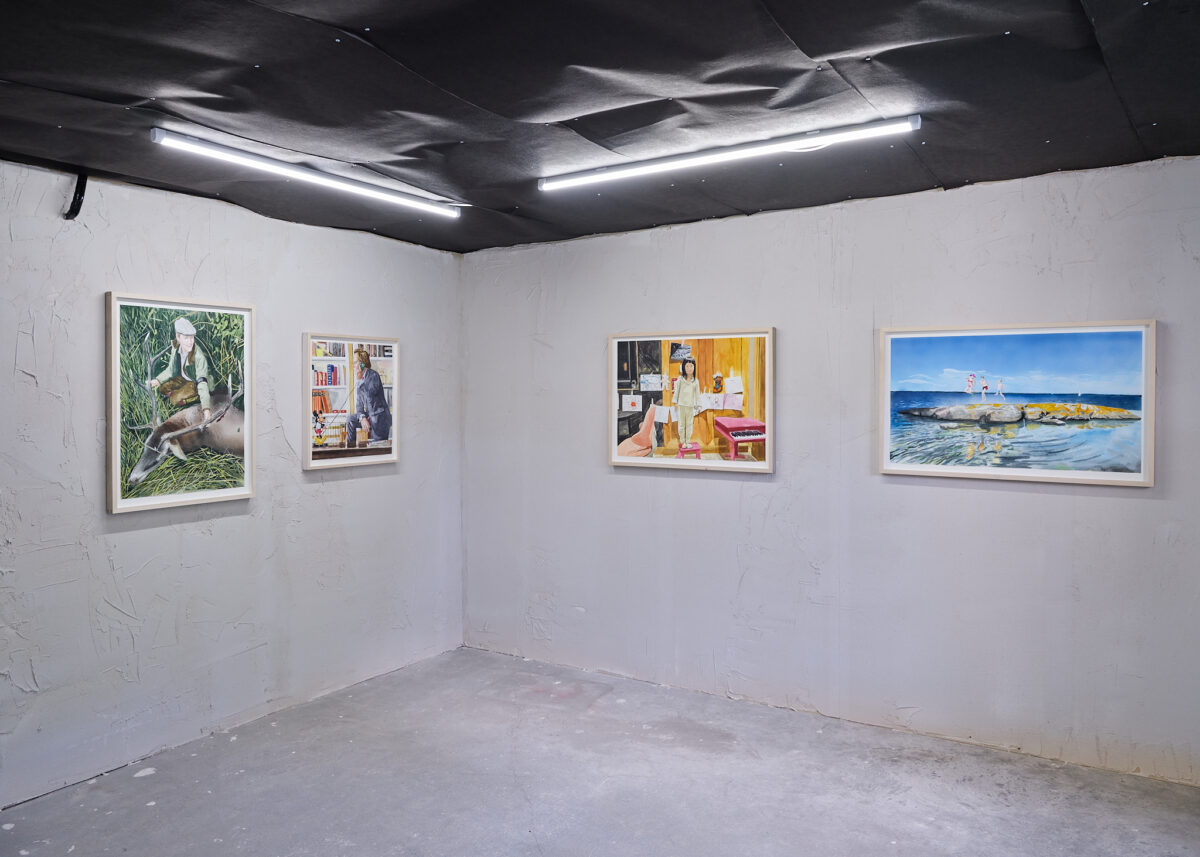 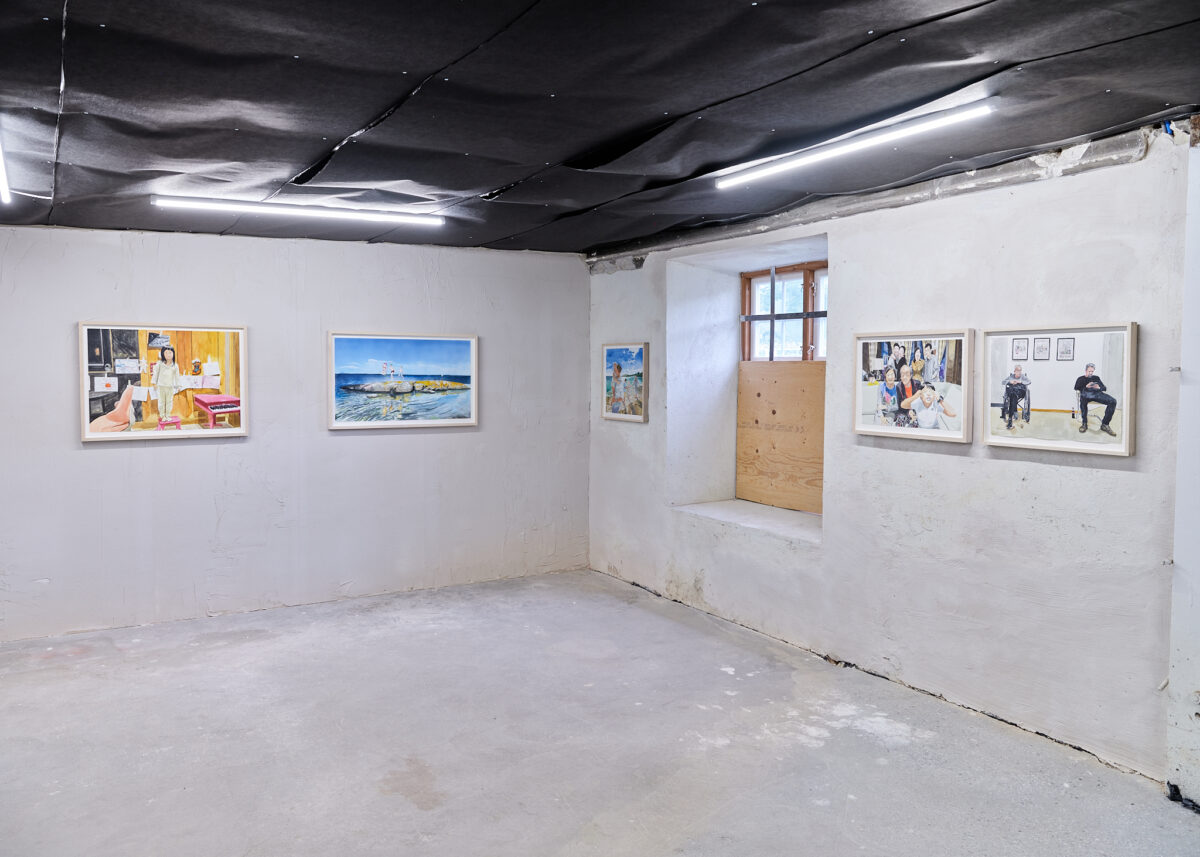 All My Friends: New Paintings by David Risley

Fictions can, with discretion, be employed in the service of reality. That idea comes to mind when considering David Risley’s latest batch of watercolor portraits, which he prefers to call paintings. Risley has, I know, been hard at work on similar paintings since before quarantine. Portrayals of his nearest and dearest (partner Jeanette, daughter Alva, stepsons Einer and Volmer), depictions of neighbors that reside in his building in Copenhagen (Skaley, a hairdresser from Ghana, for instance, shares a storefront at Vesterbrogade 77), likenesses of friends (among them, artists James Aldridge and Alex Da Corte), but also a sideline in pictures of acquaintances and others commissioned directly via his Instagram account and website.

Much like the images Risley painted for this show—thirty-three, by his count—his previous portraits began with one or several smartphone photos. Unlike most of those, his current output employs digital likenesses sent by perfect strangers (who also happen to be Carl Kostyál gallery clients) that nonetheless require final approval from their individual subjects. “Individually they look like one thing,” the artist told me, “together, entirely another.” To quote literary critic Frank Kermode, there is a tension or “dissidence between inherited forms and our own reality.” Between art and life, that is, painting and what it can represent, the prosaic facts of brush and pigment and the breezy self-defining narratives Risley’s subjects relay nearly two centuries after the invention of photography turned painted portraits obsolete. Or did it?

Risley says he relishes his role as a technician in making these pictures. I find his satisfaction more than reminiscent of Andy Warhol’s wish to become “a [screen-printing] machine.” But what sort of pictures emerge from this artist’s production line? Risley’s paintings, like portraiture itself, offer an opportunity to connect with the person or persons portrayed while gaining insights into social, cultural, political and private histories that no other type of painting can offer. Today—with an epic assist from social media—portraits continue to partake of a mirroring magic that makes people believe they are encountering a real person; or, at least, a skillfully curated ensemble of personal traits. Yet, as Risley points out, portraiture, unlike other genres, must still satisfy a demand as old as the Pharaohs: “It has to be successful as a service, as a commission.” “Like anything in the history of portraiture,” he explains, “if [the subjects] don’t like it, it fails.”

“Utram bibis? Aquam an undam?,” one character asks another in John Fowles’ 1965 novel The Magus: “What are you drinking? The water or the wave?” That question figures prominently in Risley’s most recent raft of paintings; so much so that he has titled his current exhibition The Water Or the Wave. Likenesses of well-heeled patrons captured in attitudes of work and leisure, his paintings point to a gap that exists between the thing represented and its meaning, the material world and the deceptions required to humanize or confer purpose on its loose ends. “I always thought,” Risley says about his deceptively simple and enigmatic portraits, “that the subject of a painting contained the meaning, but the more I look, the less true I believe that is.” Things hang in the balance: The water and the wave.