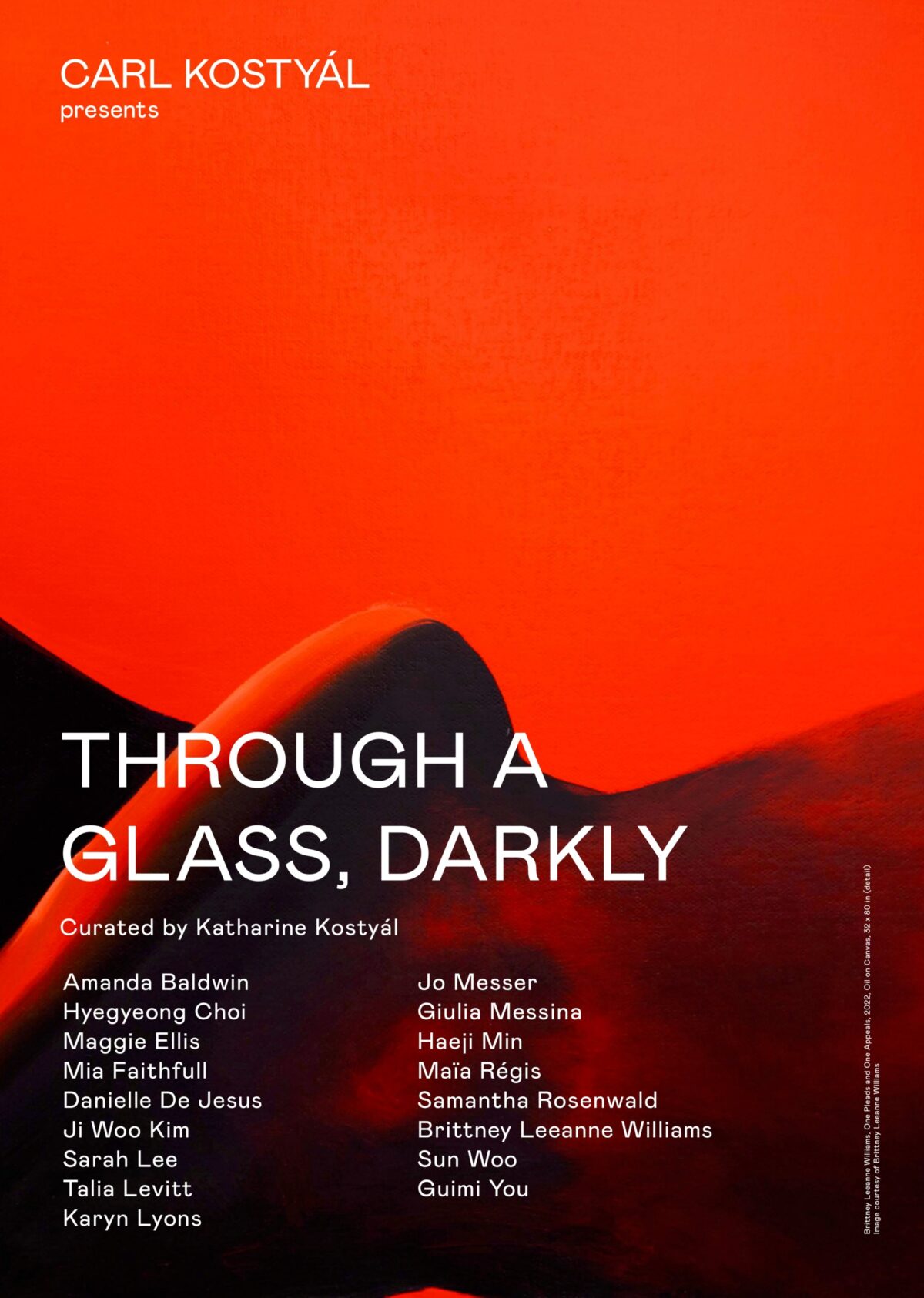 “For now we see through a glass, darkly; but then face to face: now I know in part; but then shall I know, even as also I am known.” ​Corinthians 1:13​

‘Through a glass, darkly’ takes as its point of departure the invective of St Paul that our earthly vision of the world is necessarily obscured and imperfect and Ingmar Bergman’s 1961 film of the same title, specifically as it relates to its troubled central character Karin, who functions as both object and subject of the drama. ​

The exhibition seeks to cast an unflinching, female and painterly eye on how ideas about the female form, womanhood, and the natural world fare in the frequently messy interface between meatspace and the digital realm, which too often perpetuates a standard fetishization of ‘woman’ and the age-old prejudice that nature is something to be measured and tamed by human exceptionalism.​