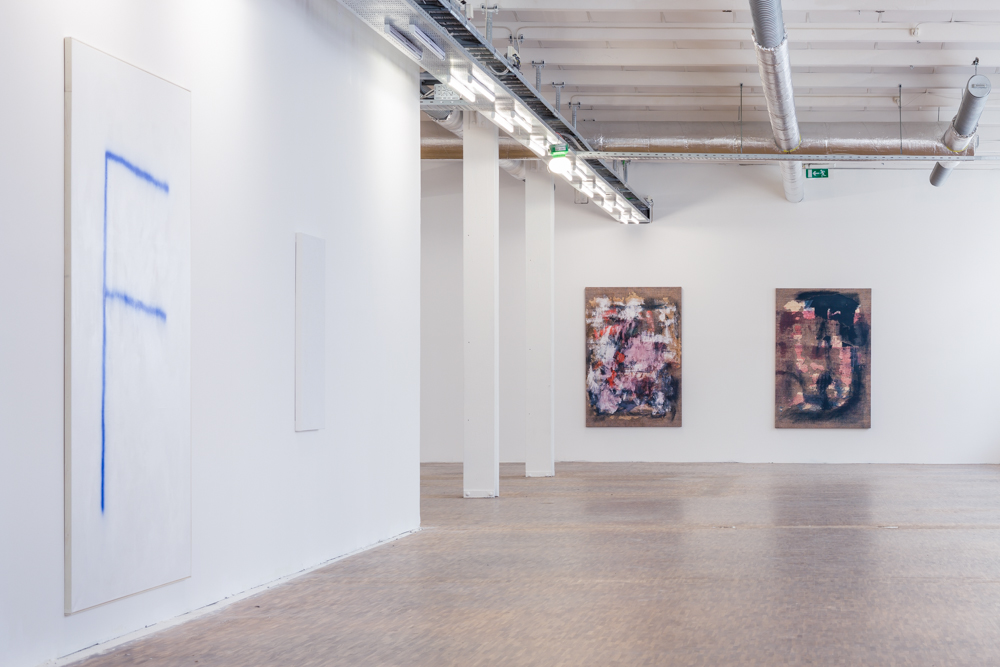 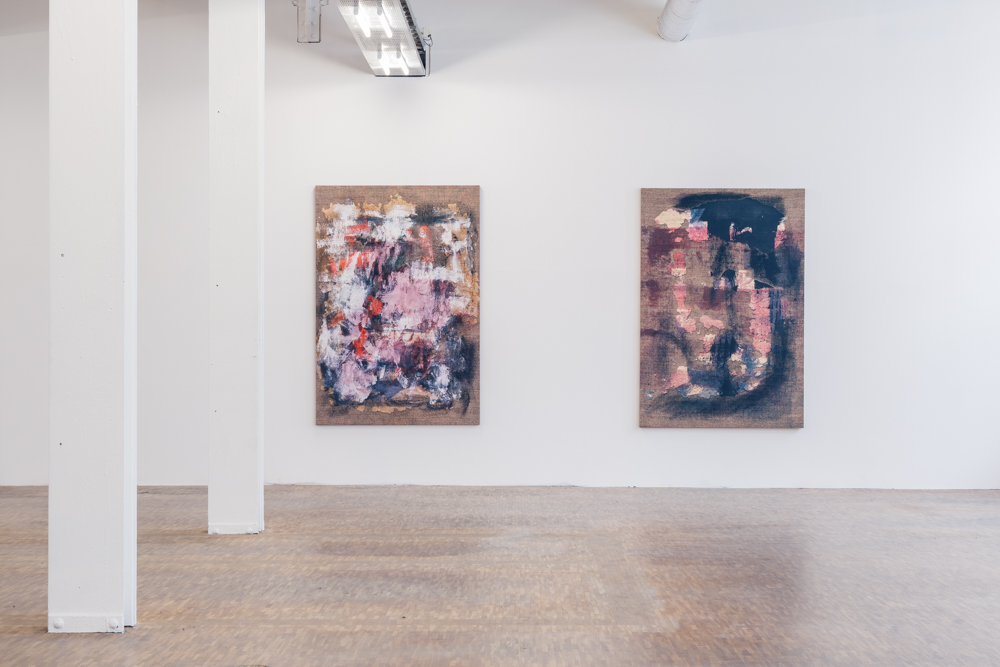 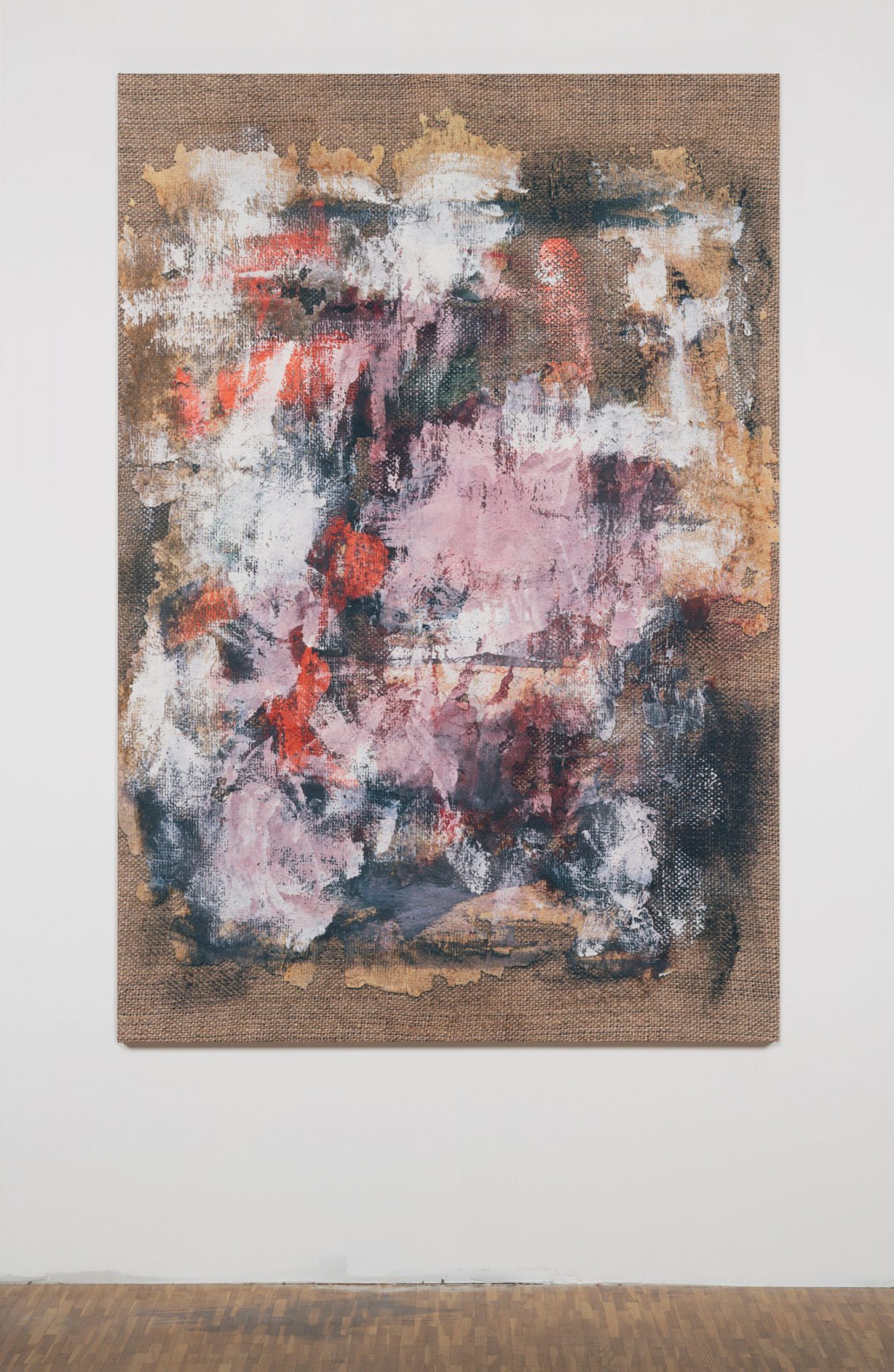 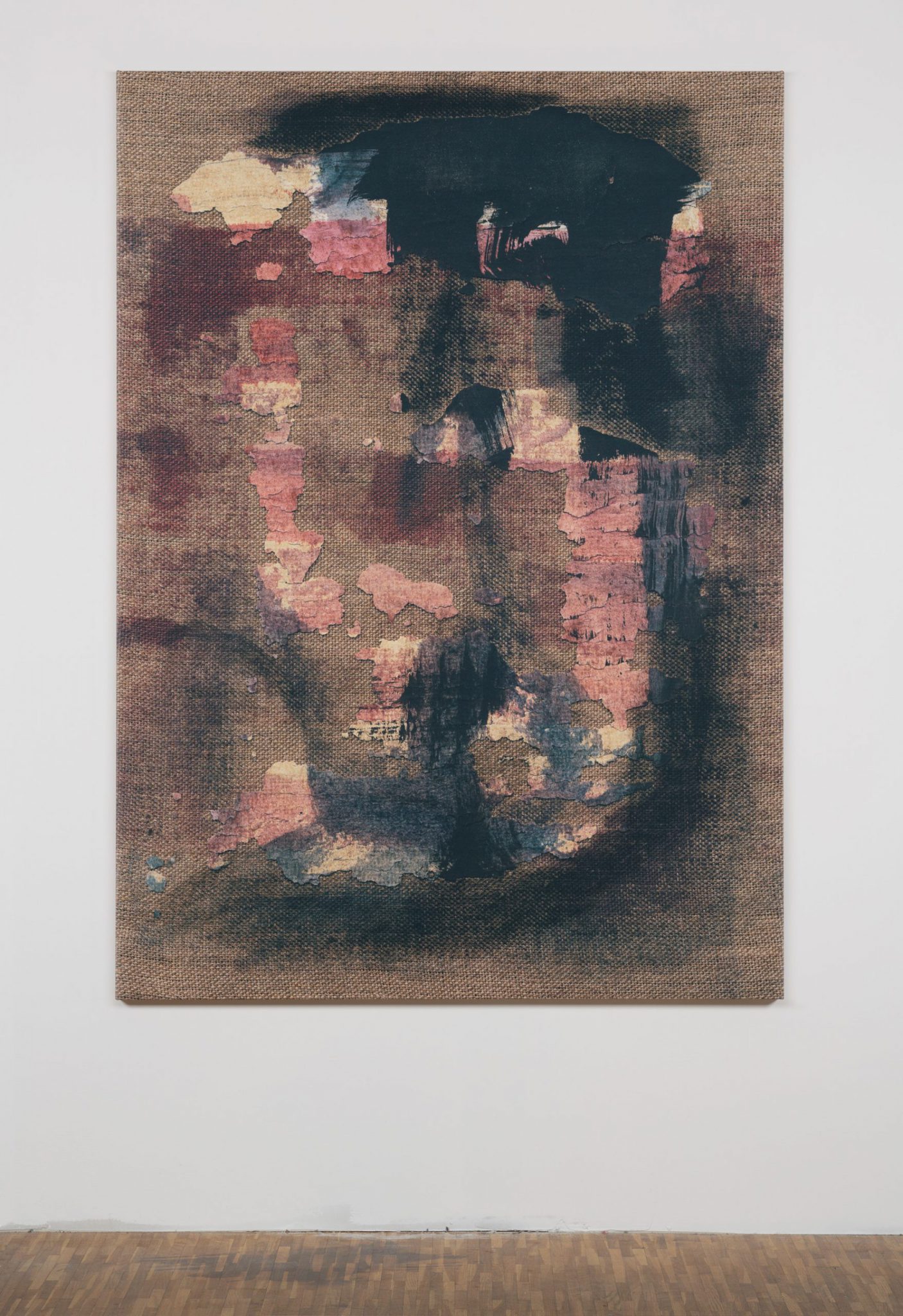 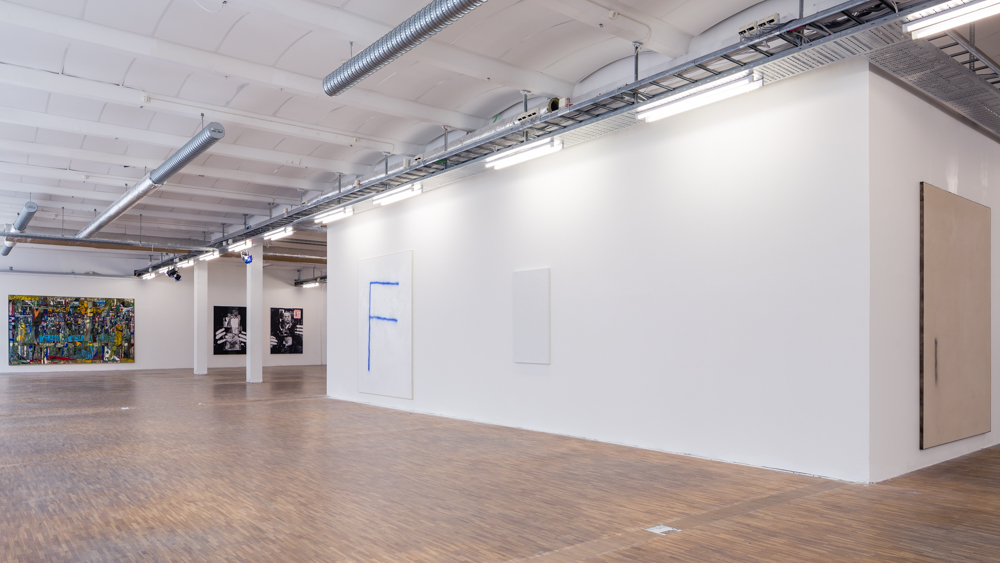 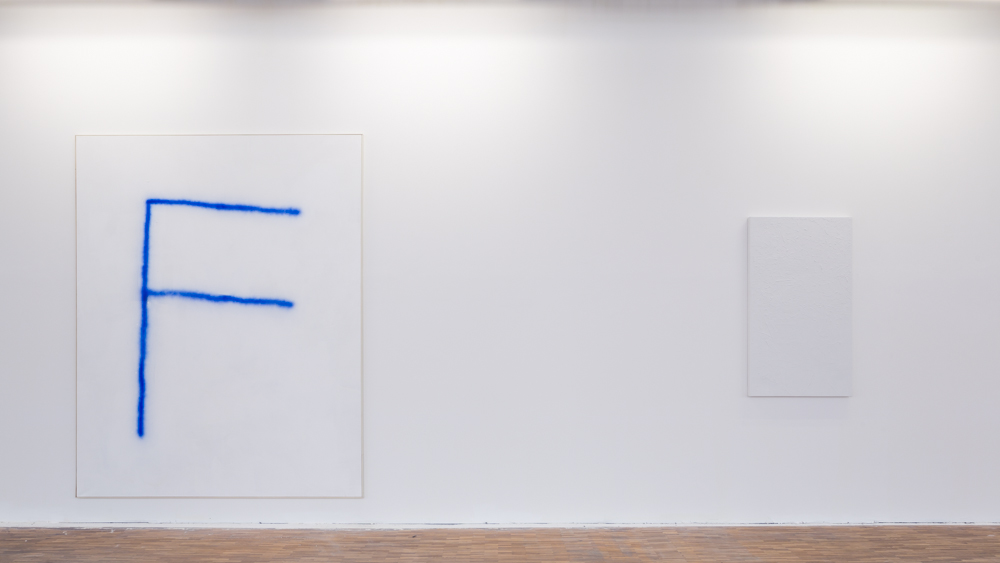 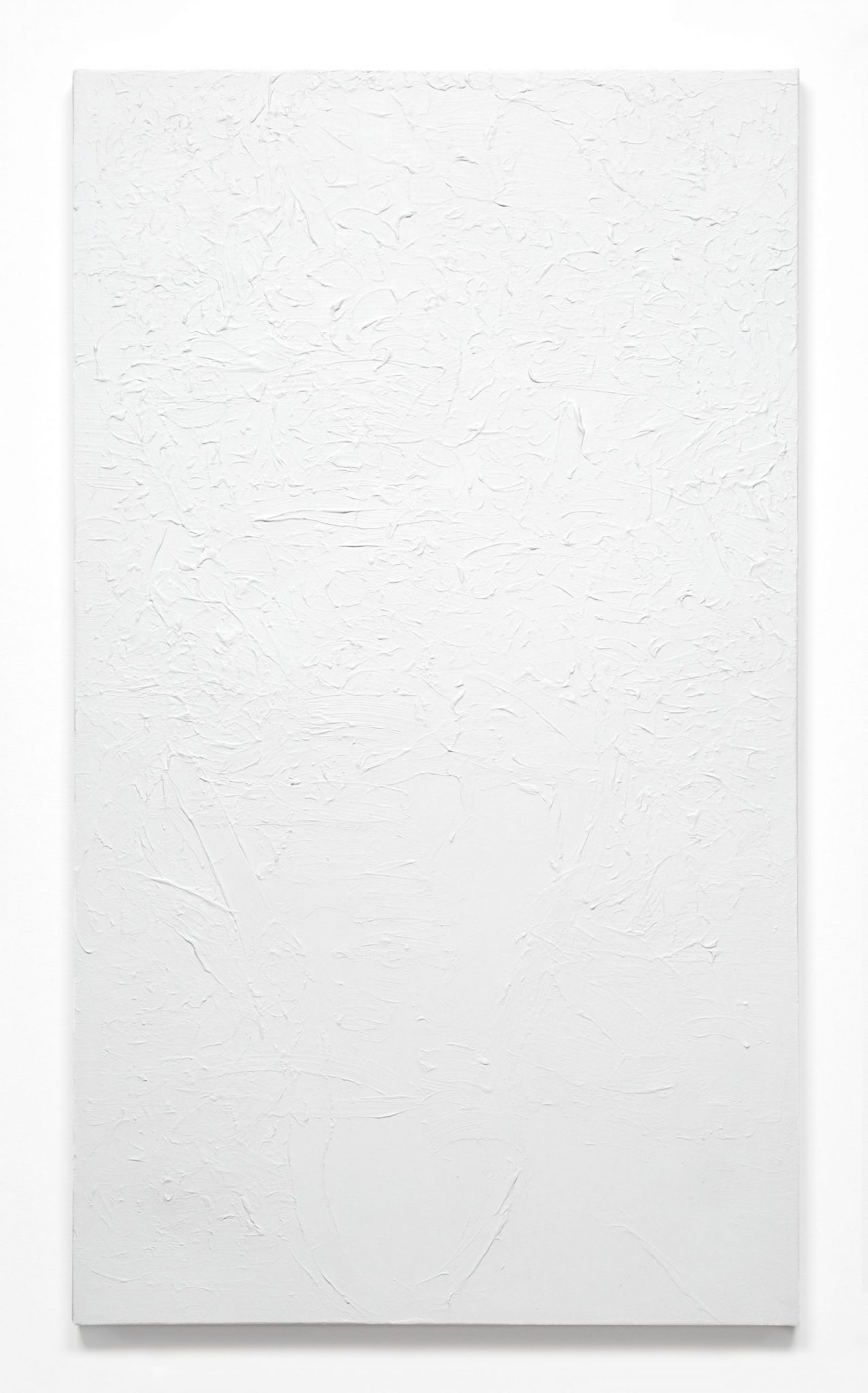 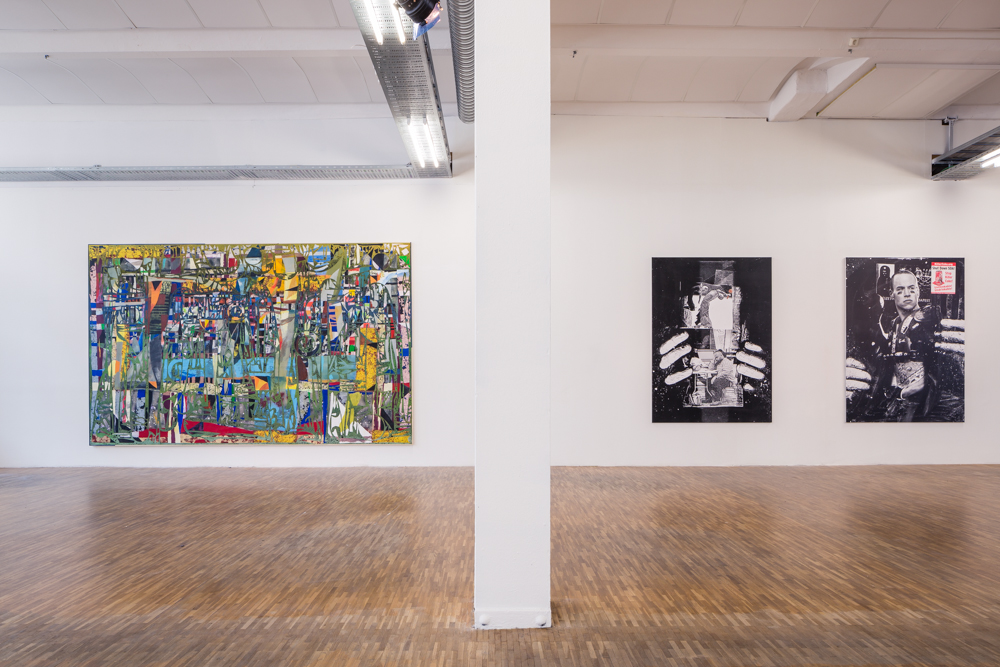 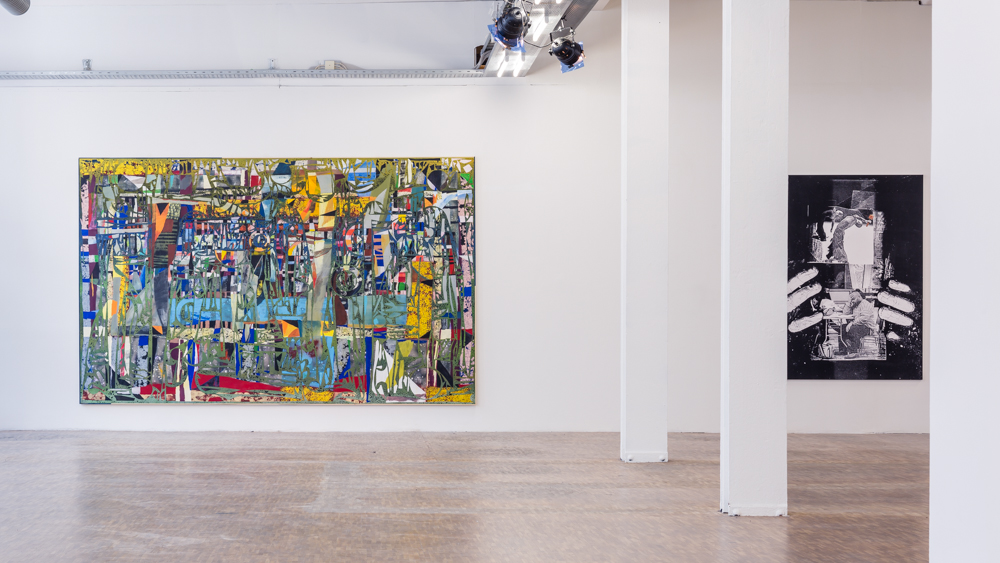 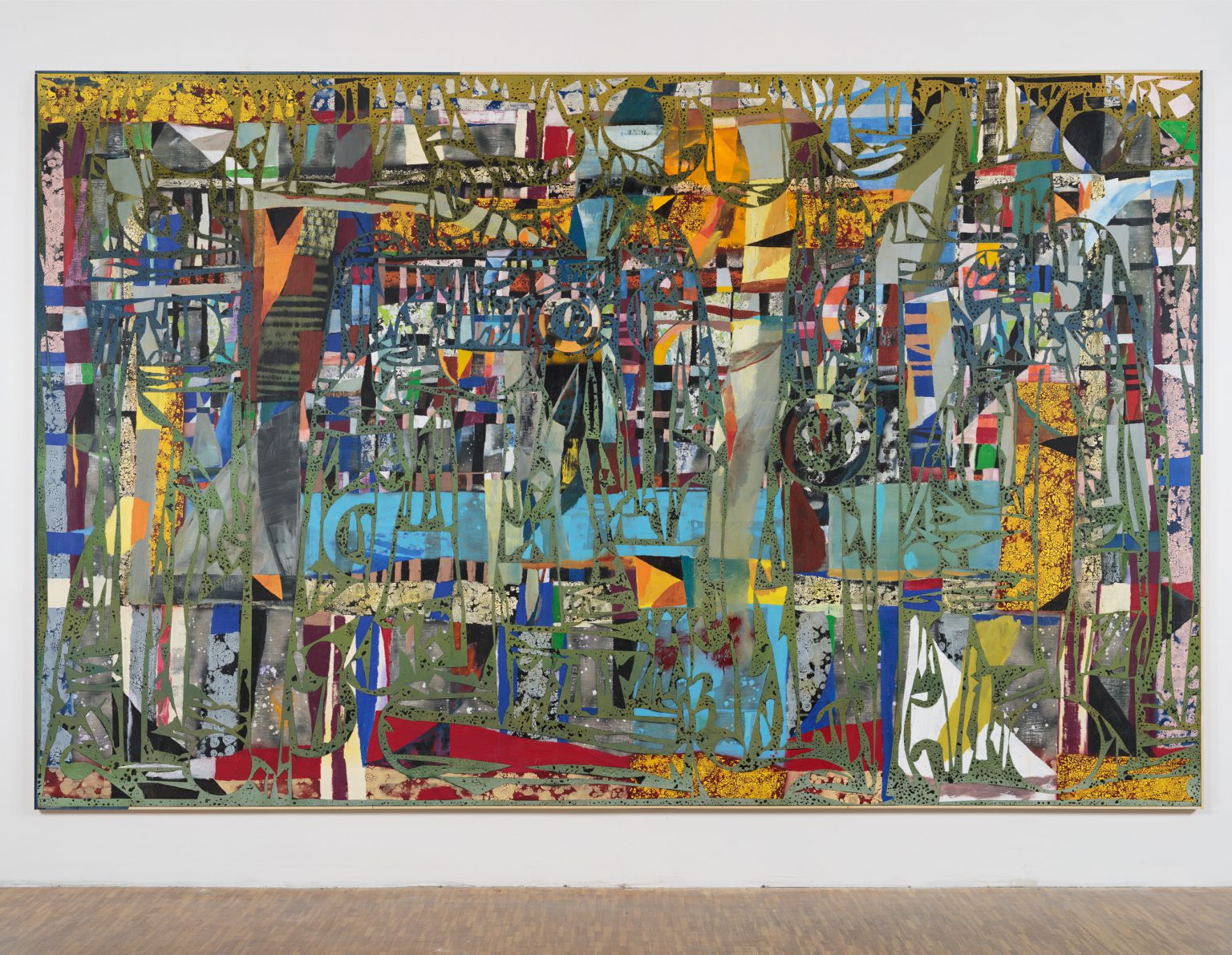 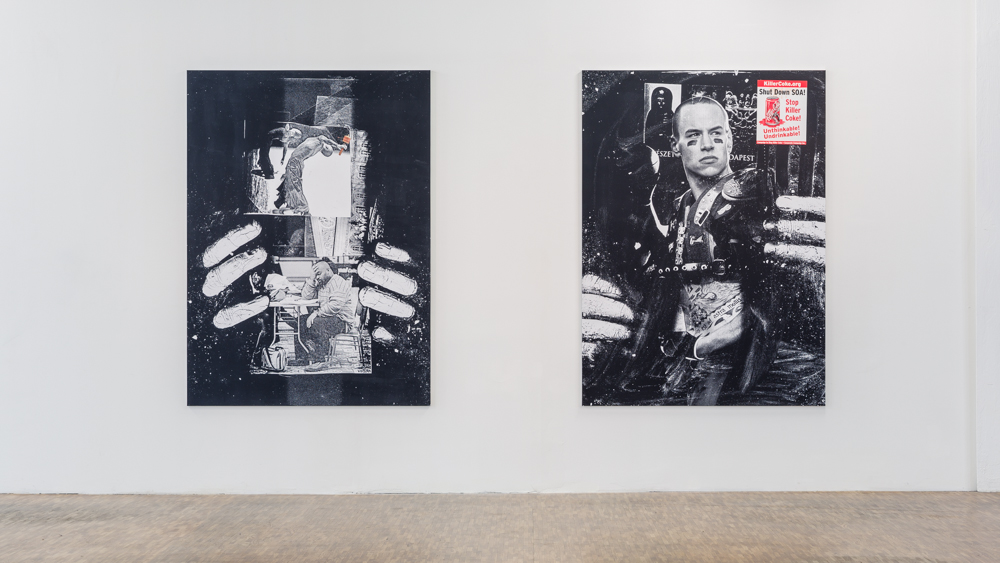 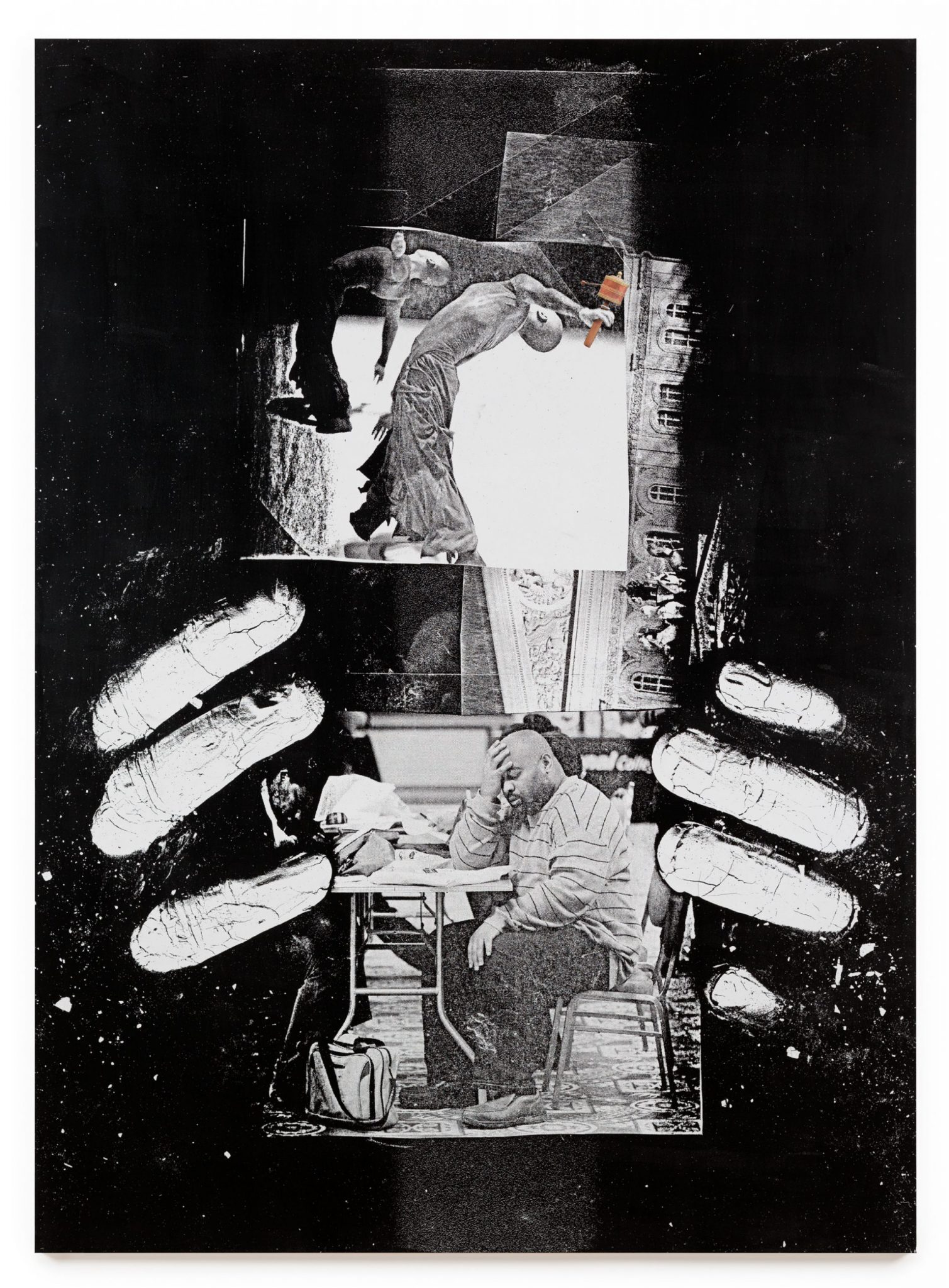 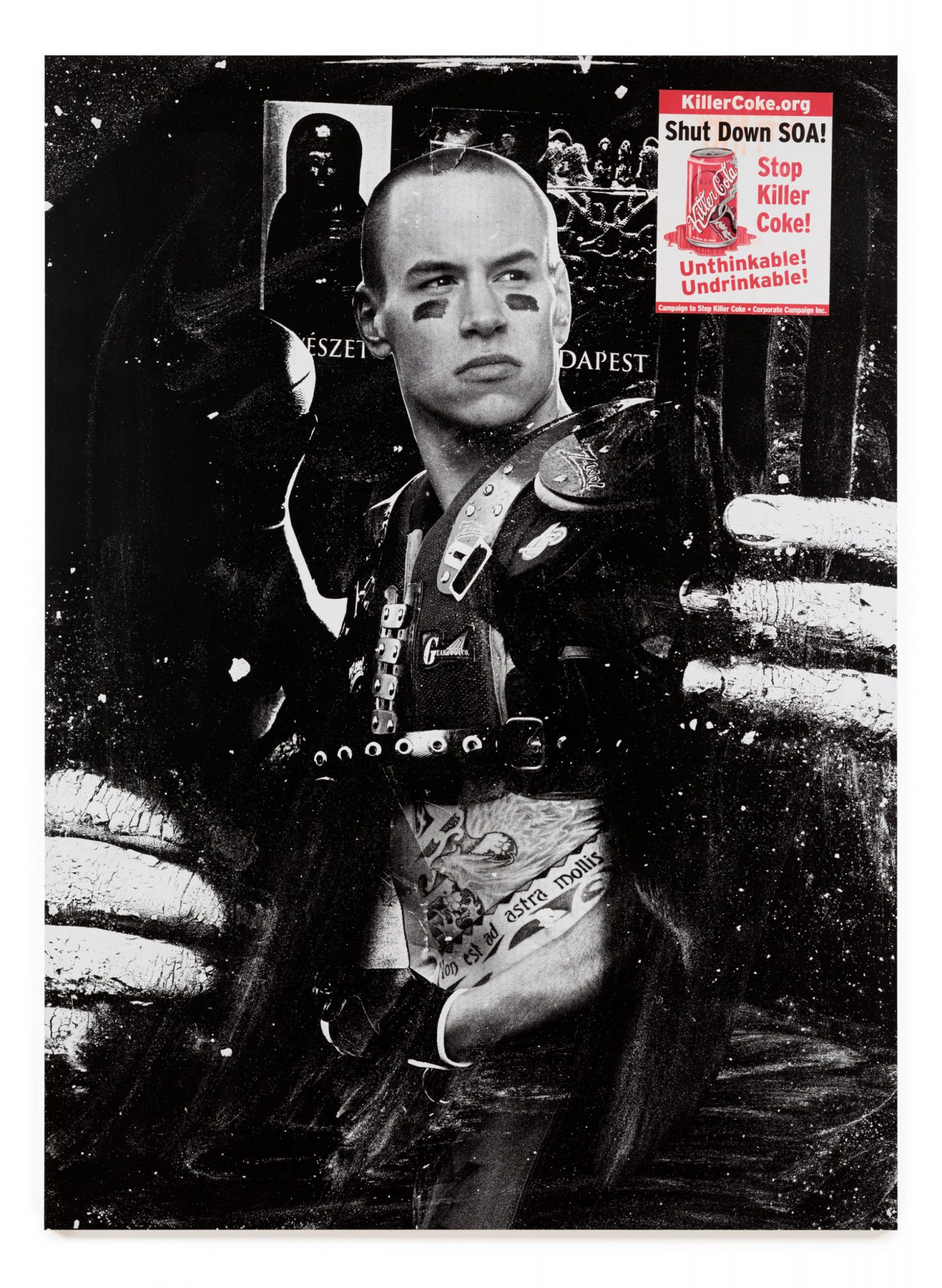 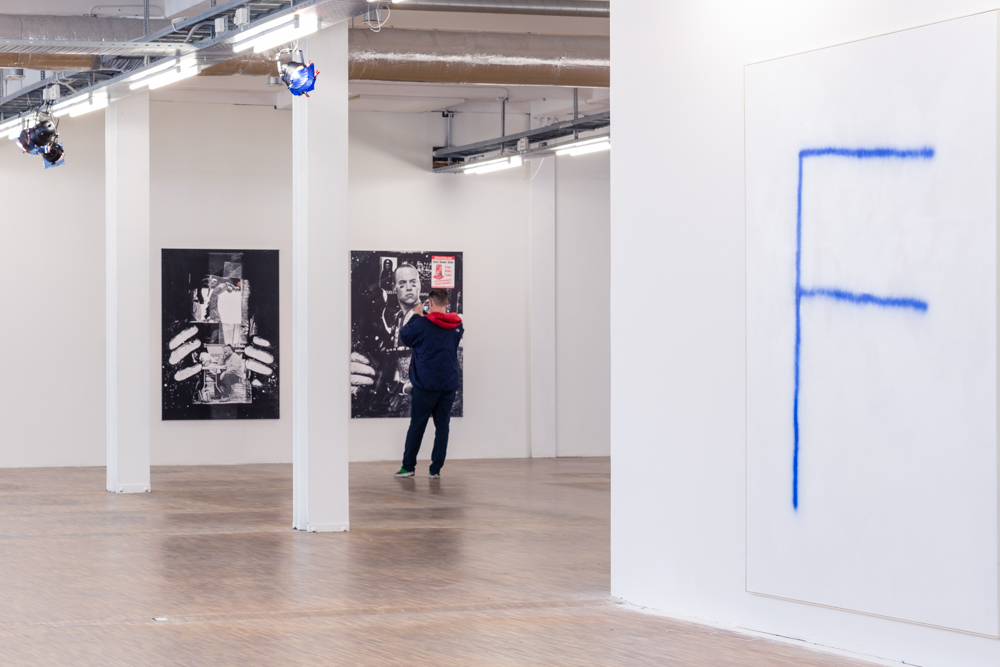 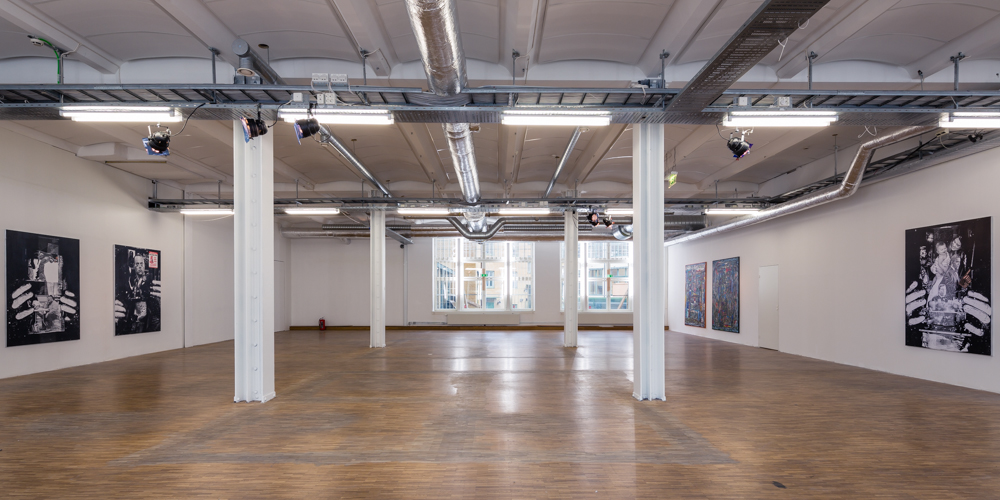 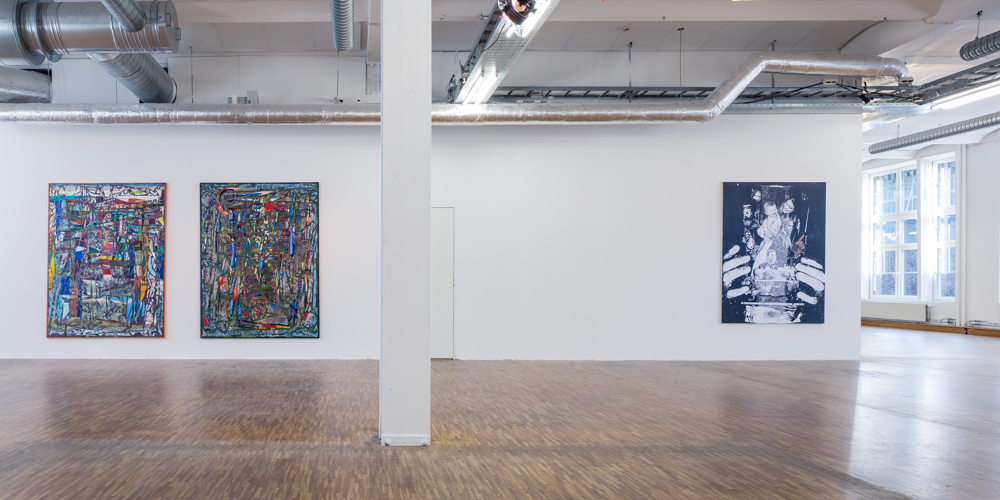 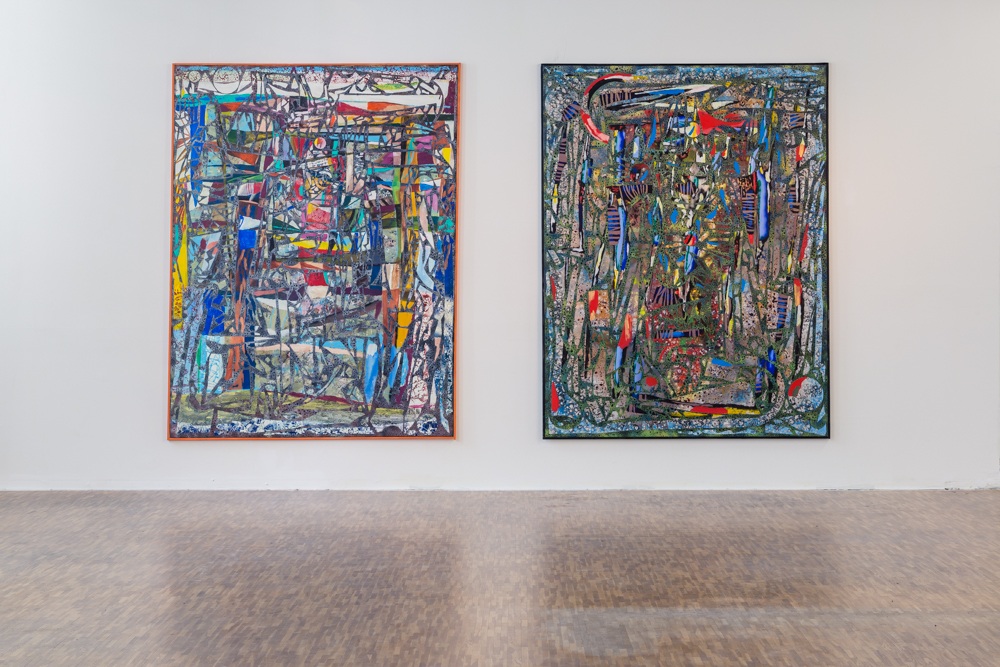 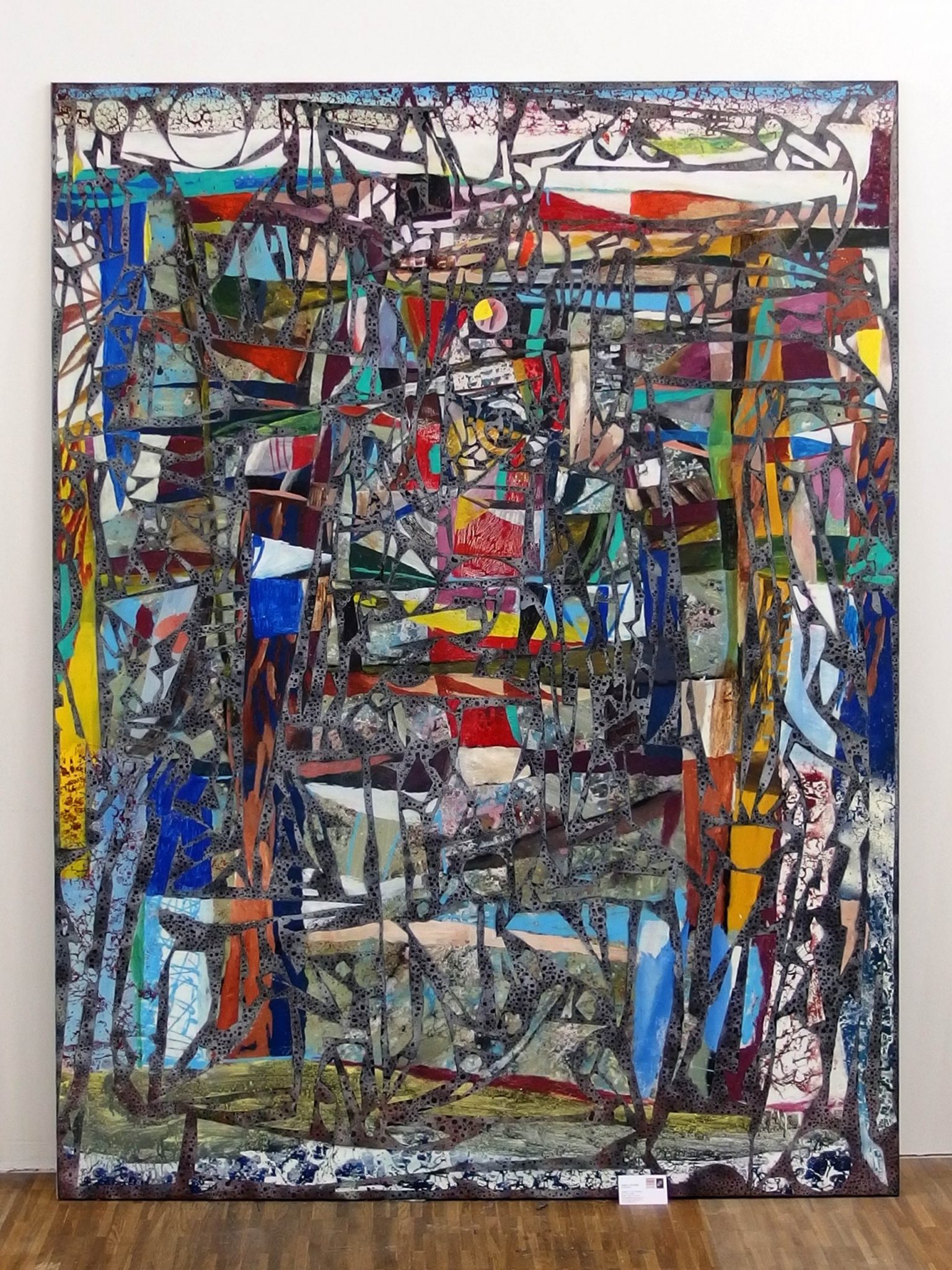 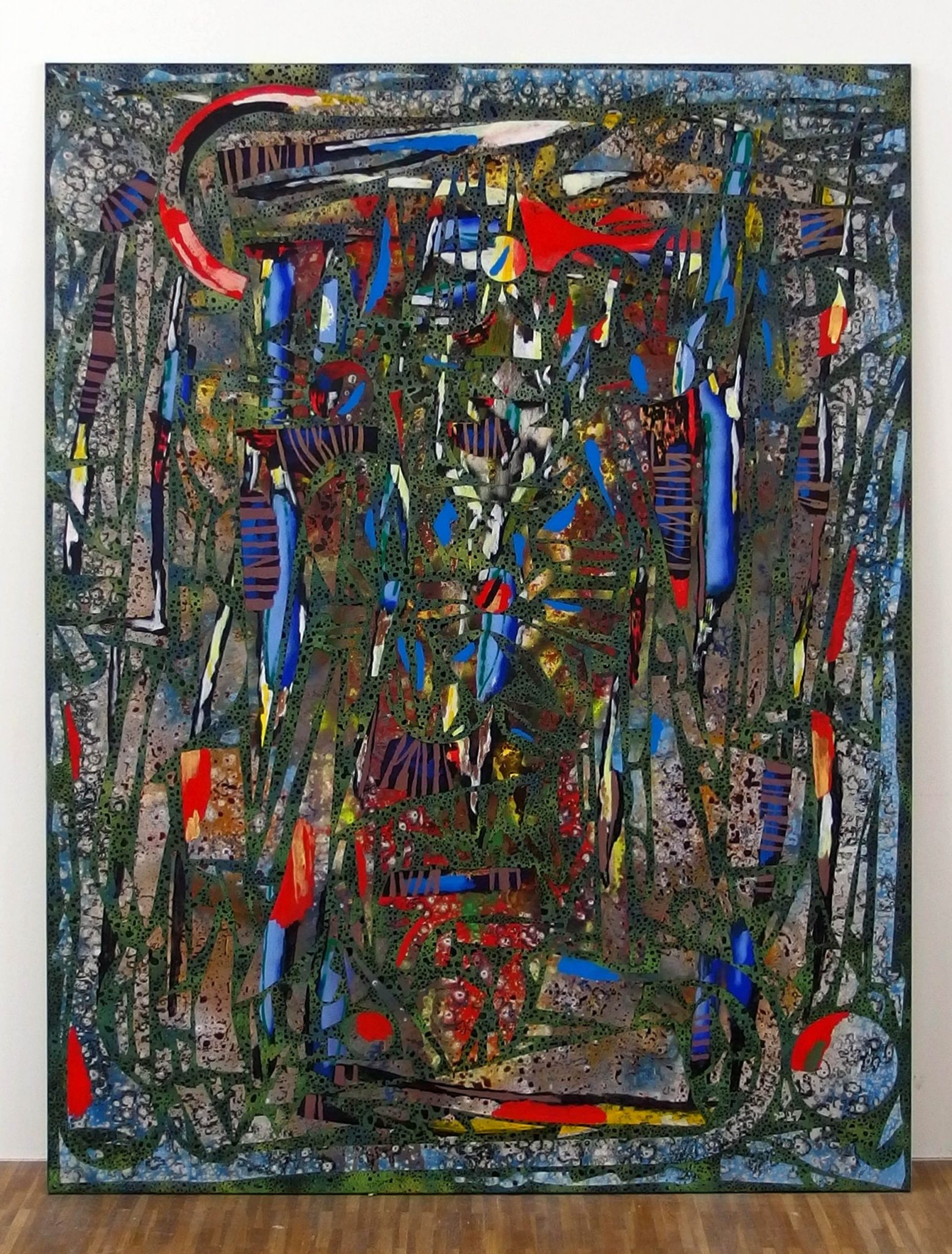 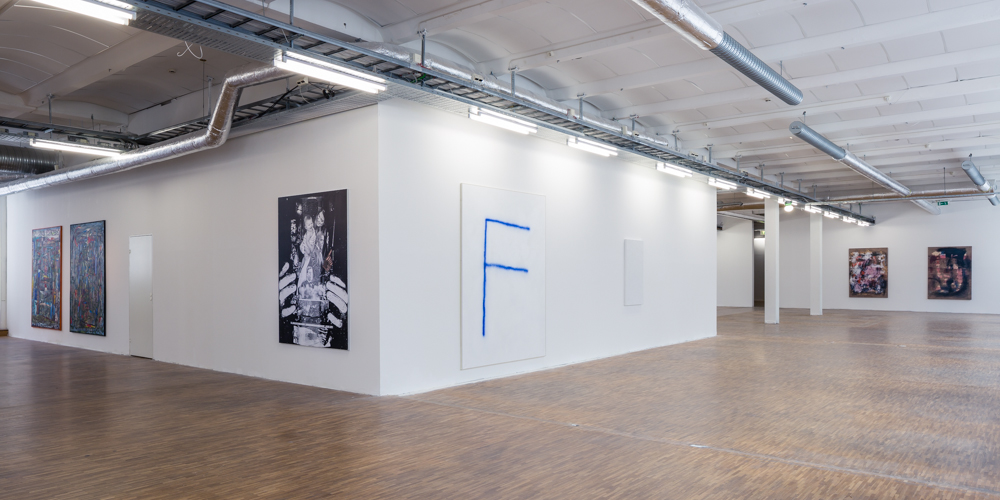 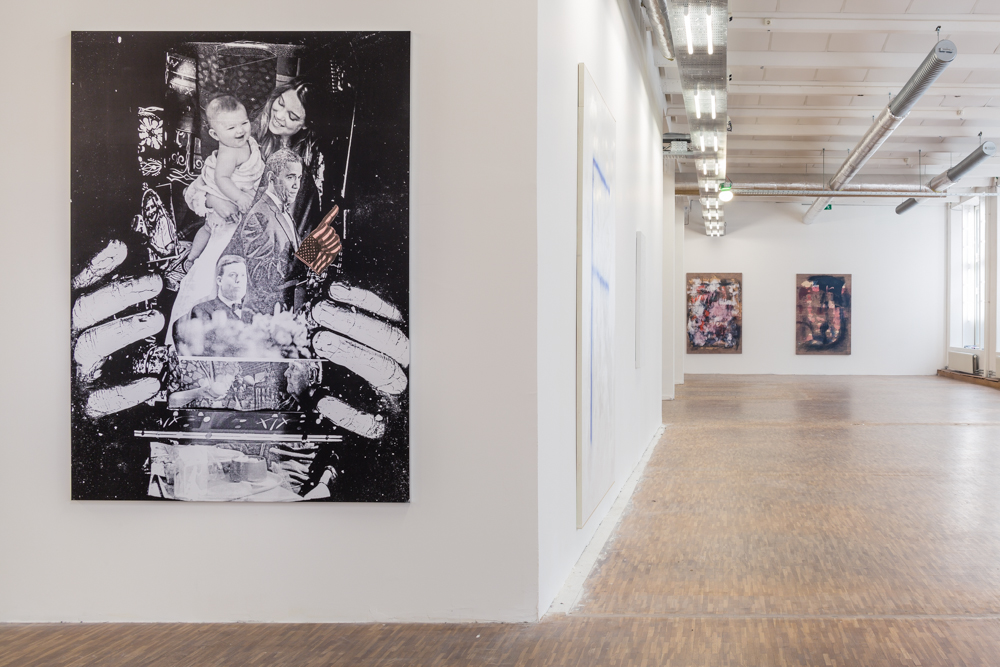 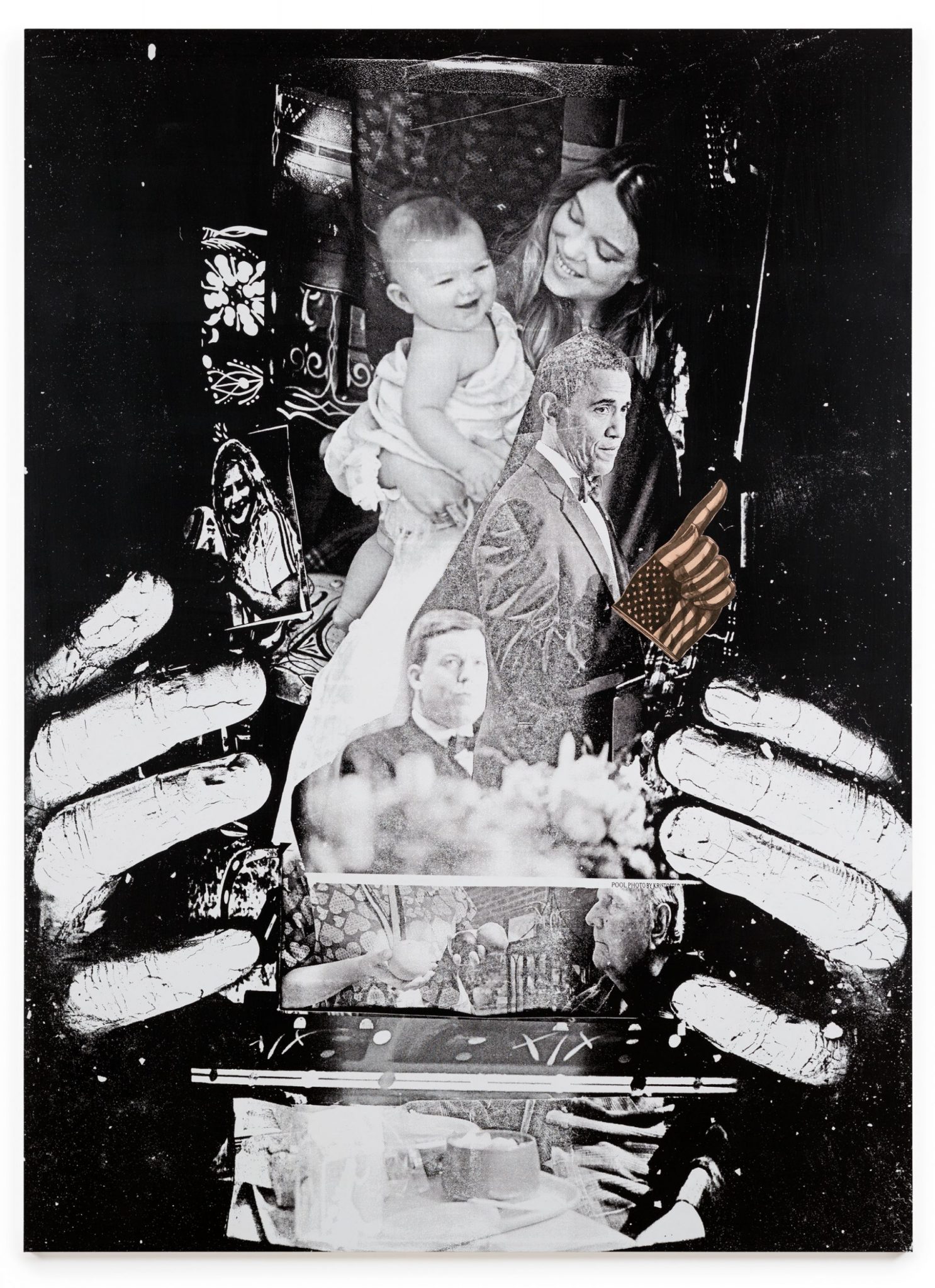 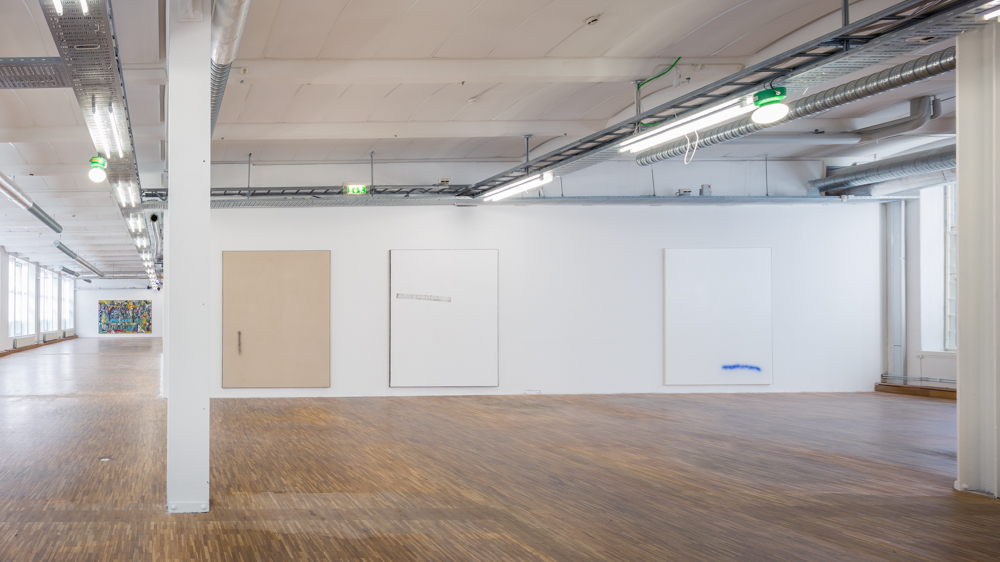 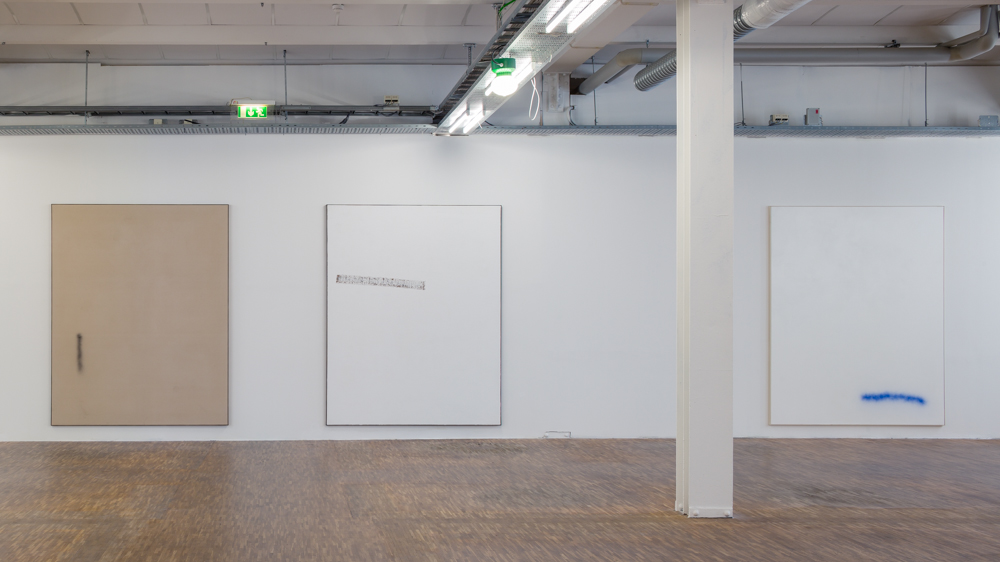 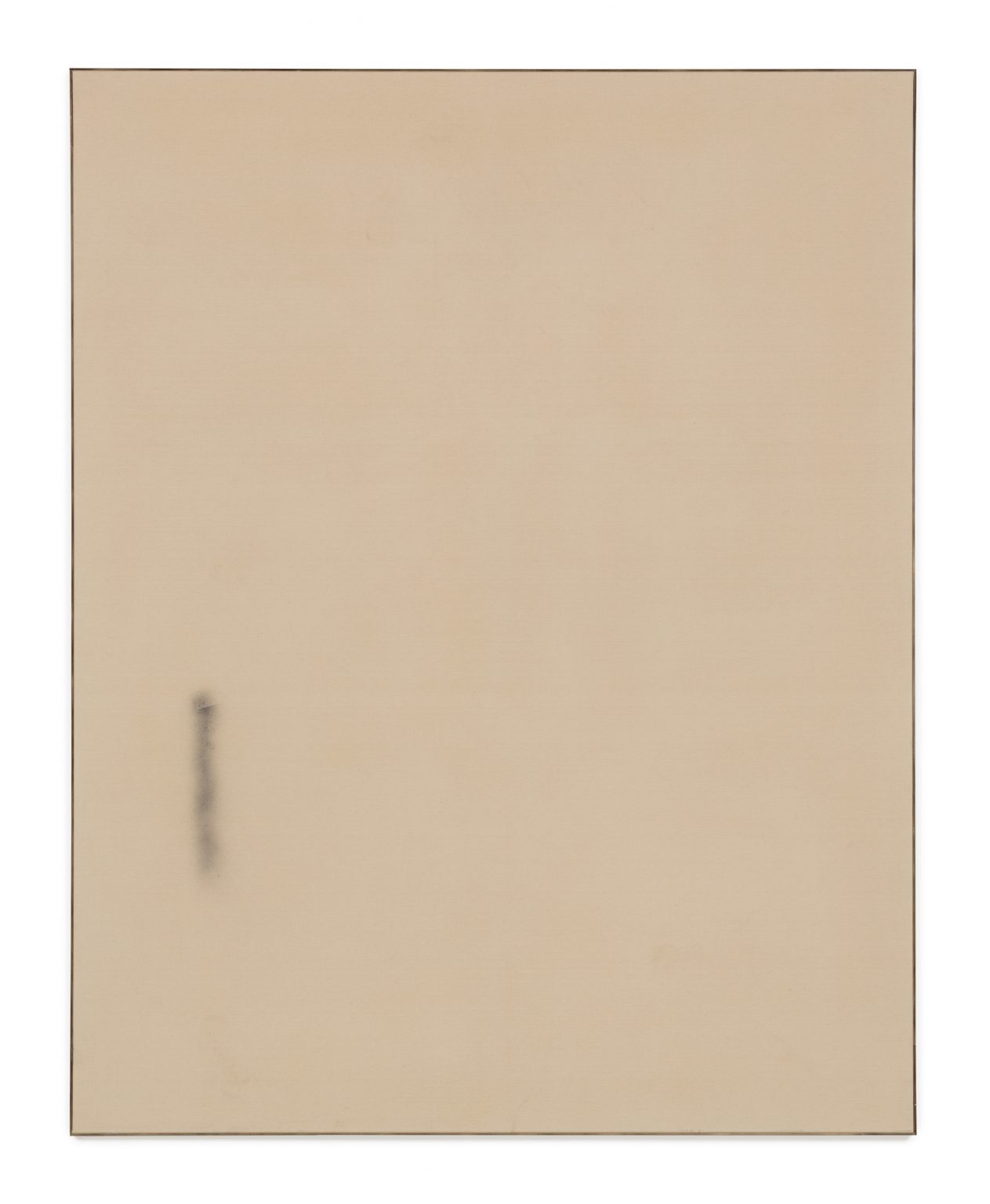 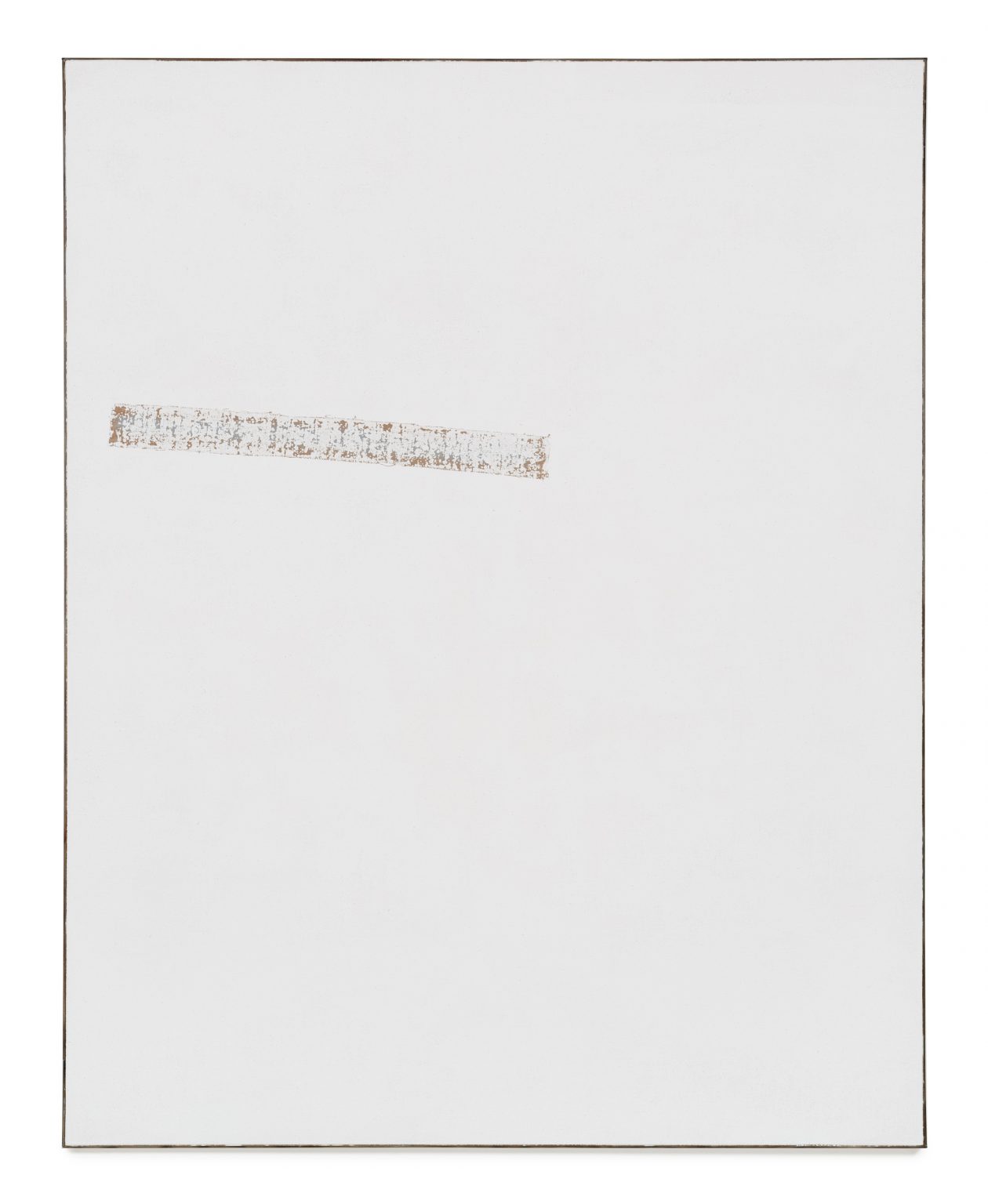 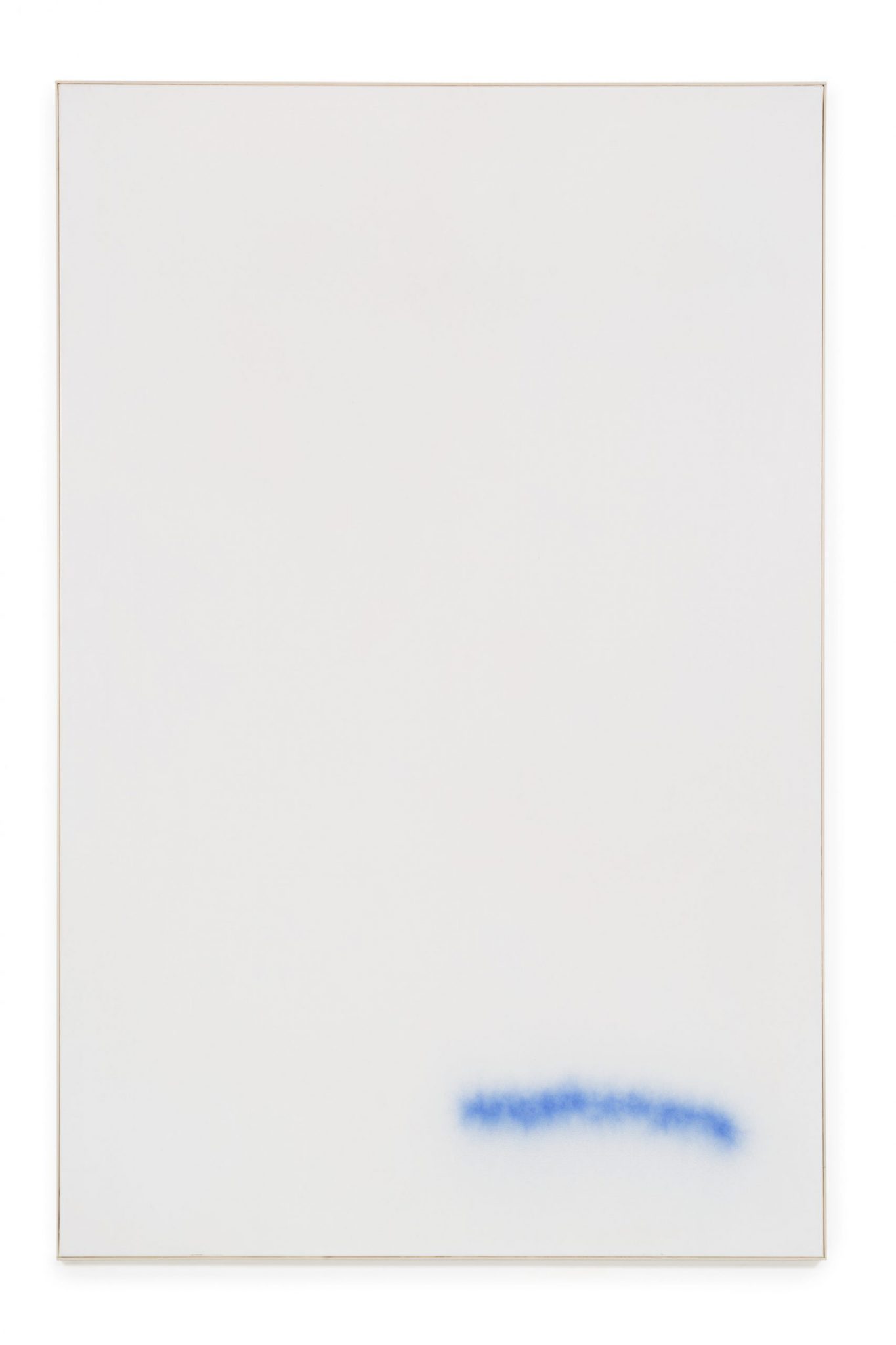 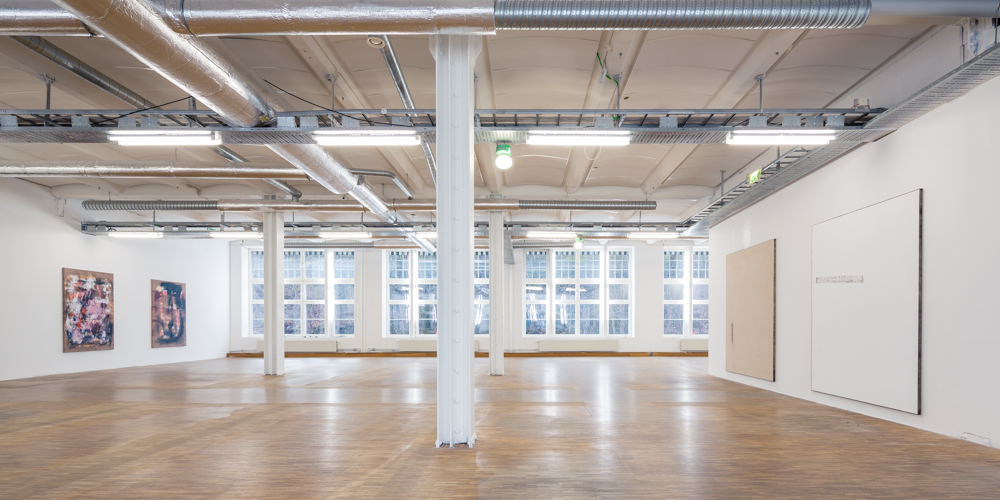 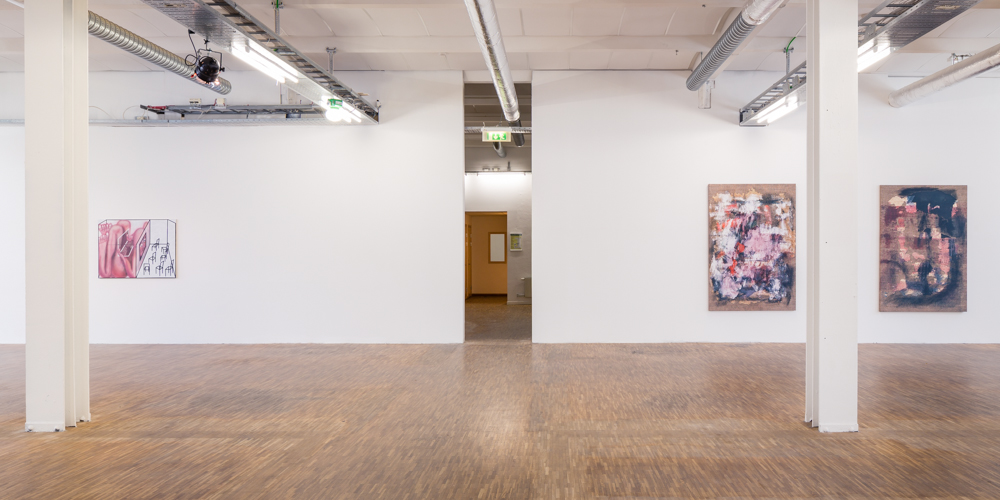 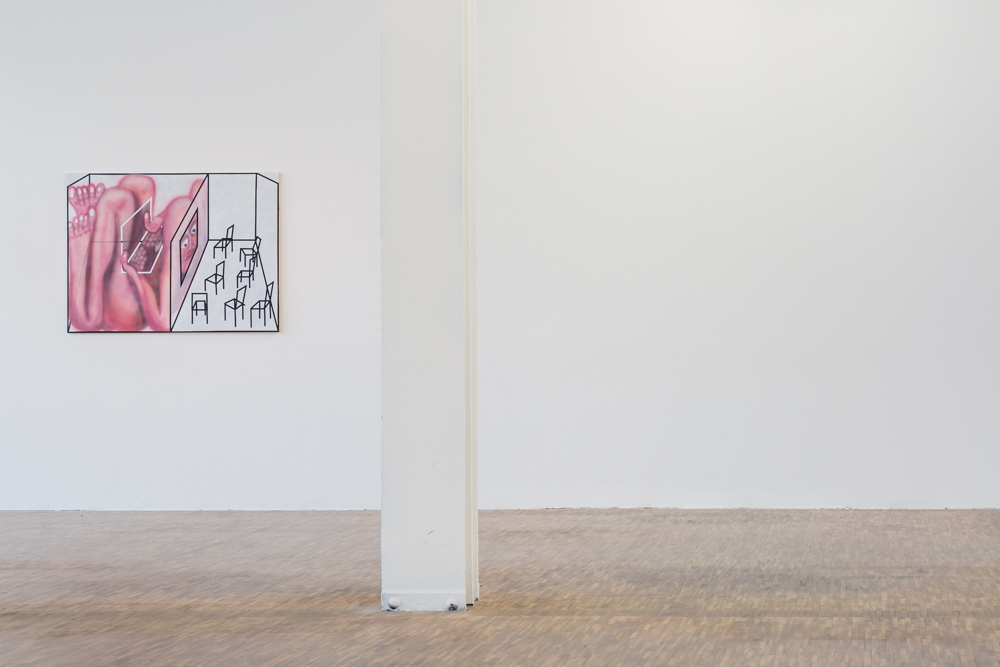 THE MEDIUM OF INTENSITY

This statement by Albert Oehlen, given in a recent interview, seems at face value to counter the title of this exhibition. But, what is crucial here is the notion that the act of painting now has become a site “without emotion.” If something intense occurs it is rather something that is now intrinsic to painting itself—and not the supposed human agency behind it—and the mediatic environment from which it comes into being. Intensity comes from elsewhere.

All the artists—Boman, Euler, Henderson, Ostrowski, and Stahl—can be said to engage with painting in a contemporary fashion that, albeit in markedly different ways and via different routes—incorporates and engages with a contemporary state of non content-based media, and new technologized areas of sensory and non-sensory environments. The velocity of visual information—or rather, visual pulsation(as the flurry of information moves too fast to be factually apprehended)—by far exceeds traditional phenomenological models of perception. As Oehlen says: “When I paint I am emotionless.” It circumvents conscious operations. Its affects lie elsewhere.

These artists are often said to belong to the so-called post-internet generation. The handling of the new plethora of visual information available calls for a way to conceptualize new formations of subjectification. And, to open a question when it comes to painting: about the emergence of a more or less non-human agency in regards to our visual metabolisms of today.

The vocabularies of Boman, Henderson—and to a certain degree, yet differently modulated, Stahl—are gathered, captured, accessed, and generated through non-conscious forms of communication between humans, images, codes, and algorithms. Likewise Euler’s work intensifies the way certain power structures concretize in a world that is visually over-saturated.

This emergence is furthermore all the more urgent in Euler’s work as it breaches the living-non-living divide and involves the atmospheric and cognitive-architectural environment her art unfolds in..

Similarly, the sheer rapidity with which the different images and witticisms that occurs in Stahl’s visual output swipes away their grounding and brings forth a dromological sensation of imaginative all-over-ness and super-jected viscerality.

When it comes to the paintings of David Ostrowski, the familiar tropes of abstraction and irony dramatically change character and rather unmoor them and put them into circulation in a disjunctive, processual series of deep sensory potentialities.

In our case, painting and its putative informational indexes, exist, transmit, emit, and communicate through channels not necessarily brokered by traditional human consciousness or temporal selection, but rather though non-communicative affects, perhaps through what one could venture to call the medium of intensity.

David Ostrowski was born in 1981 in Cologne, Germany and studied from 2004-2009 at the Kunstakademie Düsseldorf. In 2012 he received a studio grant from the Kölnischer Kunstverein. Recent solo exhibitions include ‘I’m OK’. Moments later, he was shot, at Peres Projects, Berlin, F at Artothek, Cologne and Yes or let’s say no at Simon Lee Gallery, London.