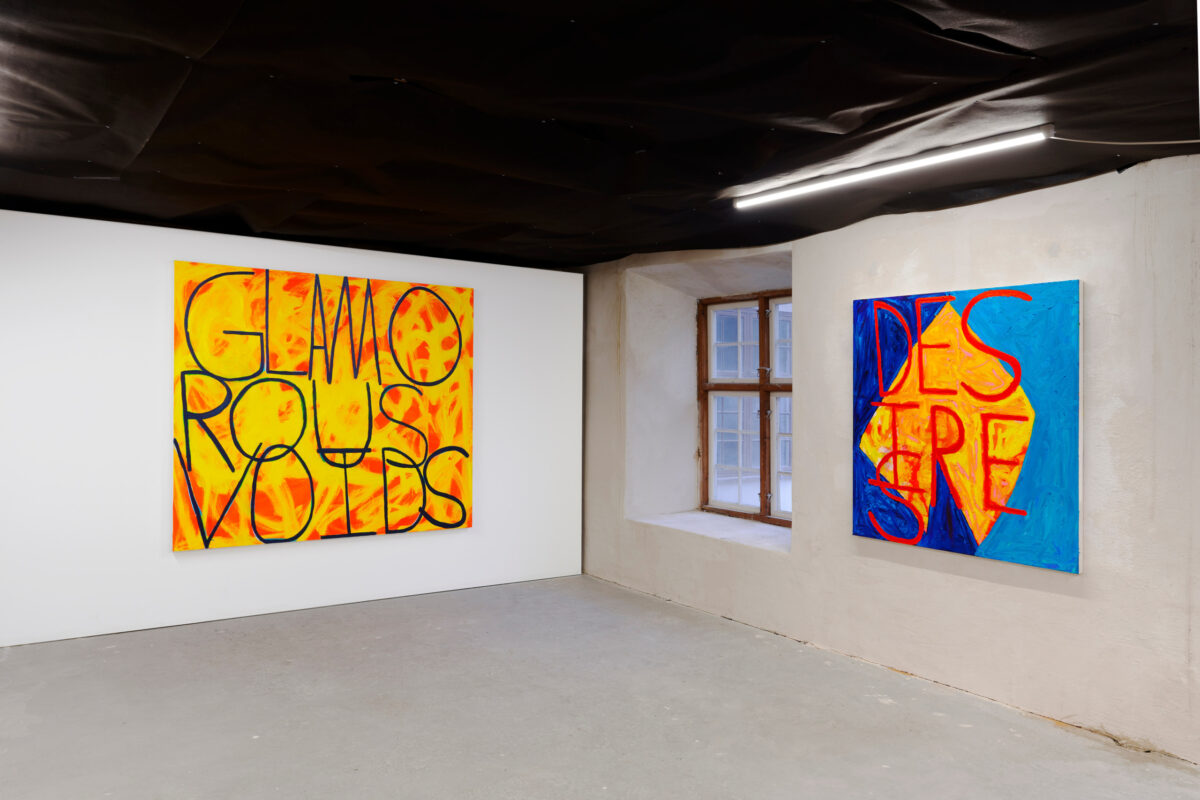 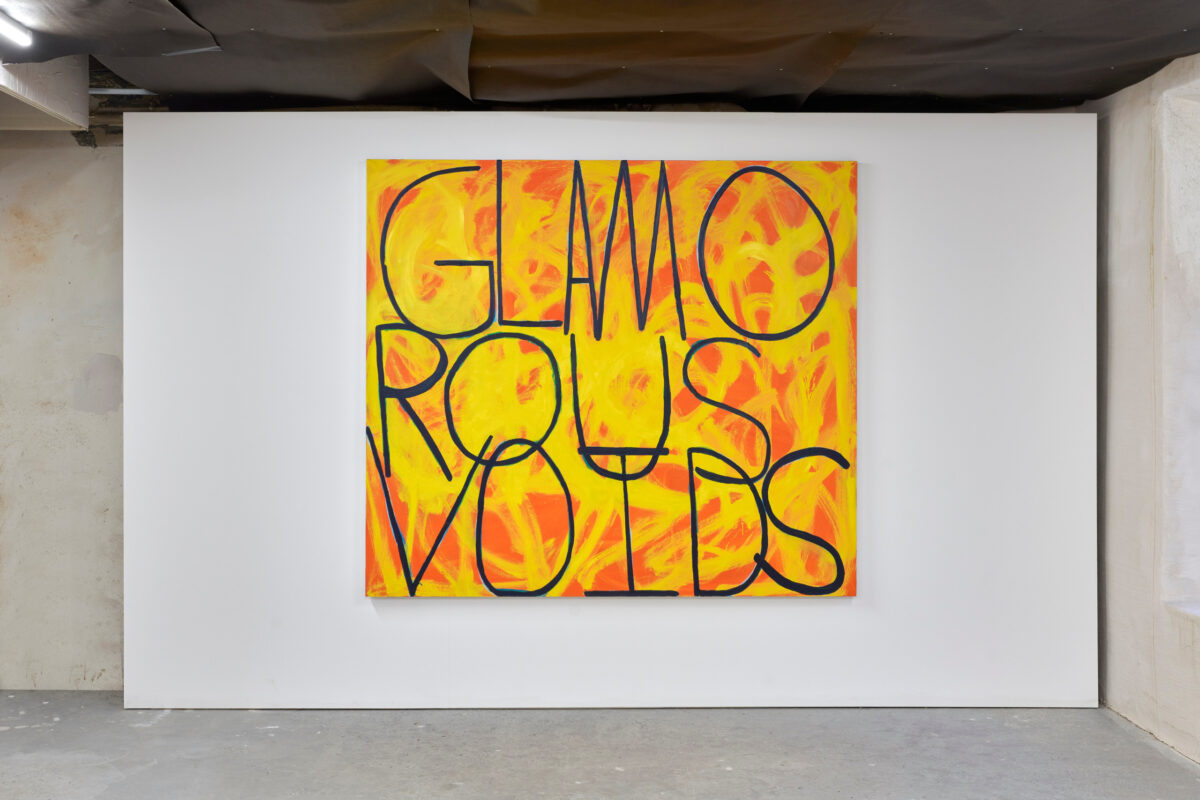 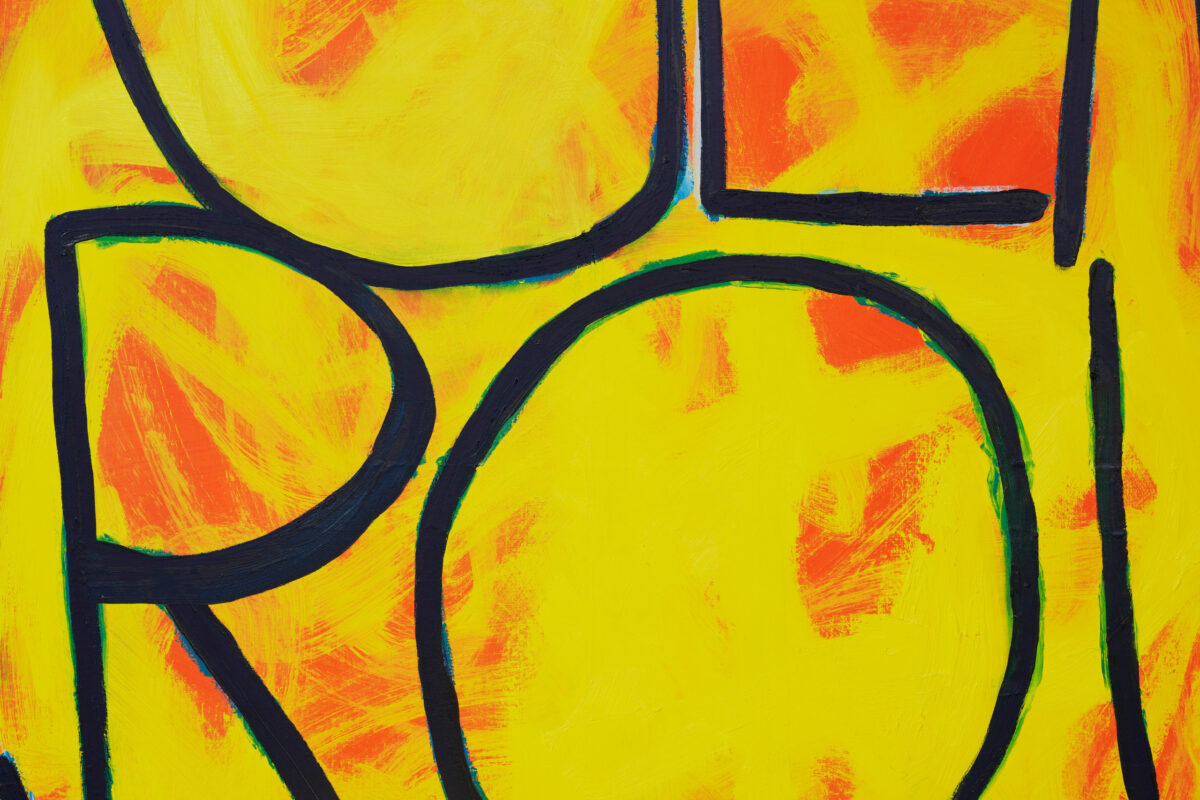 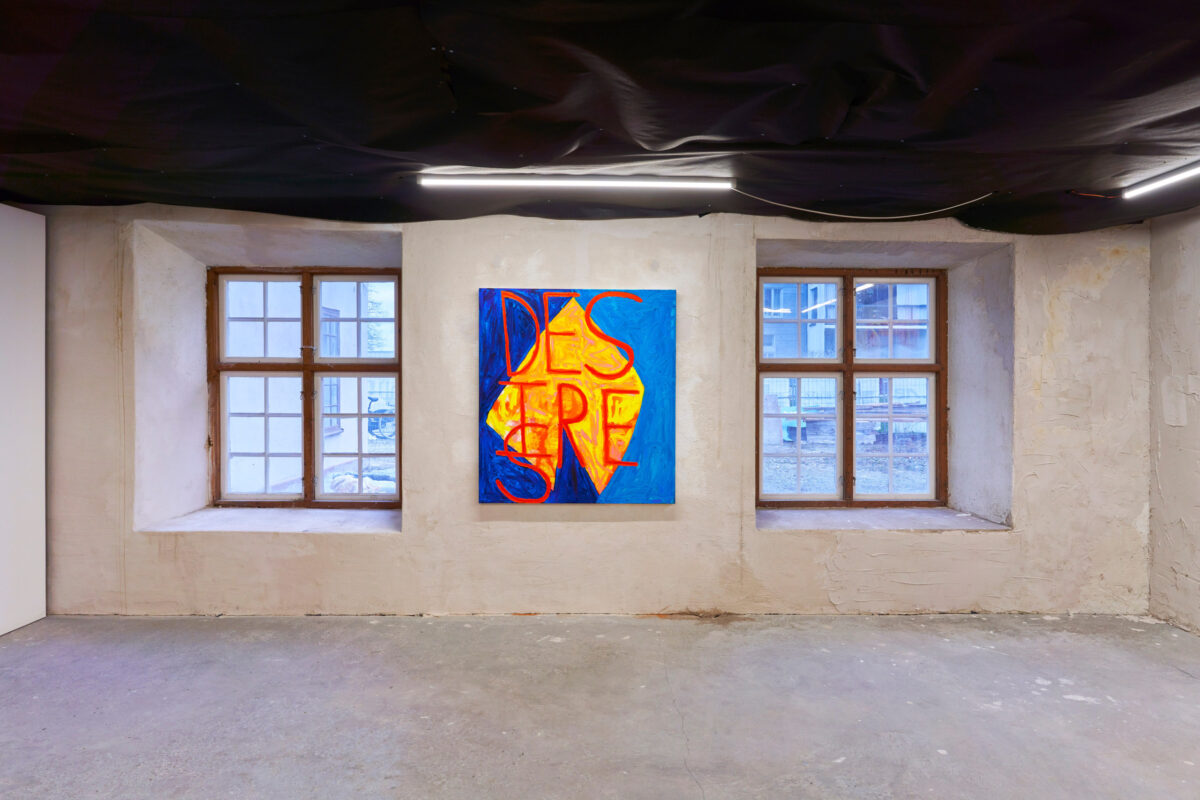 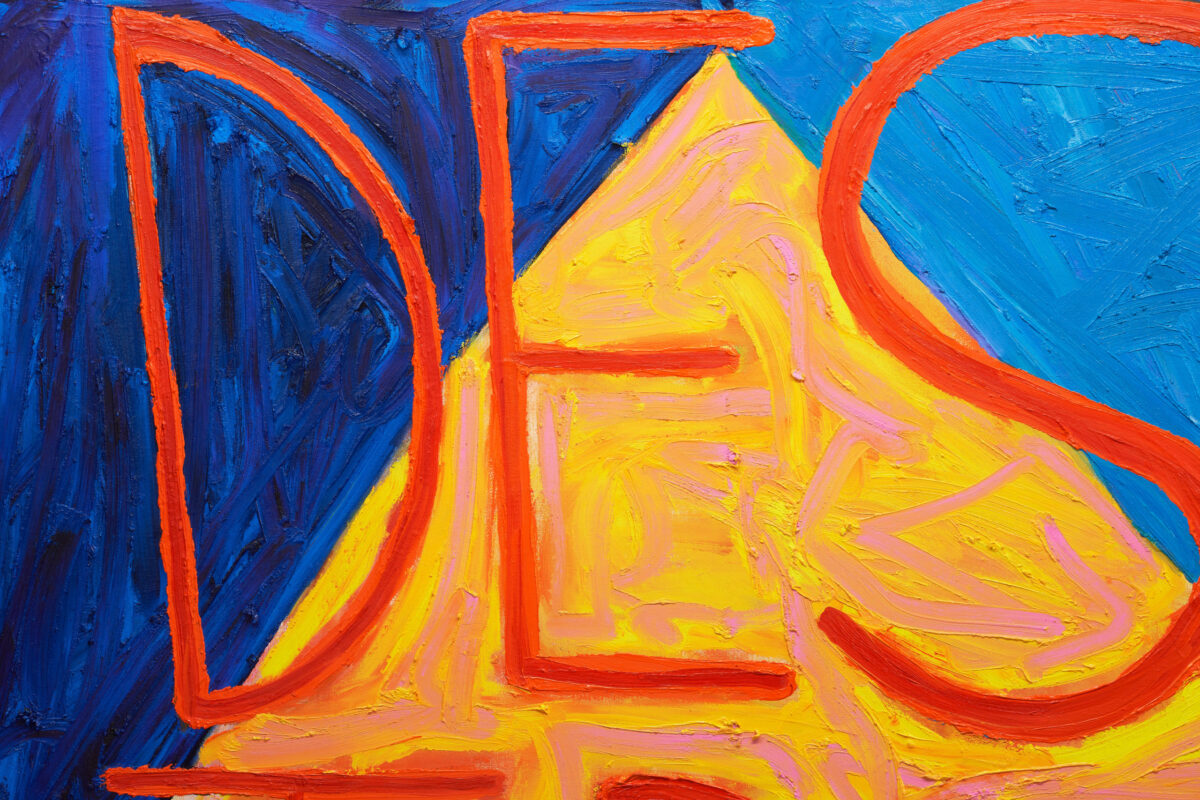 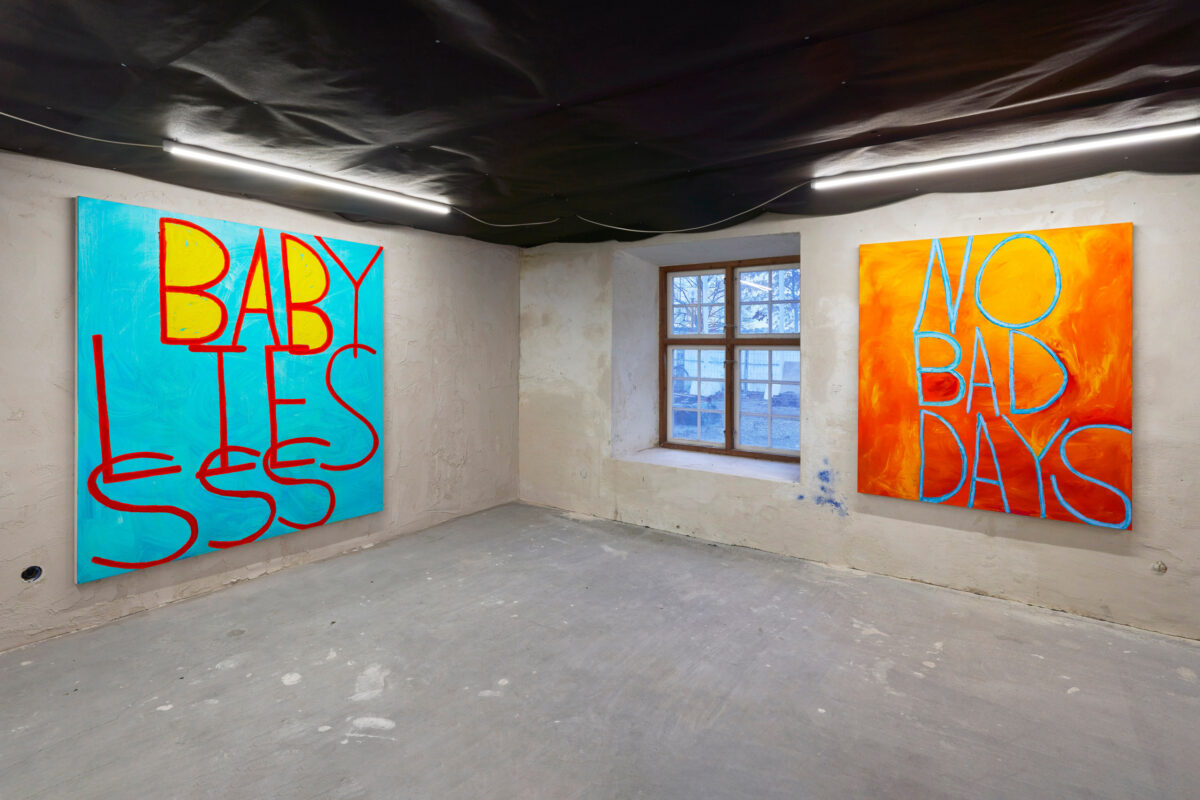 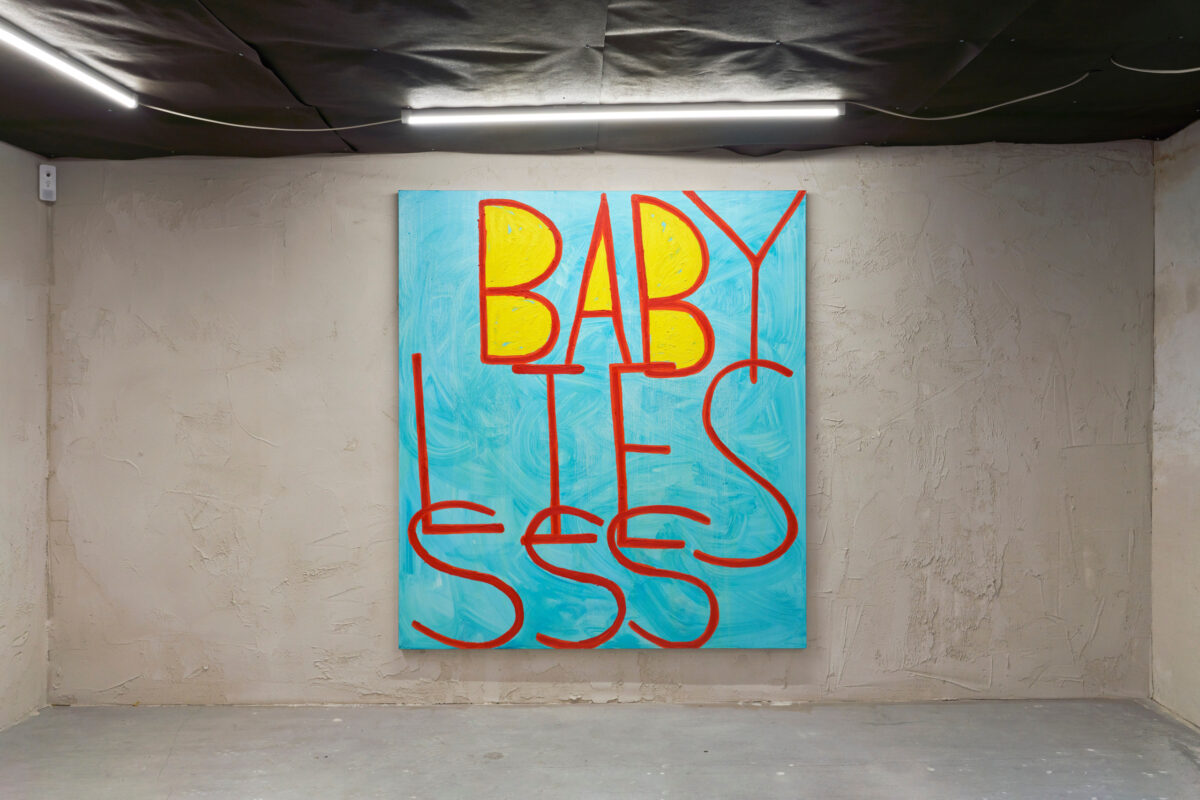 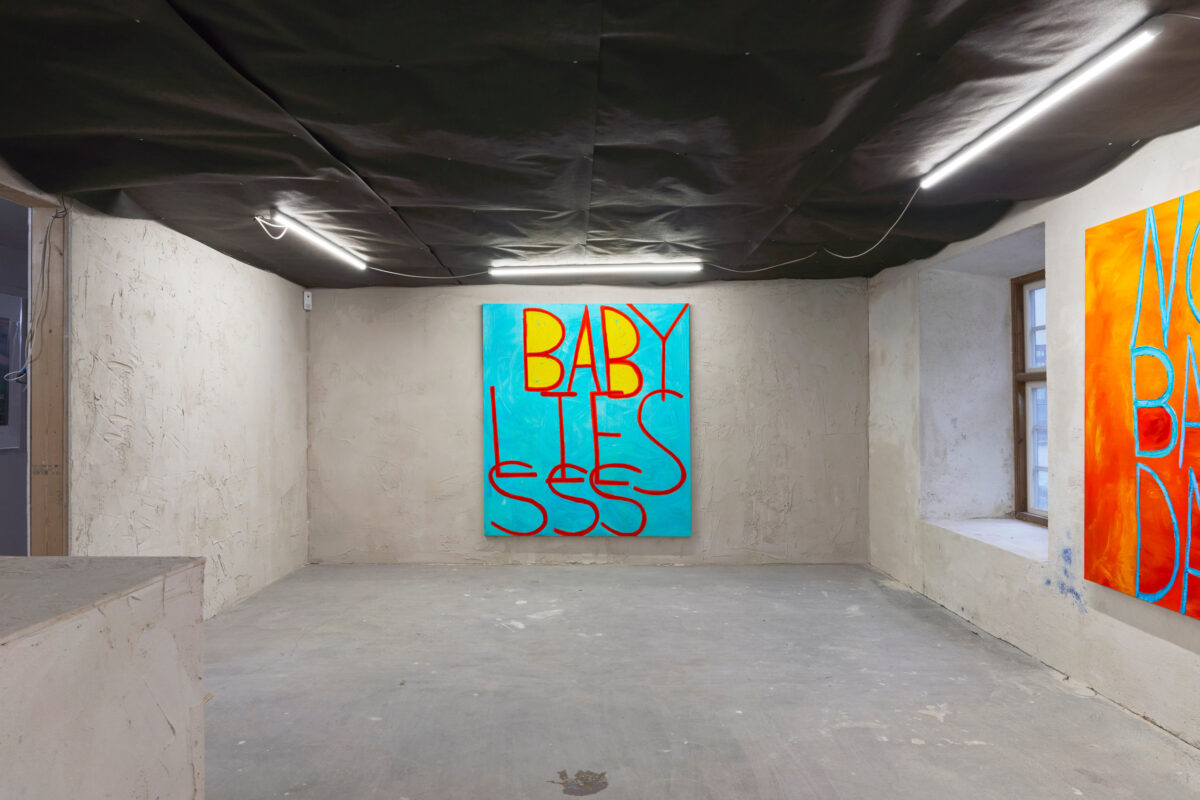 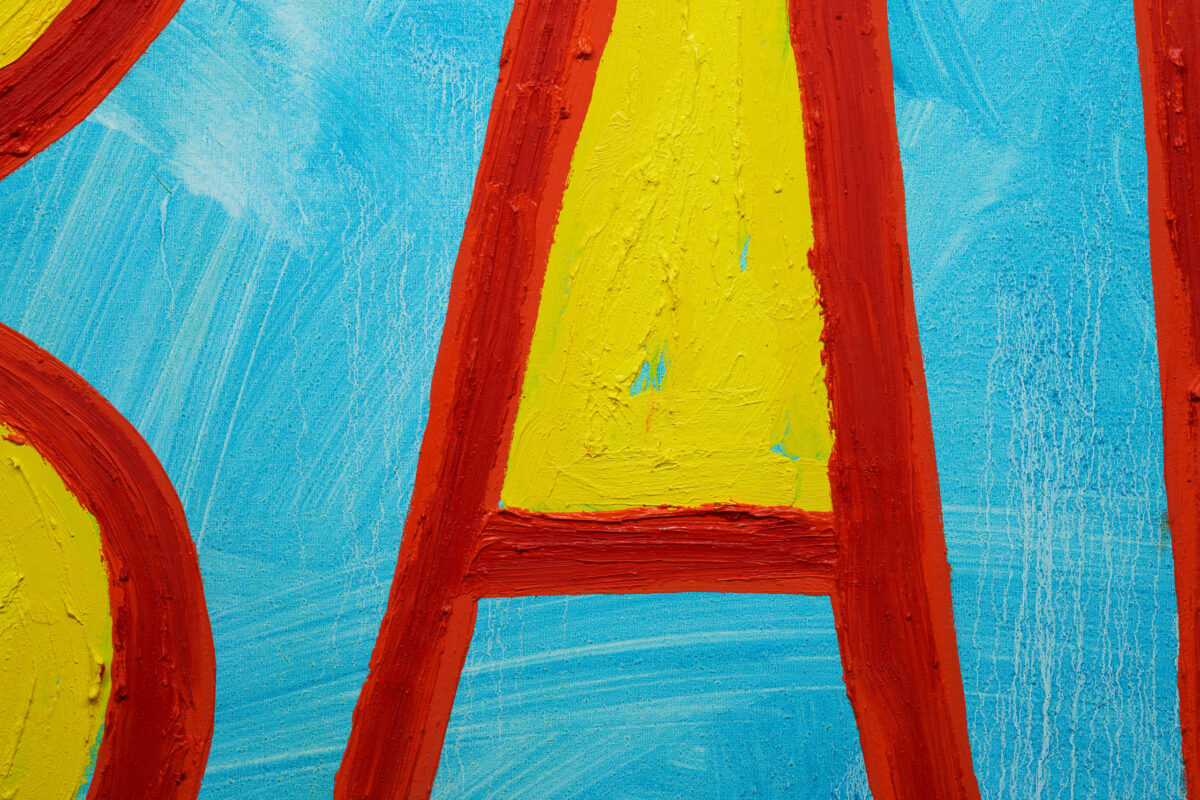 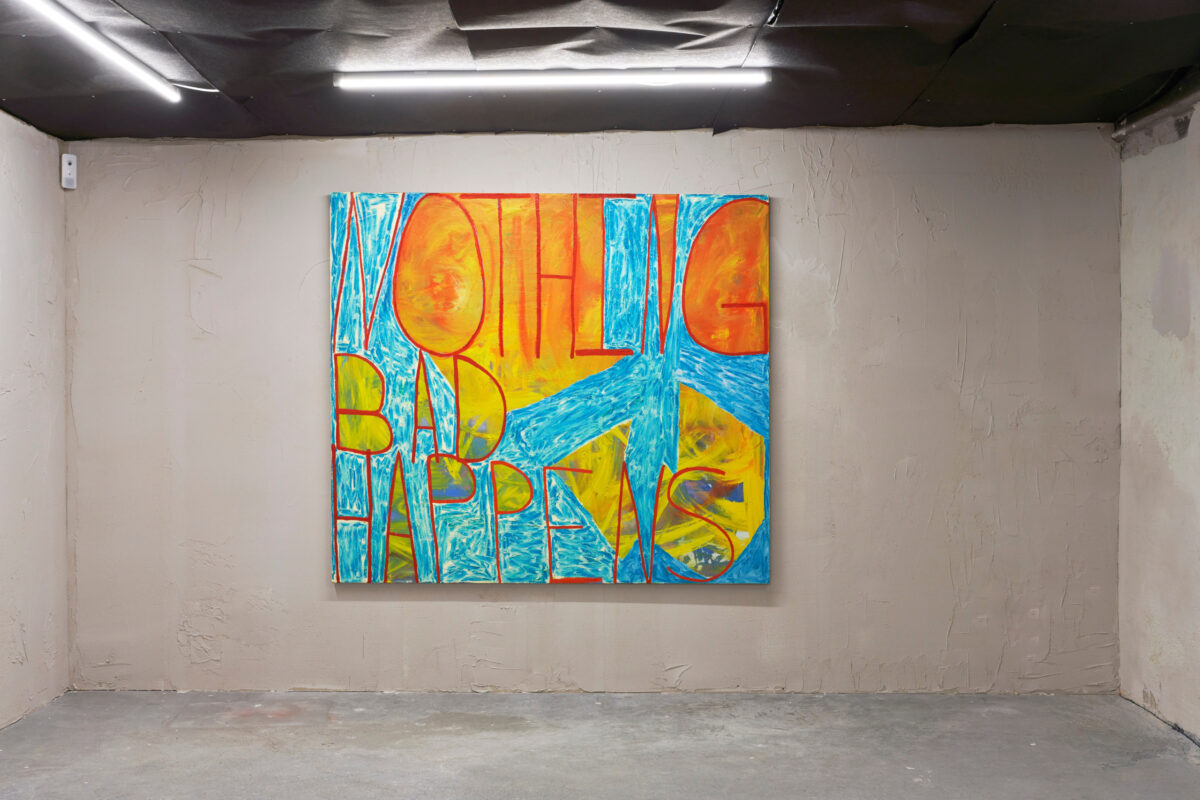 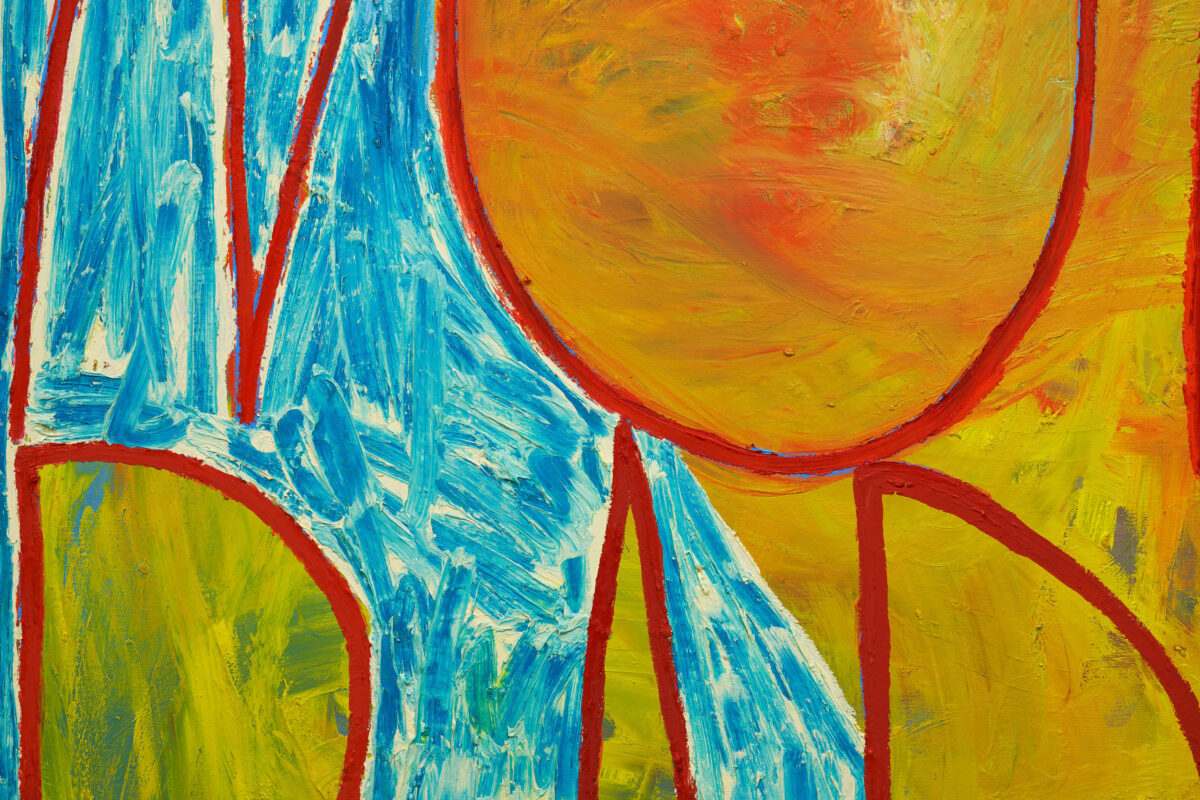 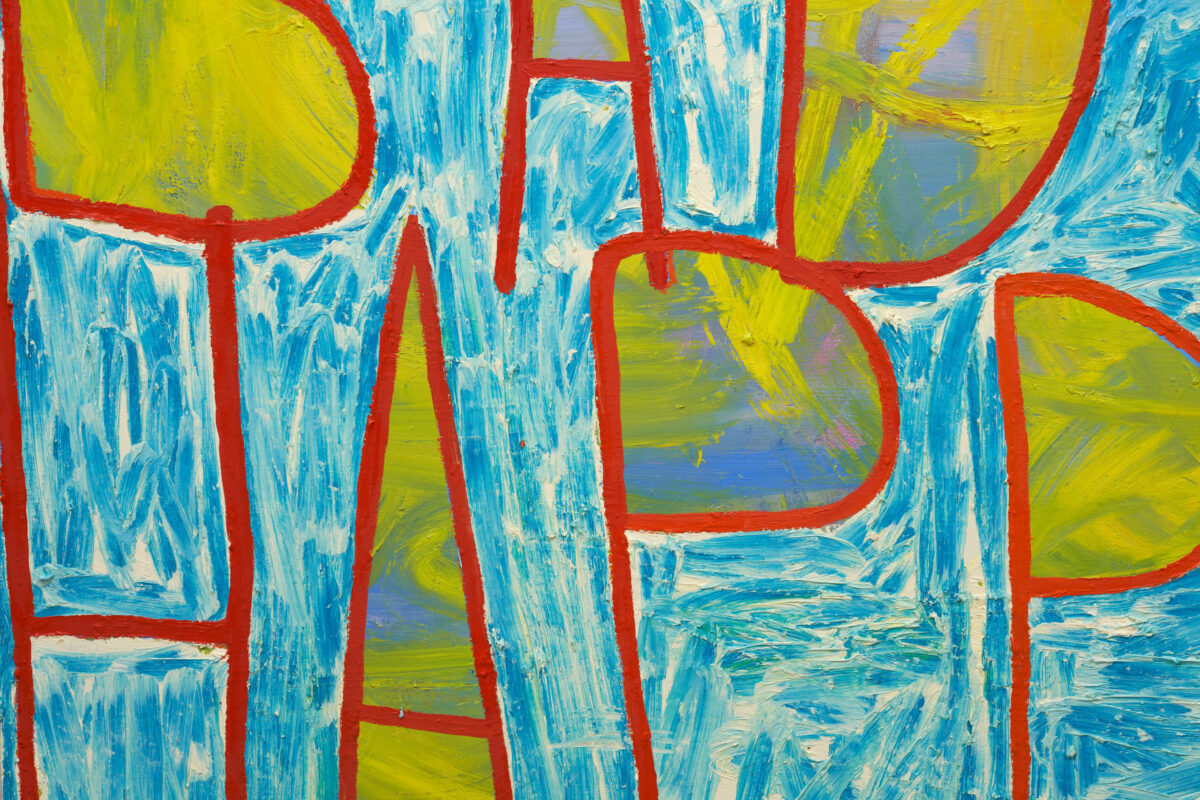 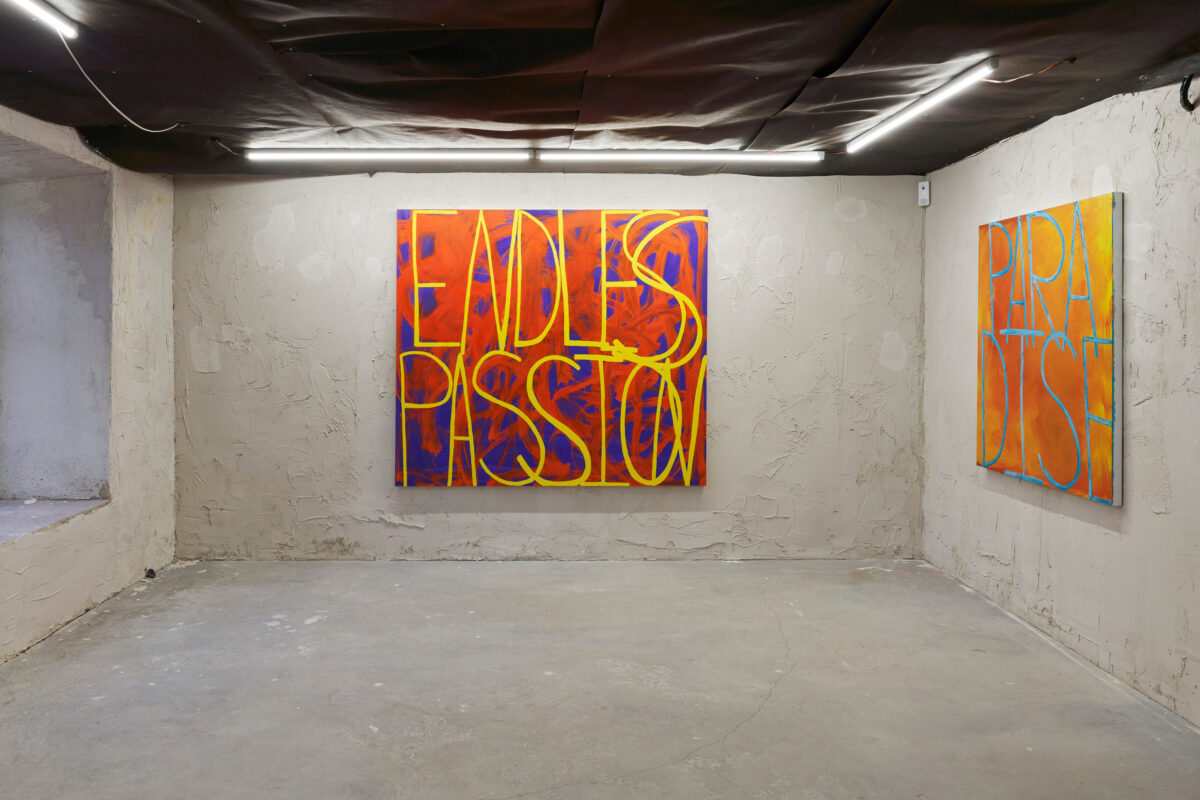 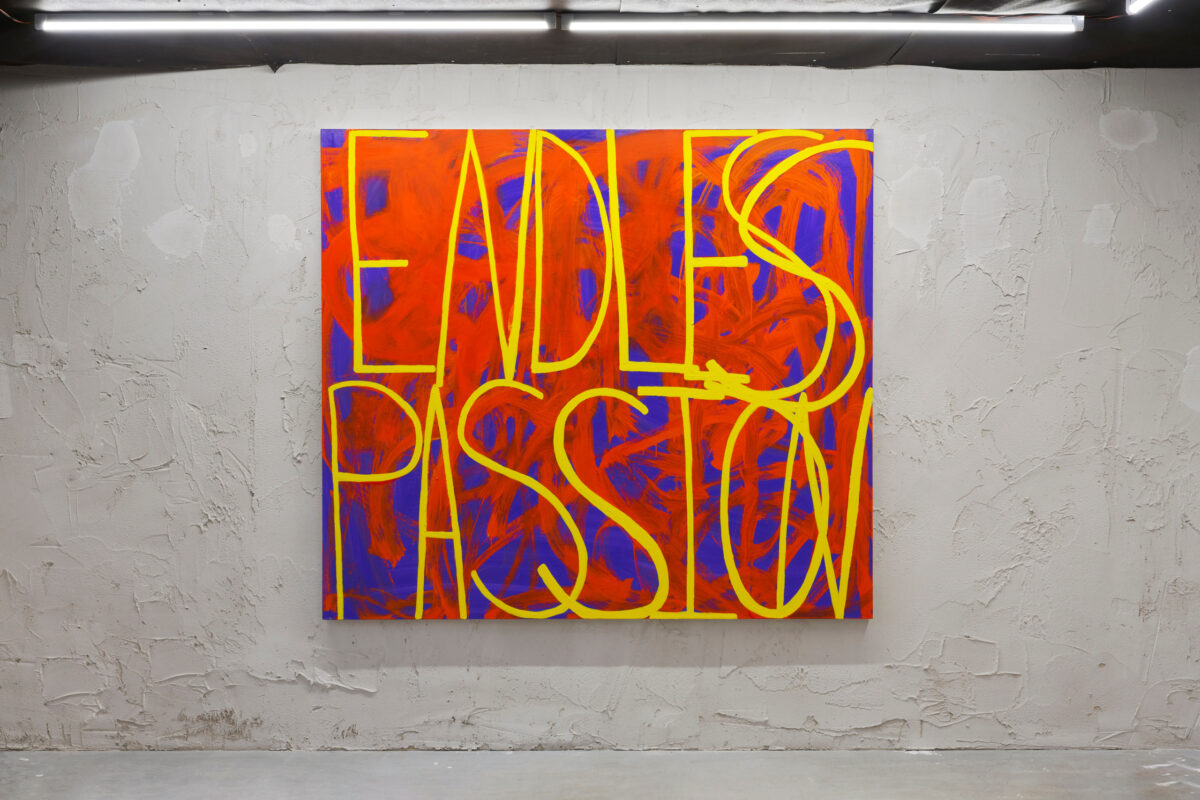 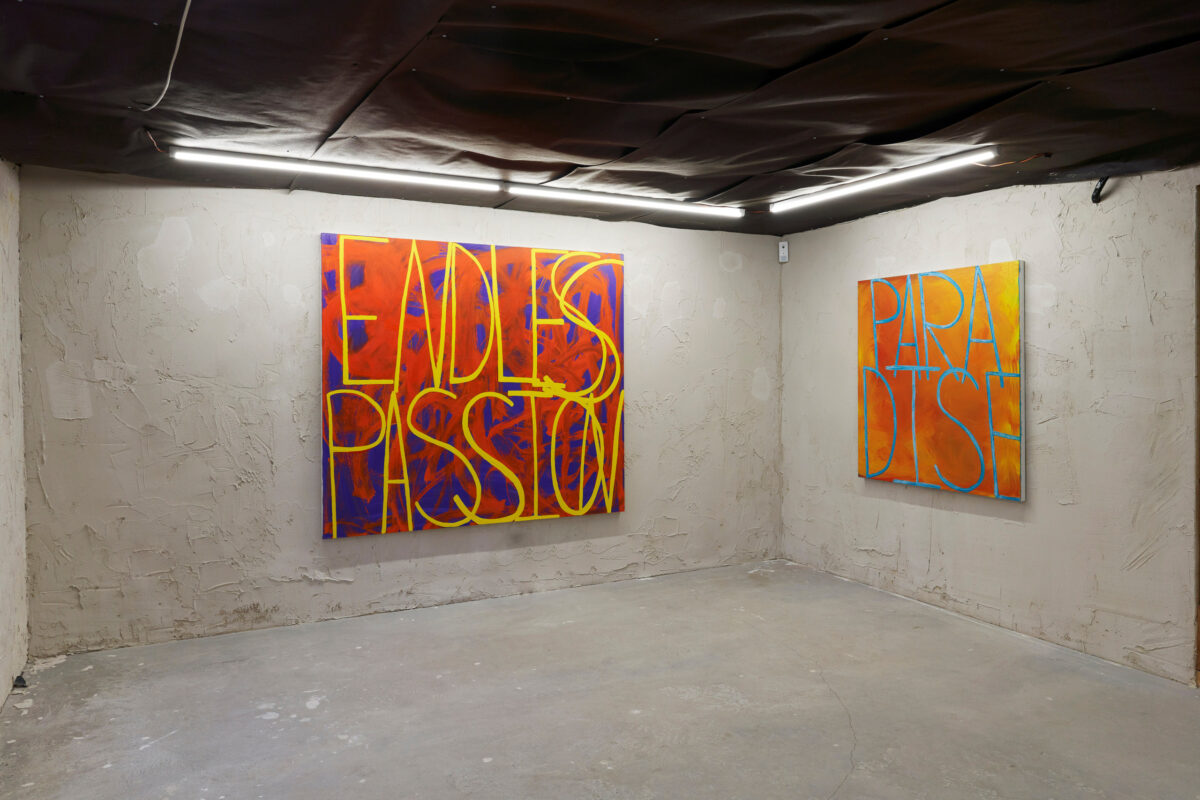 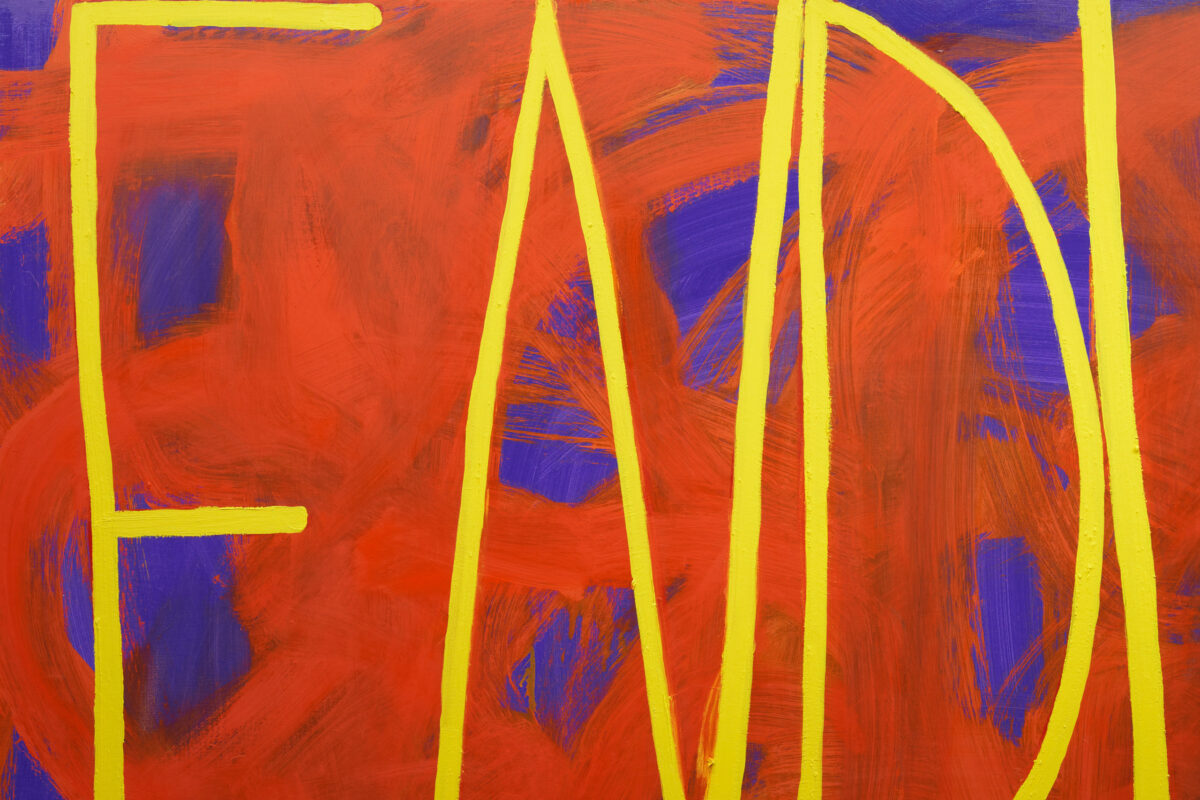 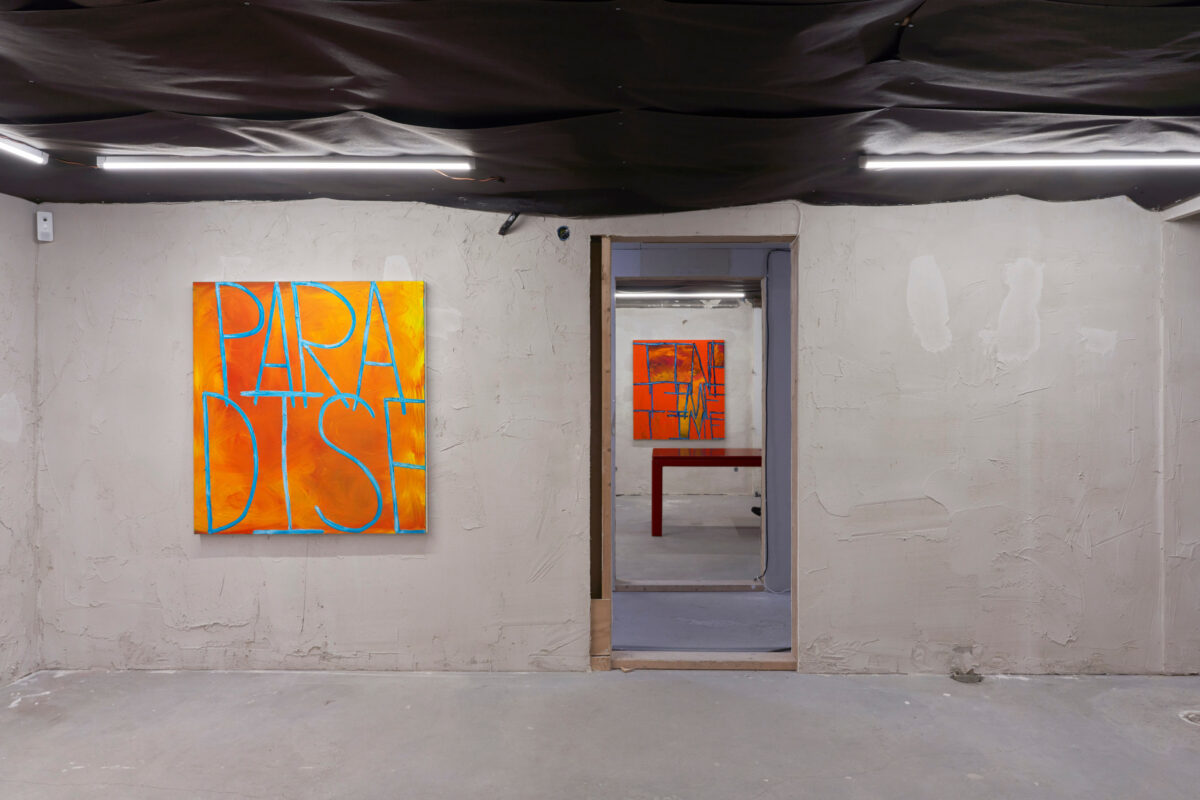 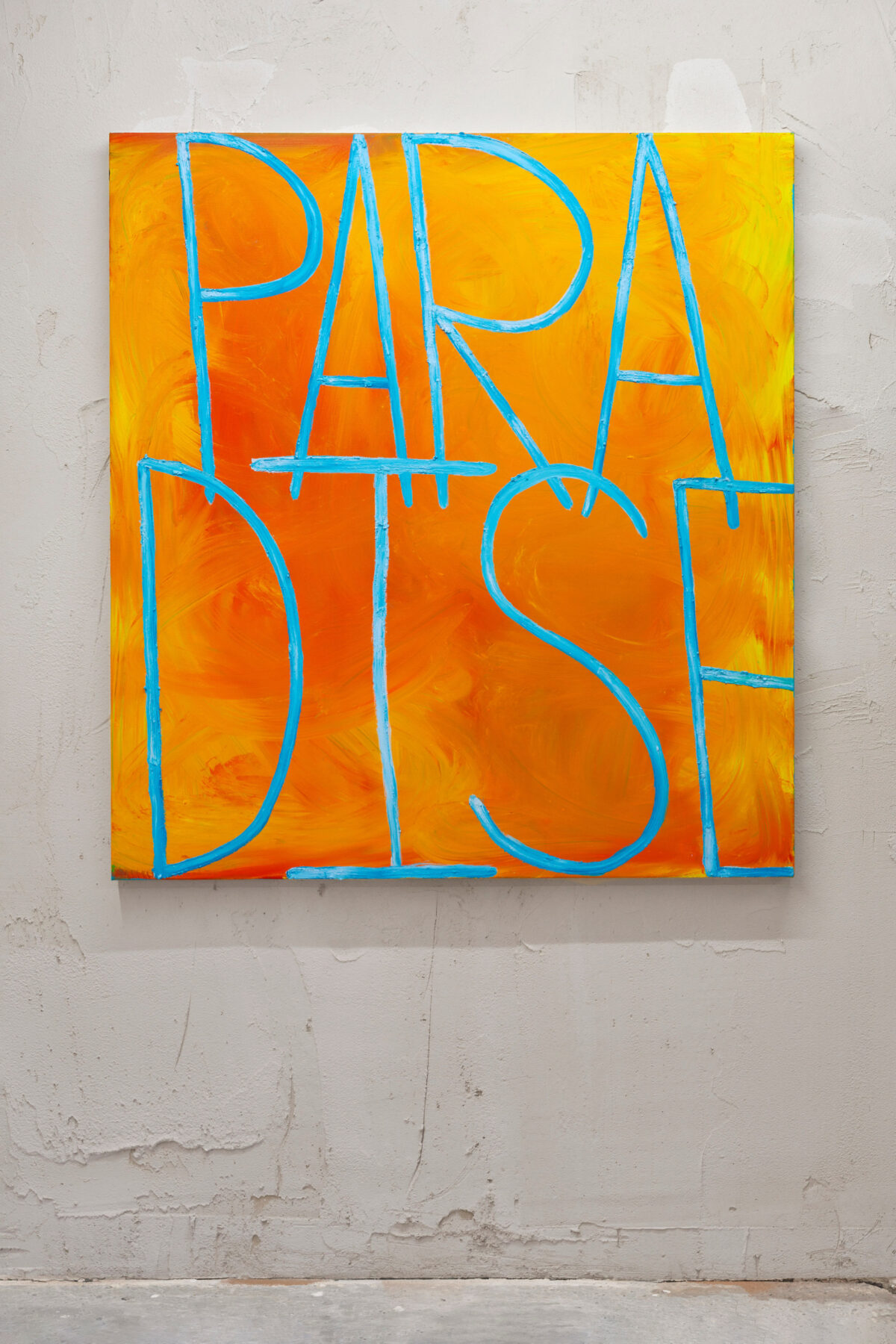 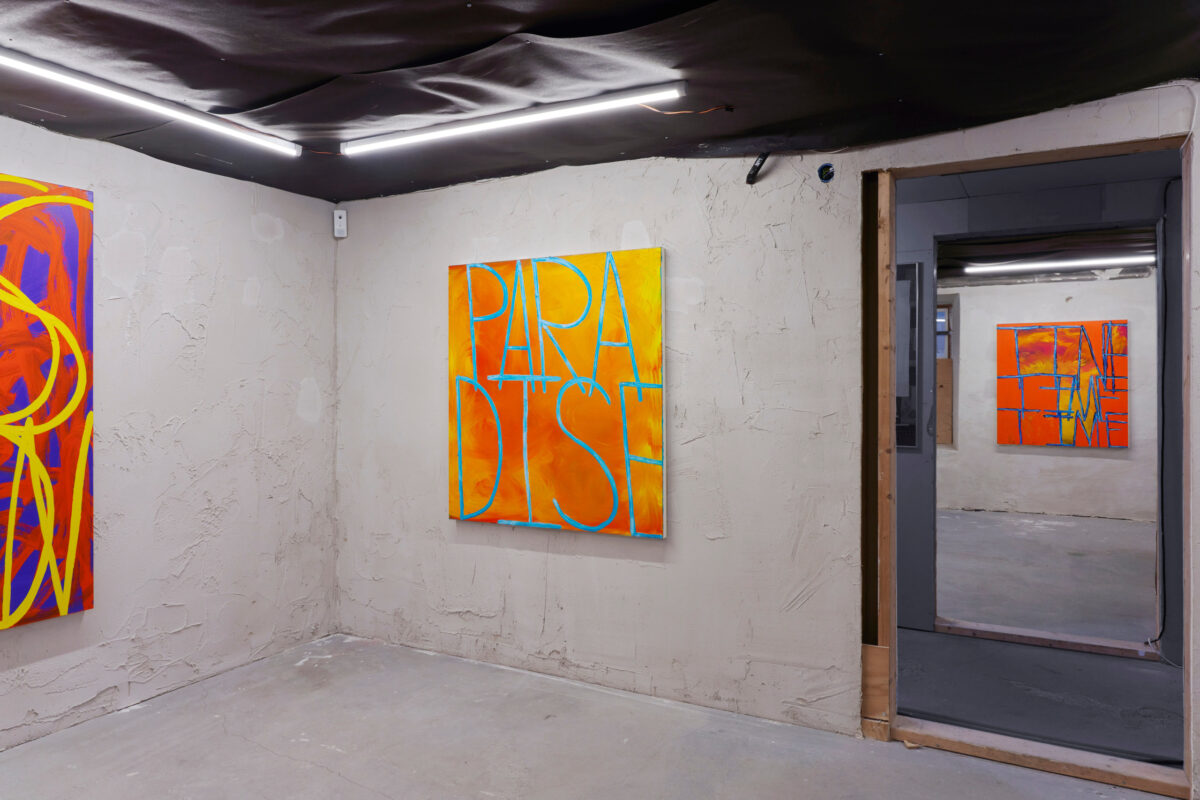 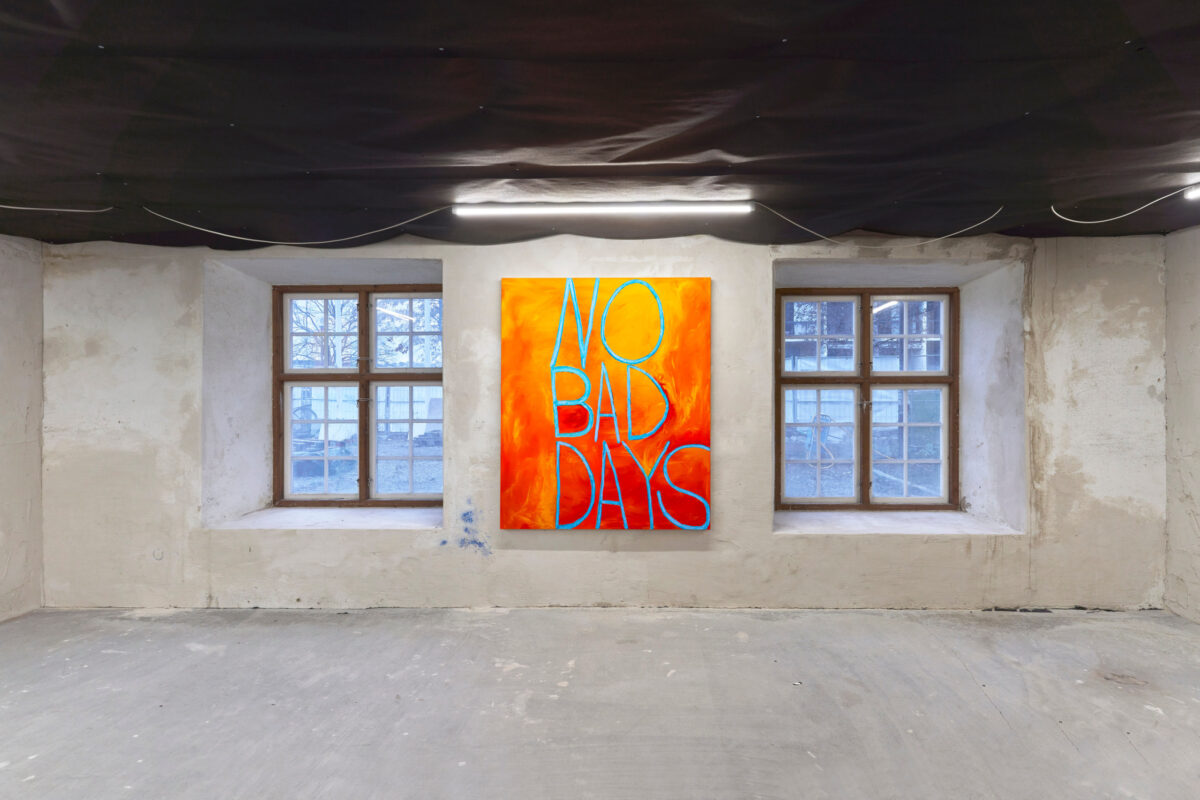 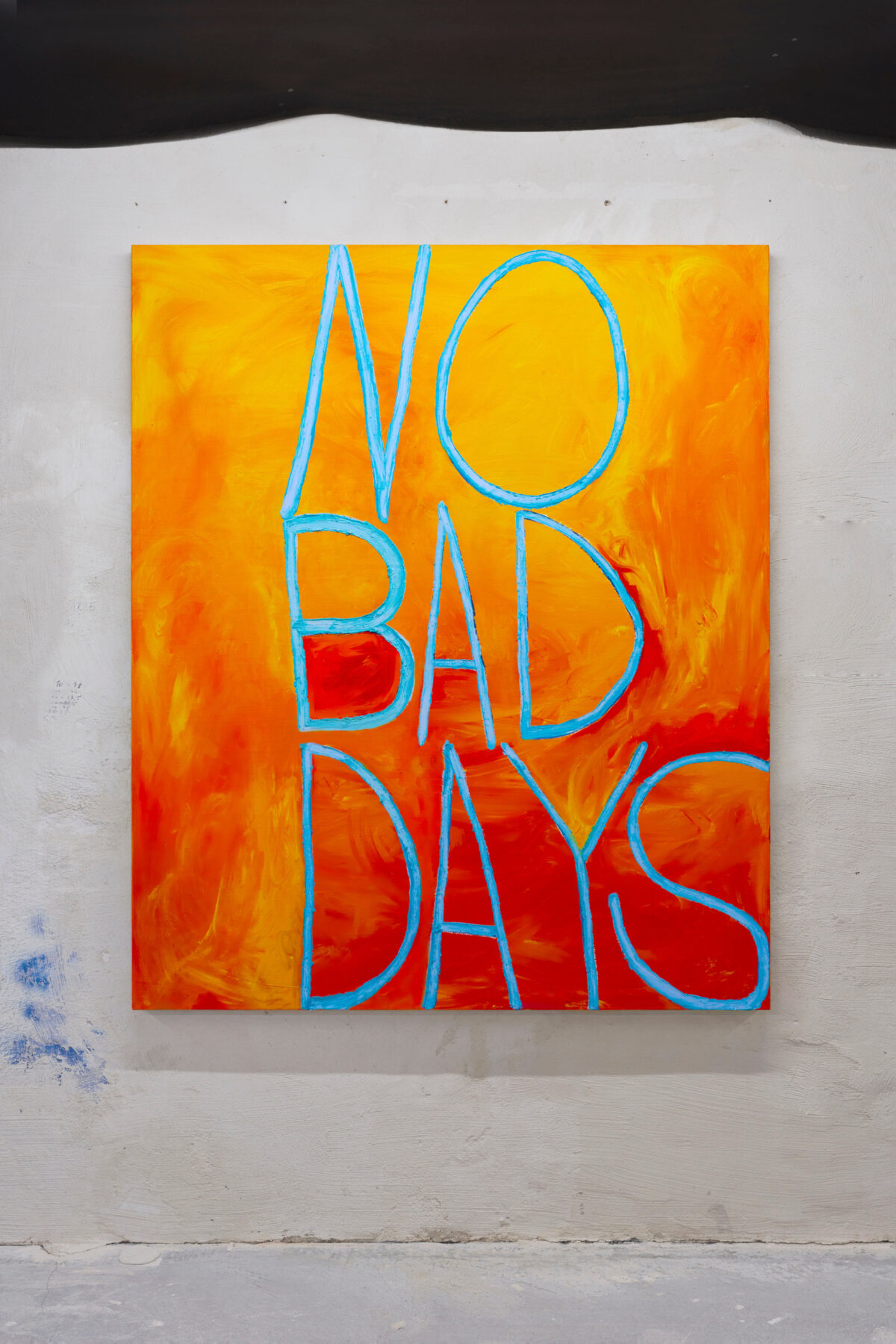 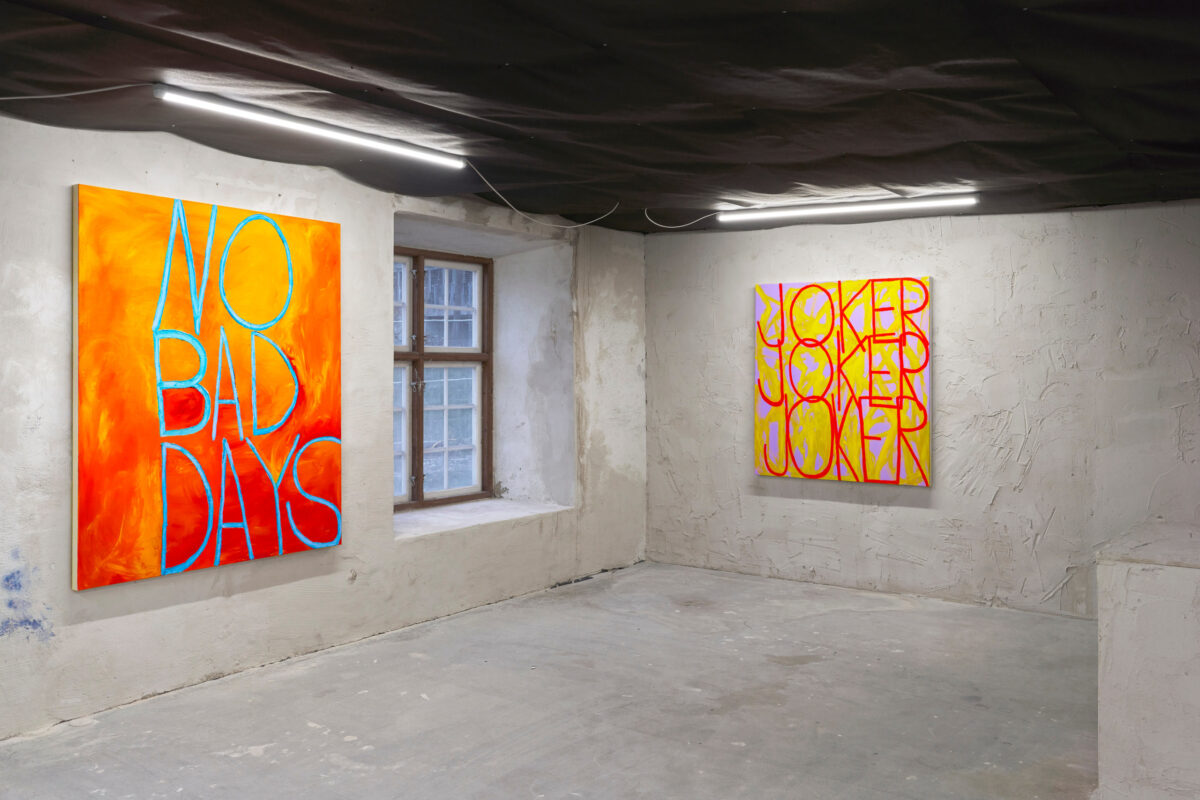 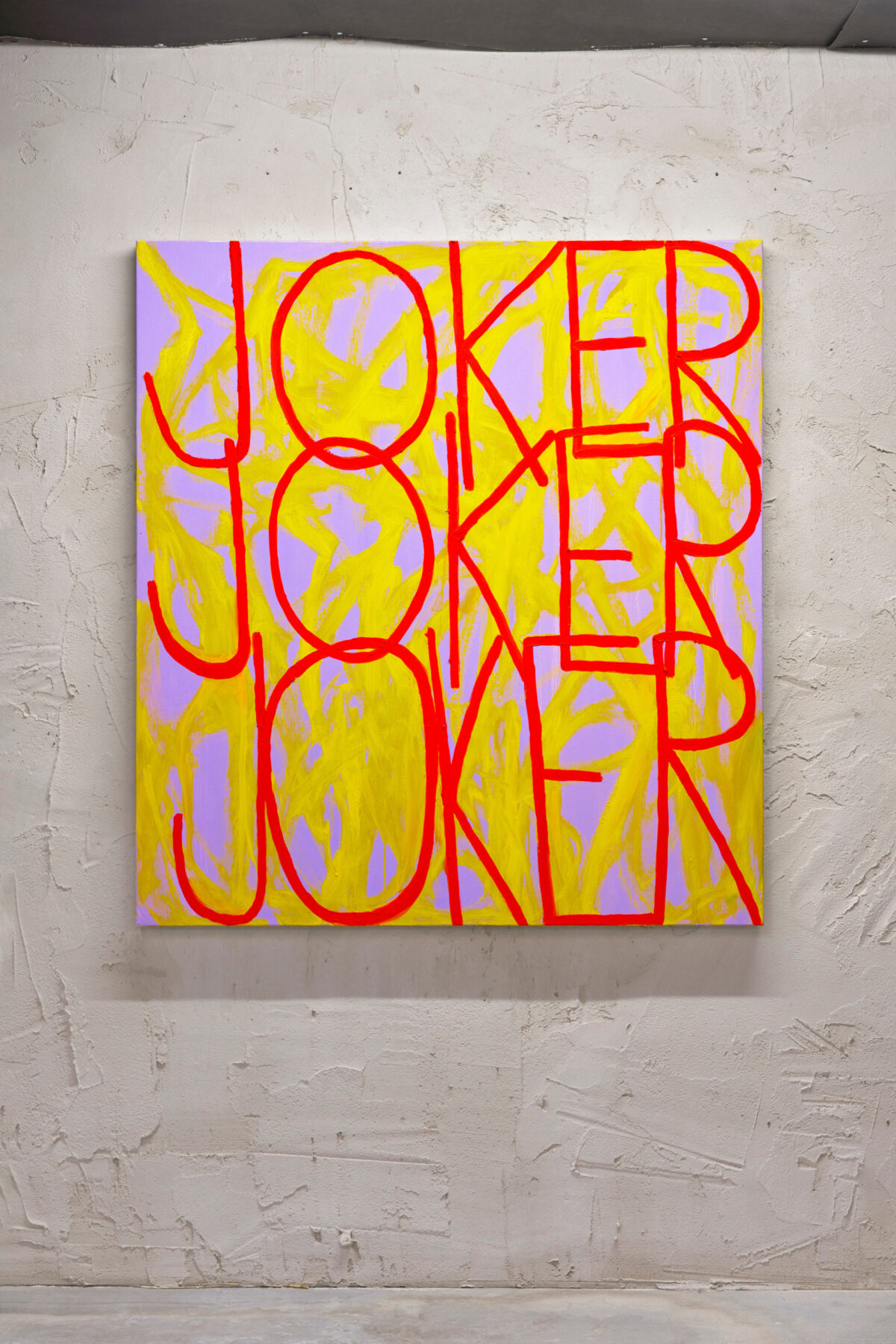 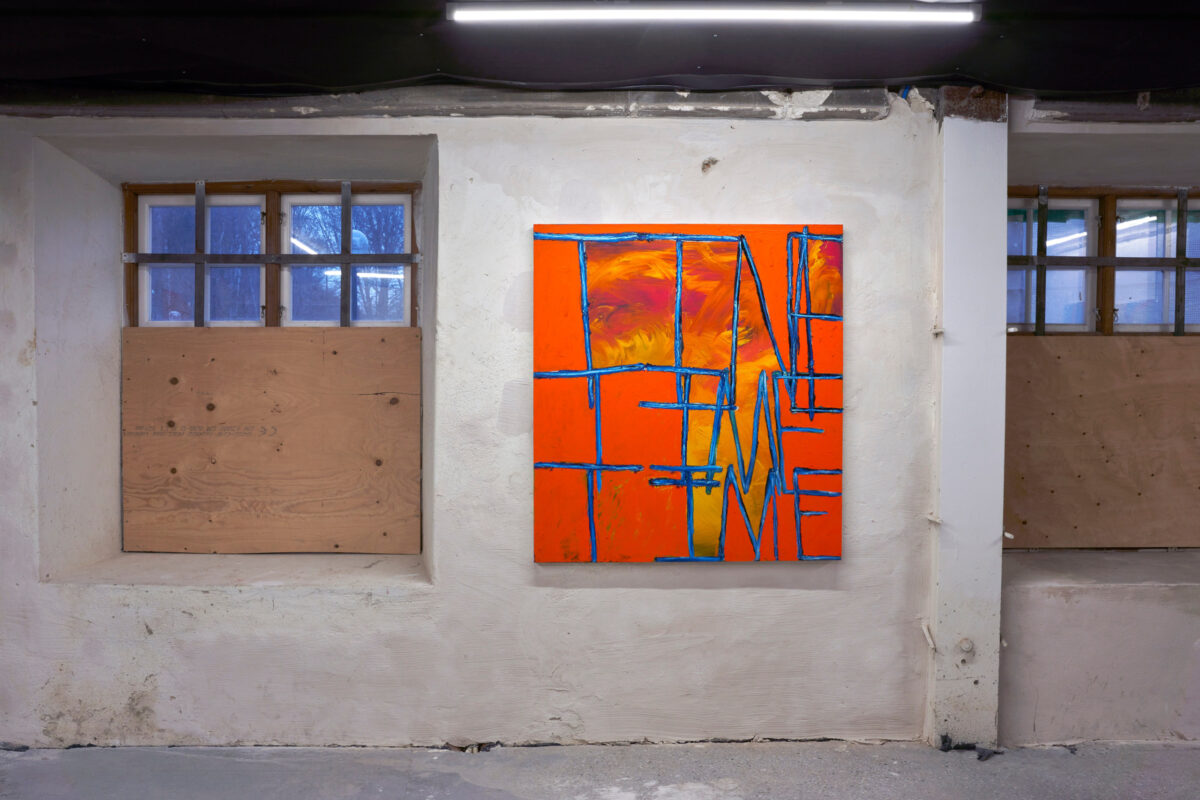 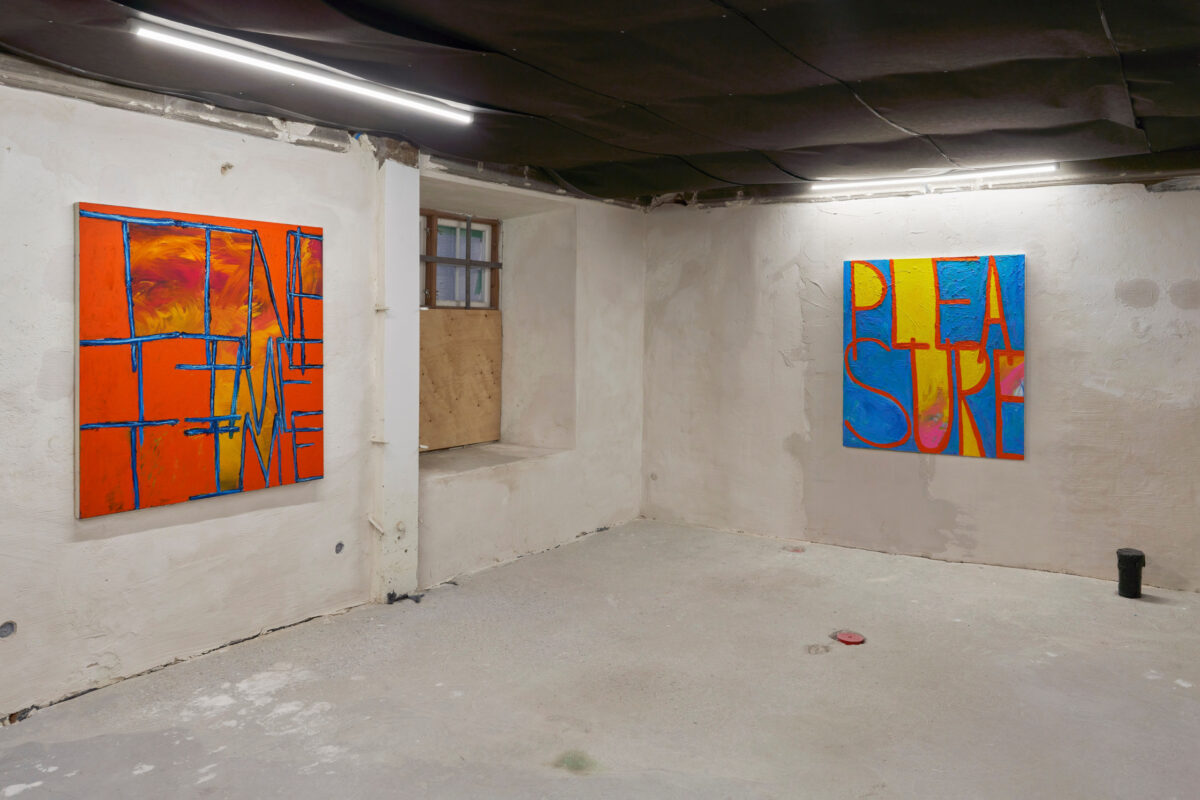 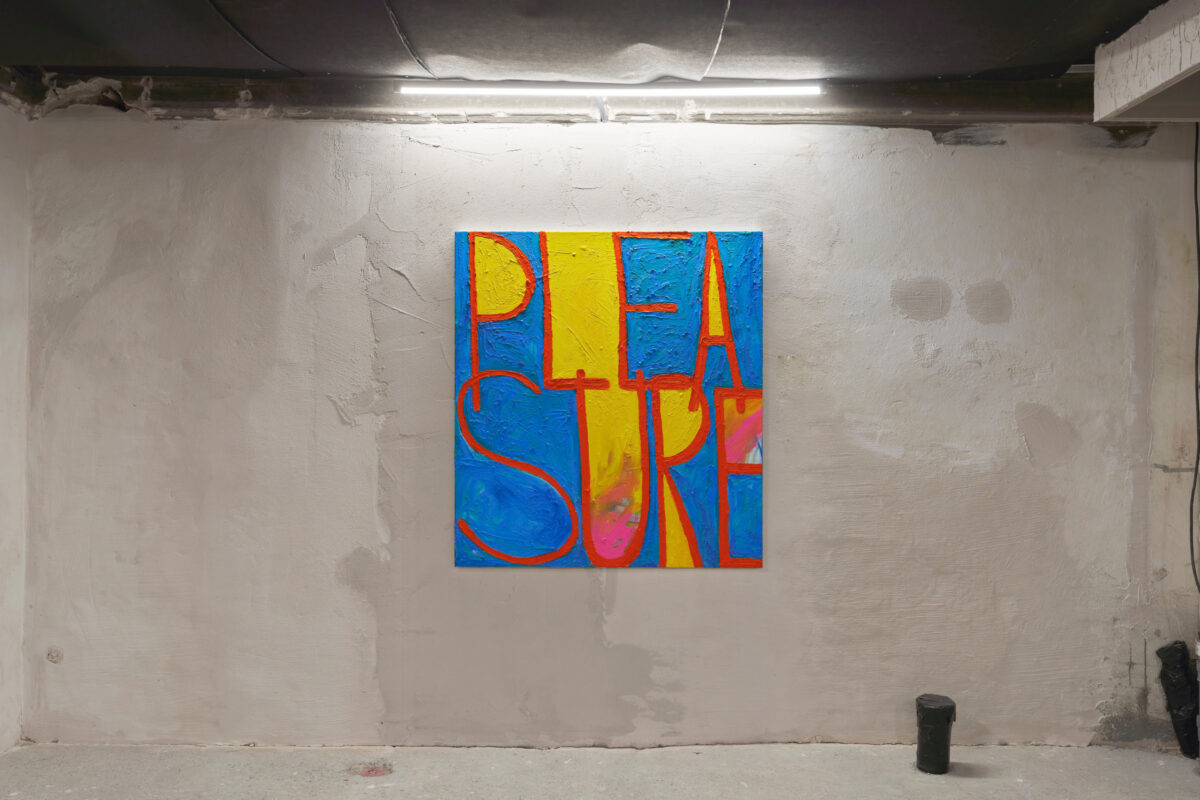 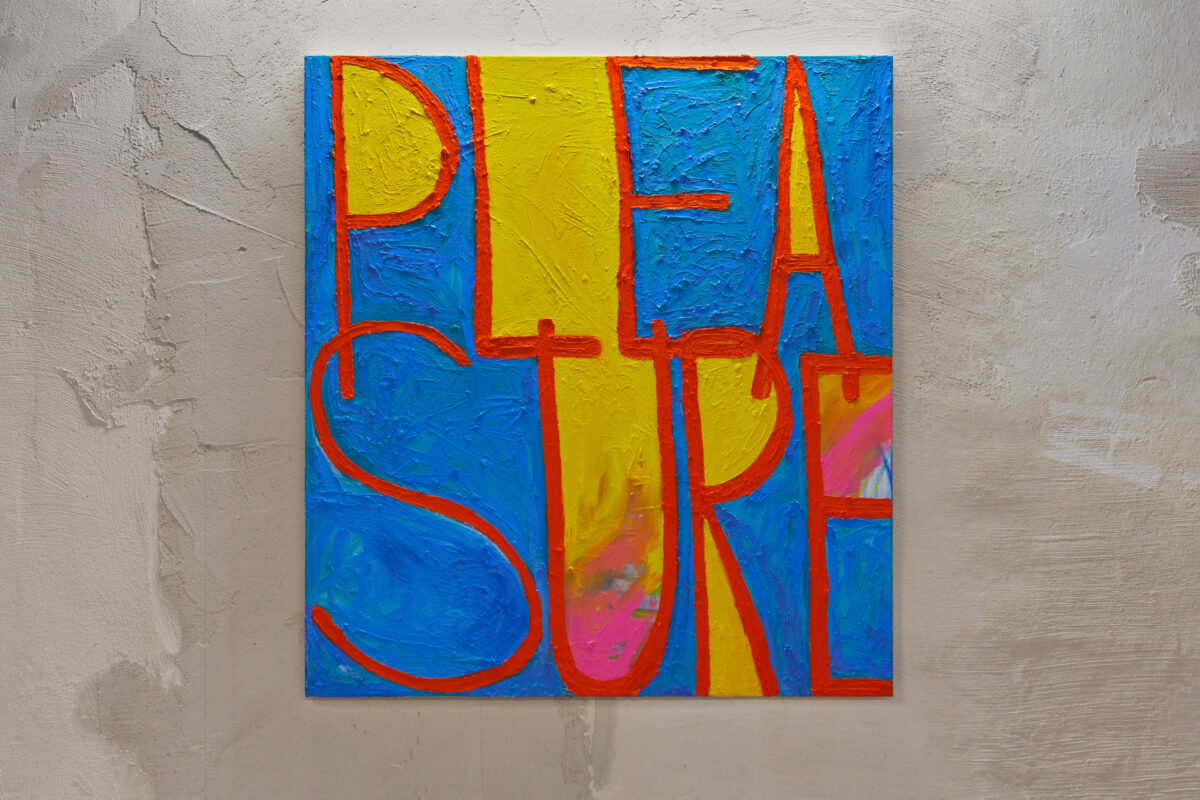 Sam Jablon’s paintings operate simultaneously in dual realms of artistic concern—abstraction & poetry. Jablon’s engagement within abstraction is primarily via the mark and the tradition of the artist’s hand, rather than the abstraction of a particular image or landscape. This is to say that Jablon is more concerned with artistic process than with any overarching system; building on the legacy of New York Abstractionists such as Willem de Kooning, perhaps even in considered refutation of the more systematic abstractionists such as Barnett Newman.

Jablon’s second avenue of consideration—the text—evolves from his poetry practice and engagement with the history of performance. Tutored by artists such as Vito Acconci and Anne Waldman, Jablon is astutely aware of the role of the viewer in decoding and even re-coding language. Legibility and illegibility takes a backseat to the consideration of structural composition, in conflict with the viewer’s subconscious desire to understand every word one’s eye comes across. Jablon emphasizes the structure of language, both in terms of the geometric shape of letters—speaking to the lineage of hard edge abstractionists and Neo-geo artists such as Peter Halley—and the internal semiotic structure of repeated phrases.

The investigation of the structure of language provides the bridge between Jablon’s two artistic realms of concern: abstraction & poetry. The letters act as the framework, where each line acts as an abstract mark while also existing as elemental unit to a word or phrase. Jablon ensures that it is not lost on us that “a good line” can exist as both a mark and an utterance.

Sam Jablon (b. 1986, Binghamton, New York) lives and works in New York City. Jablon received his MFA from Brooklyn College/CUNY (2013) and his BA from Naropa University, Boulder, Colorado (2009). He has performed and exhibited at the Museum of Modern Art, The Queens Museum, Hauser & Wirth, Storefront for Art and Architecture, The Kitchen, Artists Space, Blum & Poe, Morgan Presents, and Ballon Rouge Collective. His work has been reviewed in The New York Times, The Wall Street Journal, Interview Magazine, Art in America, ARTnews, Hyperallergic, BOMB and the Brooklyn Rail.