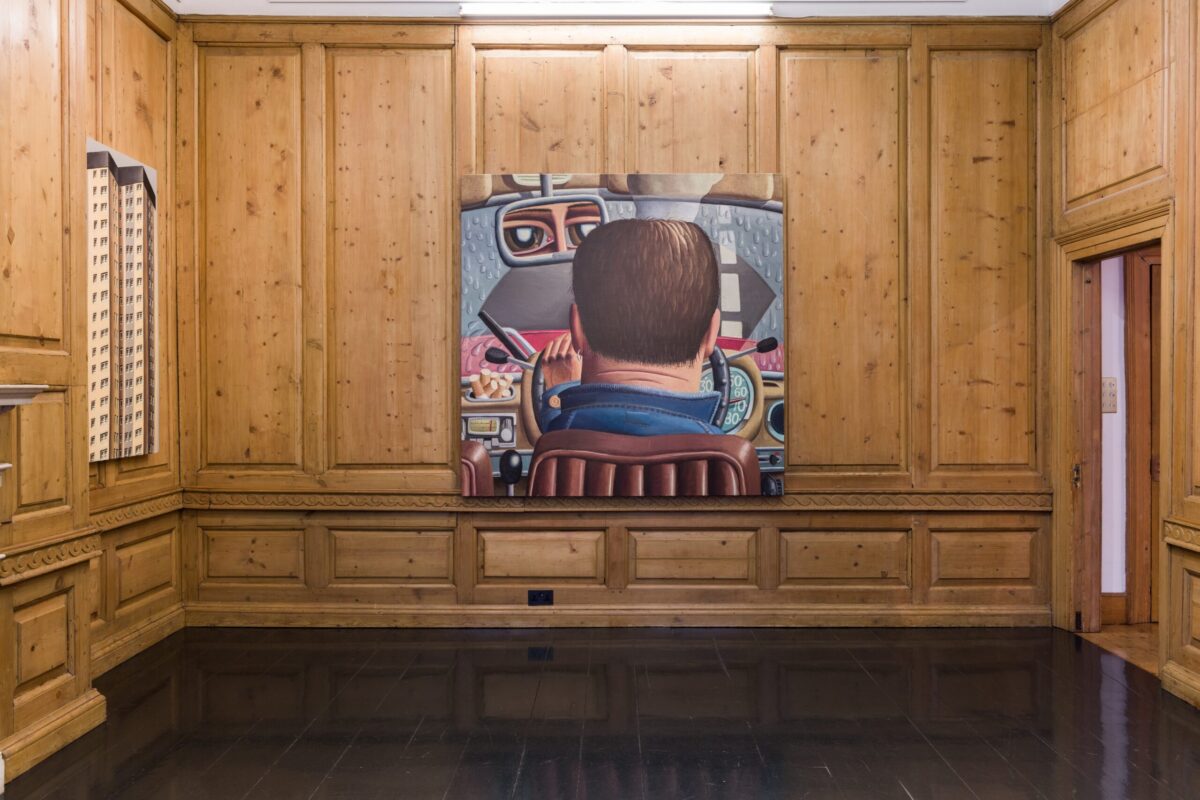 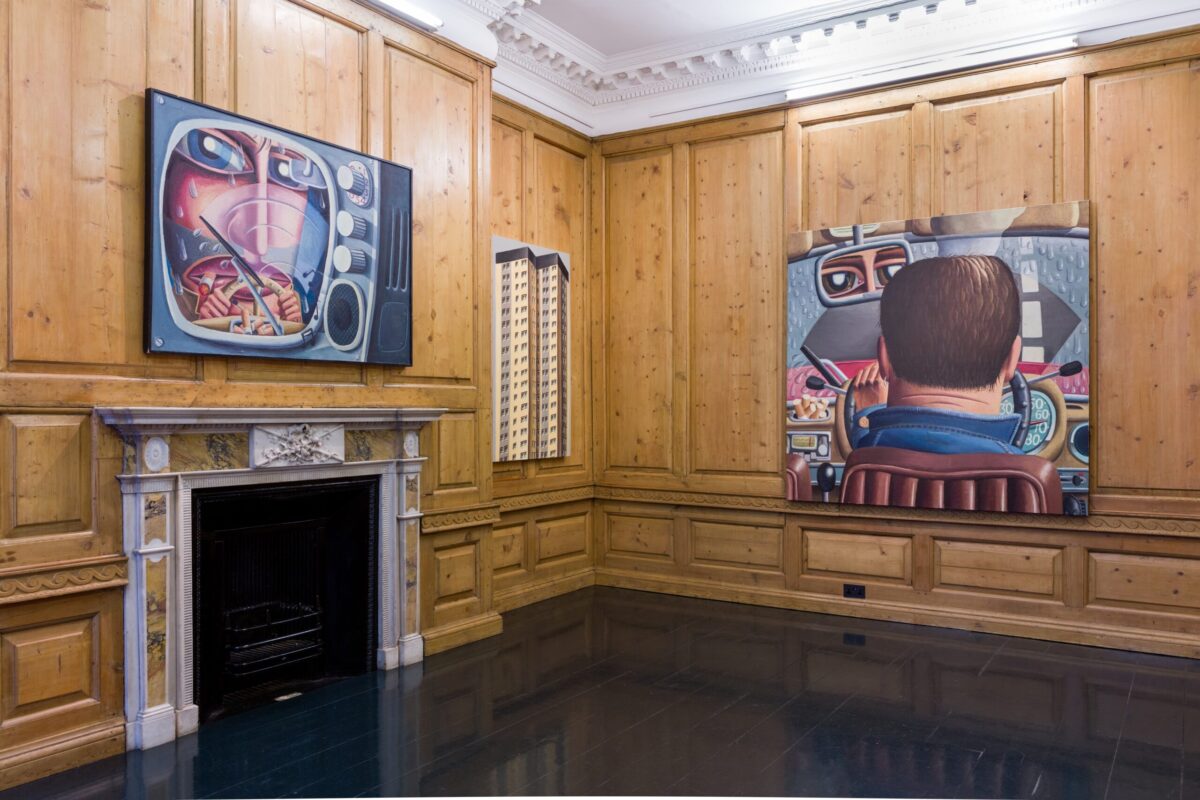 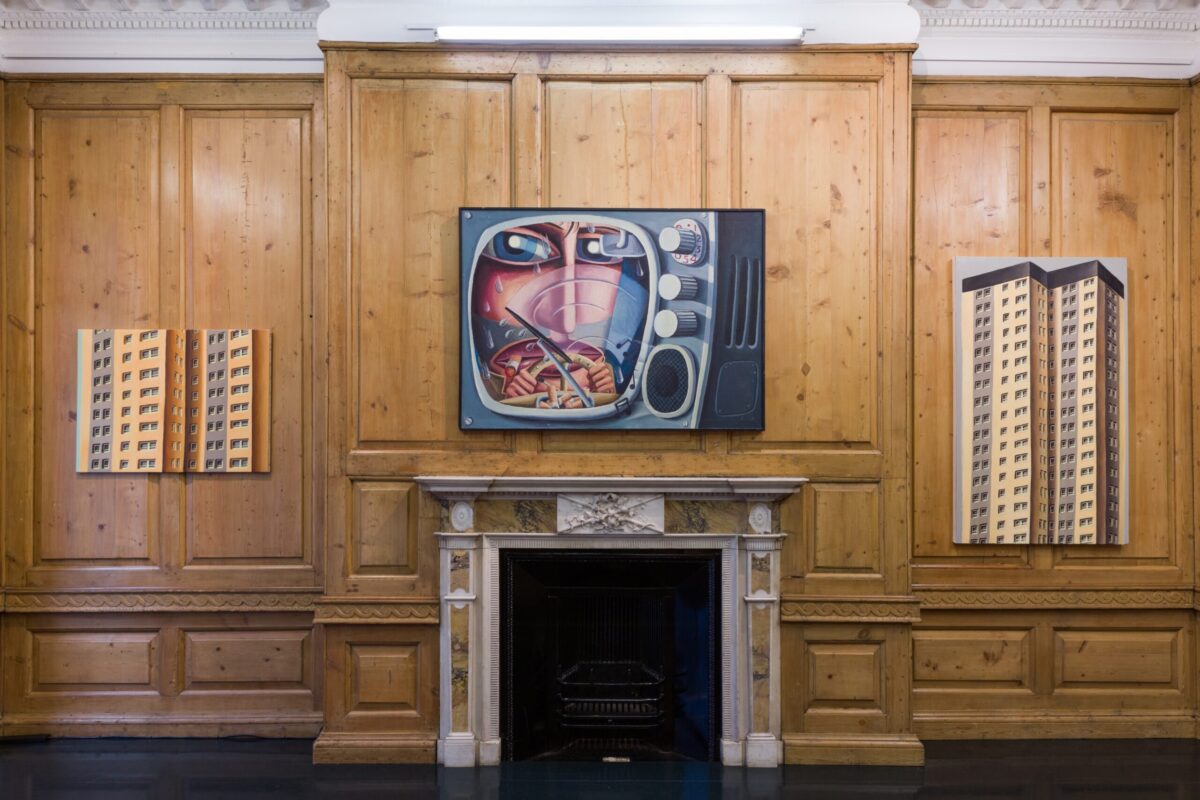 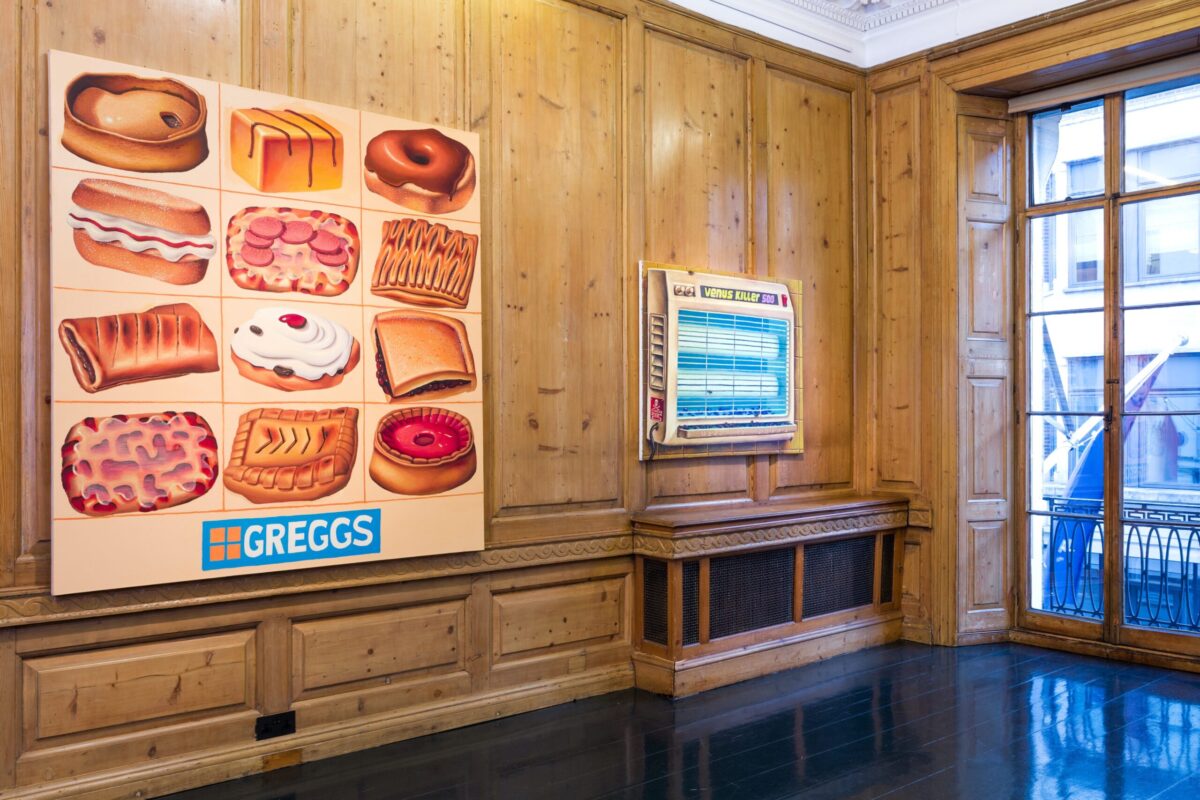 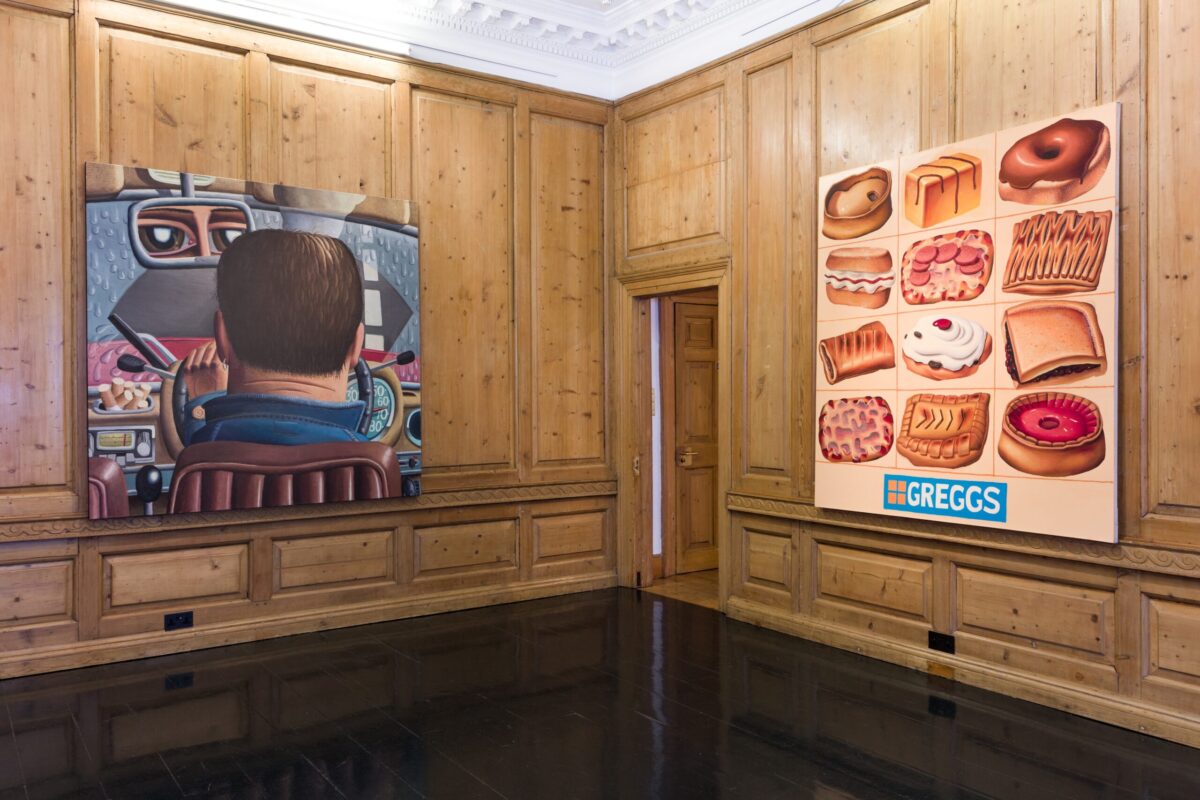 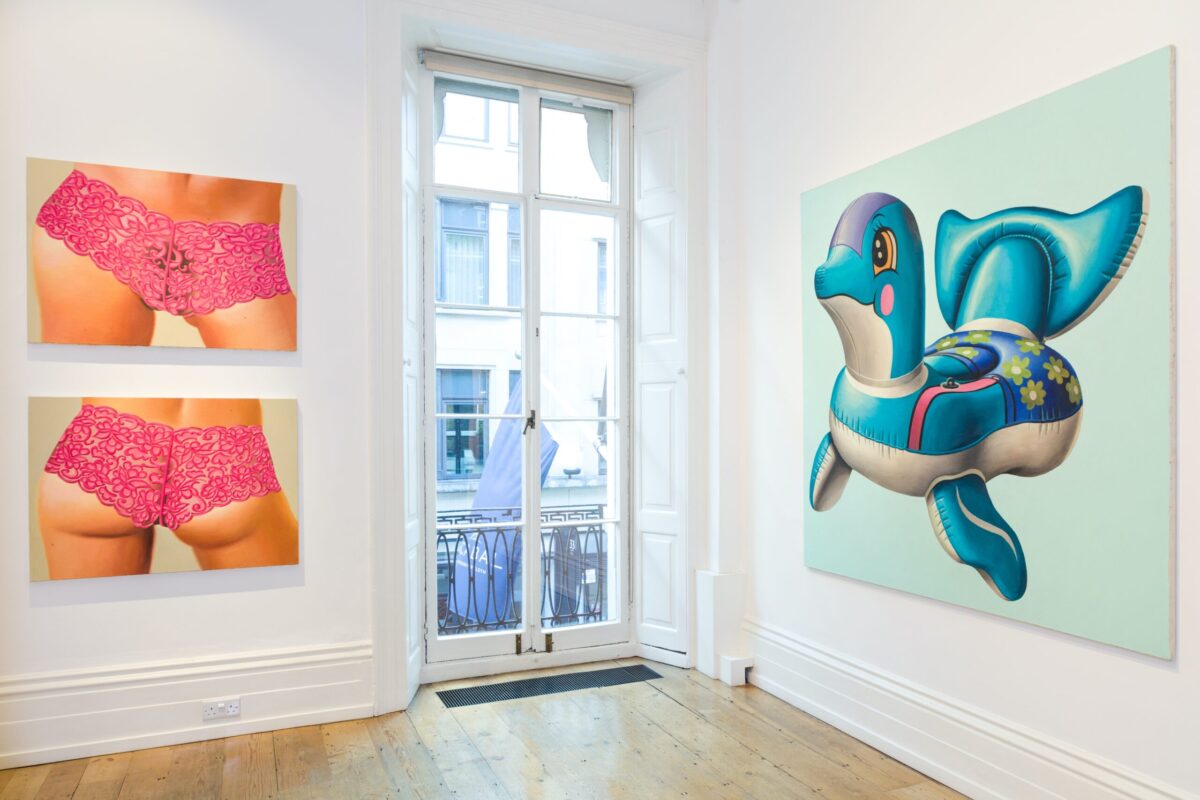 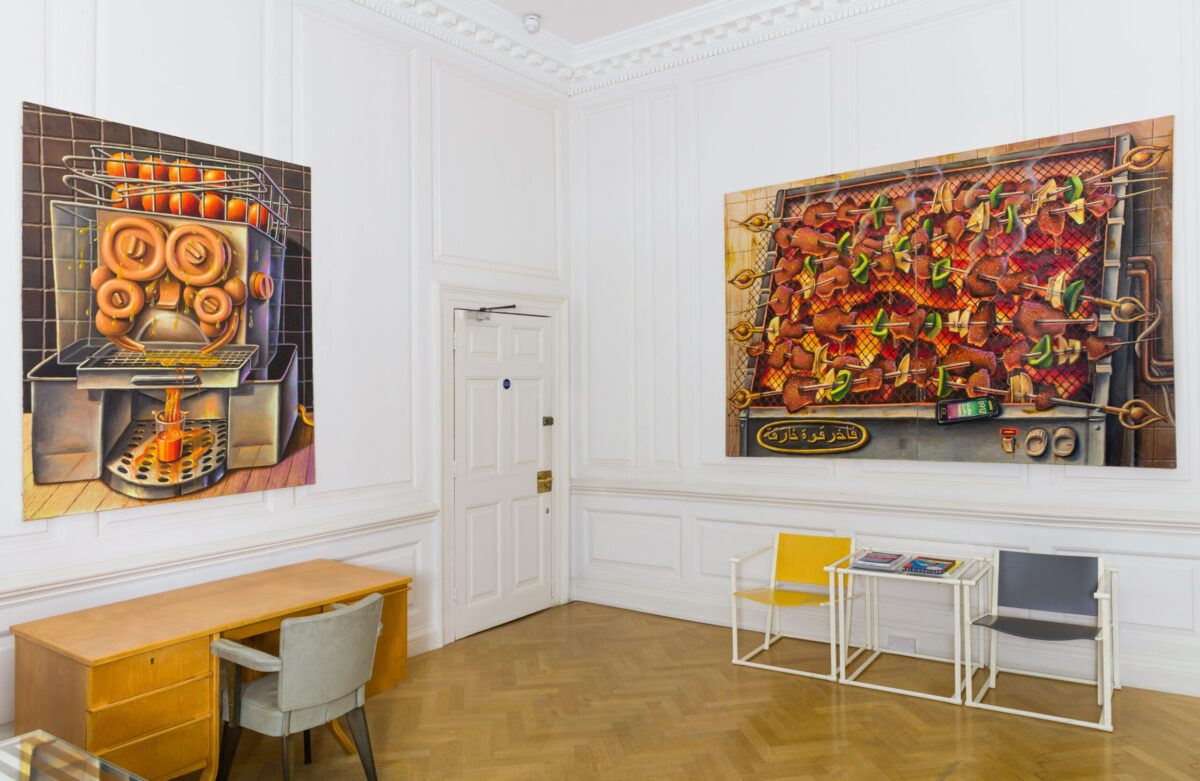 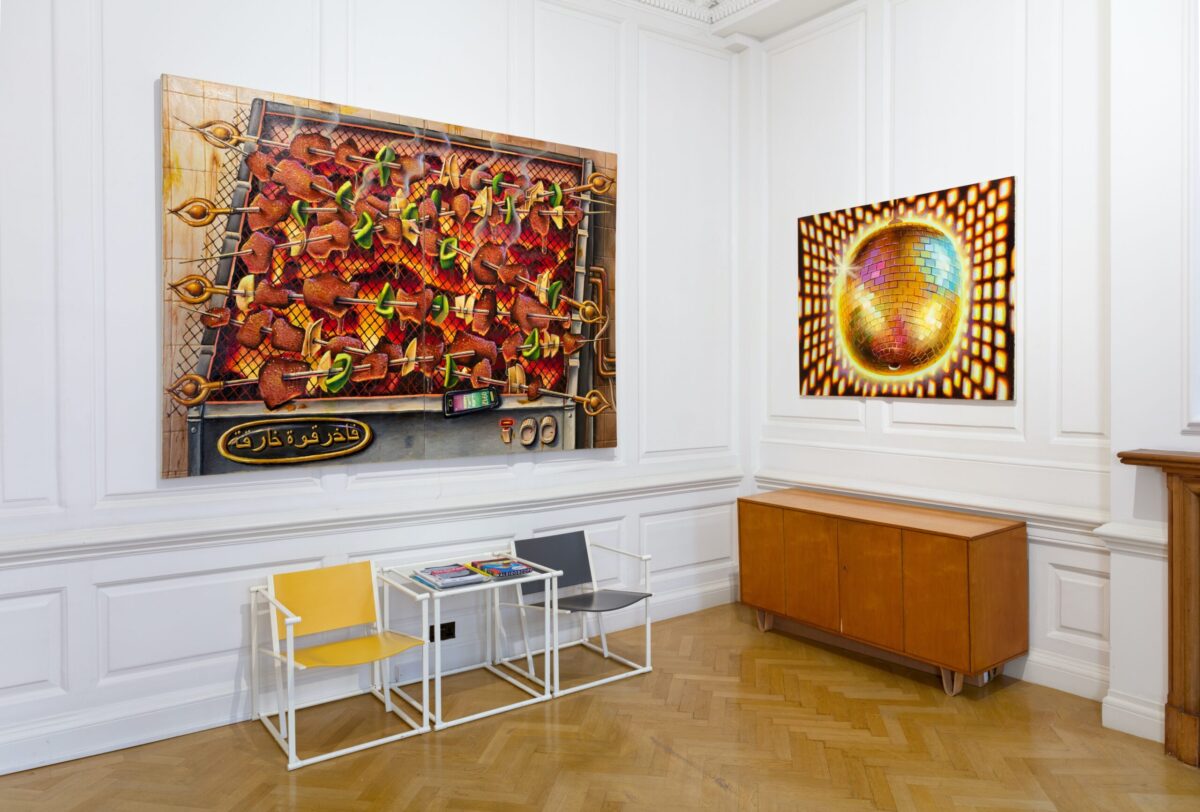 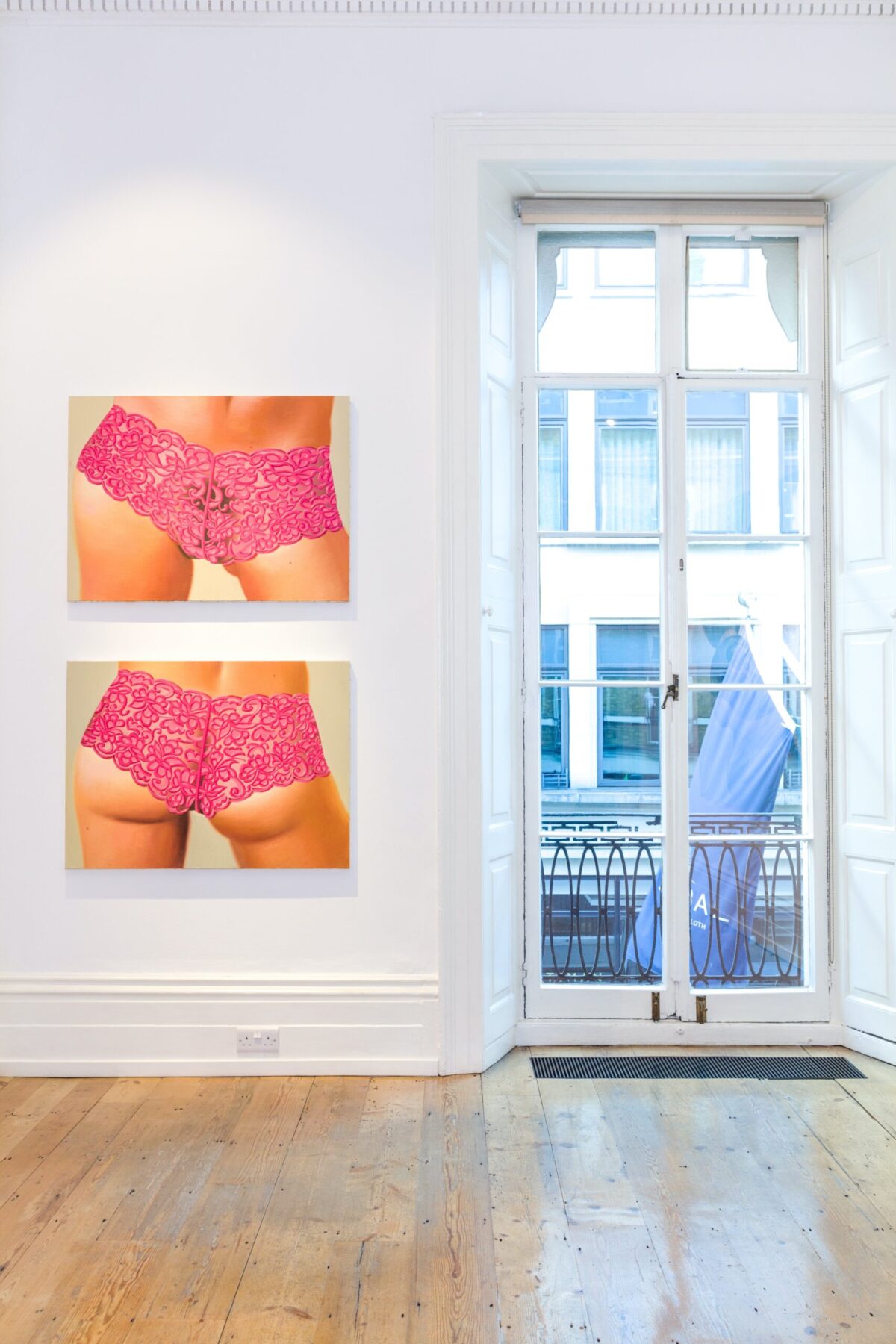 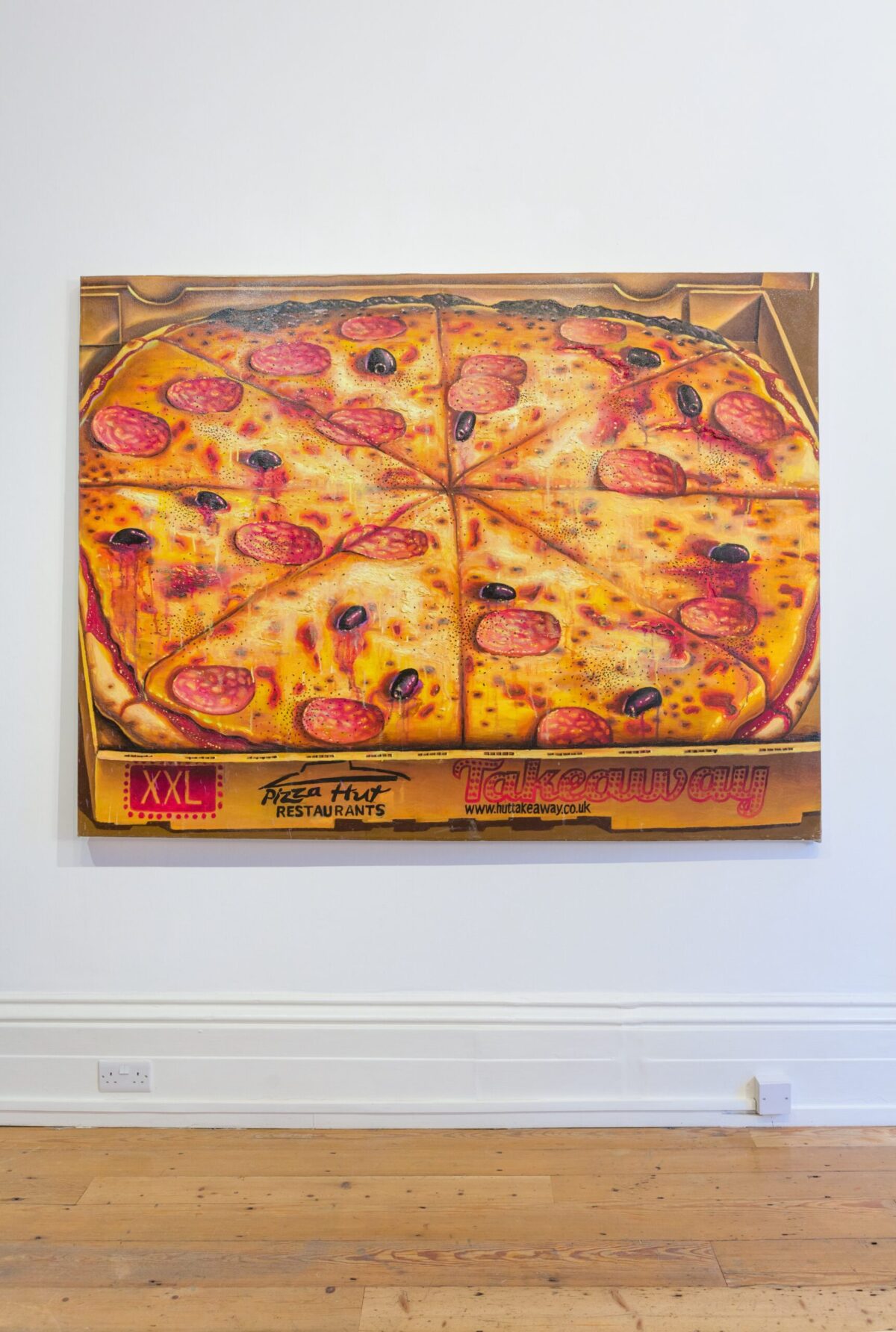 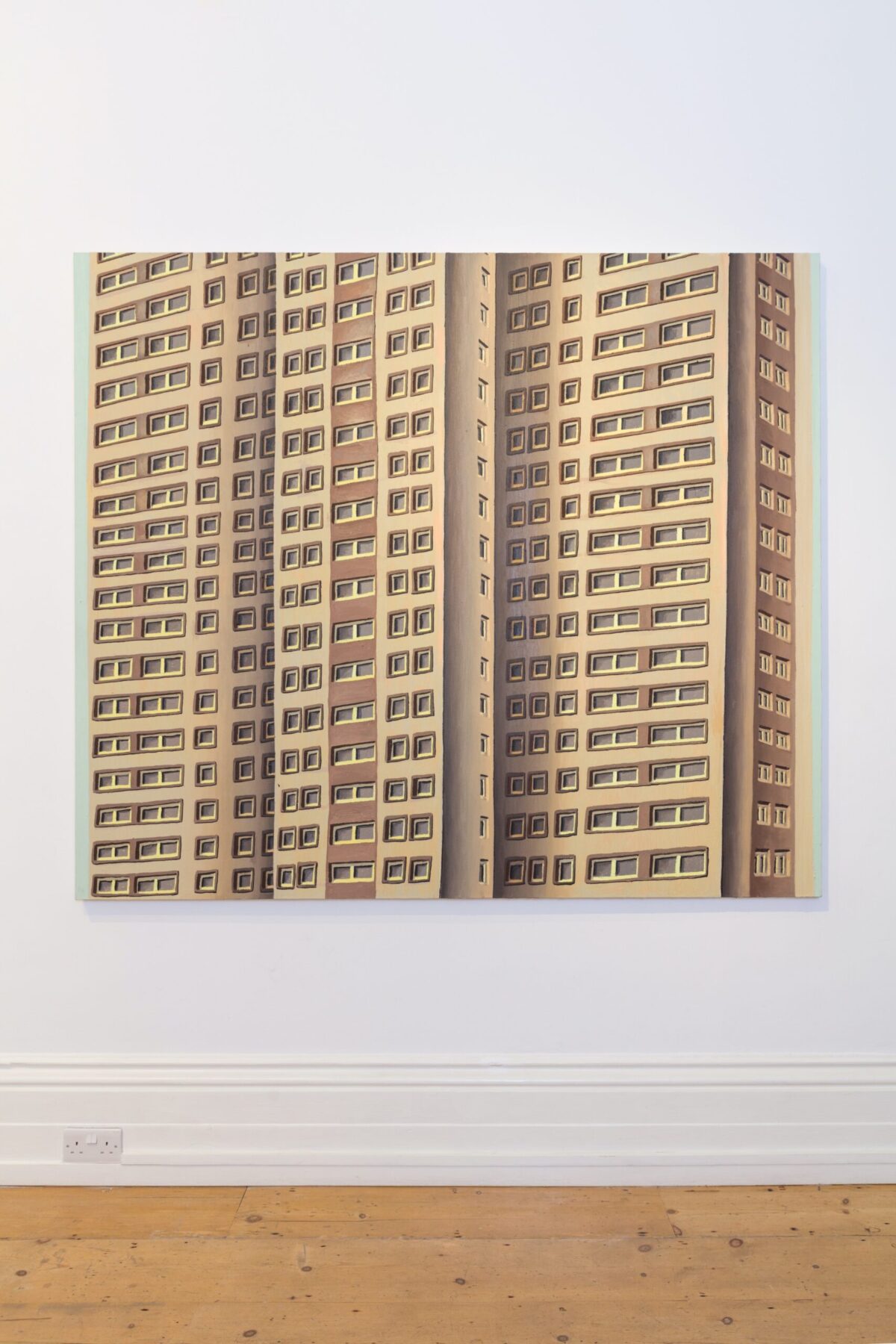 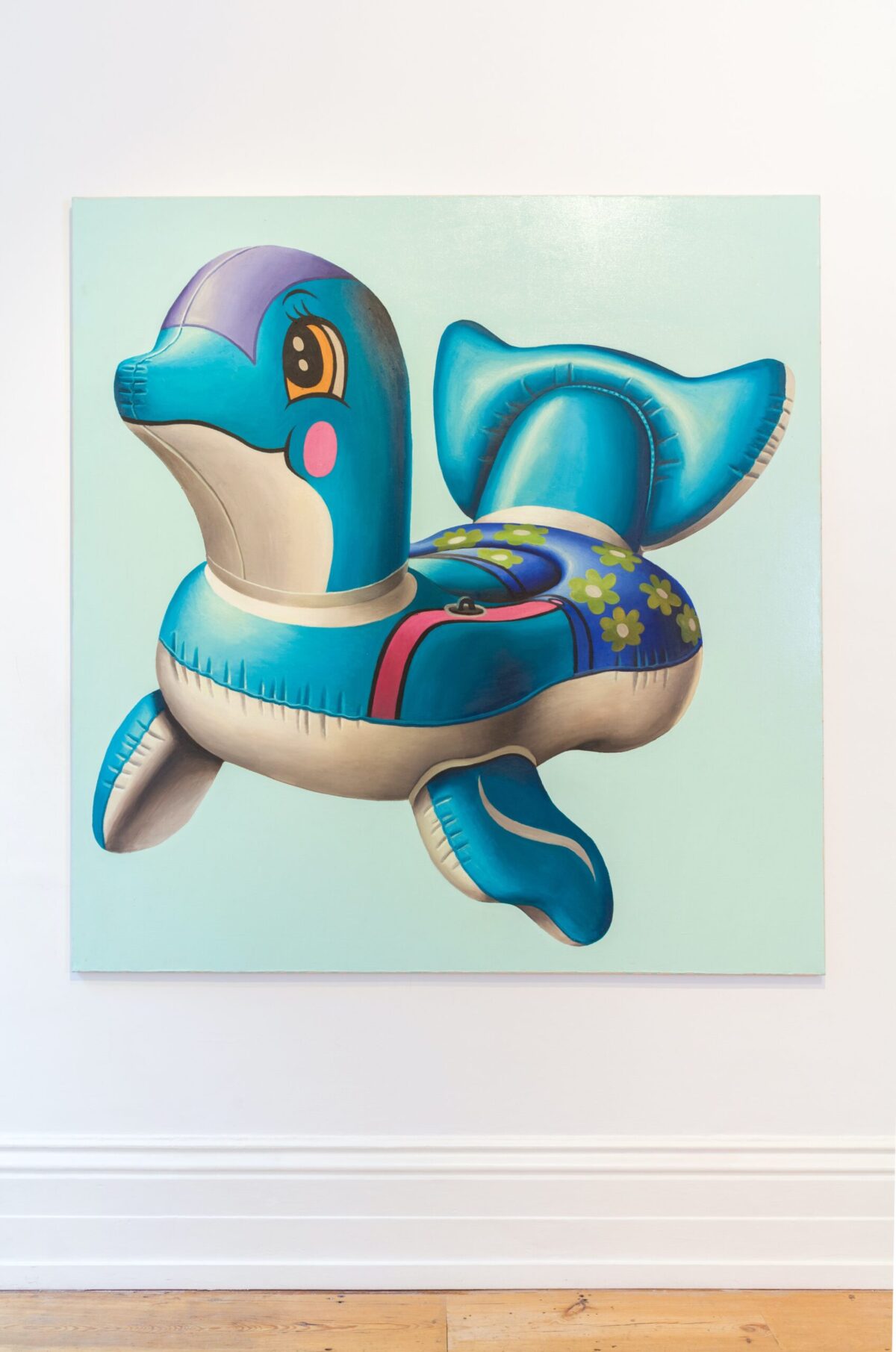 Alexander Guy (b. 1962, St Andrews, Fife) moved from Dundee, Scotland to London in 1985 to begin his Masters at the Royal College of Art.  This was a richly rewarding time for Guy, who emerged as a potential painting superstar from the course: Bob Geldof was one of his first collectors. A teaching position at the Glasgow School of Art followed, and in 1990, he was invited to participate in artist residencies in New York and Tennessee. Glasgow’s Museum of Art acquired his work and he was shortlisted for the prestigious John Moores Painting Prize in 1993.  However his battle with addiction began to undercut this momentum and he became homeless for a time. His paintings subsequently got lost, destroyed or stolen when he could no longer afford to pay the rent for his storage units. Galleries he worked with went bankrupt and with that, more paintings disappeared. In spite of all of these trials, he continued to paint.

An obsessive admirer of Guy’s work since art school, Oli Epp was determined to find him and talk to him. Guy had no social media, no mobile number or working email address. Through the sheer luck of finding his fiancé, Caroline Gormley, on facebook, with whom Guy runs an art school in Paisley, they were finally connected. From there, the mission began to track down his paintings, which were found in warehouses in Italy, Germany and France. Oli brought in Carl Kostyál to help in the mission and together they have spent the last year hunting down Guy’s best surviving paintings in order to present the first retrospective exhibition of his work from 1986 to the present.

As an artist, Guy has a genuine thirst to engage with real people and places, painting what he calls the ‘tacky realism’ of modern life. His oeuvre functions as an incredible encyclopaedia of behaviours, trends and pop culture in Thatcherite Britain.  He is the UK’s modern-day Domenico Gnoli. Guy’s version of Pop art, where banal branded objects occupy the space  (the canvas) formally dedicated to ‘high’ art, has a humanist feel. Kleenex, Greggs, Mr Kipling, Harpic, Starbust could not be said to be seductive graphically as elements of every day consumption but Guy renders them  almost to a photo-realist degree, and with a kind of nostalgia that brings these objects strangely to life.

He ploughs through art history for familiar motifs and subjects in the same way that he eagerly gathers images from the internet, combining them with details, objects and people from his own daily life. He treats every subject with the same raw, quasi-photorealist approach: folk at the pub, celebrities, pornography, rubber dinghies, sneakers, overflowing ashtrays, loo roll, cleaning products, dog food – all are potential fodder for his sharp and unforgiving eye.

The crude freshness of his aesthetic evokes the metaphysical compositions of Giorgio de Chirico and the naive style of late Philip Guston, whilst also nodding to the urgency of the social realism of the Mexican muralists. There is a simultaneously smooth and thick impasto handling of paint and the work glows with a saturated, artificial intensity. A dark roughness creeps around the edges of his everyday objects and people, yet it never fully penetrates the bold spirit of his work. He paints the bleak reality of everyday life, transforming it with an electric potency, which feels as fresh and as urgent as if they had been made today.