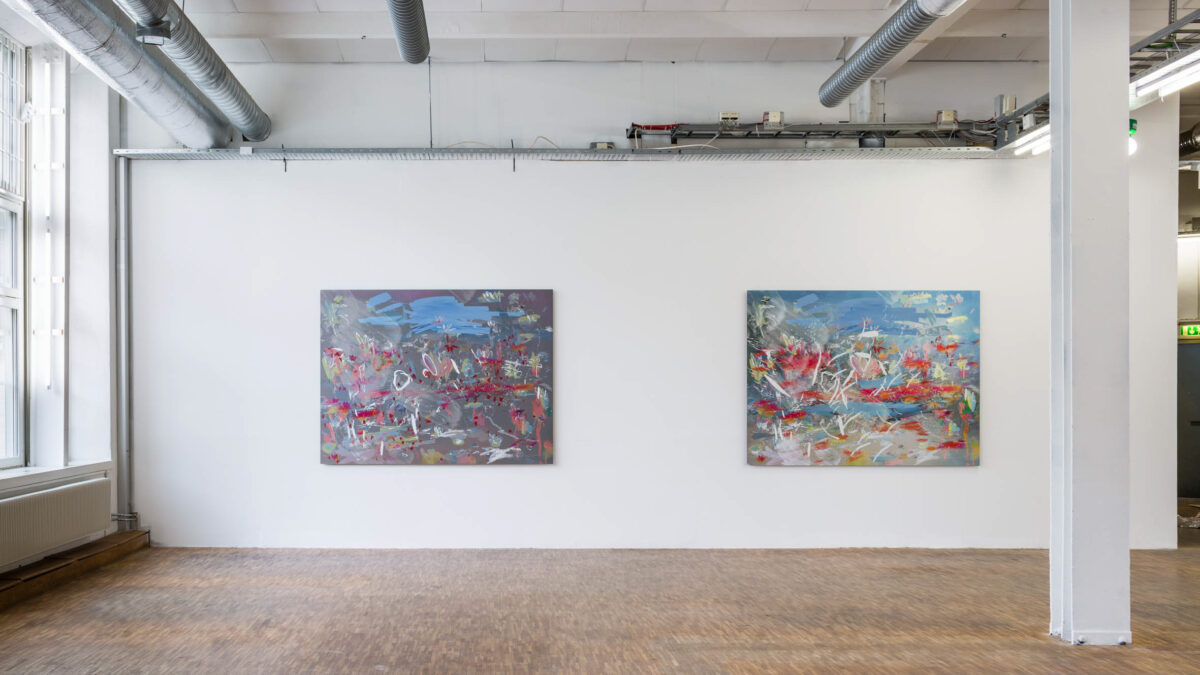 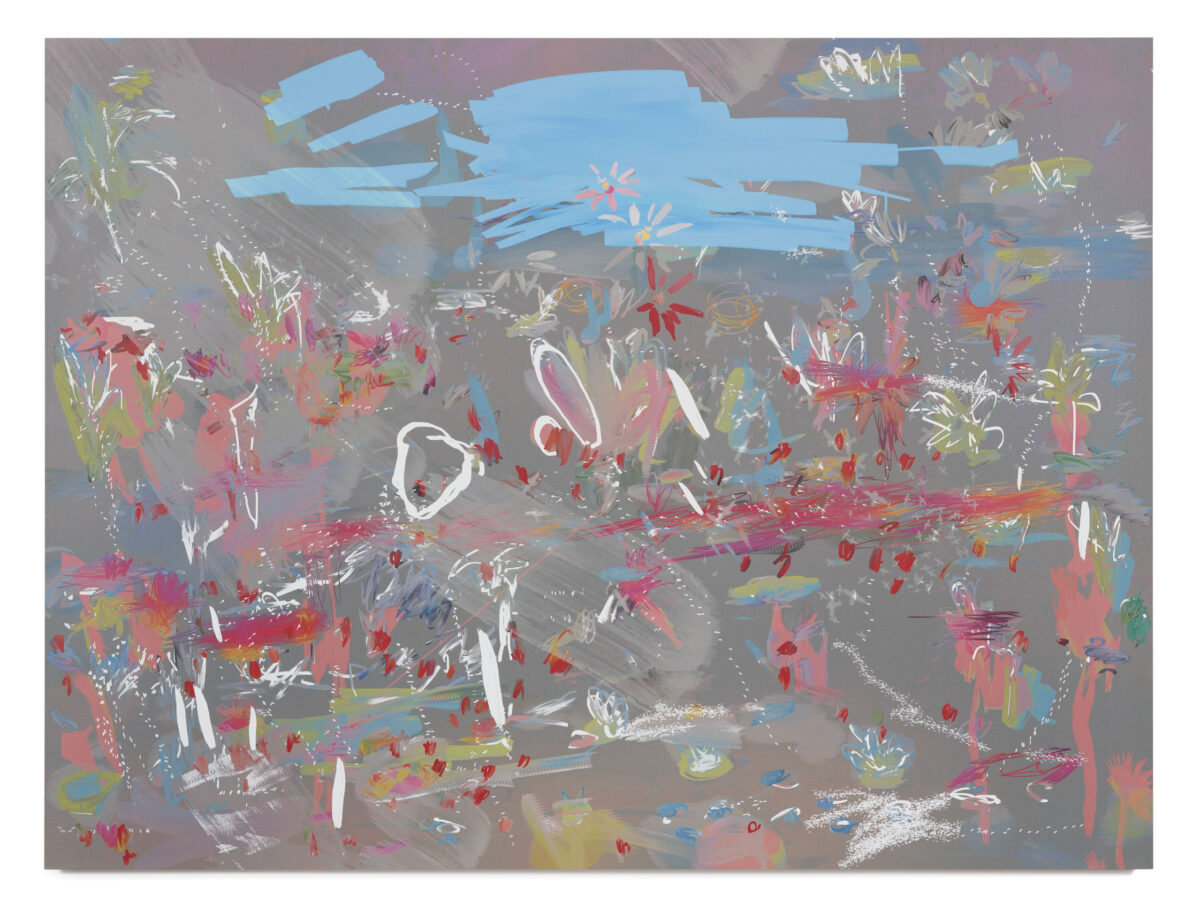 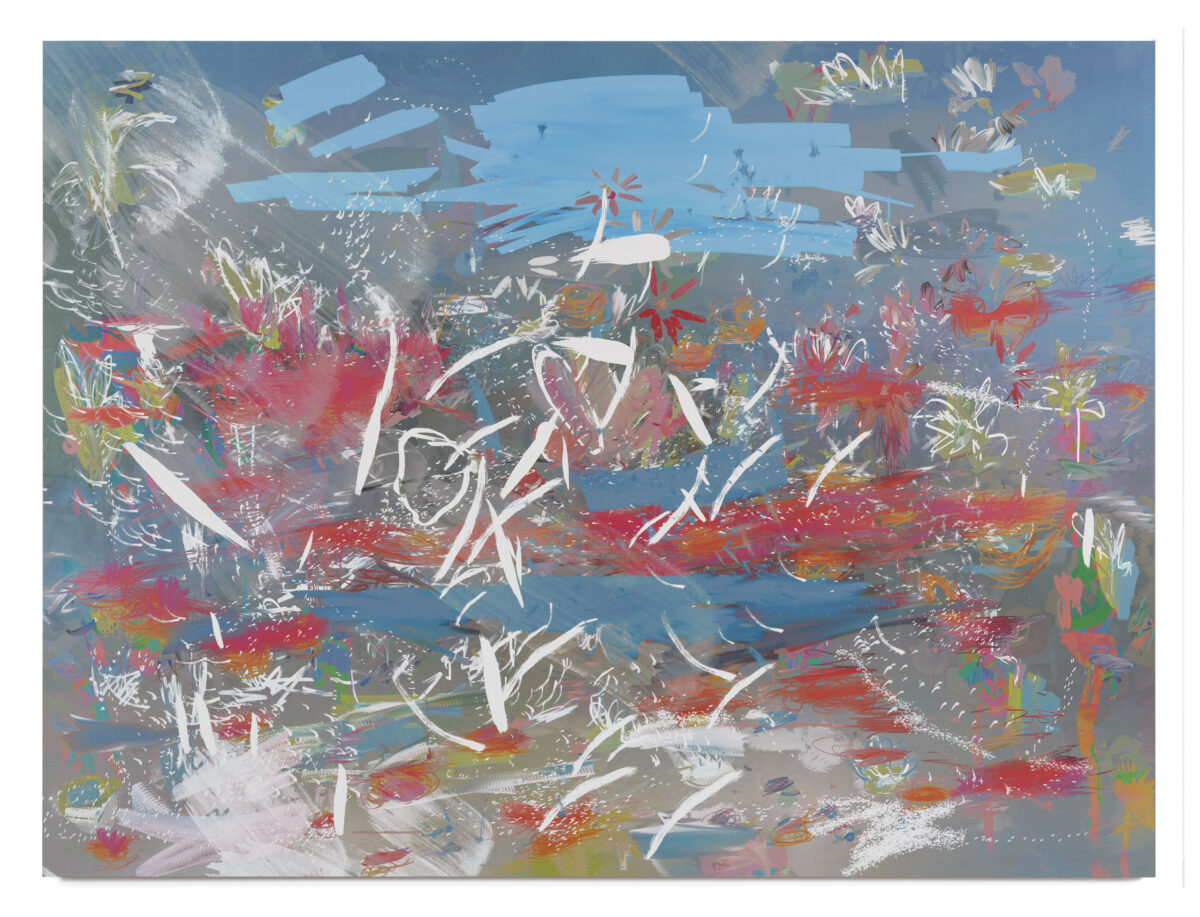 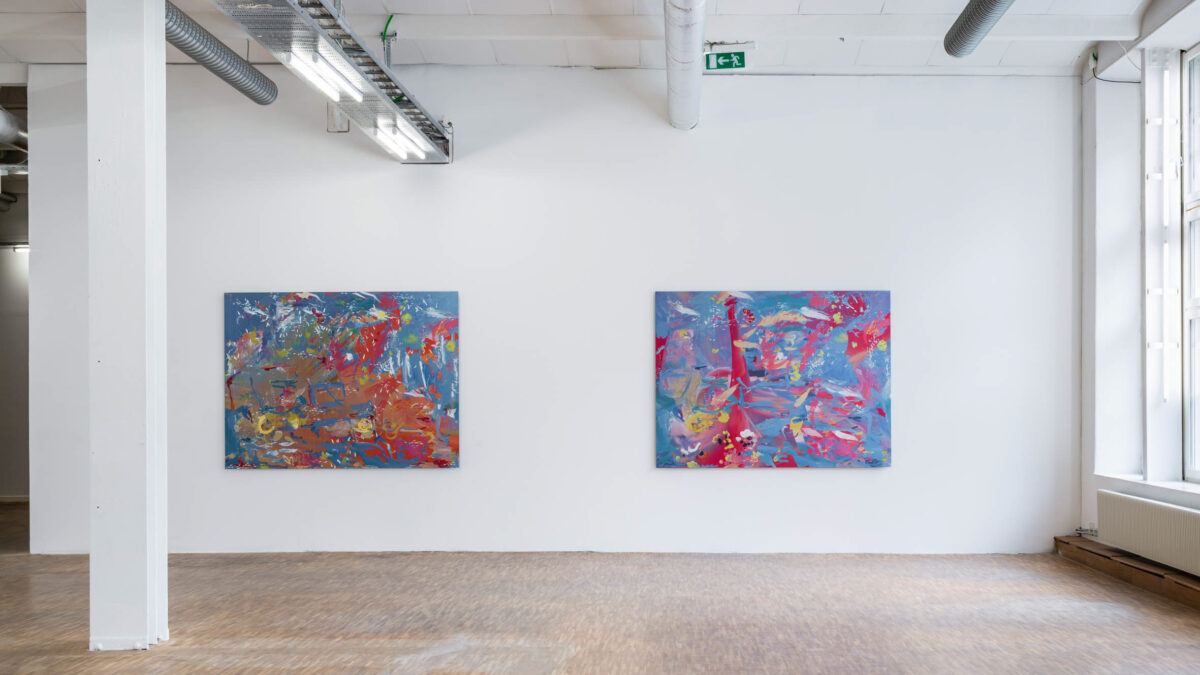 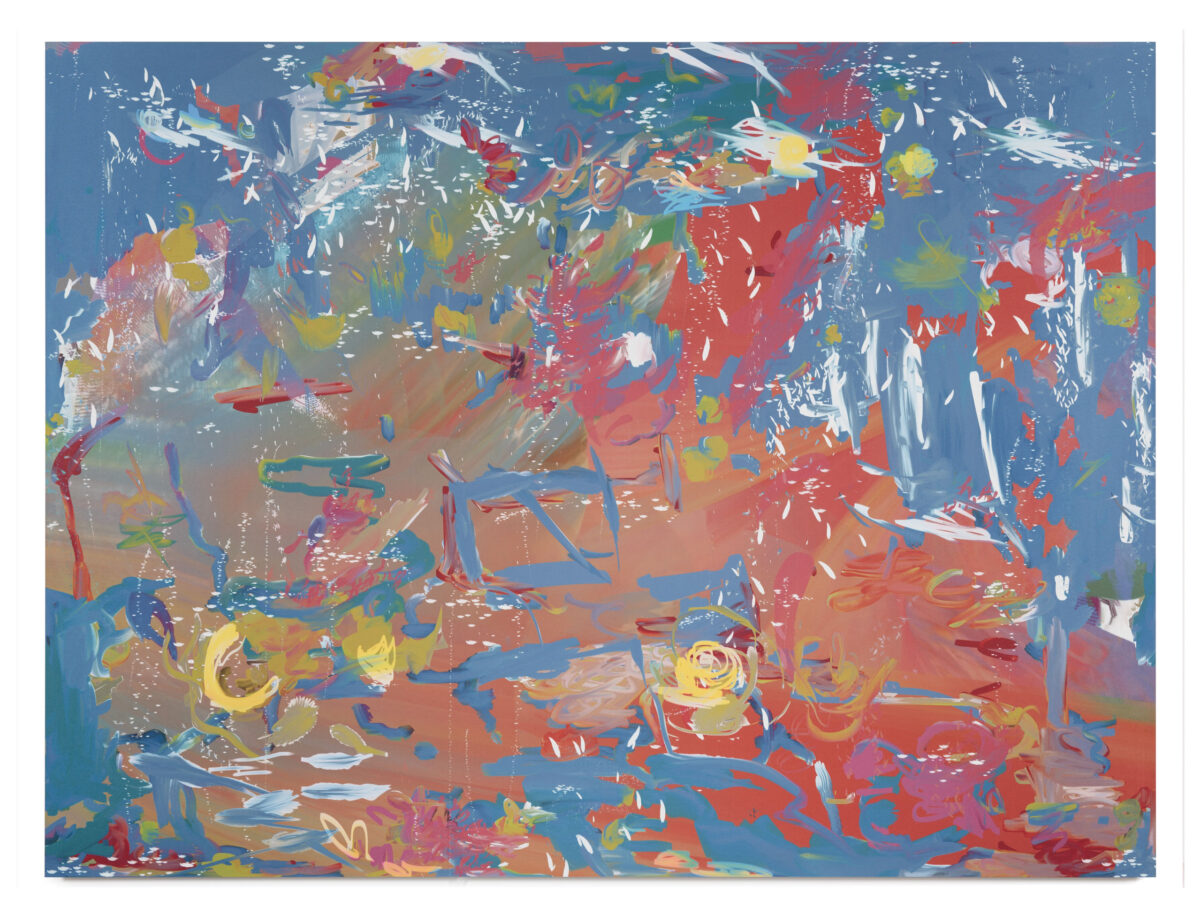 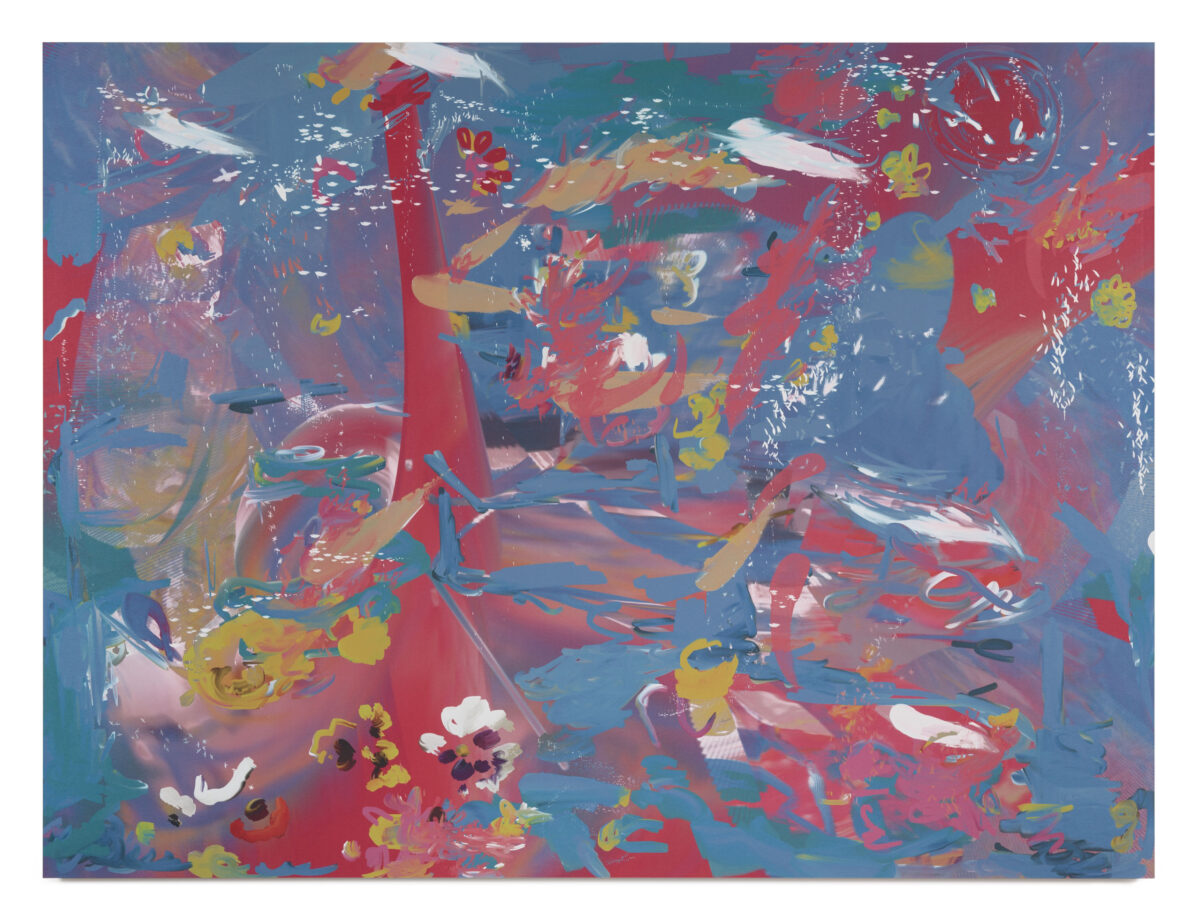 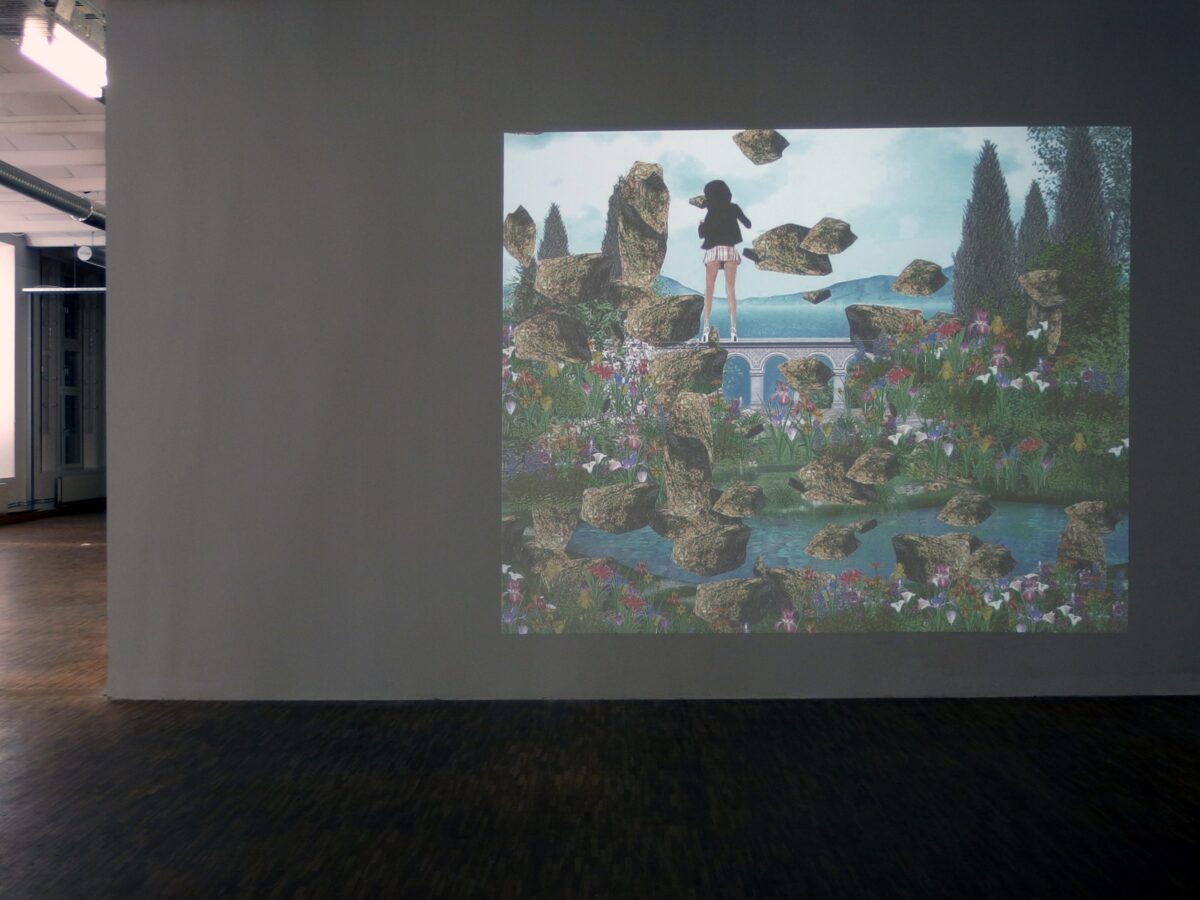 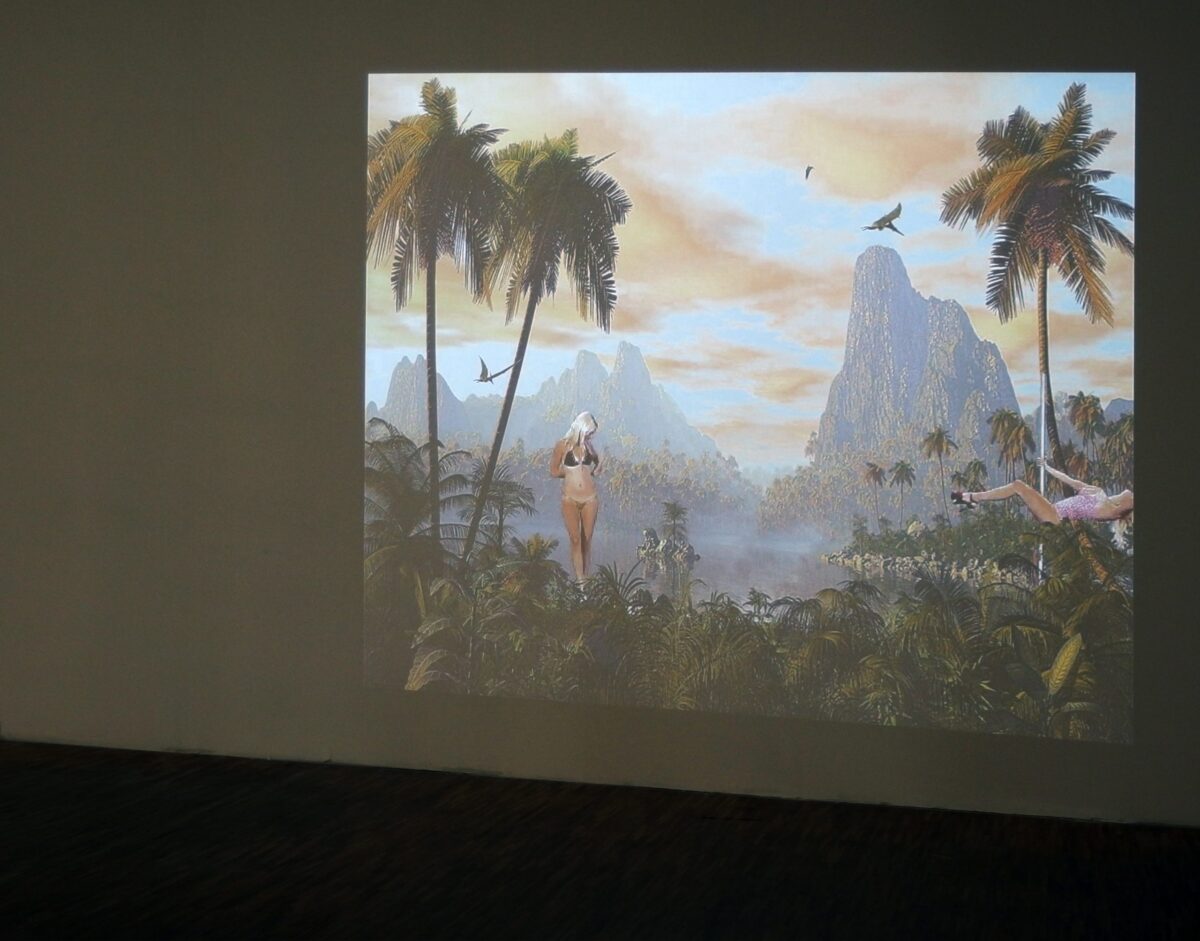 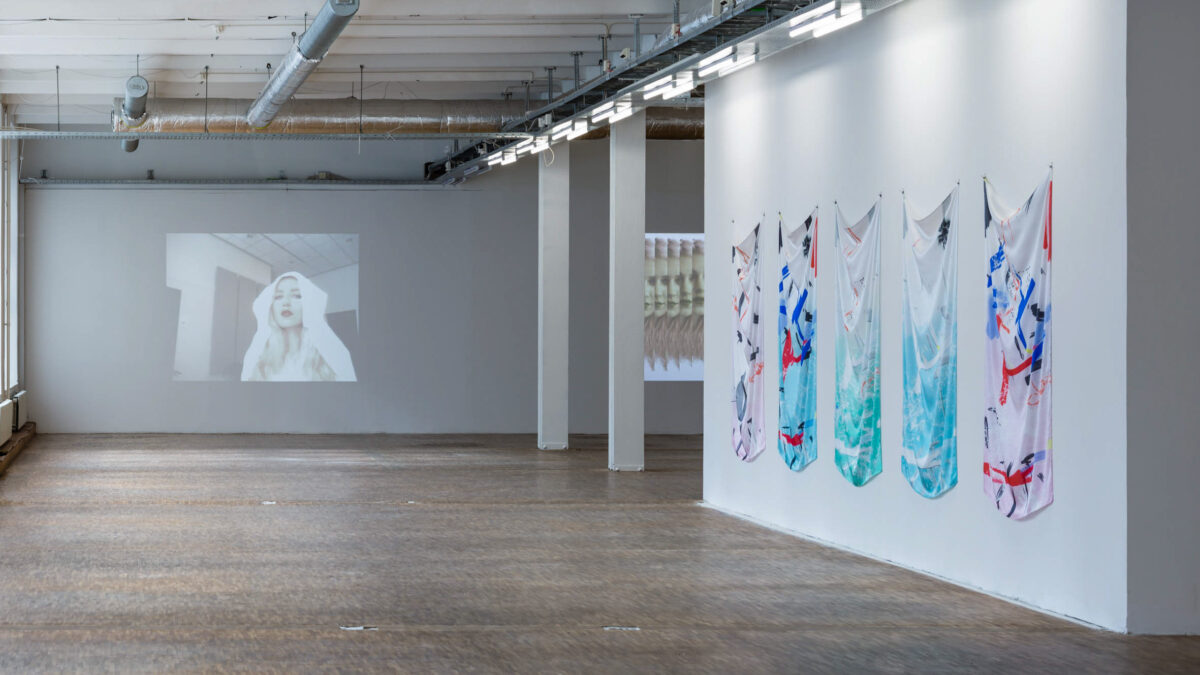 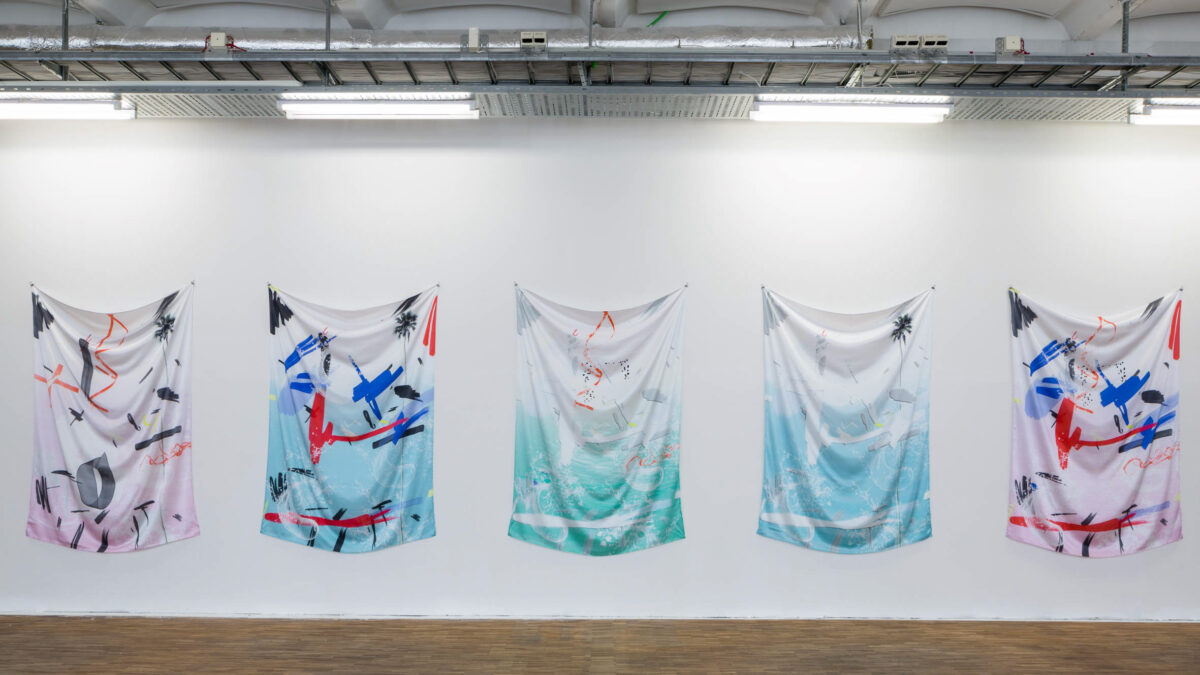 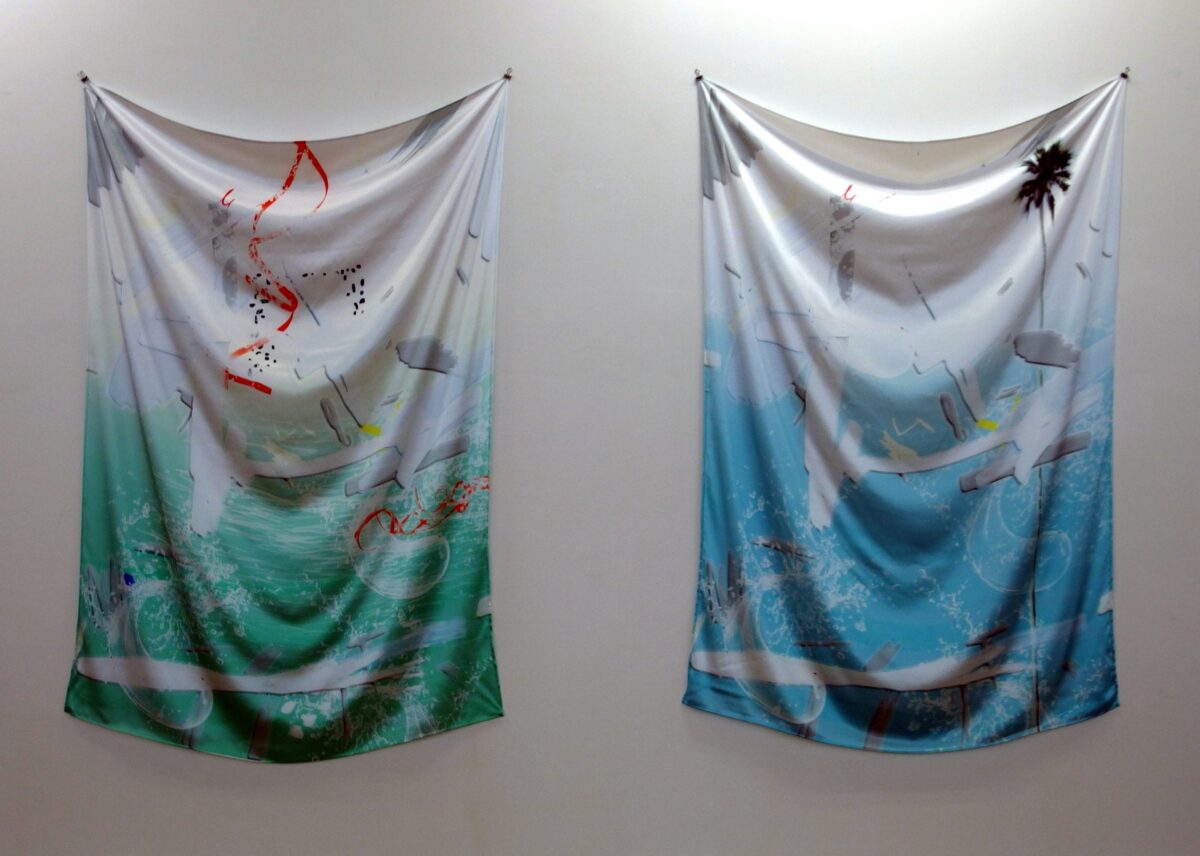 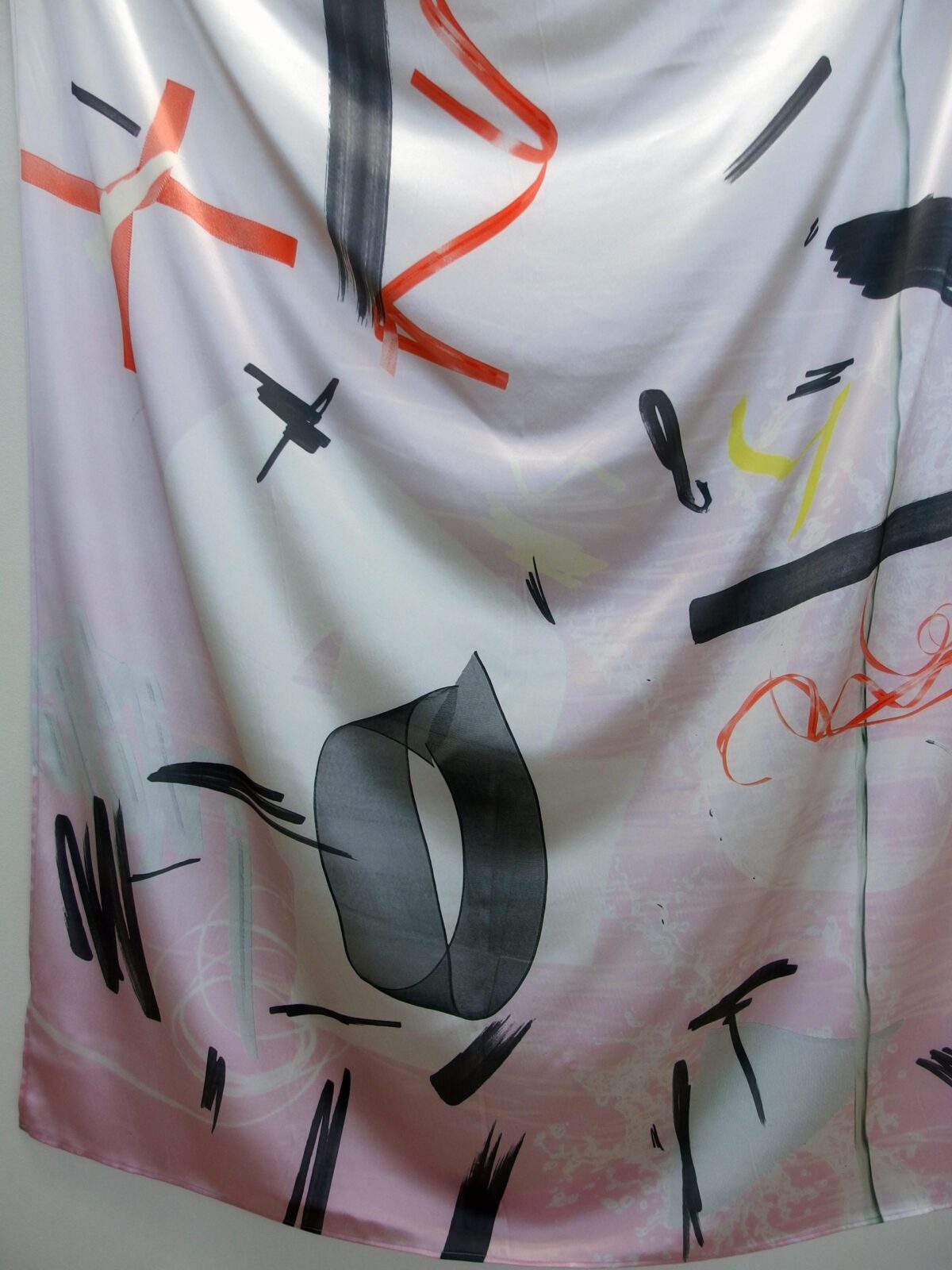 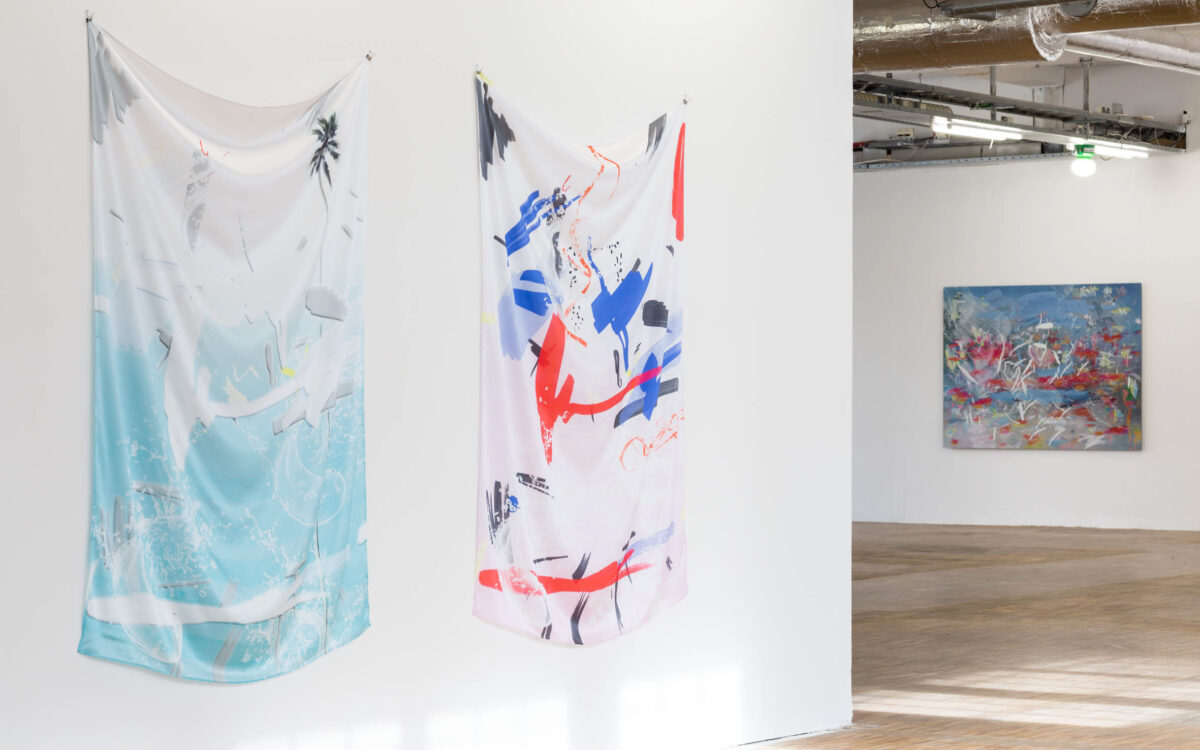 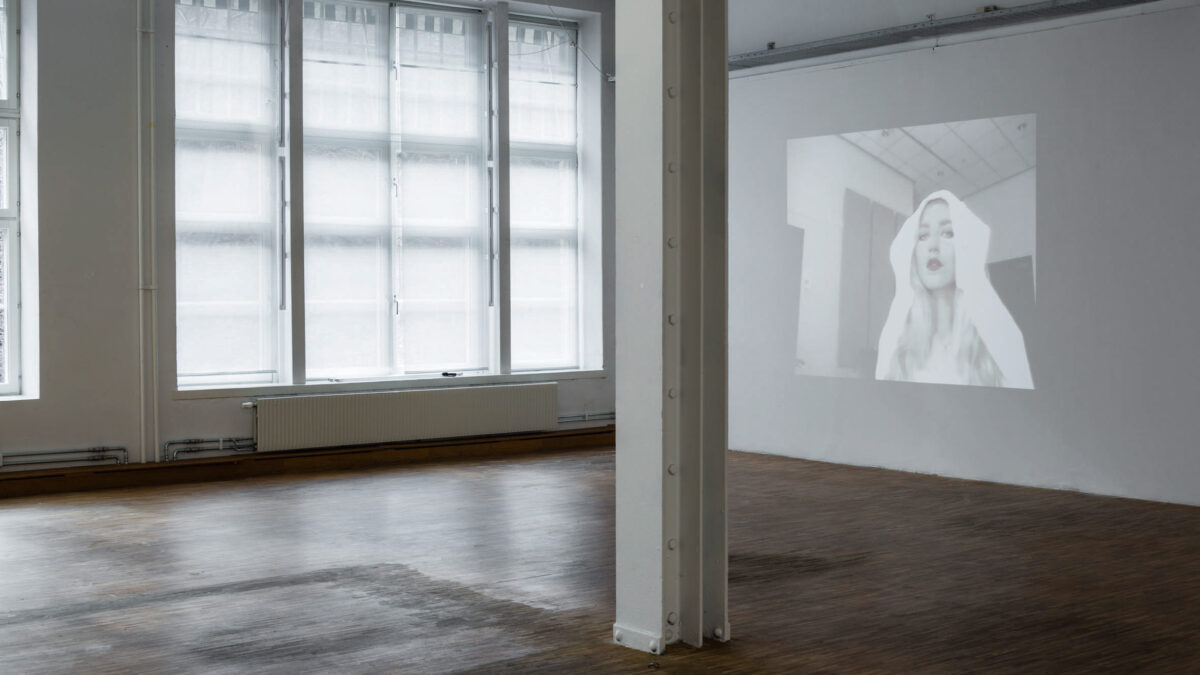 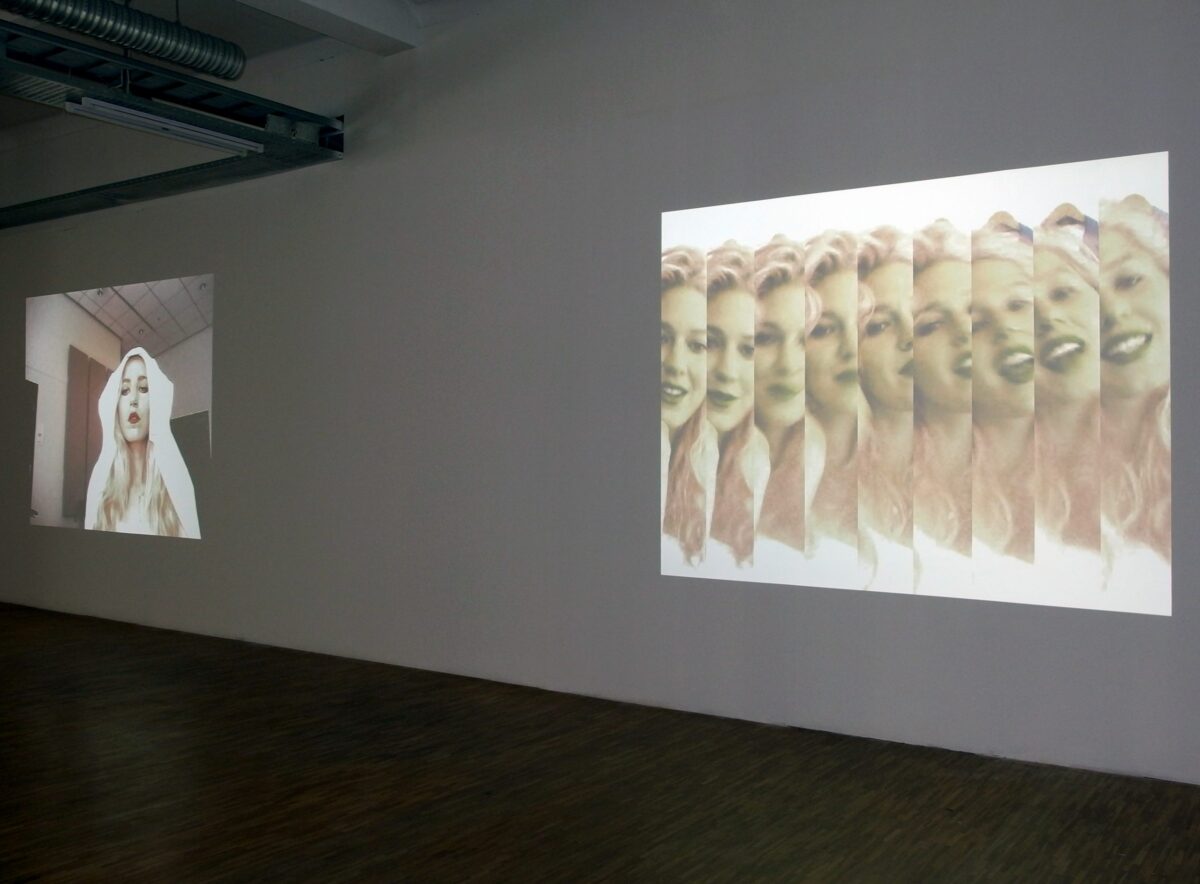 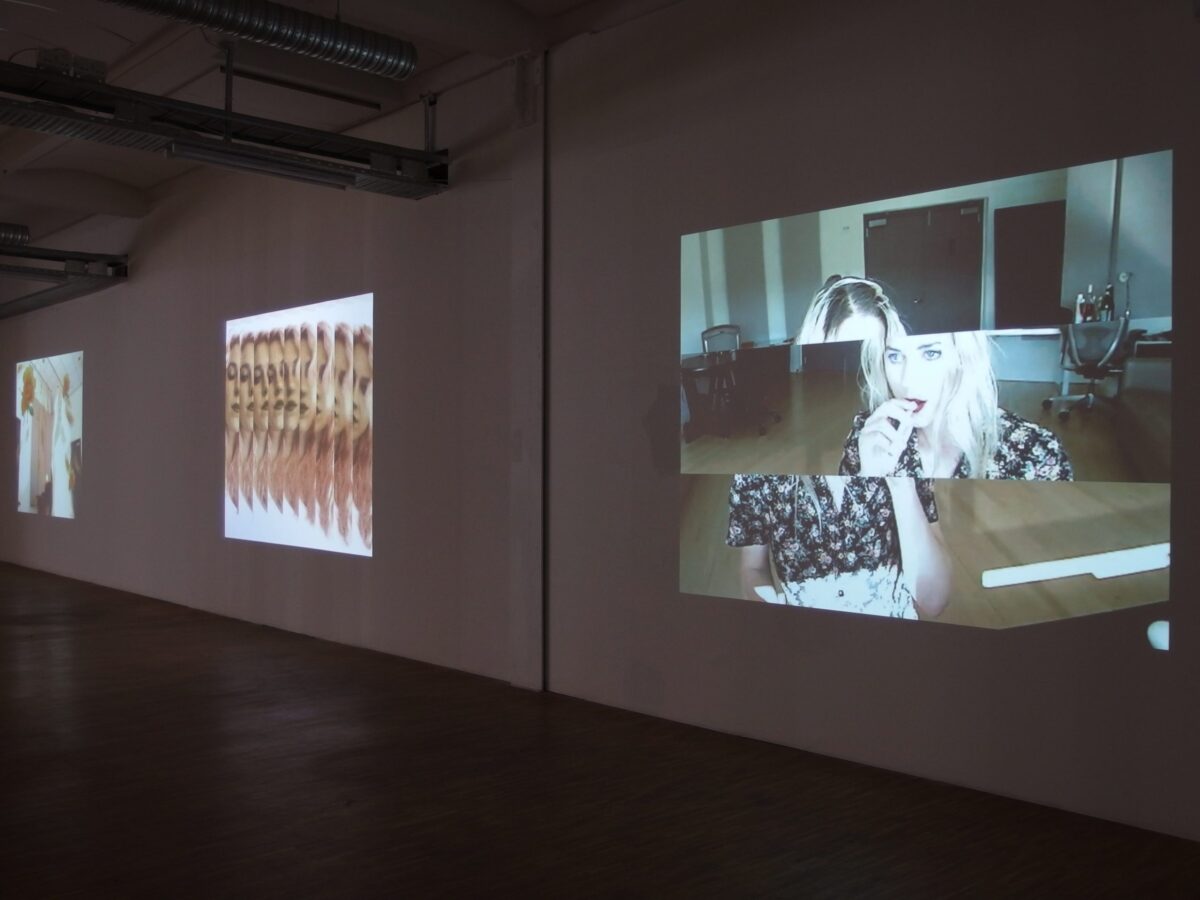 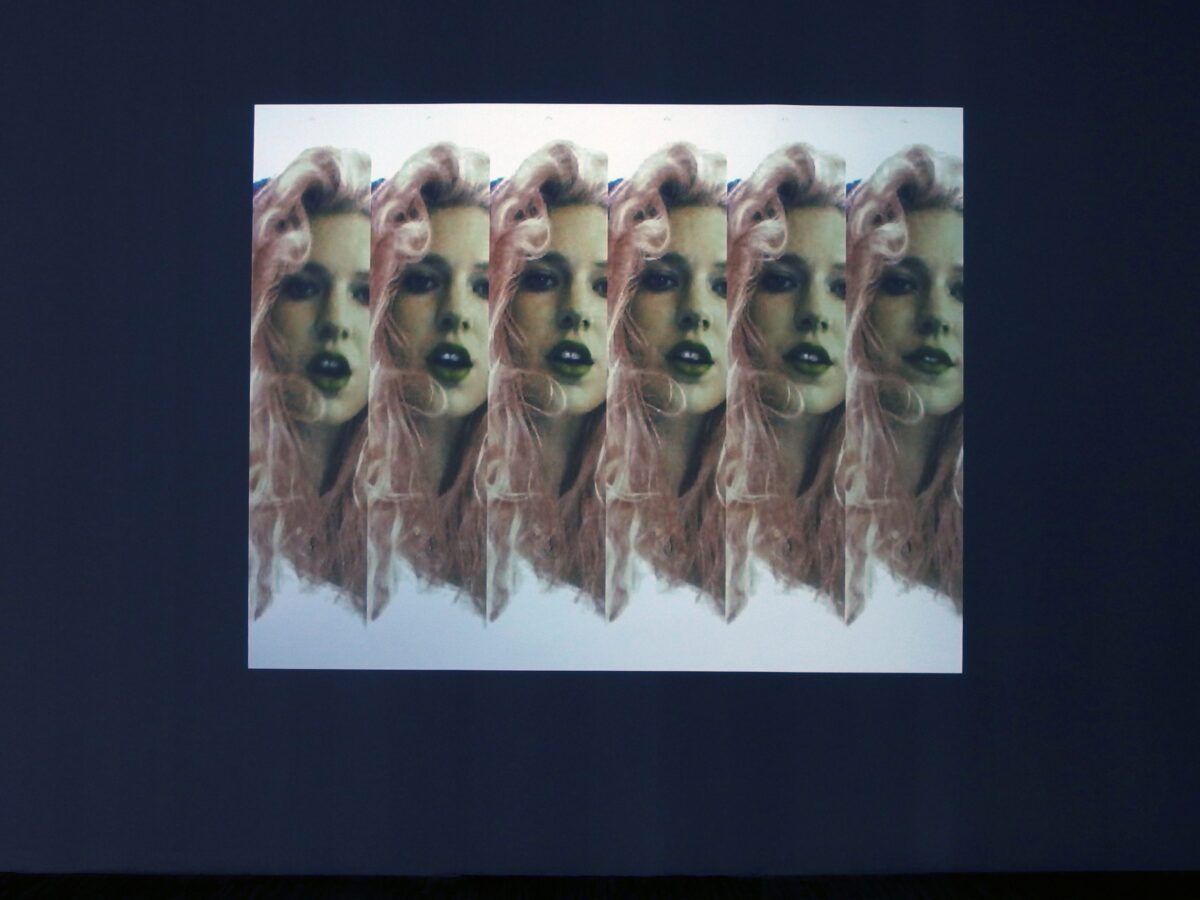 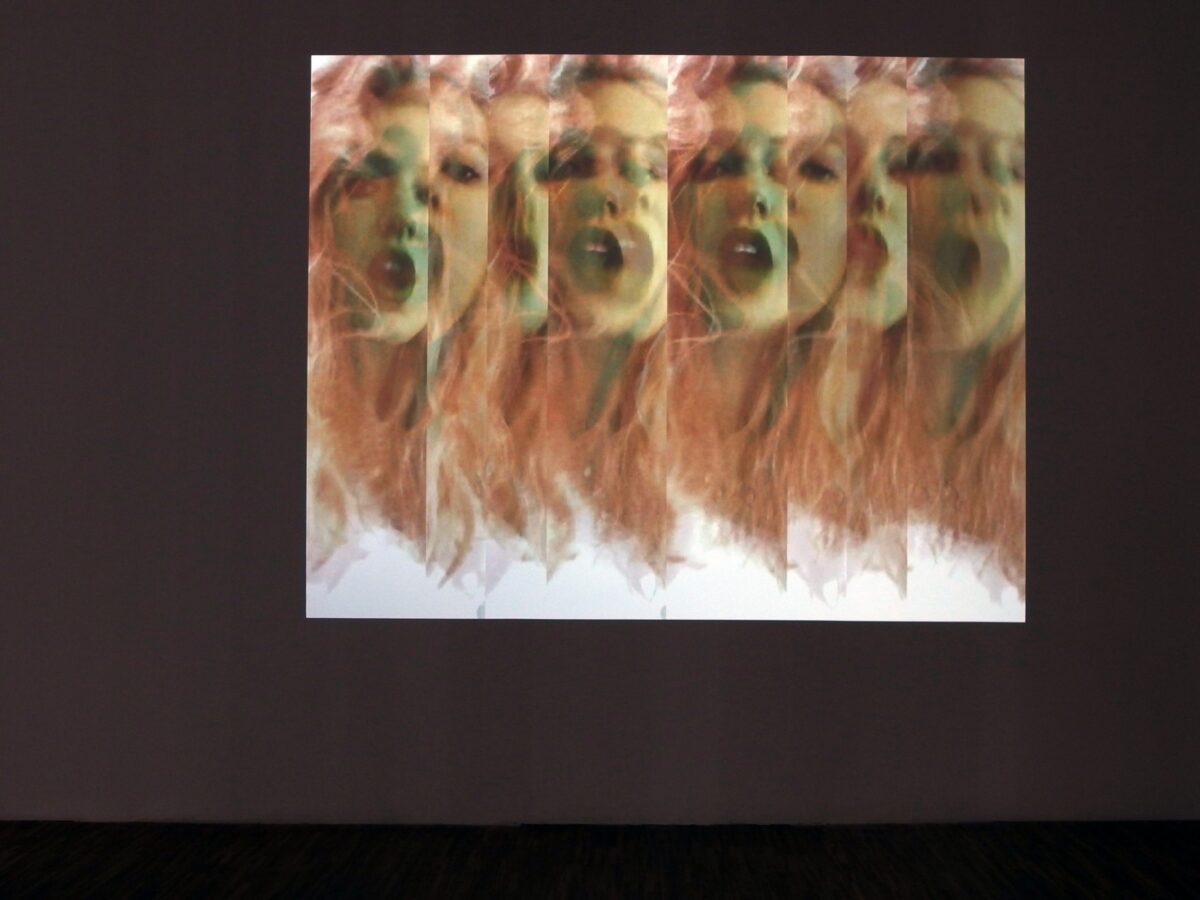 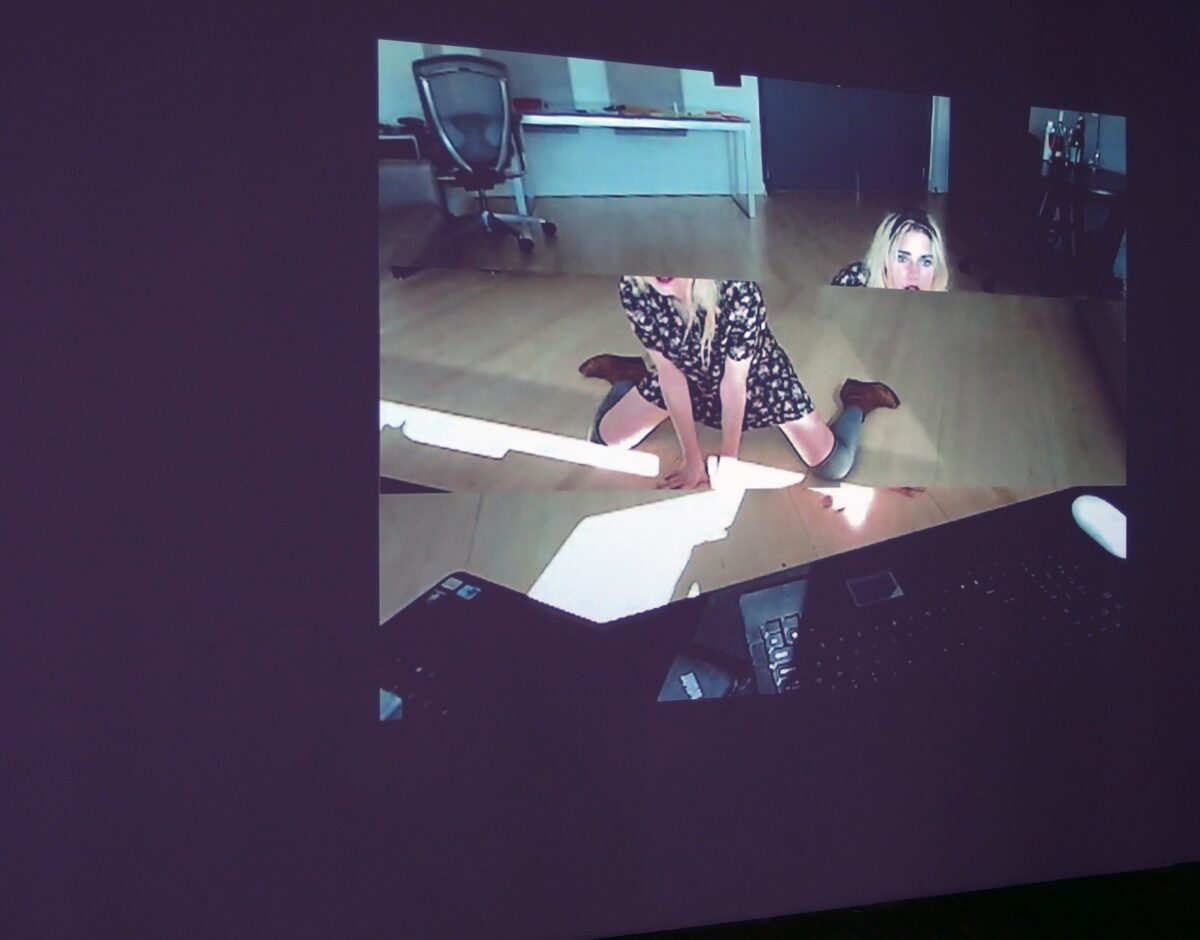 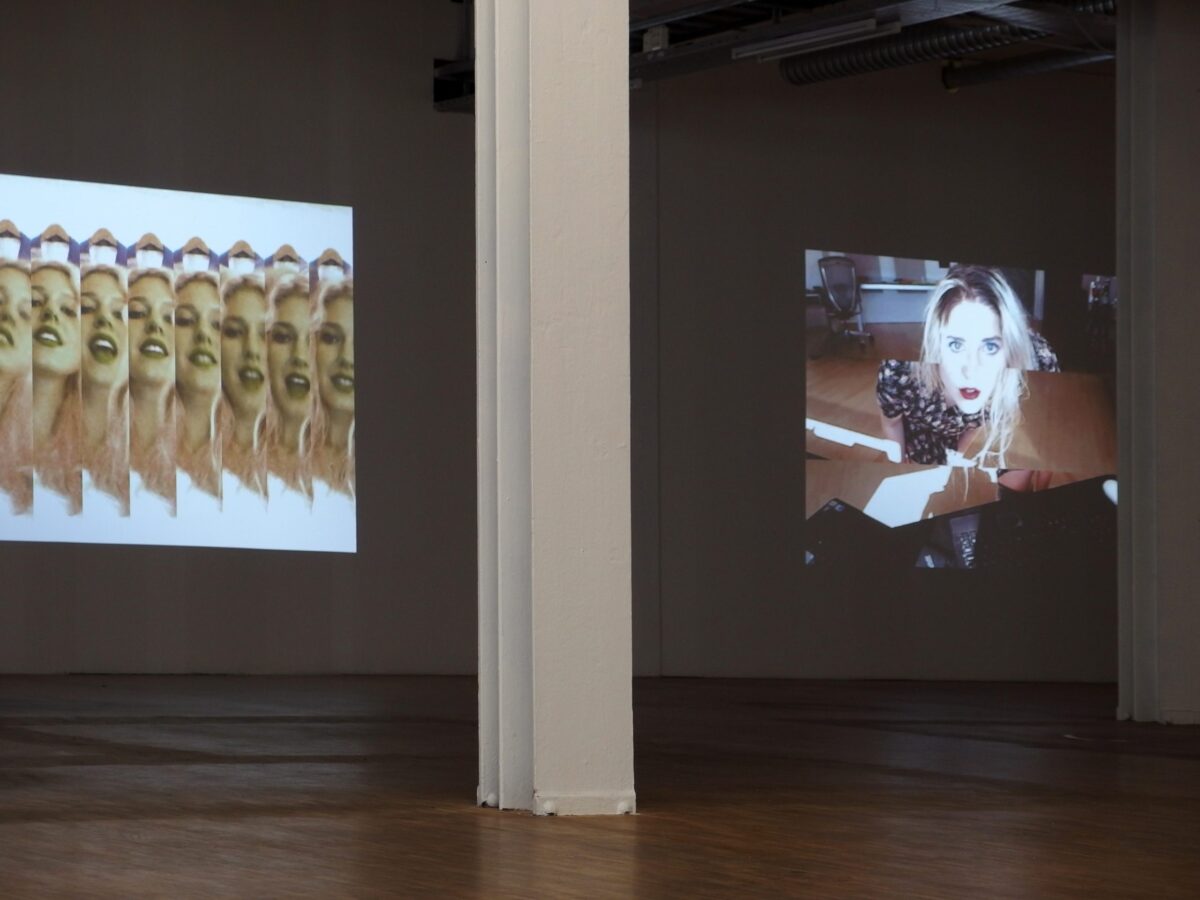 Exploring Petra Cortright begins online. Her website opens with an Emoji-crucifix covering the screen leading to a seemingly infinite scrolling of arrows. When reaching the end one finds a smiley sticking out its tongue, instructing the user to “CLIKC HEER”.

Petra Cortright’s solo exhibition at Isbrytaren is the first major presentation of her work in Scandinavia. It moves from the web-based realm into the domain of “the real,” while blurring the lines in between the two.  The experience, when created within the gallery space, mimics that of www.petracortright.com. With a sense of humor, she plays with Internet symbolism and semiotics, successfully bringing the New Aesthetic to life. Cortright proceeds to take the online experience to the next level with physical objects. Her oeuvre consists of websites, gifs/jpegs, and videos on Youtube and sometimes Vimeo, but in the midst of her work one repeatedly finds an image of the self.

This is seen throughout Cortright’s video work where she records herself, usually using webcam technology and reworking to incorporate animations, different effects such as waves, flowers, lighting bolts, Catwang and more. She addresses the basic activity ‘of looking’ and of ‘being watched’ online. In this way she interrupts the experience and transforms her self-portrait into a performance of the self instead. Cortright questions the physical process of sitting on front of a monitor: of observing yourself being observed. Consequently, the boundary between private and public is obliterated.

In light of the global information economy, our lives on the Internet are characterized by self-performance. Marketing yourself through visibility online and on different social media platforms has become essential, both in business and privately. This self-exposure is anything but passive consumption of information. Rather, it is an example of being subjected to self-imposed and participatory surveillance. Going through Cortright’s work ignites thoughts of Baudrillard’s The Precession of Simulacra (1981). He referred to the reality-TV show An American Family from 1973 when he wrote: “YOU are the information, you are the social, you are the event, you have the word et cetera”. We can probably agree that he didn’t know half of it.

Petra Cortright has been exhibited in large group shows, such as the Biennale de Lyon (2013), the San Jose Biennial (2010), and at the Internet Pavilion at the Venice Biennale (2009). She has also had solo exhibitions at Club Midnight in Berlin, Preteen Gallery in Mexico City and at the Steve Turner Contemporary in Los Angeles. Cortright published an e-book in 2012, HELL_TREE, which got profiled in the September 2012 issue of ArtForum.