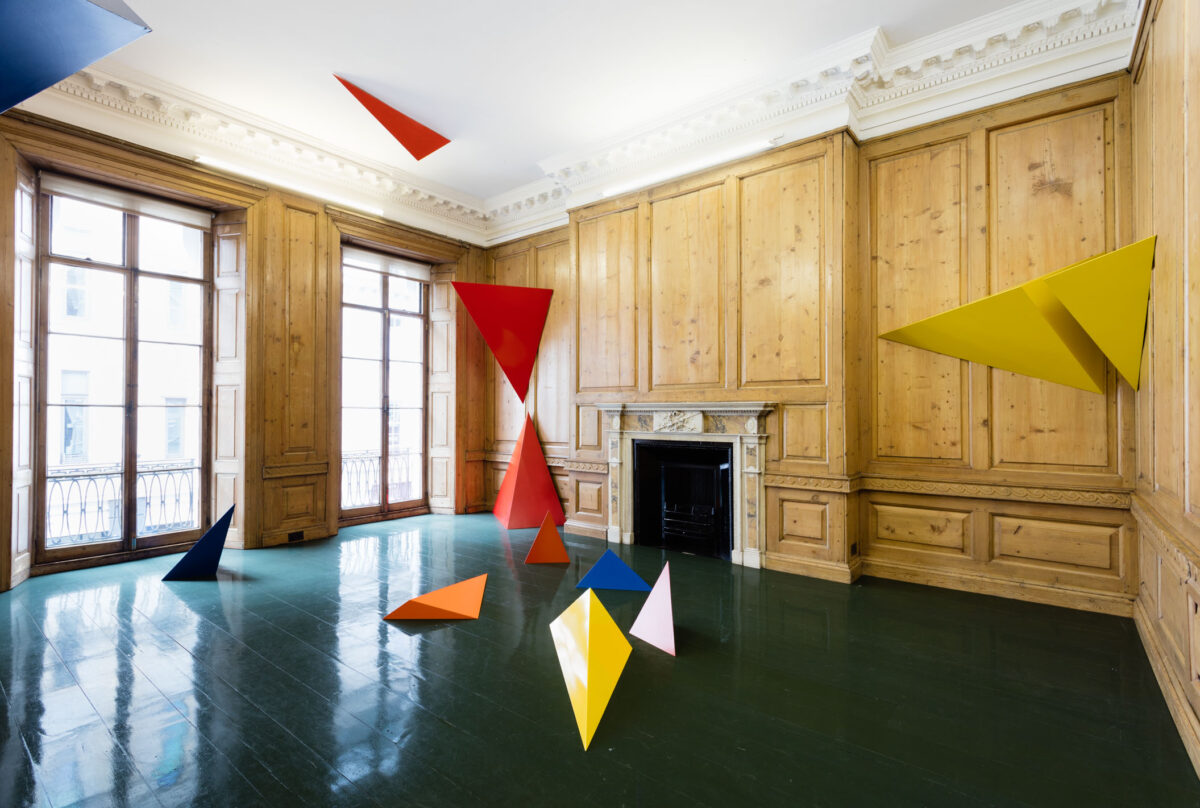 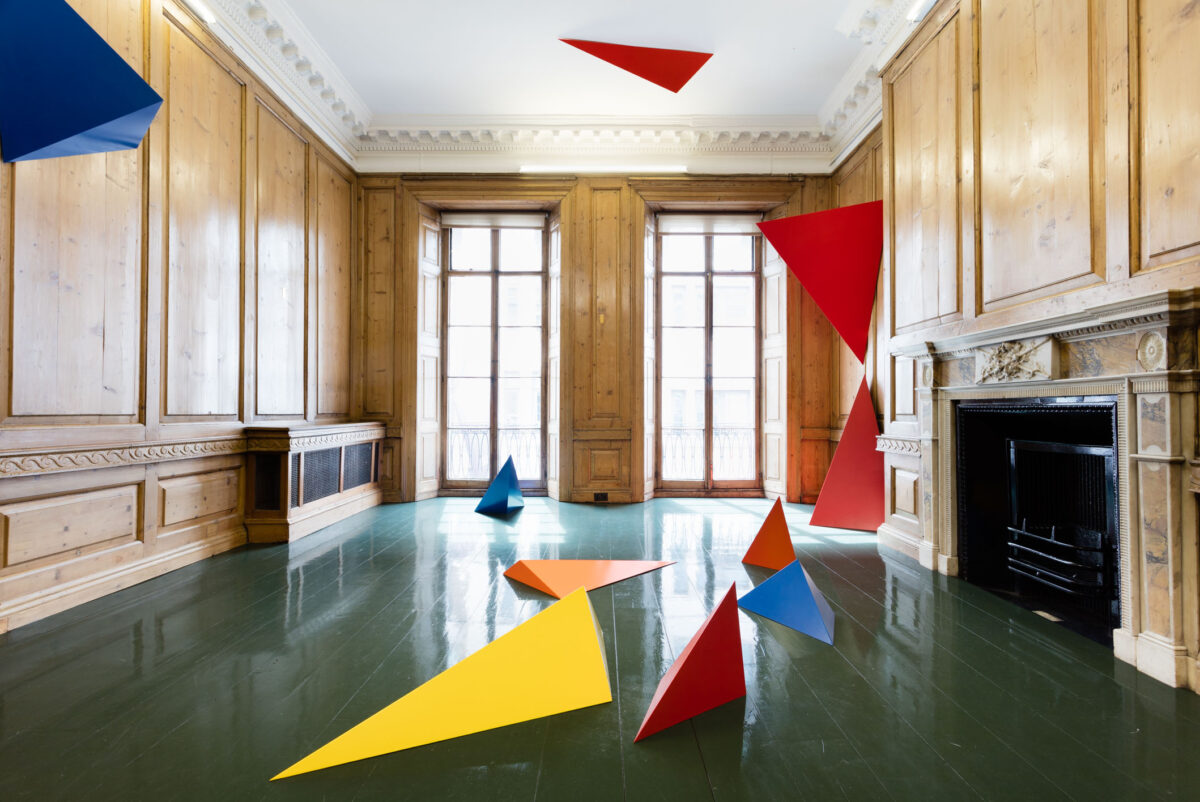 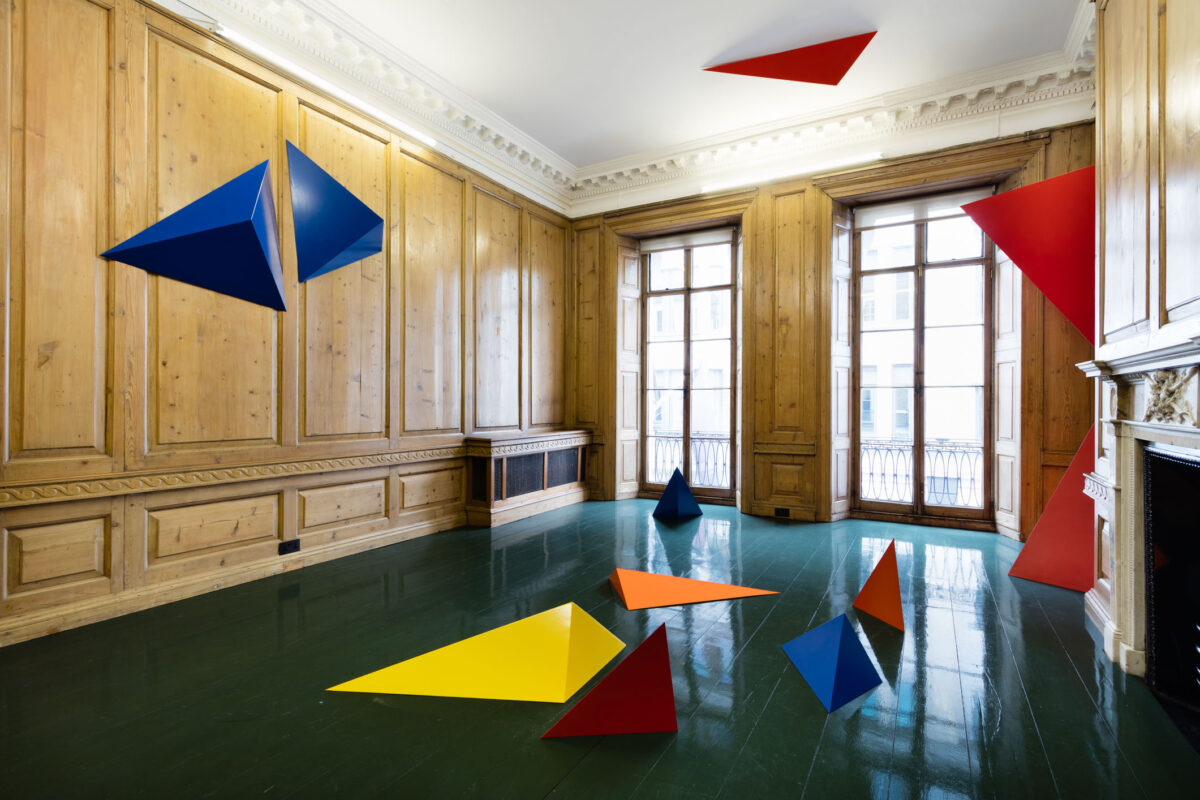 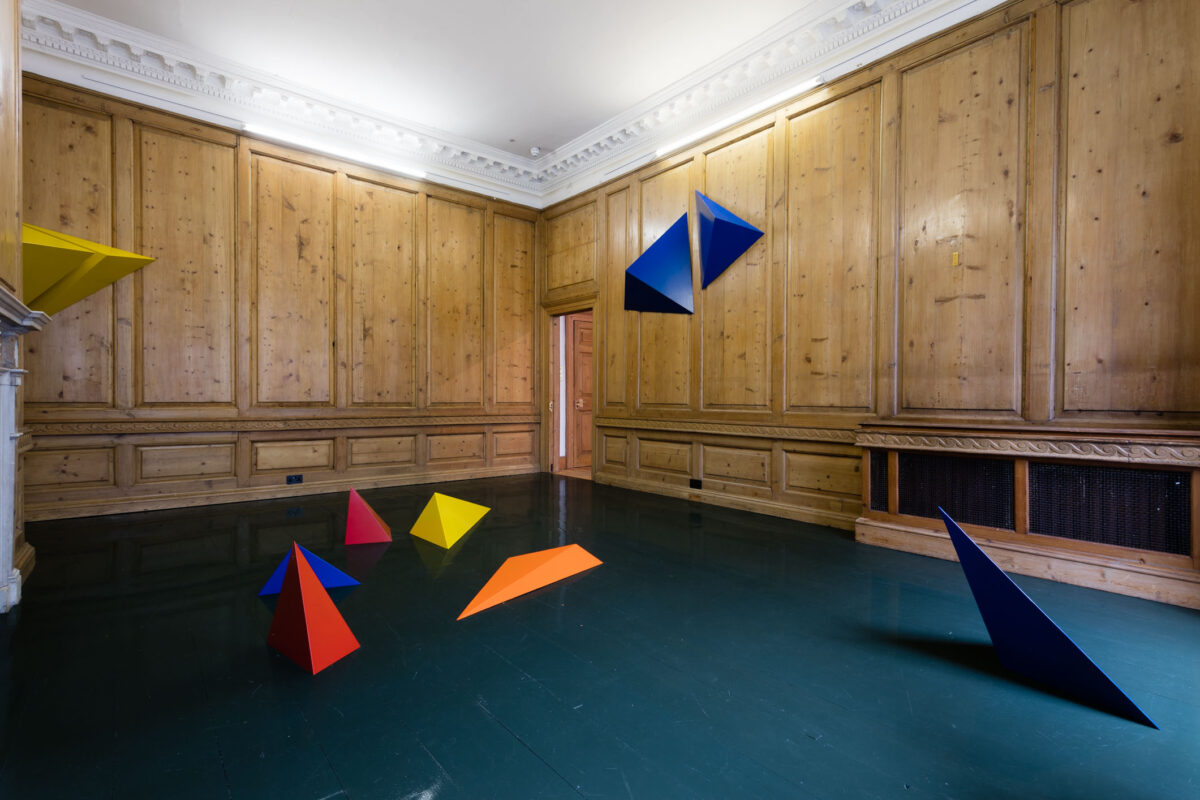 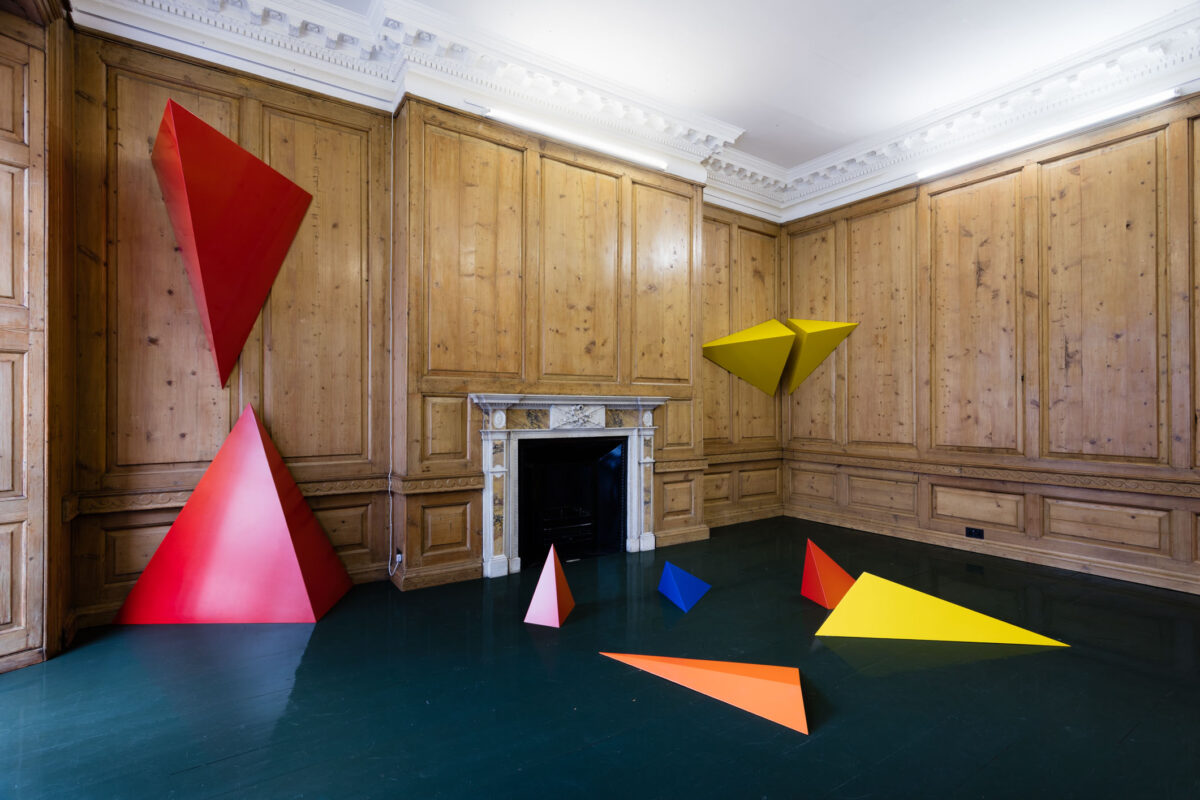 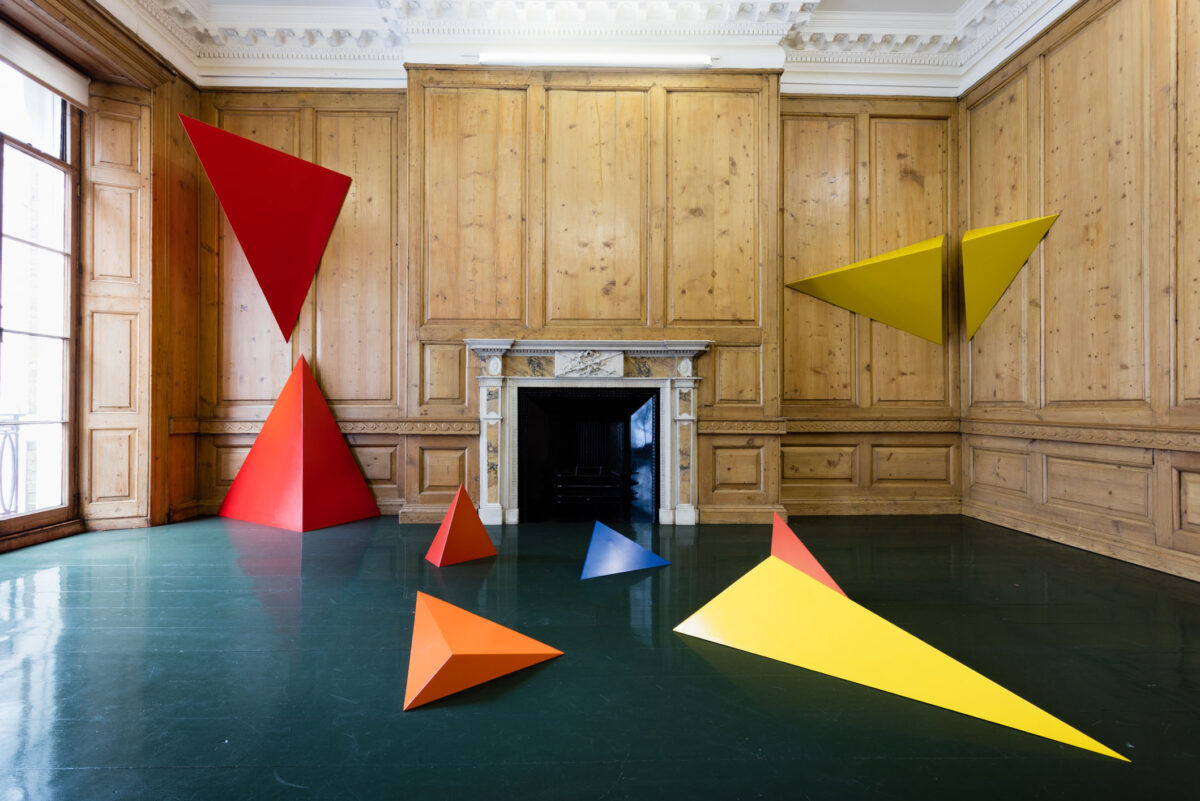 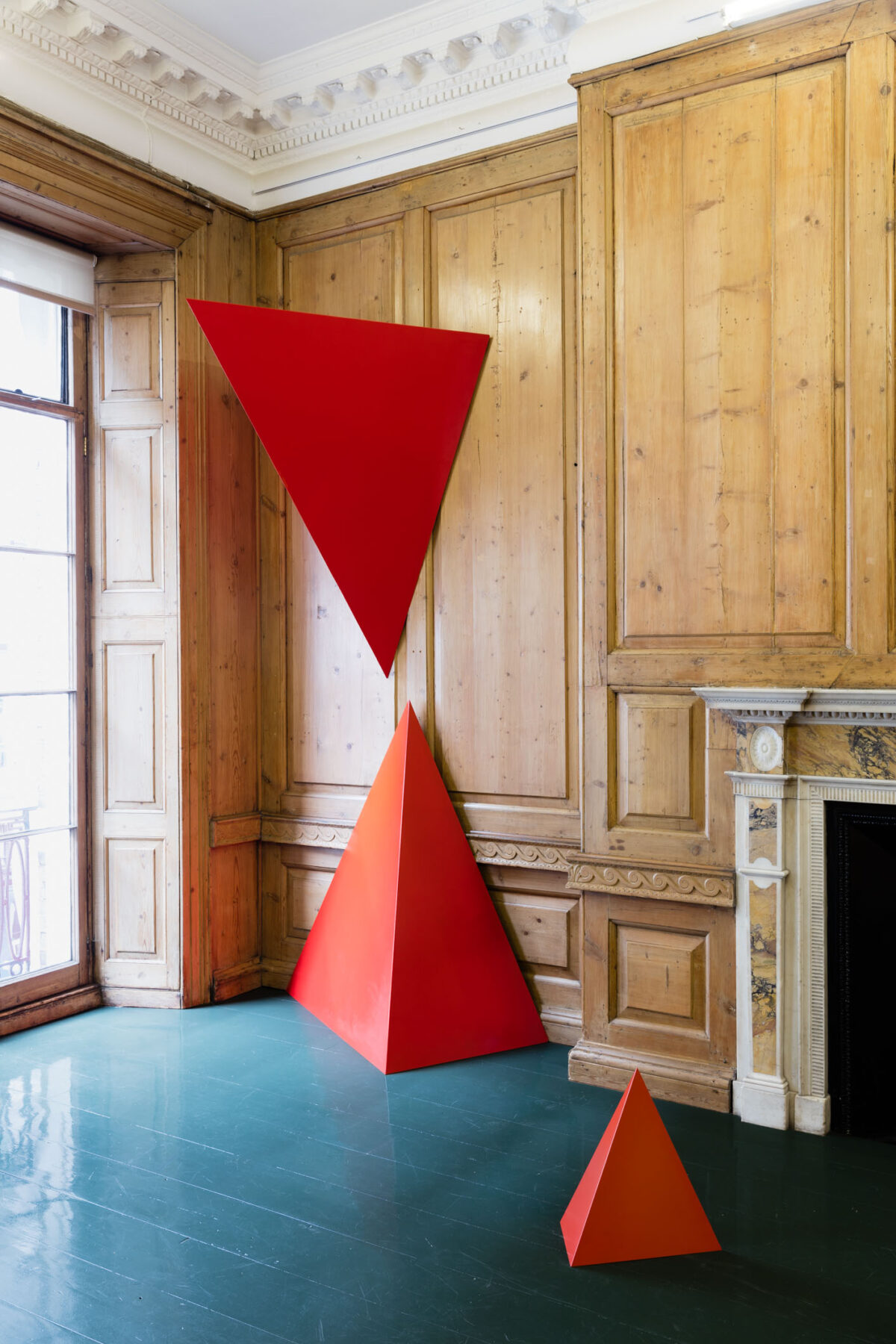 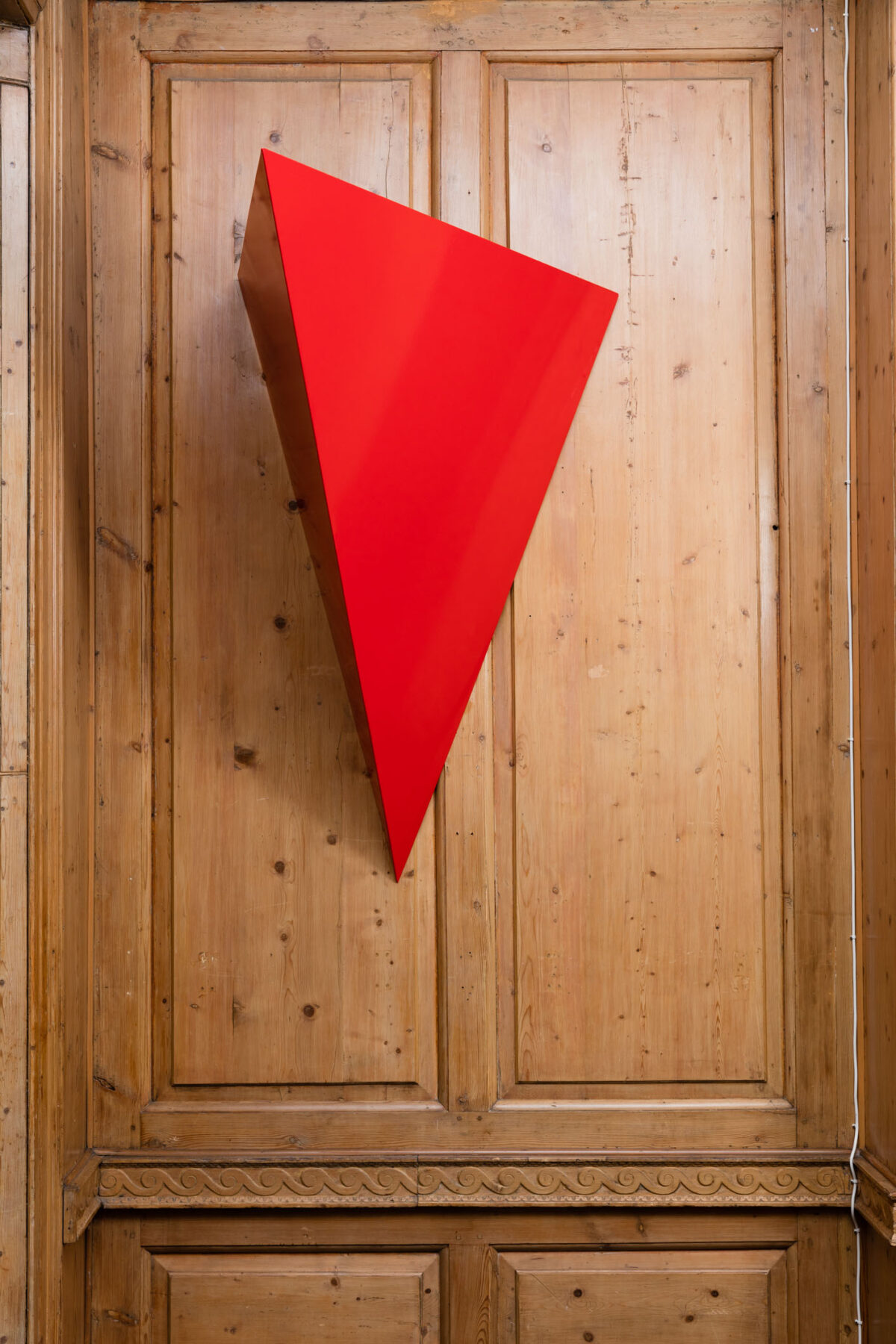 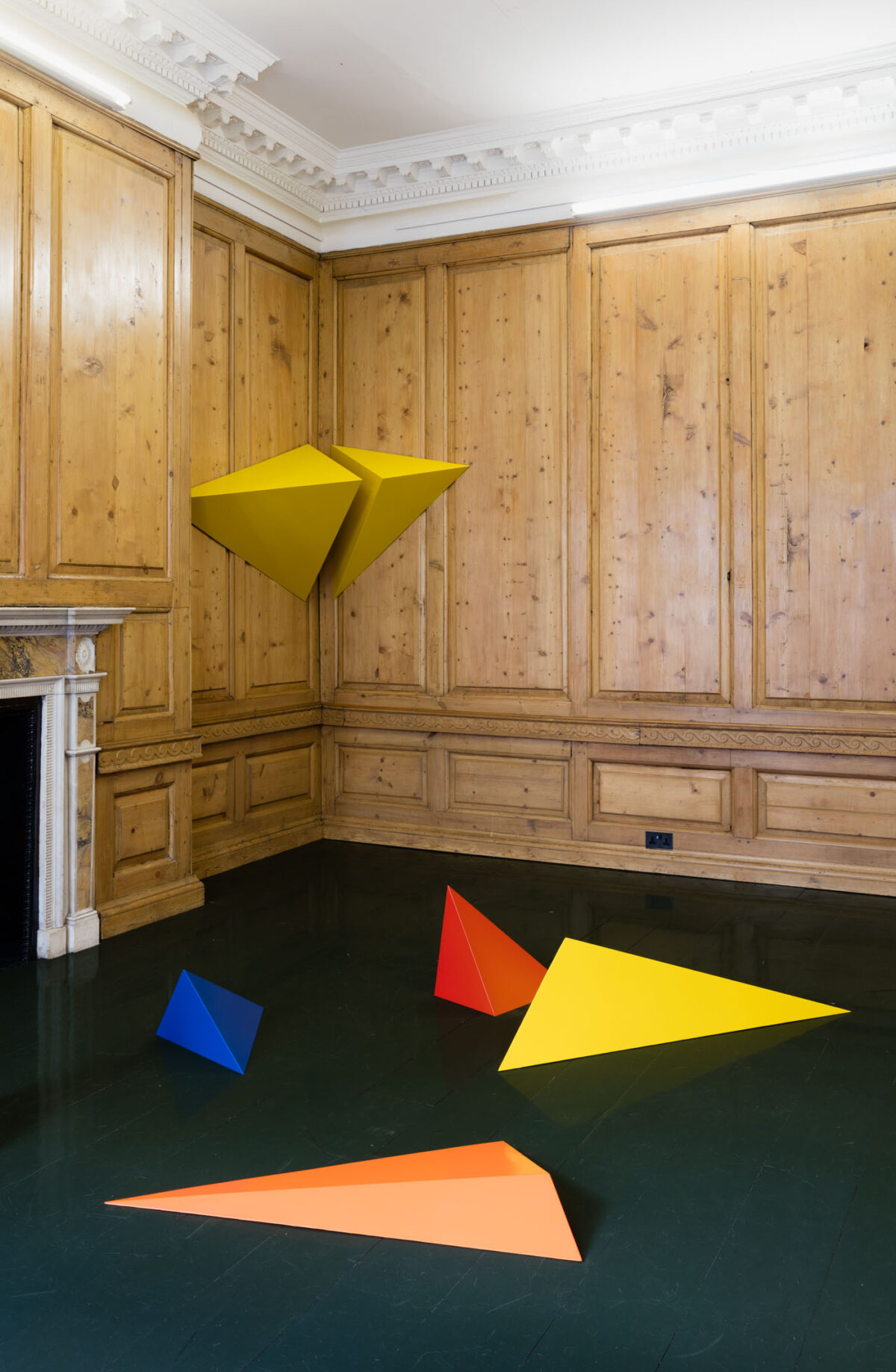 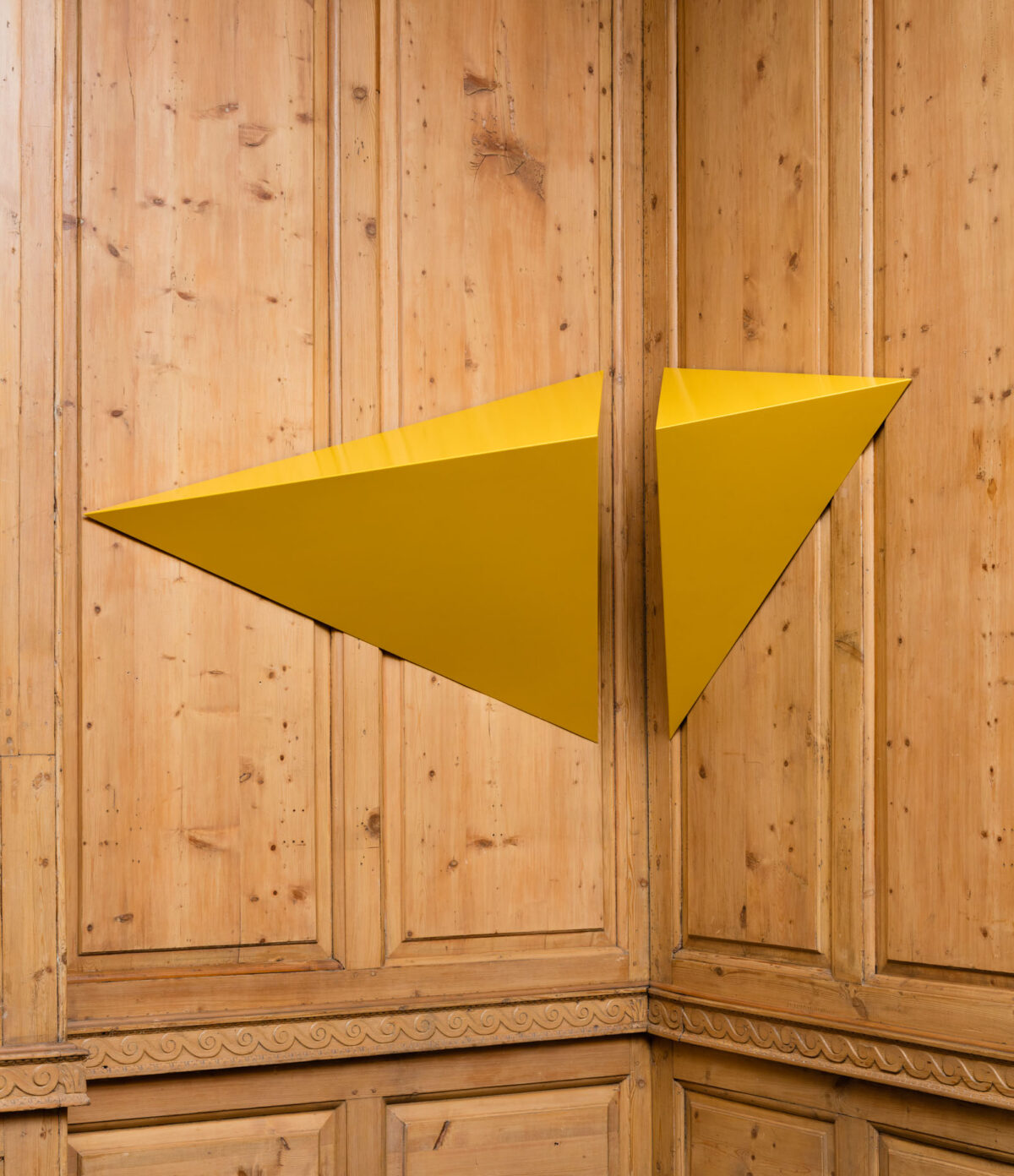 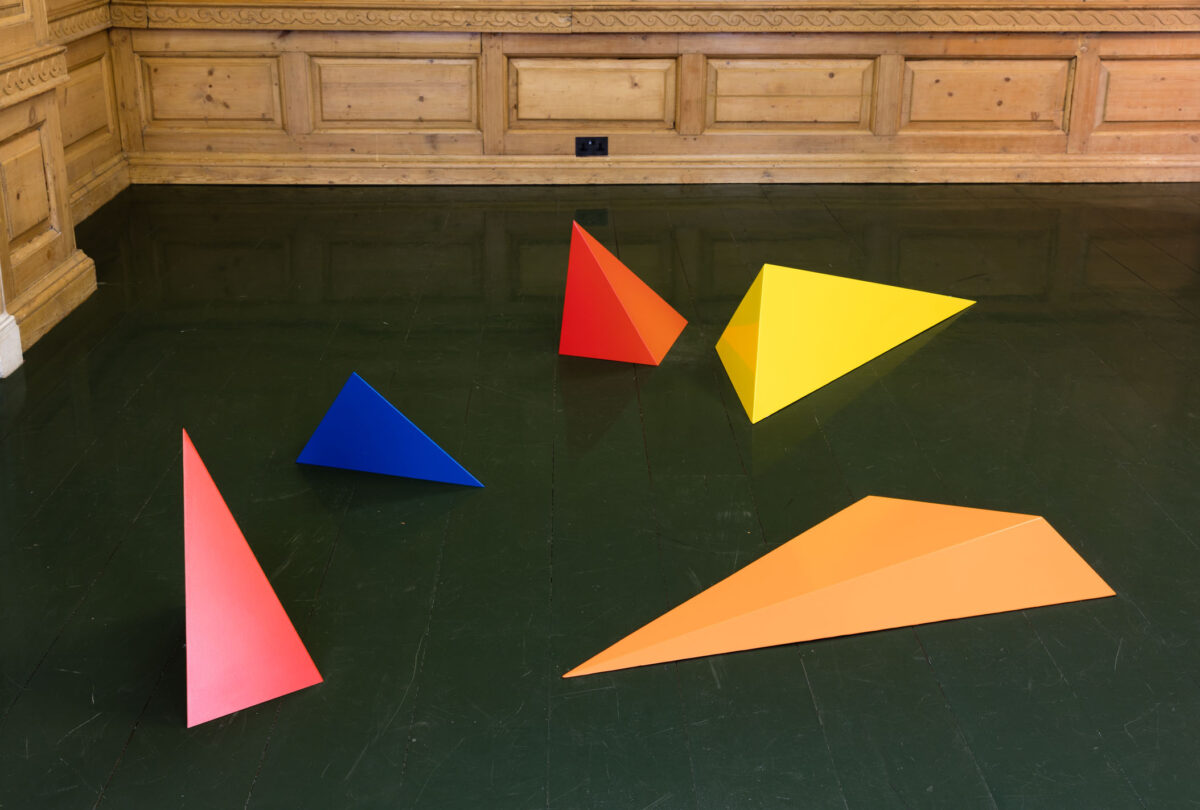 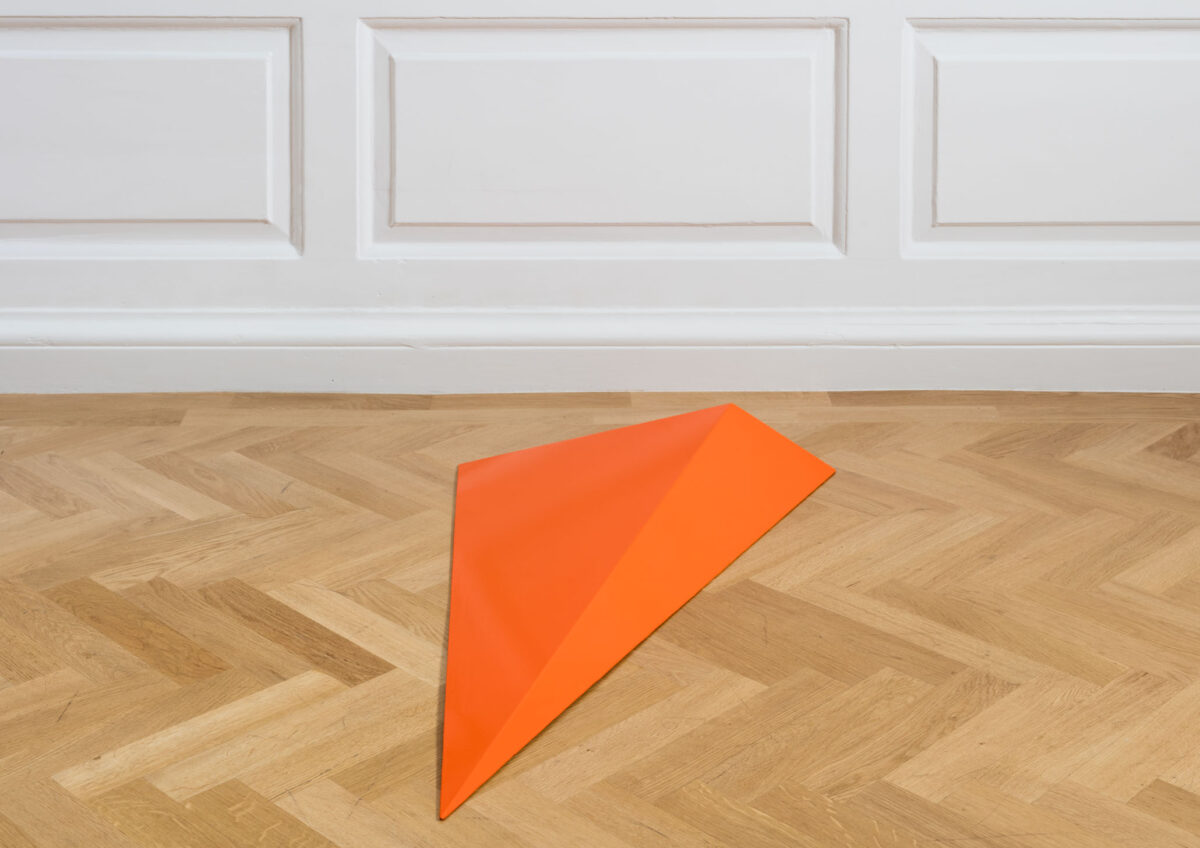 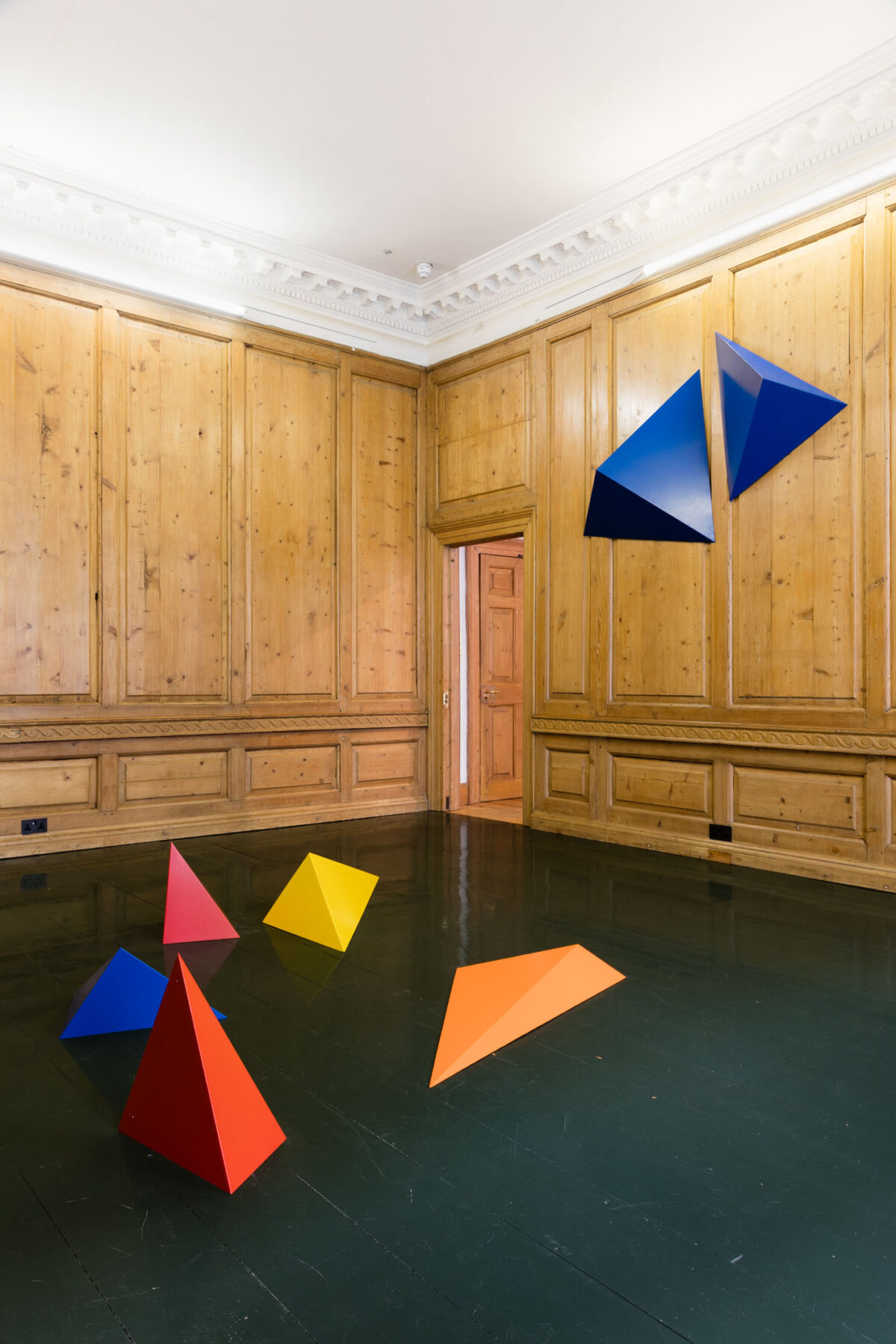 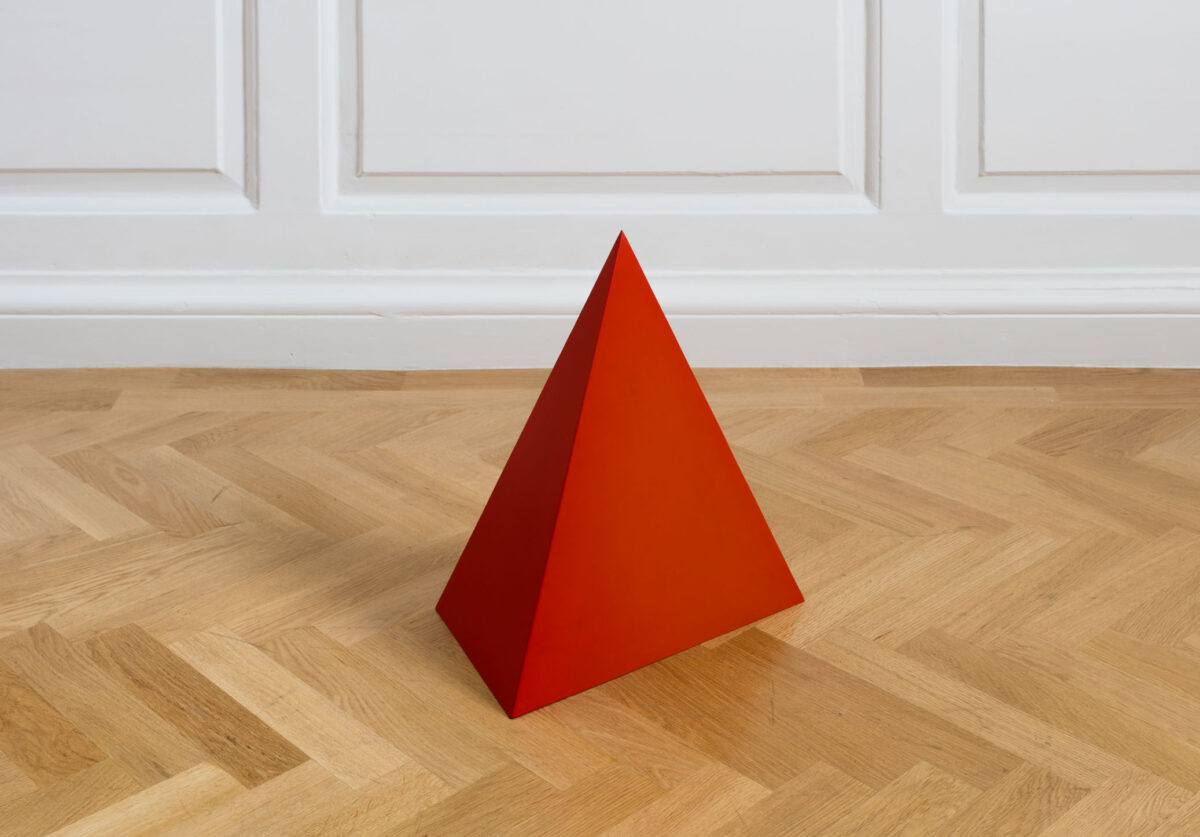 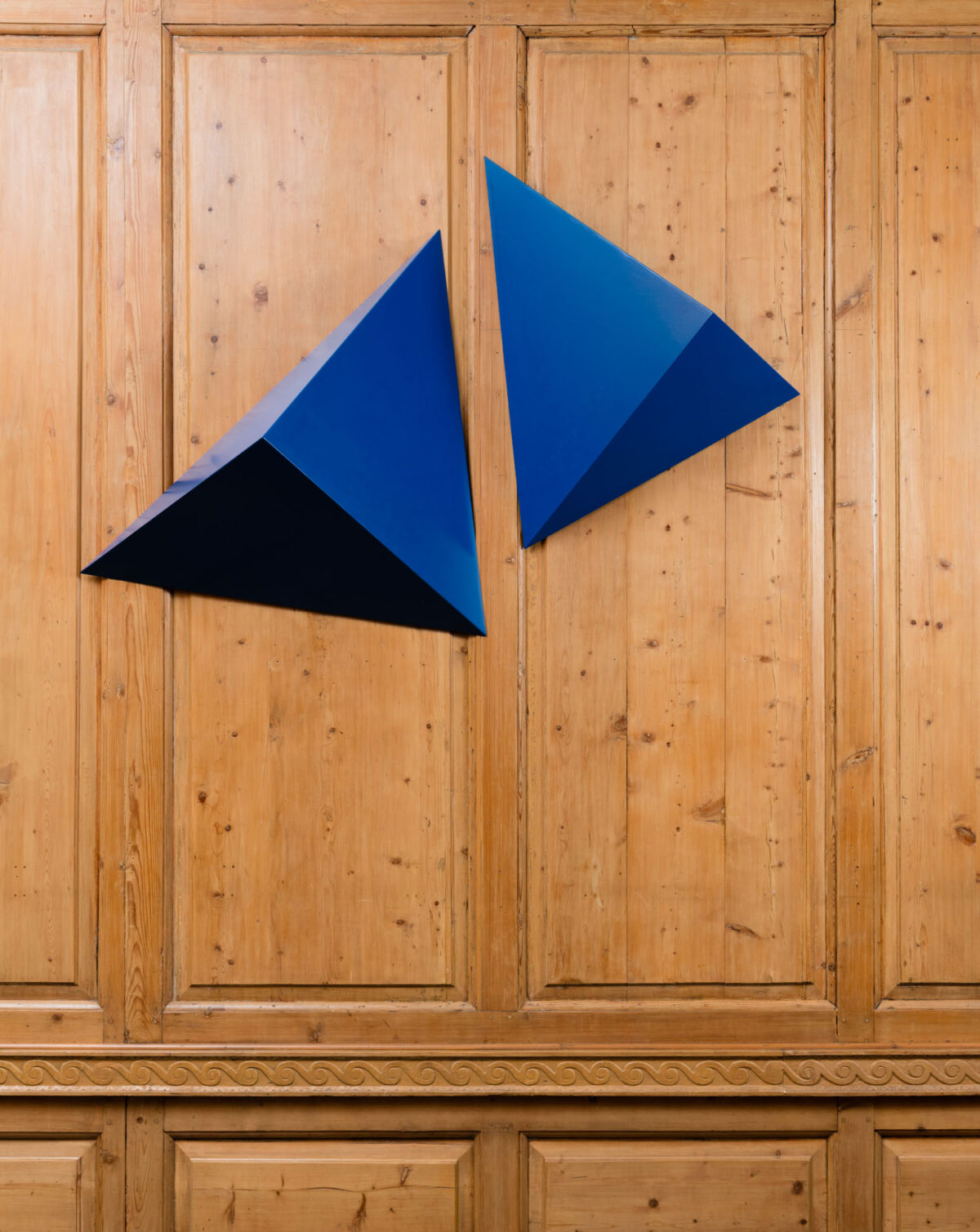 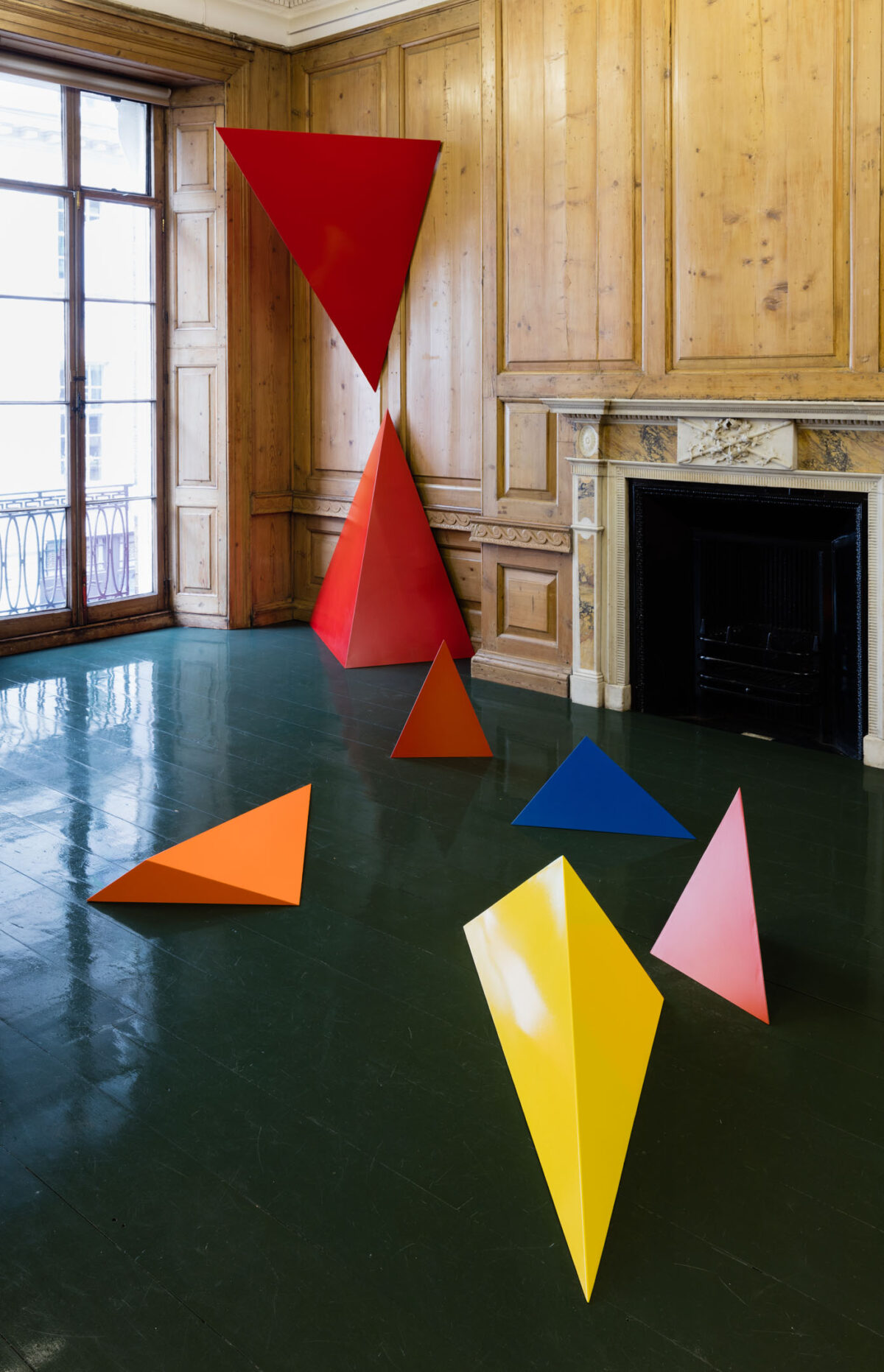 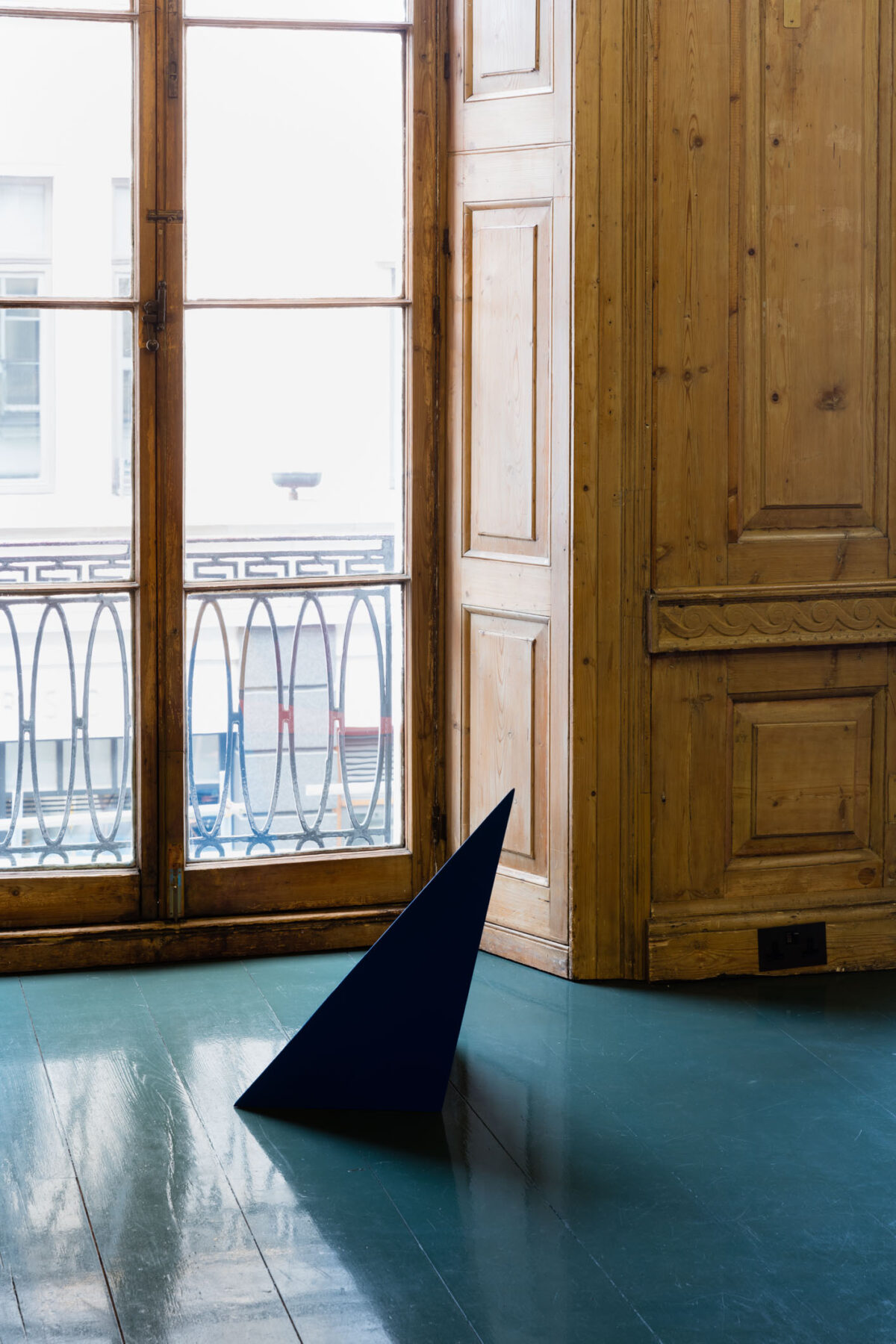 ‘I have been preoccupied with puritan form for decades,’ Tibor Gáyor wrote in 2006. The artist, who was born in Rákospalota, Hungary in 1929, graduated in architecture from the technical university in Budapest and had his first solo art exhibition while living in Vienna in 1964. Working both with paper and on canvas, and in dialogue with Hungarian (among them his wife Dóra Maurer) and international artists (such as the late François Morellet) he became well-known for serial collages exploring tectonic concepts and, later, a 15-year series of systemic-analytic works, that, among other things, involved the imposition of operative rules on a 4×4 grid in order to generate planar and three-dimensional formations. Serialisation, variability, regulation, systems and the intellectual research therein were his leitmotifs in works that displayed a clarity of thought and execution, while often producing visually rich and spatially provocative results: chiefly the illusion of three dimensionality. ‘Folding a grey canvas painted white on one side, cutting it up more mathematico, turning it inside out and then letting it hang freely haunted me like an adventure in self-regulated form genesis,’ he later said of a ‘very systematic’ series begun in 1986.

Around 2000, however, Gáyor’s output began to take an unexpected shift towards colourful installations that seemed to have little to do with the systematic approaches for which he had become known. Among these new works is Lares et Penates, which evokes Roman domestic deities (markers of personal, intimate space), rather than an operation or a mathematics (impersonal, abstract space) as many of Gáyor’s previous titles had done. It features blue, red and yellow pyramids attached to the walls (upon which are also inscribed the constituent components of a Roman house: atrium, tablinum etc) or placed on the floor, which, in its original incarnation, was itself scattered with dried lavender flowers and autumn leaves – a mixture of fragrance and decay – a mark of sensual pleasure and the passing of time, and an attempt to find a certain humanity in abstract or conceptual constructs. In particular, the work marks an embrace of the notion that the viewer might feel as well as understand what is going on in the work. It marks a moment where the divine abstraction becomes human.

Lares et Penates was first installed in a white-cube space at the Fészek Artists Club in Budapest, which had been set up in 1901 ‘to promote social contacts of artists, so that the groups up till now dispersed can meet in a common, warm nest, and they could serve the Art by means of communication and by an enriching interchange of ideas’. One can’t help but think that it’s these values that much of Gáyor’s later work evokes.

Dóra Maurer will have a simultaneous exhibition, organised by Katharine Kostyál, at White Cube Mason’s Yard, London SW1Y 6BU. Titled 6 out of 5, the exhibition will include early works from the 1970s and paintings from the 1990s and 2000s, among them two major new wall installations. The exhibition runs 24 May – 9th July, with a private view on Monday 23rd May, 6-8pm.