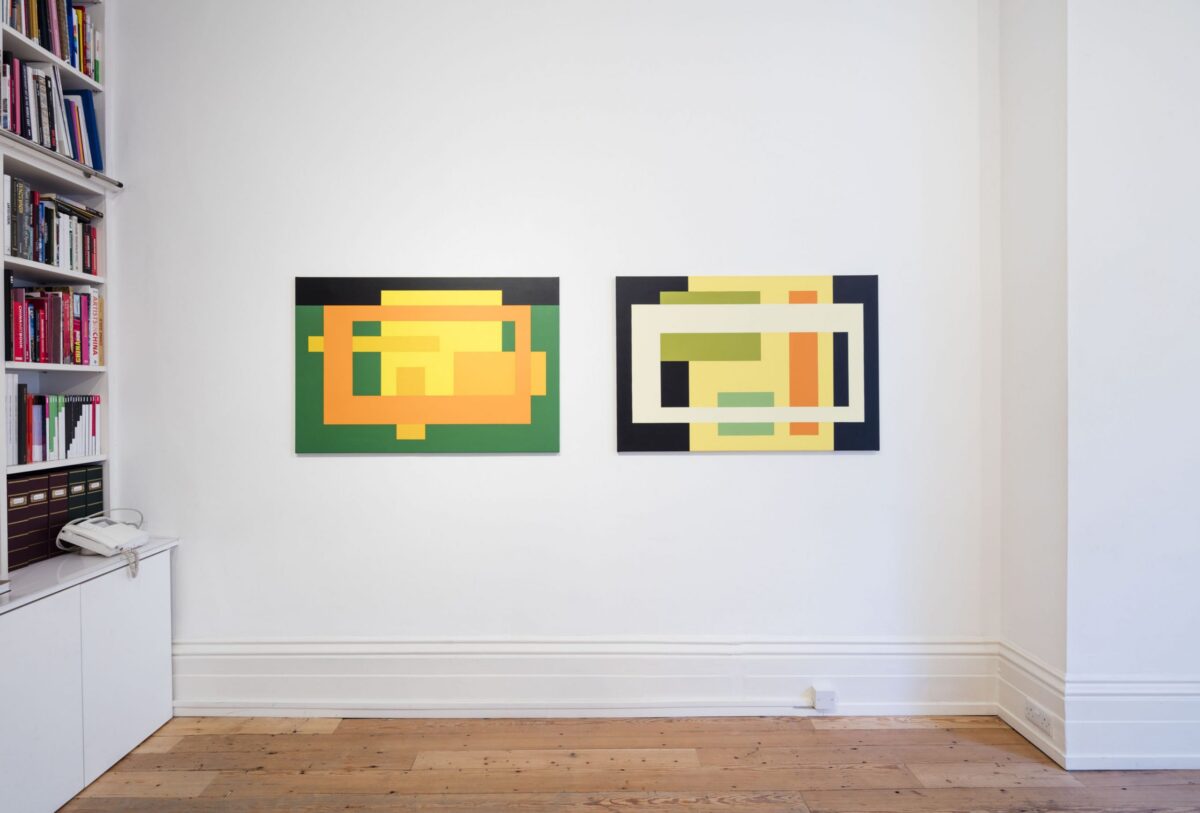 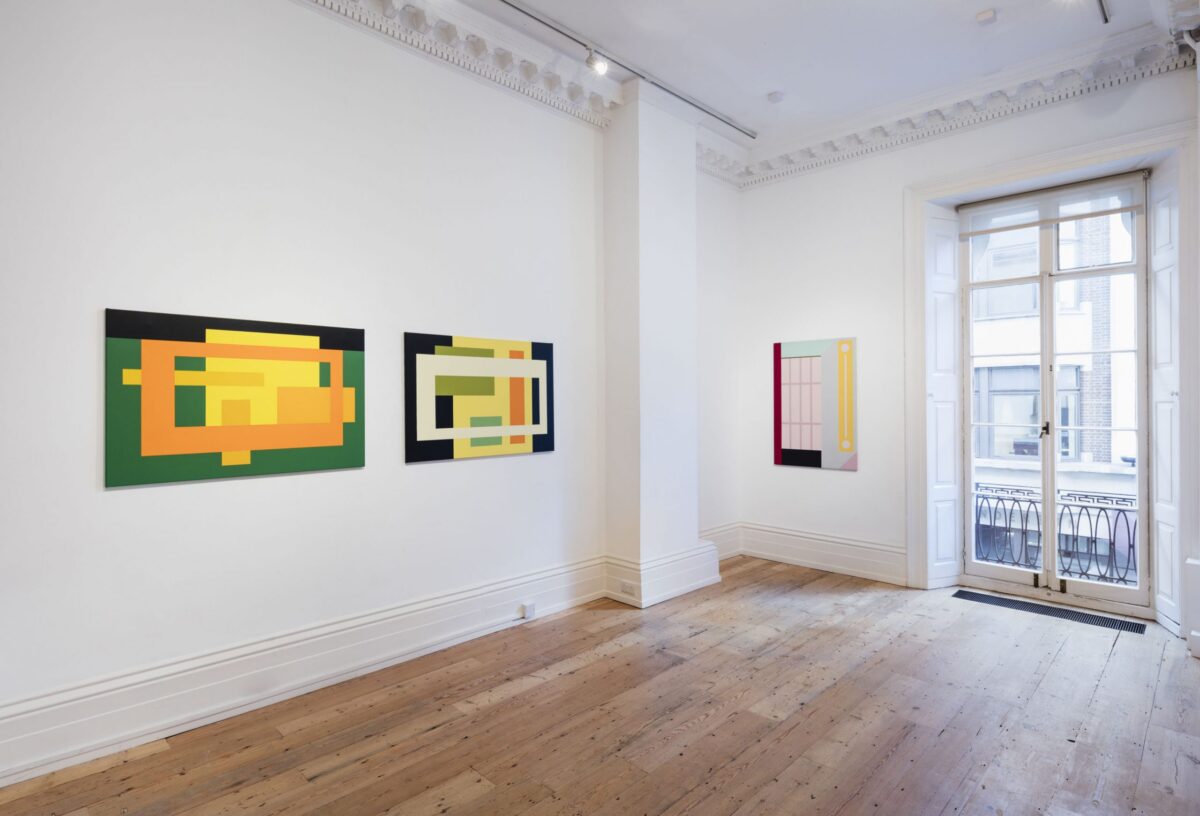 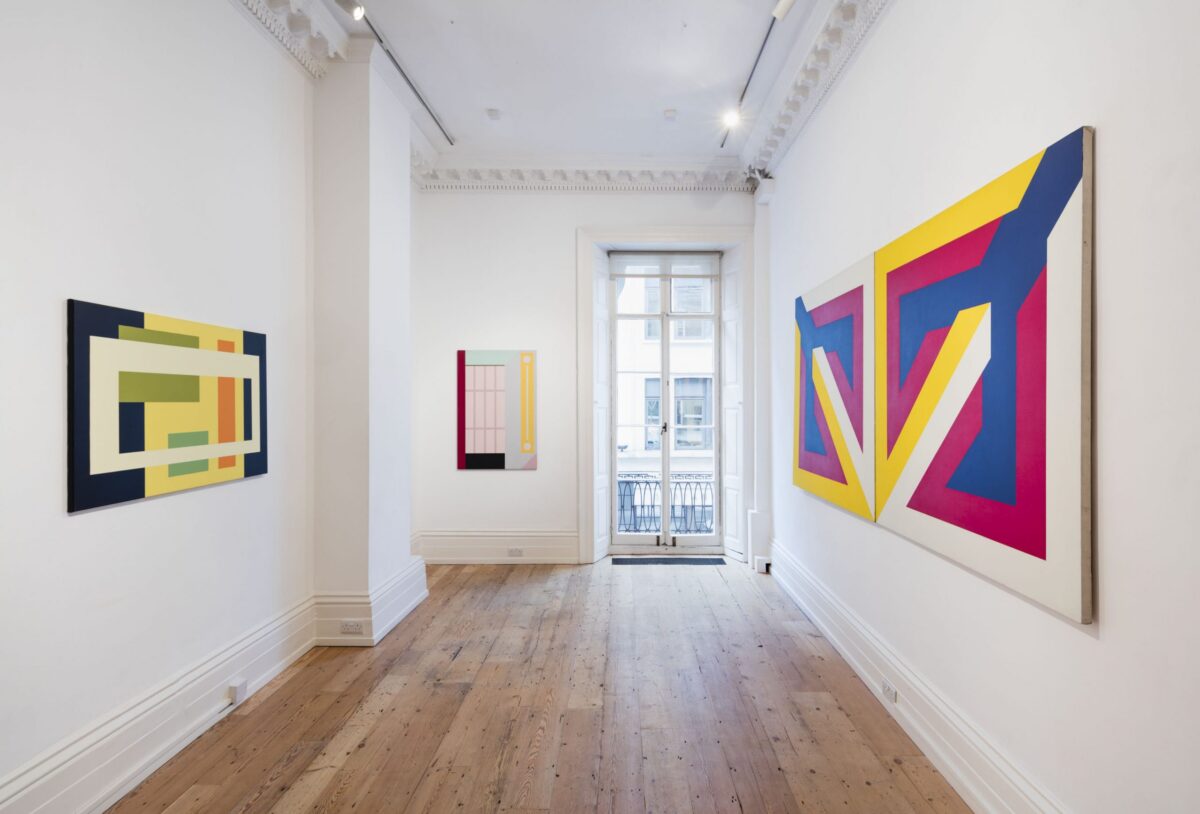 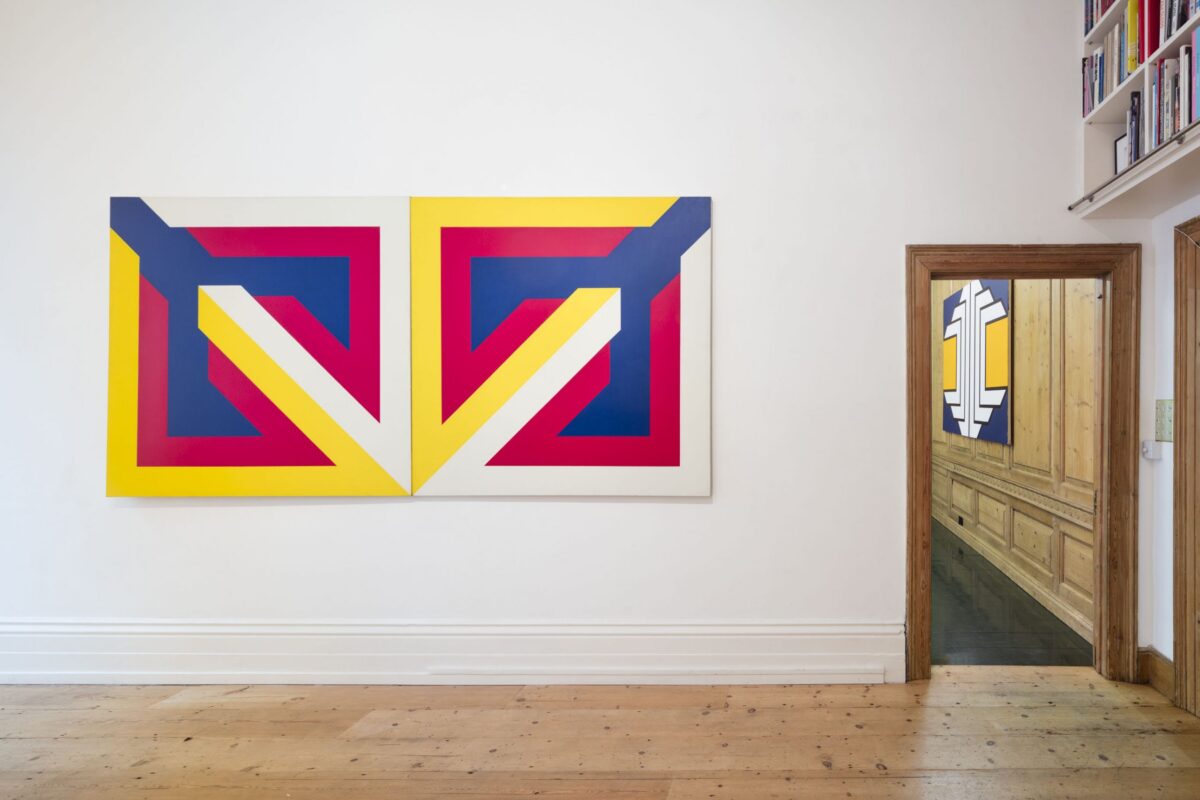 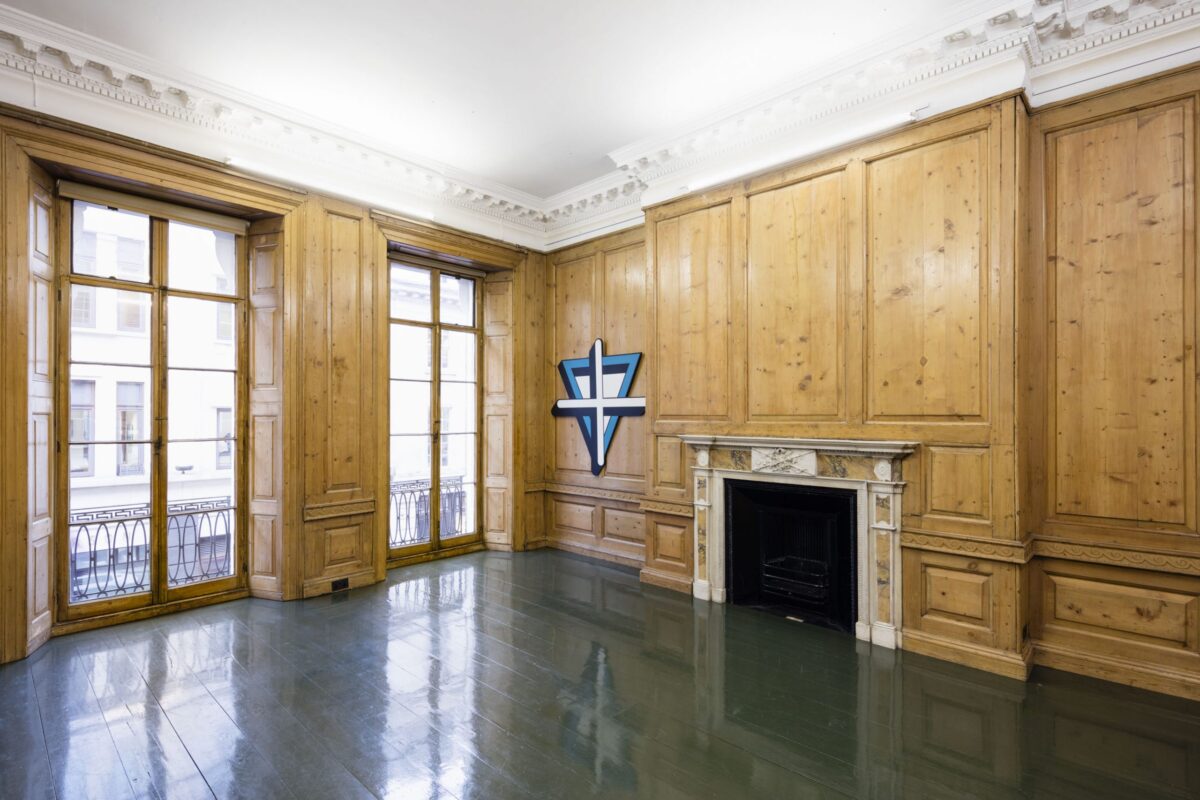 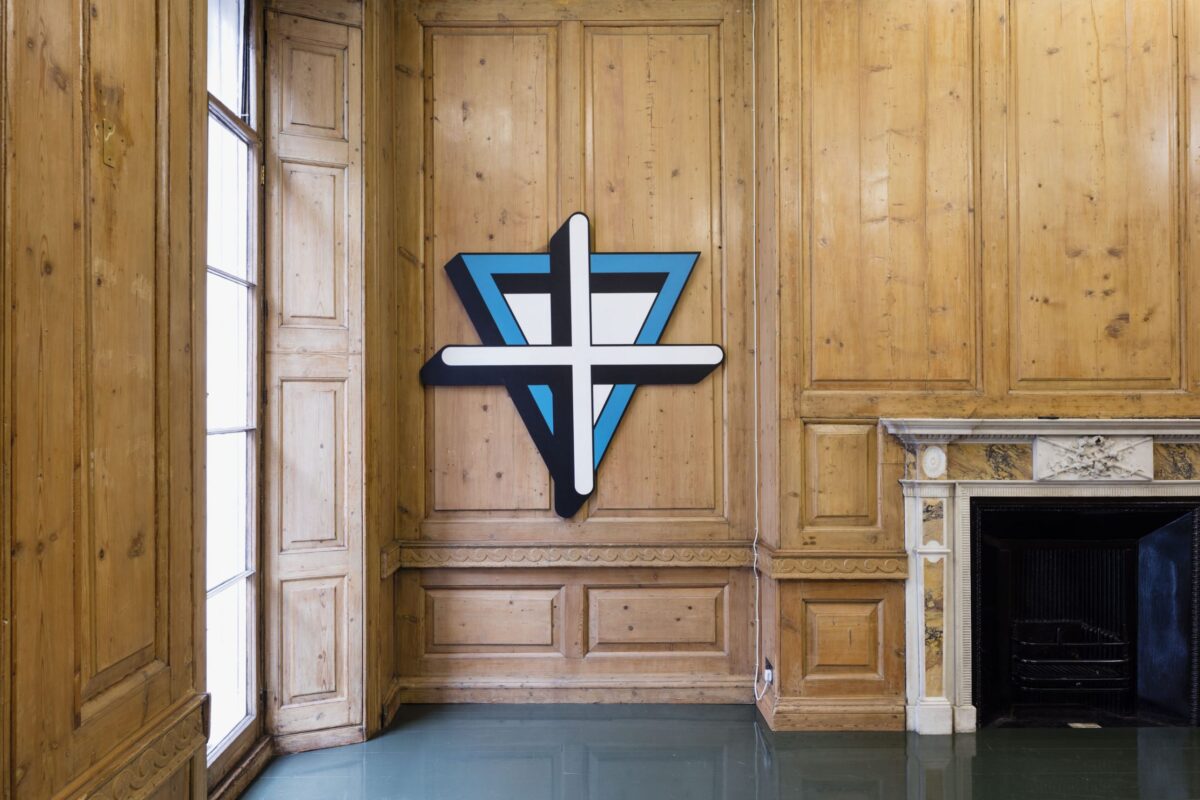 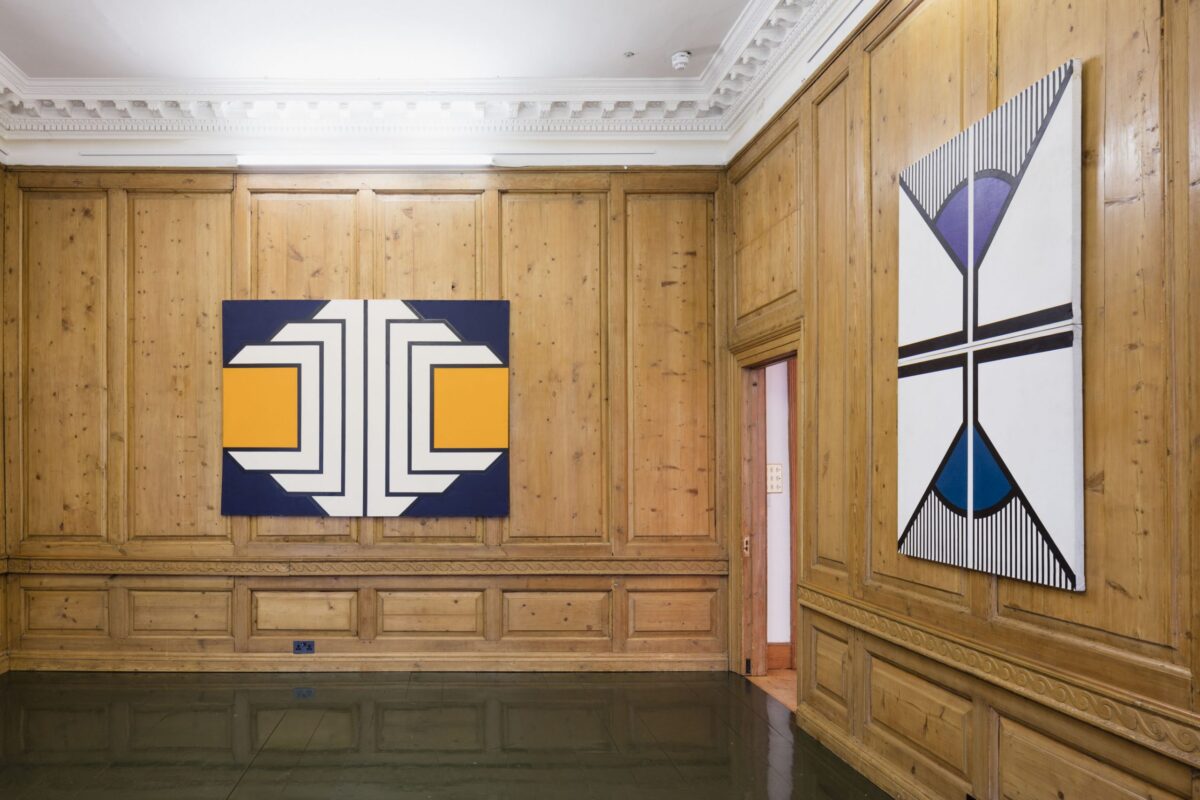 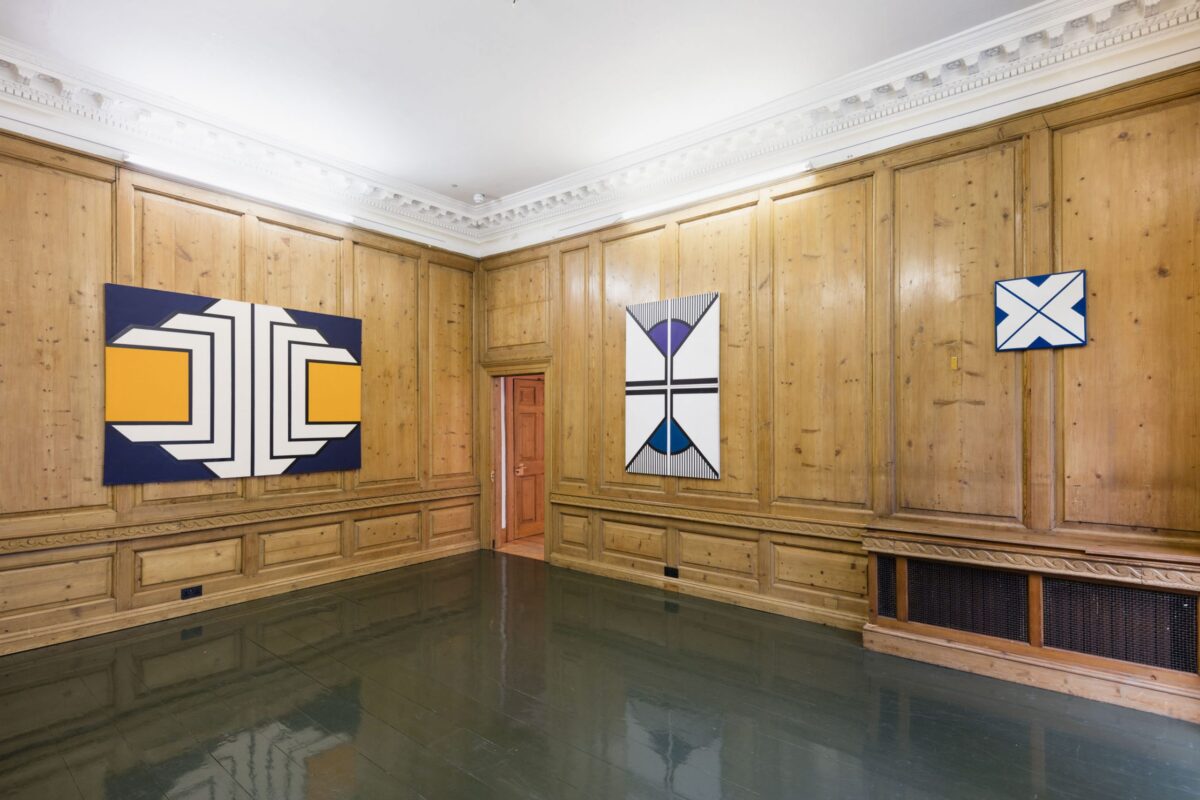 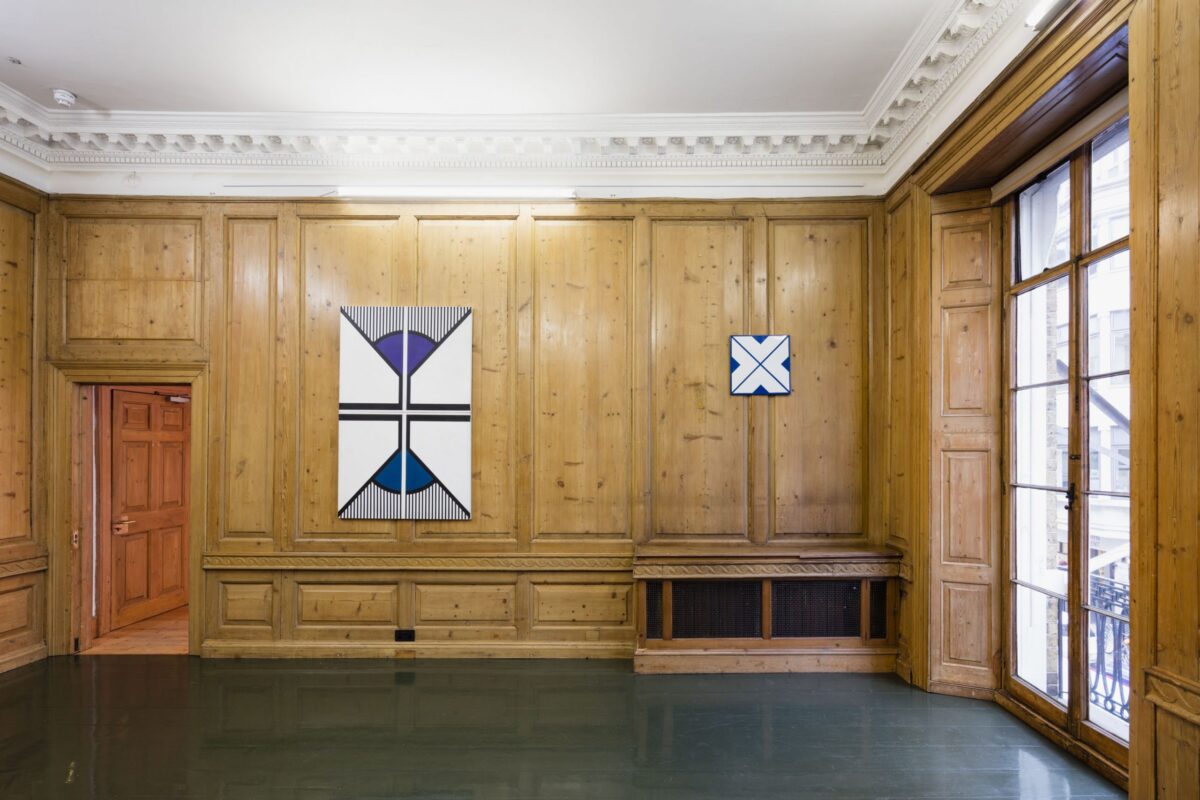 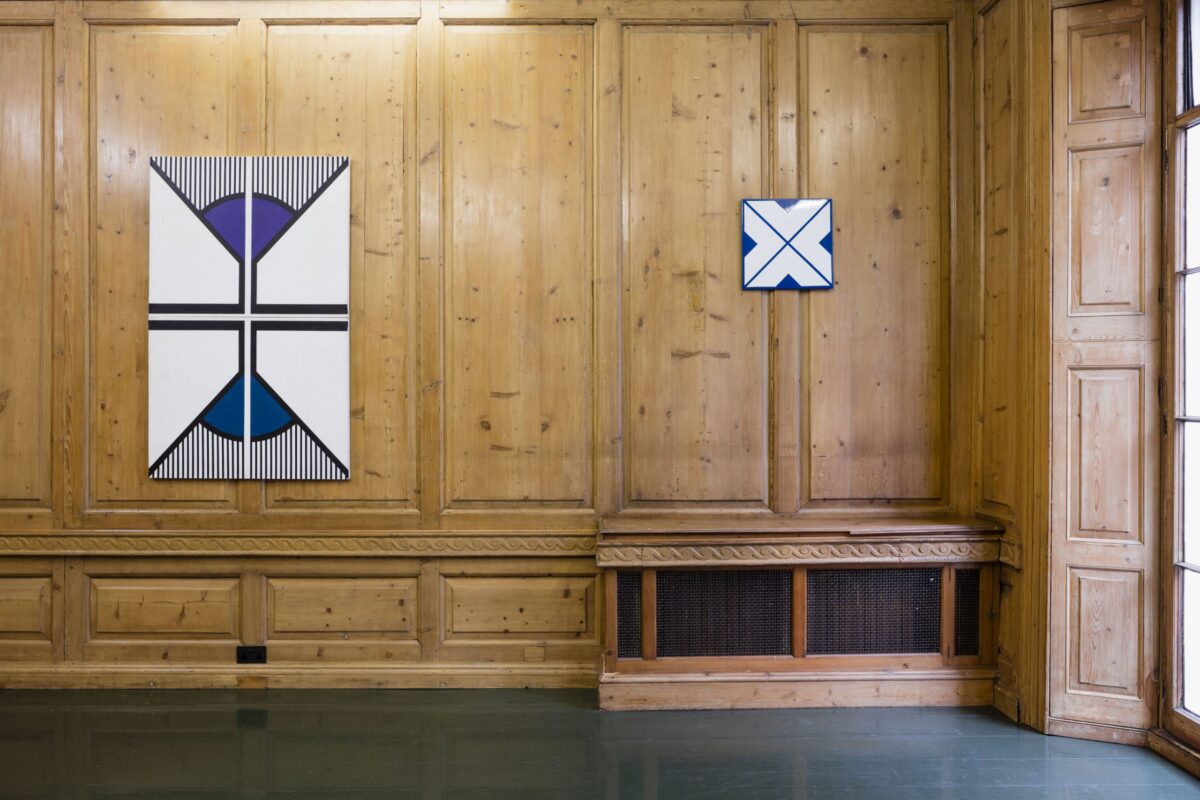 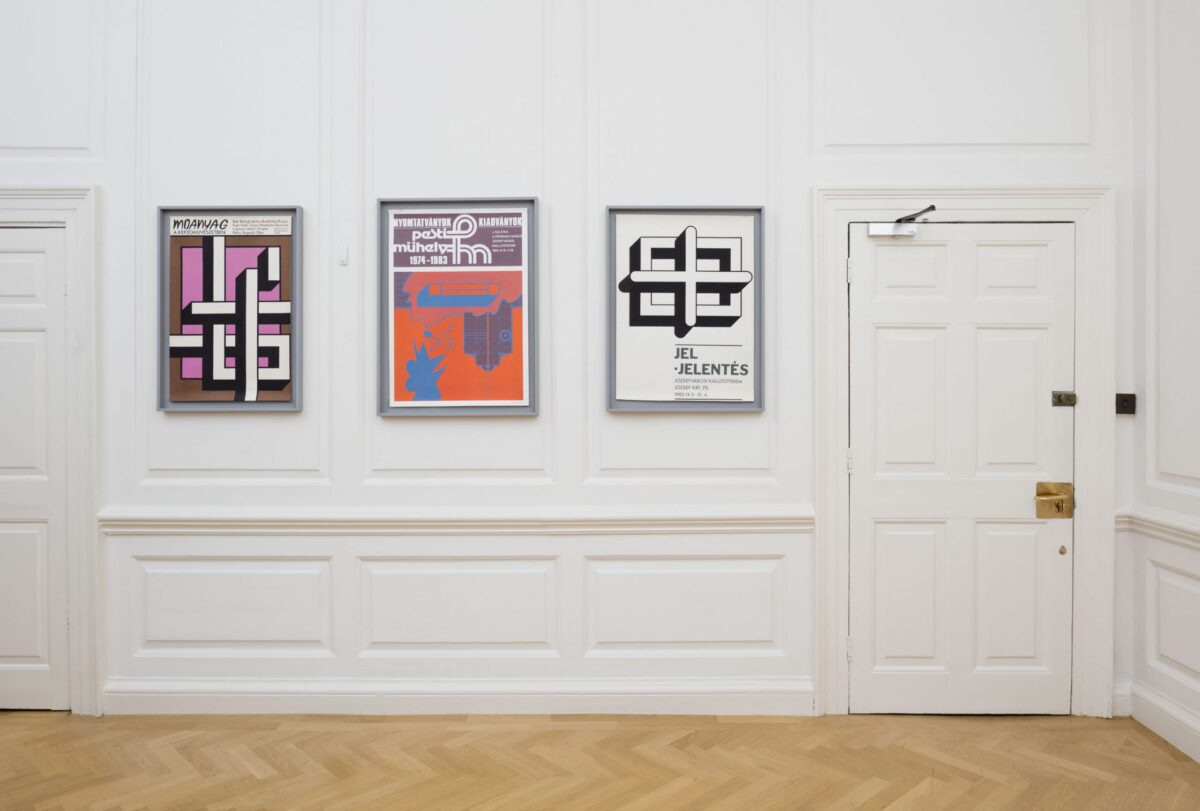 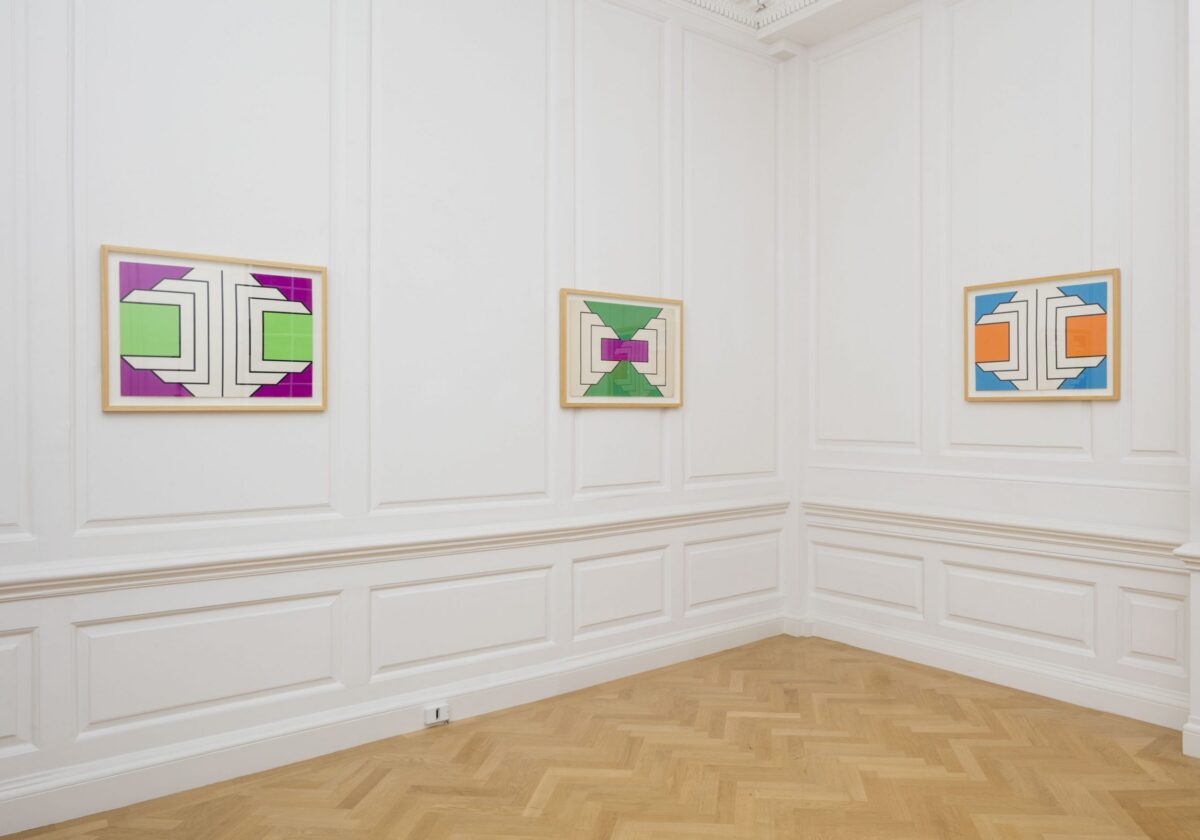 Imre Bak was born in 1939 in Budapest, Hungary.  It is that date, and that place and the history of art in eastern Europe and its relationship to the wider politics of Hungary, its geographic region and its conversations with the west, that provides a method of examining a body of work and activities that span nearly fifty years. But no art is just an illustration of a time, a place and a political situation, well, no art of interest. That is the job of news footage and history classes. Art, and in this case painting, does something else.

Imre Bak’s painting though does have a history. The structure, hard lines and shadowless colours come from travels and conversations, movements and dialogues and the simple acts of seeing art outside of his own country in the Soviet era, in particular after the increase of restrictions following the uprising against the Russian invasion of Budapest in October and November of 1956, where 2,500 Hungarian citizens died and many eventually fled the country.

The movement that took Bak from a local conversation to a more universal one, from dark abstraction to a rigorous conceptual language, as in Portrait, 1972, where four squares appear, each containing a word: ear, eye, mouth, nose, or Sky, Field, River, 1973, where three bars form a landscape, and on to the hard-edged bands of unbroken colour. These are shifts where politics do play a part, as once the commercial gallery system is removed, and state doesn’t support the exhibition of works, the pace changes, concentration changes and audiences of peers and the curious develop in different ways. Imre Bak was part of the Iparterv group after the war, with other Hungarian artists including Ilona Keserü, László Lakner, Sándor Molnár and István Nádler. In the late sixties they showed in the Iparterv State Architectural Office in Budapest which was open to public viewing and discussion.

Carl Kostyál is presenting the first solo show of Imre Bak in the UK. The artist is showing eight paintings made between 1968 and 2005. At first glance, they recall the work of the New York-based artist Peter Halley (b. 1953), with whom Bak has exhibited and conversed: squares of block colour, a possible relation to a diagrammatic or scientific illustration of something in the real world or an explanation of a theory. But to view Baks work on the purely pictorial level is limiting, like looking at two paintings of clouds and discussing relative levels of moisture and air temperature. Imre Bak’s practice has a strict set of rules, like a written language of grammar and spelling, but within these rules he has a limitless set of possibilities.

Imre Bak has exhibited widely, in Germany, Poland, Switzerland, Austria, Hungary and the USA since 1966, and his works are in many public collections, including Tate Modern, London, Neue Nationalgalerie, Berlin, MUMOK, Vienna, Musée d’Art Contemporain, Lyon, and the Museum of Contemporary Art, Budapest.