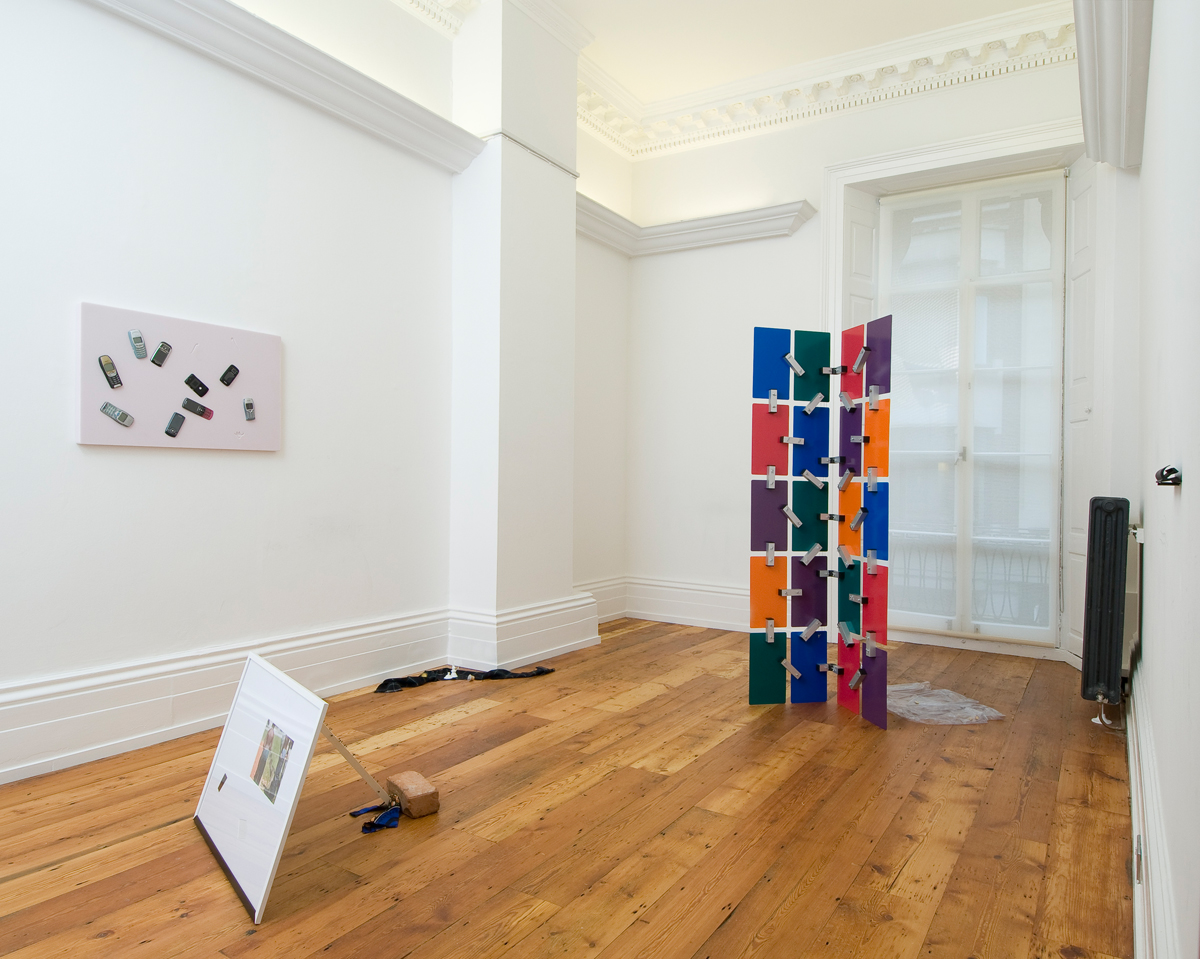 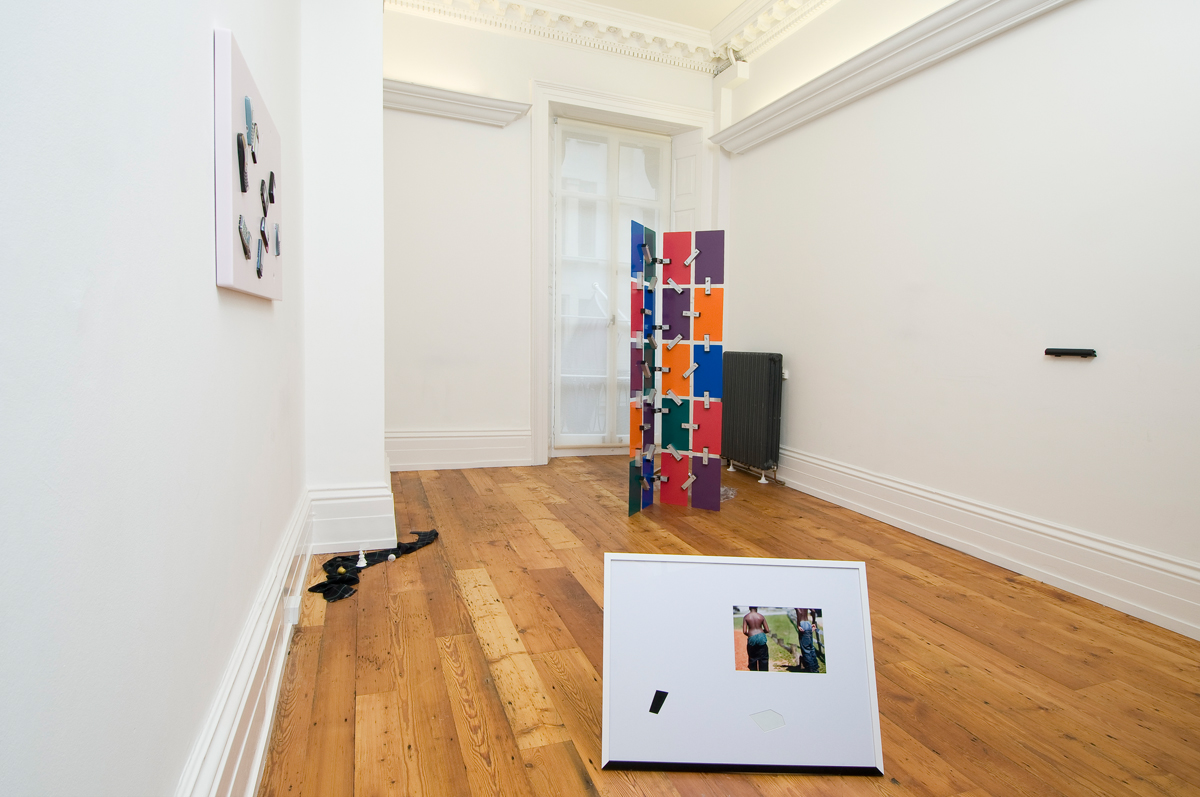 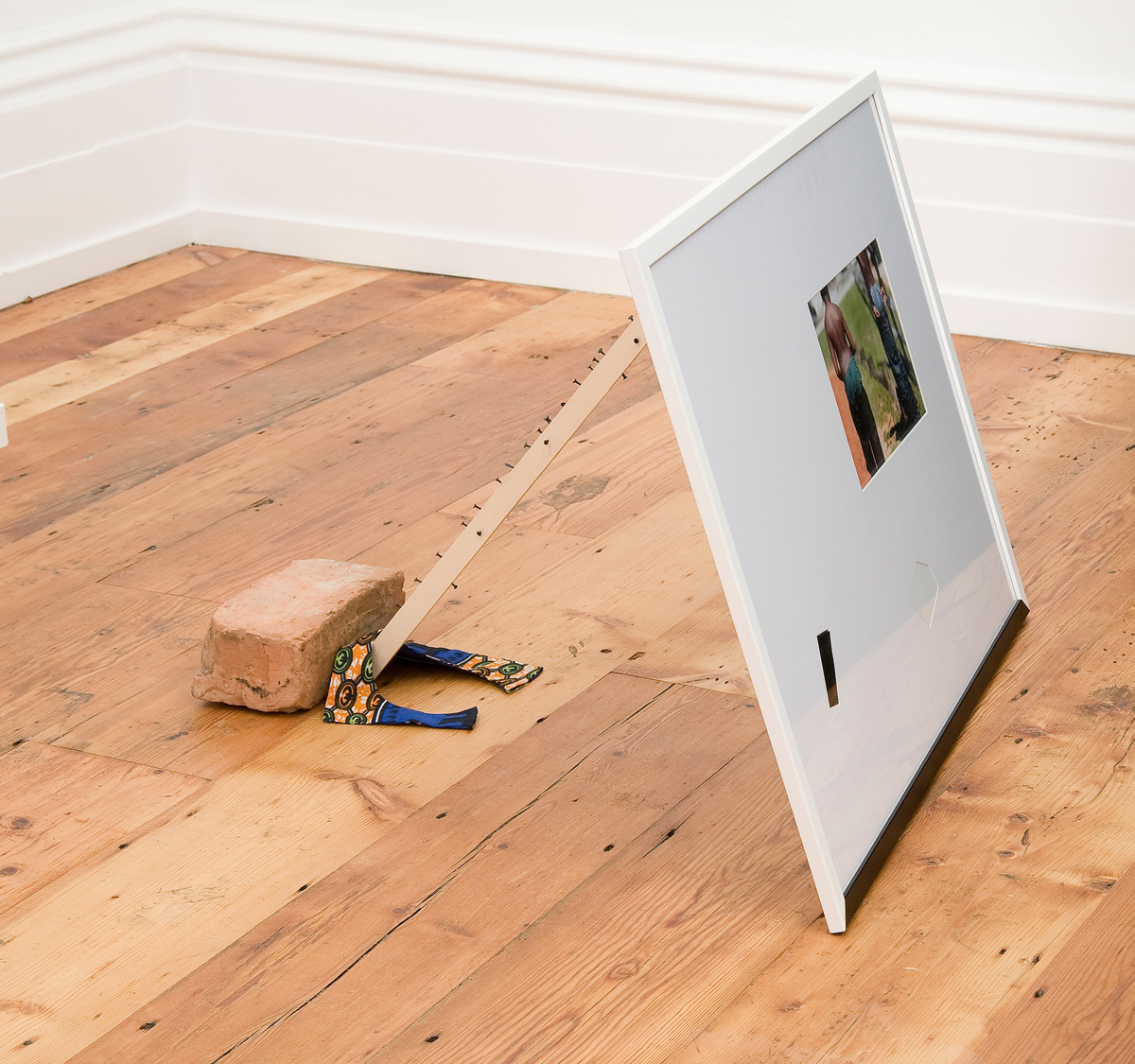 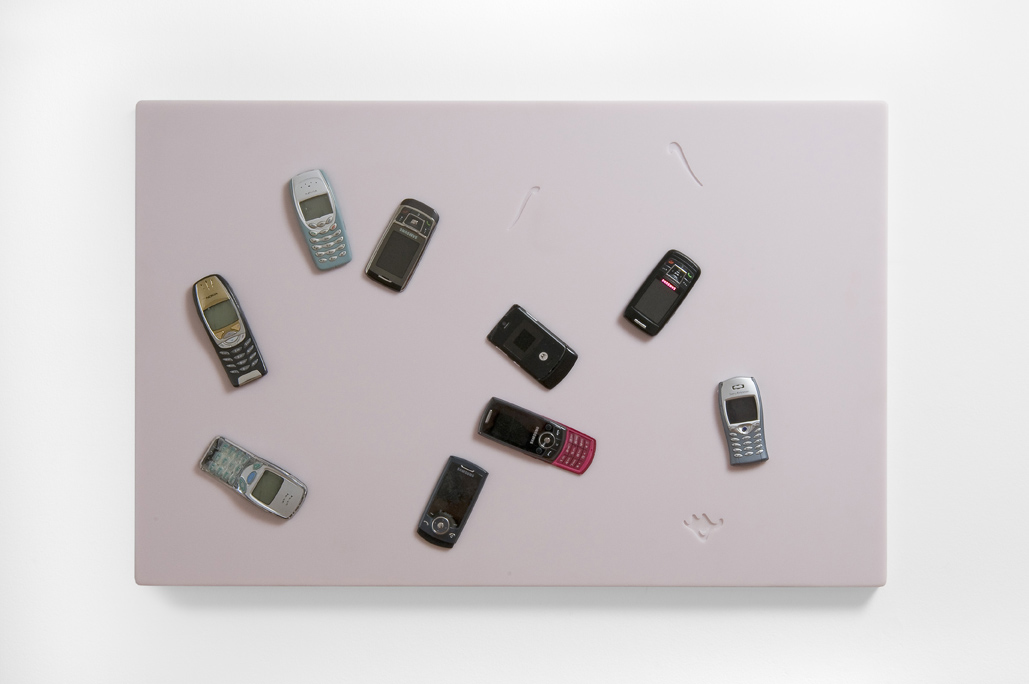 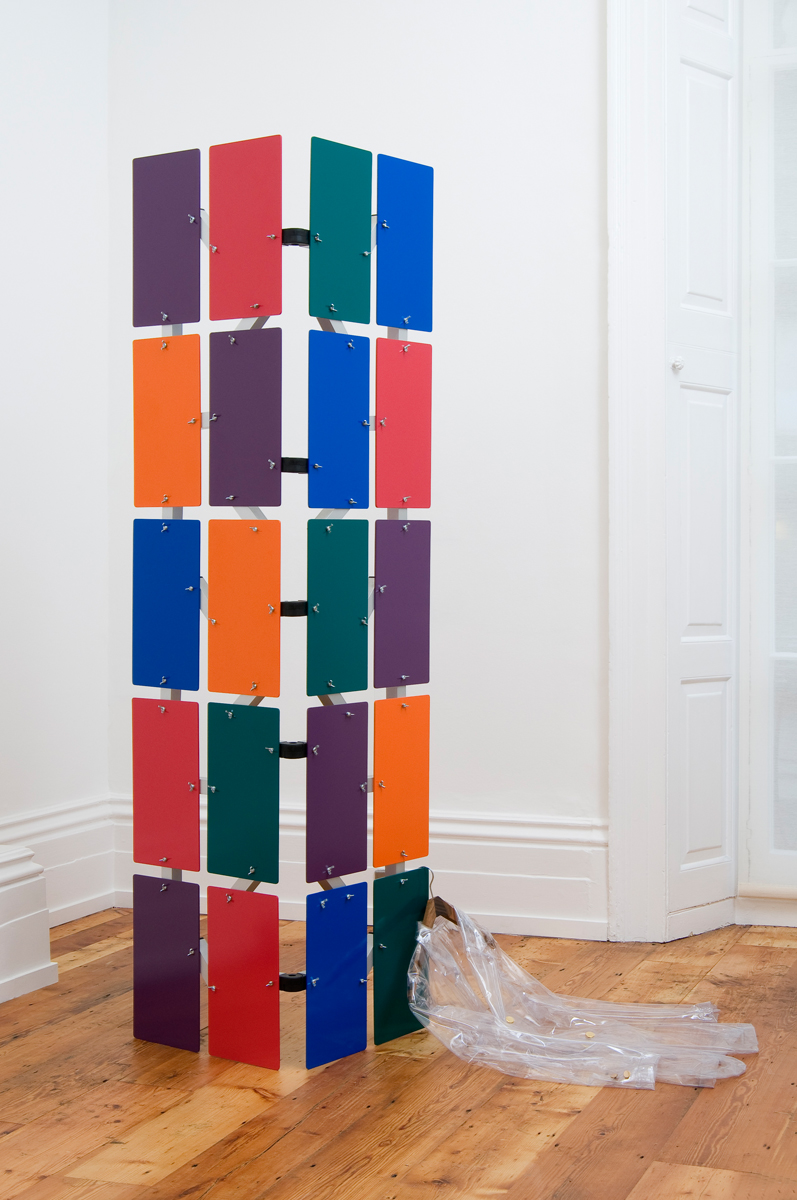 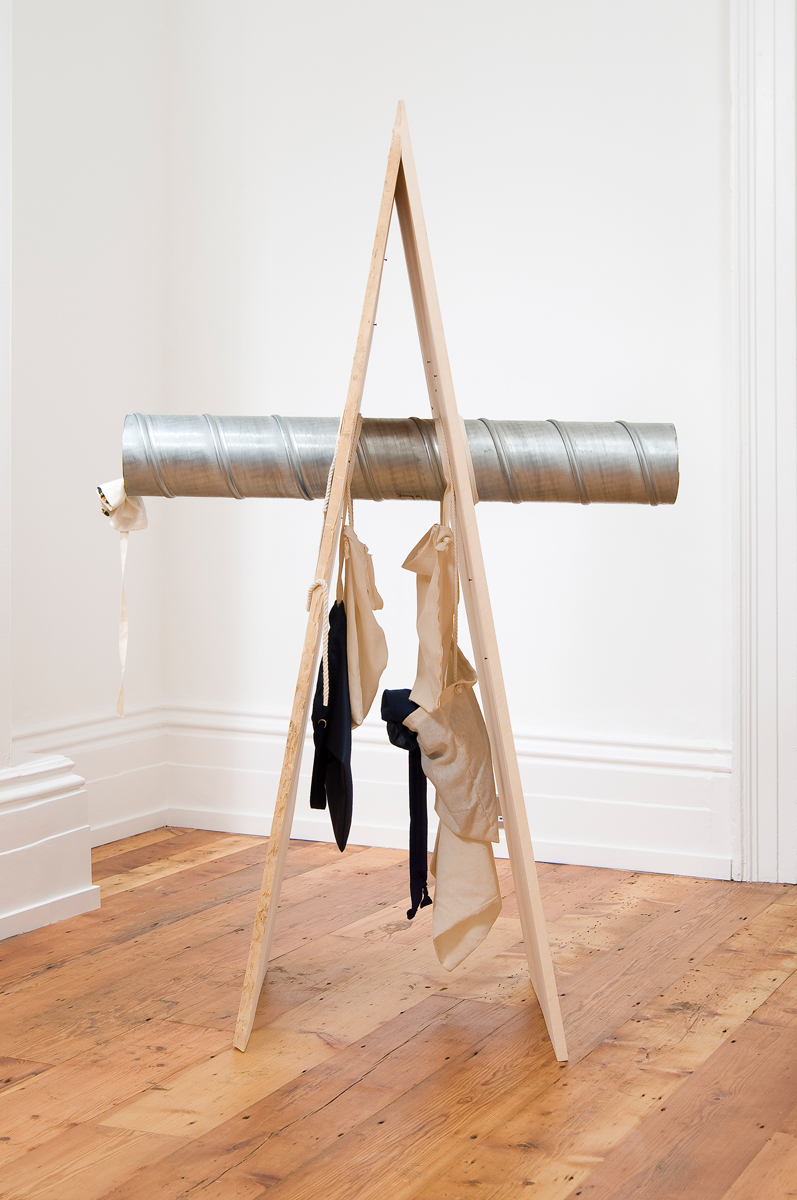 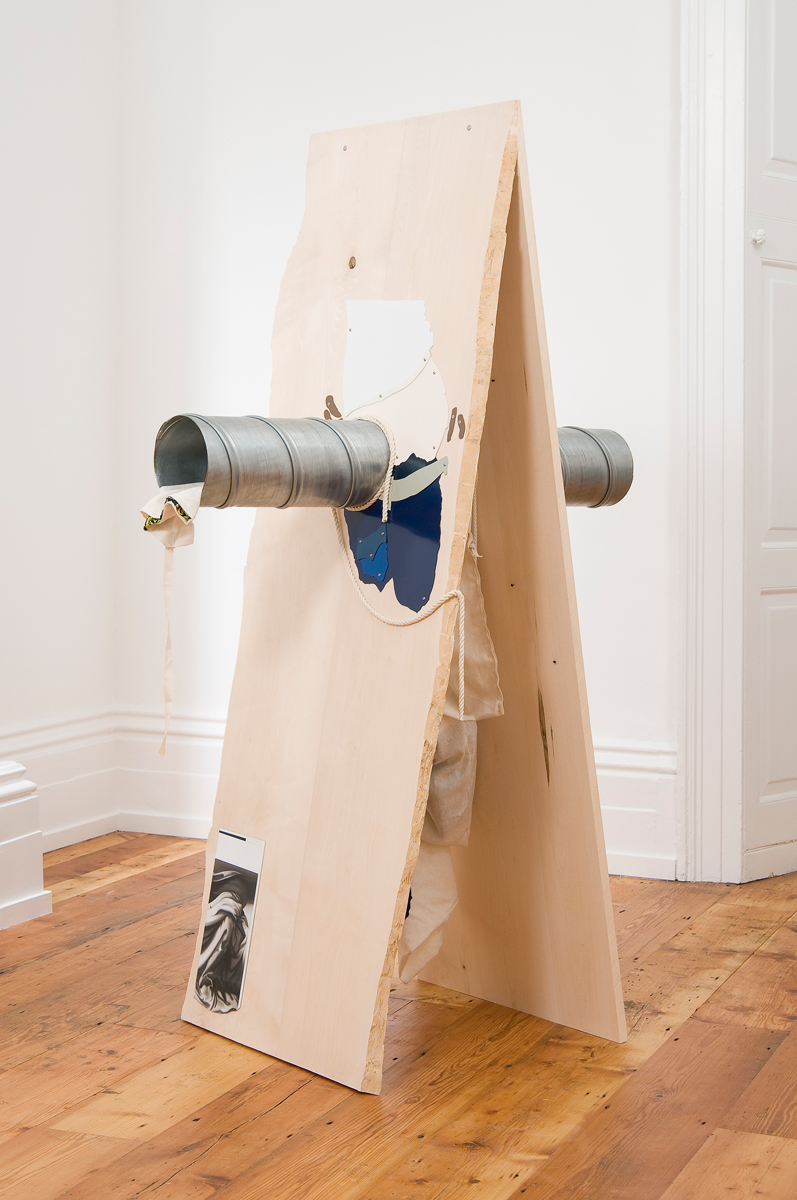 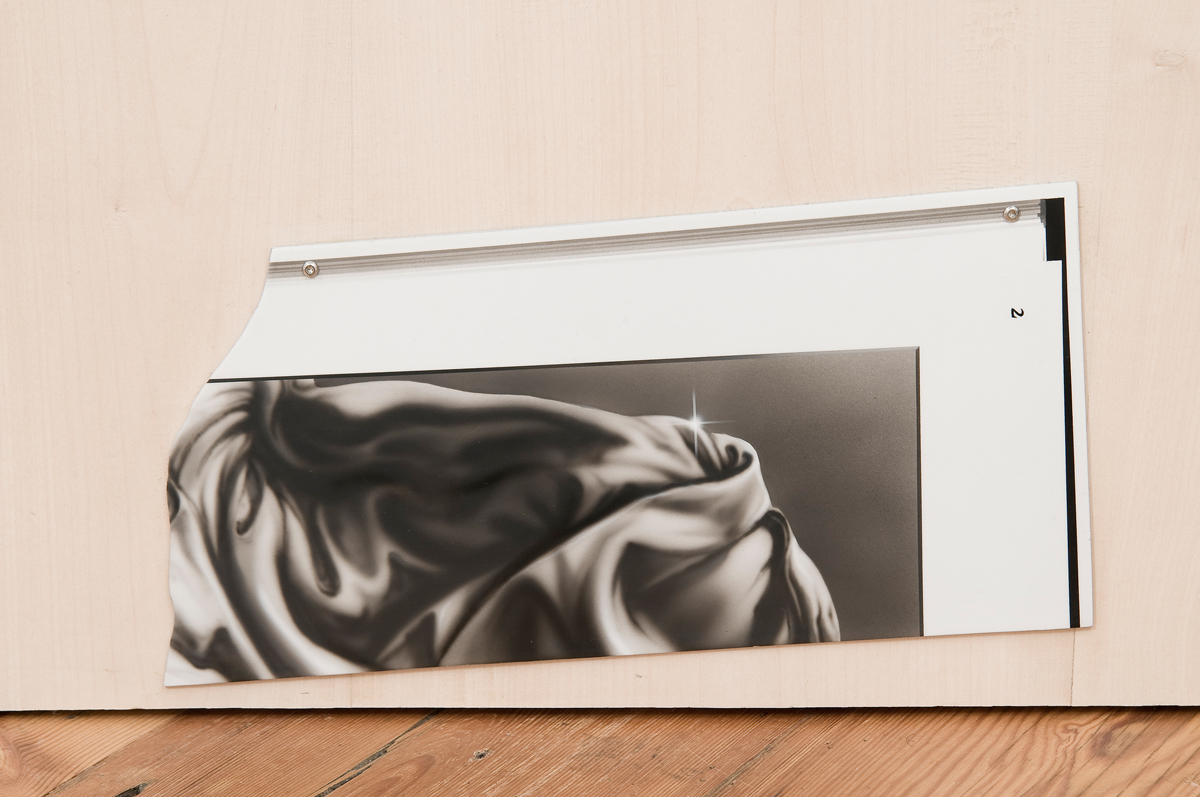 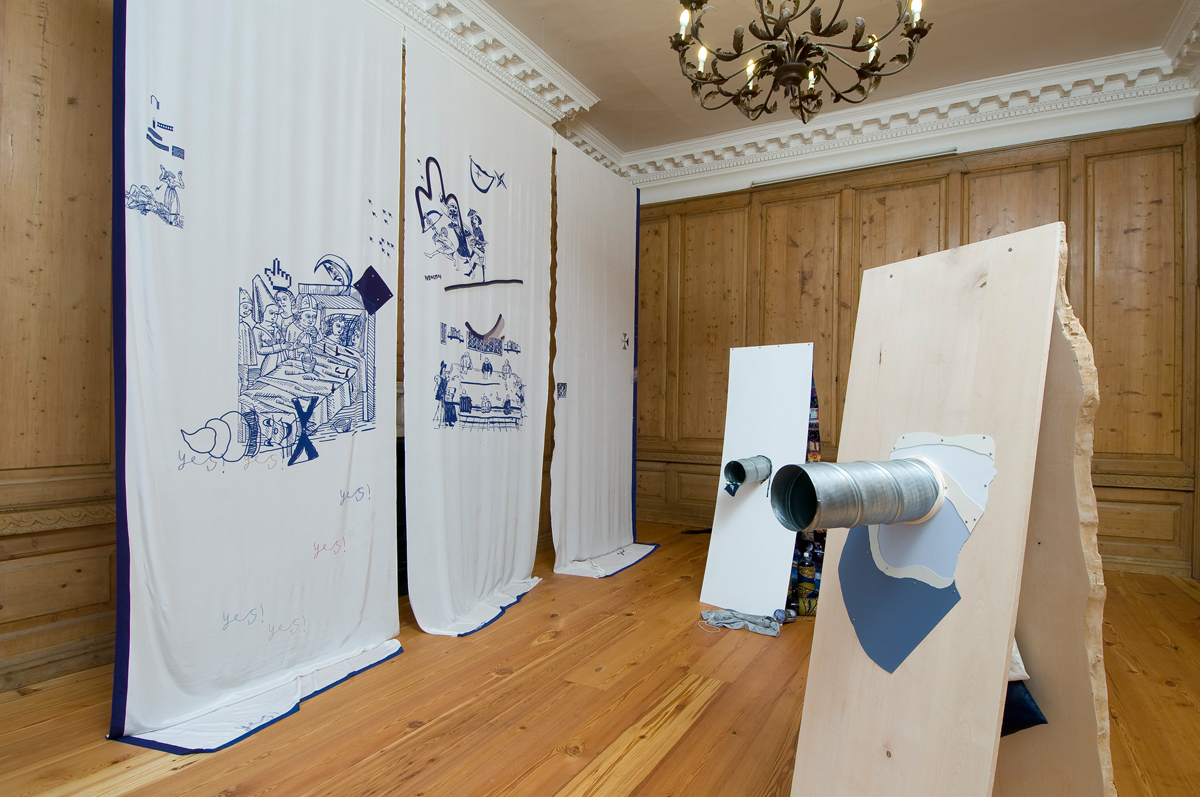 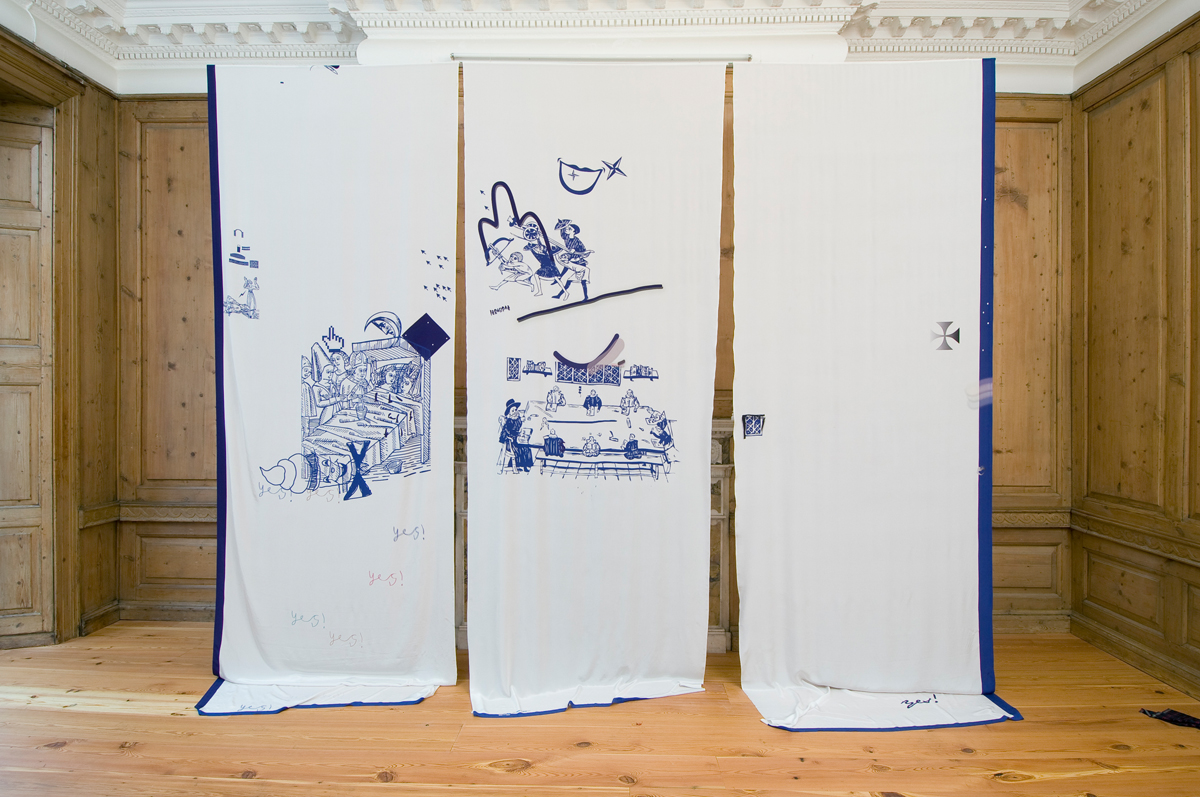 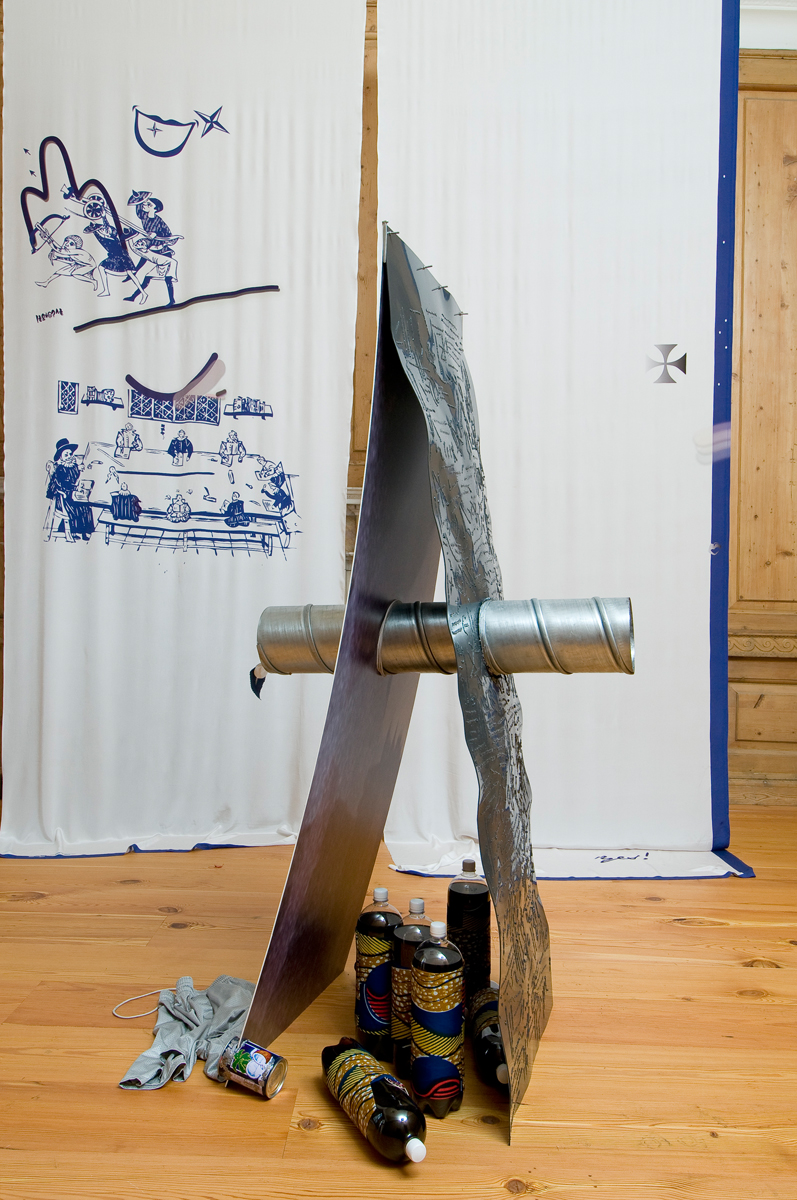 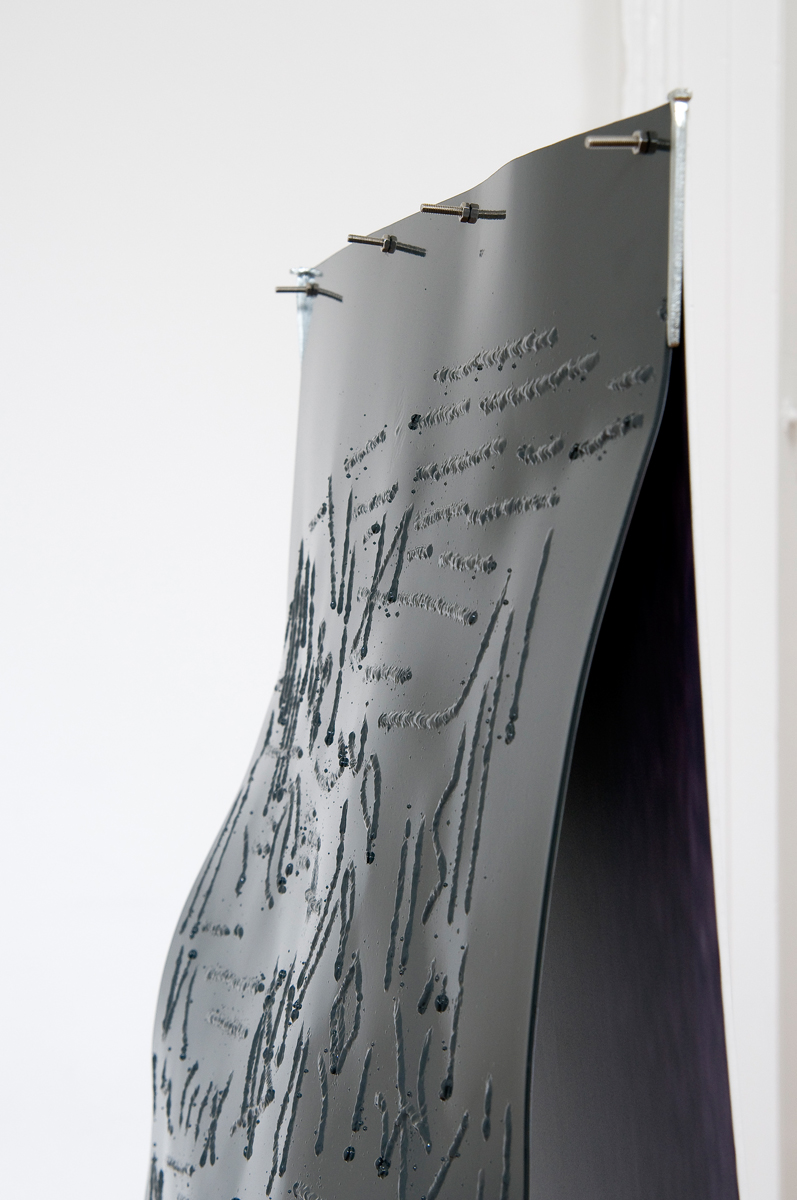 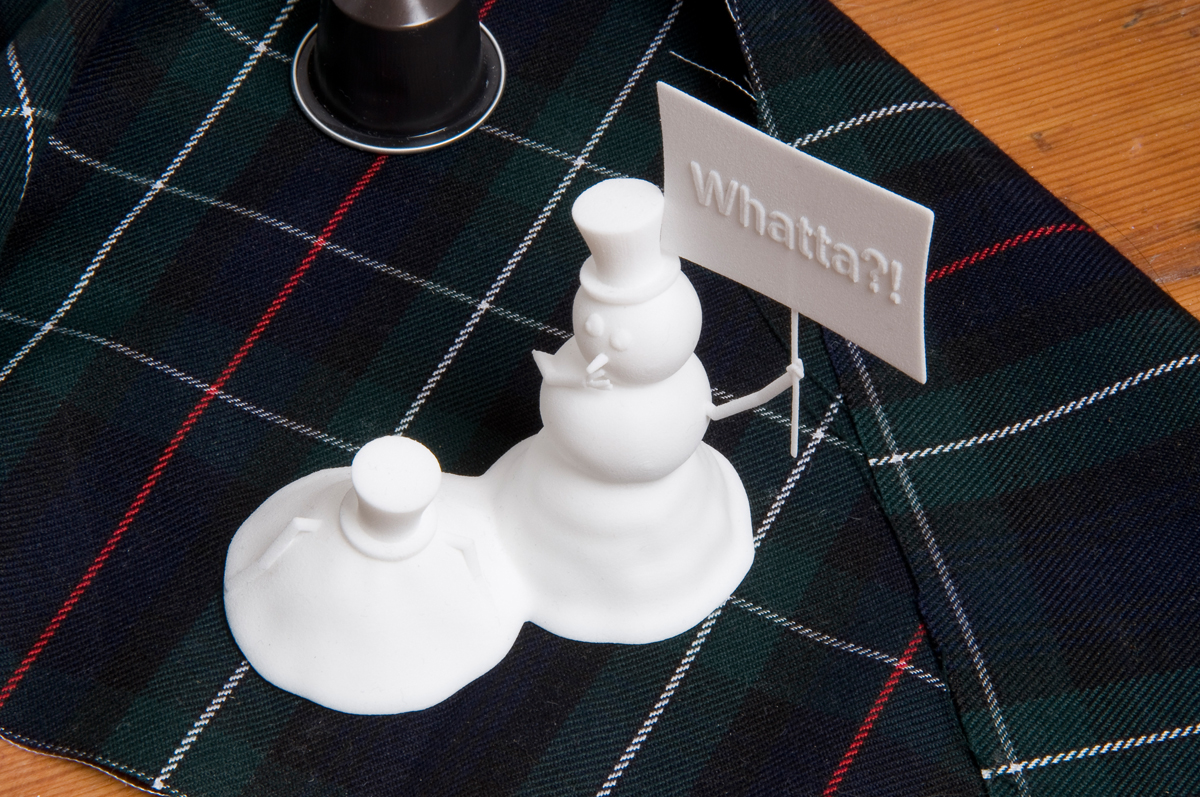 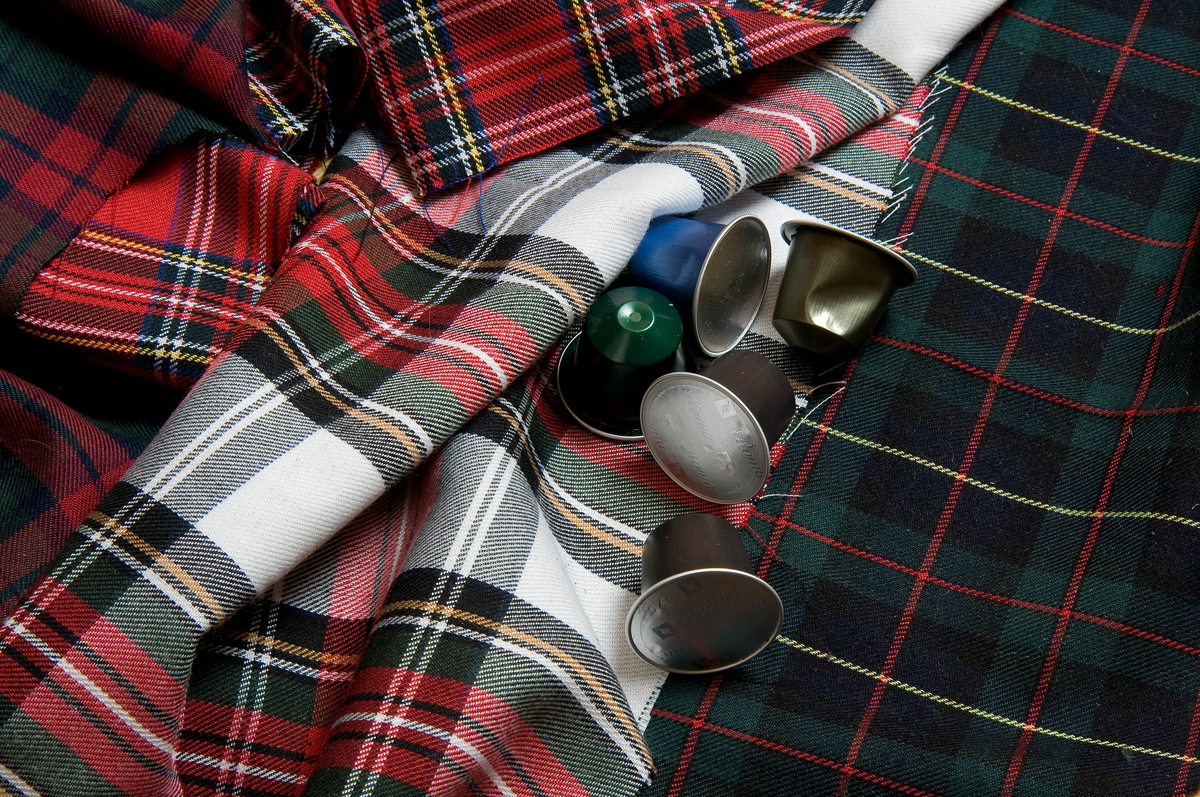 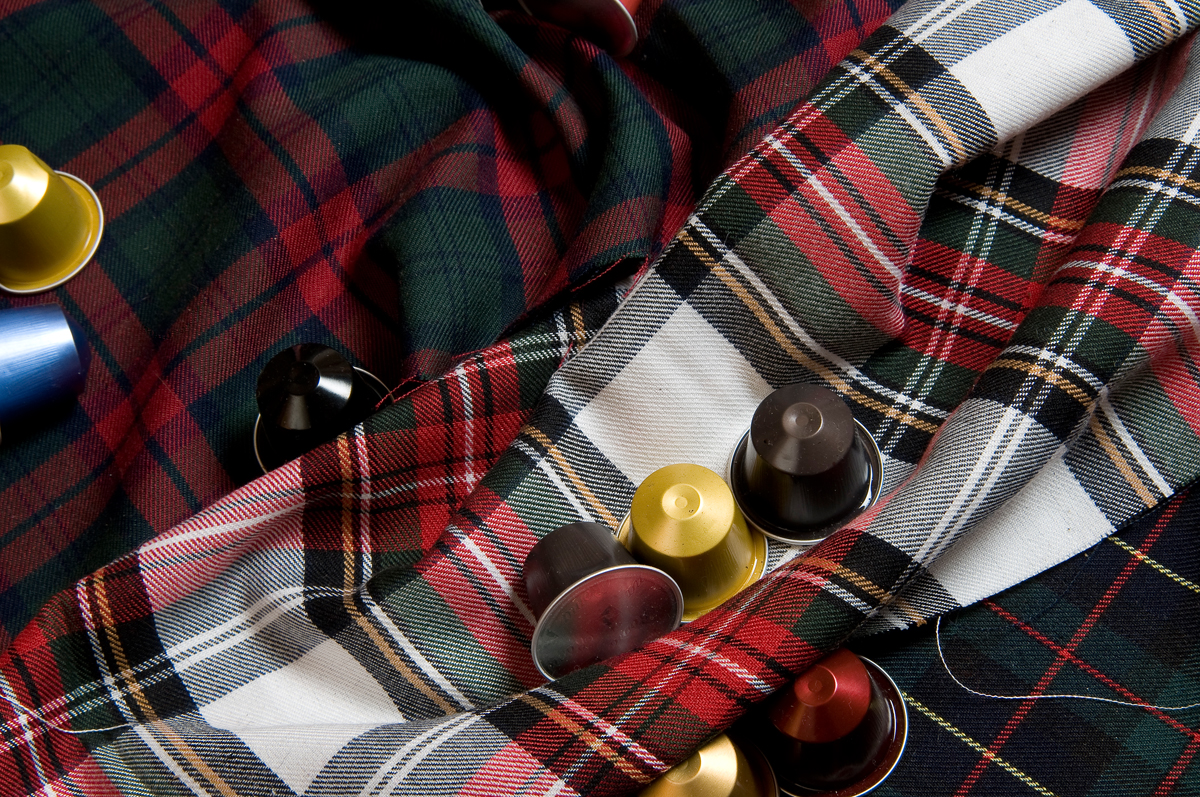 Carl Kostyál, in collaboration with T293, Naples, is delighted to present an exhibition of new work by British artist Helen Marten at 12A Savile Row, London W1.

“Marten employs a do-it-yourself approach coupled with the high finish of industrial manufacture to the fabrication of her work, a combination of techniques that harks back to an earlier age, that of Pop Art in the sixties. Regarding that moment now in an age of advancing digital technology it would be easy to criticise the appropriation of its techniques as nostalgic. Marten’s work is anything but. If her images sometimes refer to past cultural icons such as Tintin or the hammer and sickle they contextualise them in an entirely relevant way by couching retro imagery self consciously in the global language and form of contemporary art…but Marten’s work is not just about playing clever games with art and design history. A look through her catalogue of works reveals an accumulation of imagery that informs her practice. Taken as a whole, each piece, whether it is three dimensional, a found graphic image, a photograph she has taken herself or a moving image, come together to establish a particular view of visual culture. One that acknowledges and to some extent celebrates not only its diversity and accessibility via the internet, Google and so on, but also its randomness and the ability we have to make cohesive sense out of apparently disparate events and images. Life is not a linear logical progression of data but an overwhelming abundance of images, influences and ideas that individuals navigate with ease only once they accept that randomness makes sense. In Marten’s own words “… the pointing and pasting in making objects is a symptom of how we live. In a world where everything blurs and bastardizes itself, references slip uncontrolla- bly all over the place… ” (David Thorp, 2010)

Thieving the filmic cliché of a slapstick gangster duo – one tough, hard-bodied leader, and his goofy but loveable sidekick – Marten’s ‘A is for Anarchy…’ sculpture series twists two urban personalities into play. The blank formal language of the A-frame carries with it a classic or naïve simplicity, but one that is ruptured here by the crass punctua- tion of a culvert pipe rammed through the structure’s mid-riff. Through this aggressive and humorously sexual gesture, the graphic symbol of the Anarchy A is played out into real space. The whole spectacle is elaborately performative, with the sculptures (titled respectively ‘half baked’ and ‘thug life’) translating the emotional branding of each caricature through the materials used; the butch raw maple carries a clean, hard authority, whilst the drooping sagginess of curved, image-laden steel cuts a more sloppy silhouette. Executed in powder-coated steel, the ludicrous volumes of baggy pants – of denim, ass and elastic – are mapped out in flat geometric graphics against the wood. A nod to the elaborate coding of masculine power tropes, these observations are matched by the earnest theatricality of airbrushed panels depicting photocopied details of da Vinci’s drapery. In a similar flaunting style, squiggles of semi-legible hieroglyphs – computer symbols, gang graffiti and Bluetooth runes – build up cartoonish logos of idleness, welded marks that form a scarred, but deliberately ornamental surface.

This bastardisation or reassigning of image and material is continued in ‘George Nelson’. Through the explicit naming in the title, the work sets up a referential slippage between character and history, a riff on the infamous 1950’s Marsh- mallow Sofa, that is re-imagined with a more wonky, vertical fussiness. A kind of perverted modernist grammar implies that these modular units could unfold infinitely upwards in space, but movement is anchored by an obstinately sleazy PVC jacket that hangs flaccid on the floor. Set against a hanging silk backdrop whose initial reading is one of domestic medieval melodrama, this polite vandalism of symbols forces initially recognizable conversations in and out of legibility.

Two other sculptural works feature as wall-bound pieces, ‘All the single ladies’ and ‘An economist is particularly difficult to represent in graphic terms’. Conflating perhaps one of the most globally recognizable and politically entrenched symbols, ‘An economist…’ loops up lofty weights of economy and industry as a single extruded logo. Tidied into a smug architectural fixture, any political stance is rendered ultimately decorative, with the work slipping between playful technological celebration and the more withering sneer of cynicism.

‘All the single ladies’ brokers yet another merge between digital and political insignia. Made from cast Strawberry Ice Corian, the work has a decisive material seductiveness, with its round edges and strange marble smoothness suggestive of fragmented classical sculpture. Nine defunct mobile phone handsets are machined chaotically into the surface, the bounds of their activities marked out by the winking cartoon mouth and brows of Betty Boop. Hinting at an infinite address book of stored names, flirty texts and drunken phone calls, the work embodies both a flirtatious defiance, alongside a near embarrassing drunk mum-ness. Taking its name from a Beyoncé song, the work imagines a troupe of girlfriends toppling across a dance floor as they swap domestic melodrama for glittering, uncharted excess:

‘…now put your hands up, up in the club, we just broke up, I’m doing my own little thing decided to dip and now you wanna trip, cause another brother just noticed me…
…I got gloss on my lips, a man on my hips
Got me tighter in my Dereon jeans…’