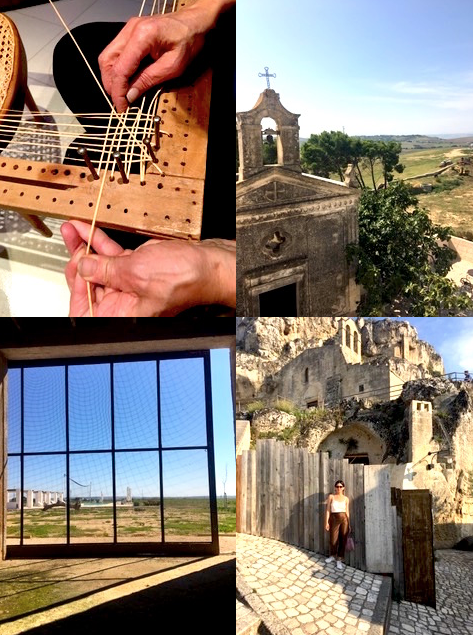 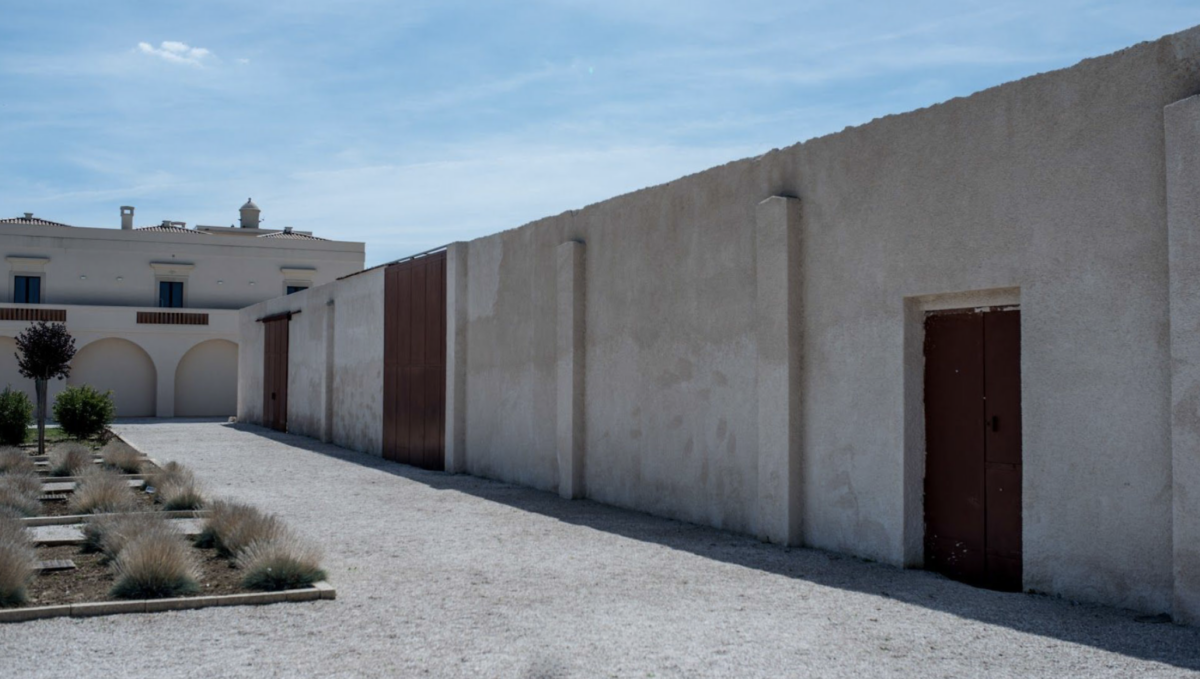 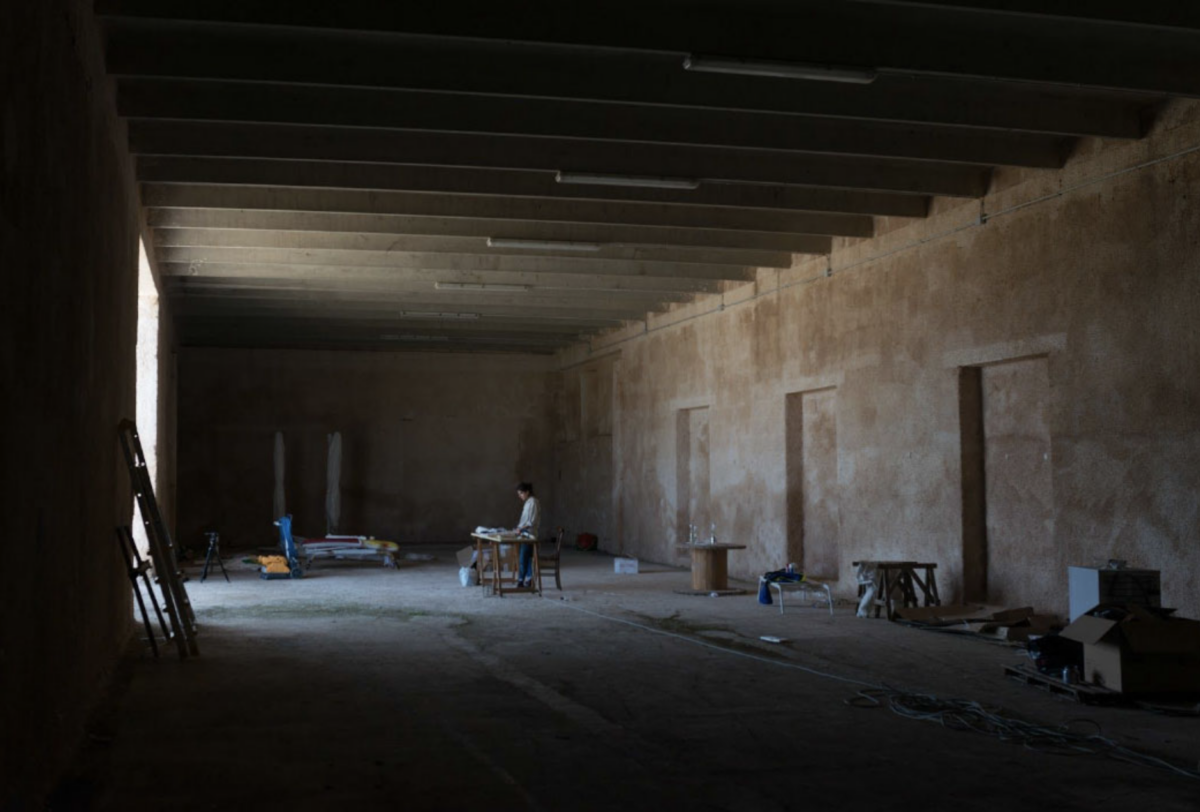 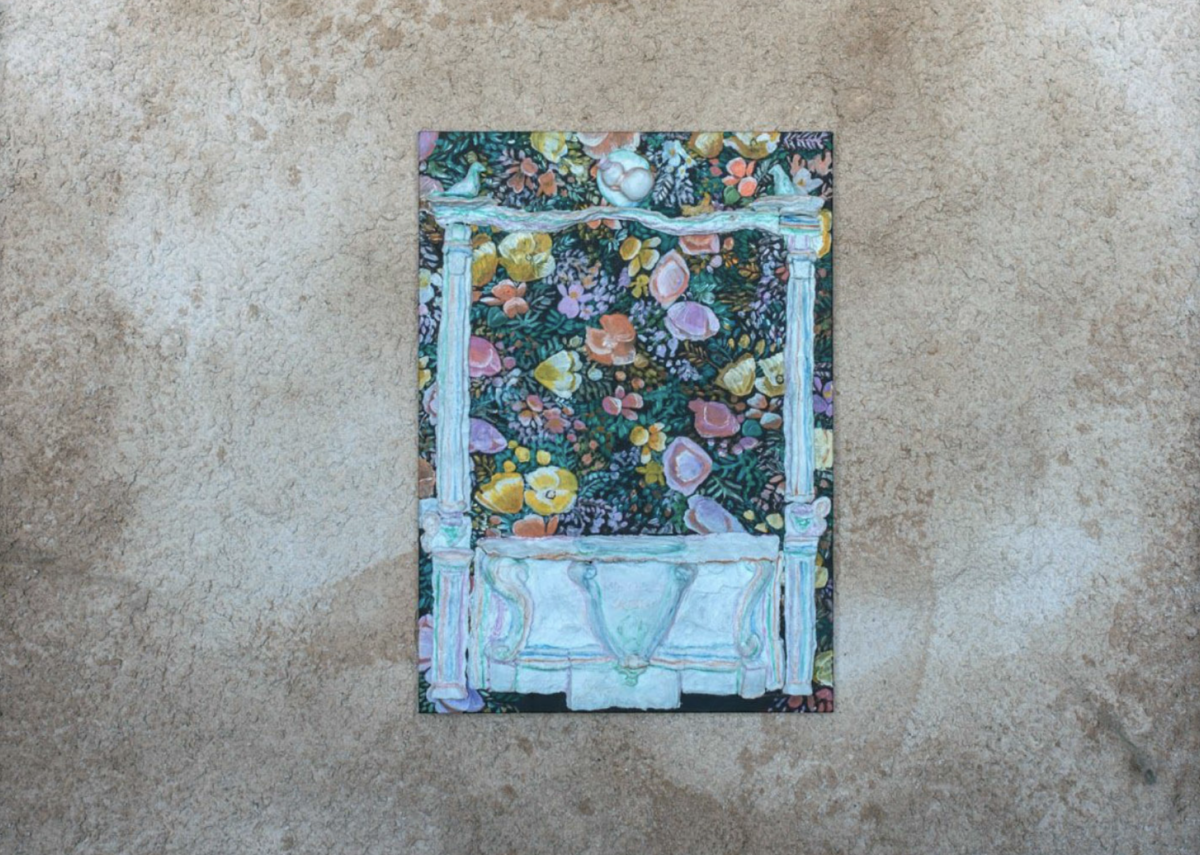 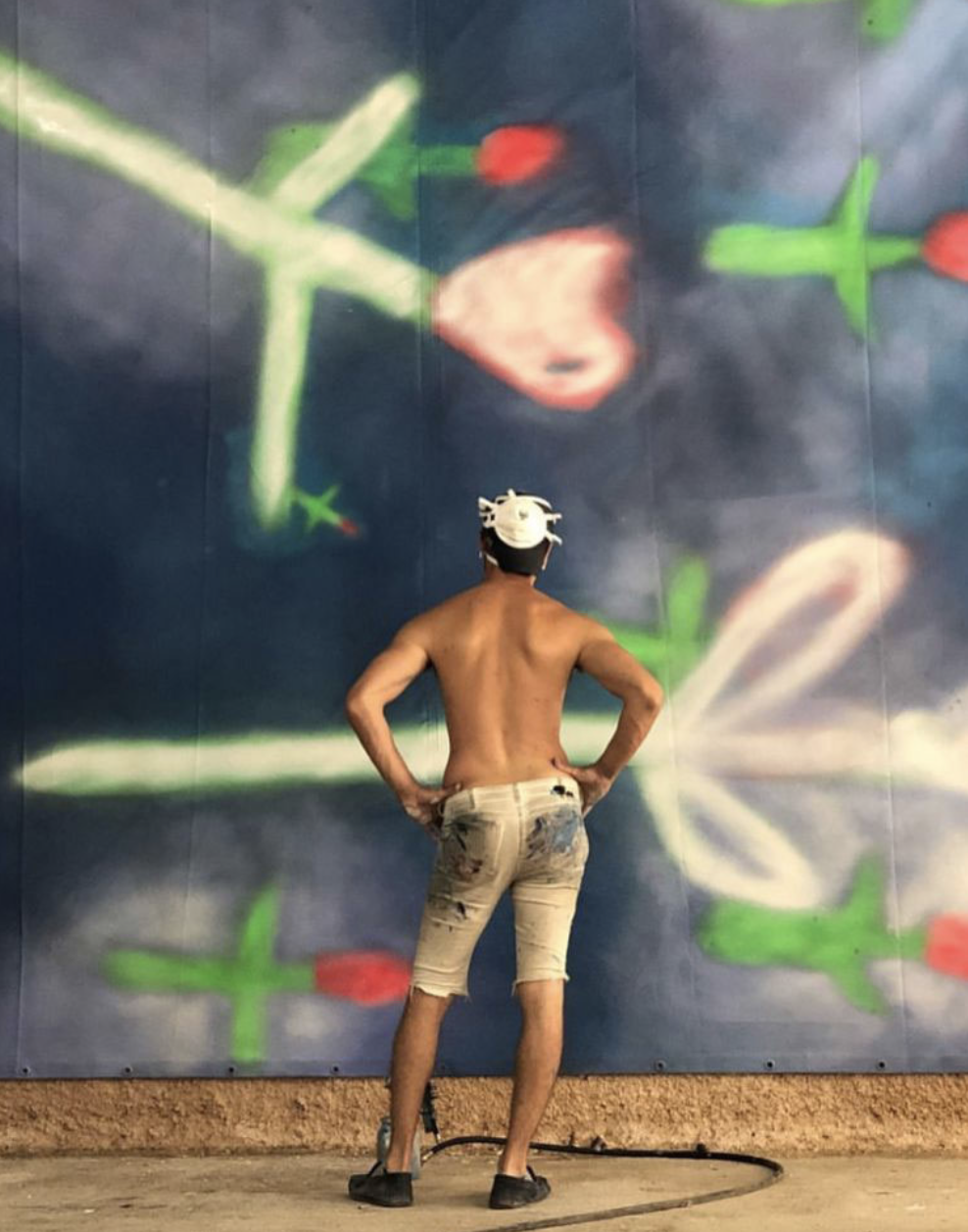 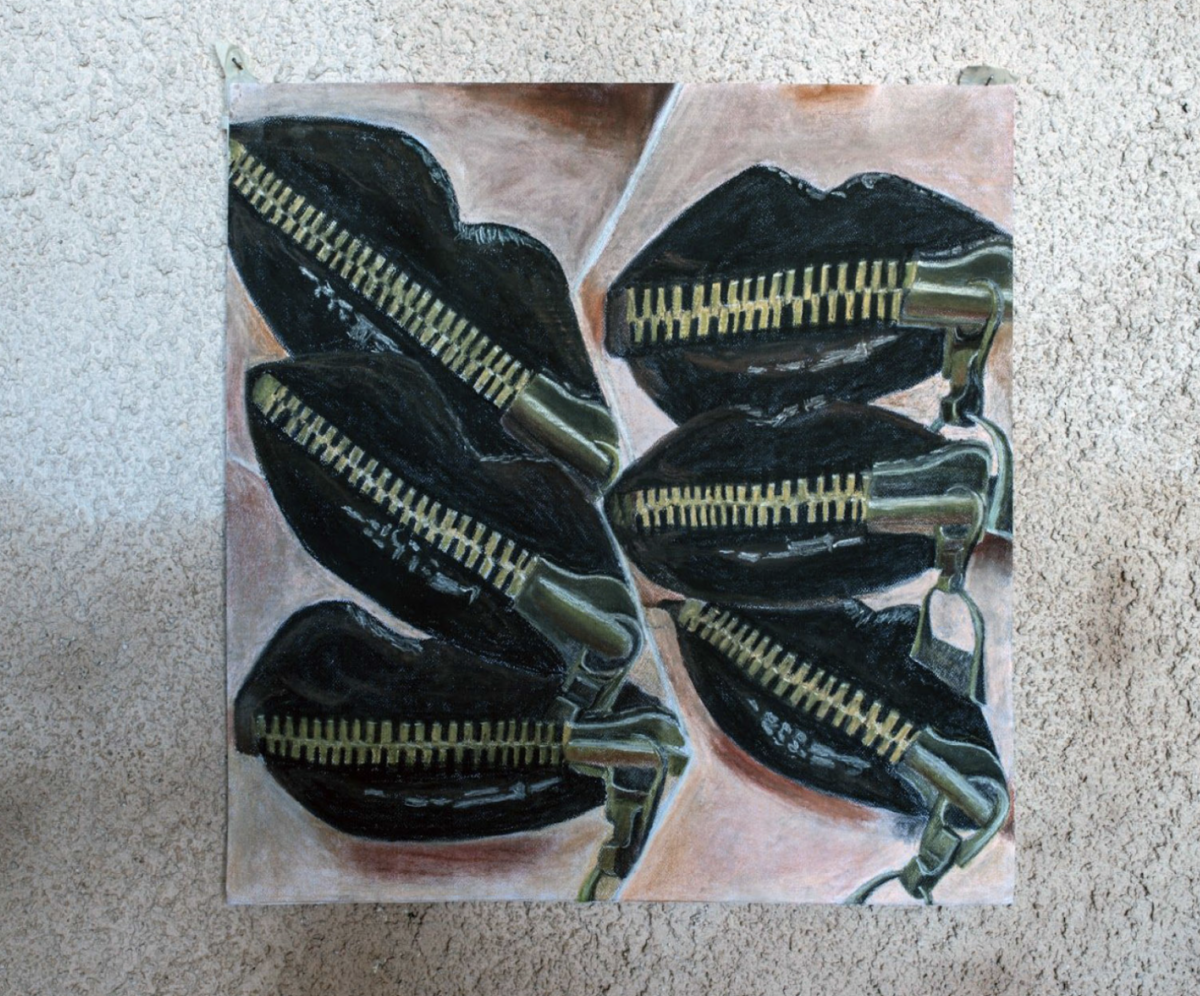 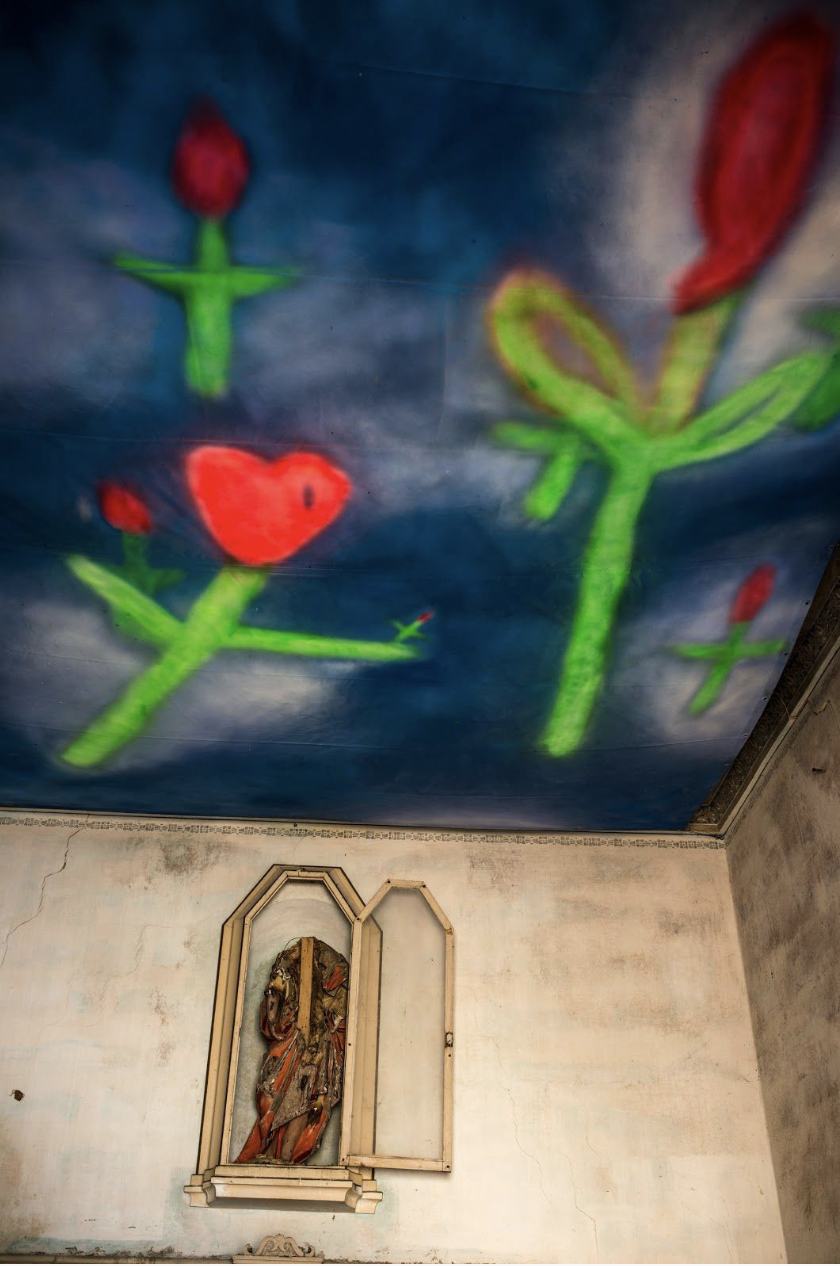 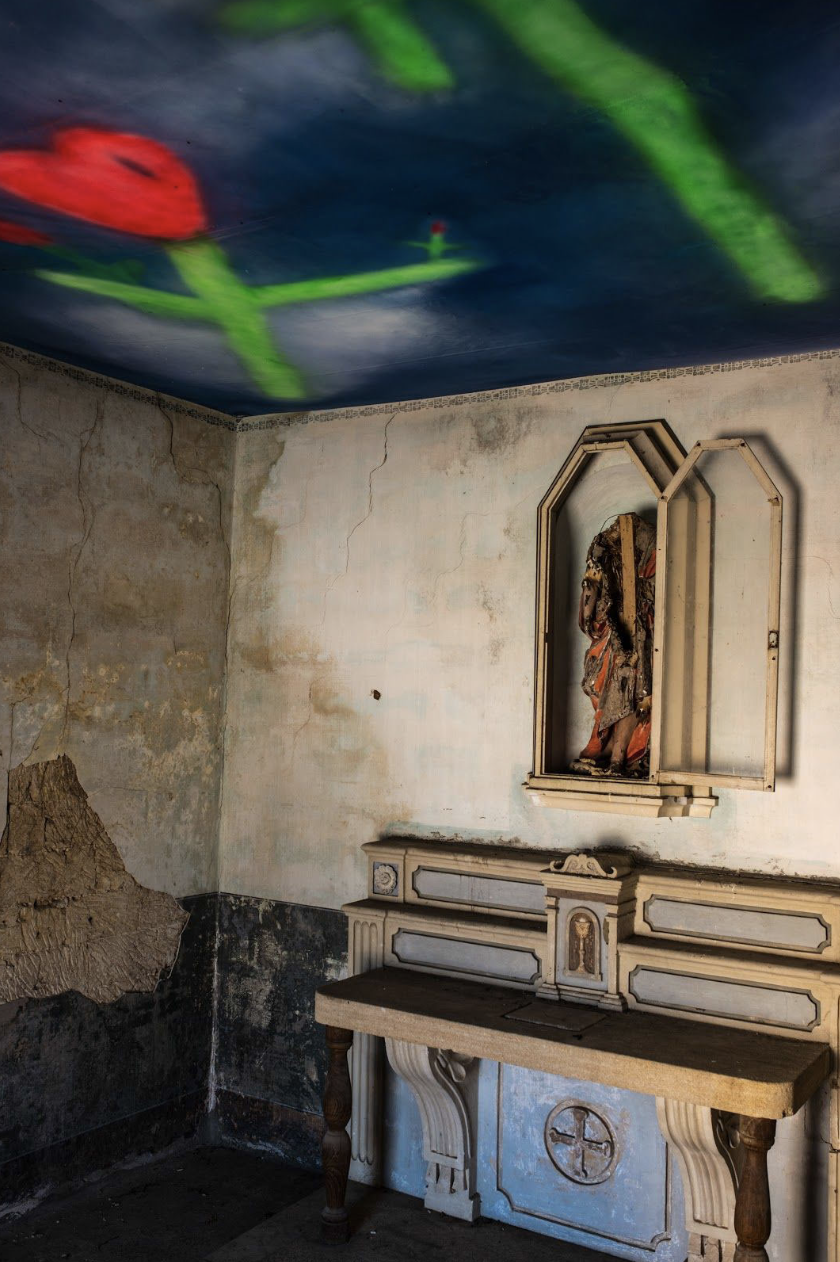 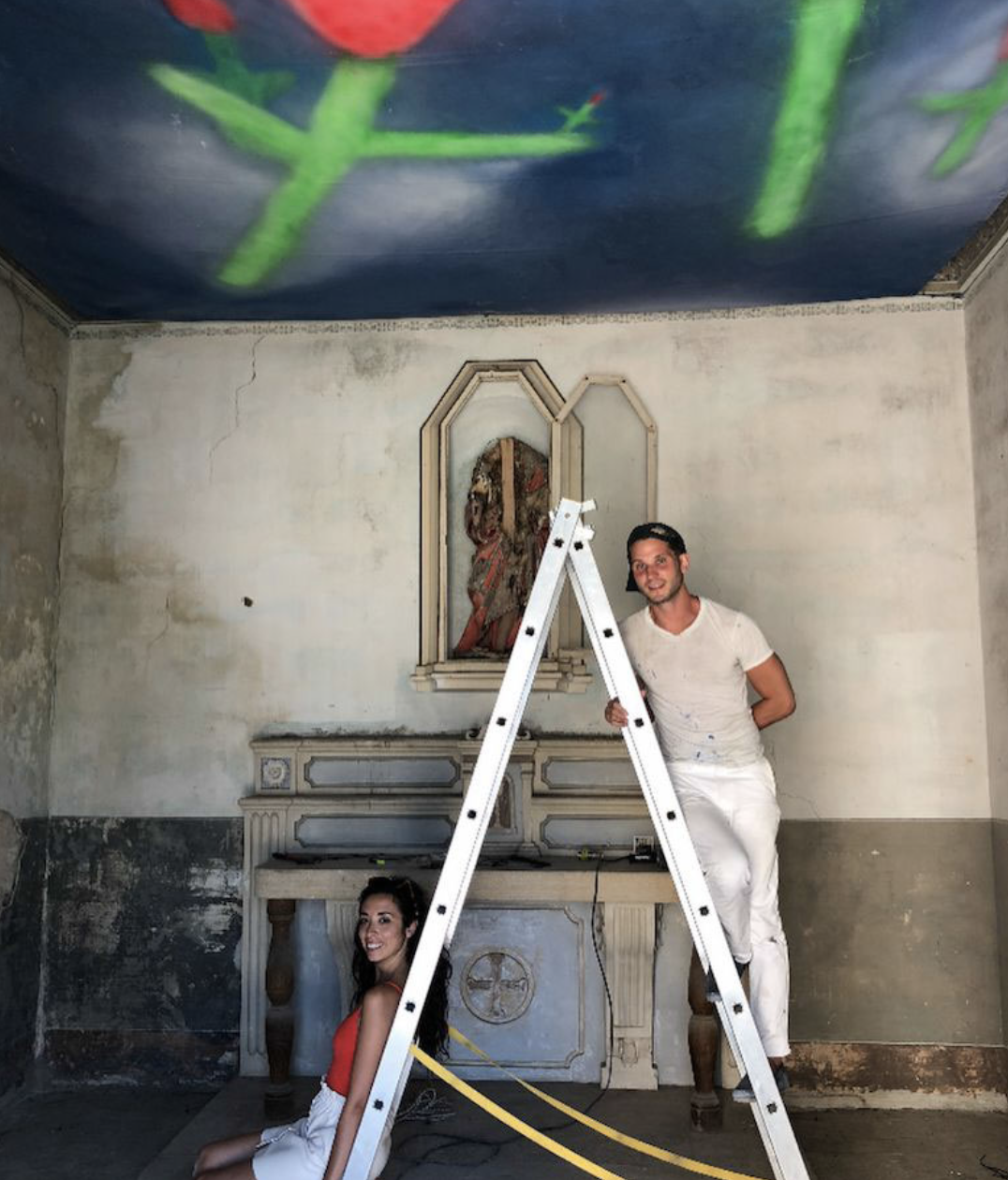 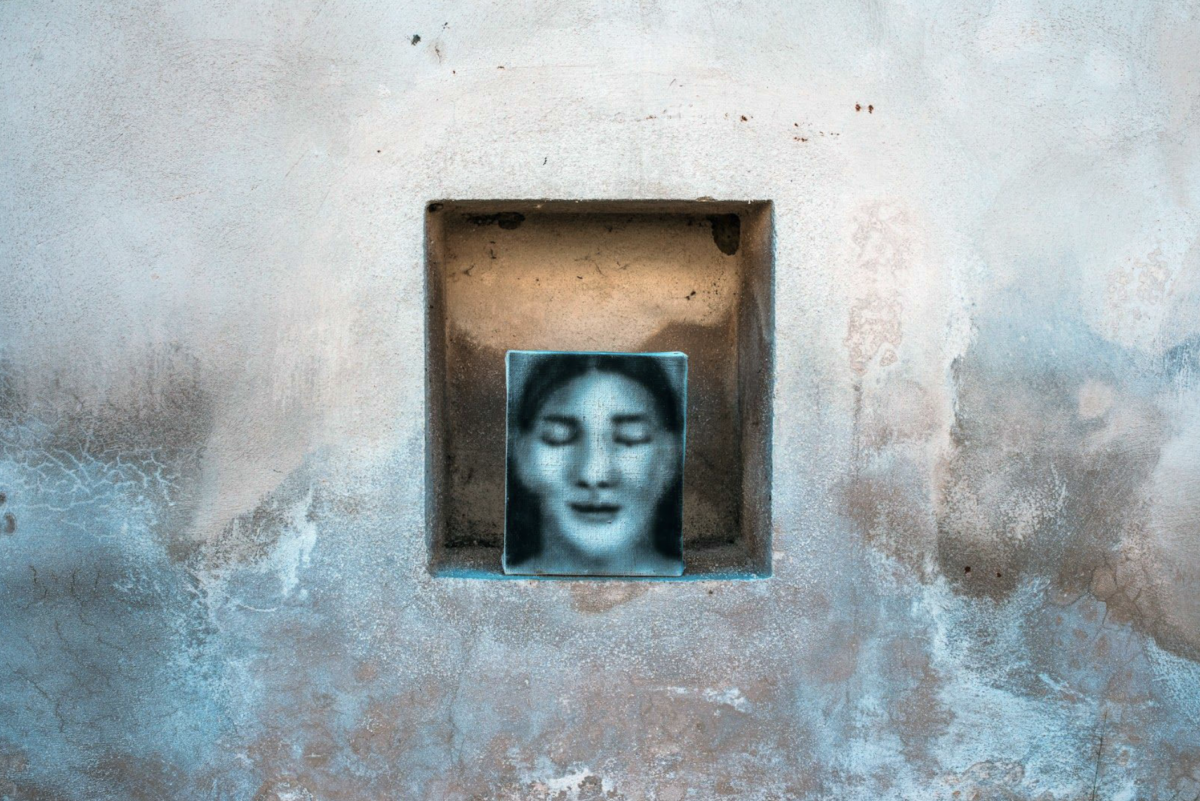 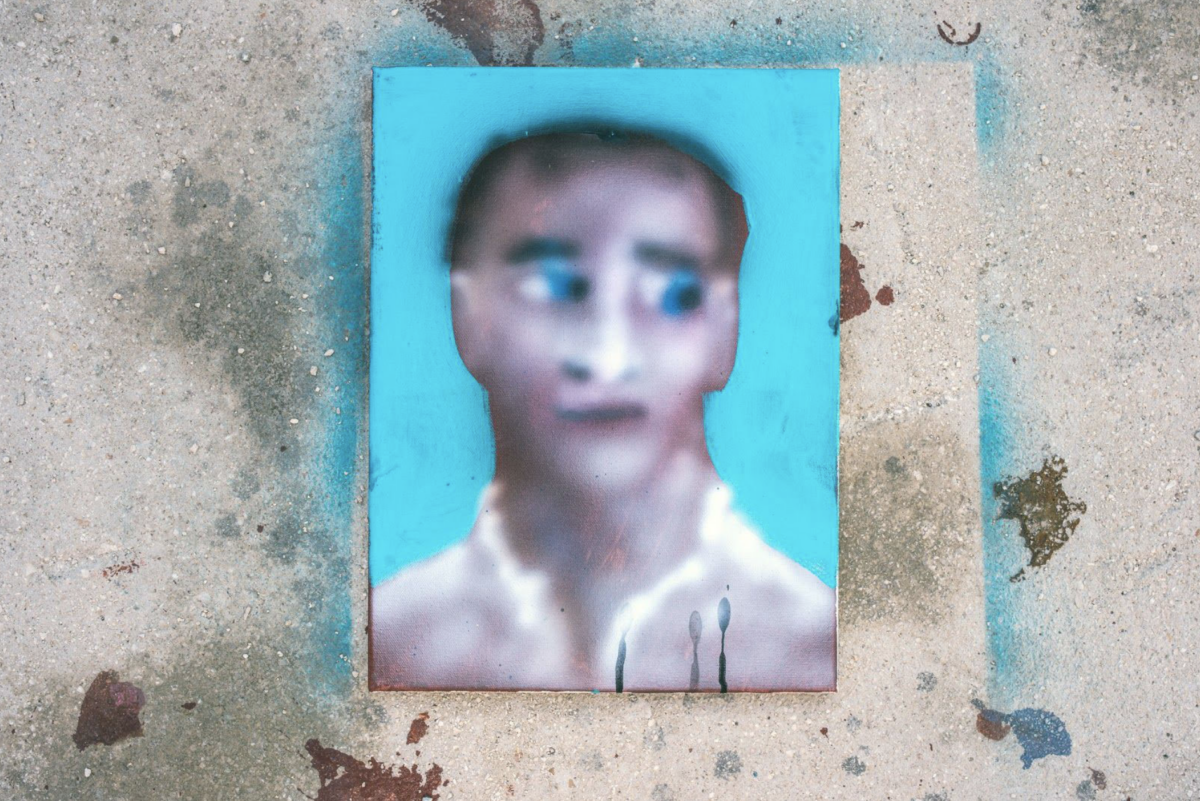 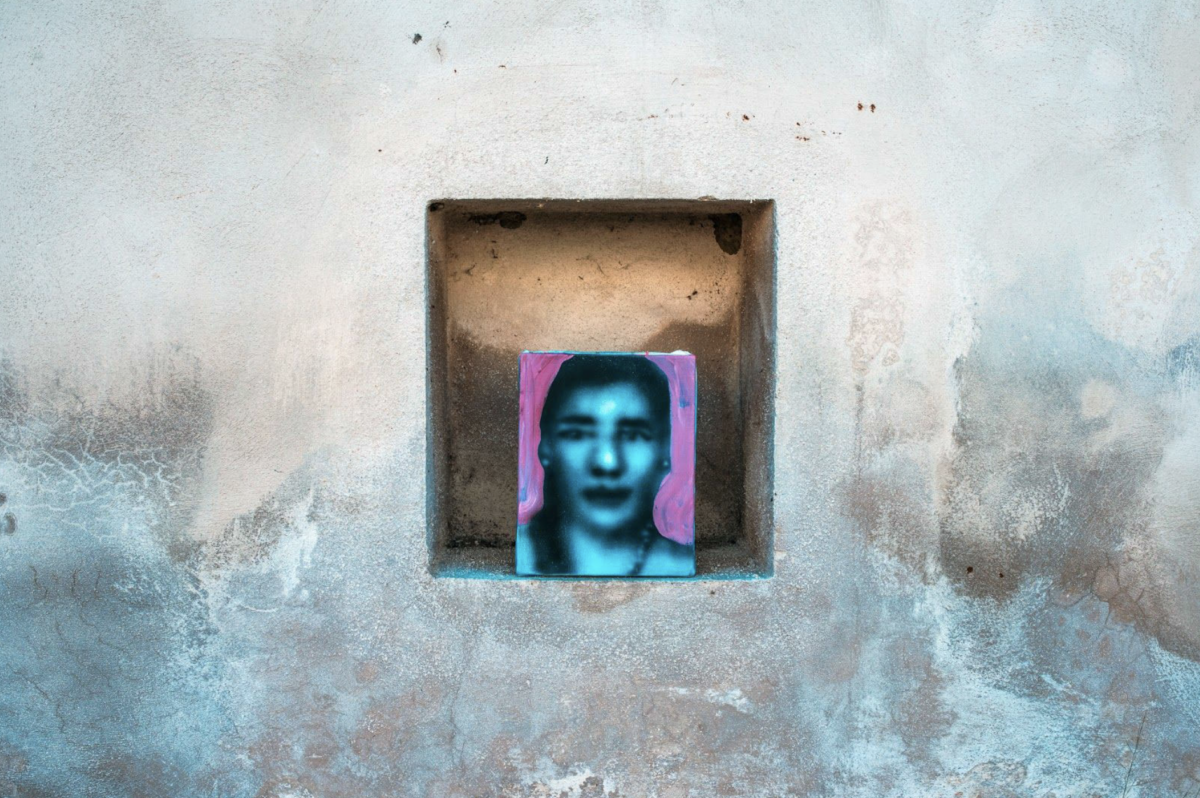 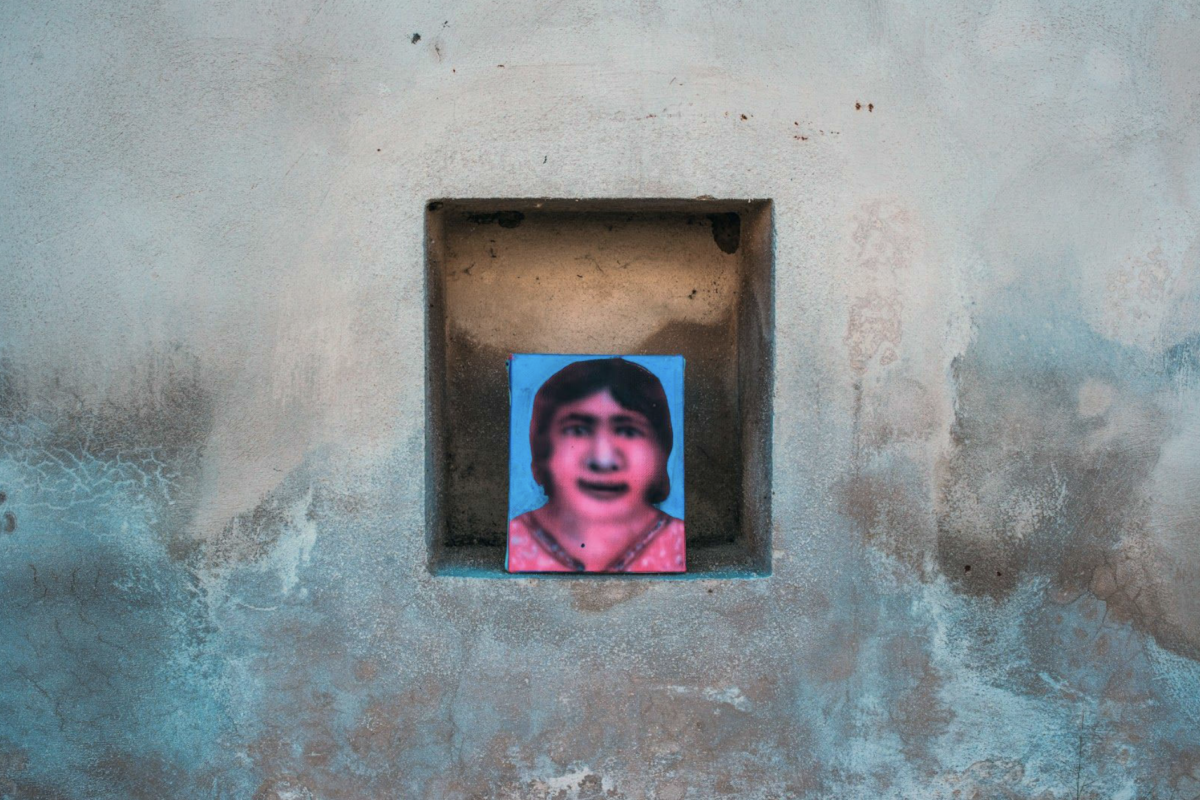 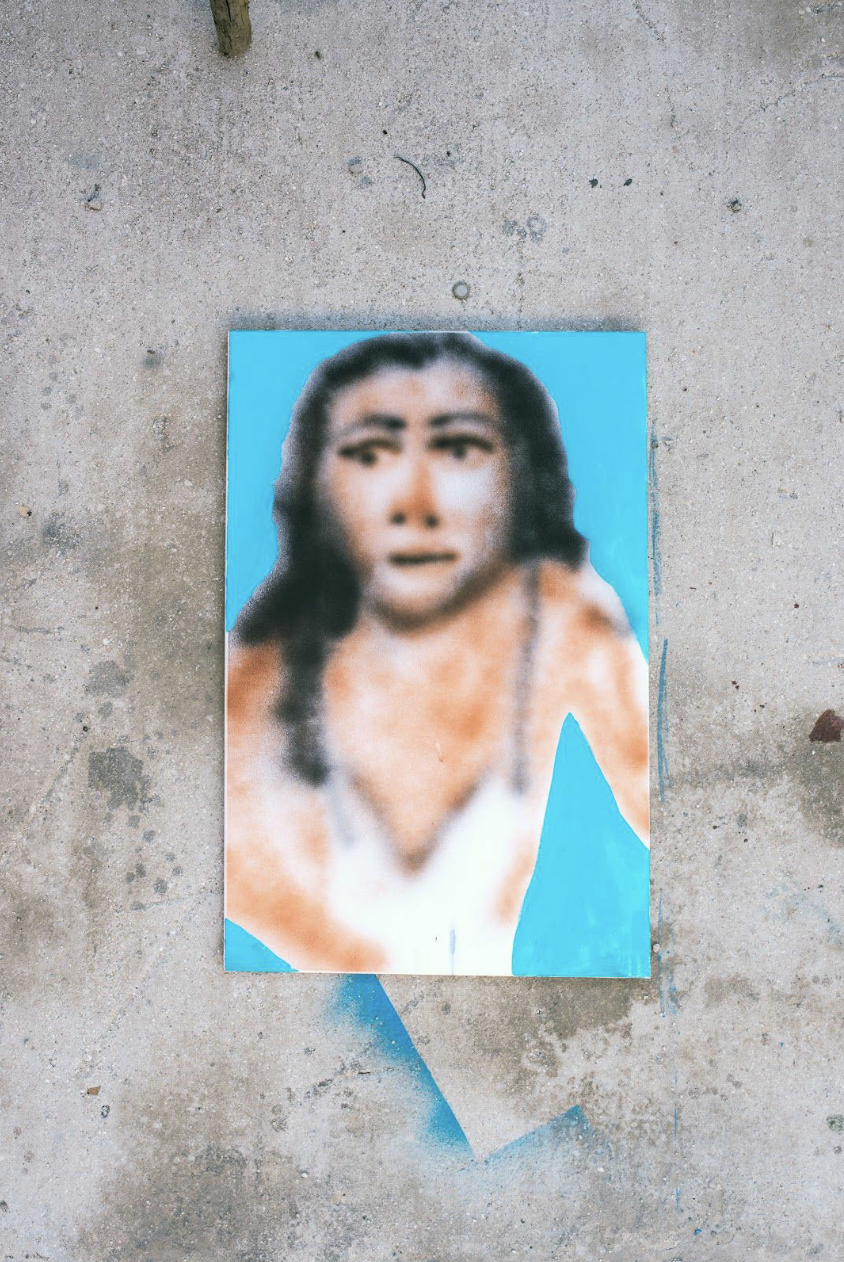 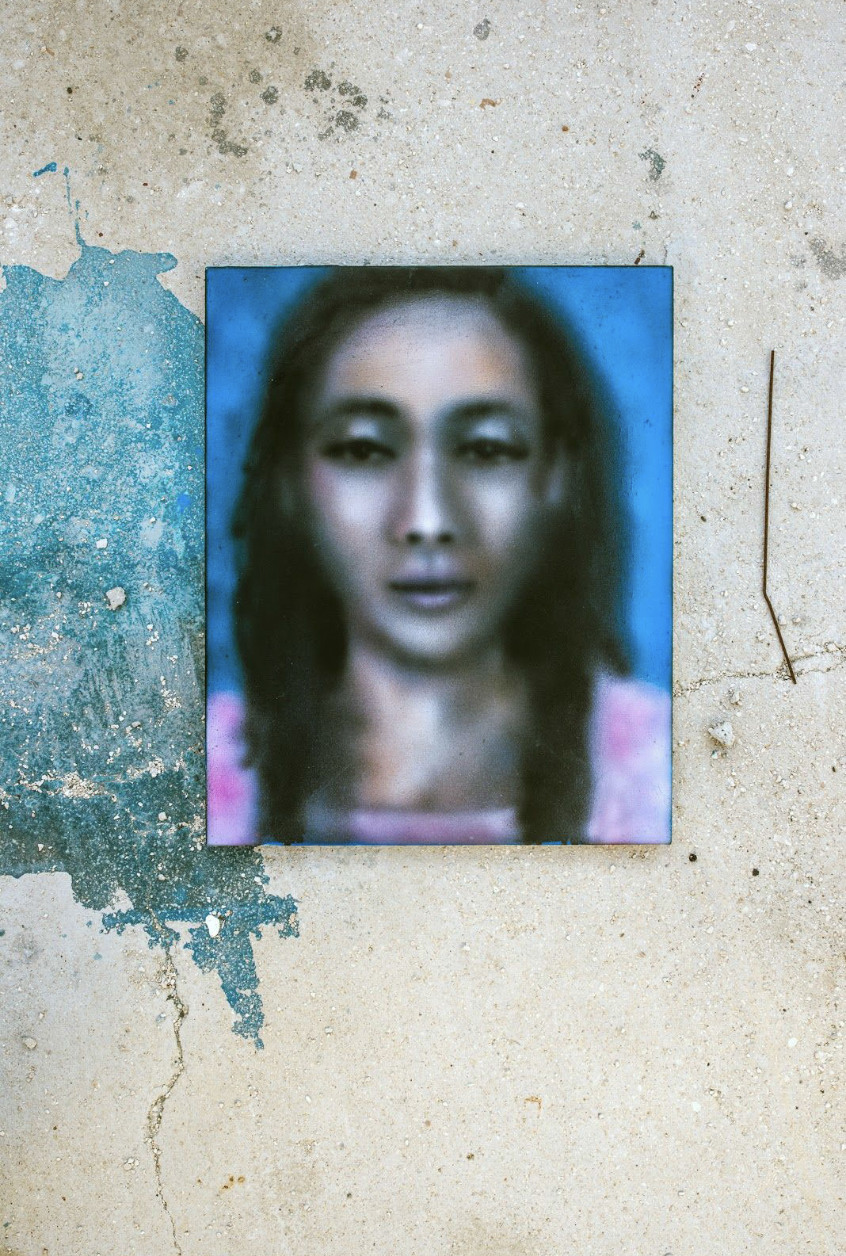 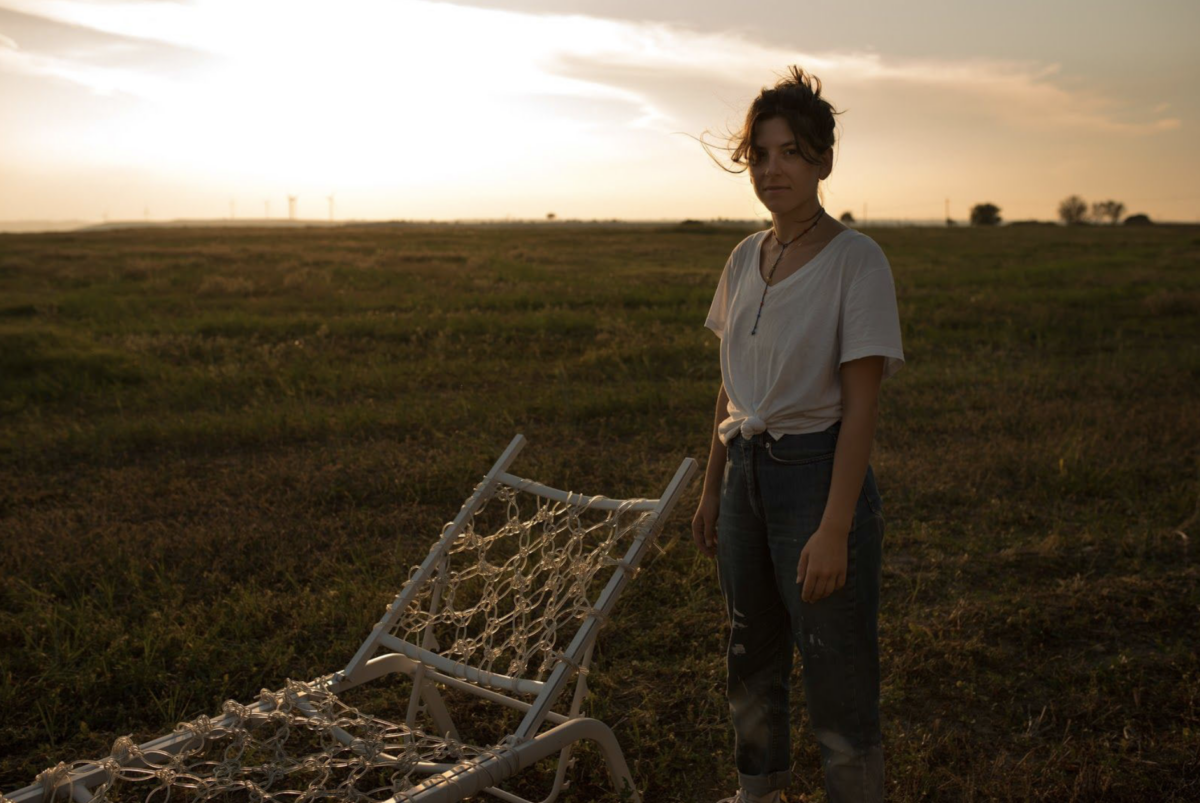 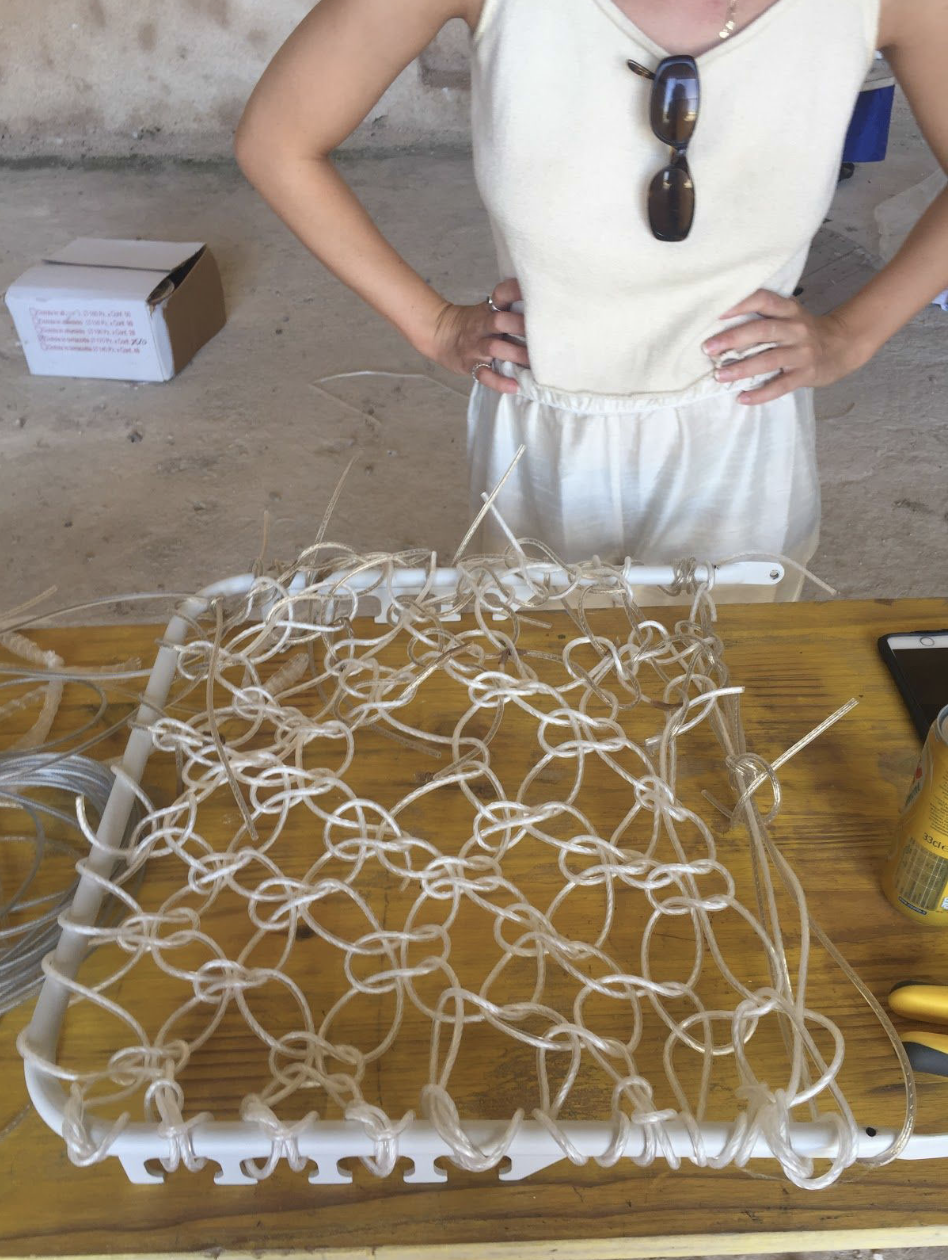 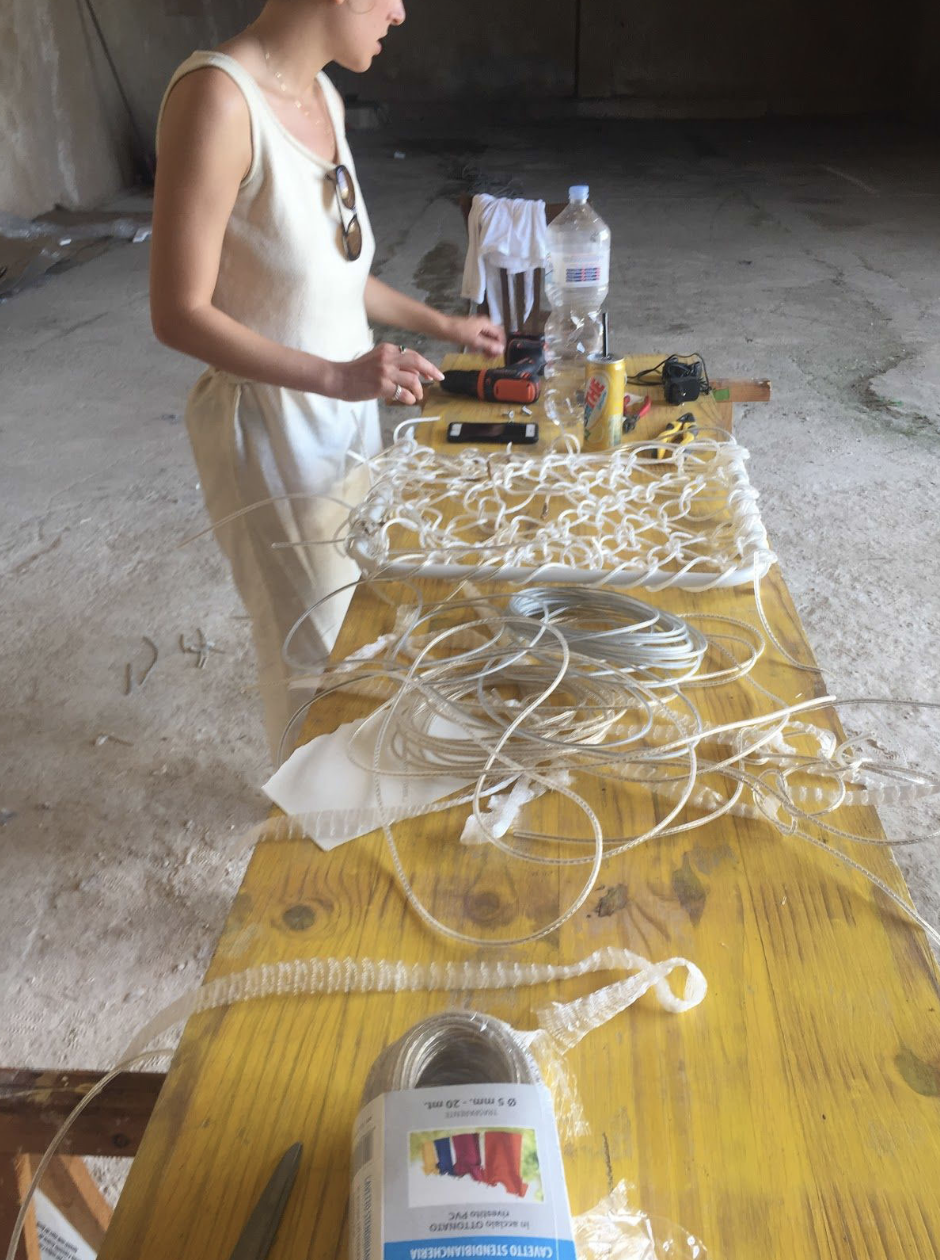 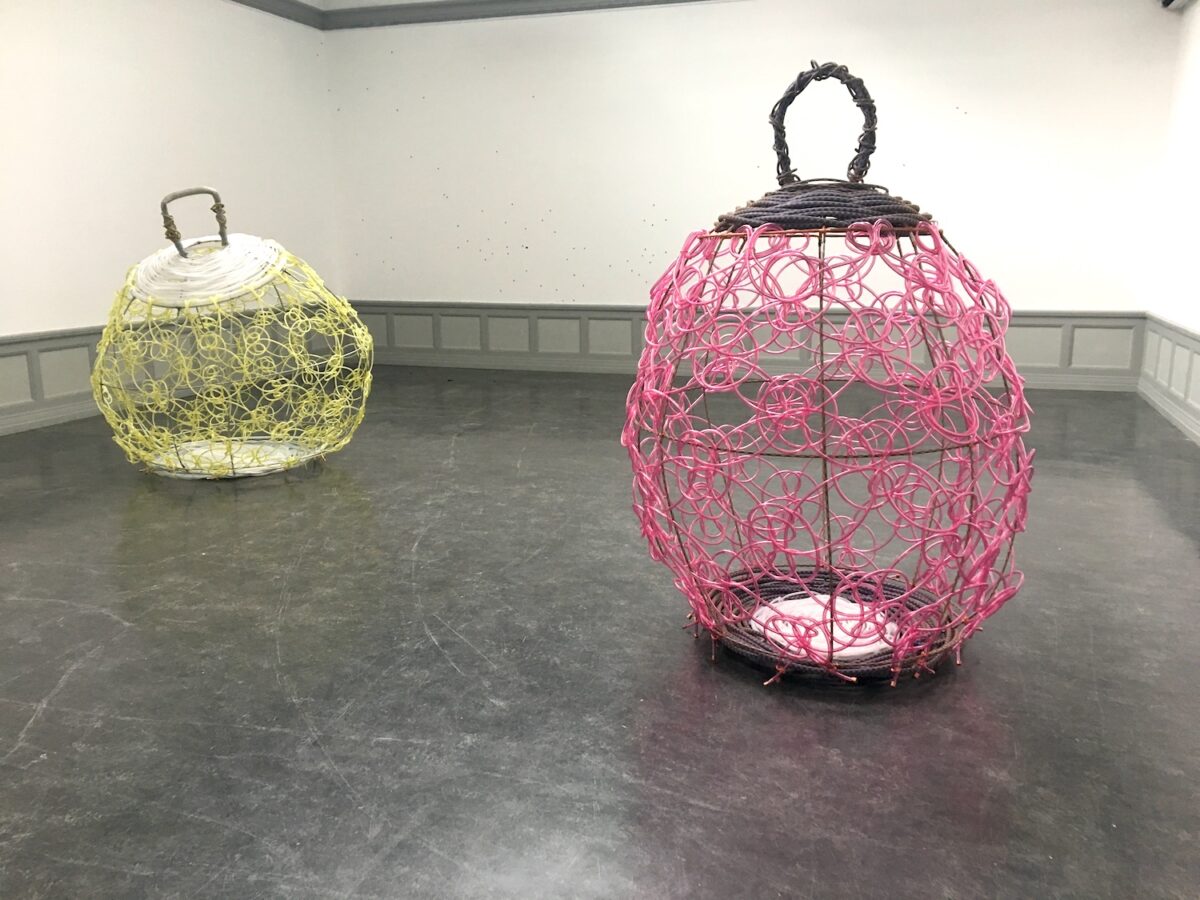 Violet Dennison The Knot Pieces, developed in Matera Residency, shown at Kunsthall Stavanger - Go and see her solo exhibition running till the 2nd of June 2019!

The Matera Artist Residency is a collaboration between Masseria Fontana di Vite and the gallerist Carl Kostyál.

The residency was founded to provide a space and home for visual artists from around the world to create art while experiencing Italian life. The residency offers these artists the time and place to retreat from the routines and pressures of everyday life within a unique geographical and cultural context with the added flair of the southern Italian hospitality.

Masseria Fontana di Vite is a boutique hotel located on a country estate close to the ancient city of Matera in the Basilicata region of southern Italy. The original Masseria structure, which is a fortified farmhouse typical of the area, dates back to the 18 th century. An expansion in 1816 by its original owners, the aristocratic Gattini family, saw the construction of a noble house residency, a warehouse with barrel vaults used to store wheat, and several rooms around the courtyard used as wine cellars as well as small storage depots. More buildings were added under the subsequent ownership of Giovanni Lorusso including a chapel, an outdoor oven, two large warehouses to store tobacco leaves, and “Lamielle”, which is a farmhouse characterized by small barrel vaults.
The artist’s studio is a spacious warehouse originally used to dry tobacco and stands as a truly incredible building. The many historic structures on the estate serve as an inspiration for the artists. In fact, the chapel was used by the first artist-in-residence Austin Lee in July 2018 for a ceiling fresco titled “I fiori del cielo”.

This contemporary site-specific work is a tribute to the spiritual architecture of the church and stunning nature surrounding the Masseria.

The artist residency aims to create a sculpture park surrounding the property and to become a destination site for the international art world in the hidden gem of Matera, the third most ancient city in the world, which is a UNESCO World Heritage site as well as the European Capital of Culture in 2019.

In 2018, the summer residency hosted Austin Lee and Gina Beavers during the month of July, while the autumn residency hosted Violet Dennison in September. The 2019 program will host two month-long sessions, one in spring and the other one in summer, with each hosting two artists per session.

I found the residency in Matera at the Masseria Fontana de Vite truly life-changing! The first couple weeks were a non-stop party, a bunch of artists came out for the draw jam and we went to Puglia to hang out and draw with them. It was incredibly fun, swimming, hanging out at the beach and drawing in the garden during the day.

It sort of hit me about halfway through my time in Matera, after the Draw Jam, that I really only had two weeks to make my own work, but I was able to work about 5 hrs a day at that point, a couple hrs betweenbreakfast and lunch and a couple when everyone was siesta-ing in the late afternoon. Dinner was usually not until 10, so the days felt amazingly long.

The studio was maybe not the most optimal, in terms of light and facilities like tables etc, and Austin and I kind of had to scrounge around for furniture in the barn to get set-up. And if you have definite materials you will need I would definitely work that out ahead of time, they do get Amazon deliveries there. Also, they are talking about renovating the studios, so maybe it will be a little more finished by next year. Having said that of course, the building we worked in, a giant old warehouse for drying tobacco, was a really incredible, gorgeous building in an of itself, so it was pretty magical to get to work in it, in any case!

The best part for me was getting to know Italy and oh my God, the cheese !! No but really, Fausta and her brother are really cool and beyond generous. She’s 33, he’s 30 and they are well-travelled, and cosmopolitan, so there’s a very new world/old world vibe happening there. She runs the hotel side, he runs the farm…

The area and the Masseria itself are beautiful. I was kind of curious driving in from the airport because this region is dotted with old factories and appears kind of run down and economically abandoned at first glance. But then Fausta would take us to the nearby towns and you realize Southern Italy has all of these ‘jewels’ in the form of beautiful, historic towns. Matera, Altamura, Taranto are so amazing and special ! Taranto has a really insane Archeological museum (MarTA) with TONS of amazing things, the town used to be part of Greece so there’s a lot of interesting overlapping history and fascinating objects there.

Also the beaches! We went to several beautiful ones on the Adriatic and the Ionian side!!! And the food and the coffee!! We had these long lunches and late dinners of the most amazing food !!! Most of all the people, they were so generous and adventurous and relaxed, really wonderful !

I think you would find a ton there to inspire you! And if not the pool is really lovely 🙂 I swam everyday! It was a really special time, I feel incredibly centered and peaceful after it, and I was already thinking how jealous I am going to be looking at other resident’s photos in the future !

In many ways the residency is more about learning a way of life than relocating one’s art practice. It is truly one of the most beautiful places I have ever been. Time slowed down for me. I was mesmerized by the strange landscape where snails grew on tall grass, the soil seemed volcanic, and ancient history embedded itself in the rock. Fausta, her family and friends were so incredibly open and generous. I loved getting to know all of them. I toured many different farms and nearby towns. I learned how to weave bamboo from a local man when I stopped by his home one day. The things I experienced and learned in Italy have influenced my work greatly. I will remember that time very fondly and of course the food is incredible.

Excerpt of Journal Entry constructed of pvc coated brass woven into knotted binary code translated from English and Lounge Chair. I have been working on developing a series of work which translates my memoir into a binary knot code. One of the initial inspirations of this is ancient knot systems, like the Inca Quipu. Some scholars believe that Quipu was one of the first forms of binary code, which is a two symbol system used by most computers. Others have described it as one of the first versions of artificial memory. While those types of knot systems create a language to be shared, in this work the information is structural and inaccessible. The weaving here was developed and influenced by Inca, Mexican, and then Italian weaving which I learned in a nearby town during my stay.

This particular sculpture is a translation of a journal entry I wrote at the Masseria and the lounge chair is also an ode to the location. It was woven together with Italian clothing lines.