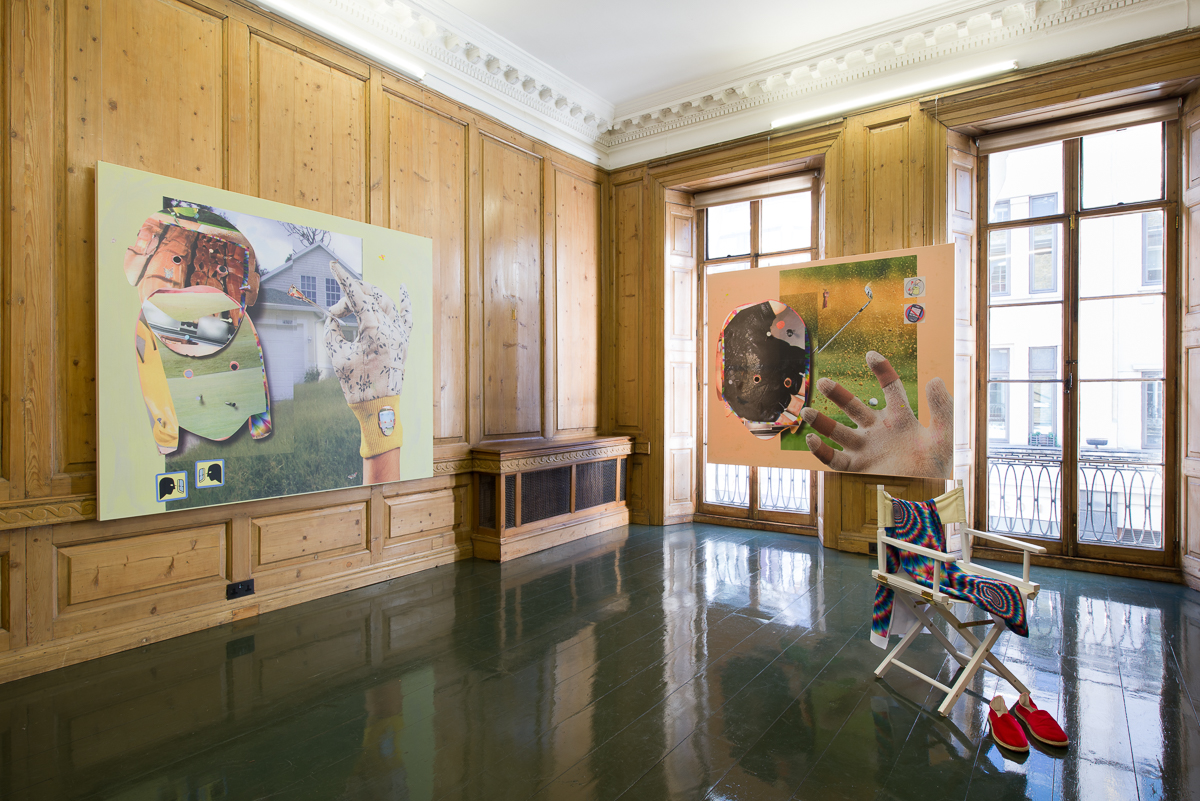 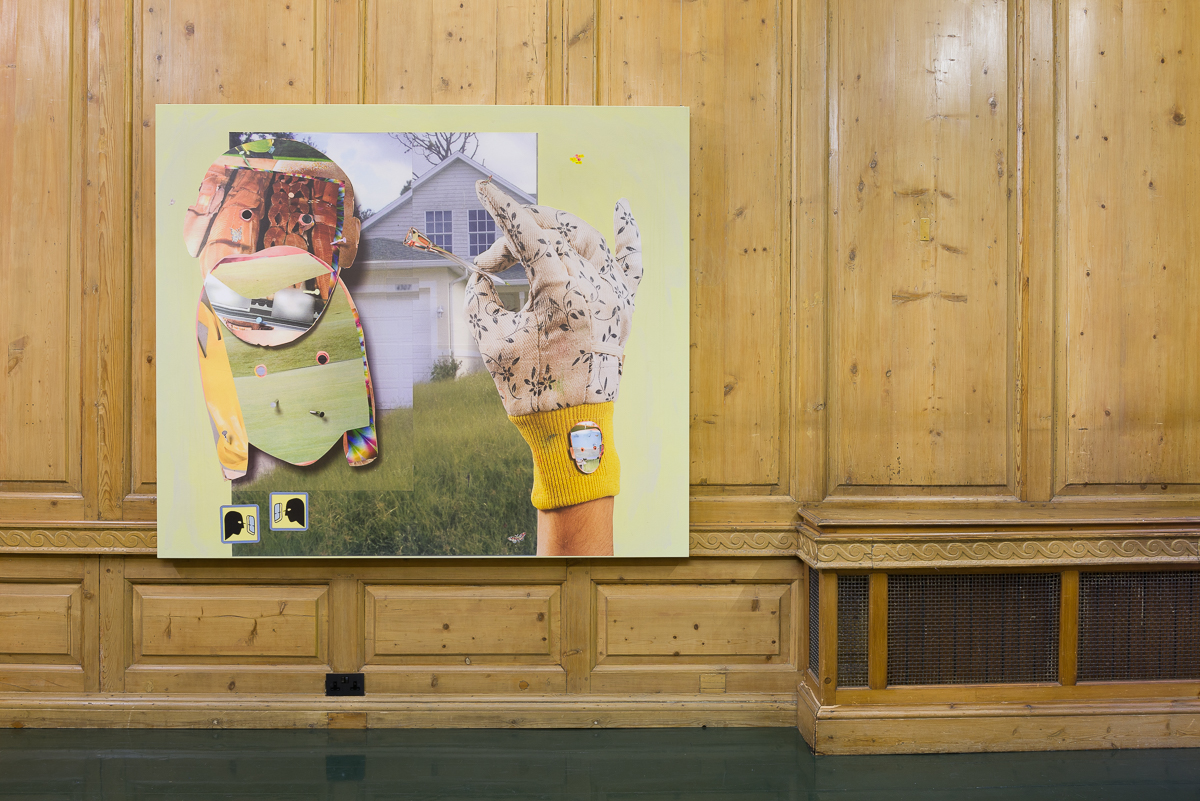 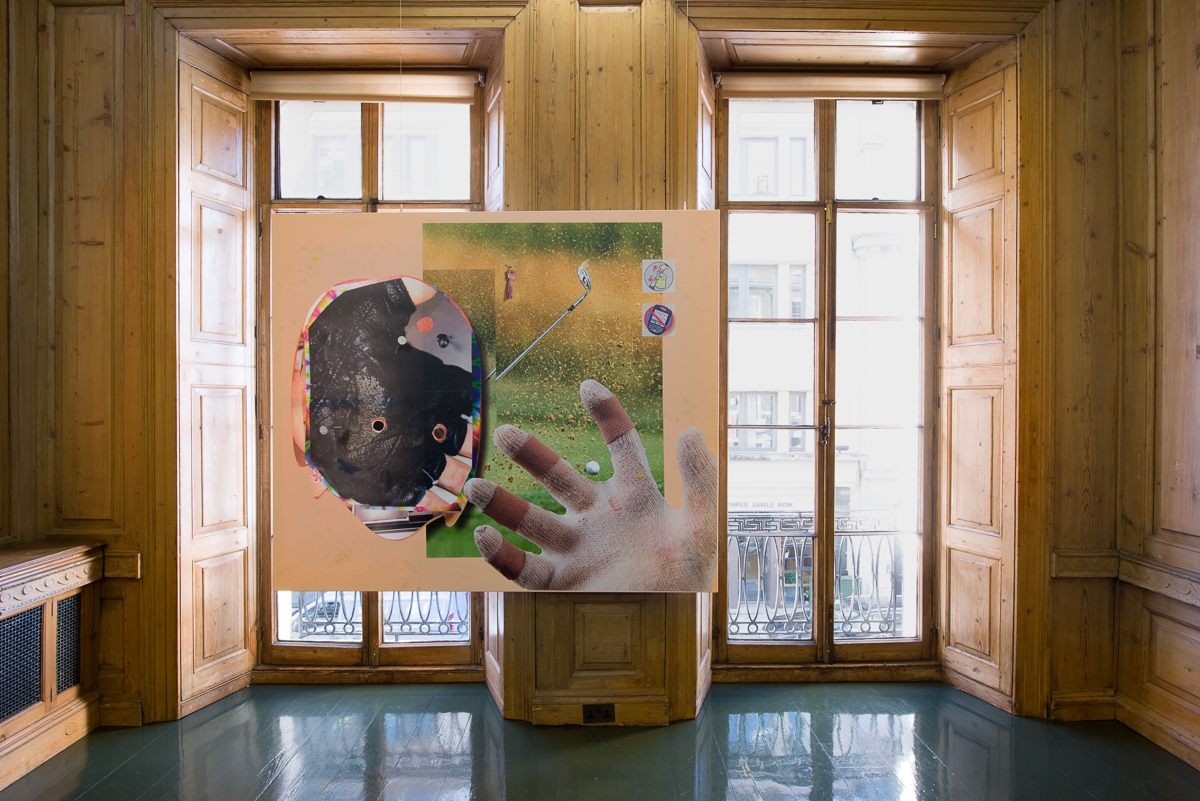 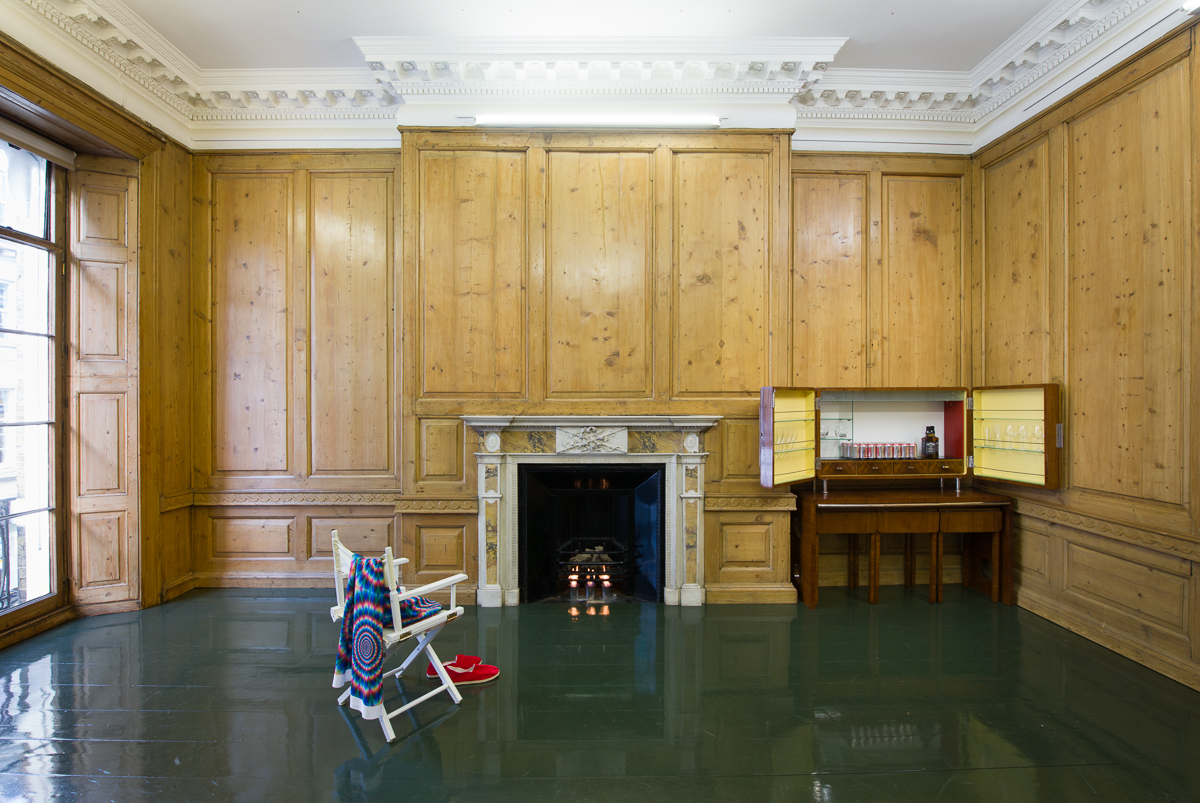 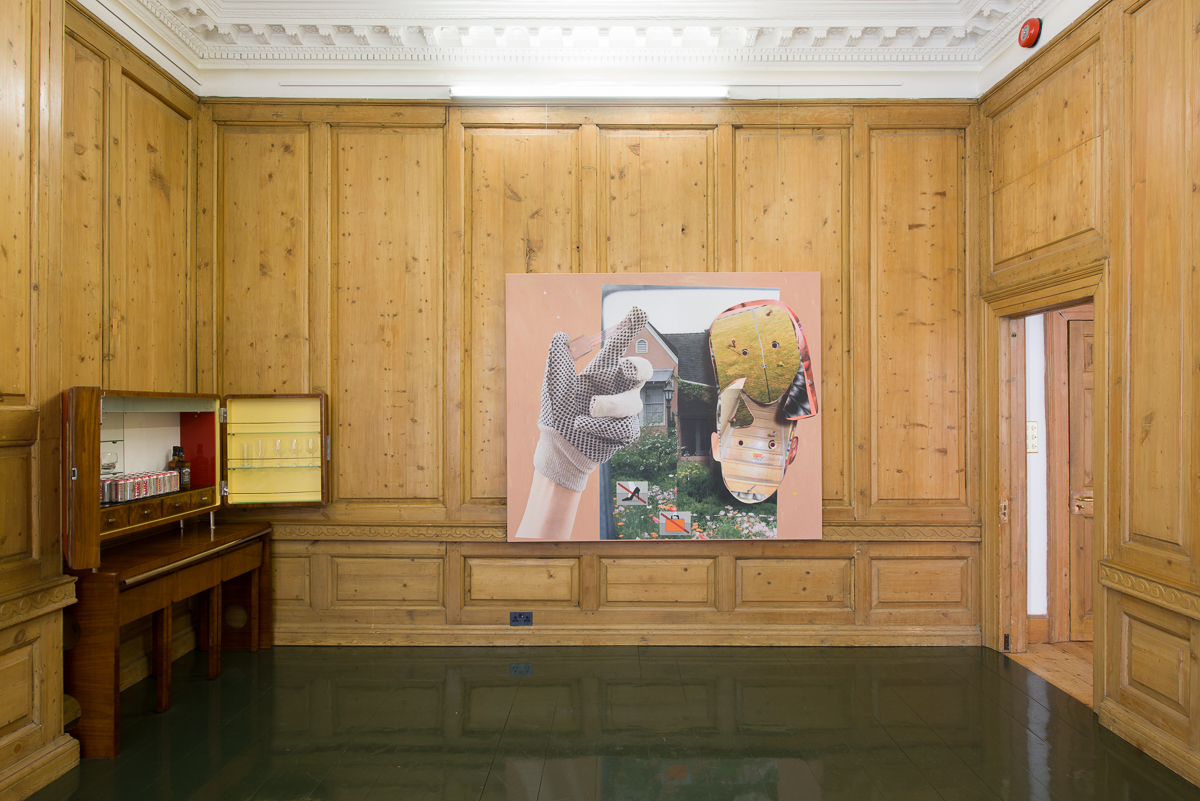 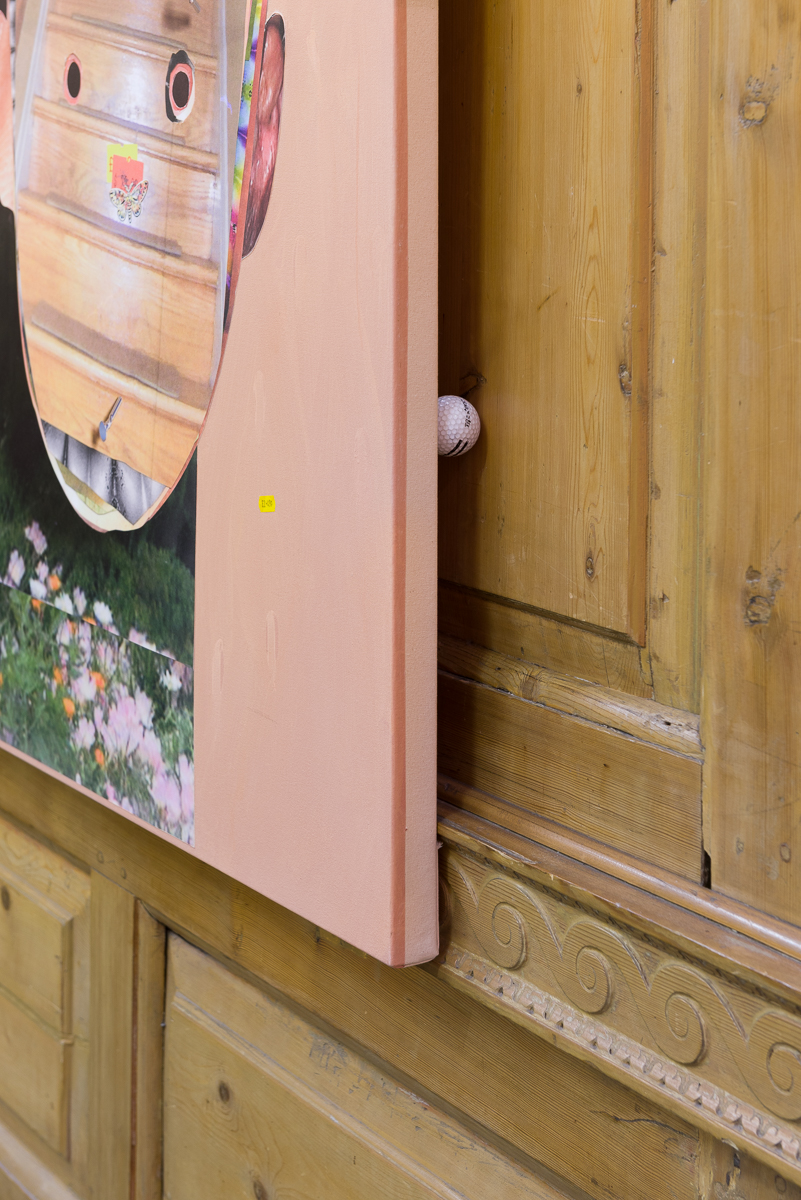 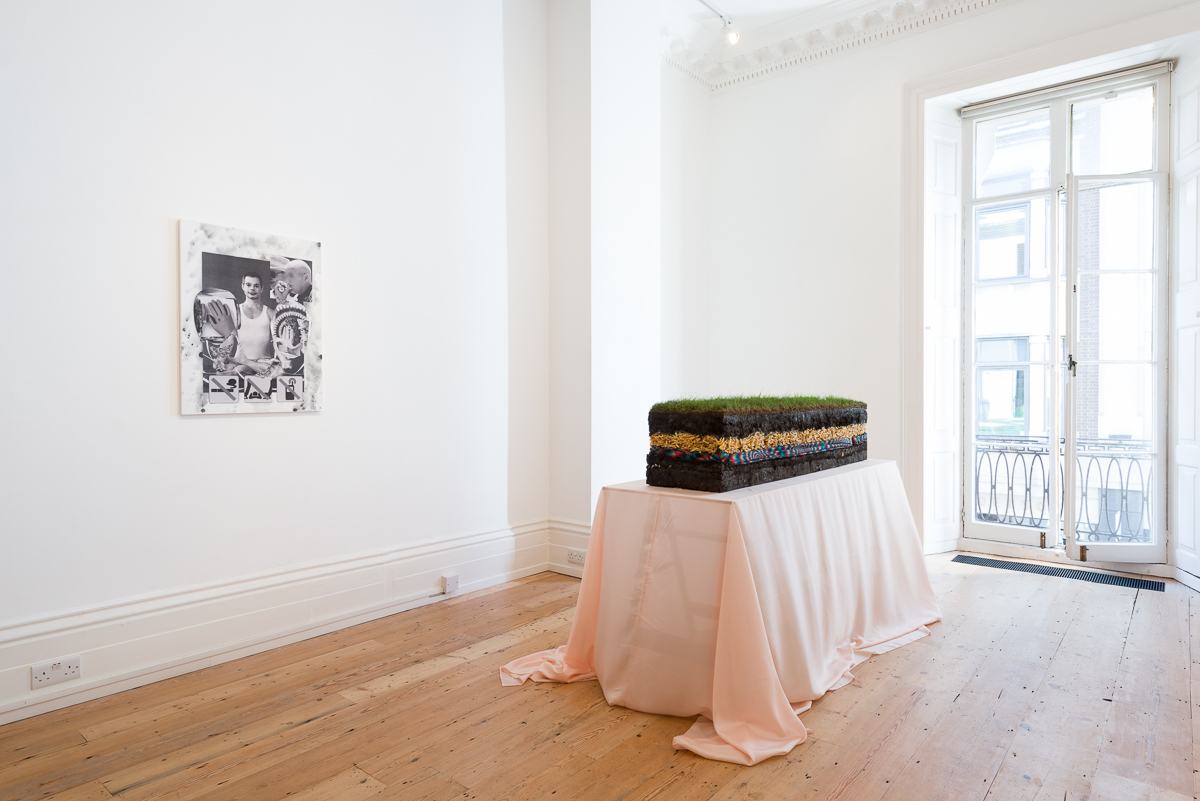 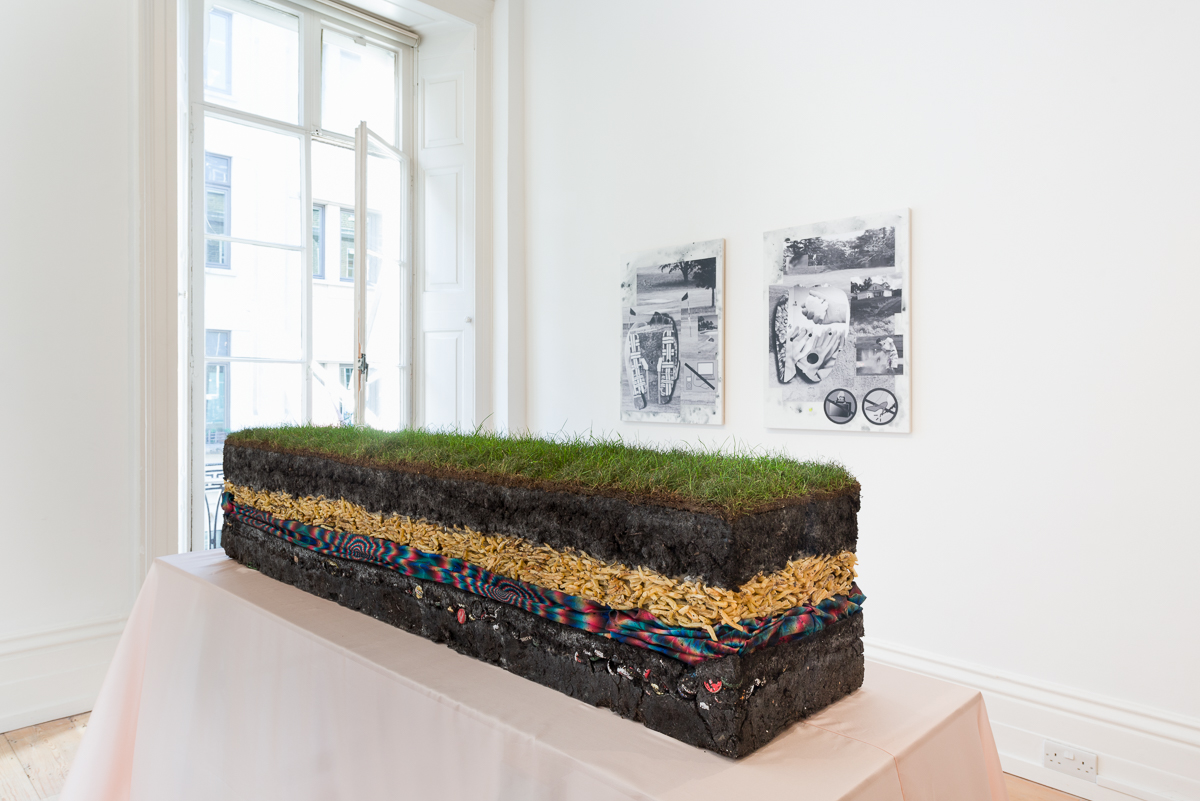 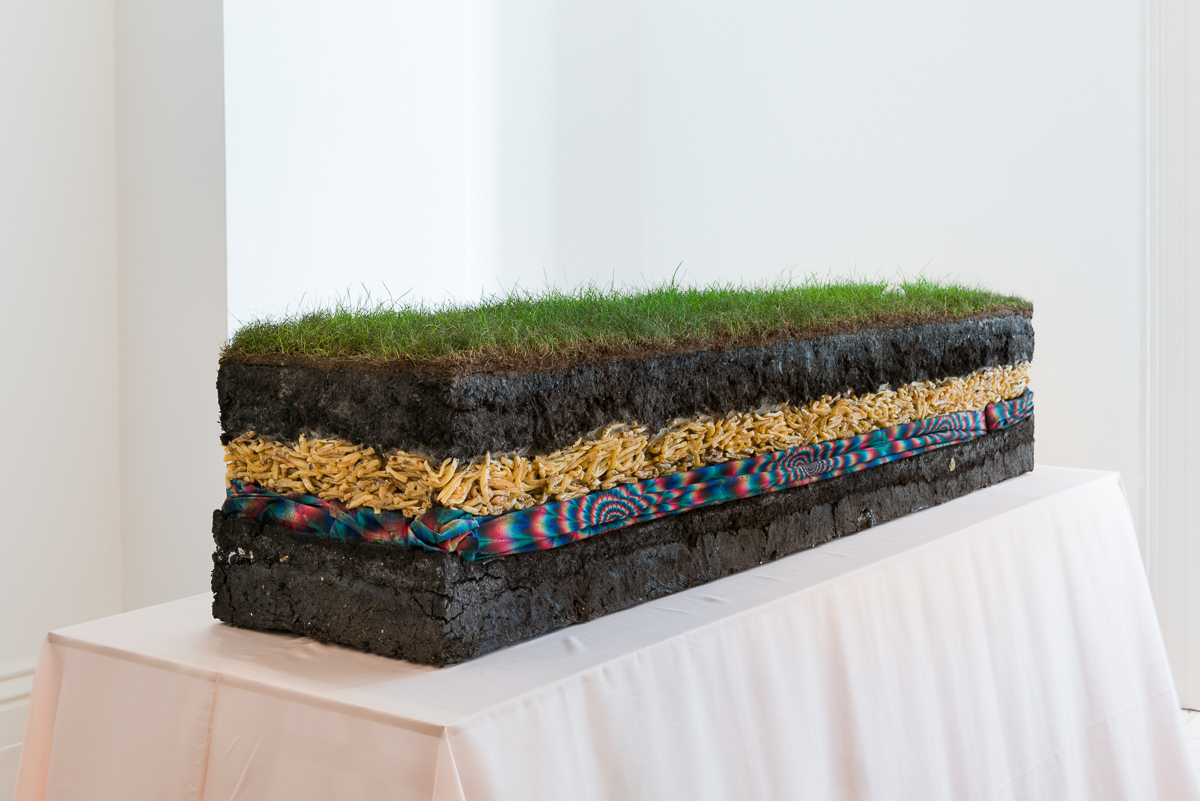 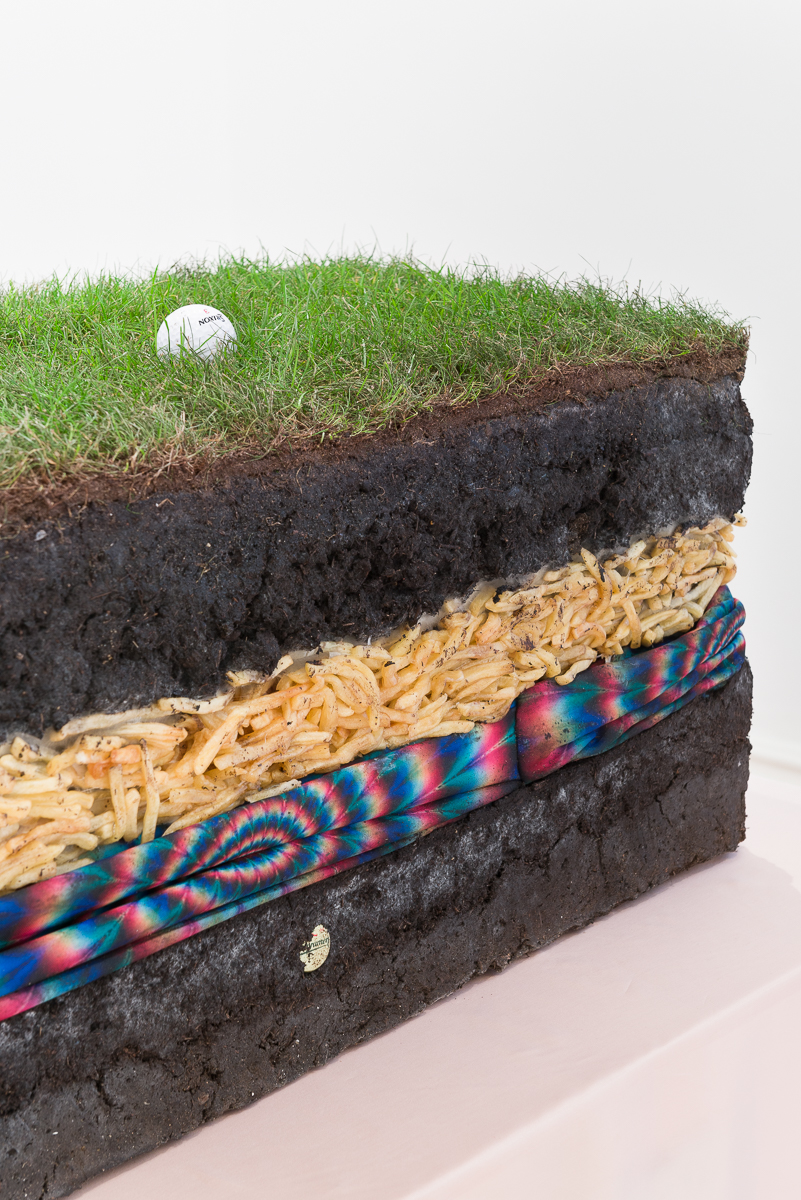 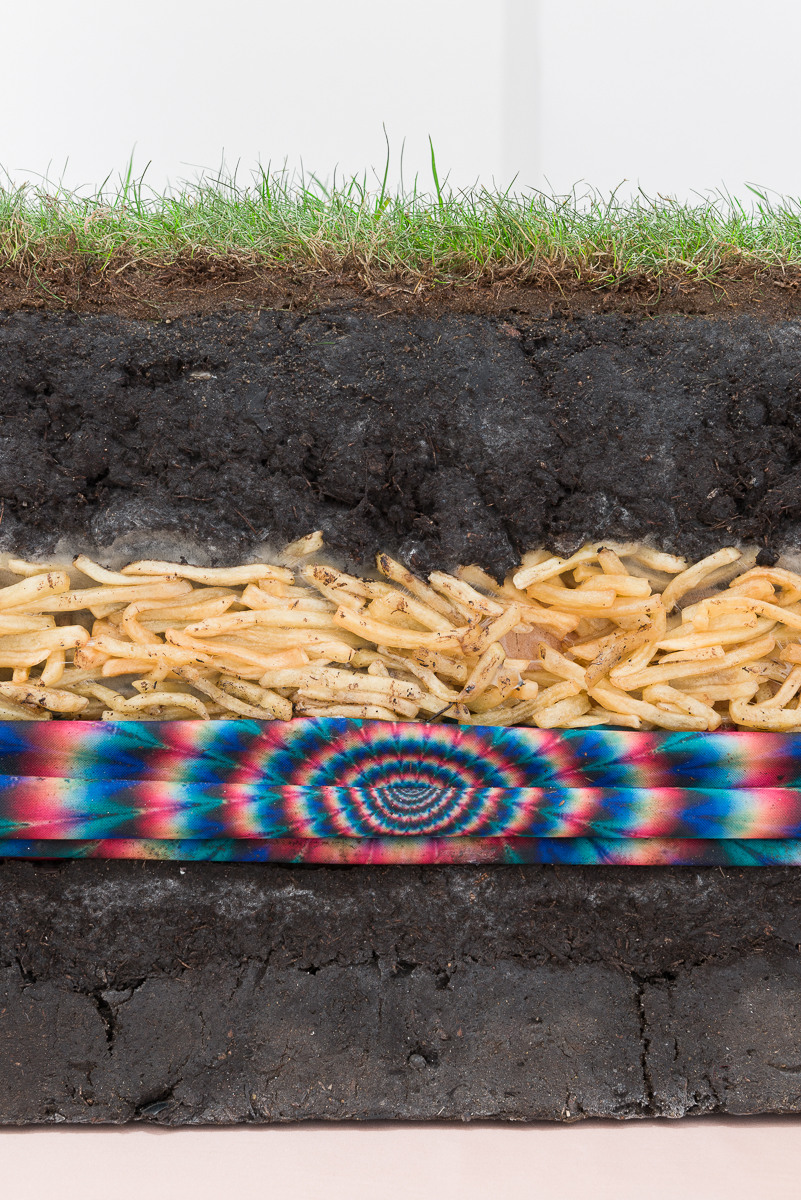 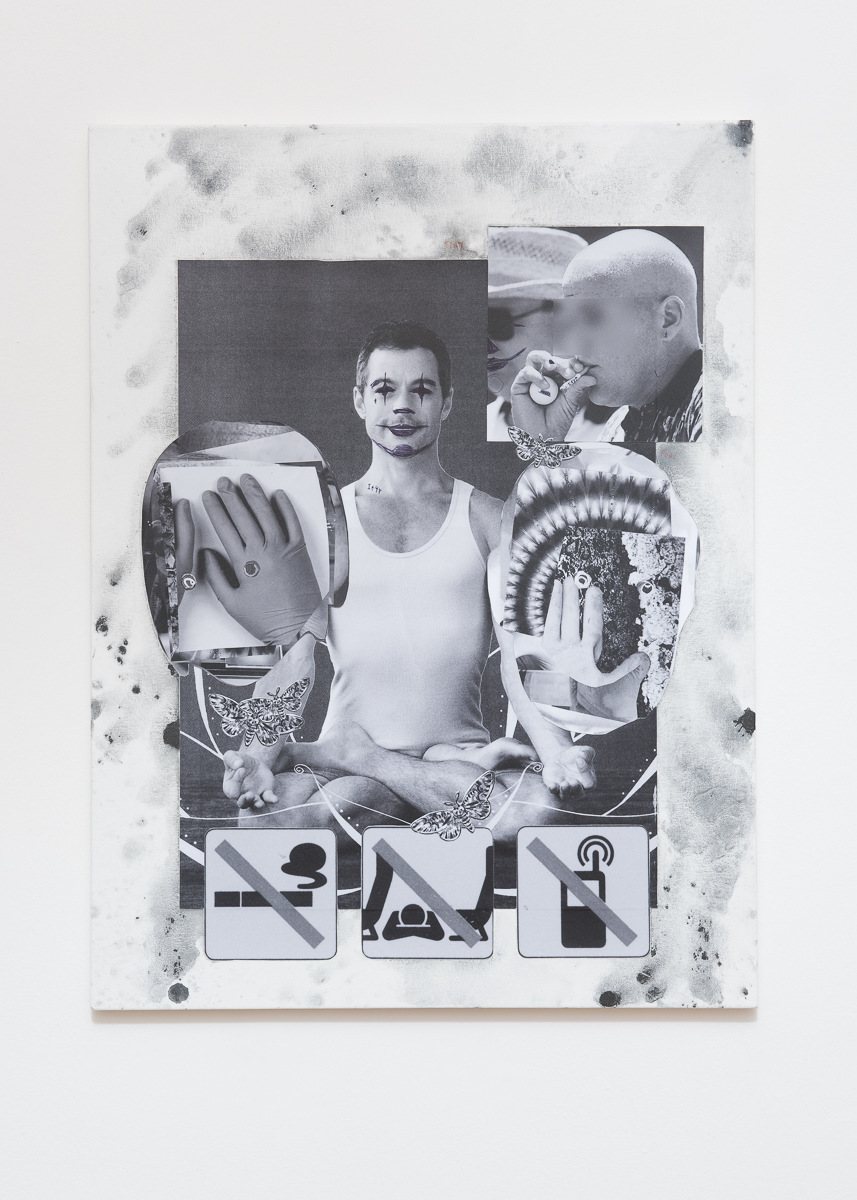 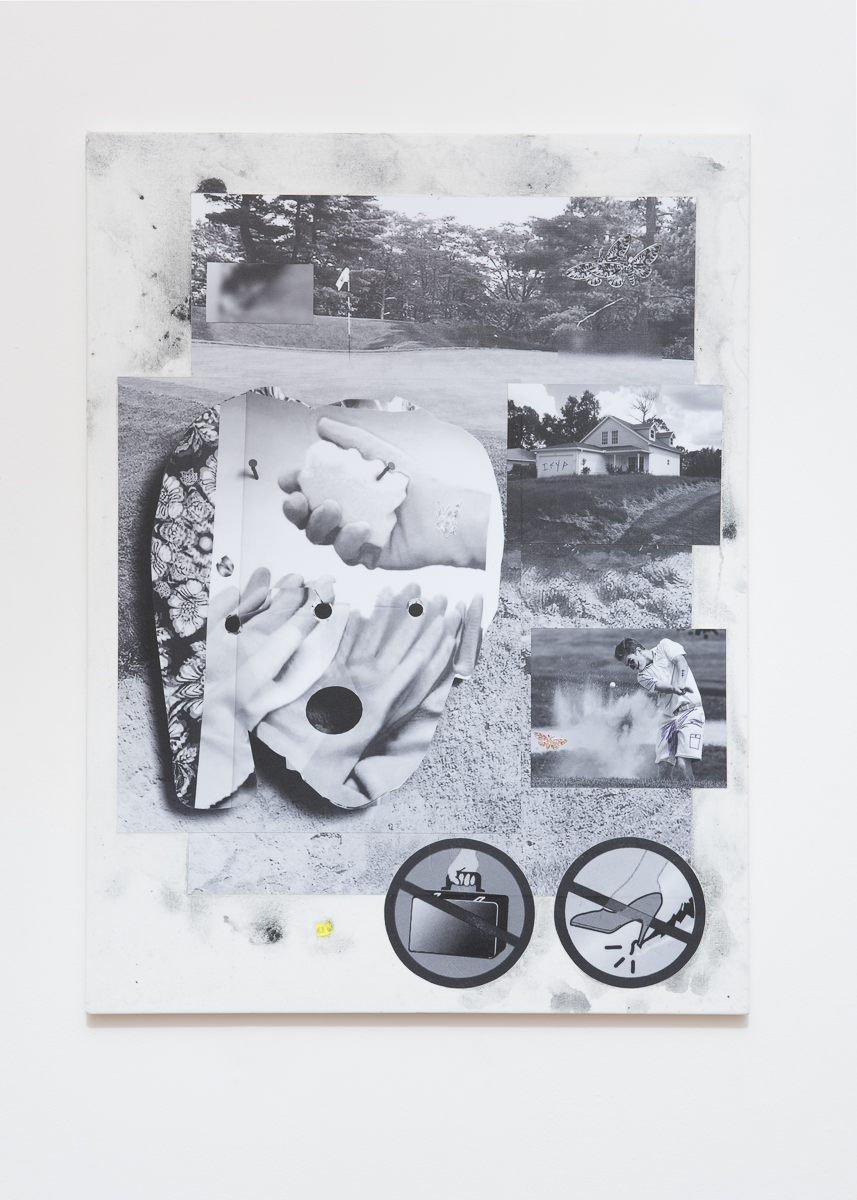 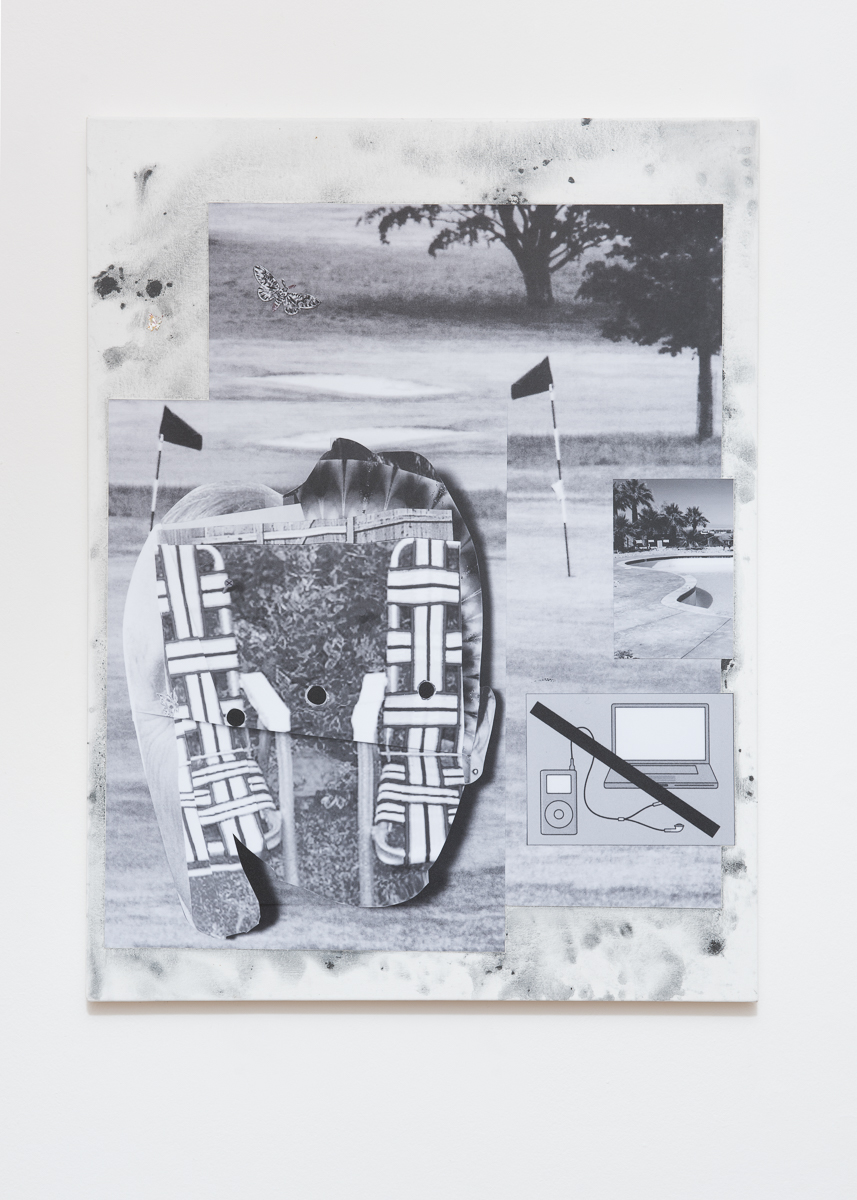 If you told me I could not change, I would never believe you; I have never experienced this kind of restriction.

The way we change most often, is through the way we present the images that represent us. We live in an era defined by image- sharing where people can see themselves, their friends, and total strangers doing almost anything, anywhere in the world, at anytime. With the ability to scroll through thousands of images, we can now look through massive personal archives whilst at the same time self-consciously curating our own representation by combining personal and appropriated images for the world to view and instantly assess.

Our generation is swelling with image-obsessed narcissists; We are a massive group of image-collectors who are drifting through image archives that over-saturate us. The information that is gleaned by millions to suit the pleasures of their voyeur seeps into our living rooms and creates fashion trends, pop-hits and meme-stereotypes, further shaping the collective-memory ofour ‘Odo- esq’ demographic.

I like golf, I watch golf, I wear cool pants and smoke zigz.

Our generation attempts to self-curate their subjectivity through images, always changing and updating how we are seen. This morphing leads to visual hallucinations, that the constructed self-over-the-internet, is an ‘original’ reflection; when in reality it is a continuously updating copy.

It would seem that what we live in, is an amalgamation of endlessly repeating styles born from images in which we copy from. We are finding ease in our dislocated self-image through the images and objects that we take to represent our identity; trying to connect the pieces so we don’t feel so alone. Trying to create ideal models of ourselves, by absorbing the things we want to feel closer to.

In a way, these images we look at and eventually reproduce, are so familiar to us. We have traveled through them, to know and eventually become them: My yard, my living room, my kitchen and my wife; my life.

Our contemporary position is one that is fundamentally fractured because of continuous identity crisis, and the concurrent regenerations of a self-image. Behind the act of taking objects that represent ones identity, there lies a wholly fragmented subjectivity. For instance, when original language has stopped being produced, what is being produced is simply new assemblages of already existing information and content.

We are remixes. Because of the speed in which images are gleaned and reproduced, new combinations are being honored as Original when they are only updates. The hallucination of ‘Originality’ is a dream state for the producer, a place where critical reflection is not needed, because another update will be made once the last loses its allure.

The voyeur does not spend time to critically reflect on archives, and thus themselves. There is only the progression of the archive because the new image and object is what is most desired. When pleasure in having the new is continuously granted by way of replacement, this is not ironic, this is our reality. When speed is met with more speed, the luxury of being a spectator is lost, there is no time to look out the window and enjoy the ride, through speed, we have lost the admiration for the beauty and originality we were once seemingly so desperate to obtain.

The vast flow of images and information that is gleaned from over the Internet, is regularly and selfishly homogenized to become reflections of individualism. This kind of remixing of information is an anti-shamanistic approach to understanding what you desire. Shamans will become whatever they need in order to access the object they wish to discover; to understand the face cream the shaman will act like, and mentally become the face cream. Oppositely, the anti-shaman will not change anything about themselves, but change the objects to suit their needs, they will manipulate information to congruently fit their understanding of self-pleasure.

The Granola hippy, ex-pat, coke-head, celeb-bred, Golfers are not dead, I saw one just the other day.

As Genesis Breyer P-Orridge would say, it’s all about getting away from this shit and just finding some kind of Love. But one crumb at a time.

Nicholas Cheveldave’s work utilizes a range of processes such as photography, painting, 3D rendering and sculpture that culminate in densely layered collages. His practice directly engages the conditions of our mediated present. Responding to the ever-accelerating surplus of commercial and social imagery, Cheveldave reflects on how contemporary identity is constructed in the wake of high-speed networks and image-sharing.

For Cheveldave’s solo exhibition at Carl Kostyál, he has responded to the wooden panelled Savile Row exhibition space creating a new body of 2D and 3D works that adopt a persona of Country Club golfing culture.

The drinks cabinet has been opened.

The fireplace is lit.

Nicholas Cheveldave (b. 1984, Victoria, British Columbia) is a Canadian artist living and working in London, UK. He graduated from Emily Carr University of Art and Design with a BFA in Visual Art and Critical Theory and continued on to Goldsmiths, University of London to complete his MFA in Fine Art Practice (2014). Recent selected group exhibitions include, NATIONAL GALLERY, curated by CHEWDAY’S at Grand Century, New York, November 2014, Basement Scene, Wood Mill, London, January 2014. Lost in Translation, curated by Victor Wang, ONO Gallery at UKS, Olso, March 2013.