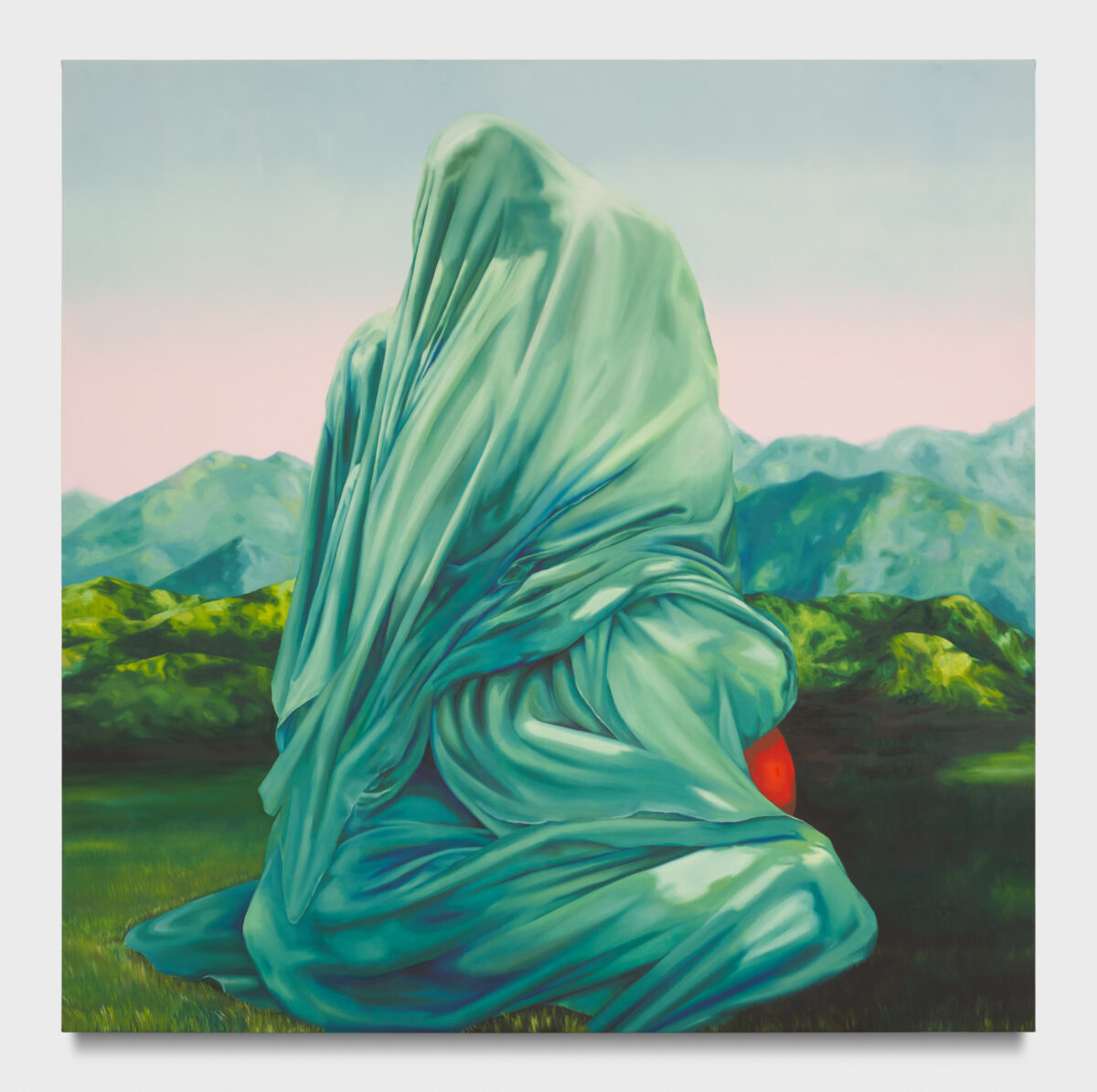 Carl Kostyál is delighted to present American artist Brittney Leeanne Williams debut exhibition
with the gallery at Stora Sundby Slott, the family seat of Mauritz and Ida-Sofia Klingspor in
Södermanland, Sweden. The exhibition will open with a private event hosted by the Klingspors
on Sunday 19th February.

Brittney Leeanne Williams transforms Southern California vistas into what she calls “emotional
landscapes: representations of psychological states, memories, and emotional ties,” often
staging a red, bent figure in tableaux where the natural world and architecture merge and
echo. Williams’ female forms are frequent conduits for her exploration of feminine and Black
identities.

This exhibition features all new work, much of it in conversation with the interiors of Stora
Sundby. An ardent colorist, Williams strategically deploys the work within Stora Sundby’s richly
colored rooms, activating complementary or contrasting relationships. The centerpiece of the
exhibition, the Interruption series, riffs on neo-classical figurations of statuary and drapery.
The disruption or break referenced in these canvasses operates on the level of the picture
plane, and thematically as the dramatically cloaked figures are split through unseen revelations.
Inspired in part by depictions of the biblical story of Jacob wrestling with the angel, the drapes
in these images radically disrupt the relationship between the figure and ground, foreground
and background. The exhibit further enacts an interruption of the space by introducing
Williams’ signature red-coded Black bodies into a portrait hall historically dominated by White
bodies. Rather than suggesting a conflict in placing the work in this exclusive space, the work
teases out the tensions between traditional artistic practices and the subjects they depict.

Brittney Leeanne Williams (b. 1990, Pasadena), lives and works in Los Angeles. She attended
the School of the Art Institute (2008) and Skowhegan School of Painting and Sculpture, and is
a Joan Mitchell Foundation grant recipient.

Williams’ work is in various public collections including the Columbus Museum (Columbus, GA);
Domus Collection (NYC/Beijing); the Museum of Fine Arts (Houston), and the HE Museum
(China).