Palladino attended the California College of Arts in San Francisco, CA. Over his career, his focus has oscillated between two different modes of creation: hand painted watercolours on paper and three dimensional wall sculpture incorporating computer aided design and production.

“The work of Matthew Palladino has been undergoing a cyclical evolution over the last few years, as his painting and relief sculpture have engaged in a binary orbit around each other. Much ado has been made of his pop-drenched, three-dimensional creations that regularly parody reality, both in content, as well as portrayal in their medium. The outcome of his blurred boundary feels akin to being stuck in a Duchampian vacuum; an objective sensibility is questioned through a series of manipulated readymades, steeped in irony and a deviant sense of humor.” Juxtapoz, 2018

His work is in the collection of The Whitney Museum of American Art. 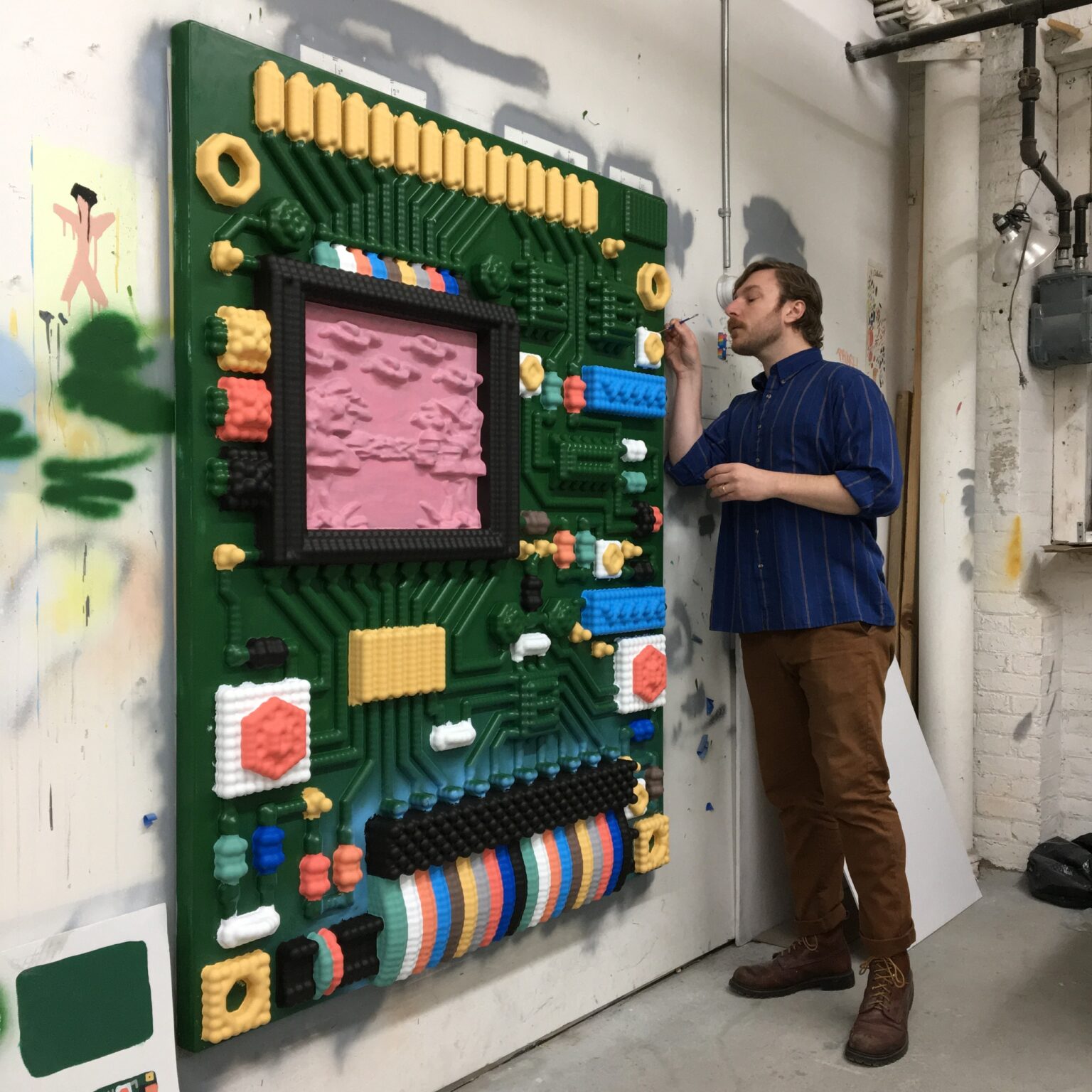