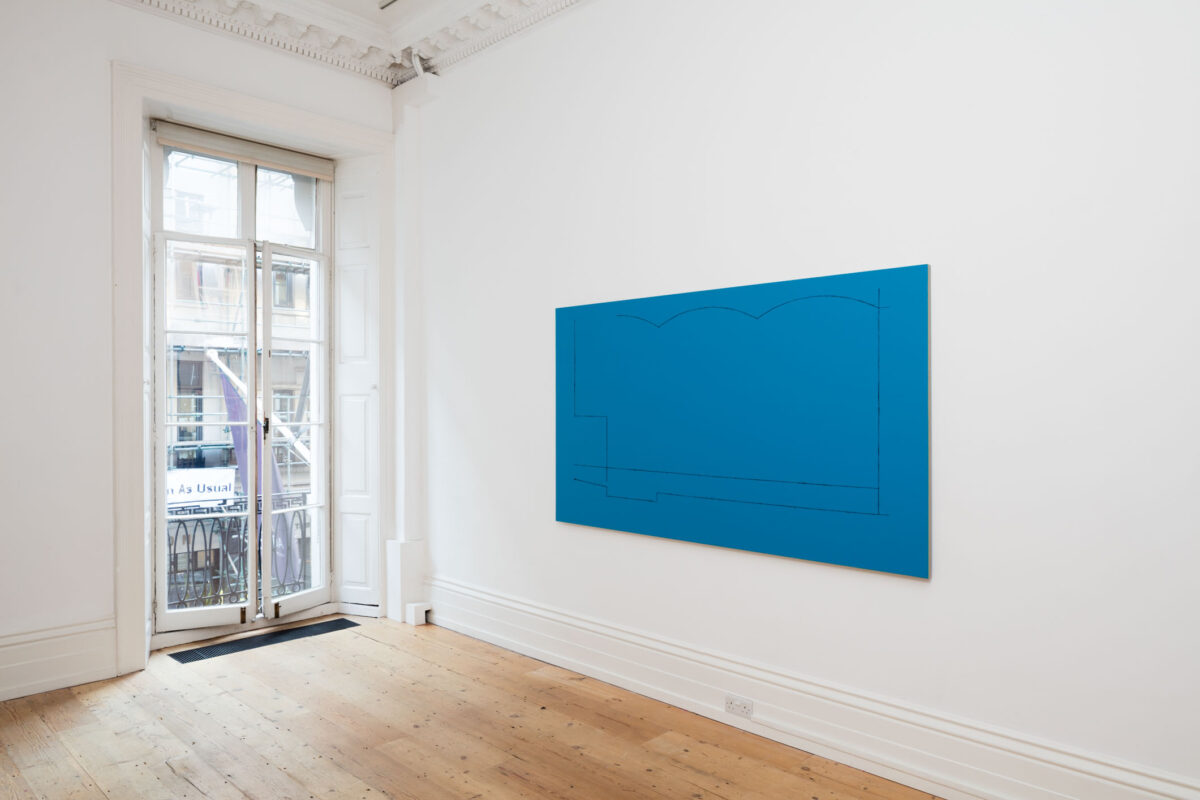 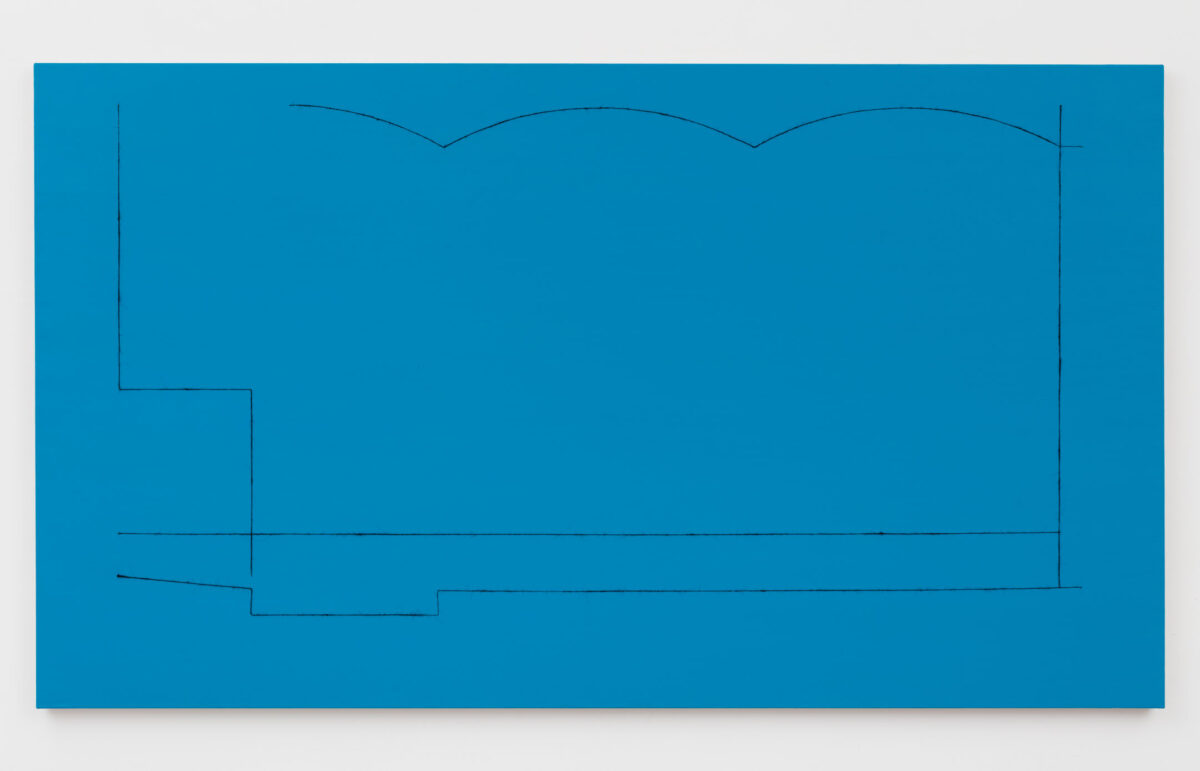 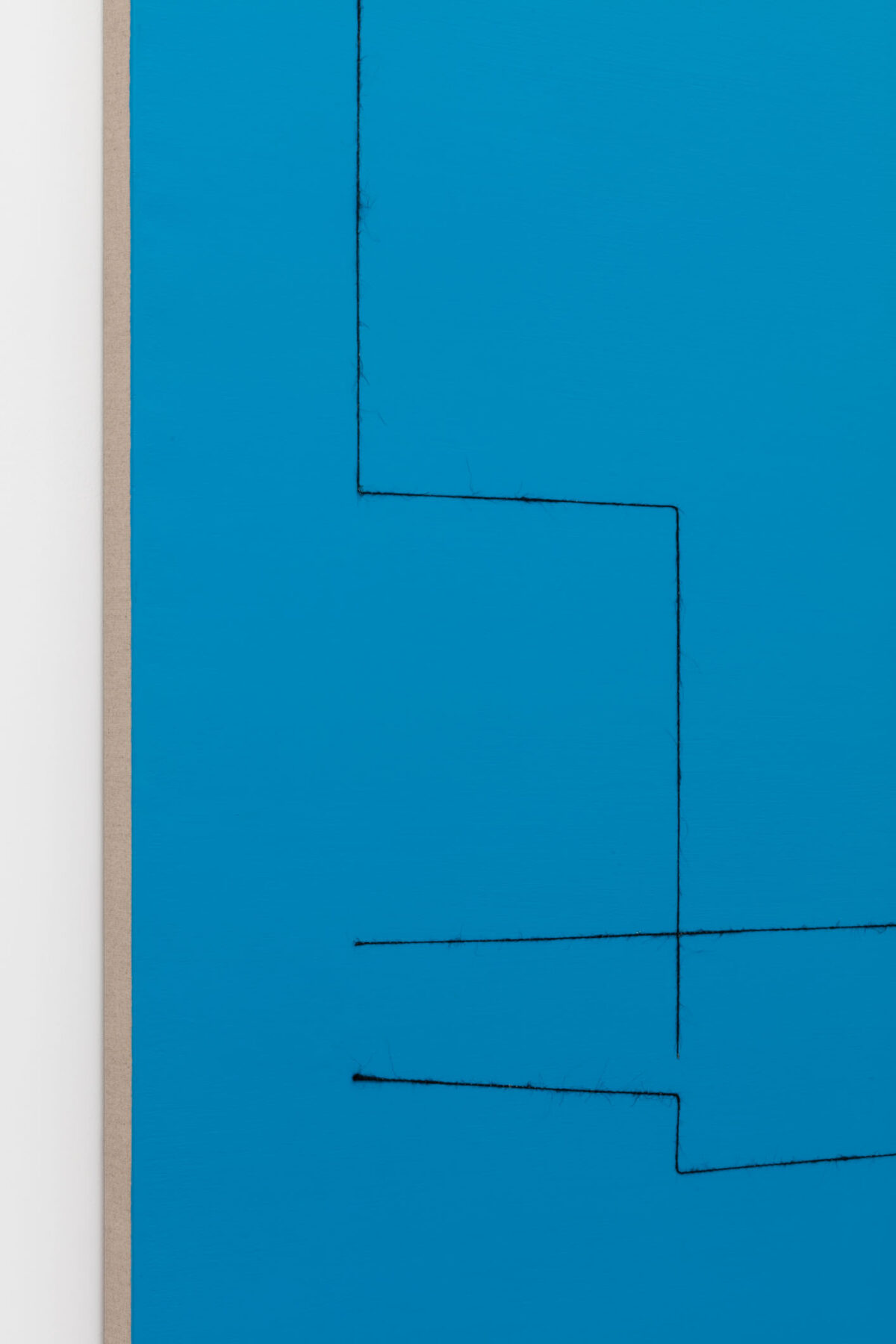 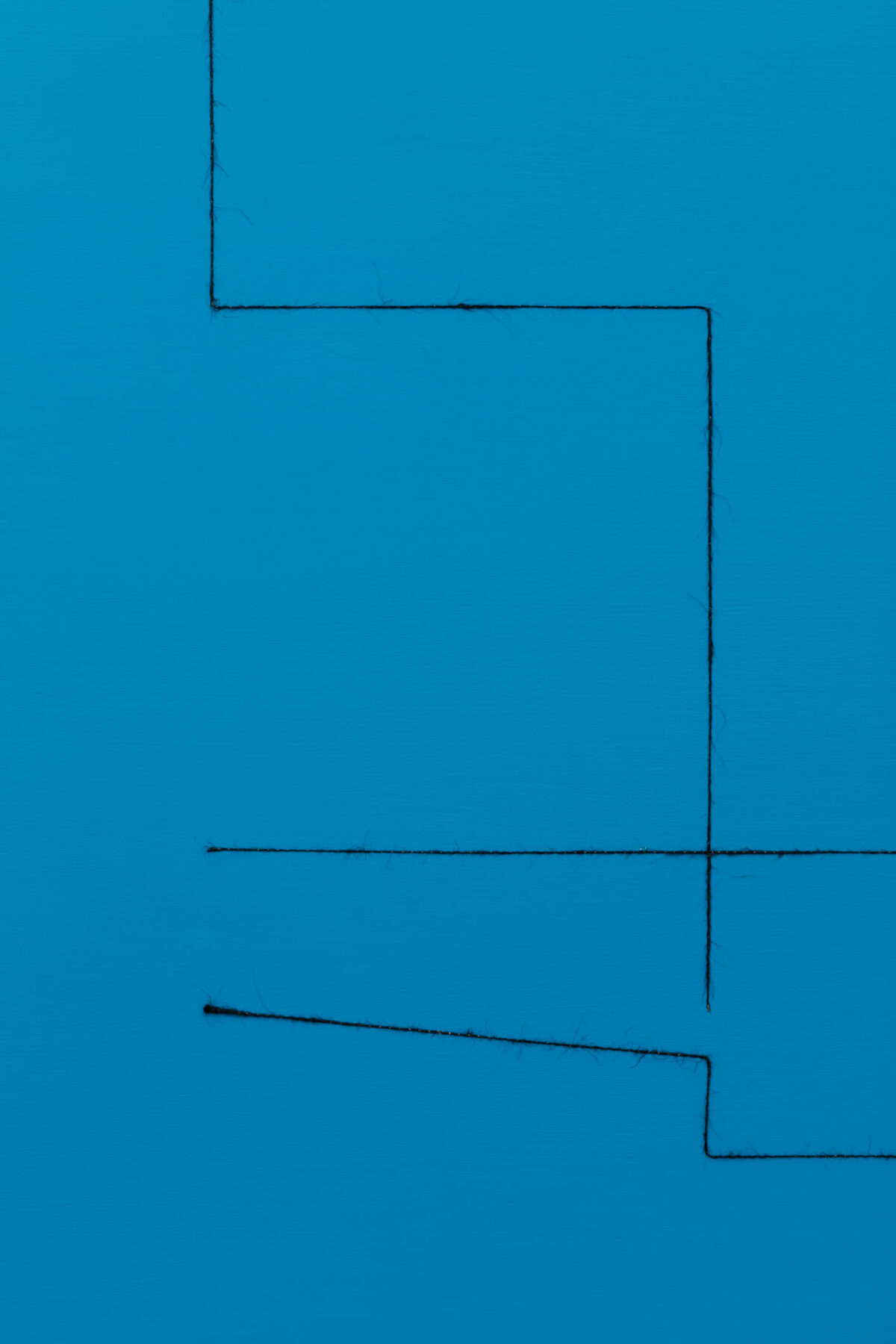 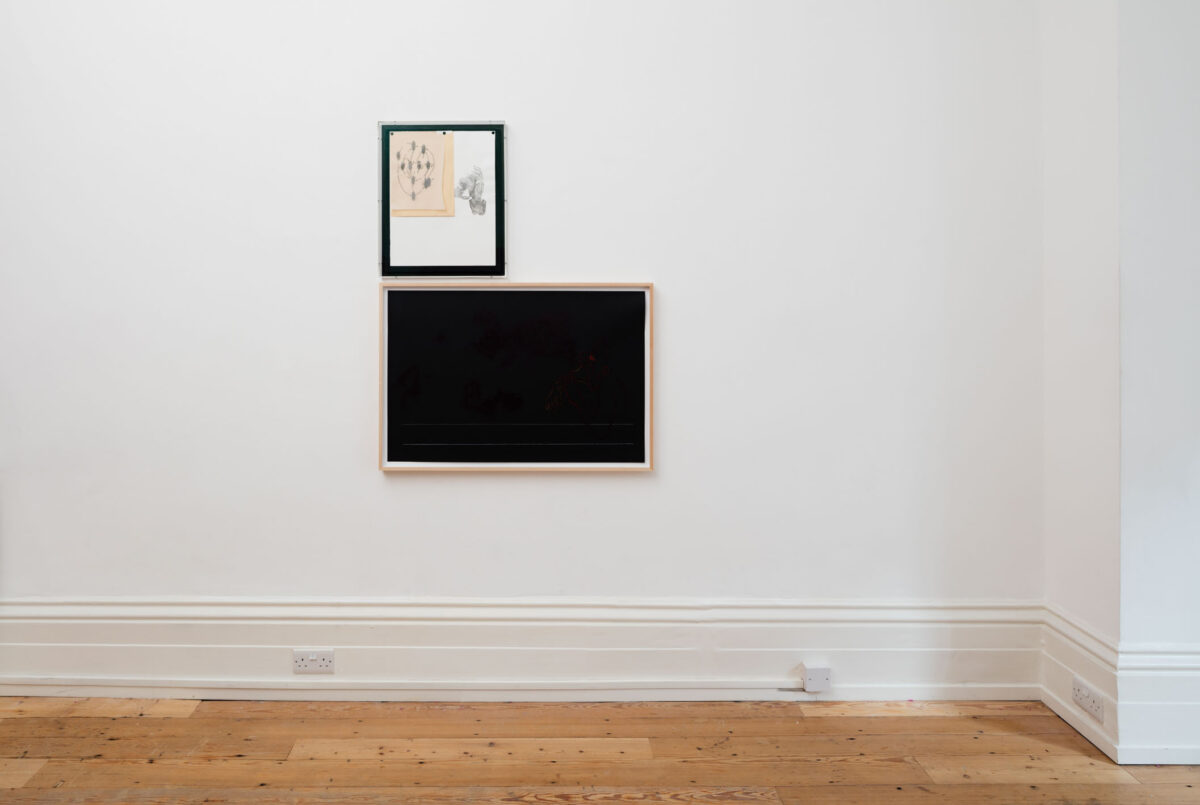 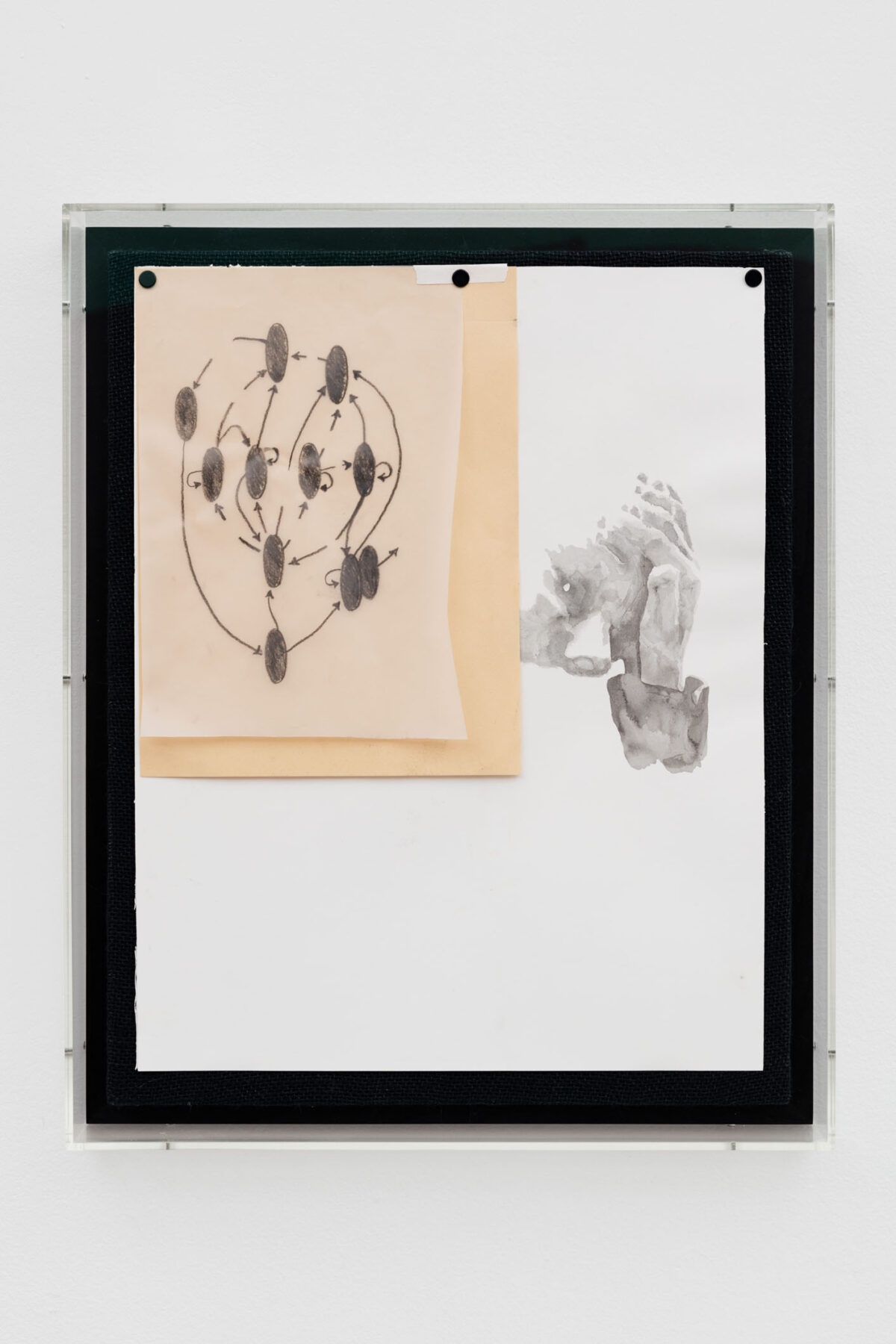 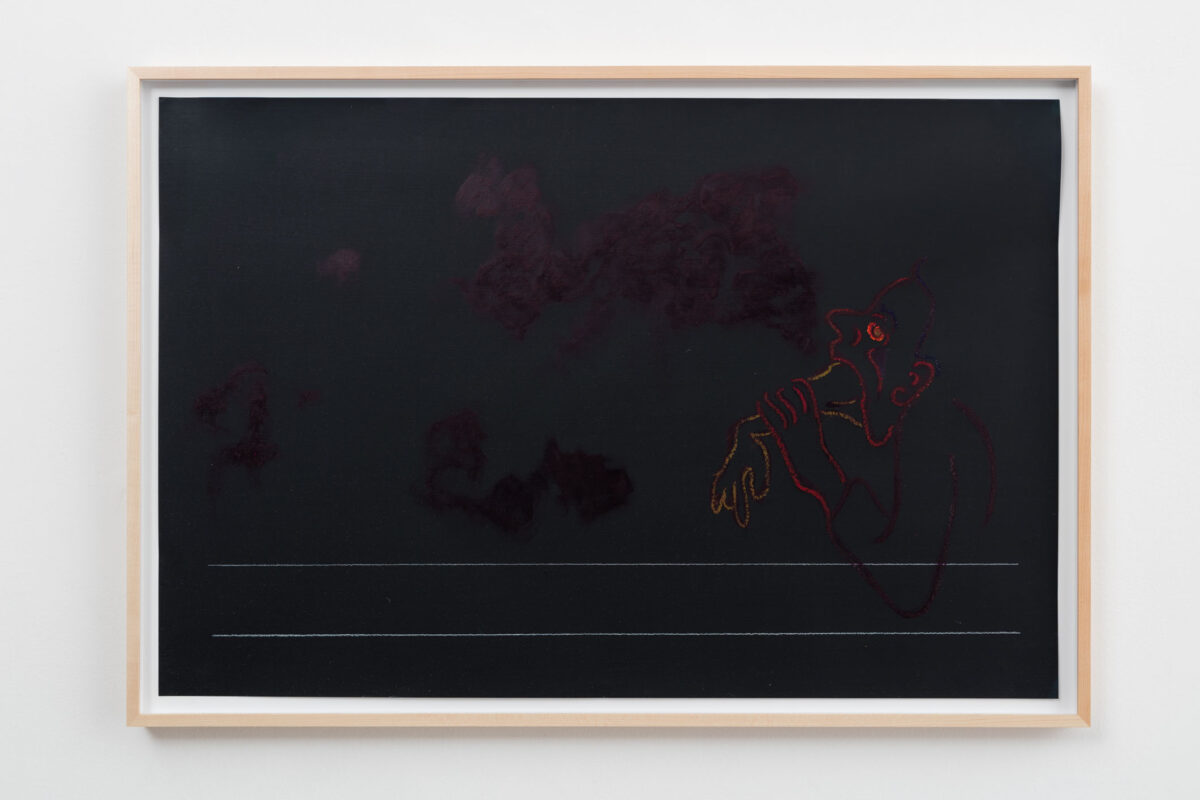 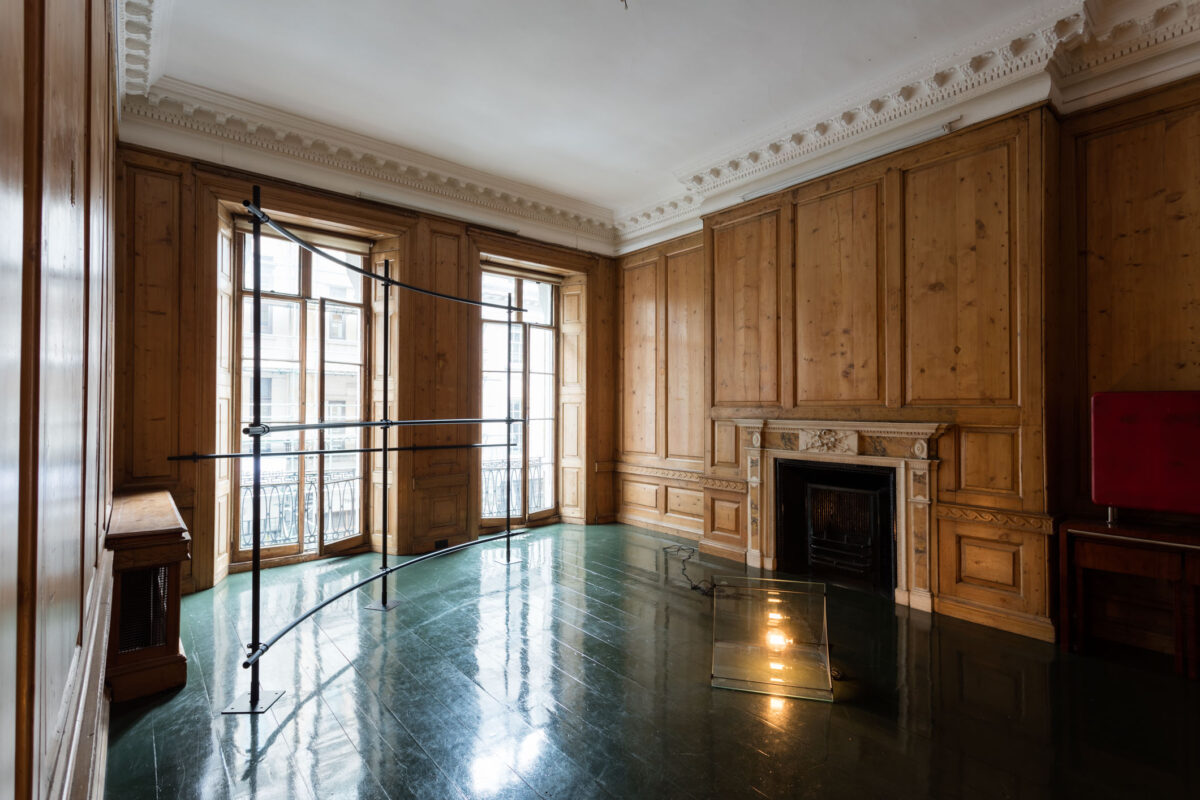 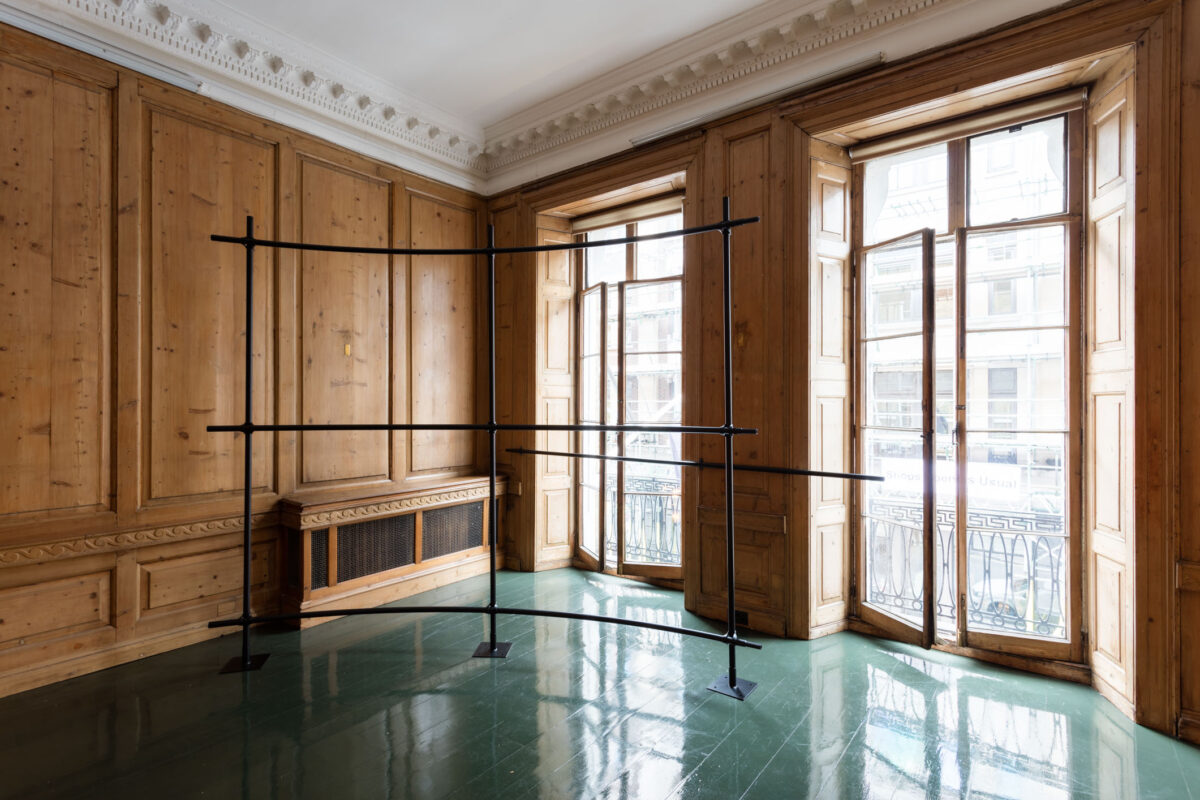 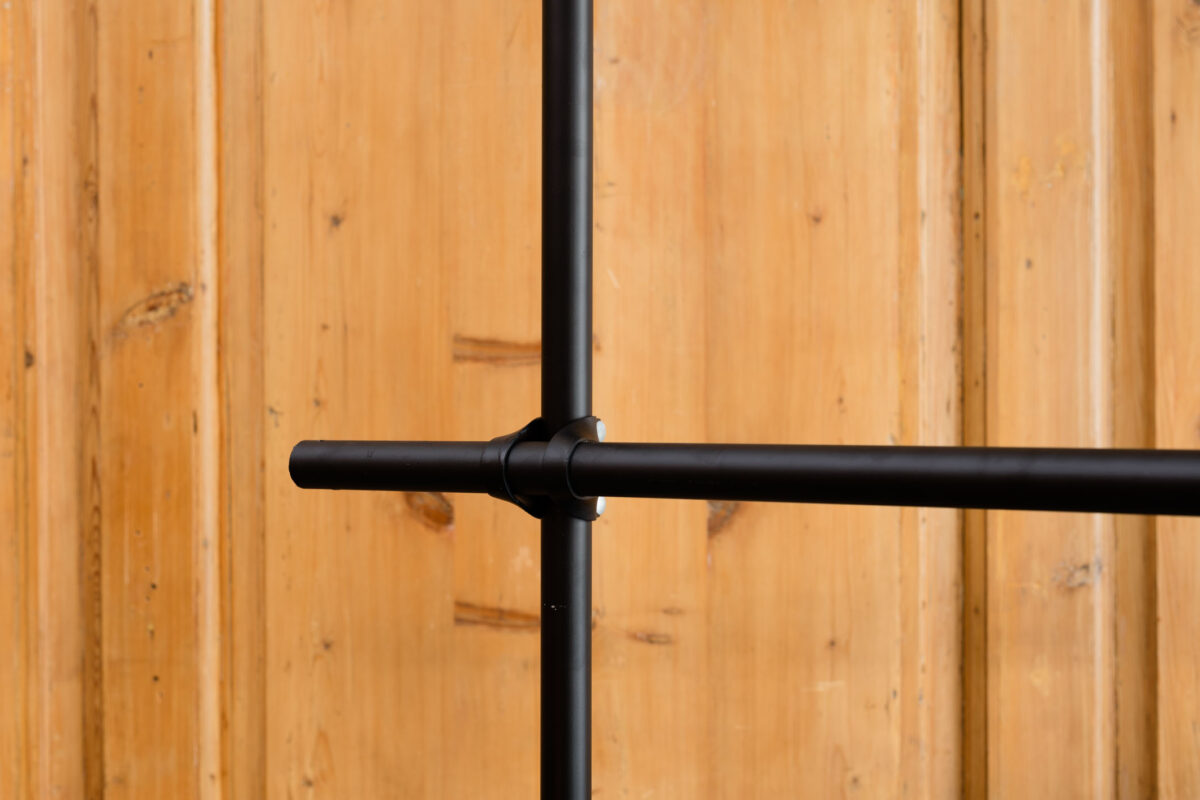 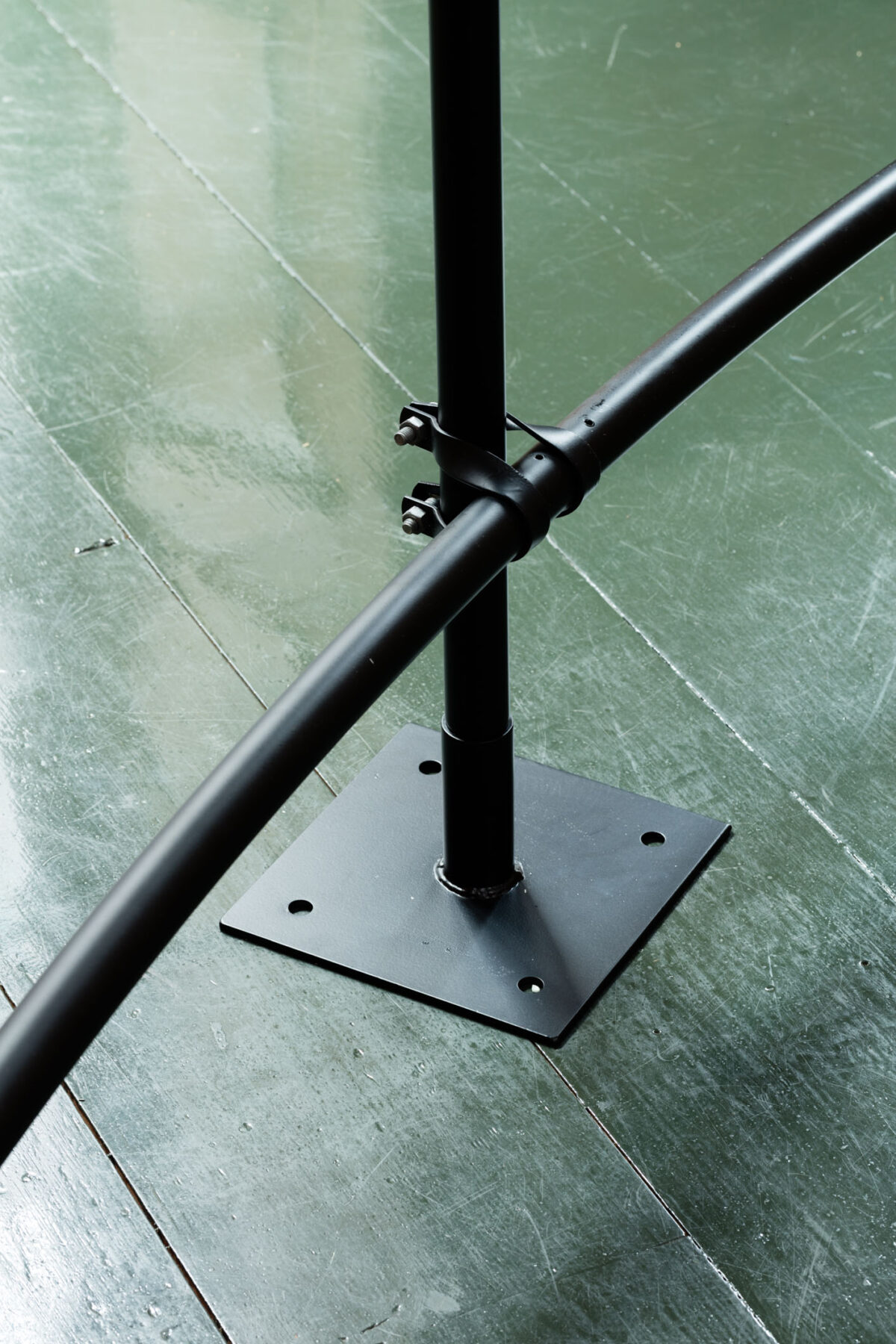 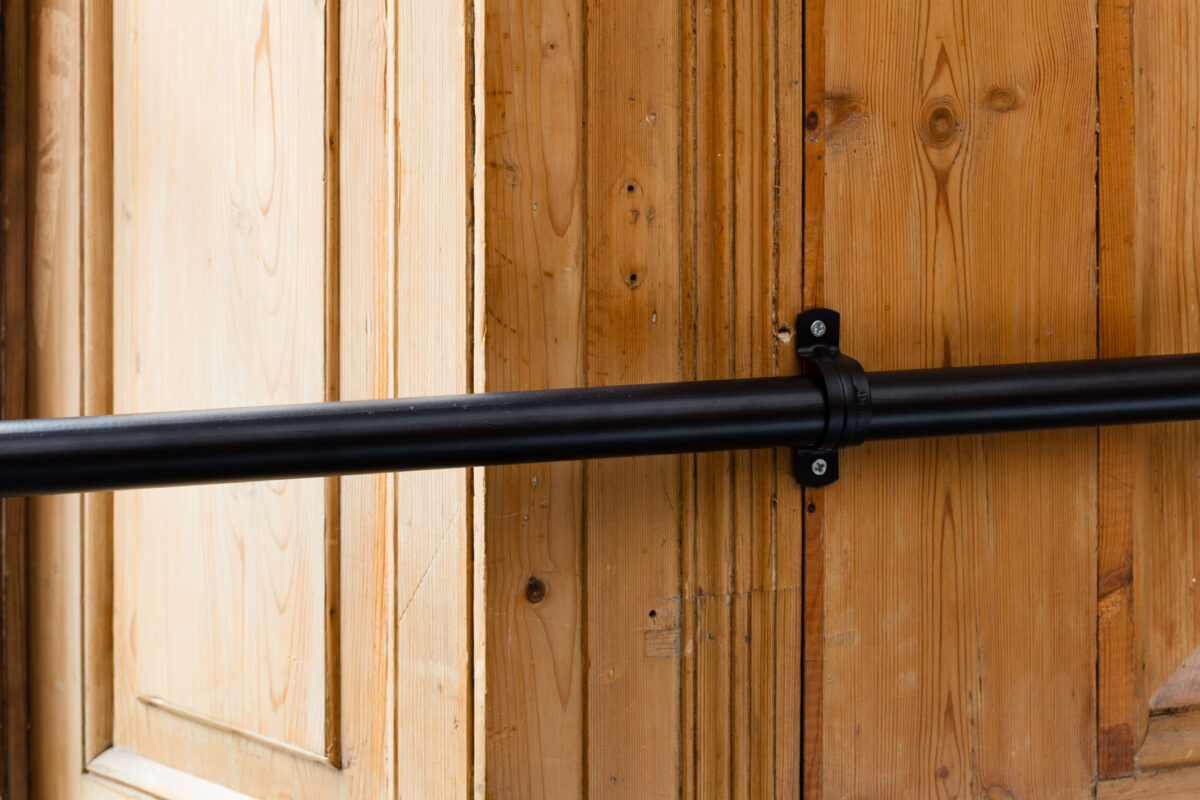 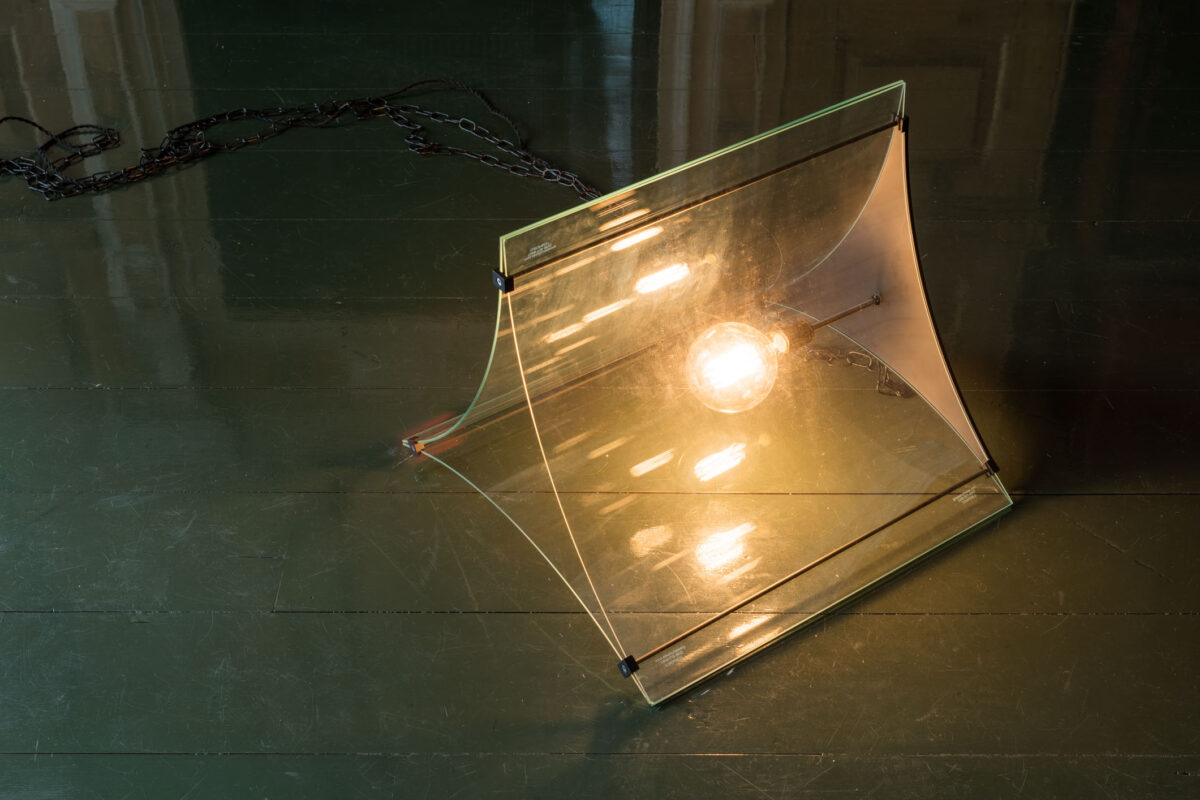 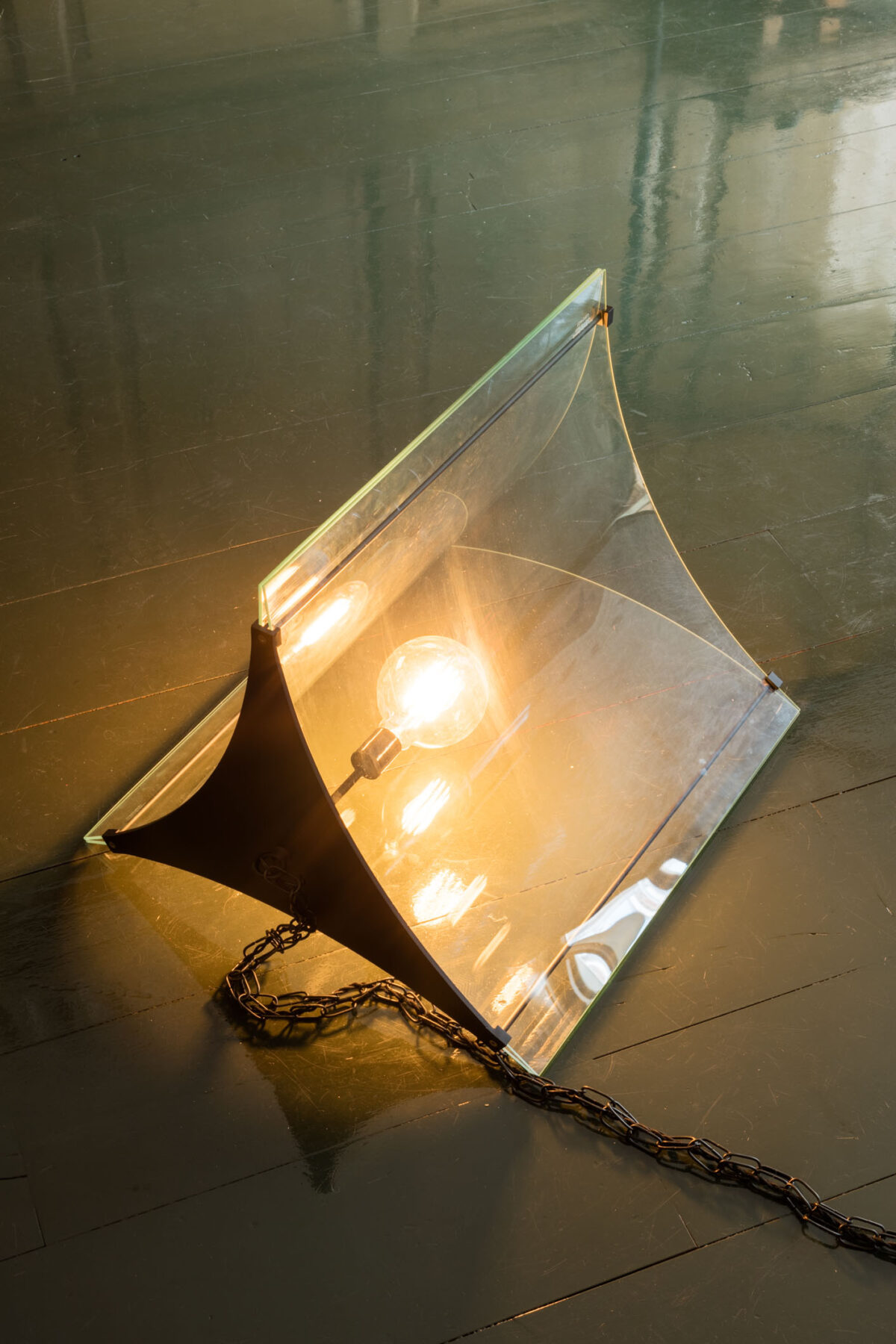 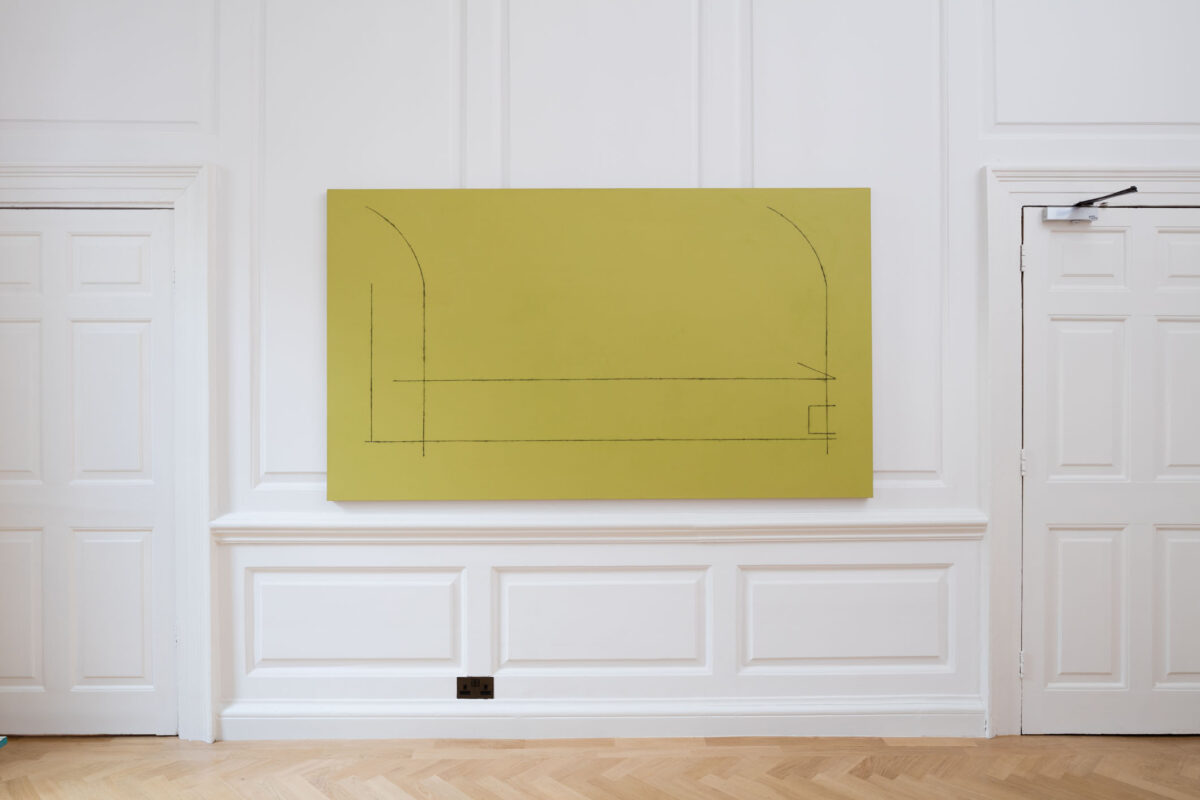 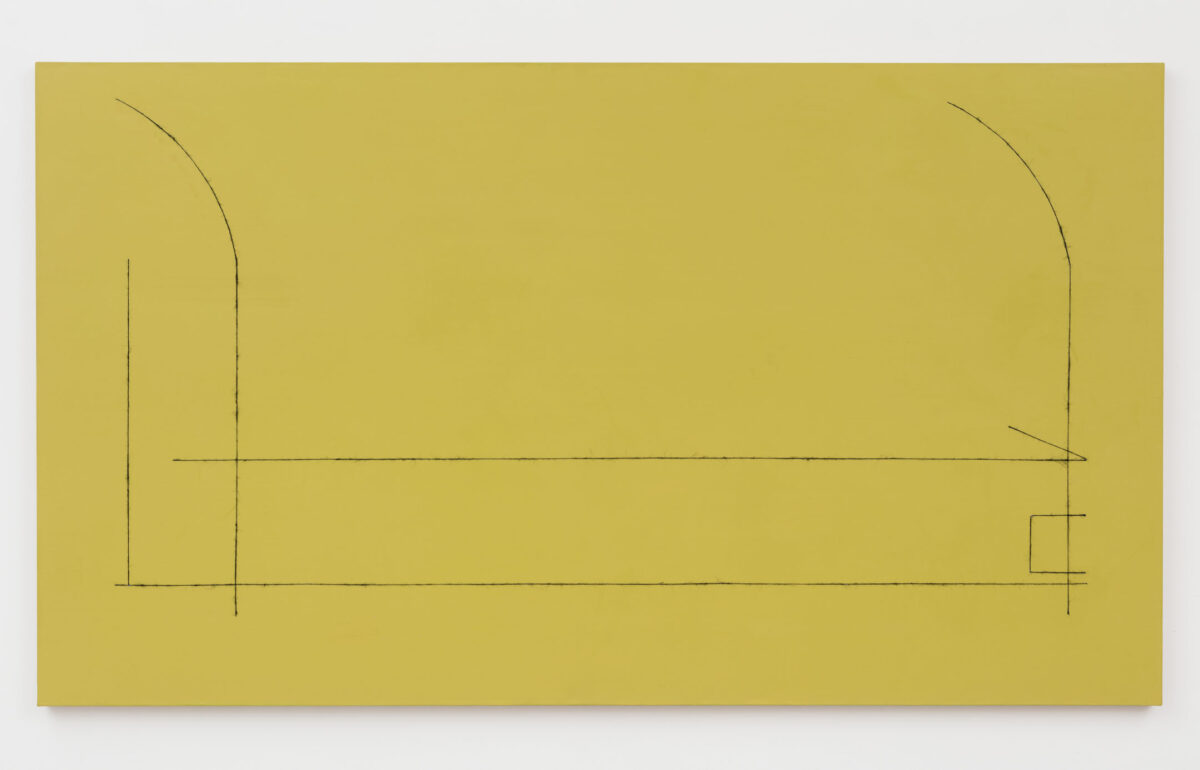 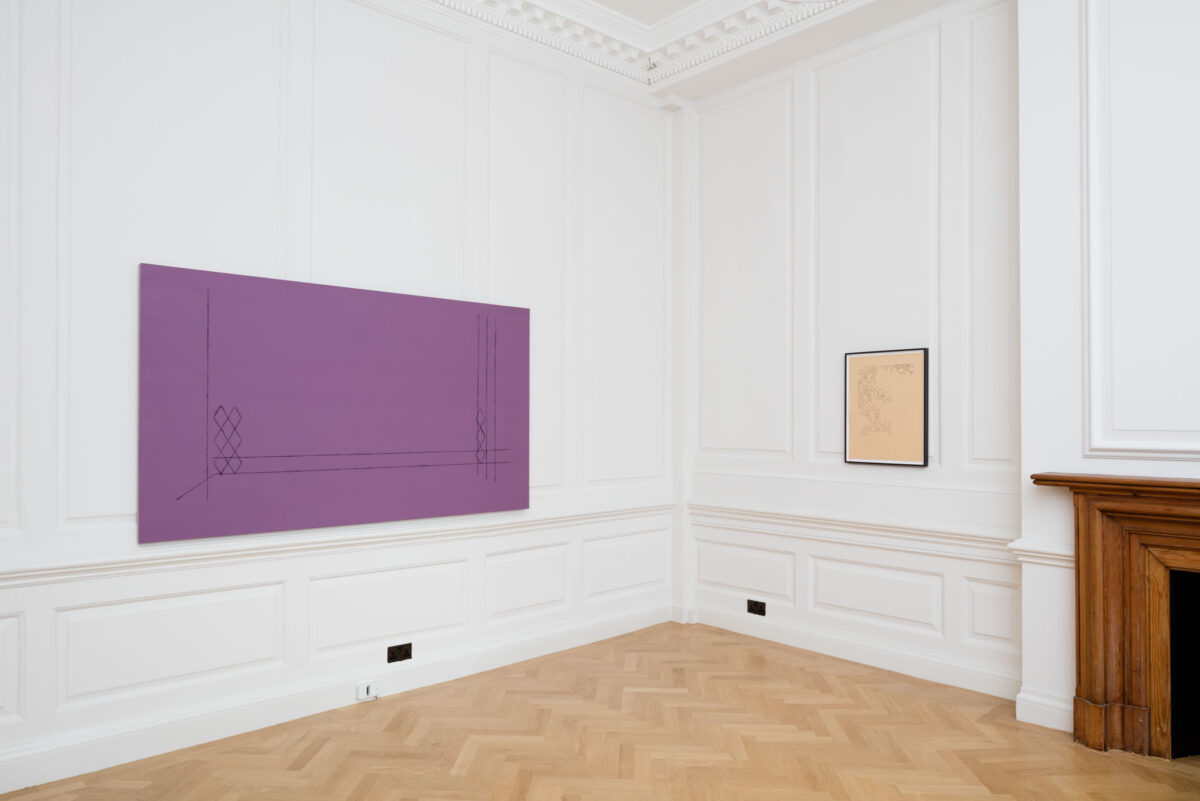 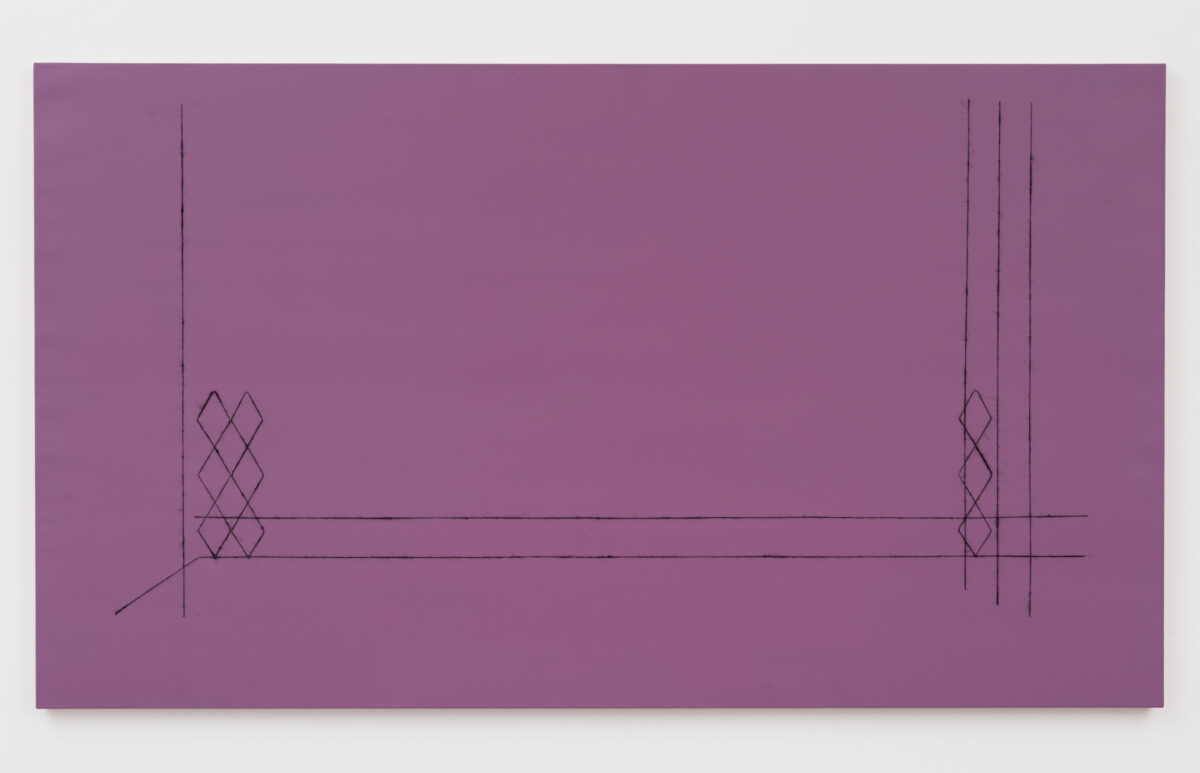 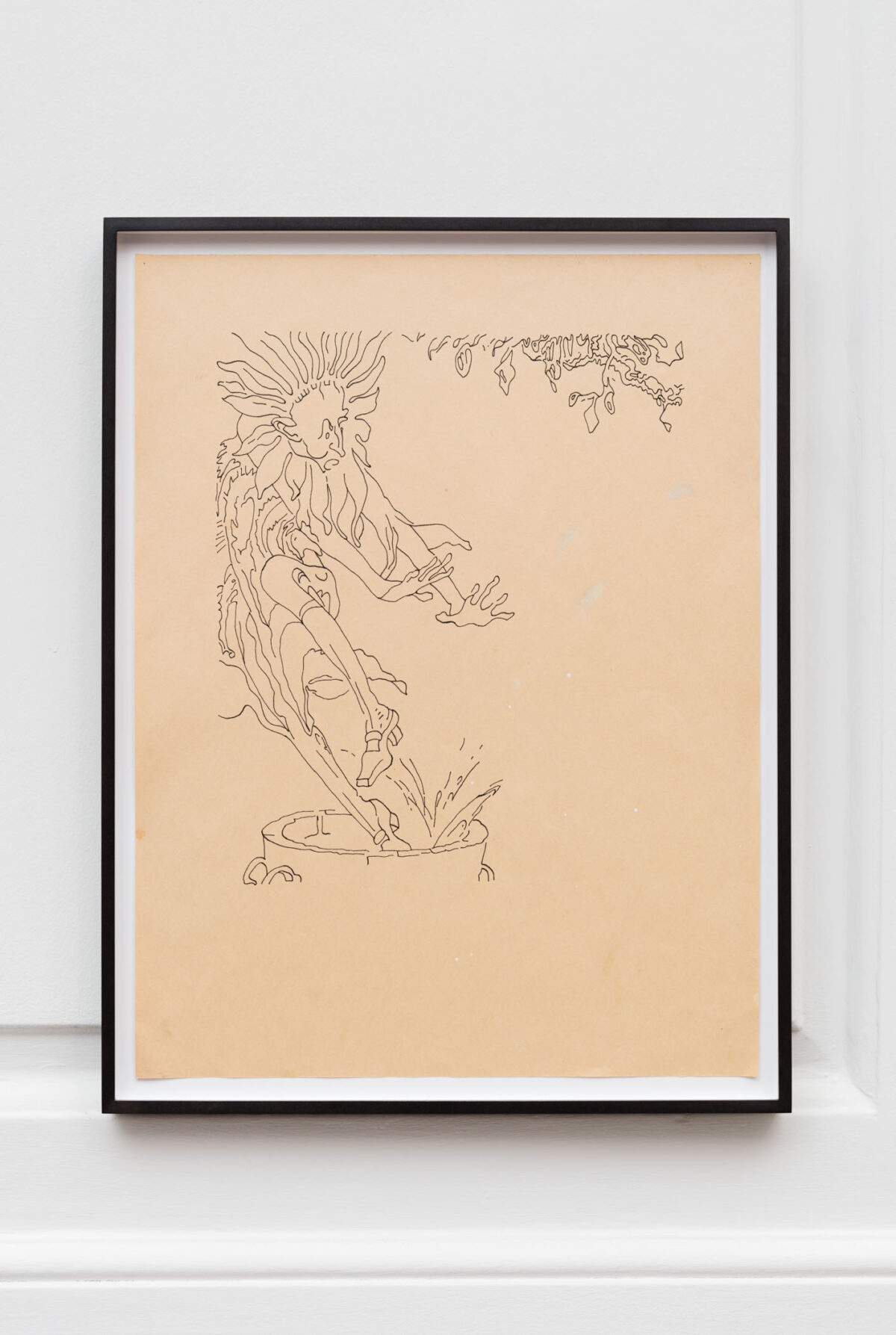 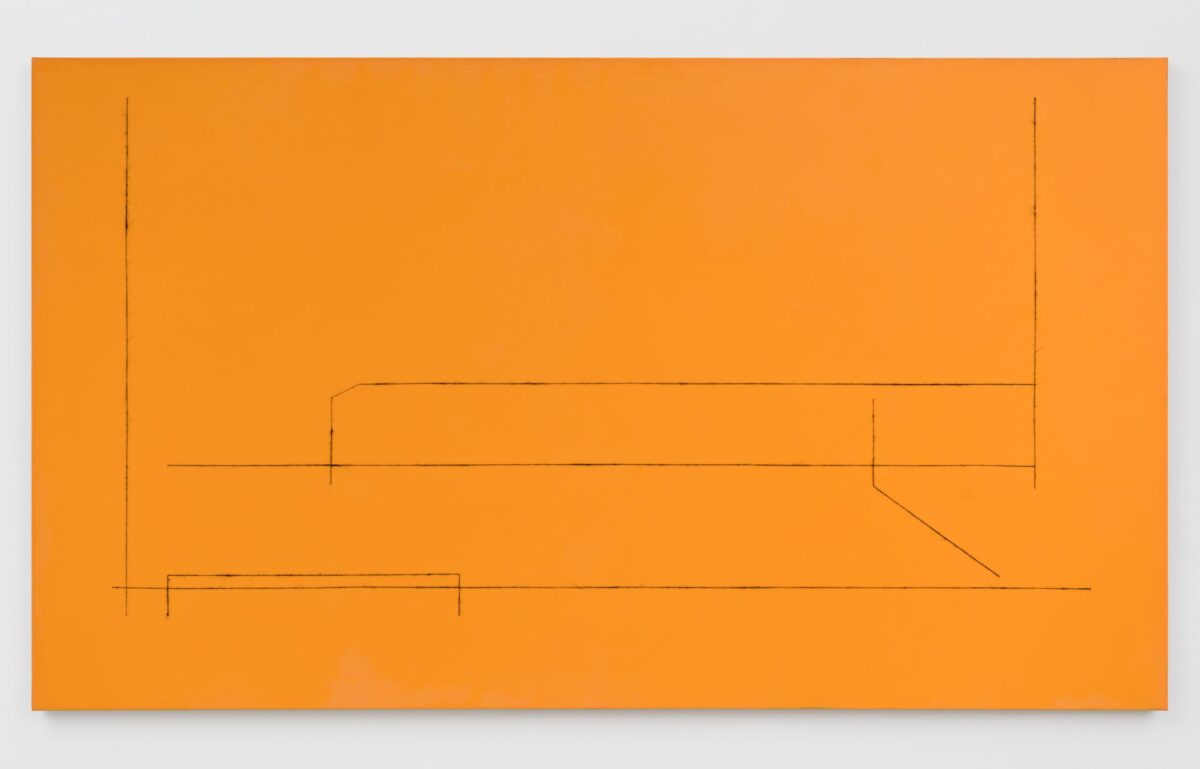 I am shopping in the chapel

I am cheering in the theater

I am acting in the market

I am praying in the stadium

A new group of paintings depict a series of ‘stages’ – all public/communal spaces which reference fictional stage architectures from movies, books, and other paintings. Pieces of twine, resembling drawn lines, are used to articulate and draft the perspectival and diagrammatic space on each monochromatic surface. As each painting receives various layers of source information, the original spaces become distorted and obscured in order to allow allusions of new physical and psychological spaces to emerge in each painting.

Kyle Thurman was born in West Chester, Pennsylvania, in 1986, and currently lives and works in New York. He recently completed his MFA at the Milton Avery Graduate School of the Art, Bard College. Previously, he received his BA, in both film studies and visual arts, from Columbia University in 2009 and later studied as a guest student at the Kunstakademie Dusseldorf from 2011 to 2012. Recent exhibitions include Heat Theater, Off Vendome (Dusseldorf), The Gentle Way (Judo), Clifton Benevento (New York), Three Cups Fragrance, Bodega (New York), On Kindness: Jacob Kassay & Kyle Thurman, MOCA Tucson (Tucson), and Banana Tourist, Office Baroque (Brussels). Forthcoming solo exhibitions include Office Baroque (Brussels) and Off Vendome (New York).