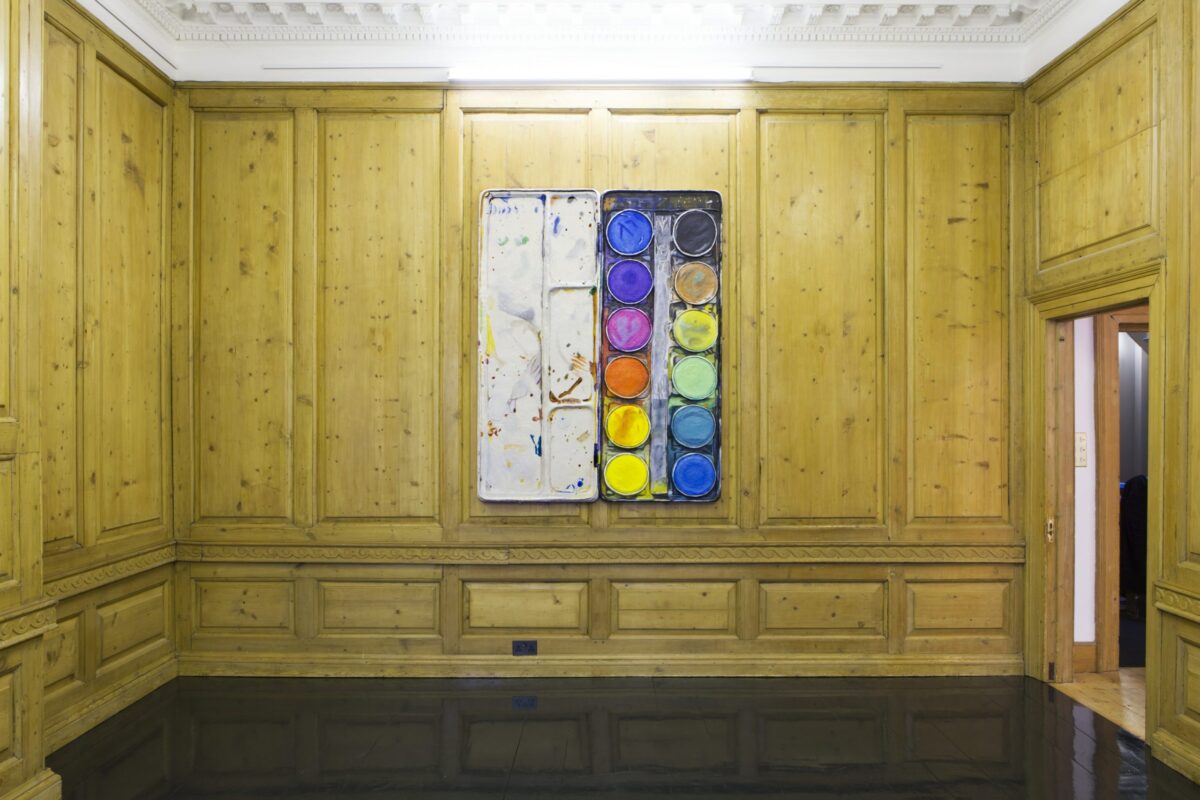 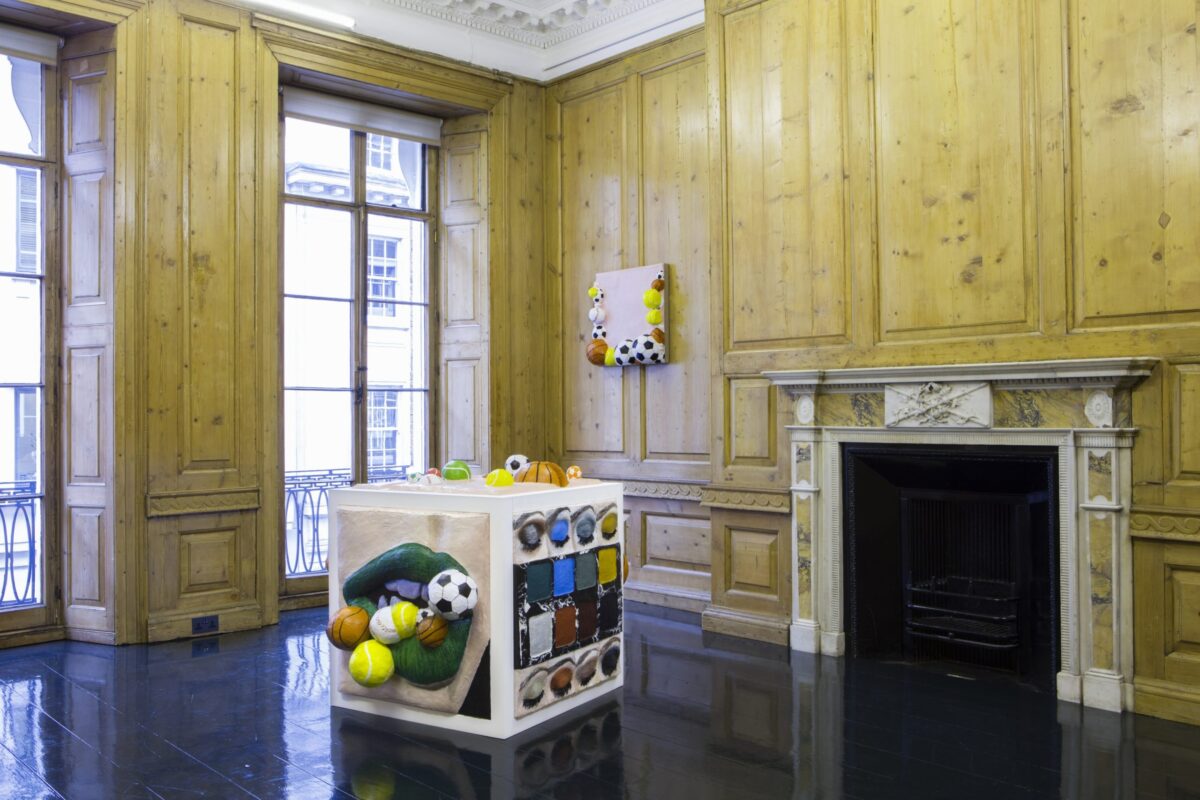 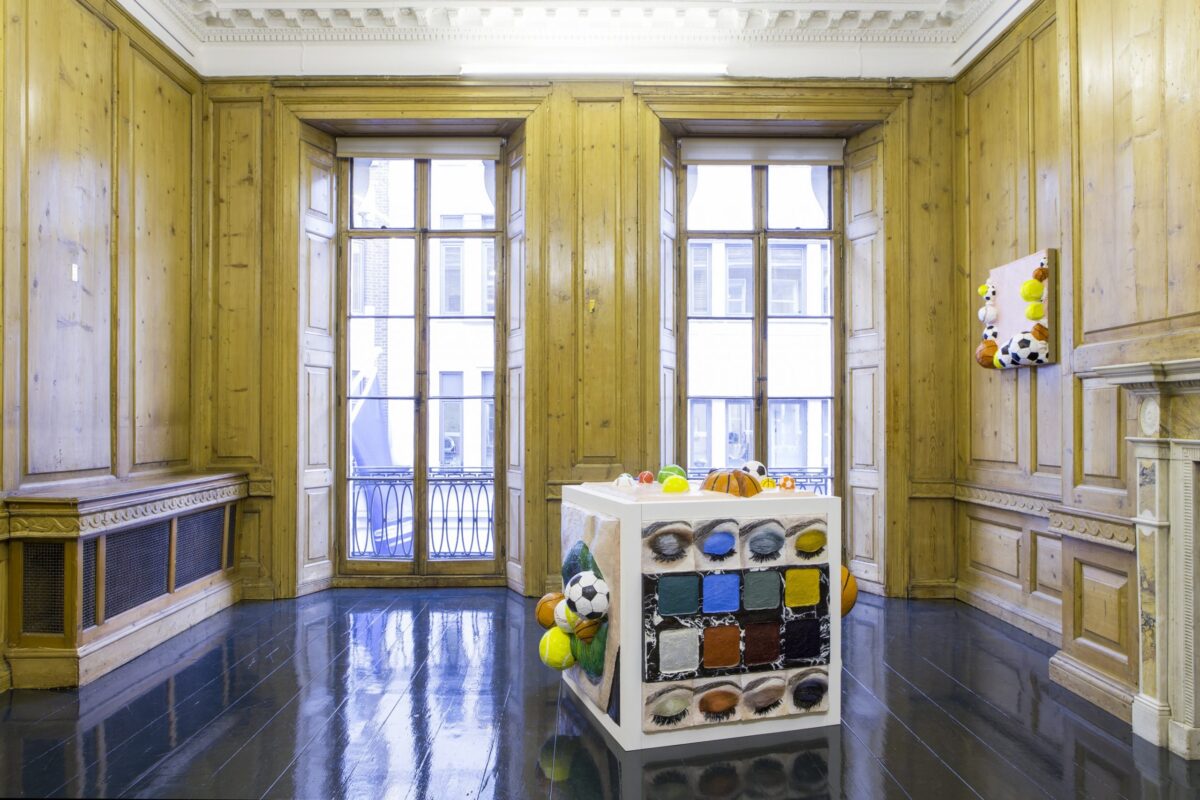 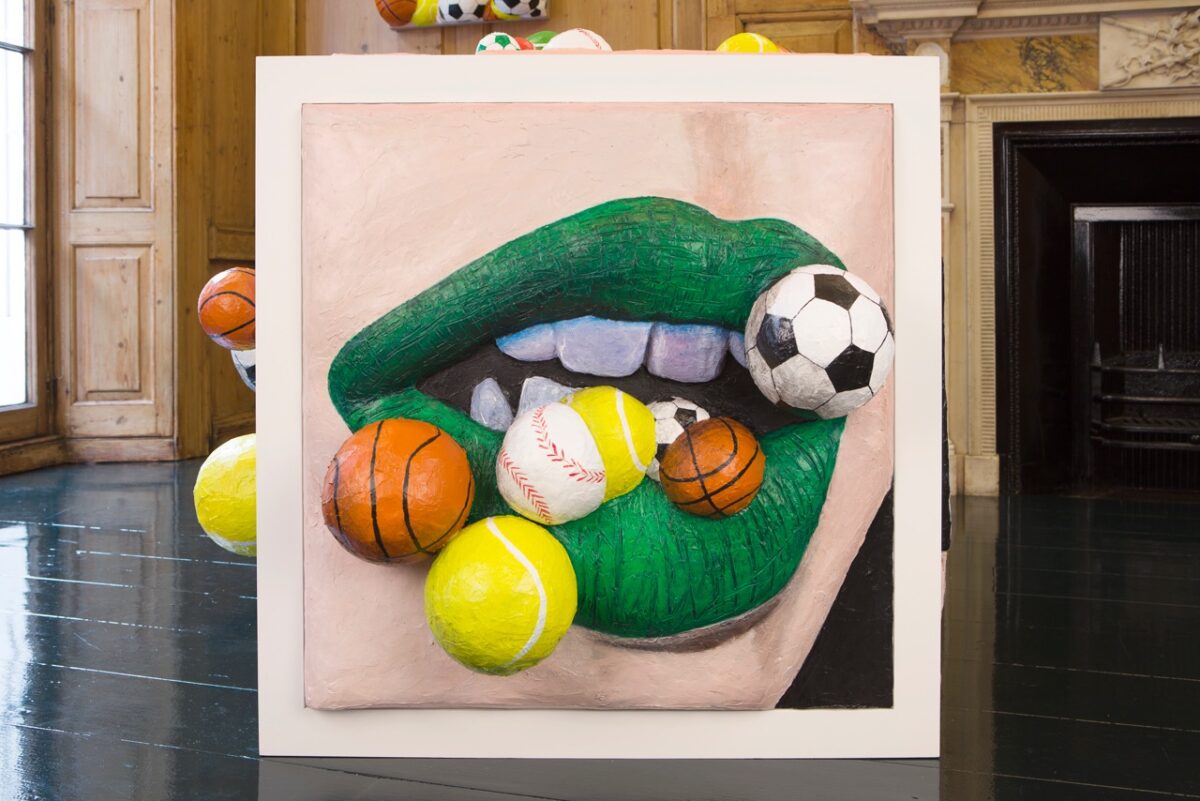 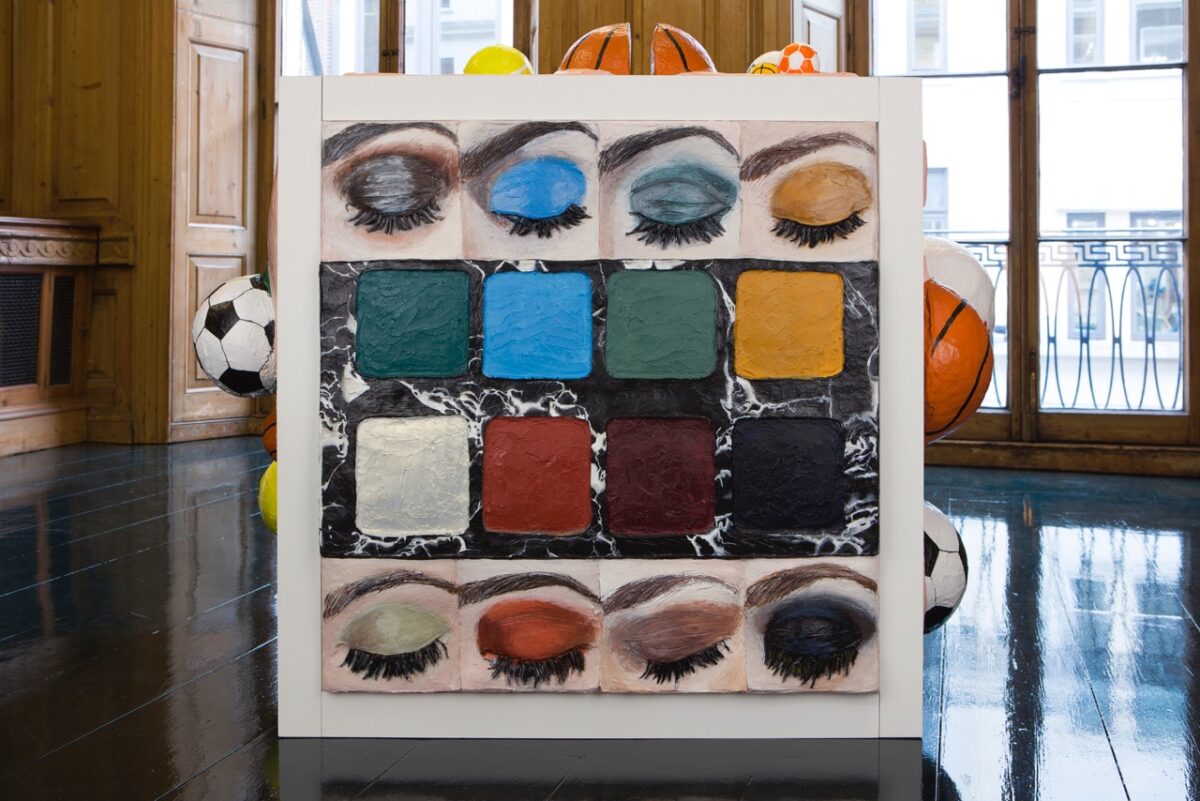 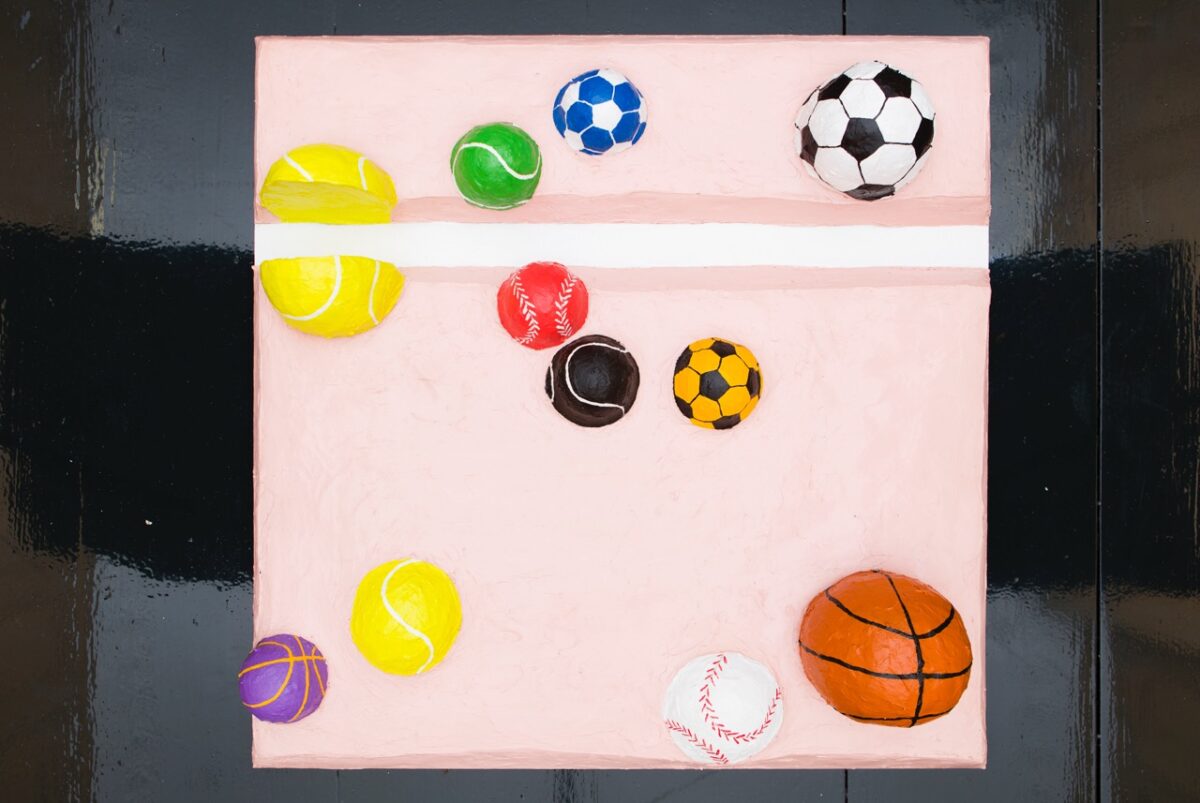 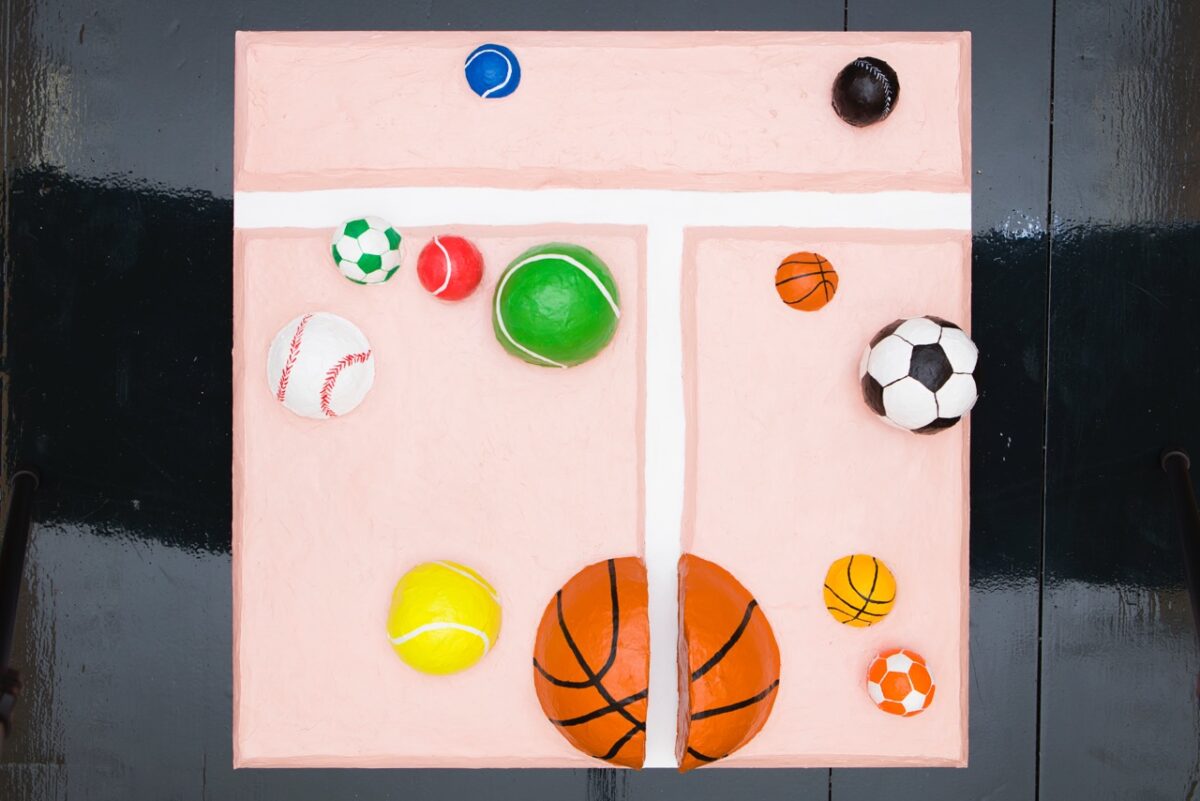 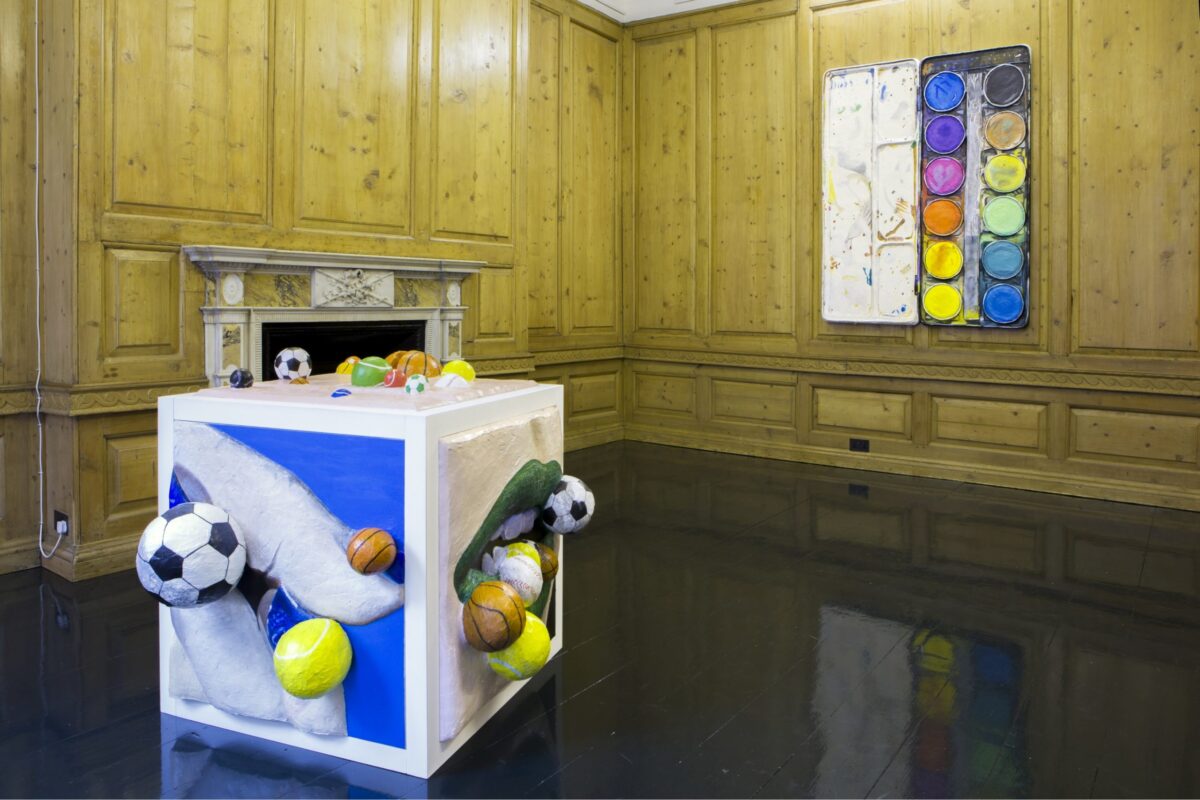 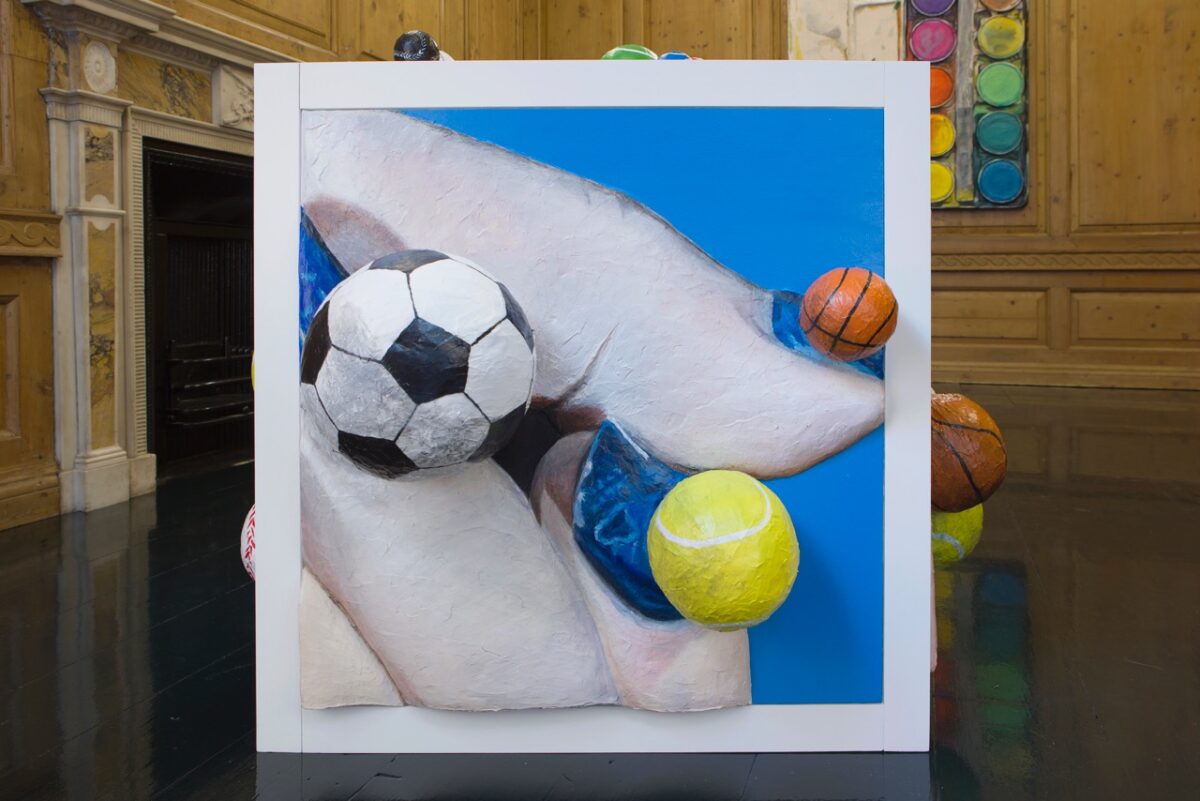 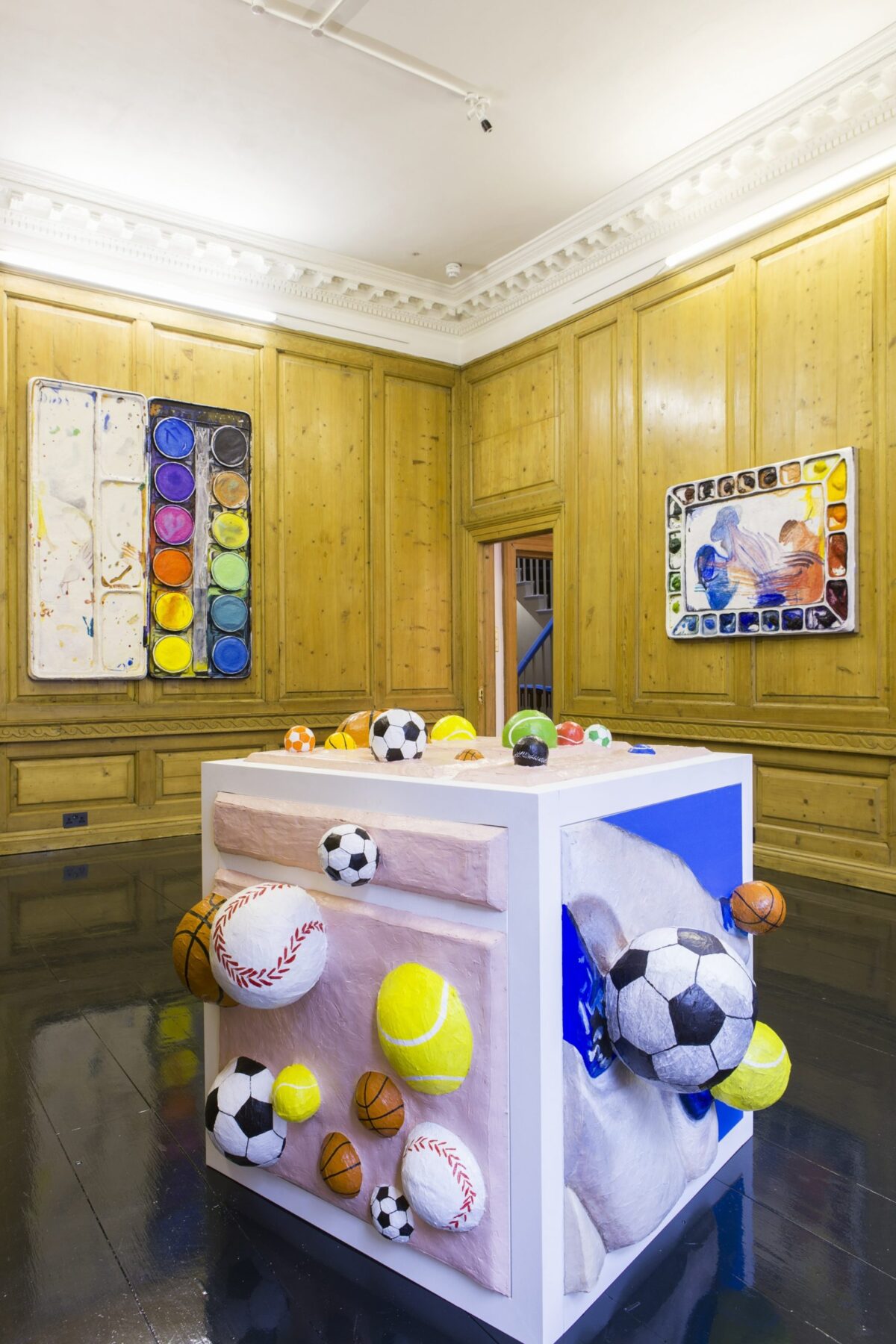 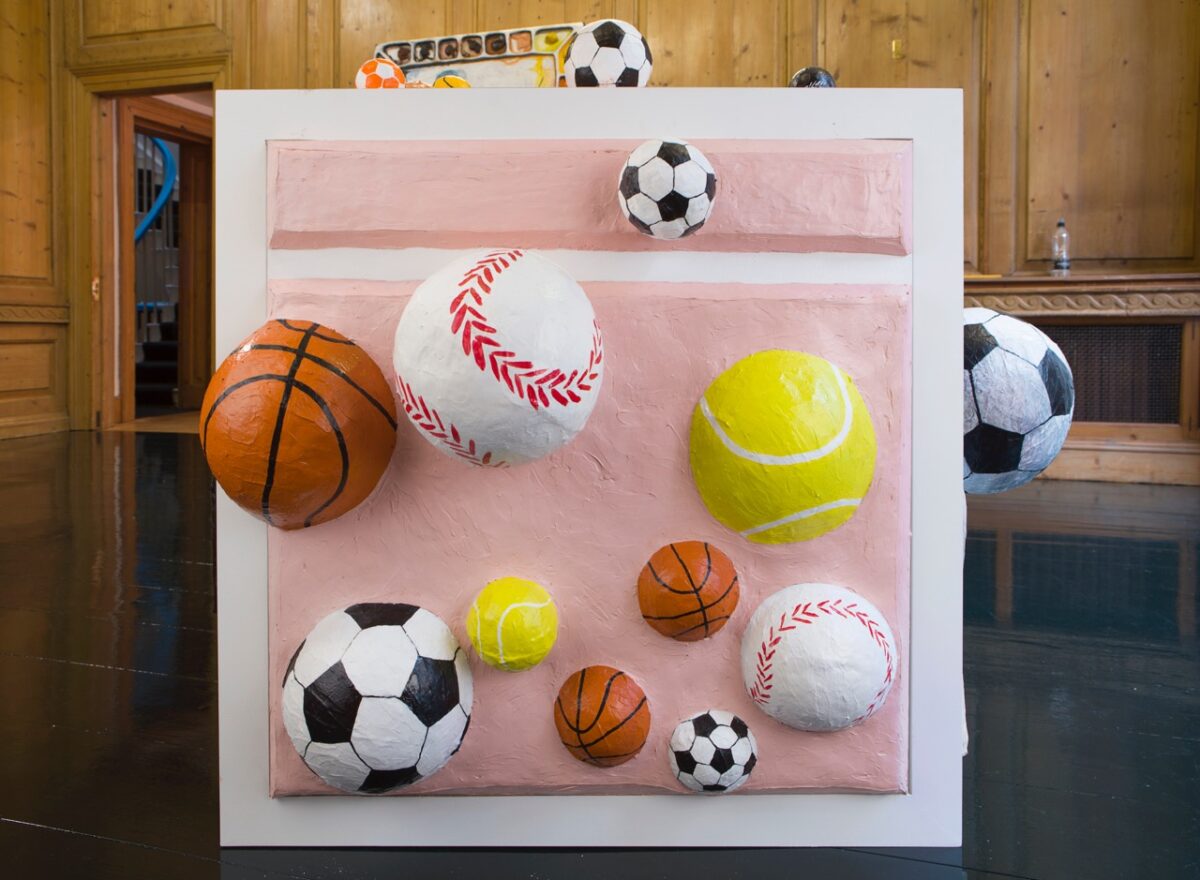 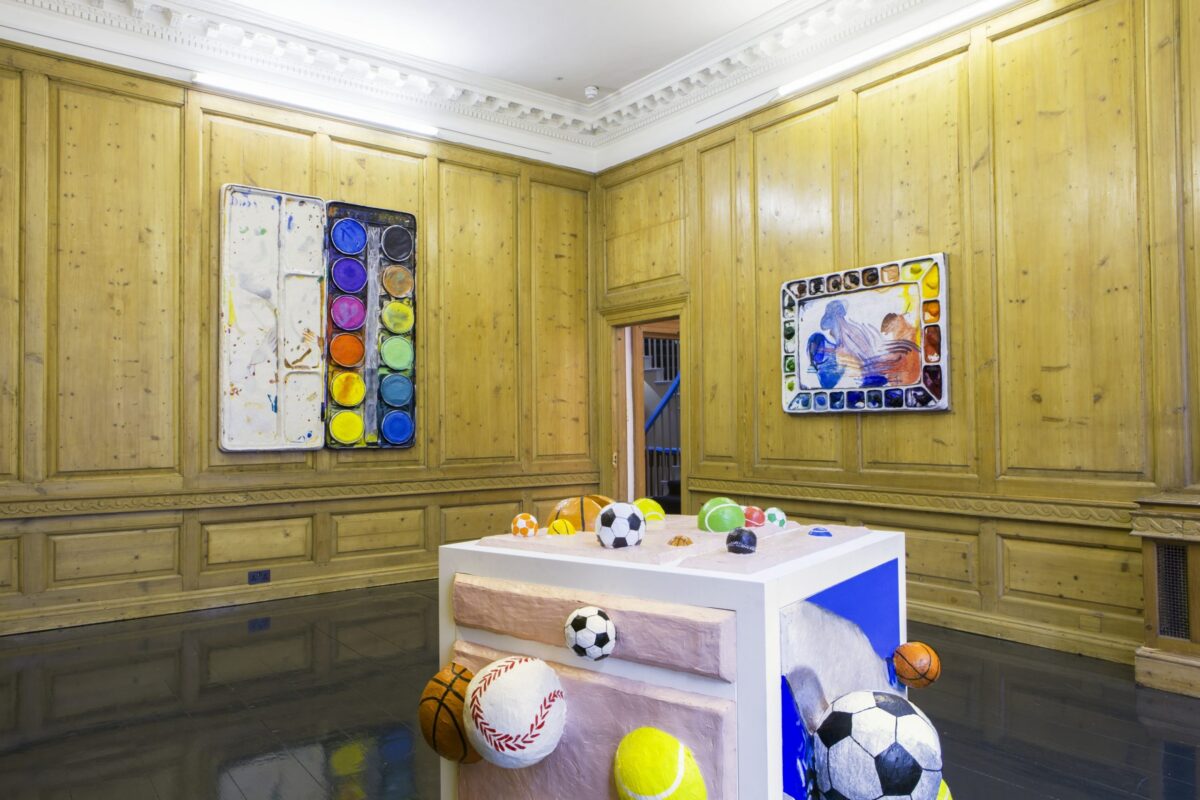 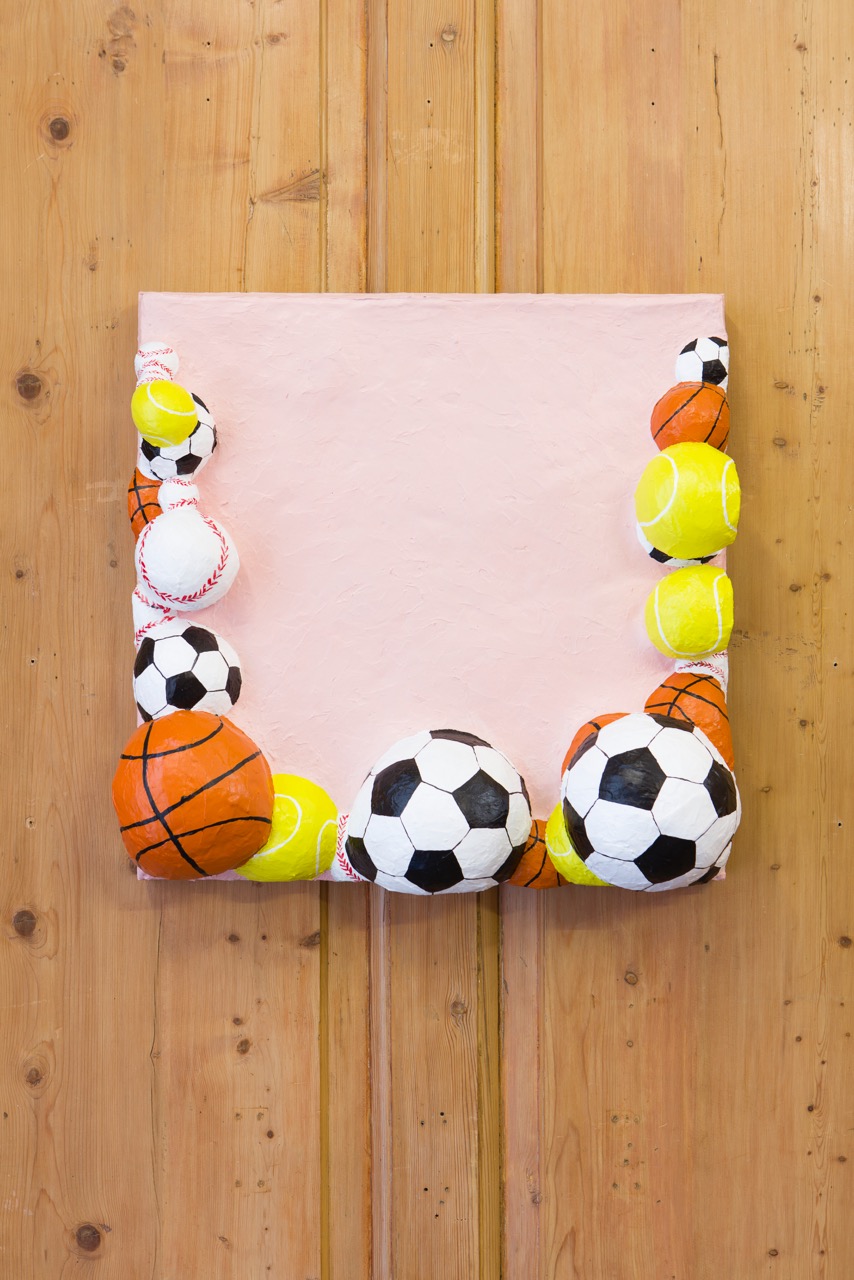 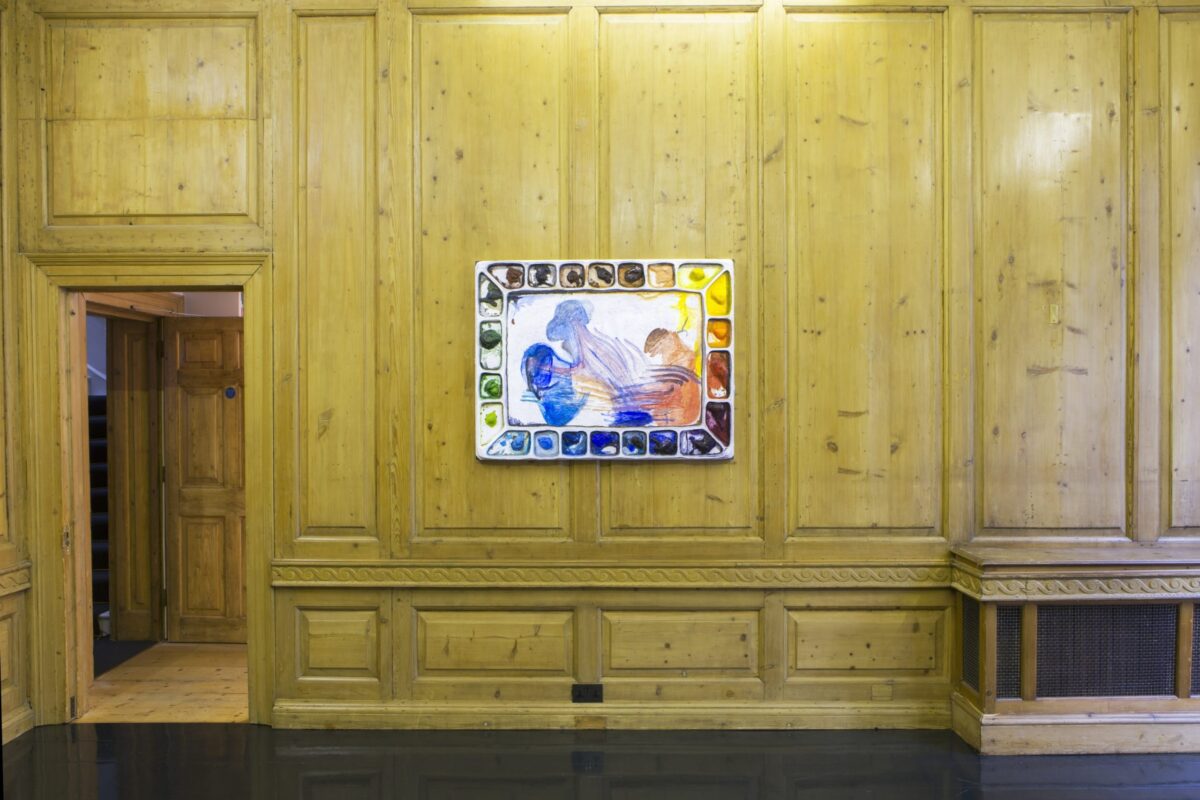 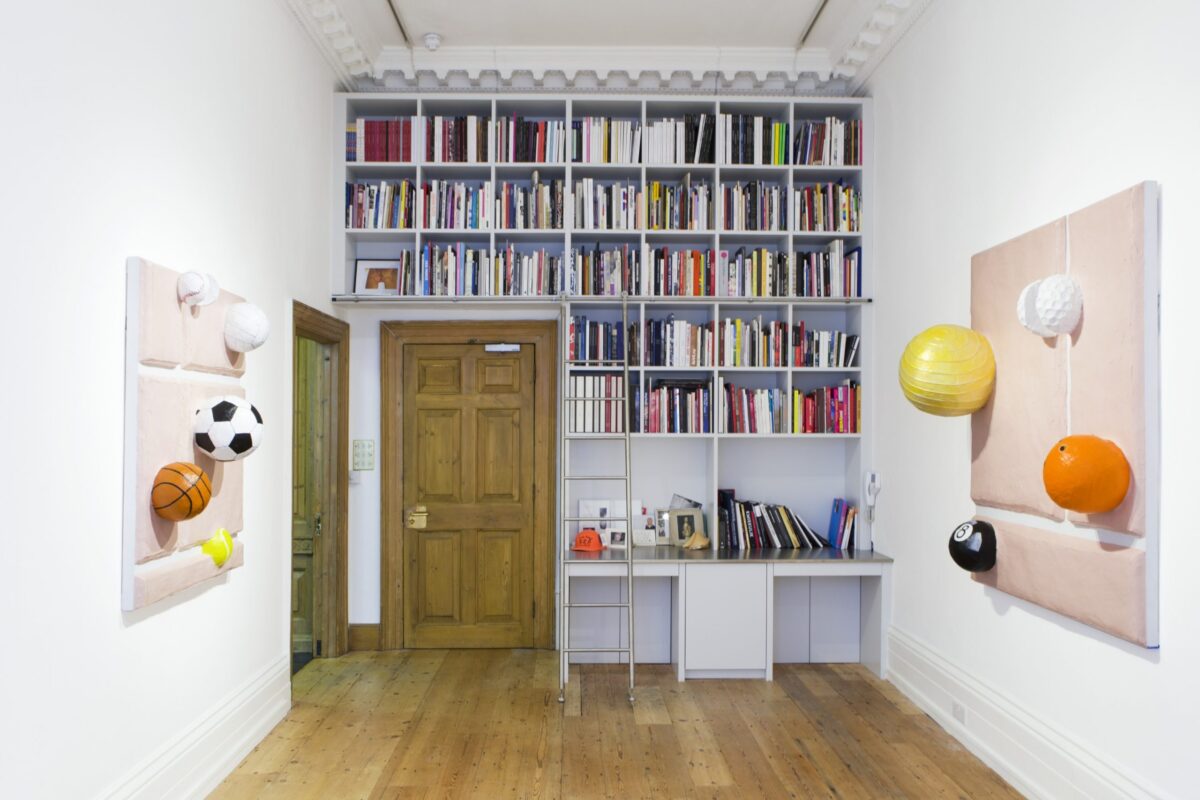 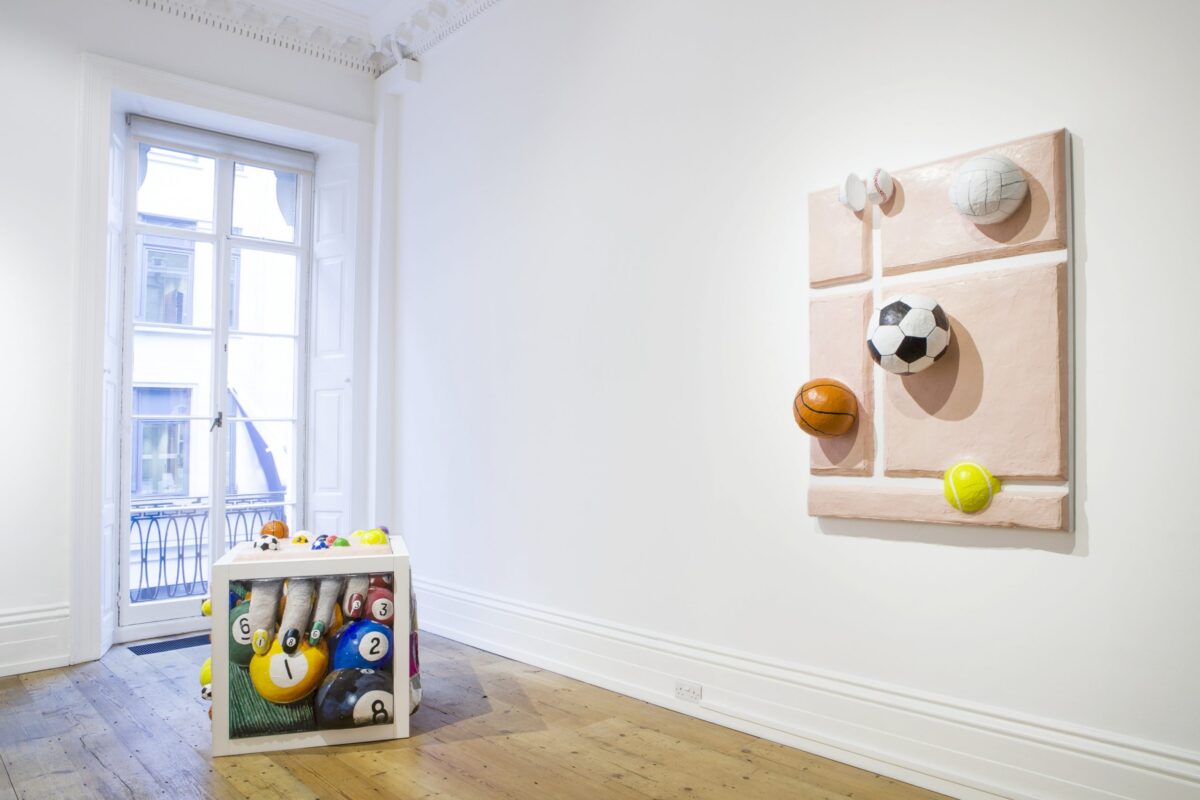 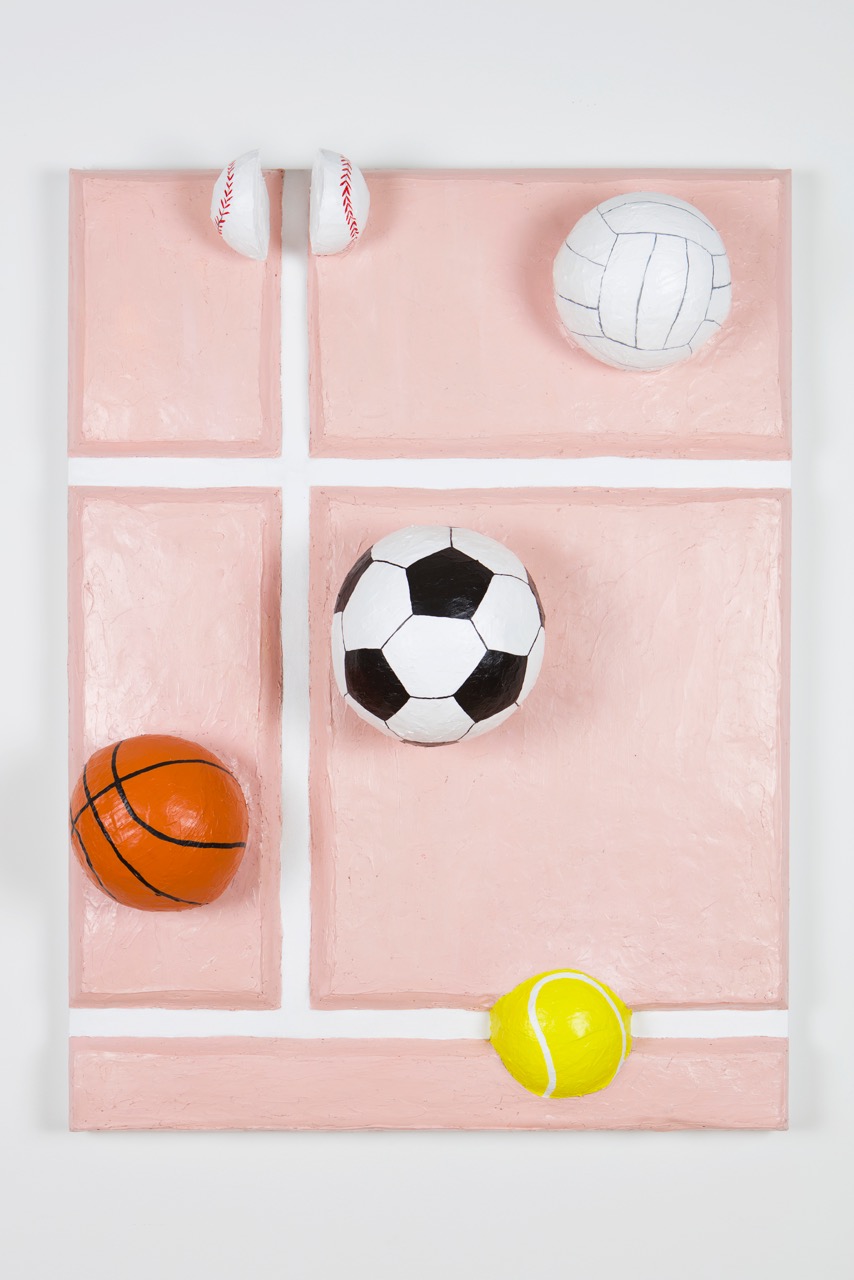 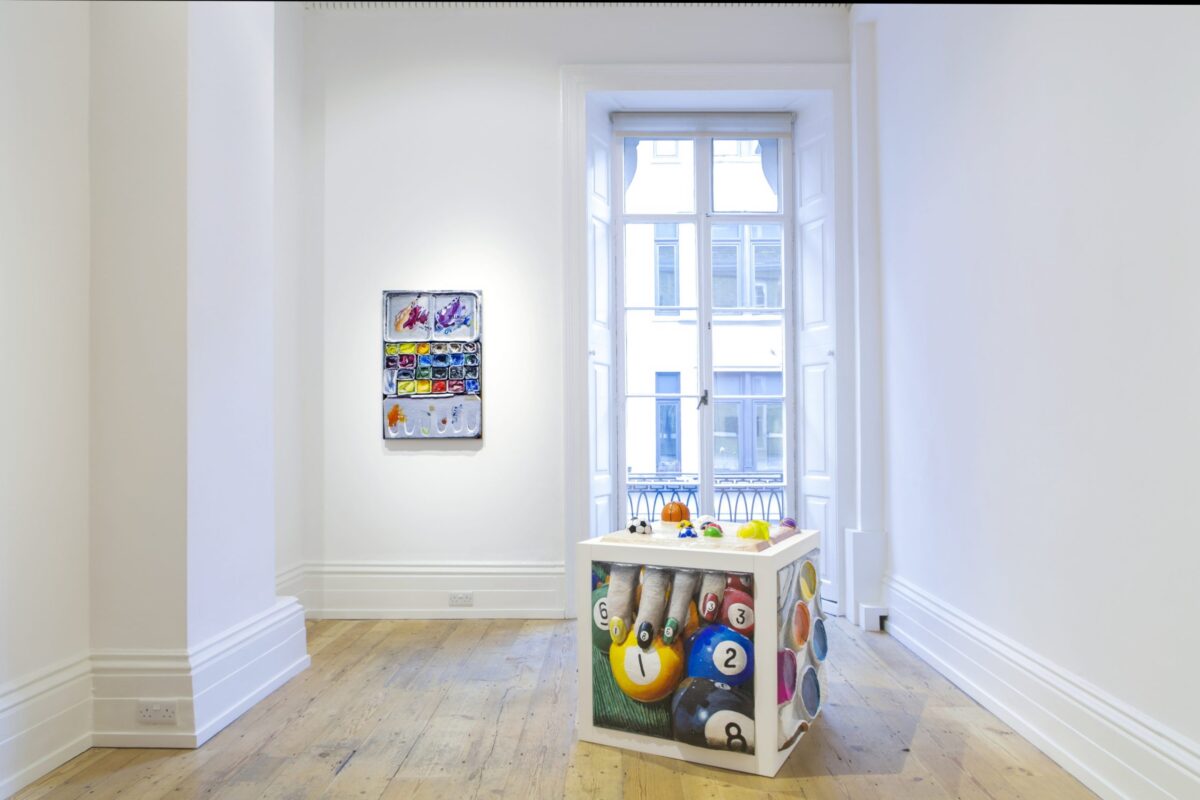 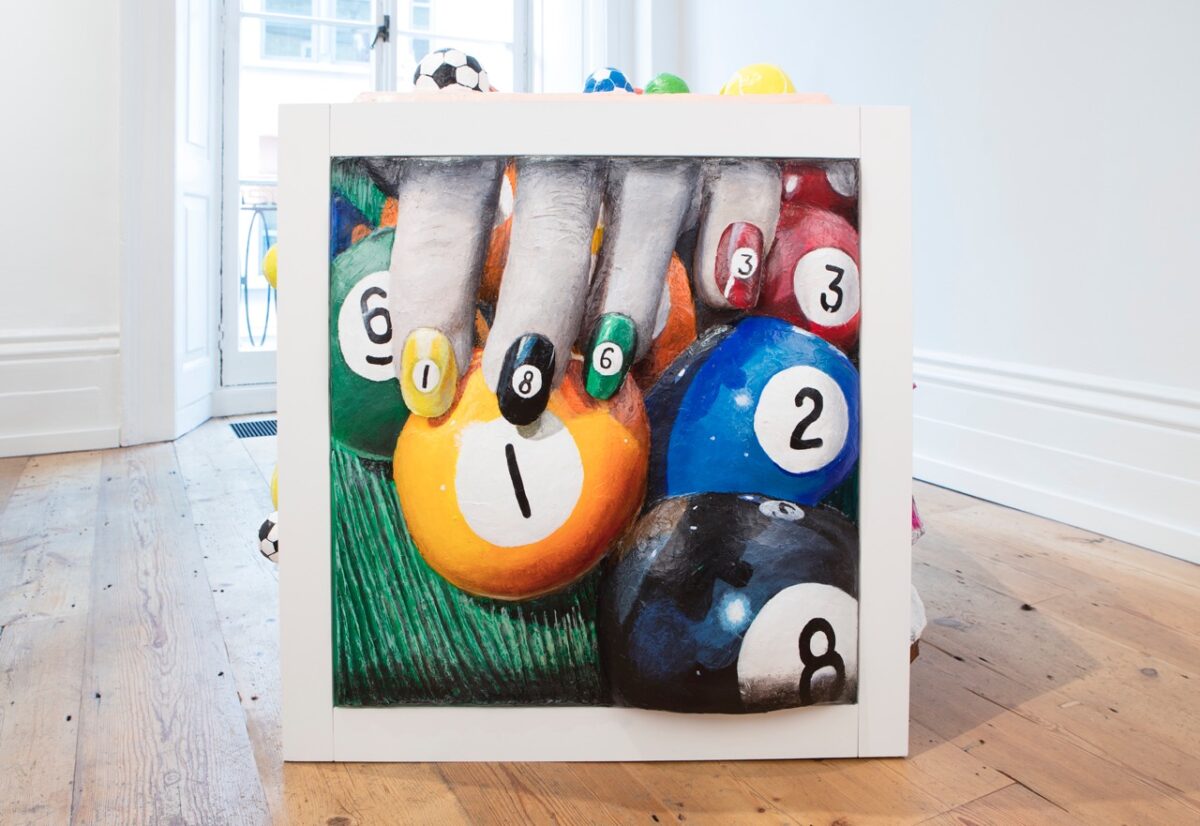 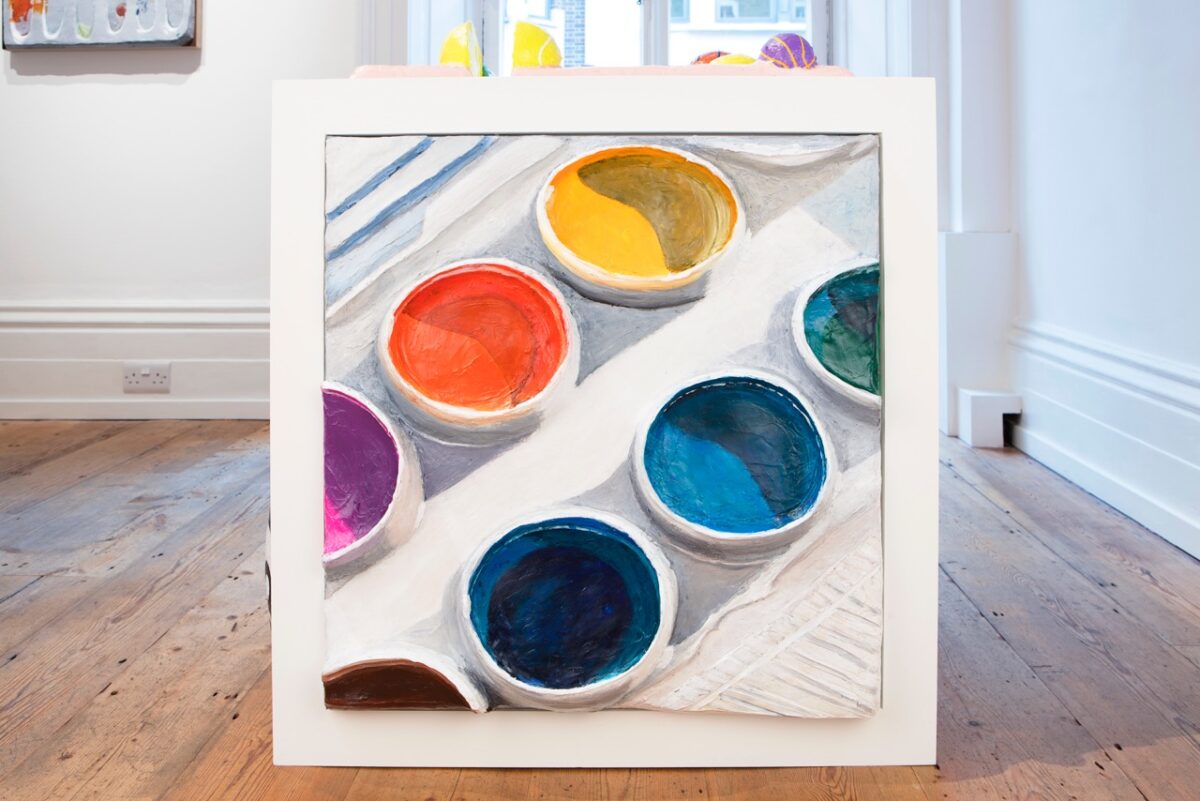 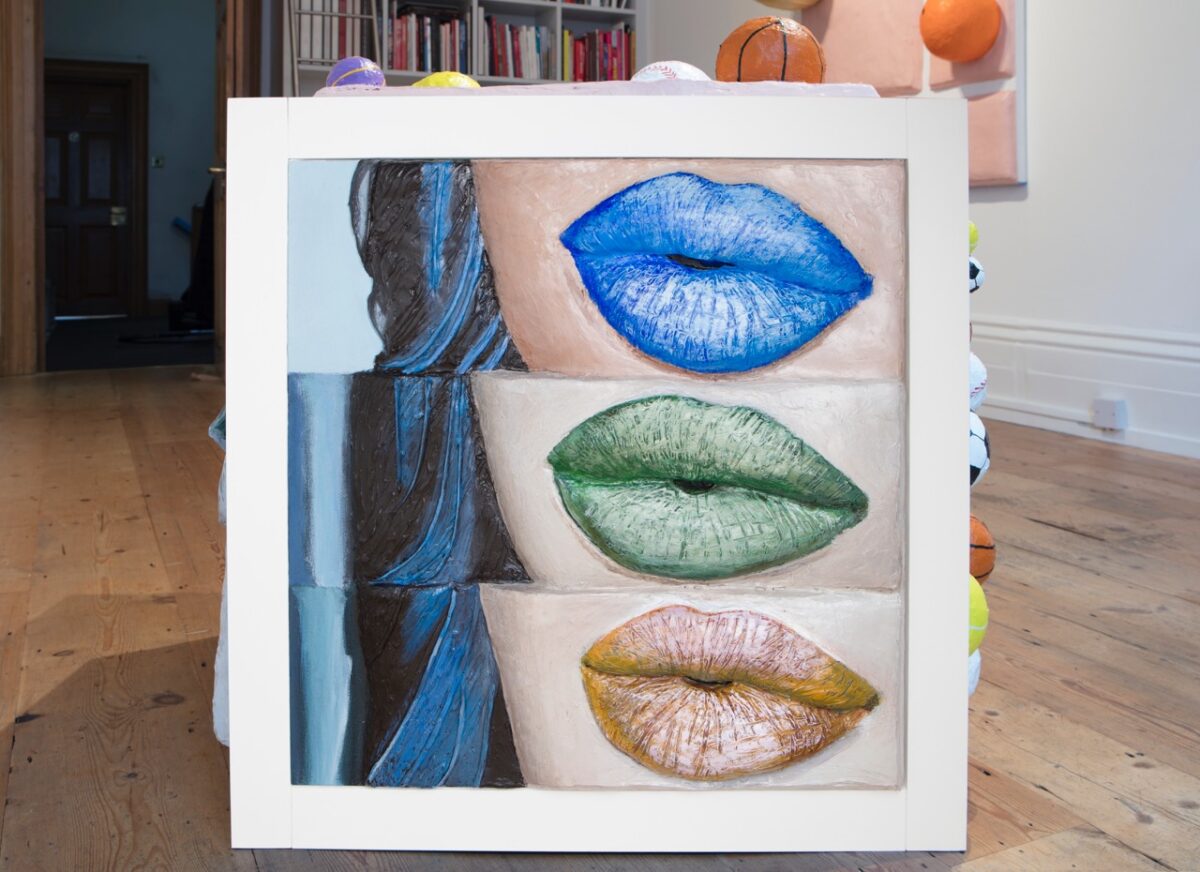 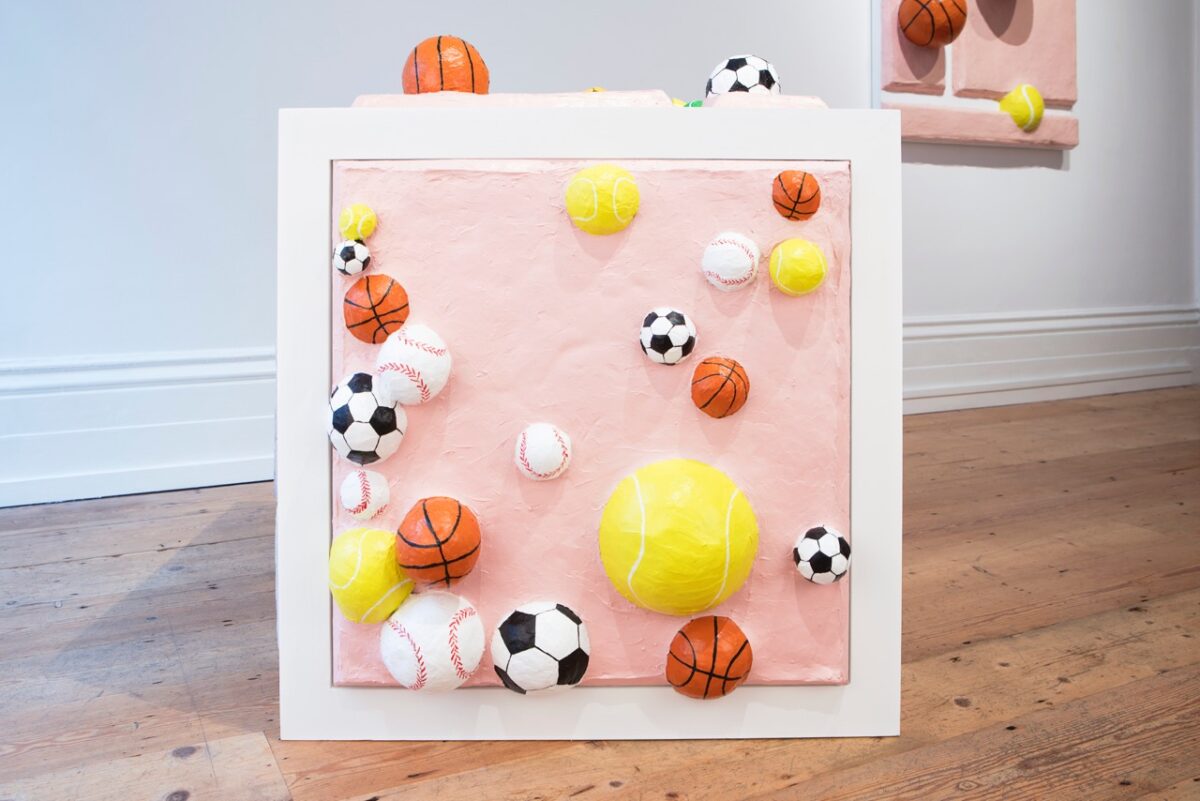 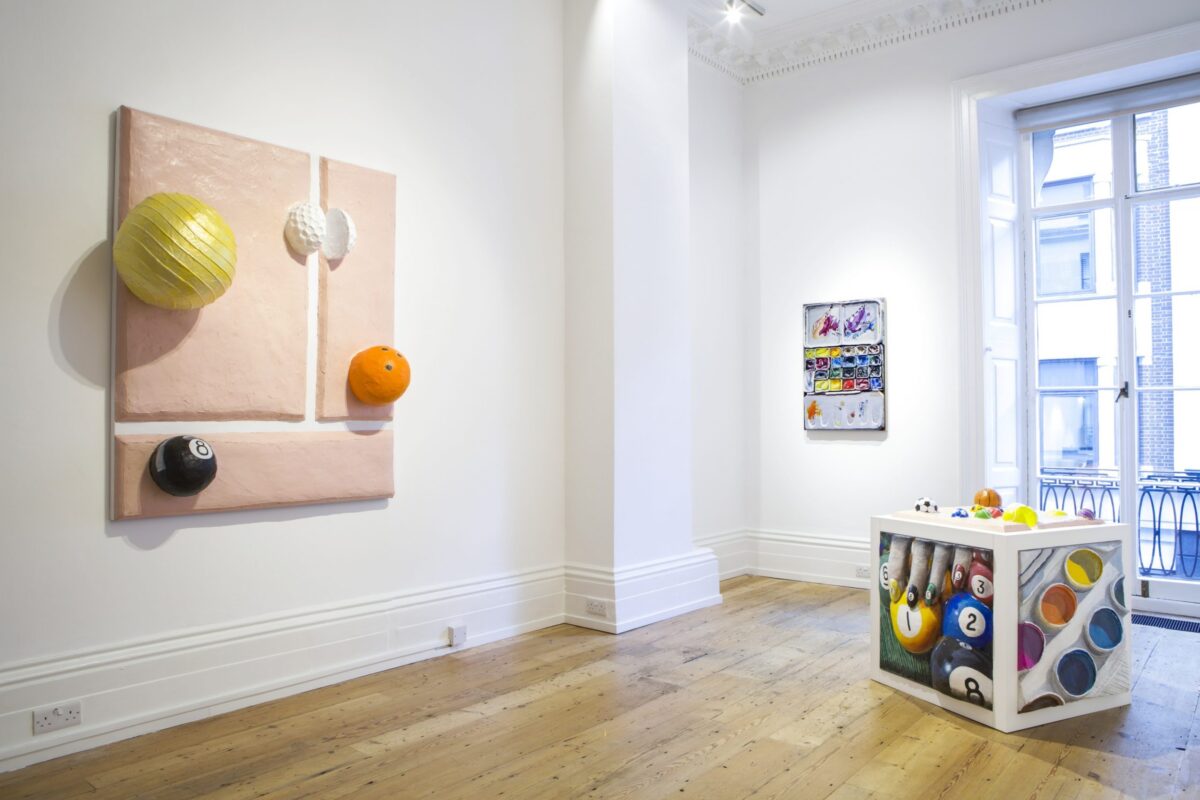 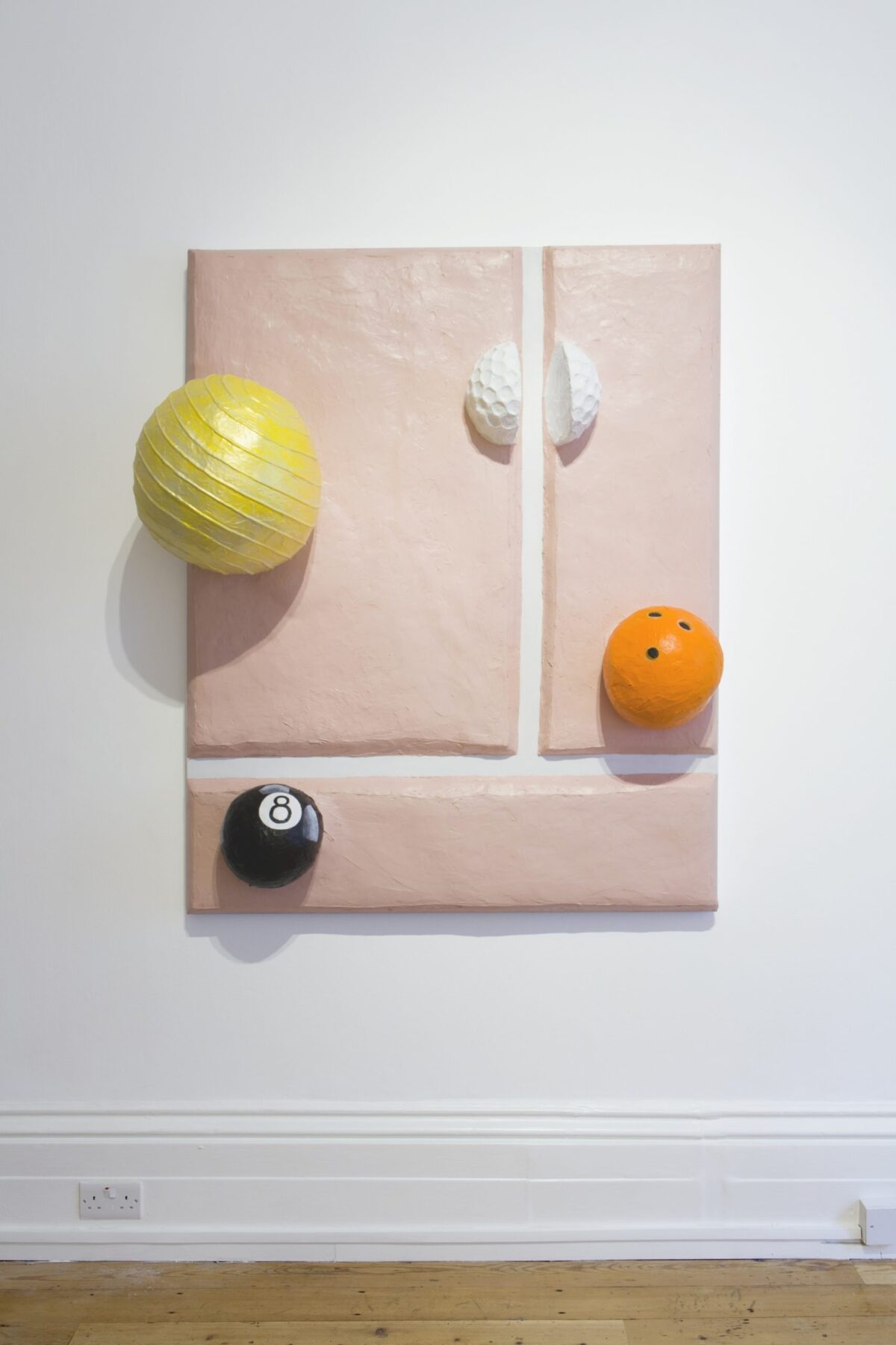 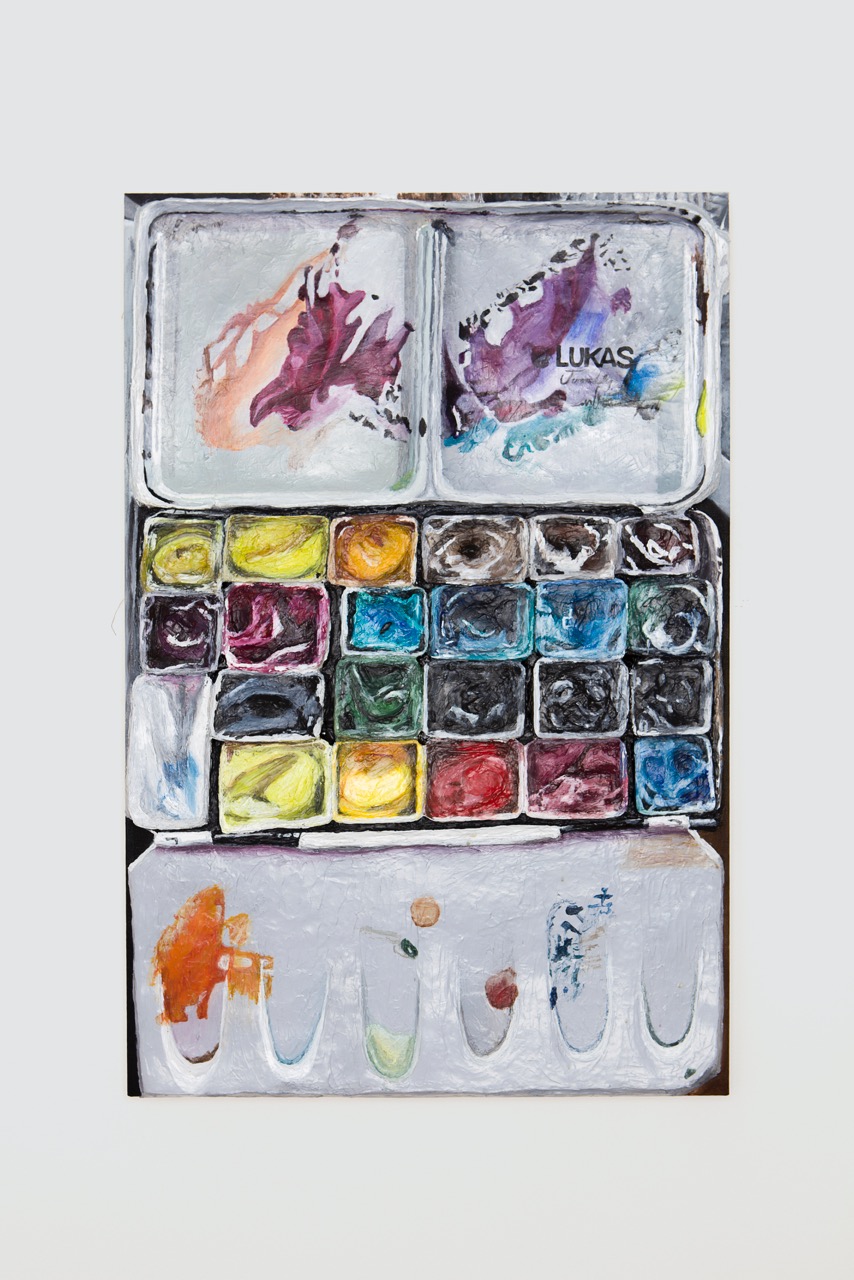 My Instagram feed is full of paintings. In recent weeks, they have been paintings from the Frieze Art Fair or from FIAC, or from gallery shows taking place in London or Paris at the same time as those art fairs. The images of these paintings appear on my phone at all the same size, determined by the Instagram app on my phone. They are usually taken from a respectful distance by the people who post them and the alignment is usually as horizontal as possible. The images are mostly of a whole painting rather than a detail.

My Instagram feed tells me nothing about how the paintings that appear on it have affected the viewer who makes the post. I have little idea what they felt or what happened in that moment of encounter with that painting. Instead these images tell me about the art-travels of those who have posted, or tells me which exhibitions the instagrammer has visited. The images signal to me that the instagrammers are people who diligently seek out interesting exhibitions, look at works and have the ability to discern between bad works, which don’t get posted and good works that deserve a post of their own.

There are a number of paradoxes at work on these images of paintings on my Instagram feed. Over a hundred years ago, painting started to become more difficult to look at and describe. This was when modern art turned away from the attempt to represent the world the artist could see in what was thought to be a realistic way. Paintings that were deemed most worthy of critical attention turned towards abstraction or avant-garde strategies that moved them away from being mere representations of the world in front of the painter. Shepherds and hillsides and portraits of aristocrats no longer held critical interest. Sophisticated viewers of art did not look at paintings for their representation content – they did not look at Picasso’s Les Demoiselles D’Avignon to get an accurate representation of what French prostitutes looked like in the early decades of the twentieth century, or if they did, they were making a mistake in doing so.

Gina Beavers’ paintings resist this careless, conservative dismantling of modernist, avant-garde and later strategies in painting through a very simple strategy – they depict something that is flat, that is Instagram posts, in a way that is insistently not flat. The paintings are three dimensional reliefs, with contours, edges and bits which stick out from the canvas. Her works insist on physicality, on the actual encounter between a viewer and an object on a wall, not the representation of that encounter. Her subject matter tends to be drawn from popular genres of Instagram – ‘food porn’ for example. Yet she renders these generic Instagram images, sometimes with their generic layouts from popular Instagram-related apps, in a way that works against their previous status as generic Instagram images because their three-dimensionality means something very simple: they are almost impossible to conventionally Instagram in an accurate way.

At the heart of modernist painting was resistance. This sometimes took the form of a resistance to a literal reading of the painting, or a resistance in terms of an avoidance or negation of subject matter. There was a resistance to straightforward consumption. The high moment of abstraction, Malevich’s black square, does not look like a perfect black square. It looks like a cracked, painted black square. These are works that insist on their status as paintings first and foremost and this entails the act of looking, of standing in front of these objects in order to see what affect they have on you. There is resistance when there is nothing easy to hang onto, or to interpret, noting that is a straightforward representation. But now that unthinking representation has emerged again in the screens of our devices, how then to resist? Instagram this, Beavers’ paintings seem to say, and after all, why wouldn’t you? These are the very images that have been popular with Instagrammers – food porn, make-up tips, body art. But there’s a twist. With their insistence on their three-dimensionality and their insistence on the moment of encounter, the paintings are saying something slightly different: Instagram this, and fail.

My Instagram feed is full of paintings, and each of those images fails those paintings.  For Beavers, this is a starting point.

An early title for this show was going to be 1-888-NYC-Well, that’s the number for the depression hotline in New York where I live, making these works was like dialing that number and feeling better every time.

When I first saw the Carl Kostyál space, I thought immediately of Sherlock Holmes’s library but the green floor in that wood paneled room also reminded me of images I had seen of the first tennis courts, paneled rooms that eventually gave way to grass green surfaces.

I went to buy birthday balloons and in the midst of all the pink, purple and brightly colored festive Mylar, helium balloons, there was one clearly designated for boys, with soccer balls, basketballs and baseballs on it, on a blue and white background.

I scrawled ‘tennis ball yellow’ as an instruction on a photo/sketch for my assistant Rachel, and she showed me how she mixes it, with light cadmium yellow and a touch of viridian green. This was a revelation to me, I would have tried yellow with little black, which would have been too muddy and dark, her combo makes a very accurate, vibrant hue.

I learned from an article in the Sun* that tennis balls used to be white, the contrast of the white ball against the dark grass worked well on black and white TV, but with the advent of color television, viewers found the white balls hard to make out. Different hues of bright, neon balls were tested and a greenish yellow ball was settled on in 1972. Side note, the All England club adopted this version of the ball in 1986.

I used to have a mean backhand, although I couldn’t make the tennis team in high school. I would be winning a match and then choke. It’s really true when people say tennis is a mental game.

*Newton, J. (2017, July 6). NEW BALLS PLEASE This is surprising reason why Wimbledon tennis balls are yellow…and how they were very nearly neon pink. The Sun. Retrieved from https://www.thesun.co.uk

Gina Beavers lives and works in New York City. She holds a BA in Studio Art and Anthropology from the University of Virginia (1996), an MFA in Painting and Drawing from the School of the Art Institute of Chicago (2000) and an MS in Education from Brooklyn College (2005).

She creates paintings and installations from photos culled from the Internet and social media and rendered in high acrylic relief. Series include paintings based on the creative realms of body painting, social media user’s photos of their meals, make-up tutorials, memes, and body builder selfies.