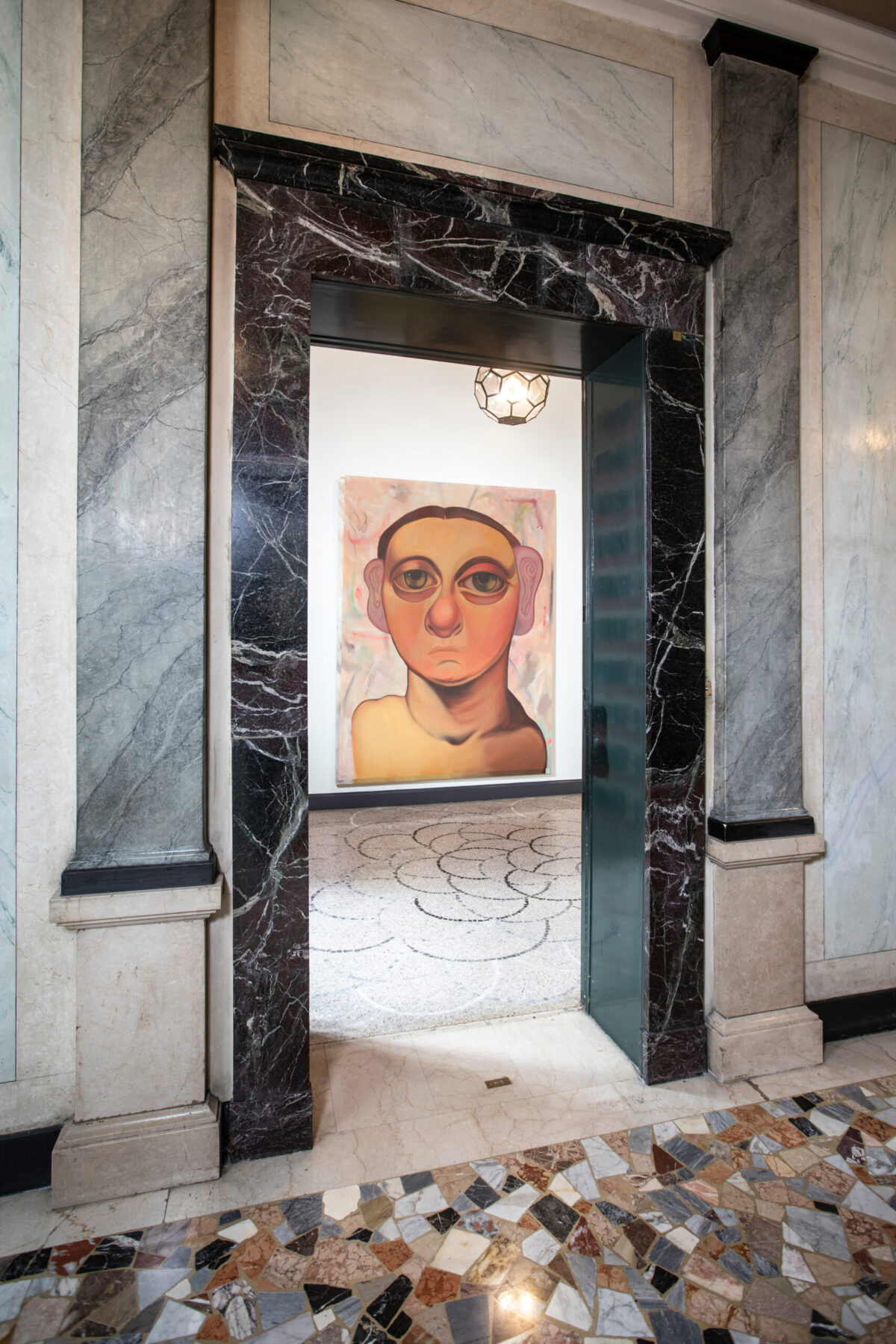 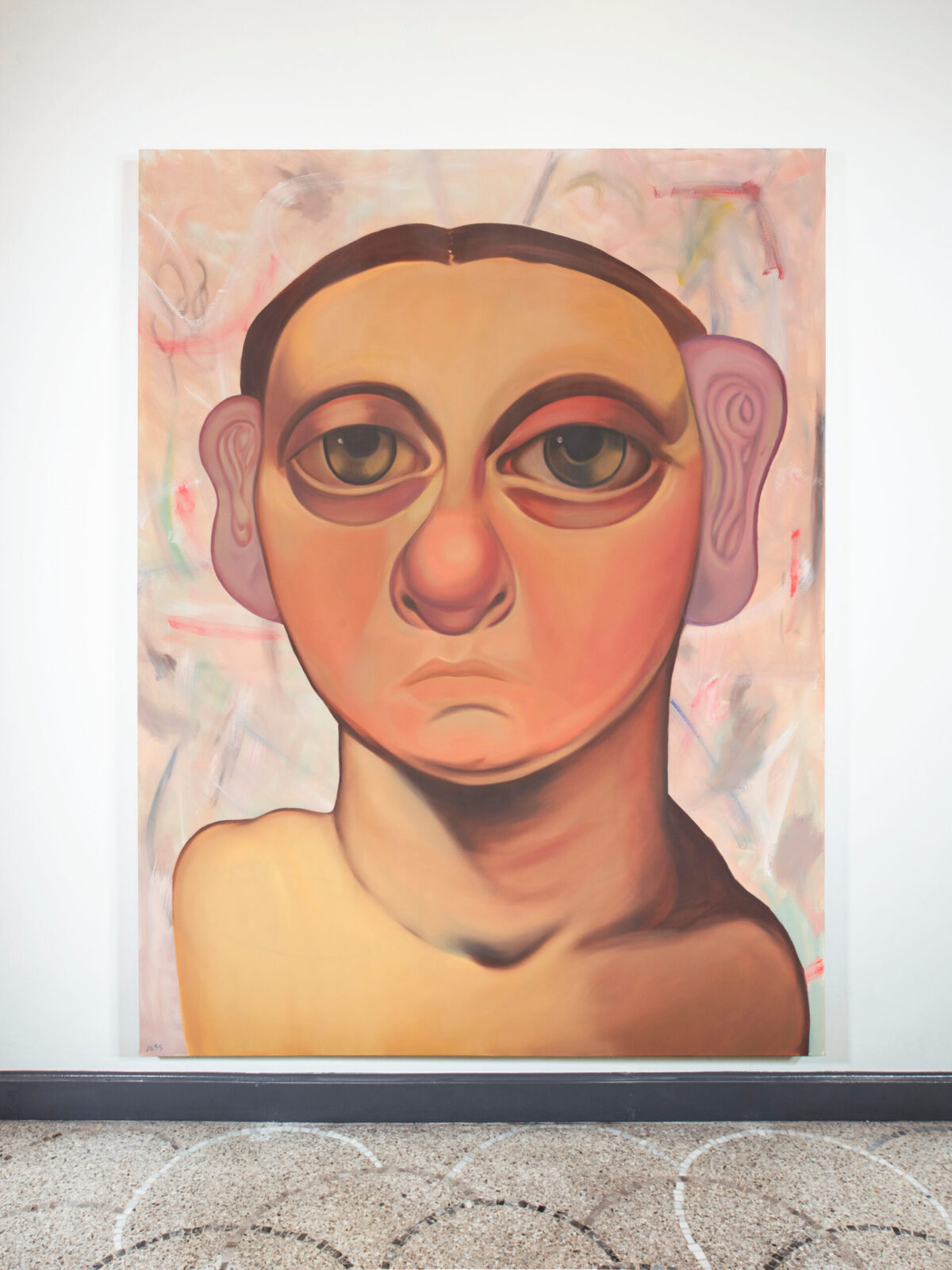 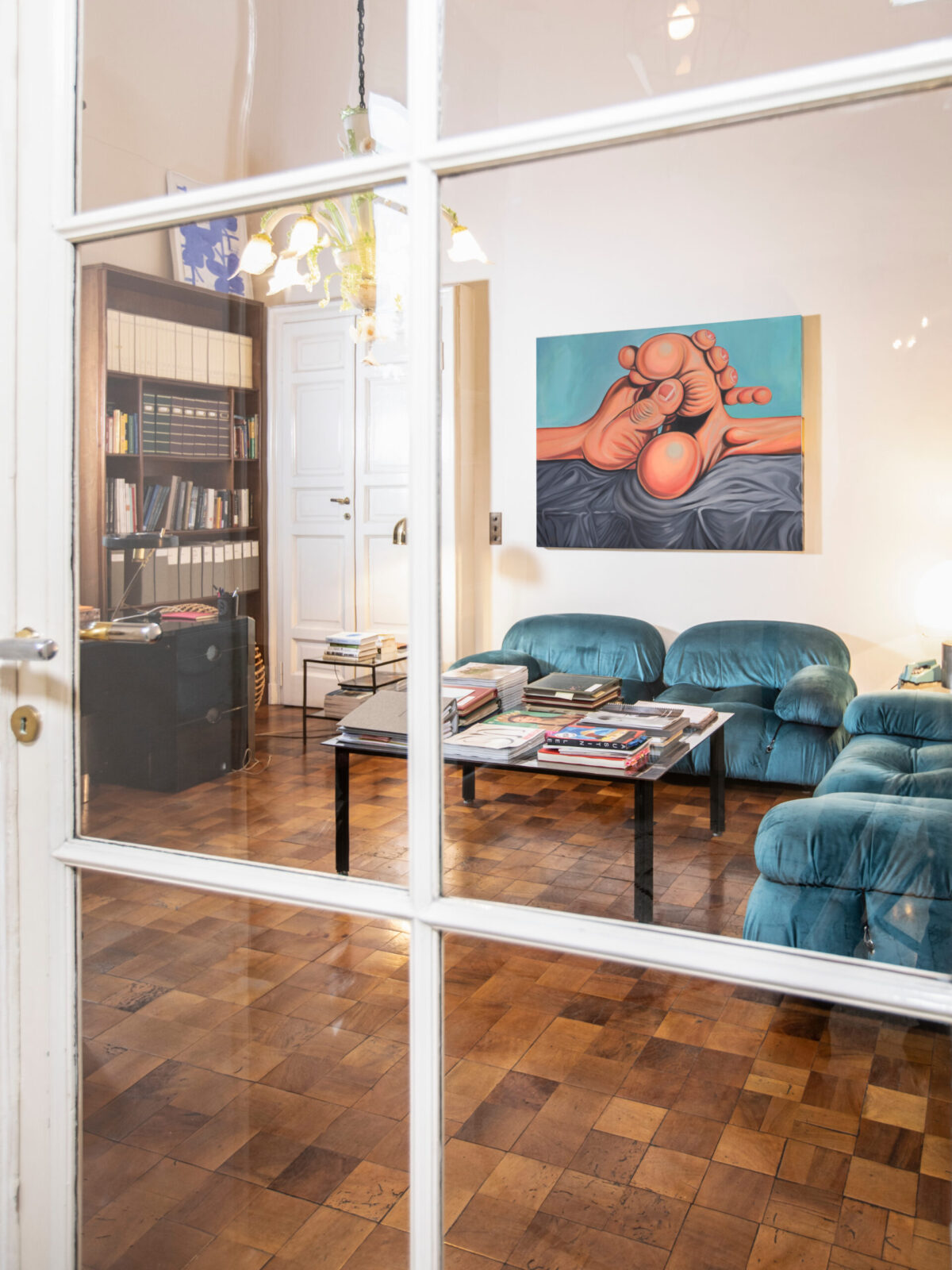 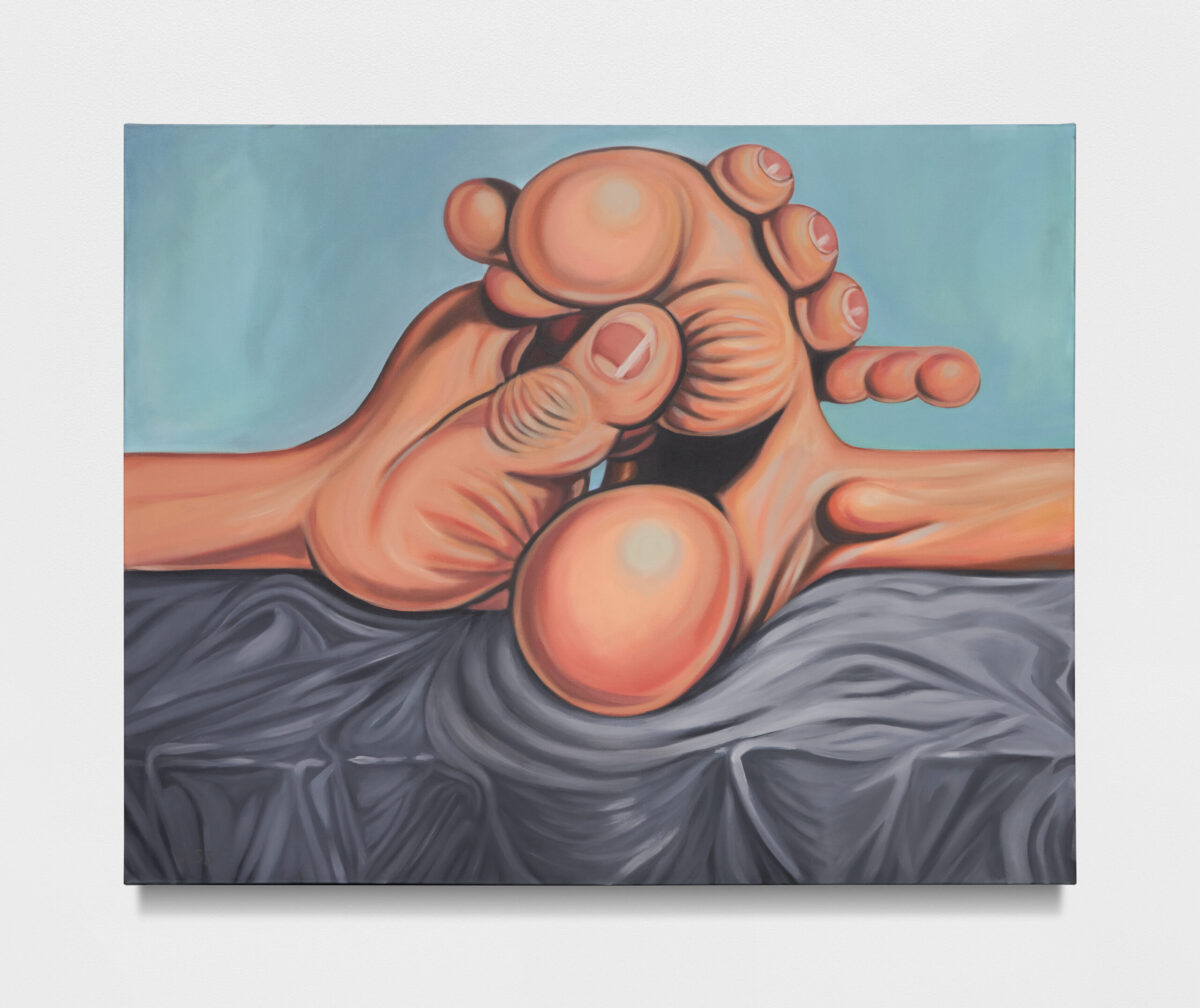 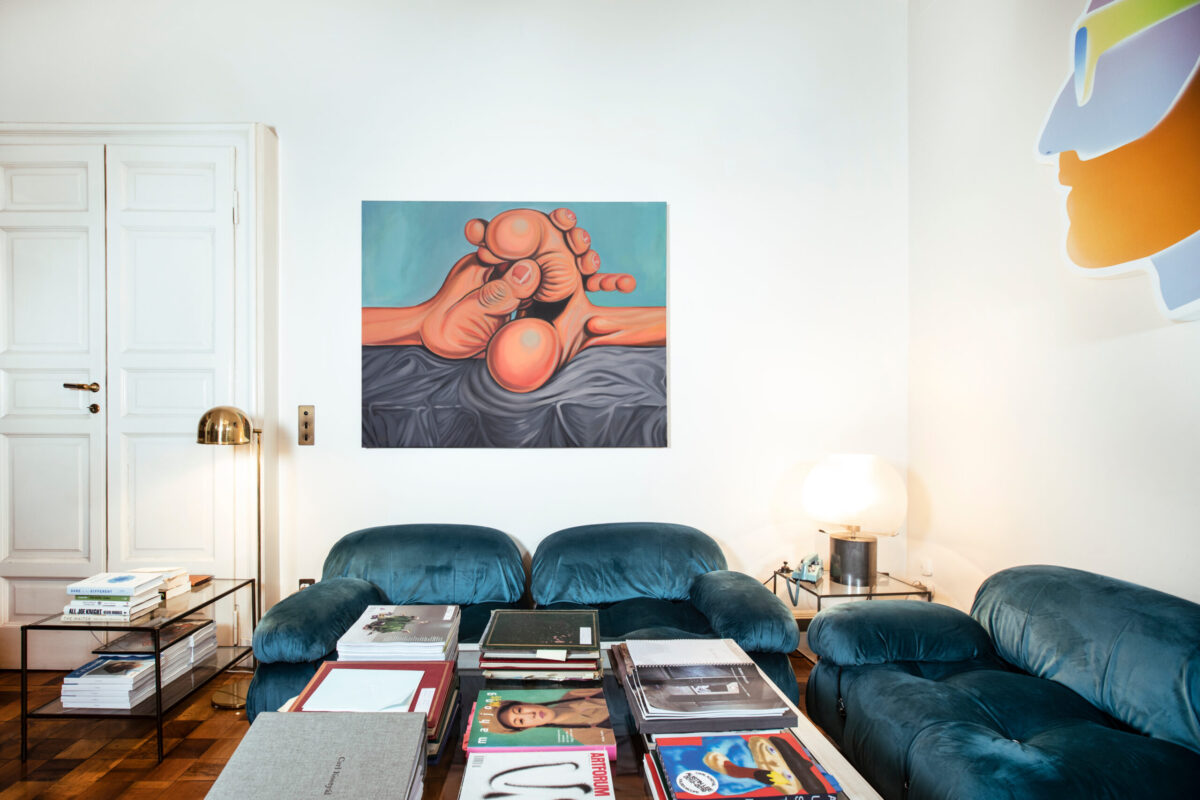 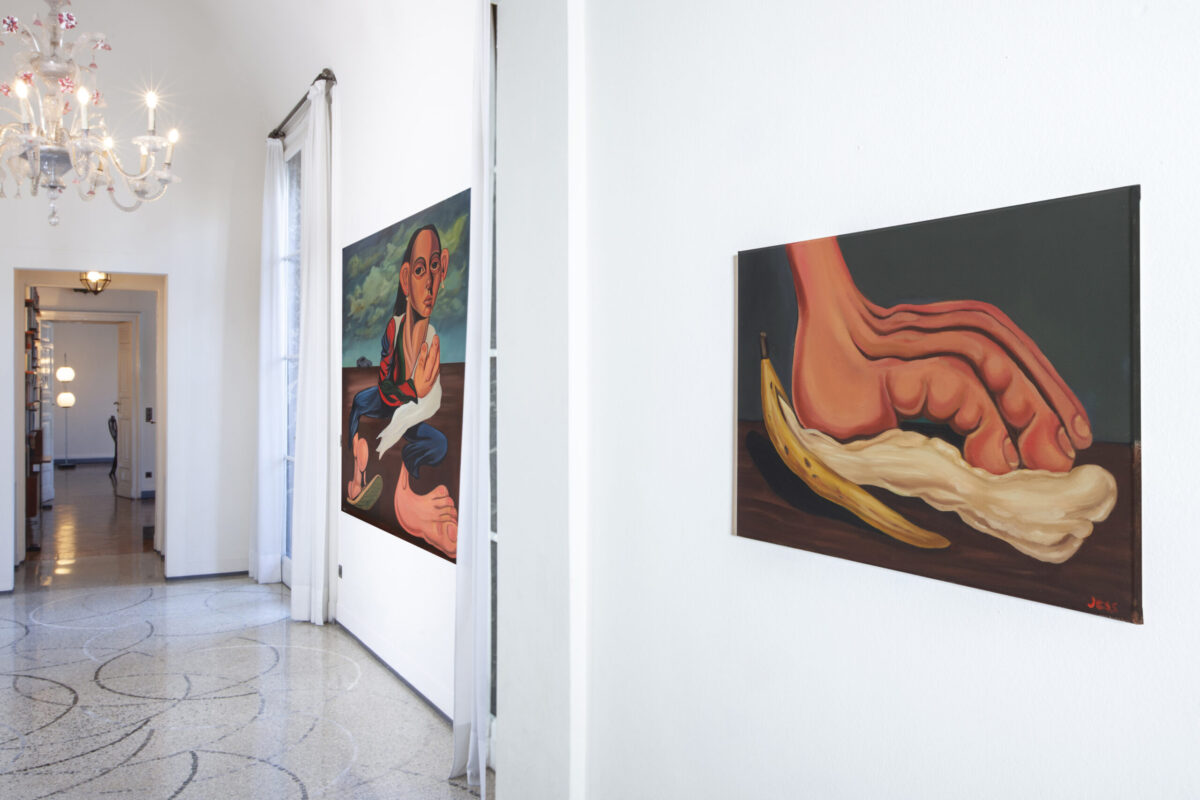 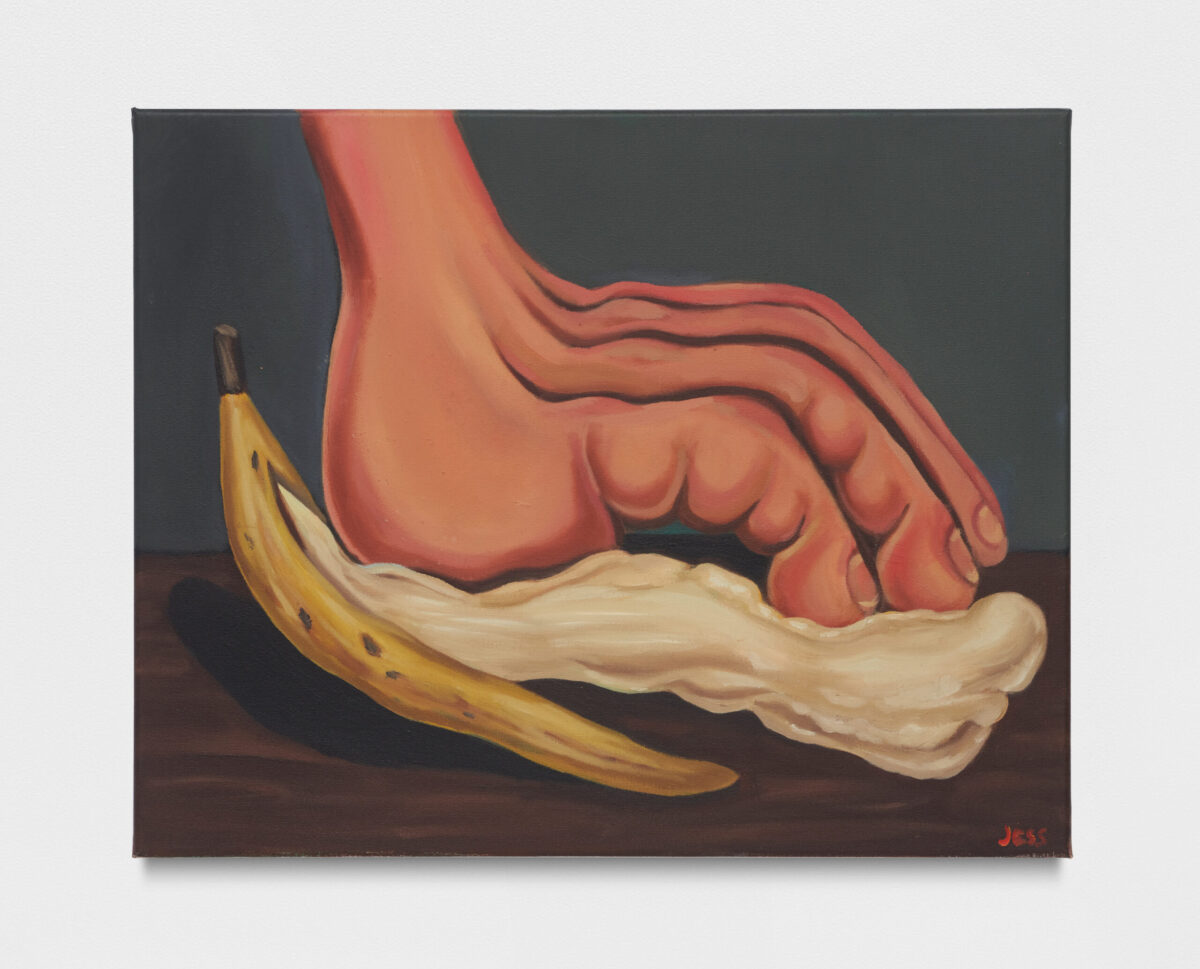 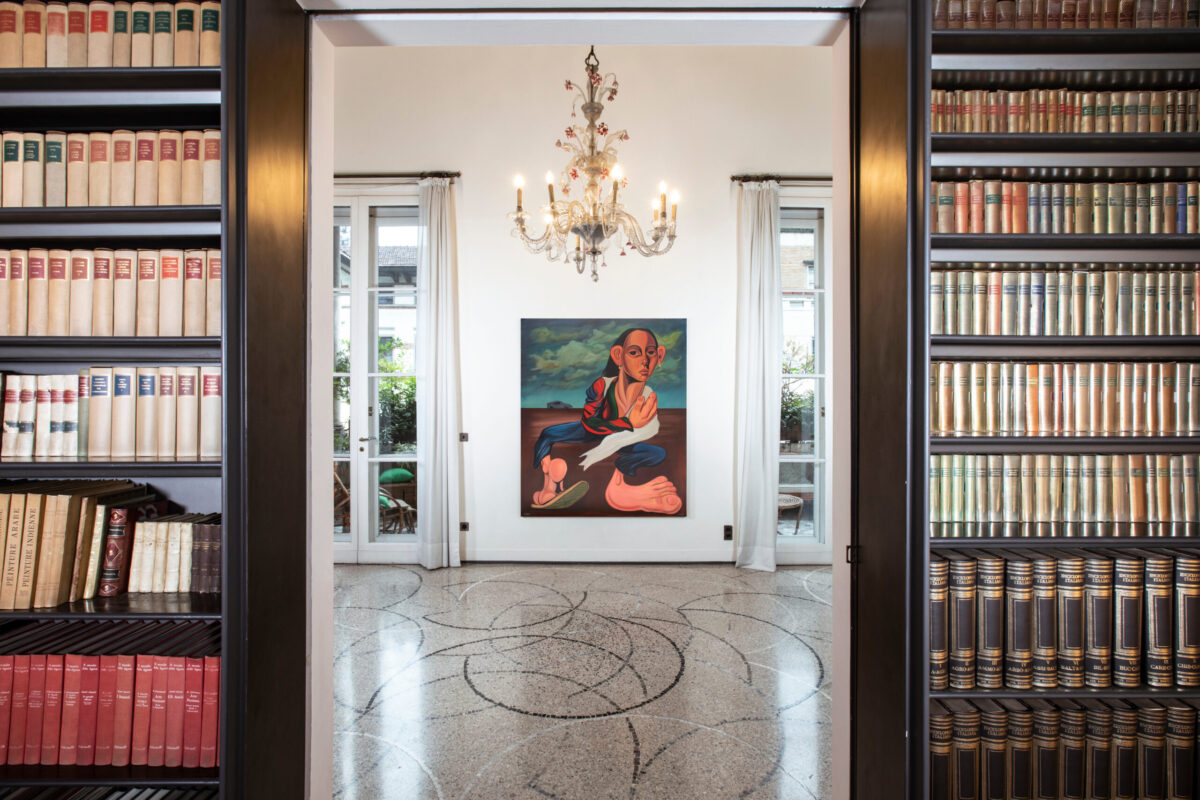 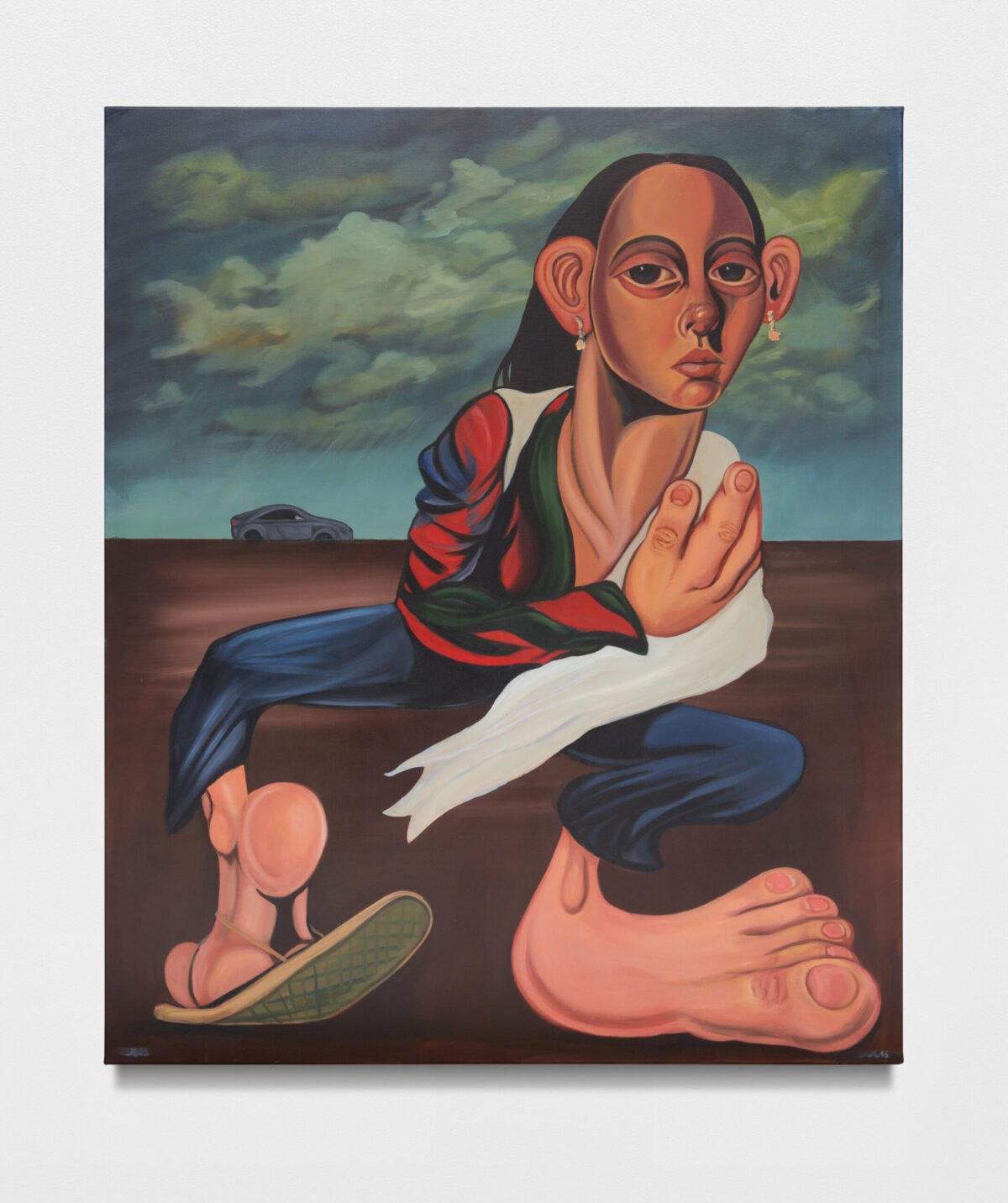 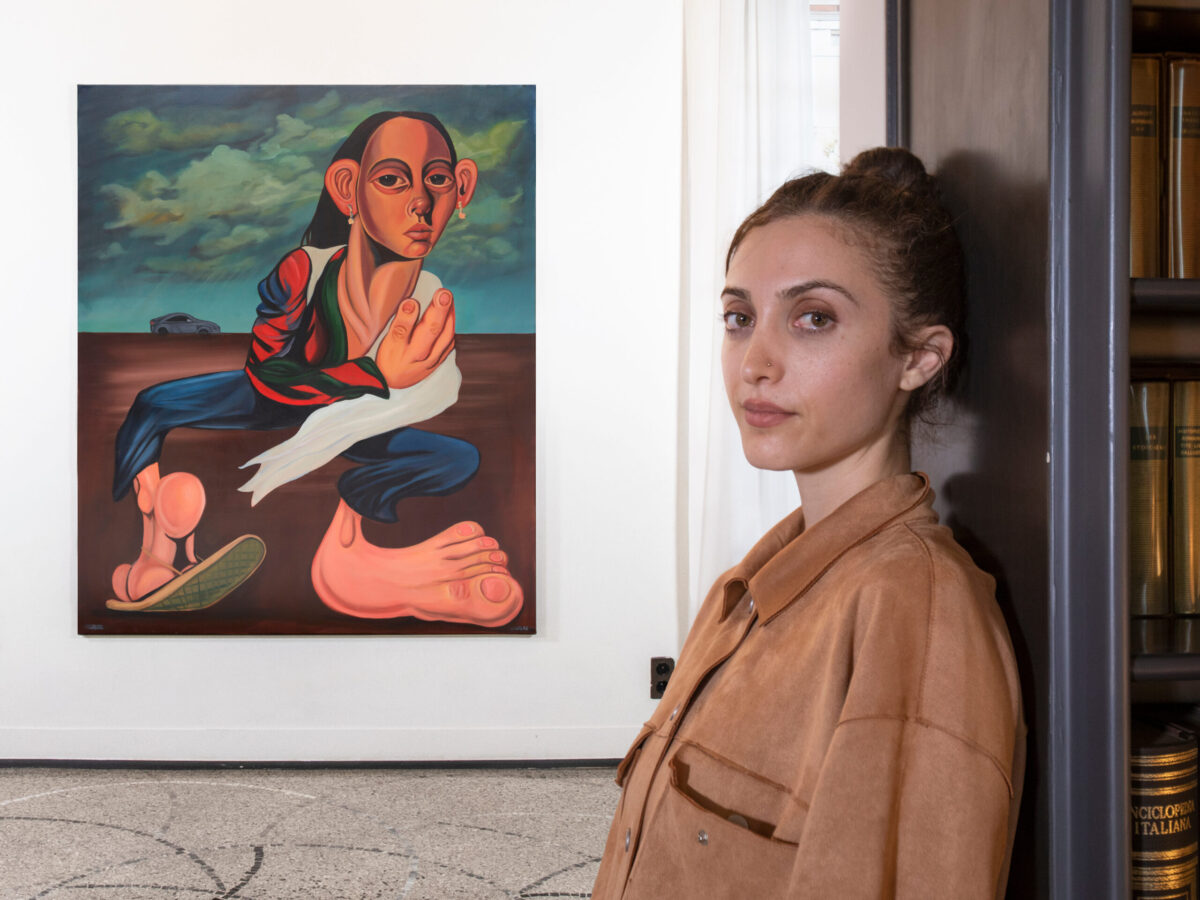 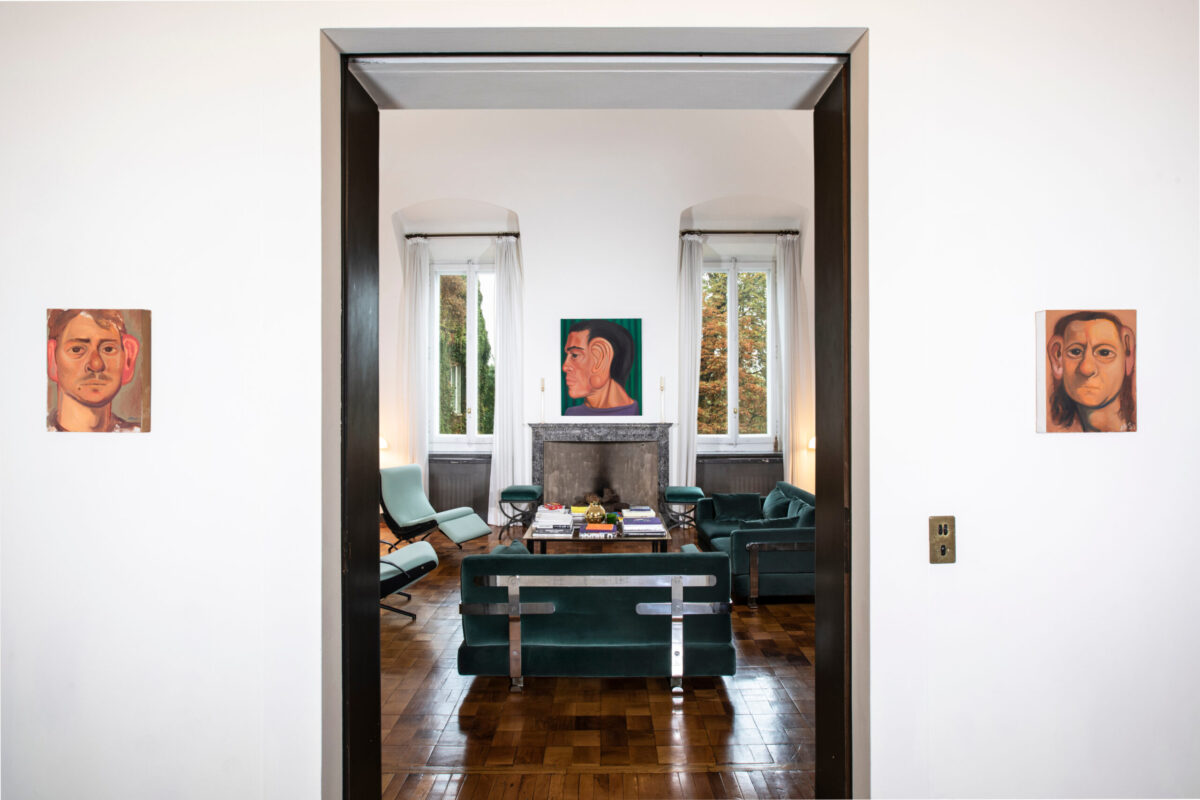 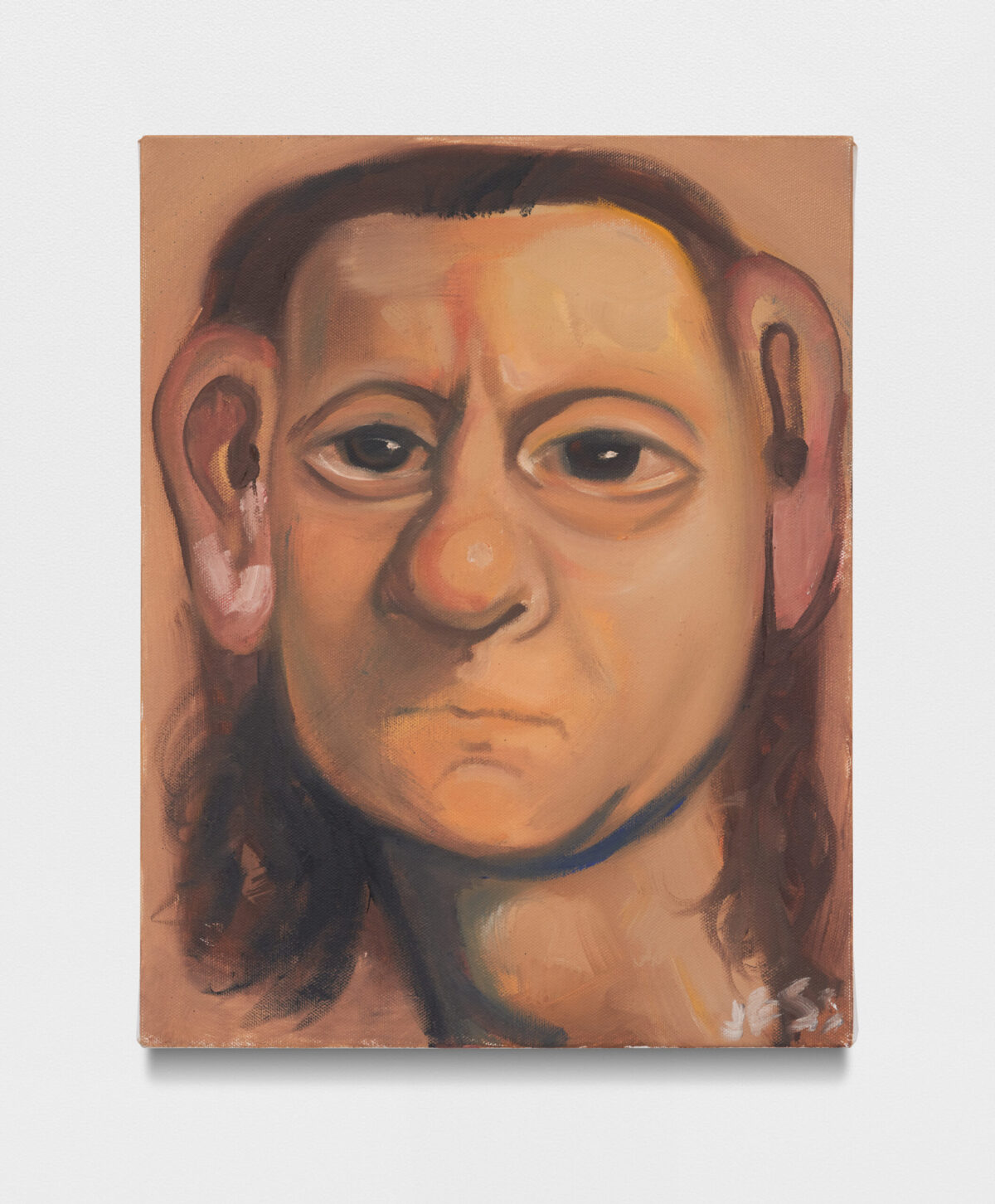 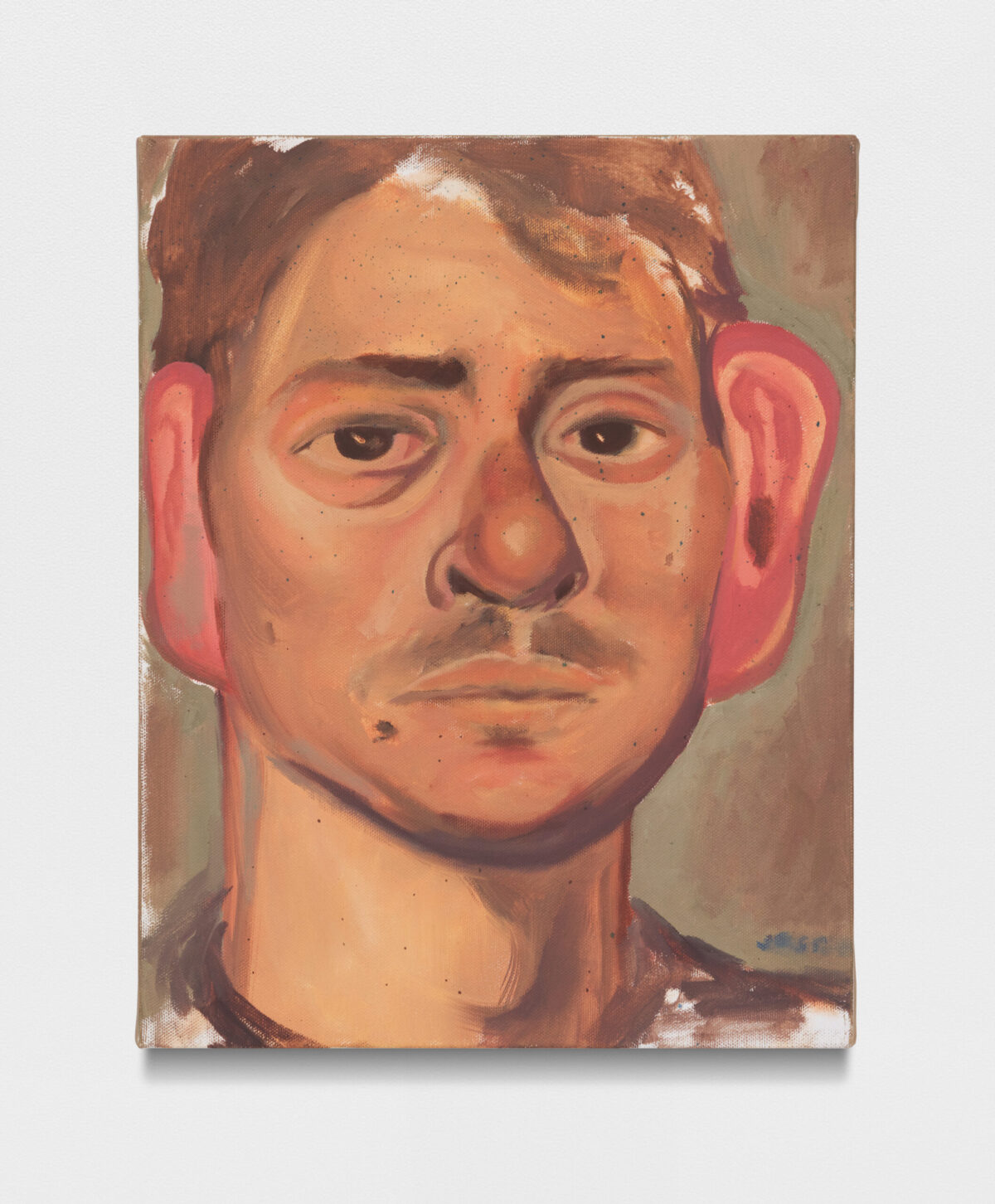 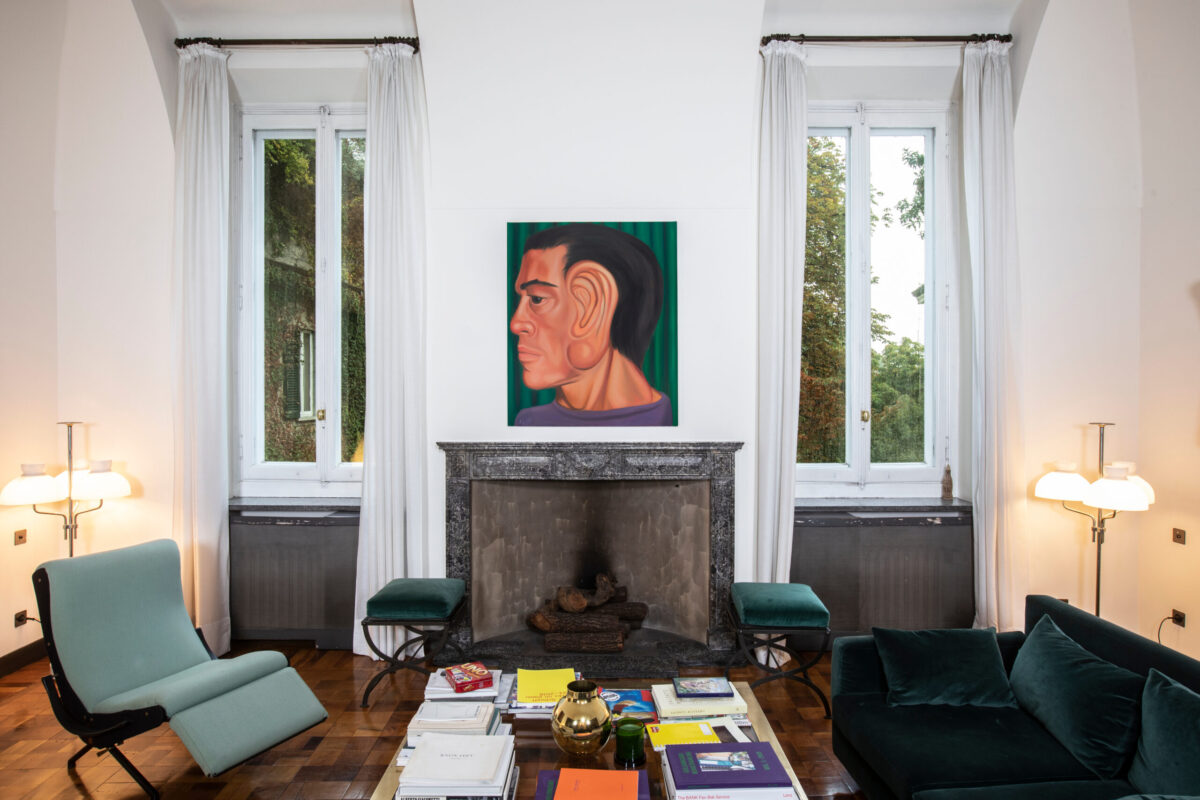 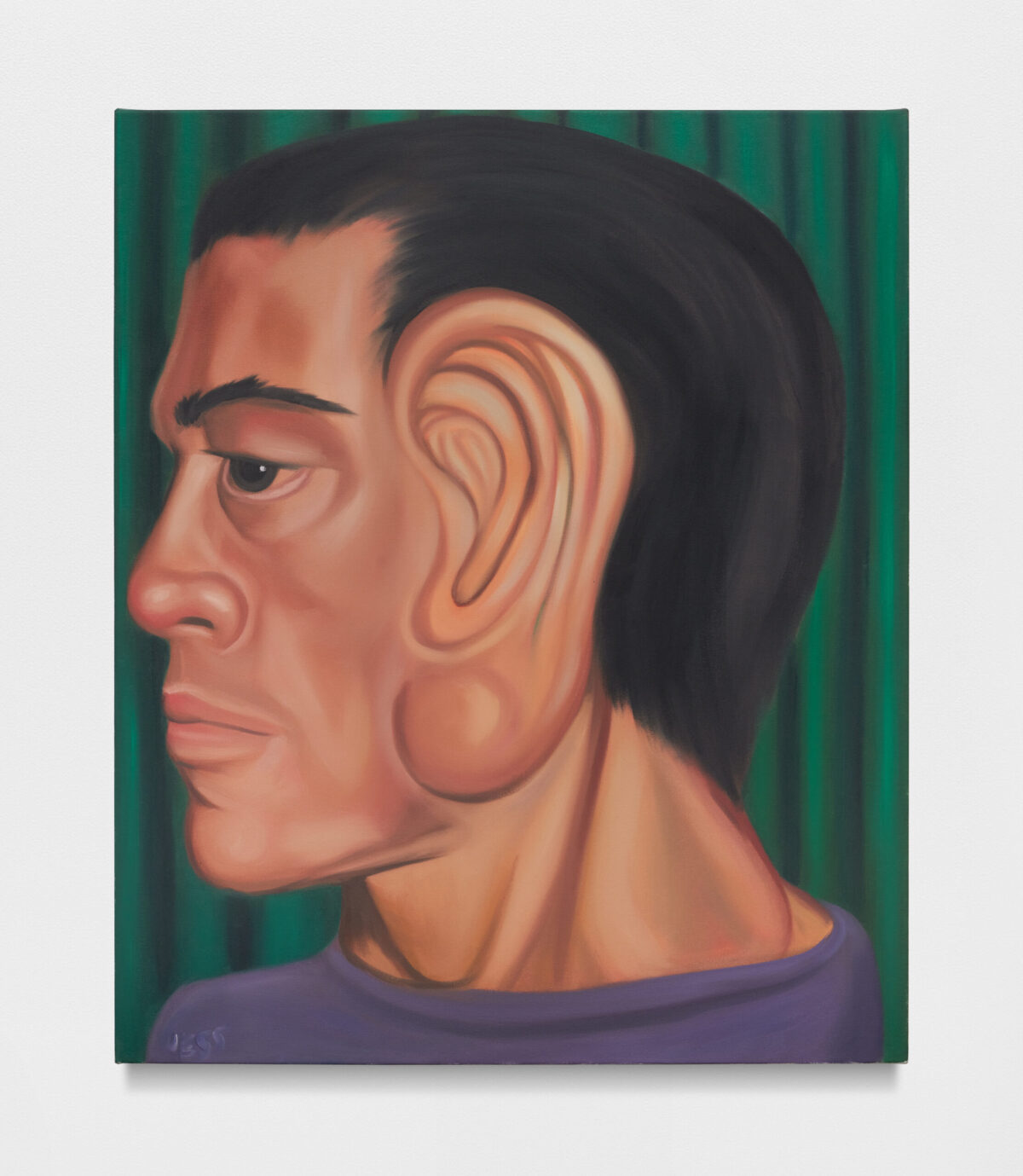 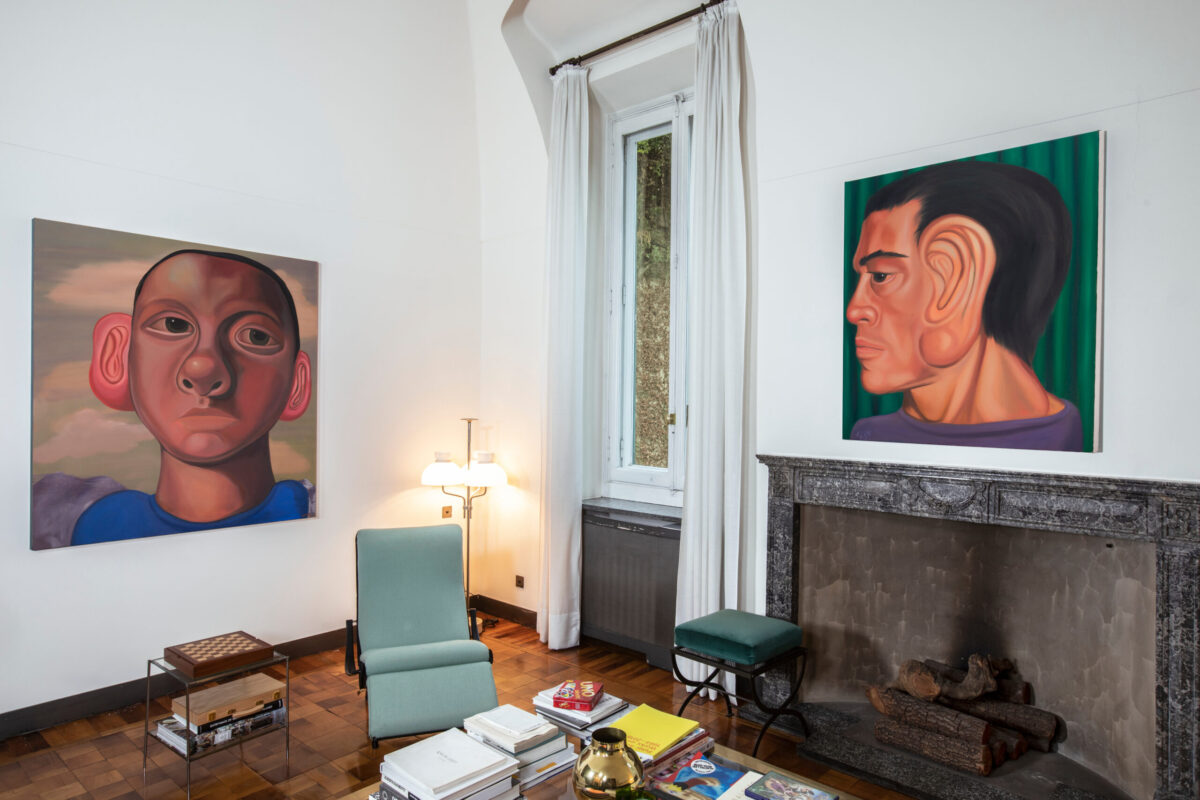 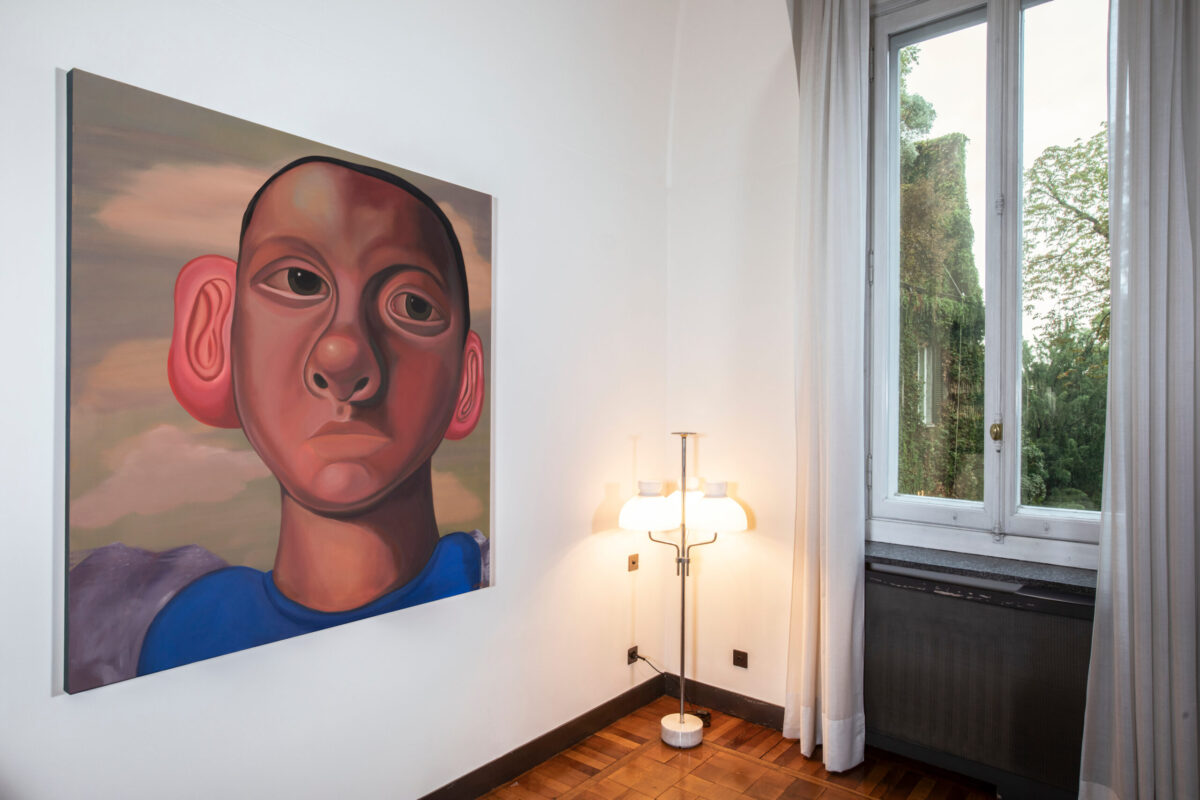 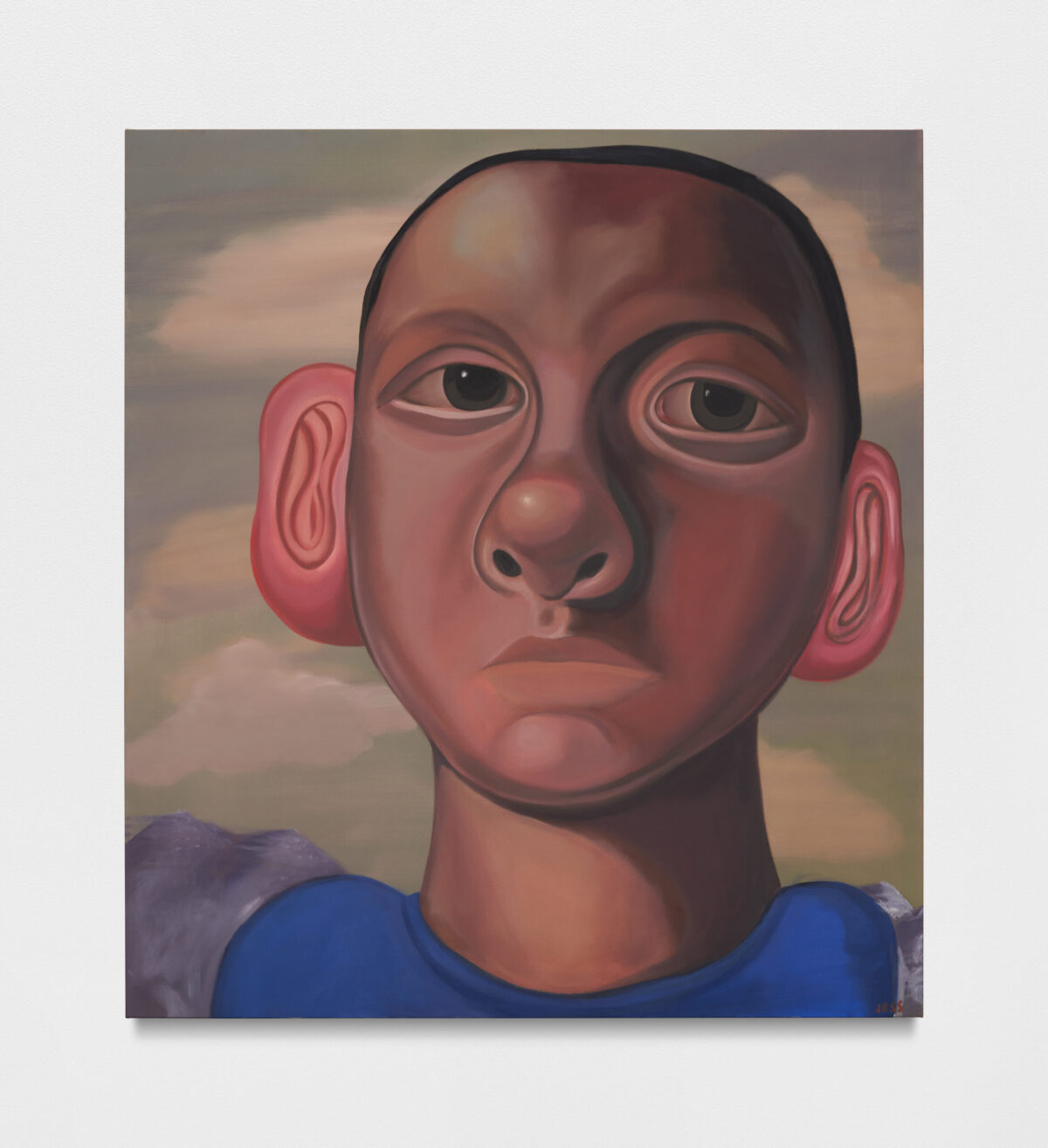 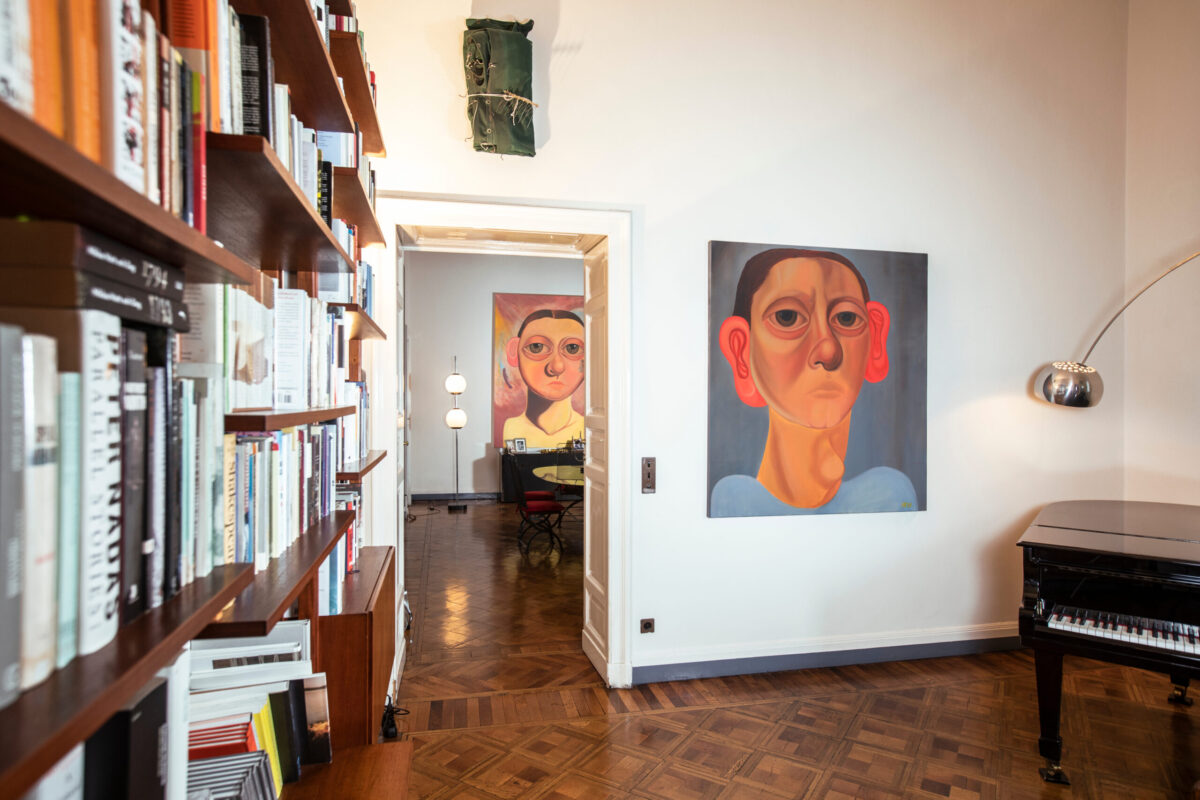 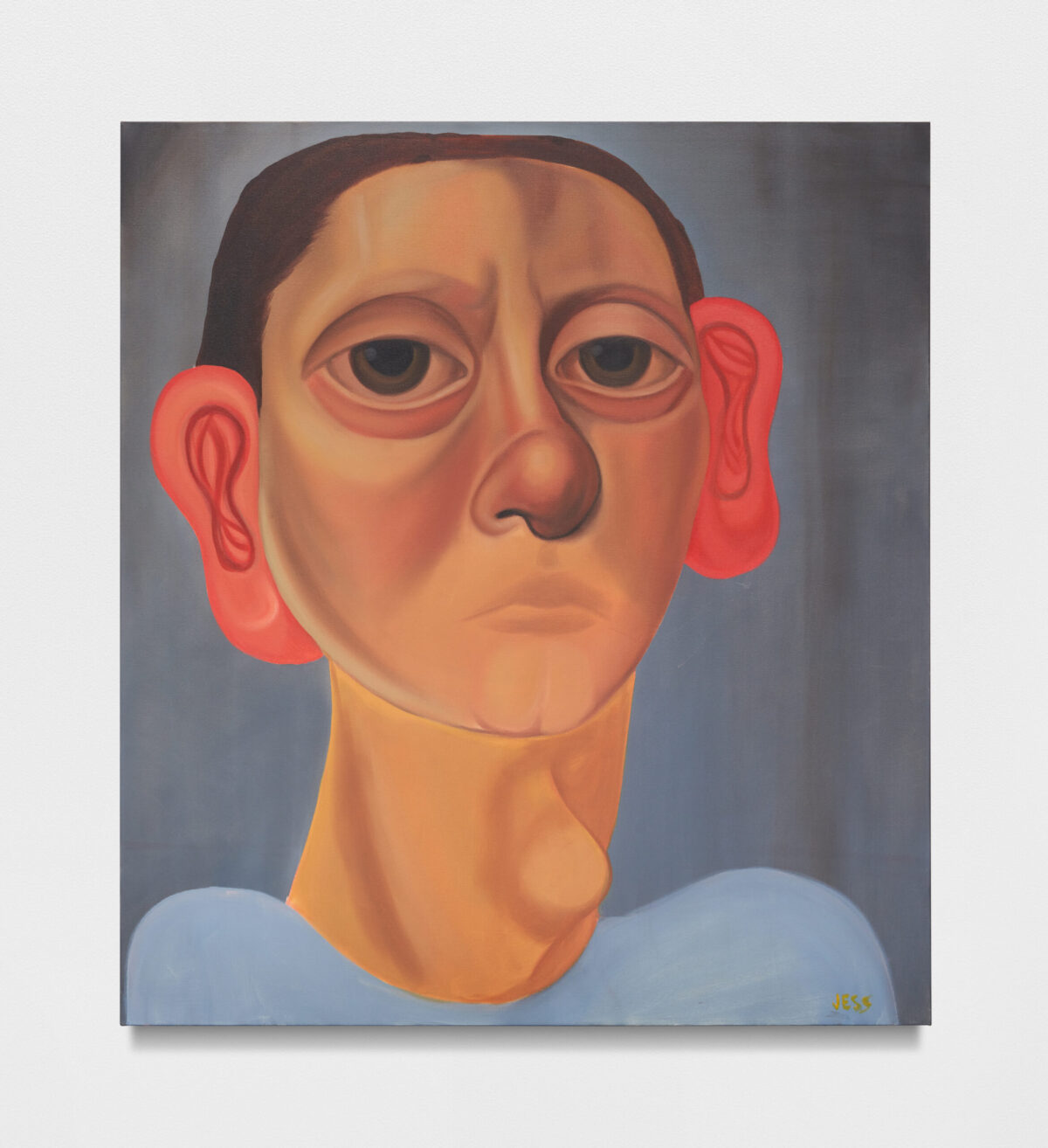 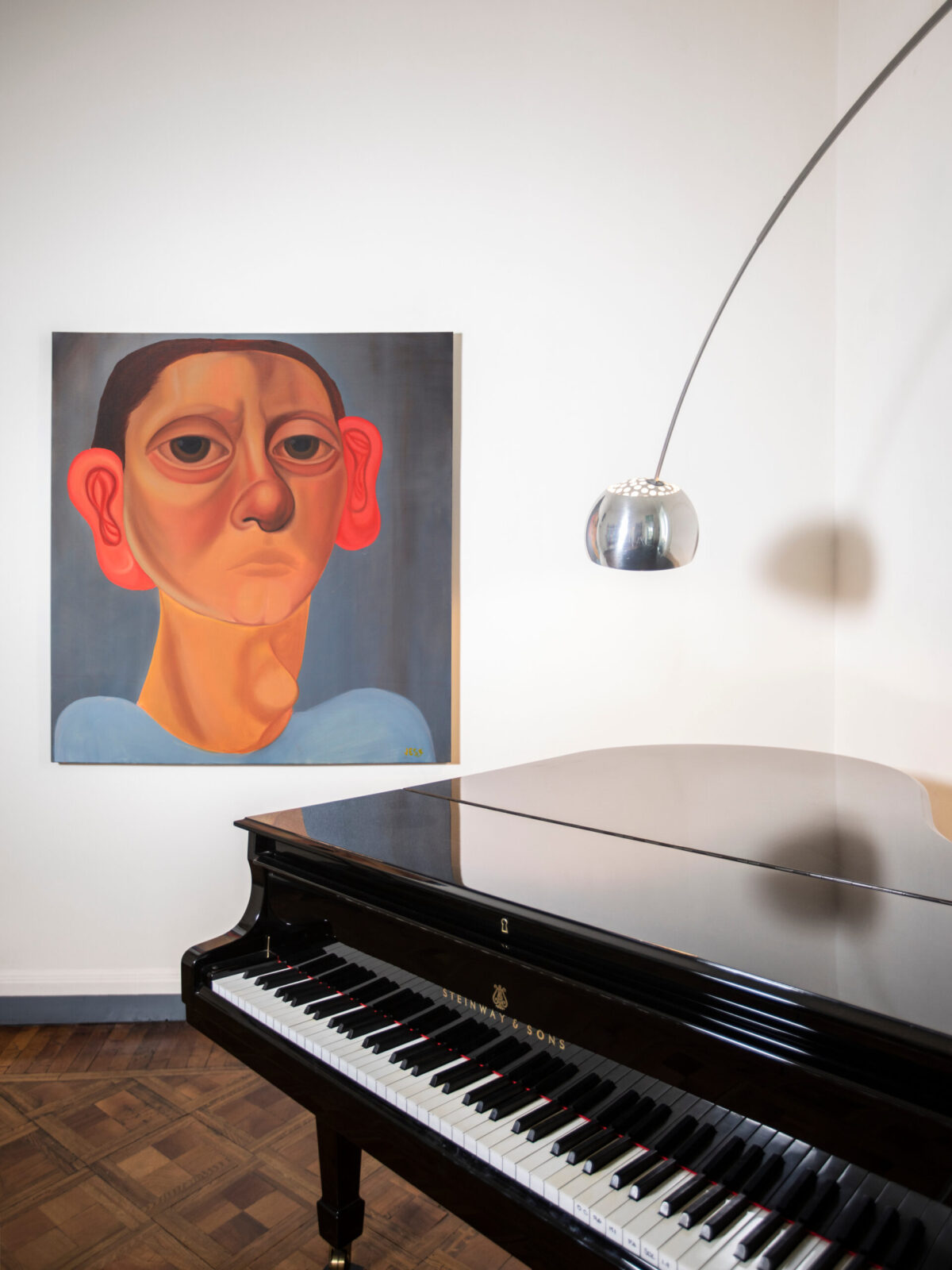 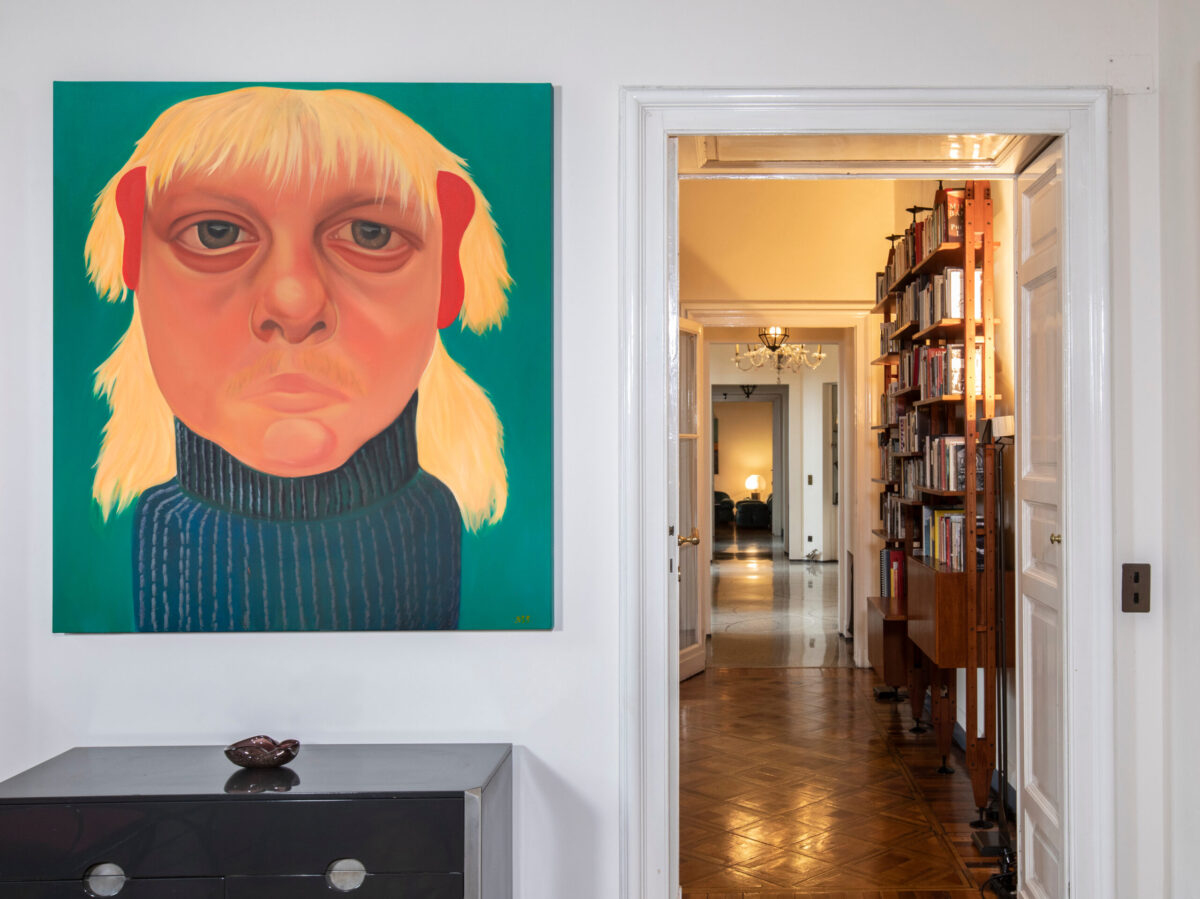 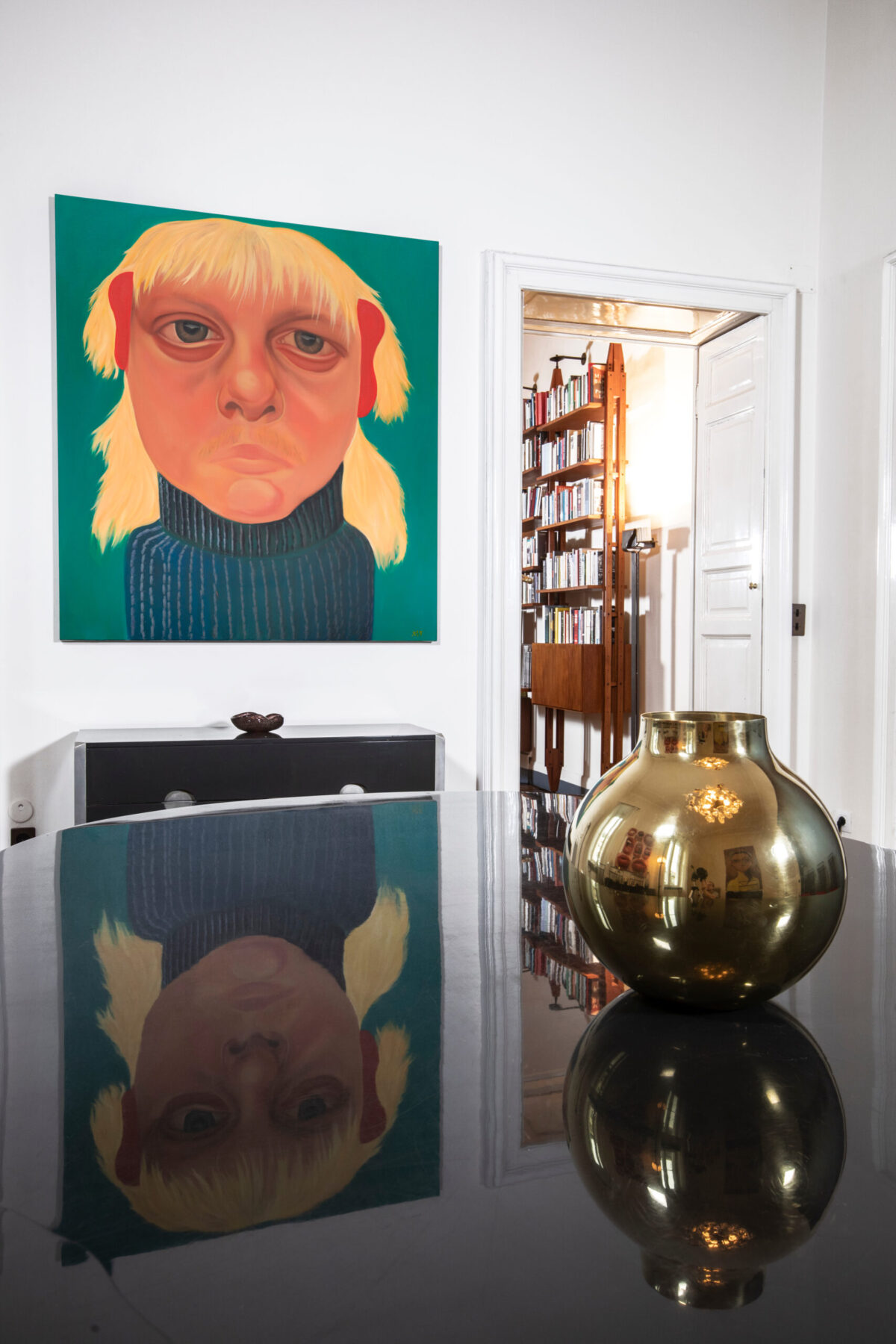 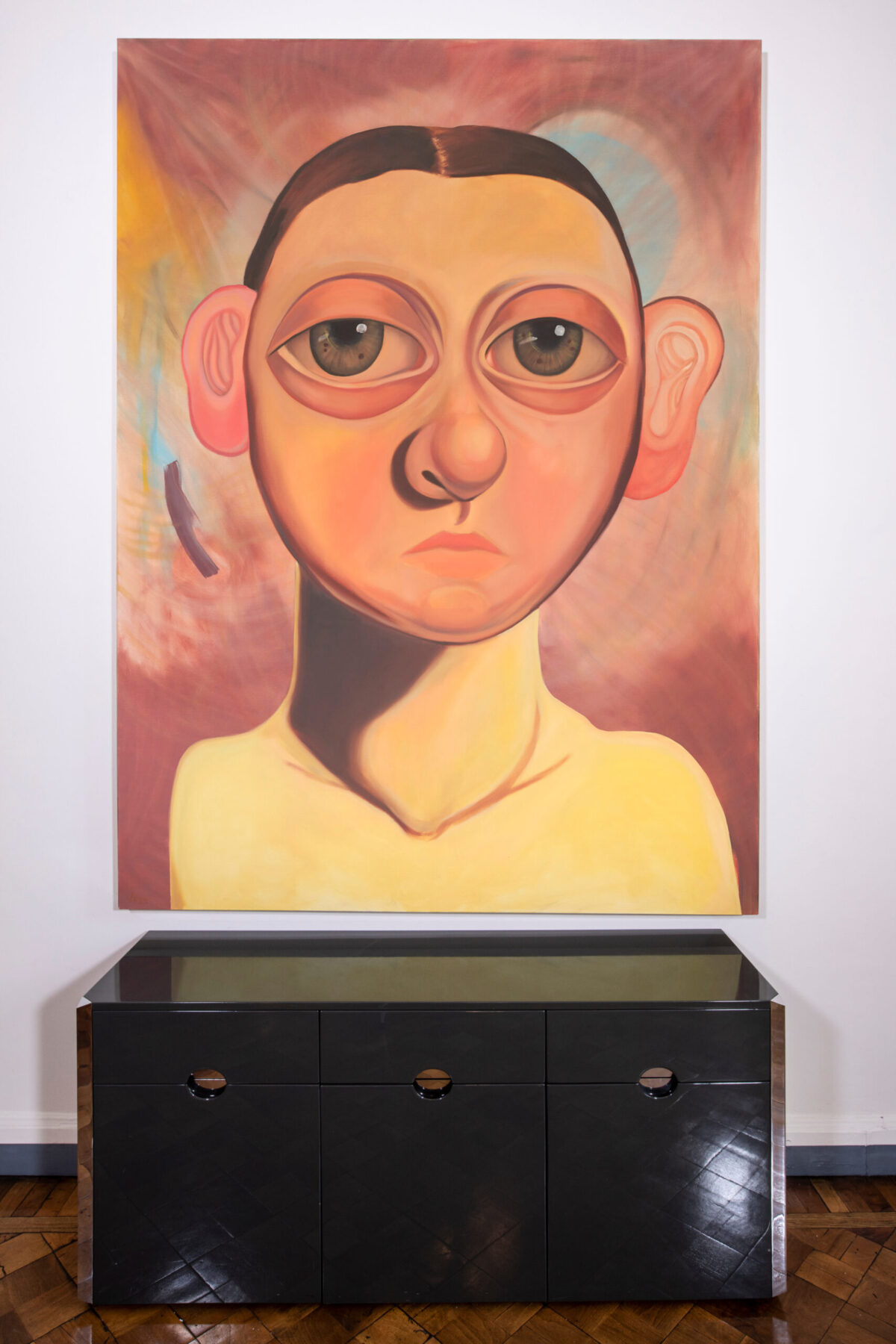 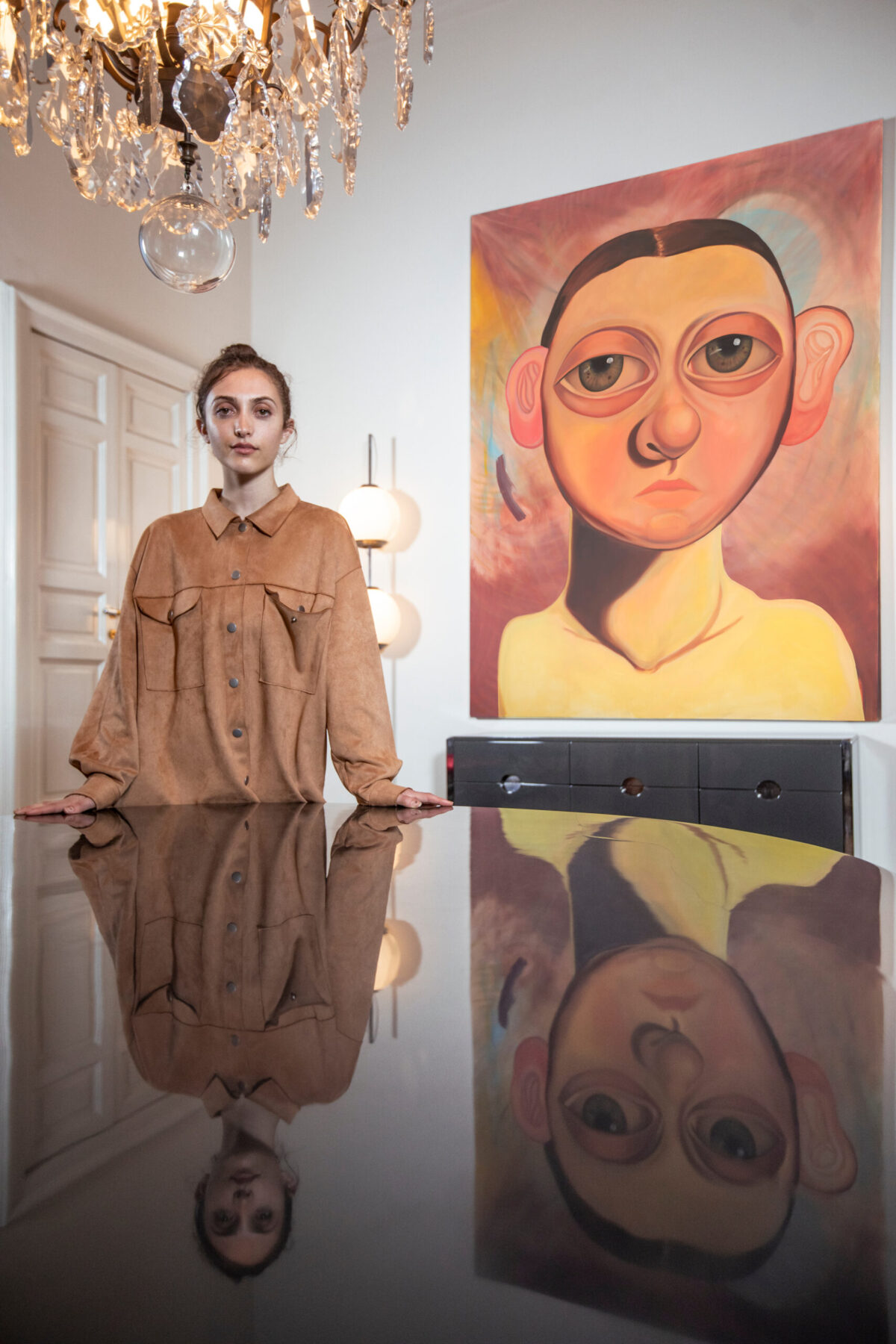 Born 1996 in San Fernando Valley, California, Valice lives and works in Los Angeles, CA. Having initially studied Biopsychology, she decided to become an artist instead. She is precociously gifted, both as a painter and in her handling of space. For this exhibition, she has made a series of large and small scale portraits in oil.

Bold in scale and unflinching in their gaze, the face of the artist gazes out at us, like selfies rendered confidently, masterfully in oil. The artist as meme. Her other subjects are an idea of what God might look like, other friends, but it is always the artist’s own eyes that look back at us, pensive, uncertain, lost in mourning for her father, who hailed from Italy and whom she recently lost, all too young. Valice pays compositional homage to the classical tradition of portraiture. The distorted perspectives of foreground versus background and the staged backdrops hark back to 17th Flemish pastoral landscapes. But her characters, though cast in a more subtle palette,  also share a cartoonish voice with the clownishness of George Condo, the outrageous figures of Phillip Guston, the bold and monumental gestures of Dana Schutz, their exaggerated extremities, feet, hands and ears looming, oversize, like Popeye’s bulging biceps, from the picture plane, pulling the rug of assumed gravitas from underneath the painting as we study it.

These paintings have a gravitational pull that is hard to walk away from. You want to talk to this person. Comfort her. Reassure her. Argue with her perhaps. But you can’t turn your back.

Her solo show at Carl Kostyál, London opens in April 2022