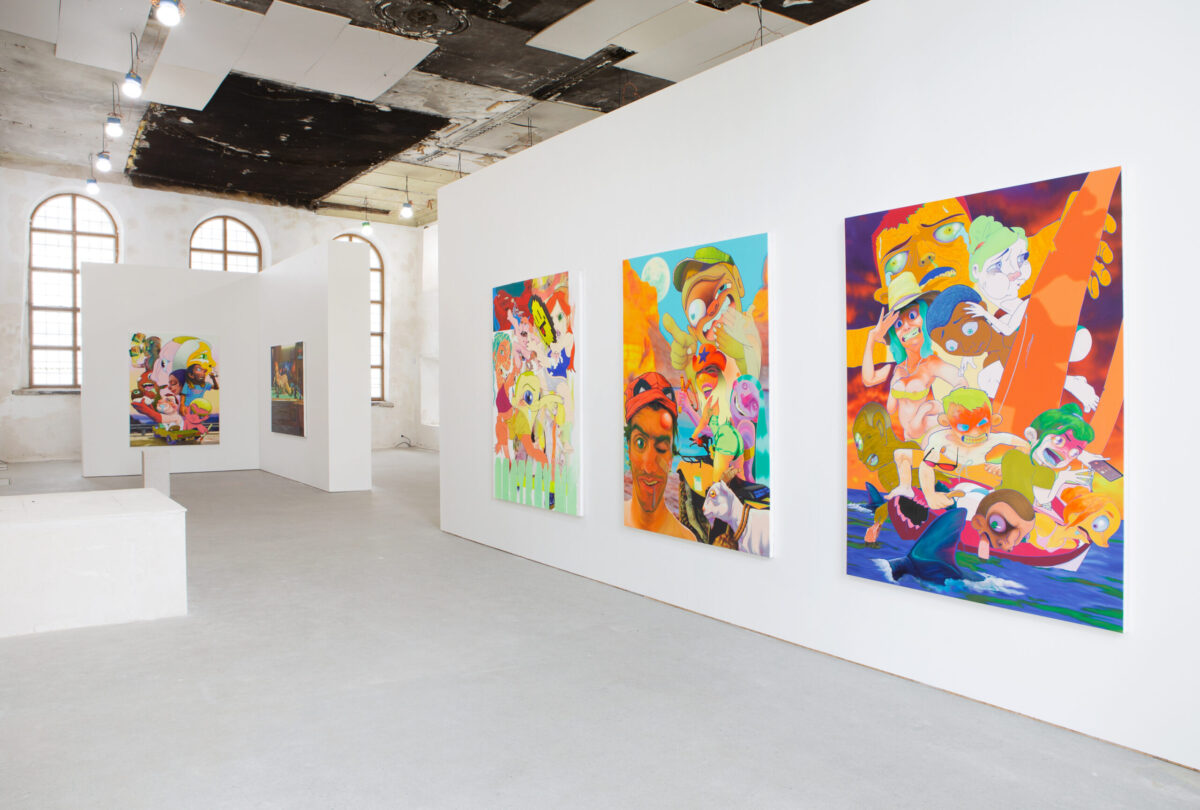 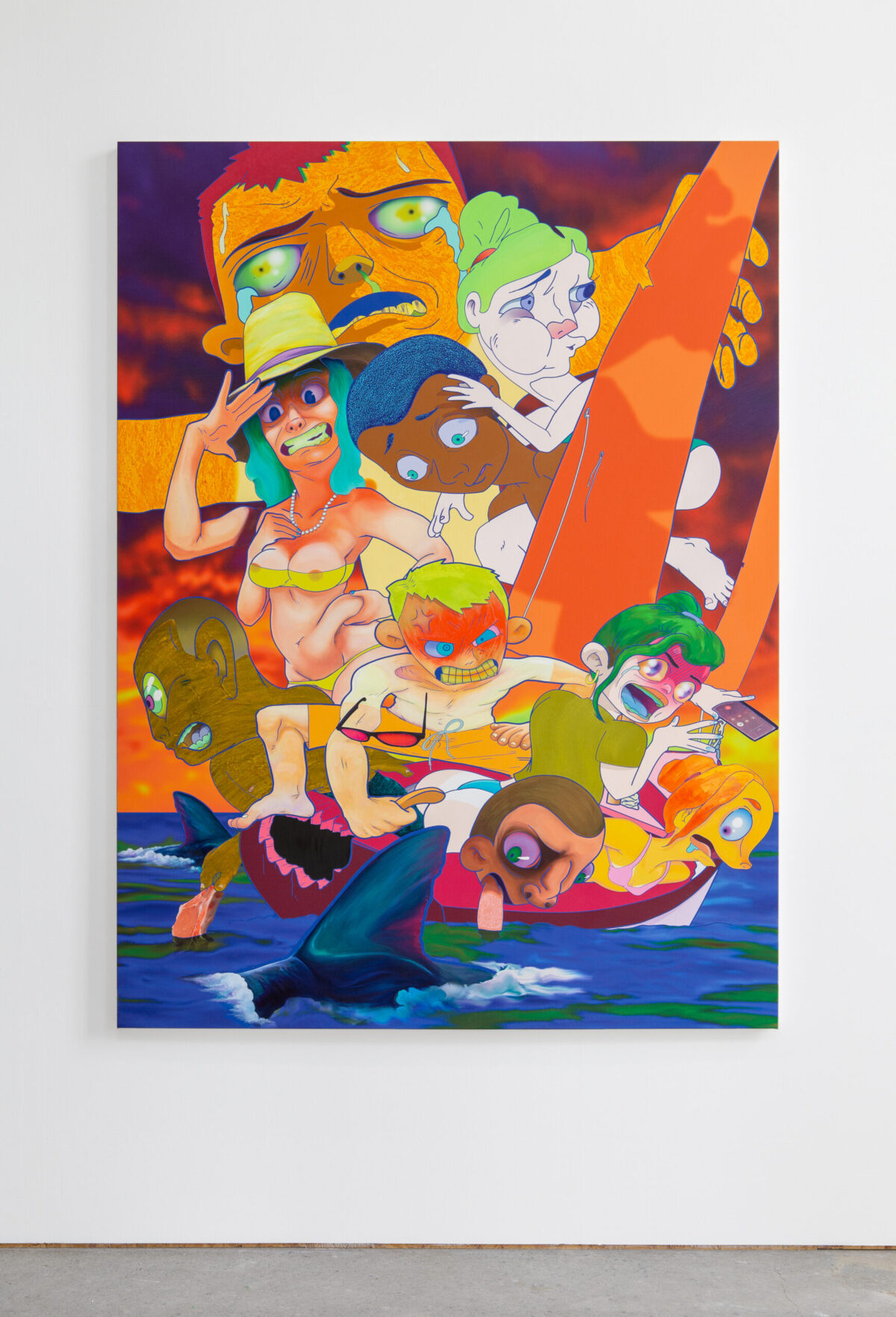 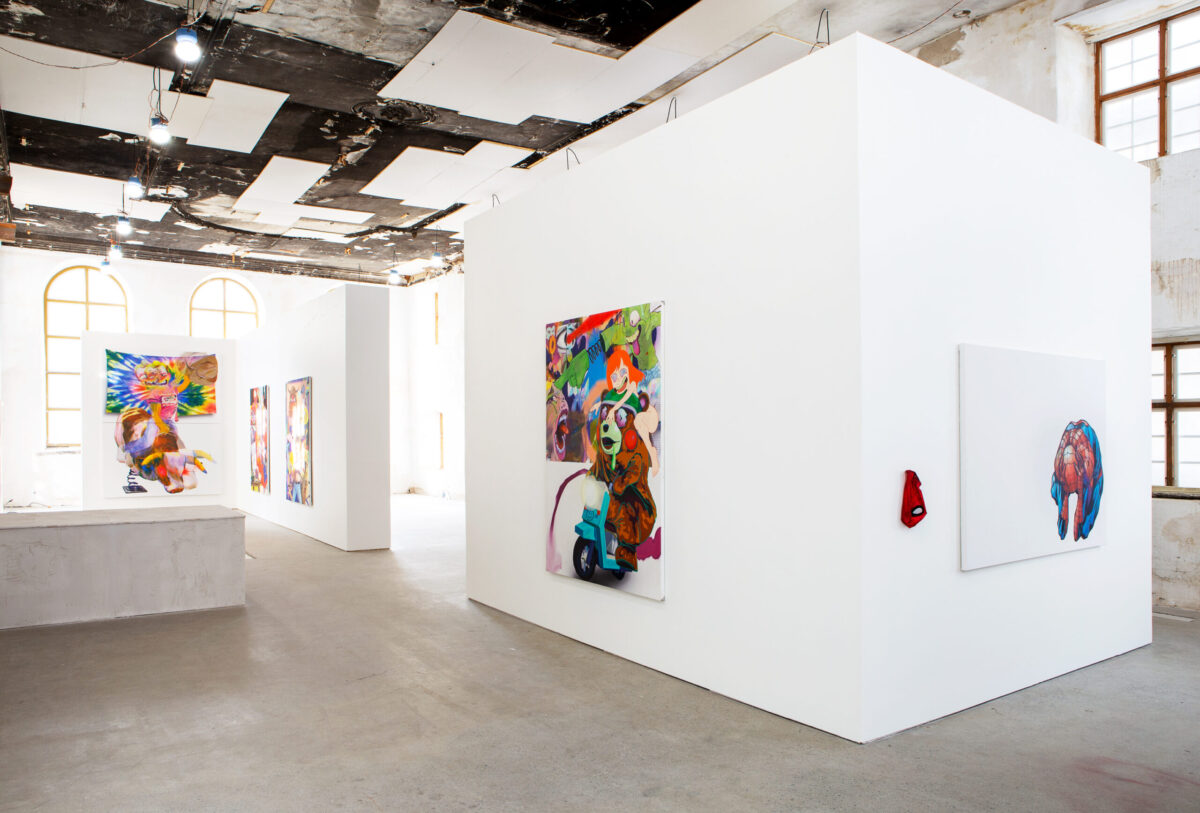 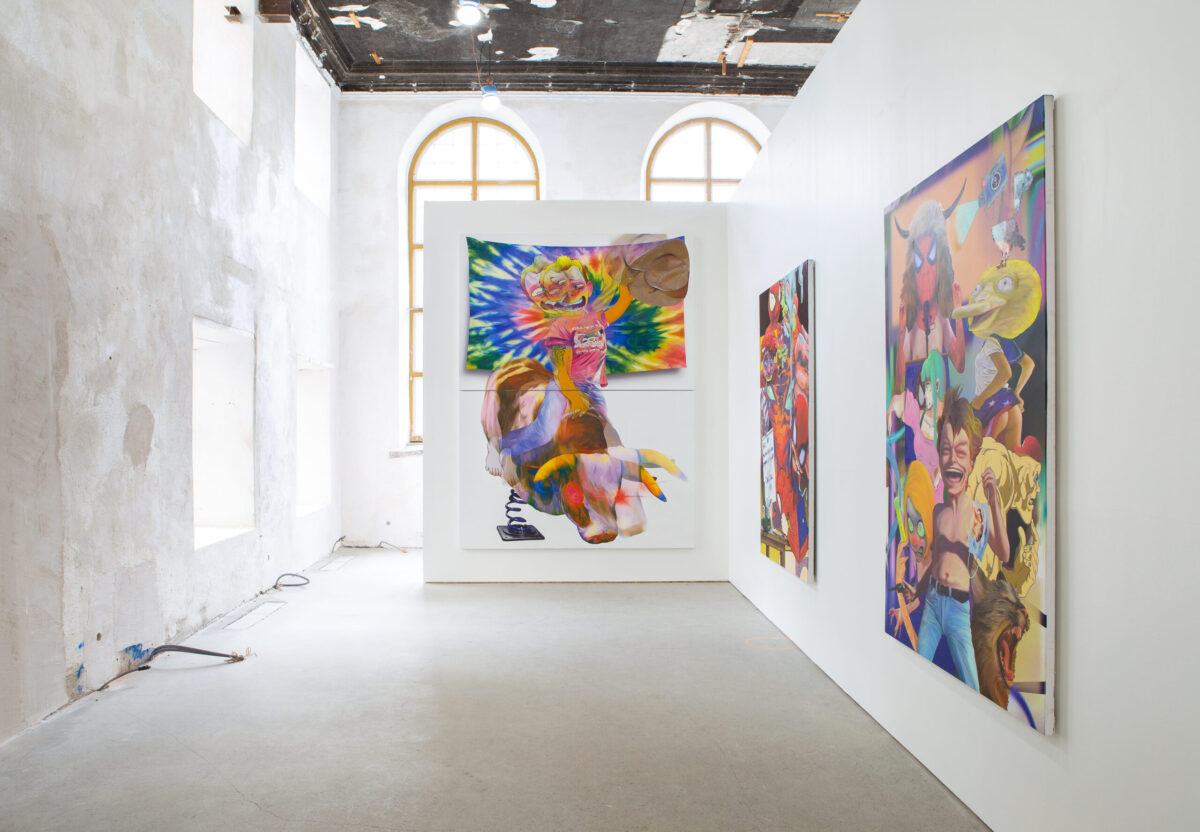 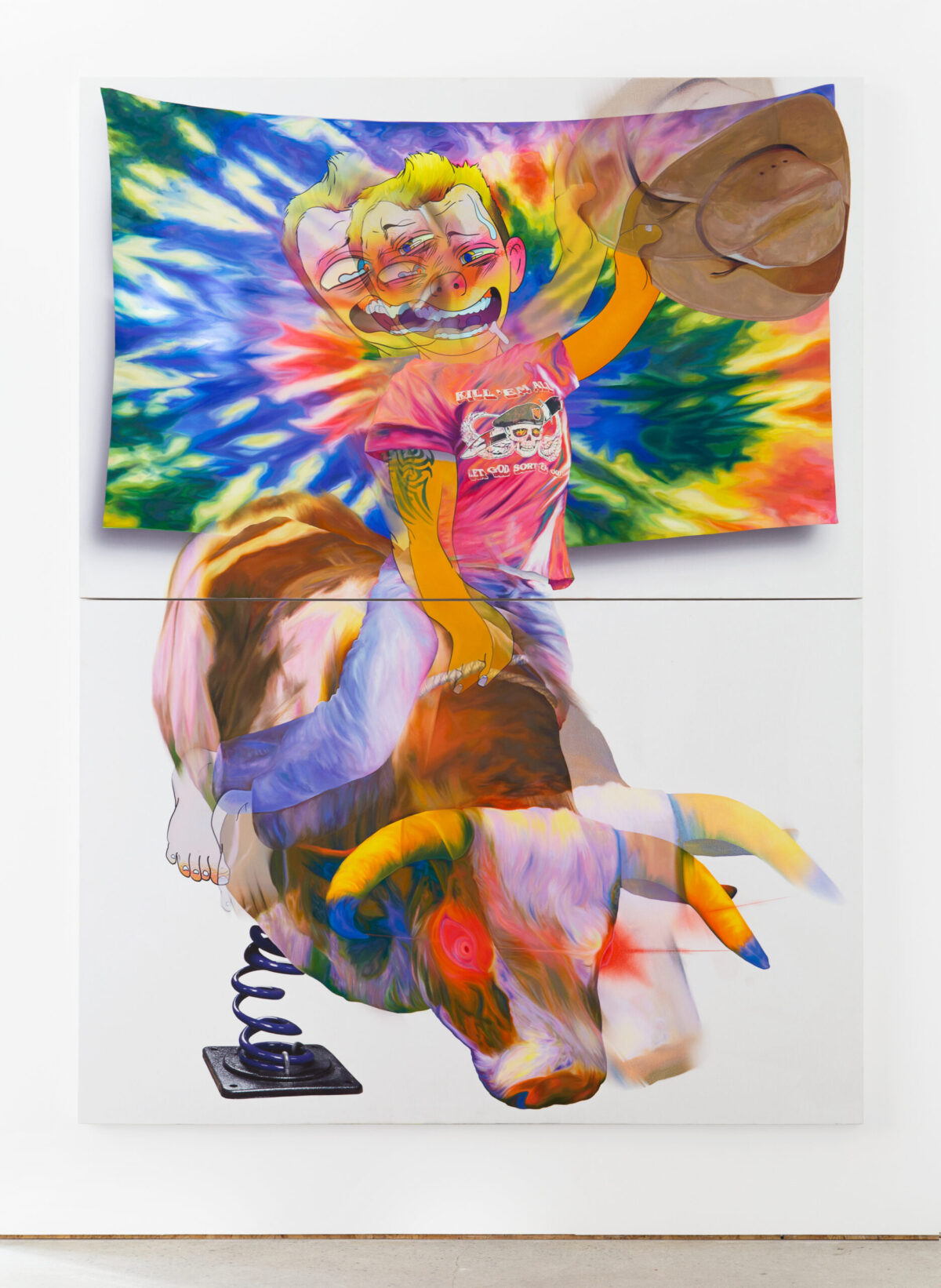 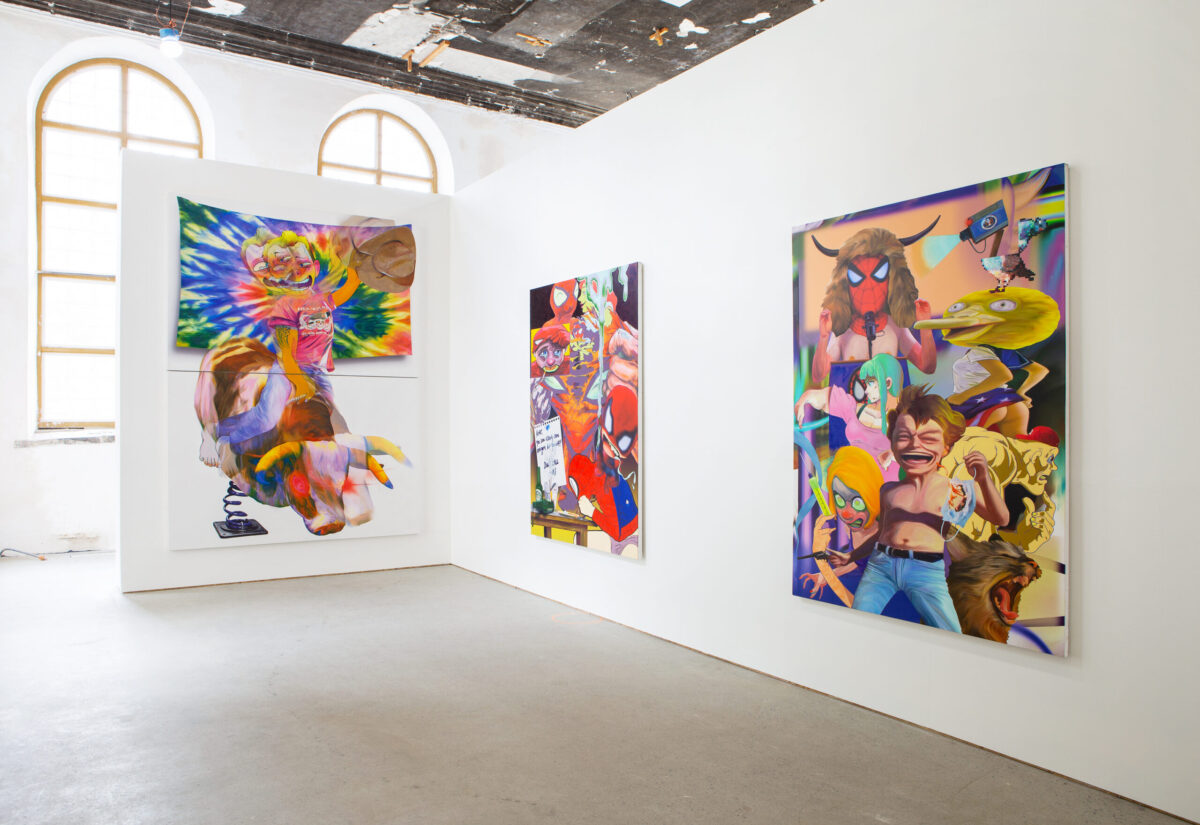 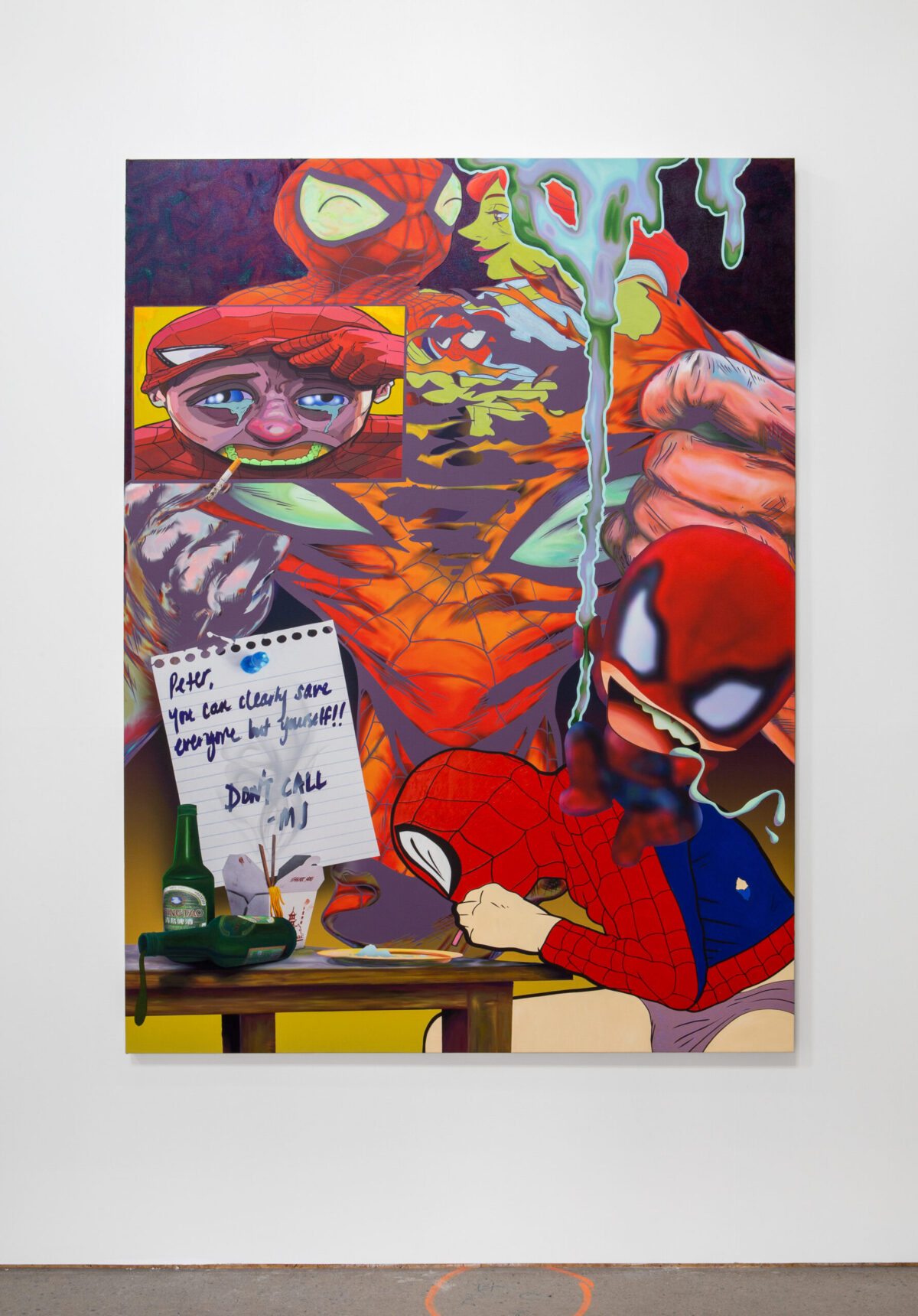 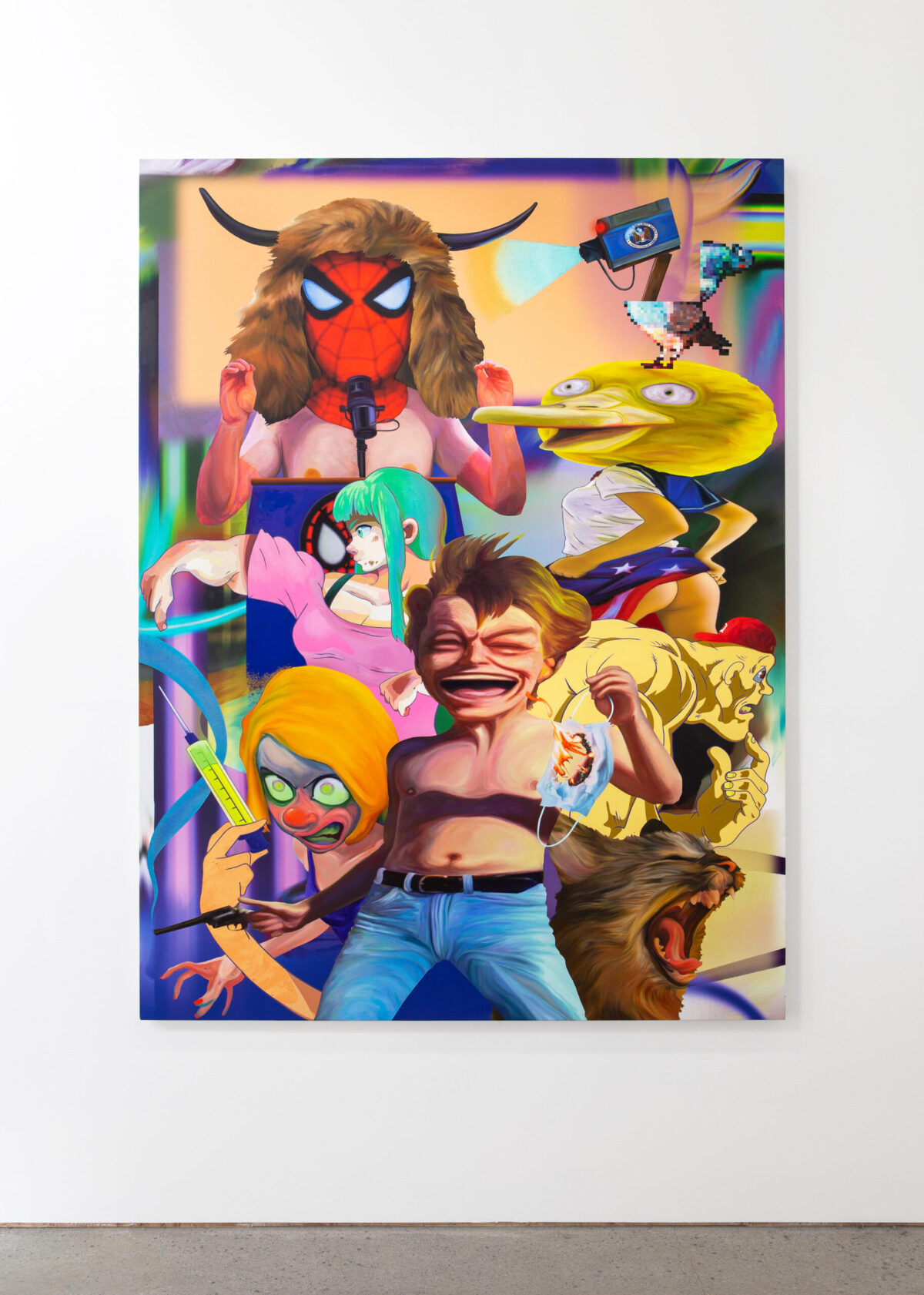 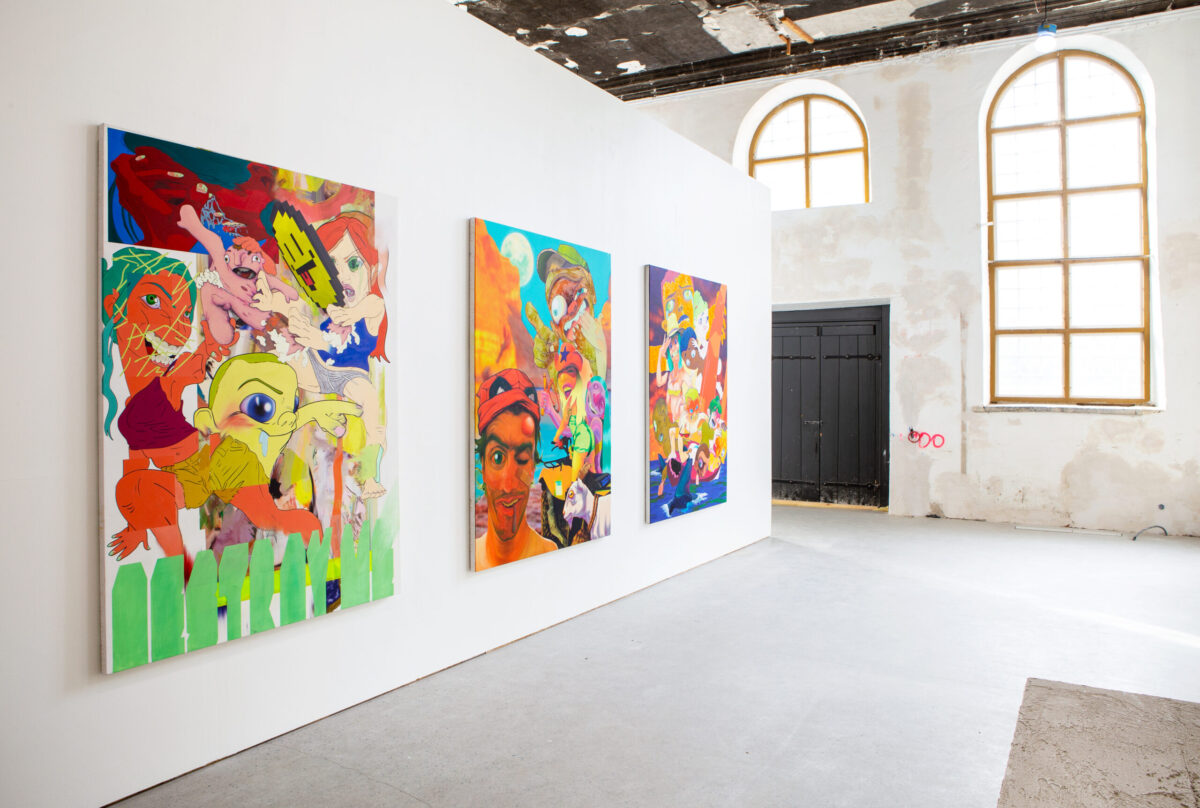 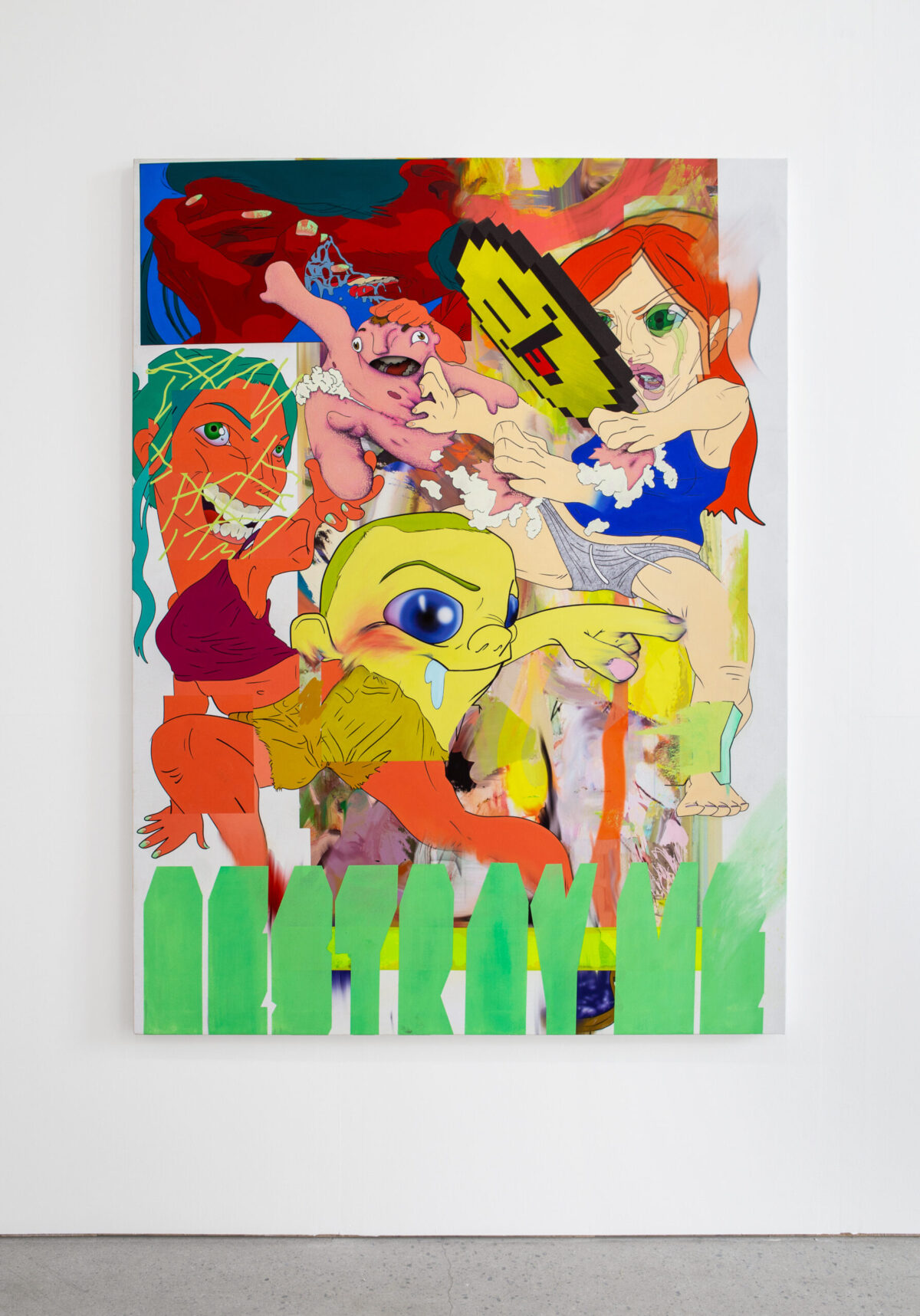 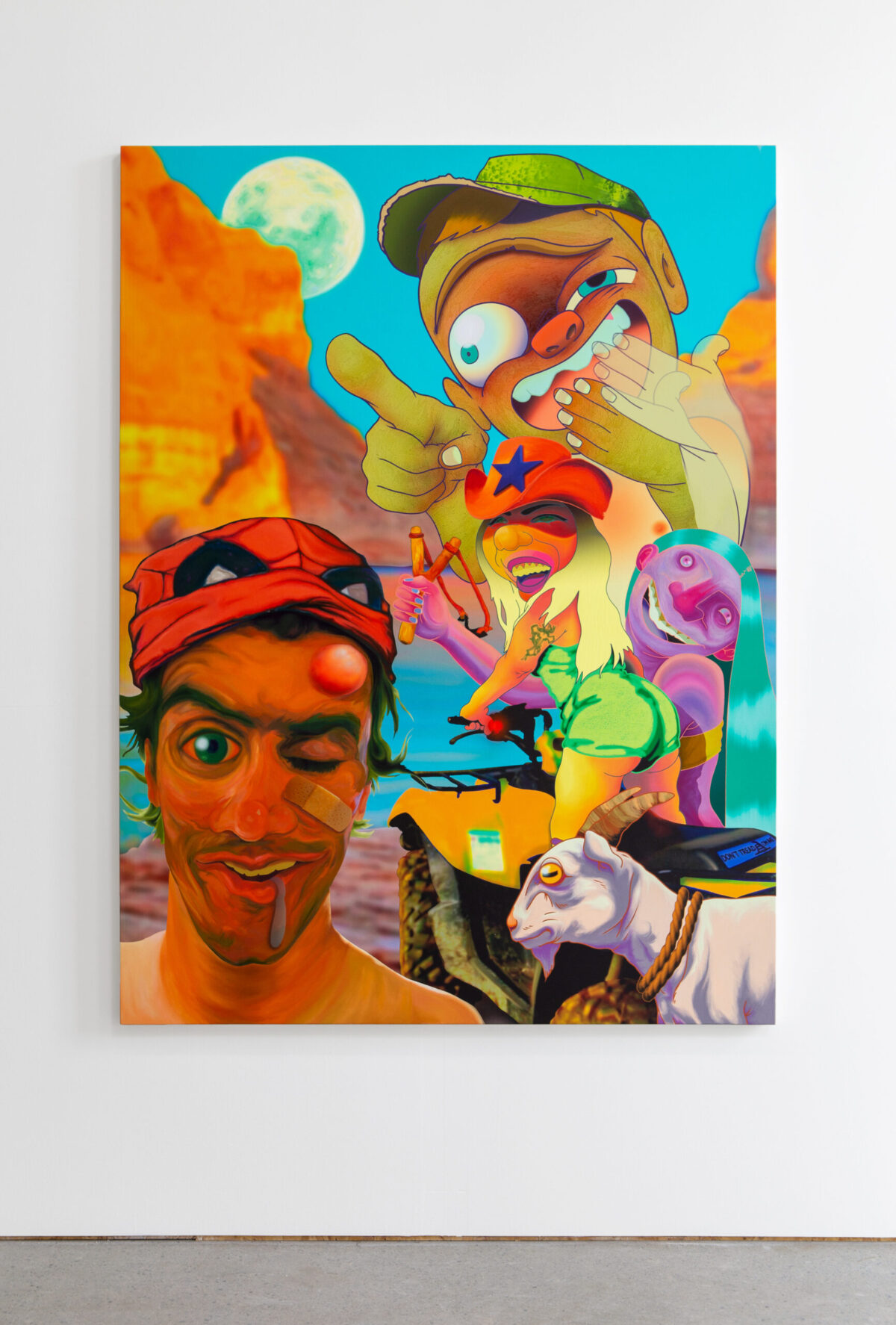 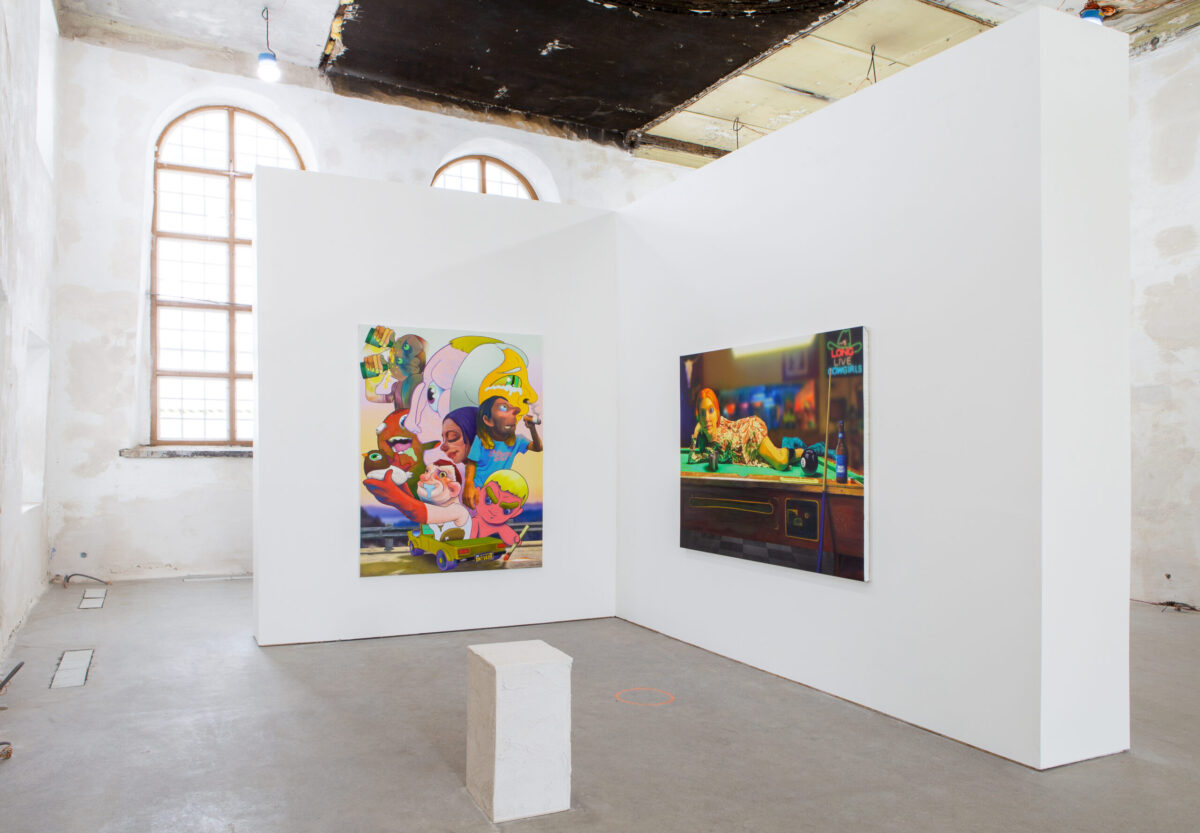 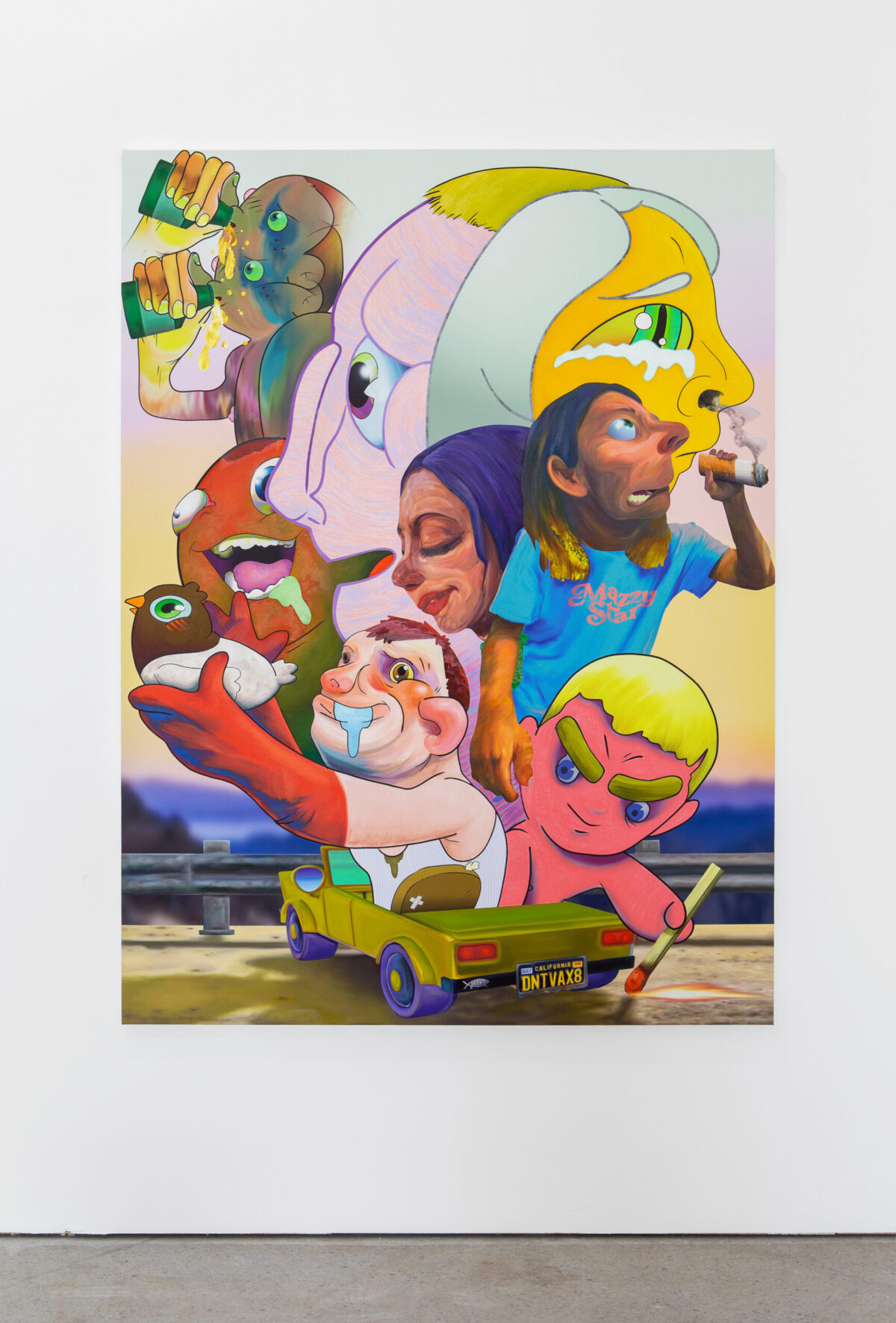 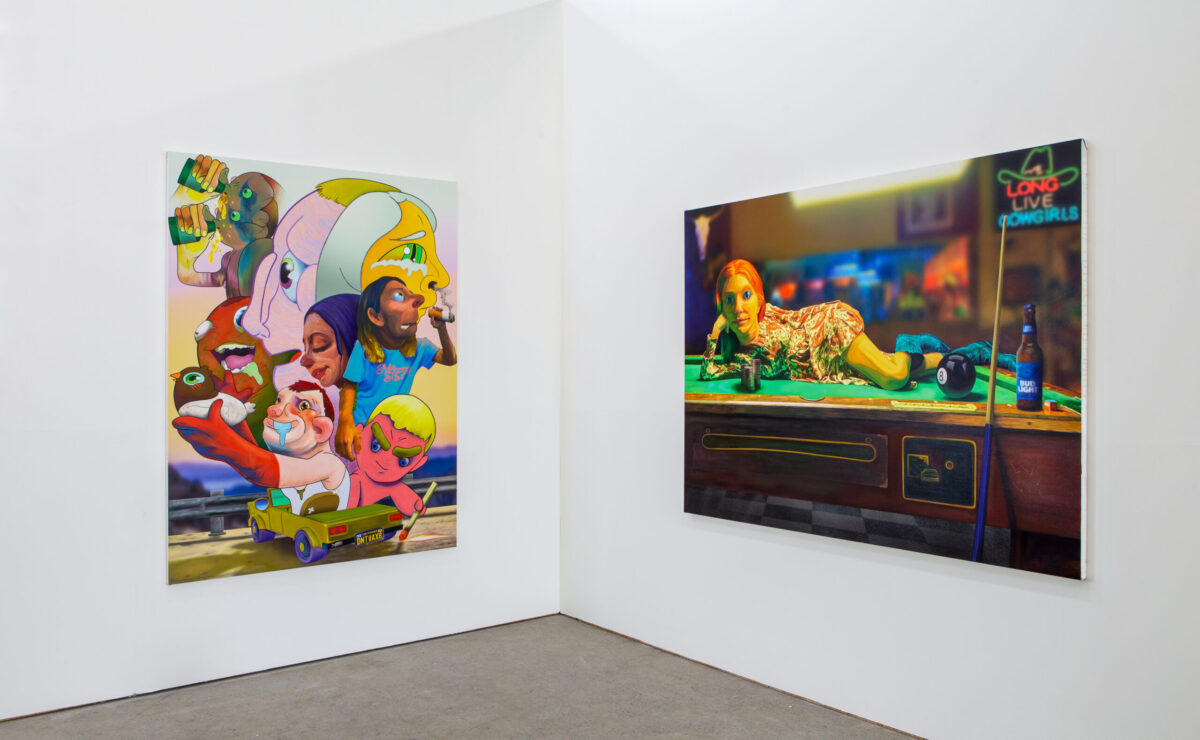 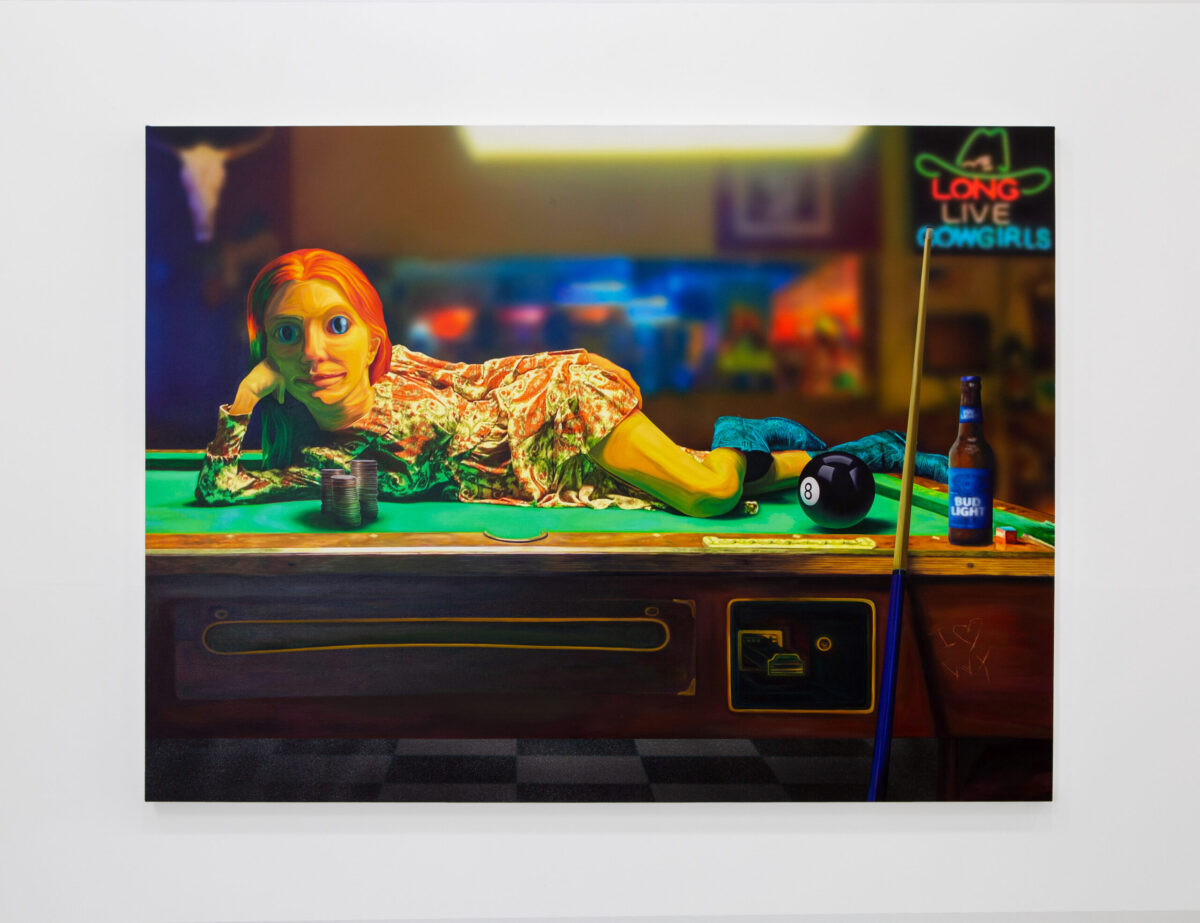 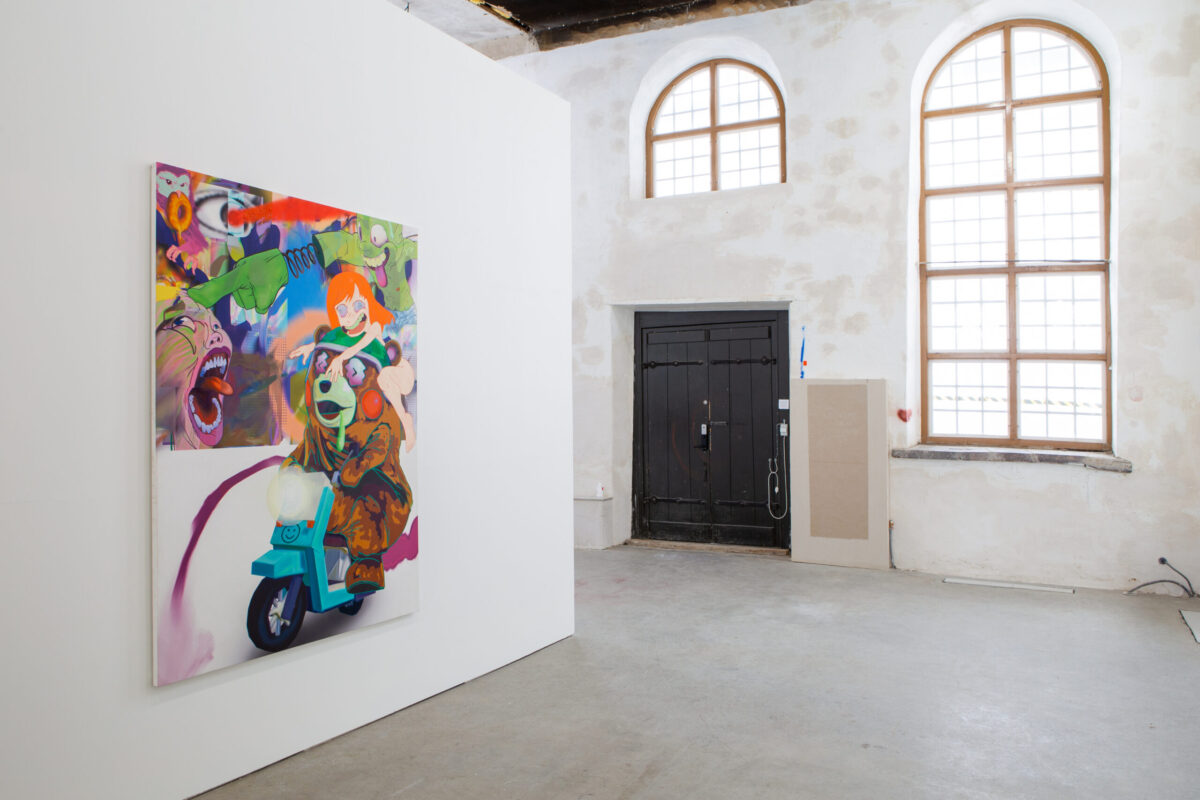 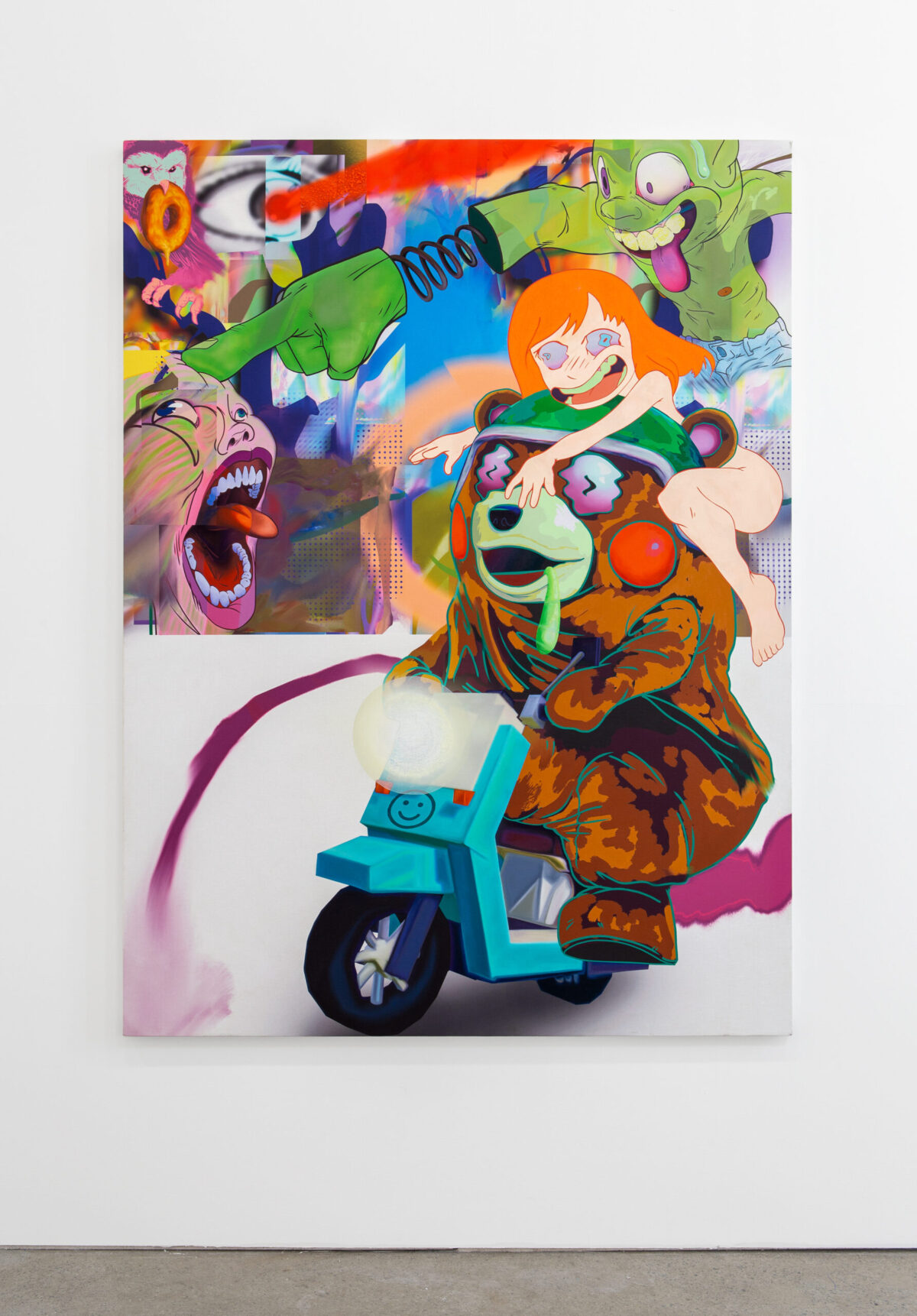 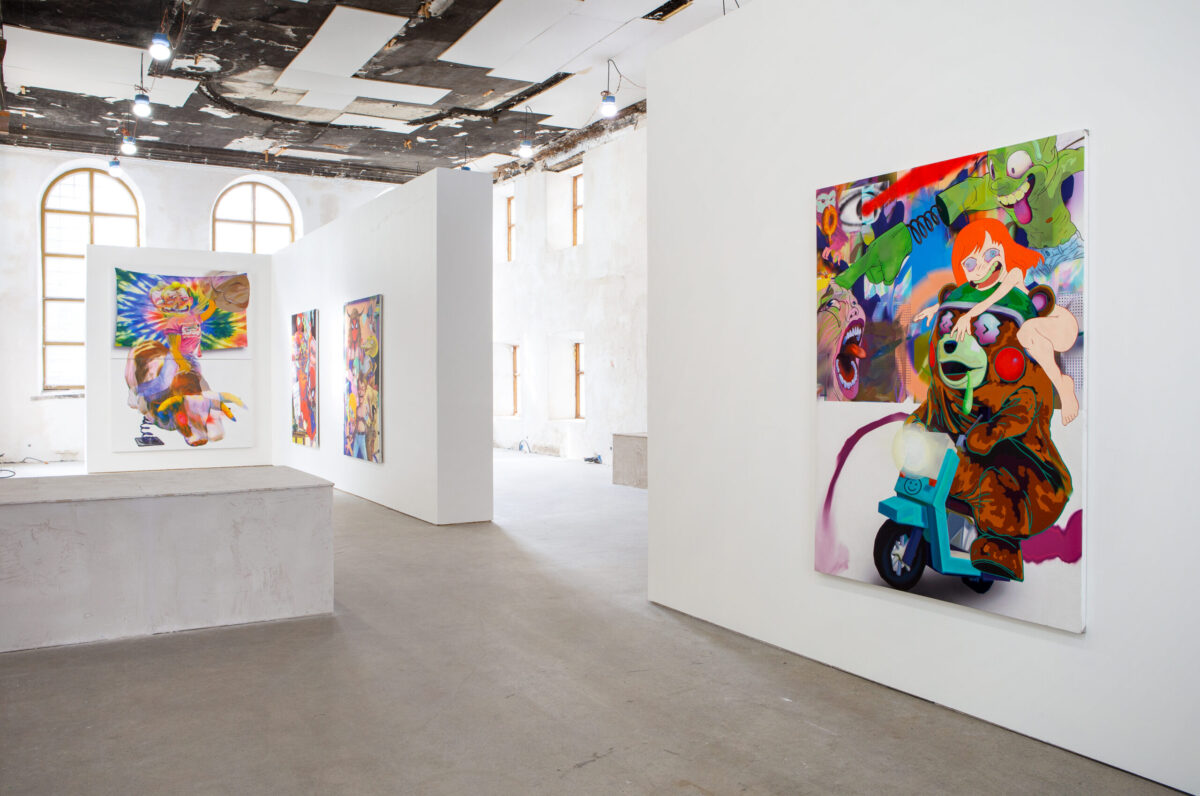 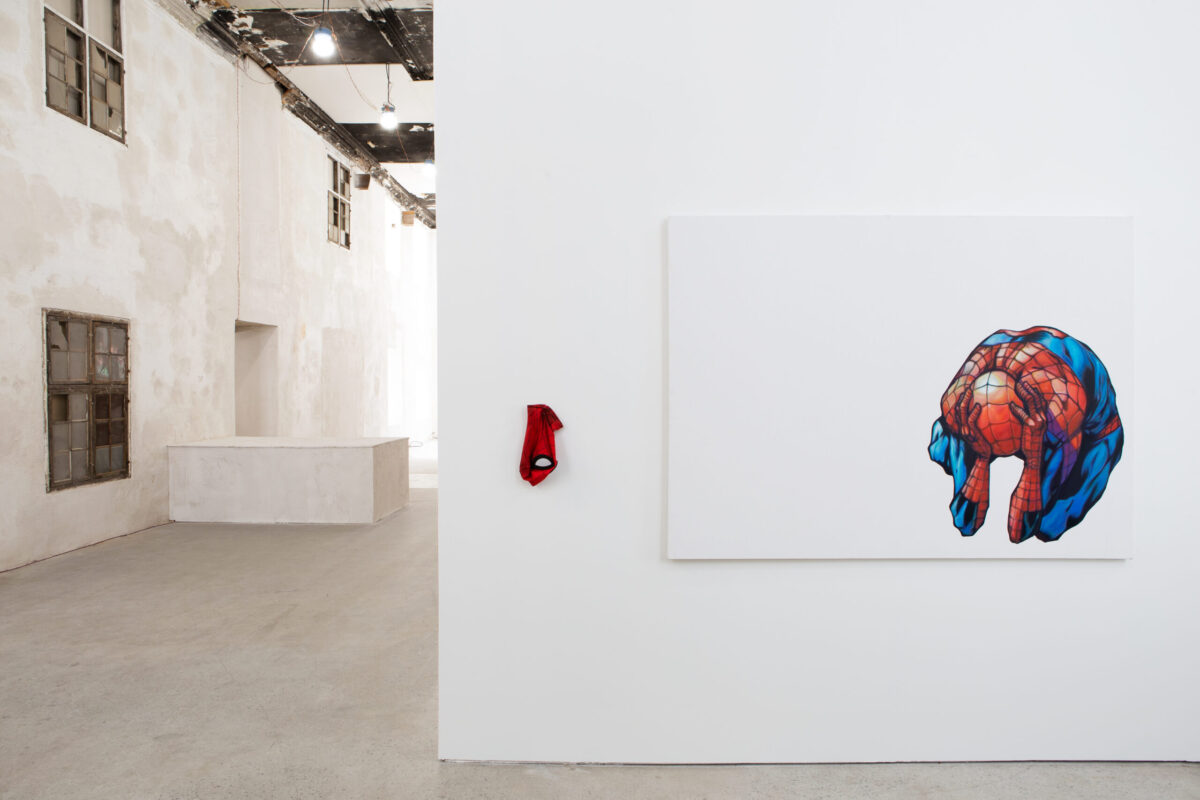 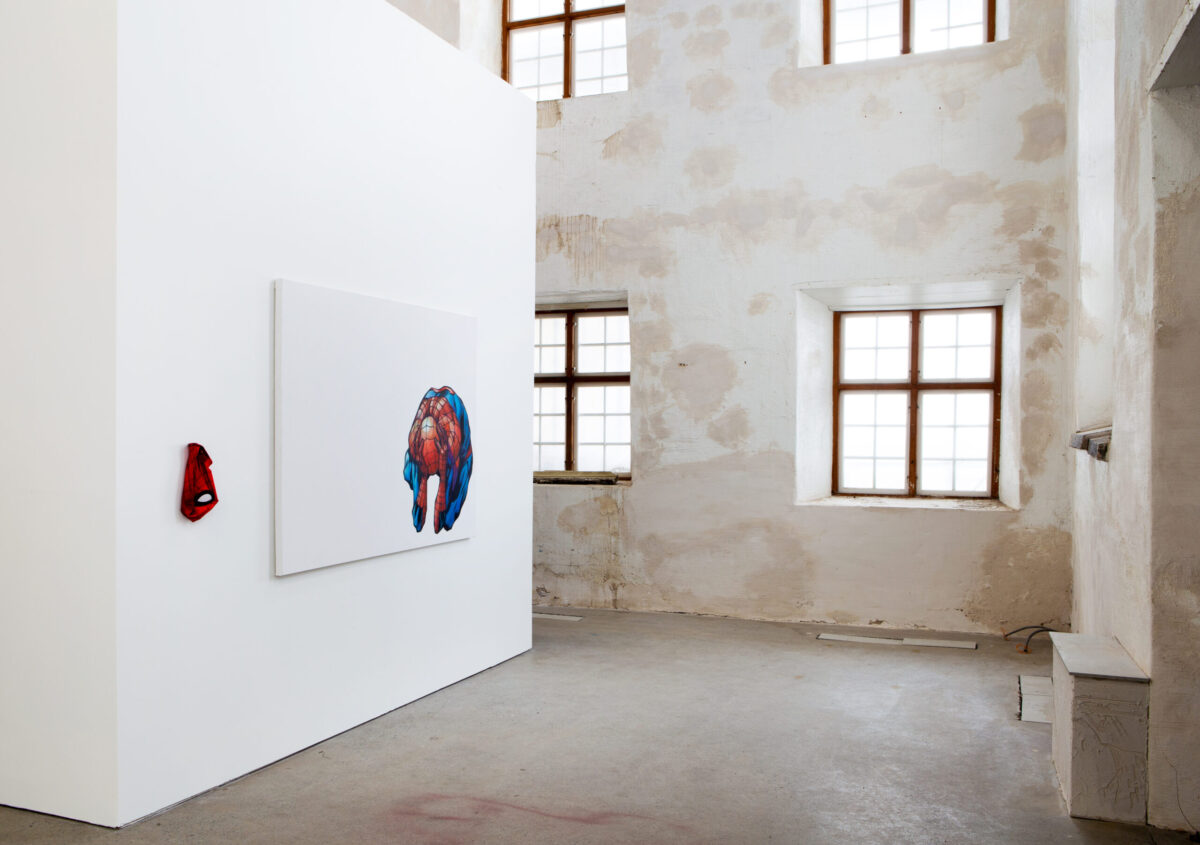 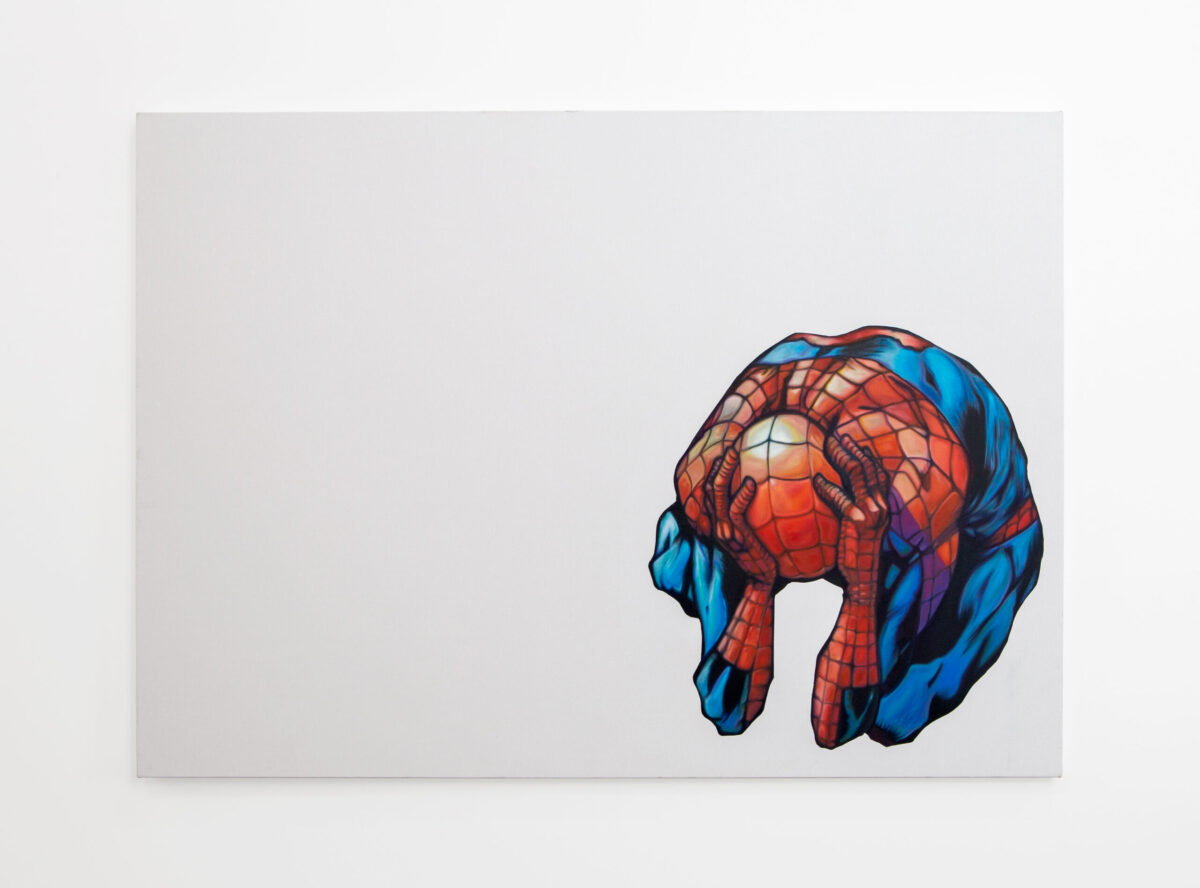 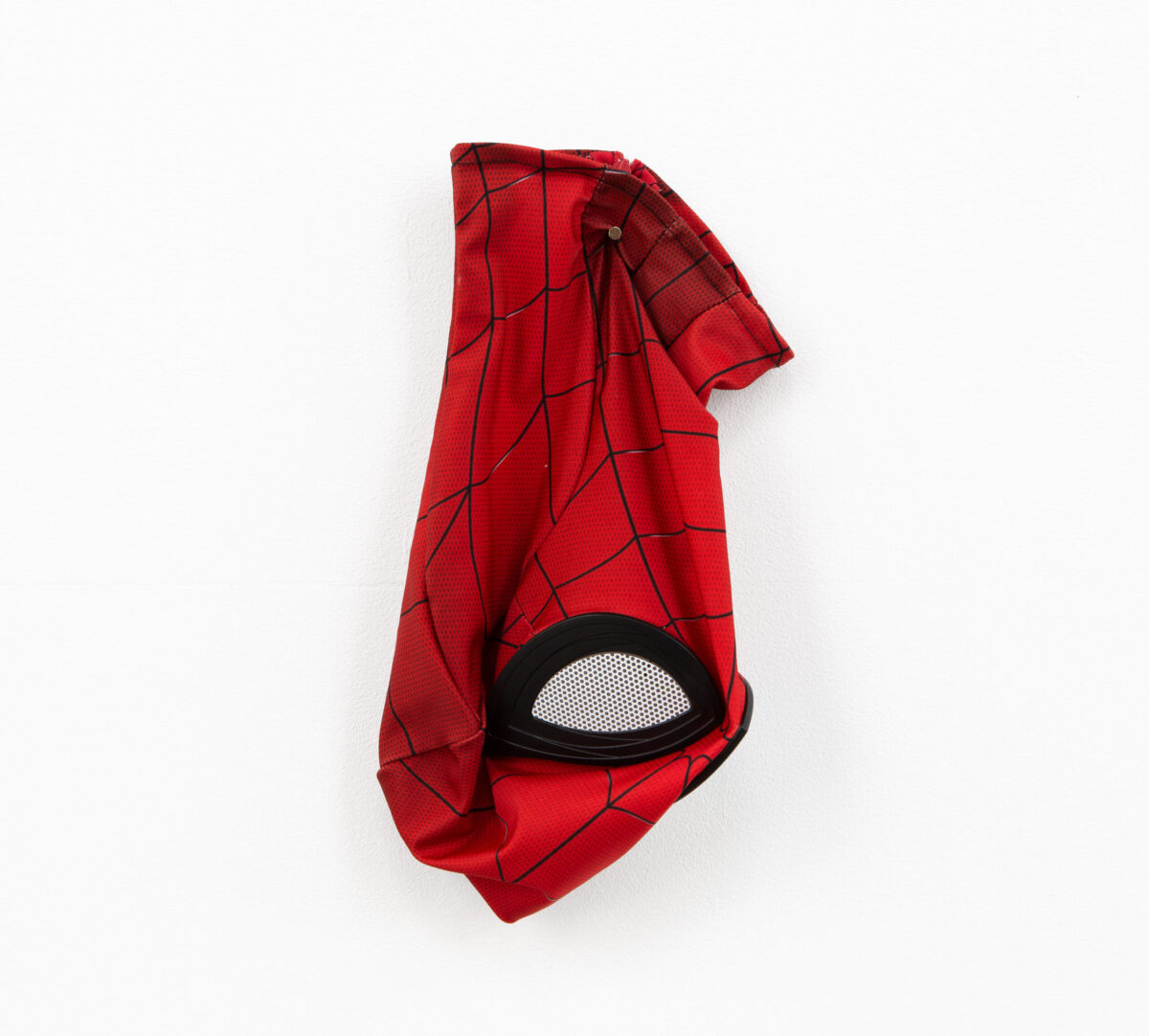 Emma Stern on Canyon Castator and the Hero Complex

Every girl in New York City knows it’s a risky move to be out on the street in broad daylight eating a popsicle. This rule also applies to lollipops and ice cream cones, and to a lesser extent bananas and hot dogs. These food items, by design, must be eaten sensuously, and thus may excite the imagination of certain passersby but it was fucking hot outside, and didn’t I deserve a little treat? Walking down West 8th in the heat, in my little sundress, gently flicking the tip of my moist pink tongue over the corner of my SpongeBob Squarepants Frozen Treat TM, I remember the black food coloring from the gumball eyes had bled down the front like streaky mascara tears, and it distinctly reminded me of the cover of Hole’s ‘Live Through This’ album. ‘I’m miss world, somebody kill meeeee,’  I hummed gently to myself as a sweet yellow dribble traced its way from my bottom lip to my chin where it hung, trembling. In my little sundress, which clung to my thighs and damp chest, glistening beads of sweat, I paused at the corner waiting for the light to change.

“DAMN baby lemme get a taste! I see how you lick that thing, I’m tryna be a popsicle for you, girl.” This from a man who had been digging through the trash with no shoes on — ladies, you know the type. No cause for alarm, just a run-of-the-mill catcaller, and to be fair, I had mentally prepared for this potentiality prior to my decision to eat a popsicle in public.

“HEY, get lost creep!” This from a man also waiting at the light, mid to late 30s, bald head and a big beard so it looked kind of like his face was on upside down. To The Catcaller, The Hero continued, “Shame on you for bothering this woman. I said get lost!”

The Catcaller did not get lost, nor did he appear to particularly put off or threatened, but he just kind of smacked his gums and turned his attention back towards his trash-picking, at which point The Hero turned his attention towards me. “You know,” he said to me, “When guys are being creeps to you on the street, you should tell ‘em to get lost.” I locked eyes with him as I dislodged a little black gumball eye from its socket and popped it into my mouth. “Okay,” I said to him. “Get lost creep.”

So now you’re wondering, what does this have to do with Canyon Castator’s show? Well, nothing really, it has to do with me, but that’s kind of the point. And it’s not my fault.

One cornerstone feature of the millennial worldview is something I’ve heard referred to recently as ‘Main Character Syndrome’, which for the purposes of this text I believe is interchangeable with the show’s title, ‘Hero Complex’. In my extensive preparatory research, I came across a June 2021 Glamour Magazine article titled ‘Have you got ‘Main Character Syndrome’, the worrying Millennial condition when people view their life as a narcissistic film thanks to social media?,’ and I thought that headline actually gave a pretty succinct definition of the phenomenon so I did not read the article.  I did, however, scroll down to the very last paragraph in which someone named Helen Llewellyn who is the Director of something called Infinity Wellbeing, says the condition might “have a temporary benefit of bolstering self-esteem but only if others play the part they have been given.”

Helen makes a great point. The illogicality of this collective fantasy is obvious, we cannot all be main characters and heroes, because then who plays the supporting roles? The extras? The hot girl who dies in the first 20 min? Everyone else must play the part they are given. Furthermore, a hero can only exist when positioned in contrast against some malevolent antagonist. If no antagonist exists, then one must be created in order to enjoy the full hero’s journey experience. But because there are so many heroes, antagonists are always in short supply. This means that heroes need to share a common enemy, which is why there is an incomprehensible but distinct selection process that the internet appears to collectively cycle through every few weeks, agreeing on some common enemy to gang up on. The most effective way to do this is, of course, by dunking on anons in the comments, and remember: The more engagement = the more heroic. To quote the world’s foremost meme researcher Brad Troemel, “The reason we are able to drift seamlessly from one collective scolding session to the next is because no one actually gives a shit about any of these antagonist’s forgettable misdeeds, it’s all just cannon fodder for people’s compulsive desire to create social media content that frames them as the protagonist in their own story.”

Luckily, we only have access to our own accounts, so we are never forced to directly address what we all deep down know to be true, the cognitive dissonance we all willfully and knowingly engage in to maintain the indulgent private fantasy of being the hero in our own movie. Helen finishes out the Glamour article with a prescription: “Young people can avoid this syndrome by practicing living in the moment. Walking in nature, practicing mindfulness or meditation can help.” But I think Helen doesn’t know shit and I don’t think ~*LiViNg iN ThE M0mEnT*~ is going to help a generation of dissociated and vulnerable irony-poisoned insomniacs who survive on a steady diet of bodega meat, cigarettes and Zoloft and are increasingly hellbent on ‘being baby’ as a lifestyle choice because their fictional hero’s journey is literally all they (we) have. Plus I looked up Infinity Wellbeing and turns out it’s just a spa in Bangkok with only 14 reviews on Trip Advisor so you’re not really in a position to be giving advice, are you Helen????

Most, if not all of Canyon’s paintings in ‘Hero Complex’ hit on this particular ennui. I think of it as a co-morbidity factor of ‘My Life A Movie’ mindset. In the piece titled ‘Fin’, 9 distinct figures are crammed into a claustrophobic composition in which the edges of the canvas appear to be literally closing in on them. Each character has nothing to do with one another. They do not interact, despite the fact that they are literally overlapping on top of one another in what appears to be an undersized canoe with a bite taken out of it. They somehow do not appear to even be touching, less like actual bodies piled up, more like stickers stuck on top of one another. Even the style in which they are rendered varies from figure to figure, some gestural, some pure cartoon, each apparently borrowing from a separate mood board of art historical and pop cultural references ranging from anime to Ren & Stimpy to Peter Saul to Dali. Almost as if they were each in their own movie.

My favorite piece in this show is called ‘Can’t Save Everyone’. It stands apart from the body of work surrounding it because of its starkness. Against a flat white backdrop, a single figure in a Spiderman suit is hunched over, head in his hands. The Spidey suit has been a recurring theme in Canyon’s work basically since I’ve known him. According to Canyon, the appeal to him is that Spidey is essentially the only superhero in the Marvel Universe to completely obscure both his face and his body.  His whole story can be read as a metaphor for the way a costume changes a person’s behavior. For Peter Parker, the costume he wears is literally what makes him a hero. He is basically an anon. In my admittedly narrow knowledge of the Spiderman, I was going to Google ‘Is Spiderman based’ but when I got tp the letter ‘b’, Google suggested ‘Is Spiderman bisexual’, ‘Is Spiderman Black’ and ‘Is Spiderman banging Aunt May’. I thought that was pretty neat so I decided to test out the pattern I saw emerging and typed into the search bar, “Is Spiderman j”. Turns out I was right, there are multiple subreddits discussing whether or not Spiderman is Jewish and an entire article discussing the topic in the Times of Israel. Since 2019 there have been 4 reported incidences of armed robbery by men in Spidey suits including a bank robbery, in New York City alone. Also one time the fat Spiderman in Times Square grabbed my friend’s ass.

I found a reddit thread in r/cmv (change my view) named ‘Spiderman is a stupid superhero CMV’, which kind of helped me to understand why Spiderman iconography is so prevalent in millennial visual culture, particularly in memes. The original post by maxamillion1357 reads: “I just find Spiderman so freaking boring. He’s inherently superhuman, so he loses some of the vulnerability that makes characters like Tony Stark and Bruce Wayne more human and interesting, but his powers are fairly mundane …If you put a hugely dangerous villain, able to affect events on a global scale (like Magneto) in a fight with Spider-Man, Spider-Man would get his shit wrecked. Also, he should suffocate in that suit. HOW DOES HE BREATHE IN THAT THING?”

To which one user (account since deleted) replied: “The thing I like about Spider-man is that he fits the archetype of a “regular man thrust into an extraordinary situation.” … Neither Tony Stark nor Bruce Wayne are “ordinary men” in any sense of the word. They were born into riches, privilege, and greatness. Don’t even get me started on Thor. I can’t even fantasize about being them, they’re too different than I am. But I can imagine what I would do if I got bitten by a radioactive spider and developed super powers. Like Peter Parker, I’d have to deal with my day-to-day job, family, and friends while deciding how to best use my powers. Tony Stark and Bruce Wayne chose greatness. Thor and Superman were born into it. Steve Rogers was selected for it. The X-Men are fighting persecution. The Hulk can’t hide who he is. Spider-man is one of the heroes to have greatness thrust upon them and have to respond. Also, on the suit thing- many fabrics are very breathable. I’m a puppeteer and I work in a hood from time to time. It covers my face, but I breathe right through it.”

So you’re probably wondering, what does that have to do with Canyon’s show? Well, not much really, but when he first asked me to write this text, I said, “Why, because I’m a woman?” And he said “No, because you’re annoying,” and he was right :]