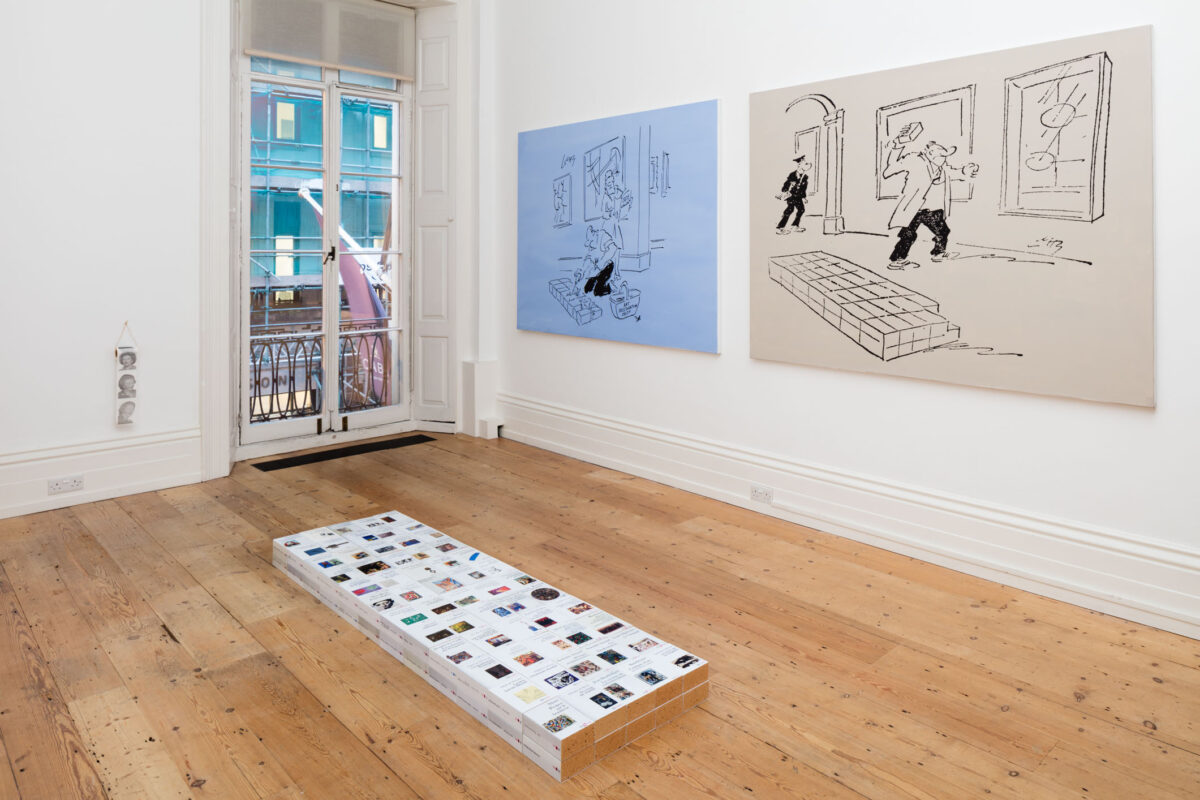 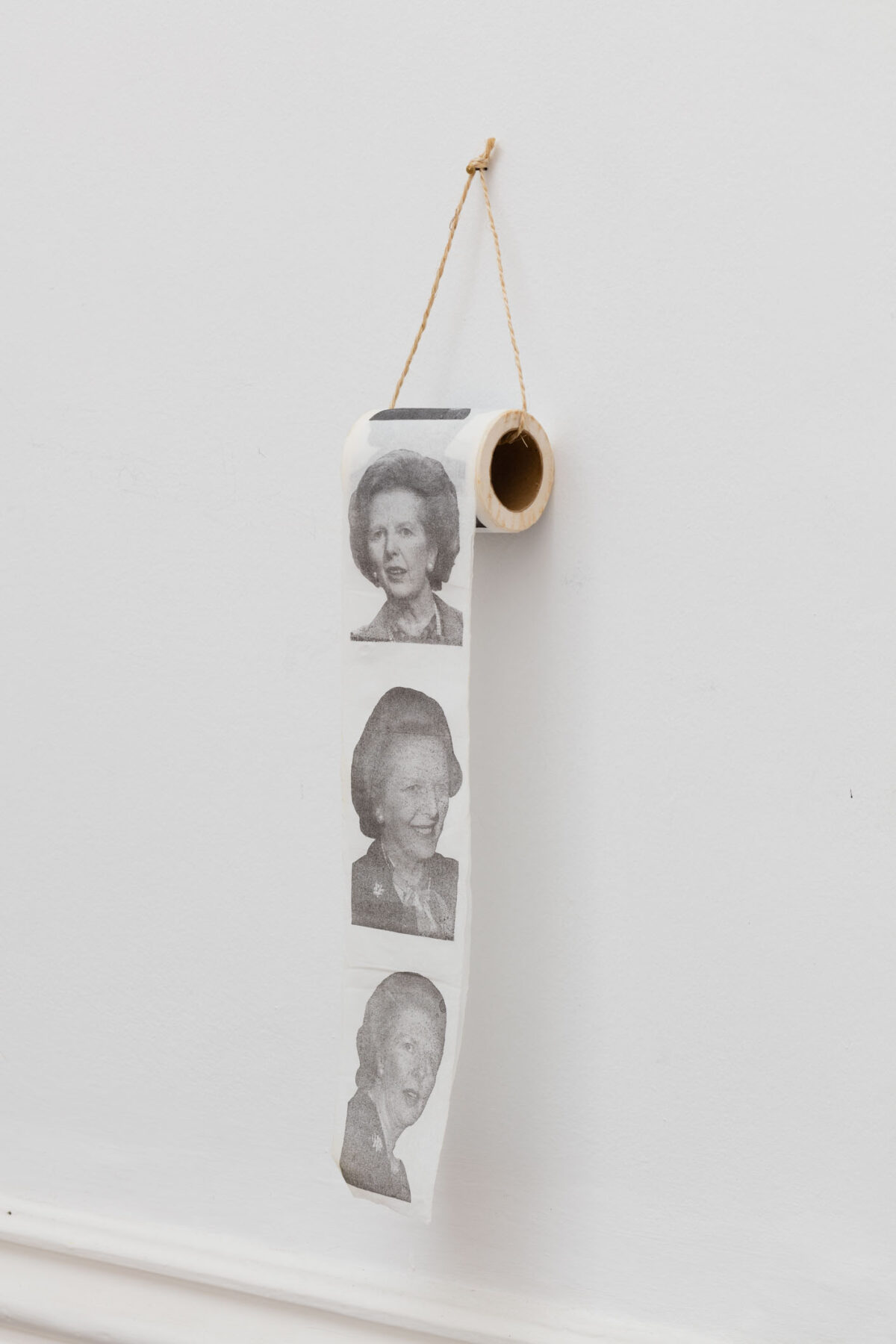 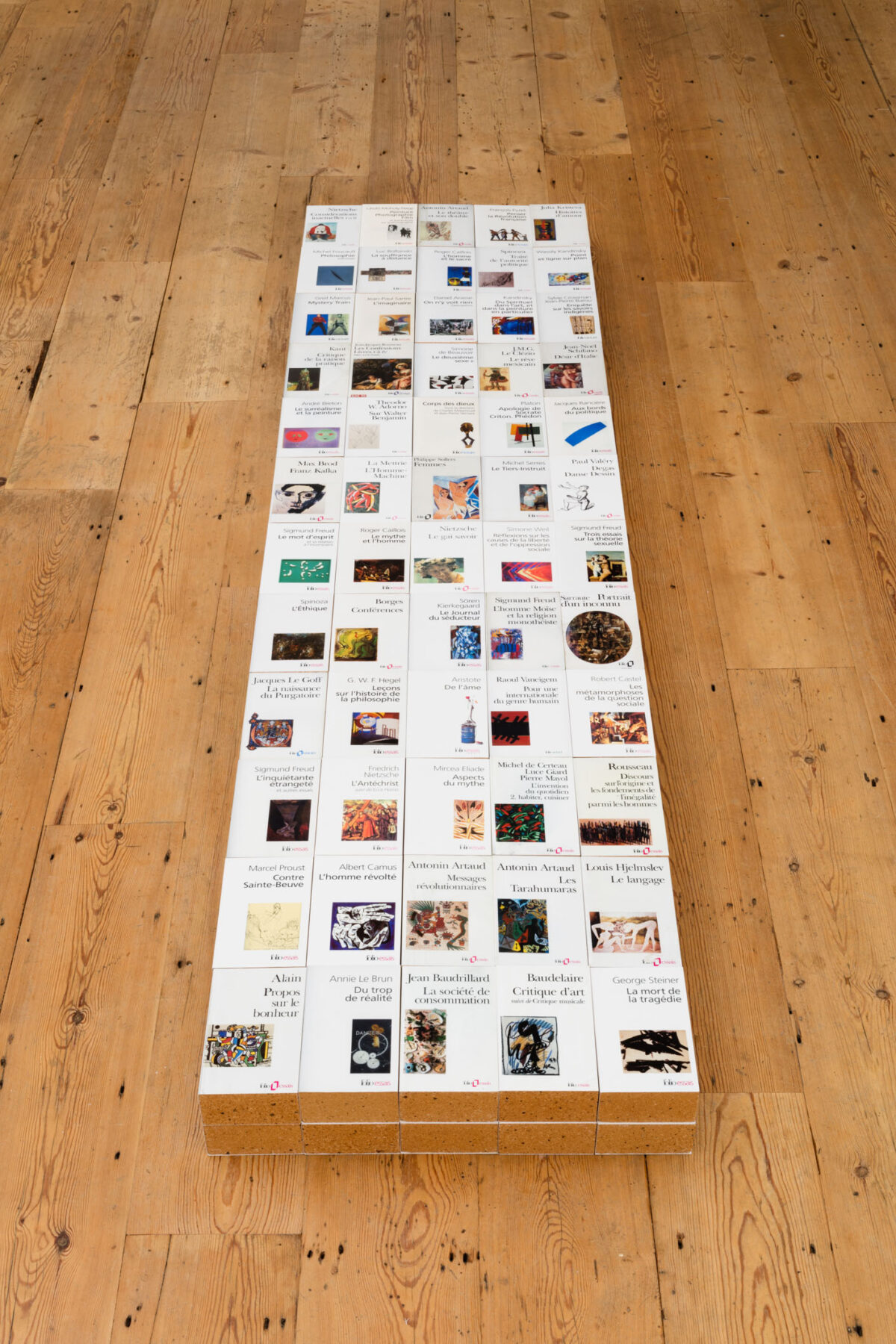 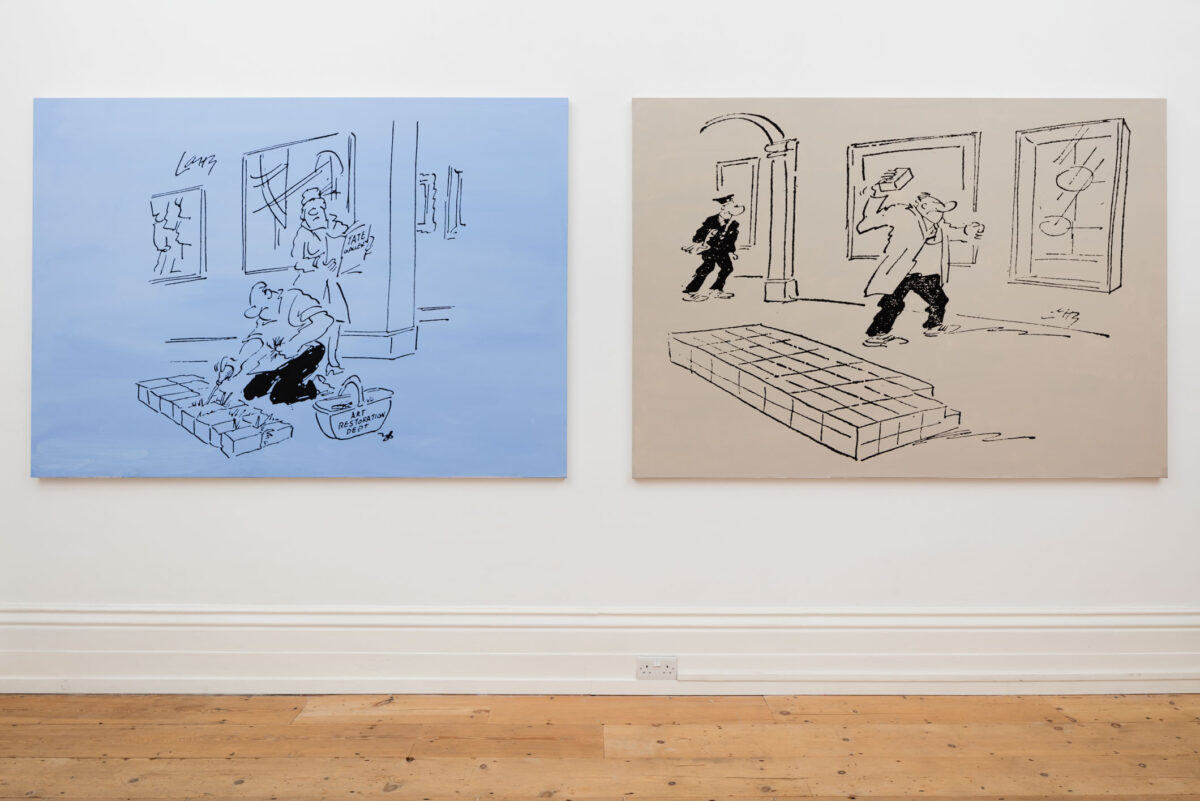 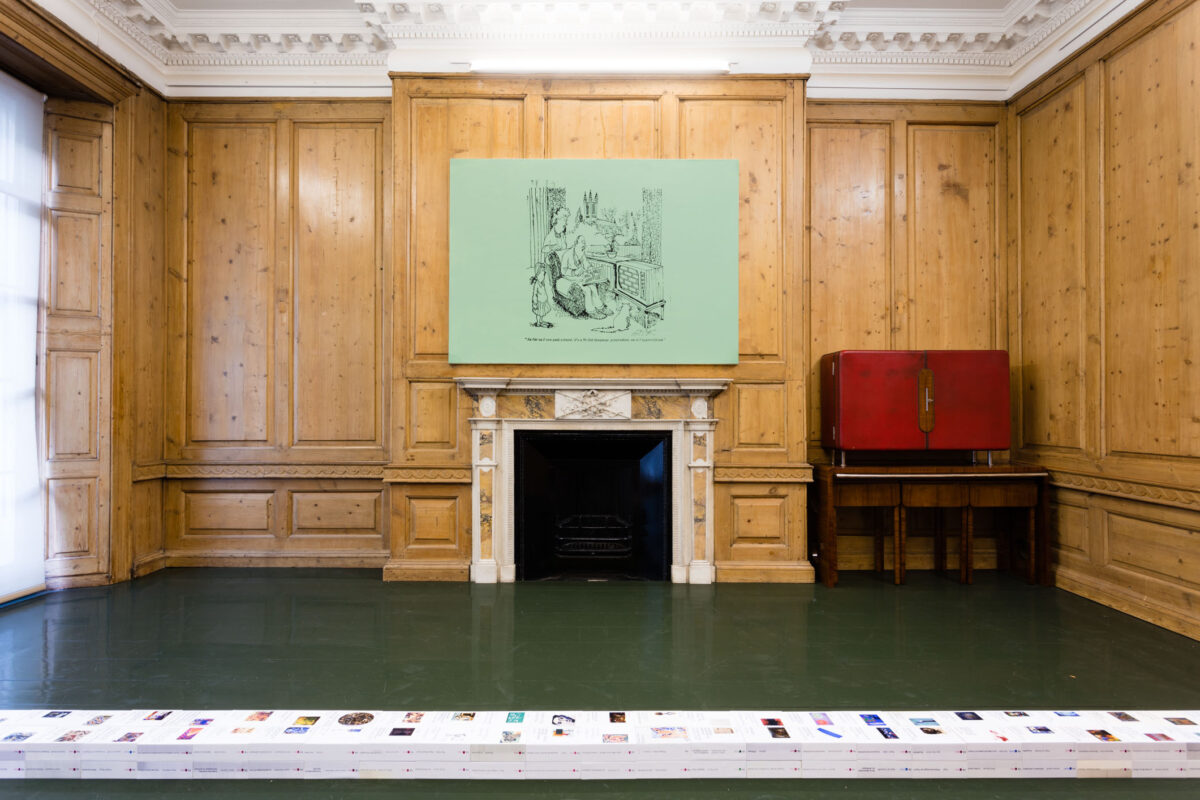 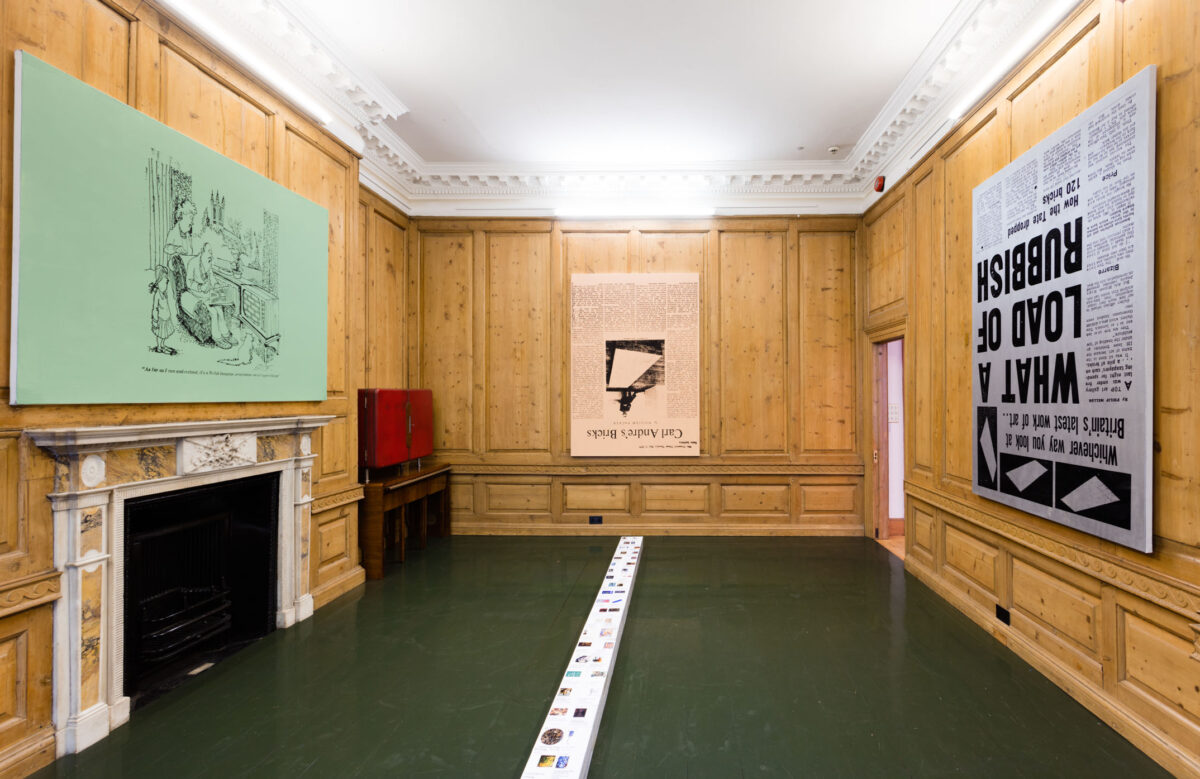 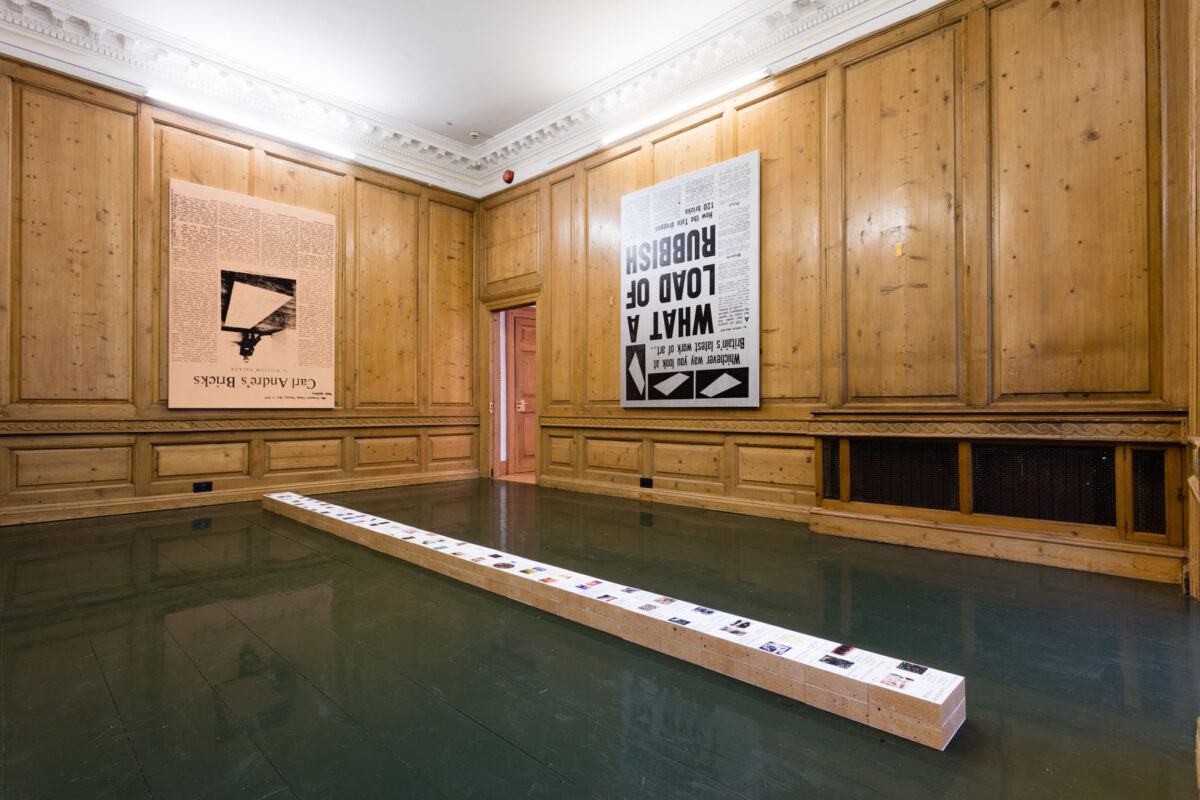 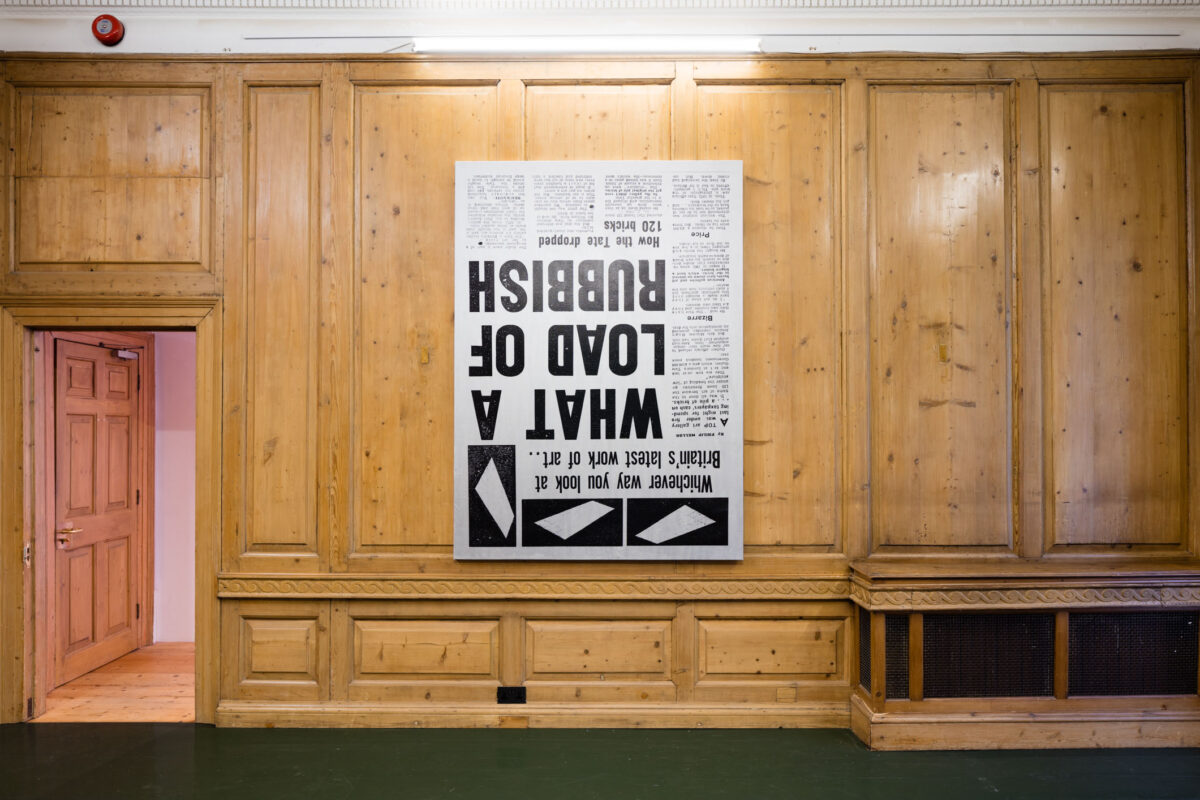 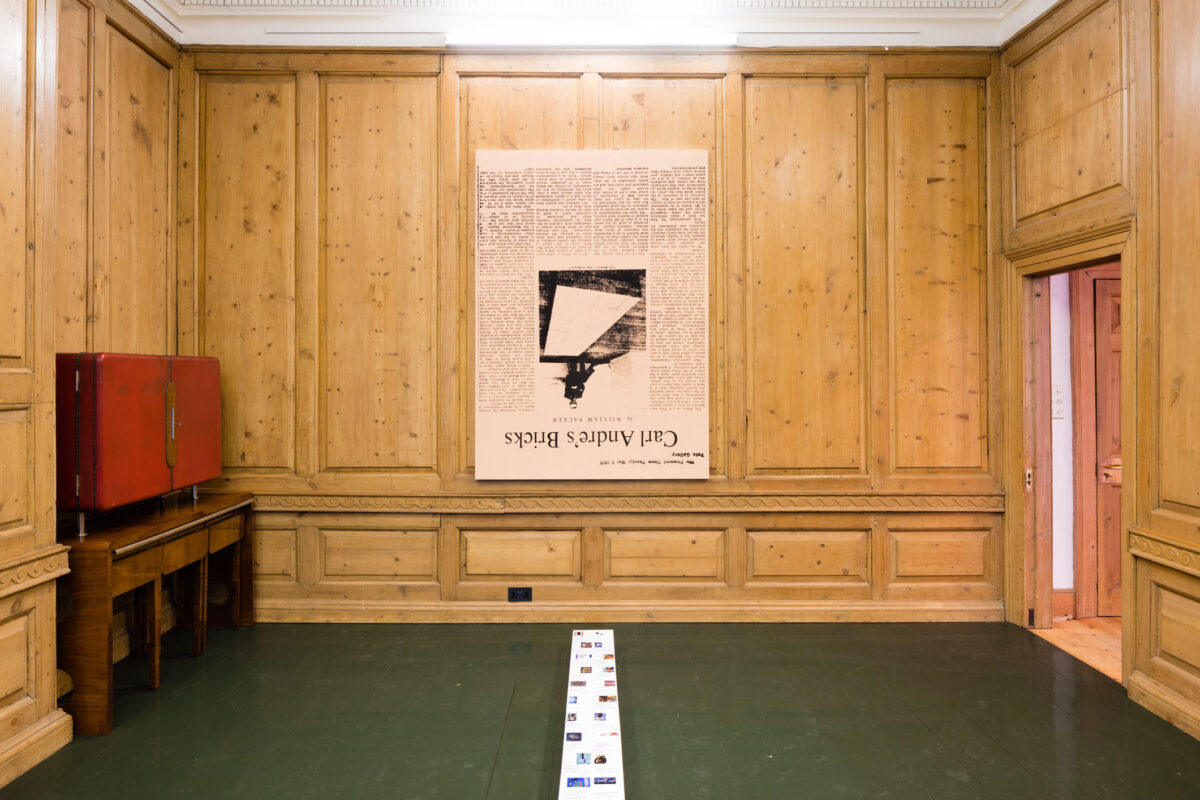 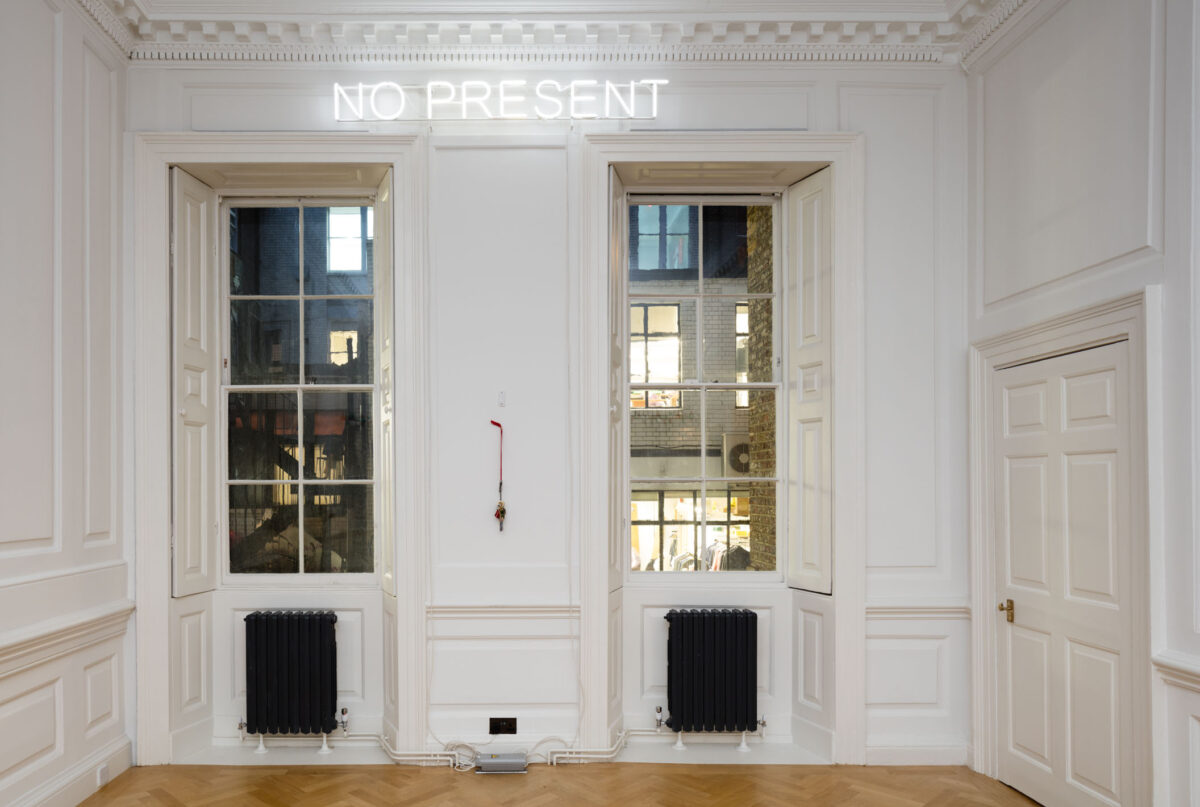 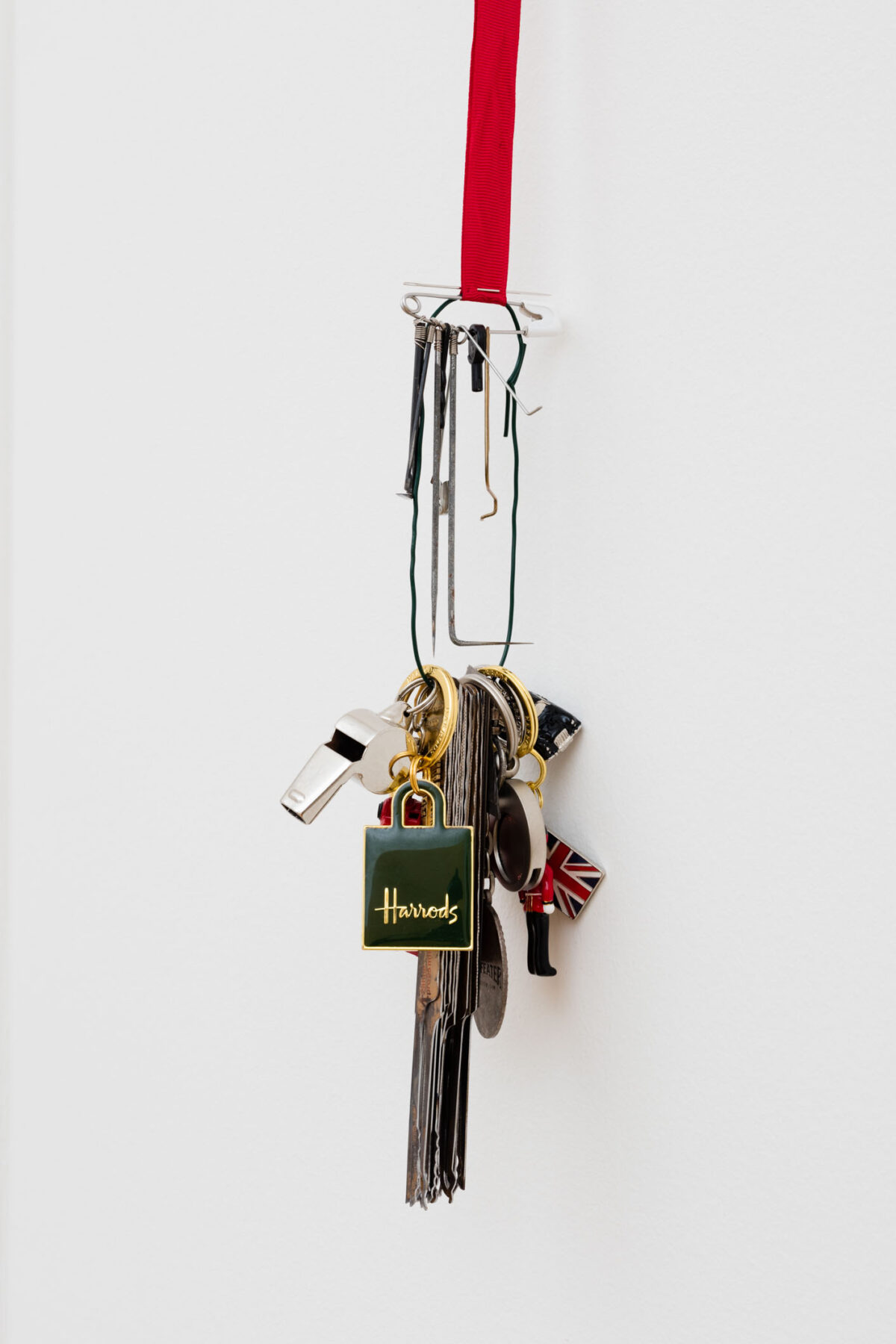 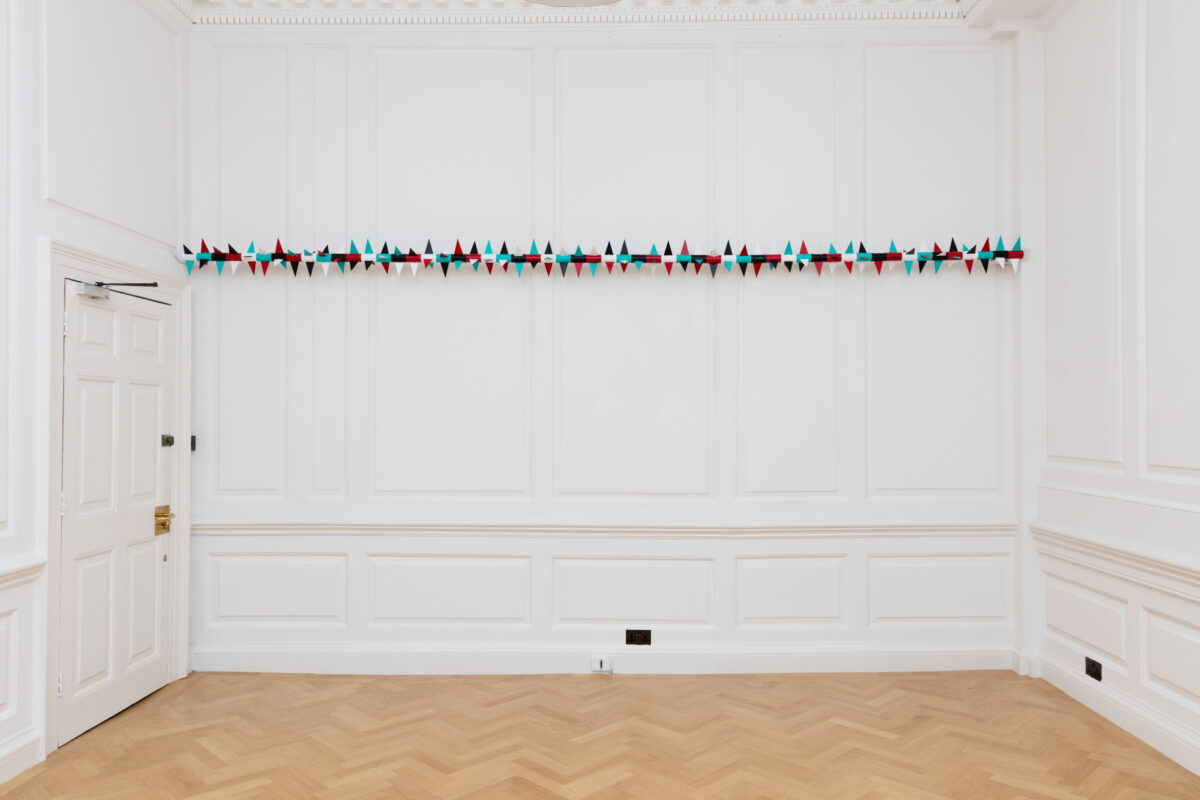 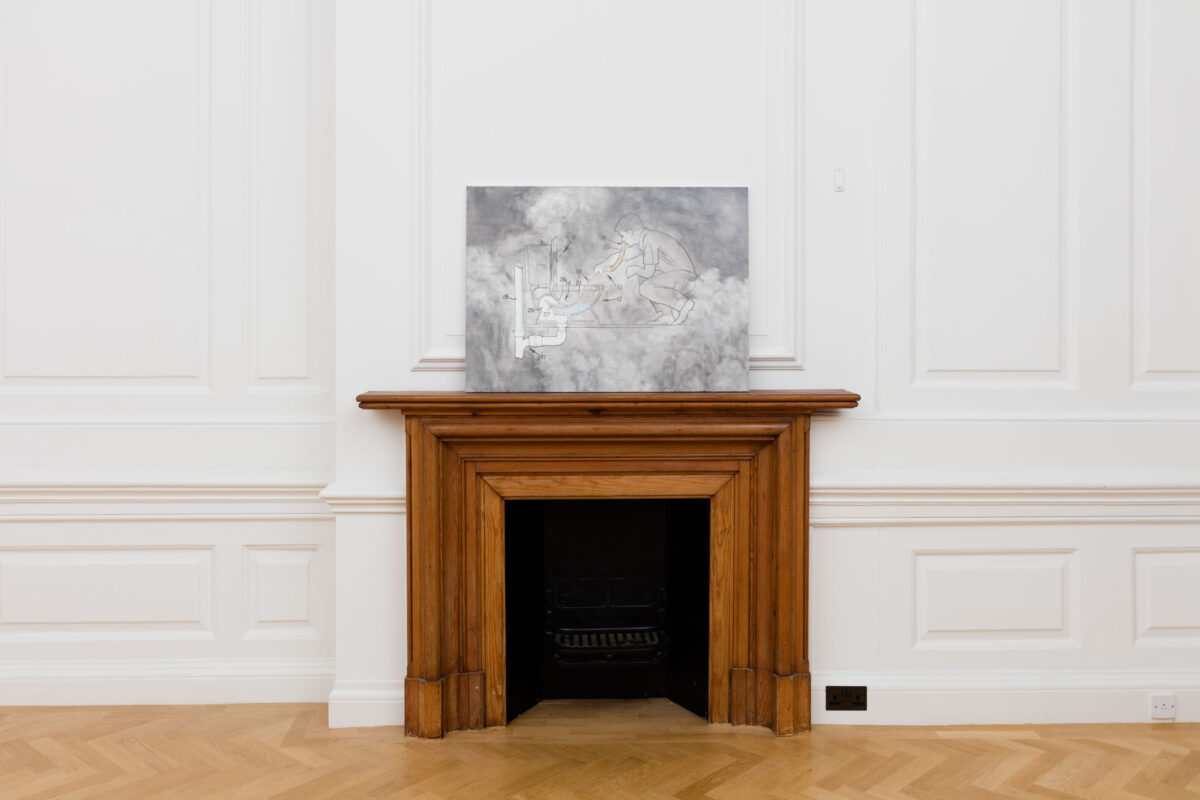 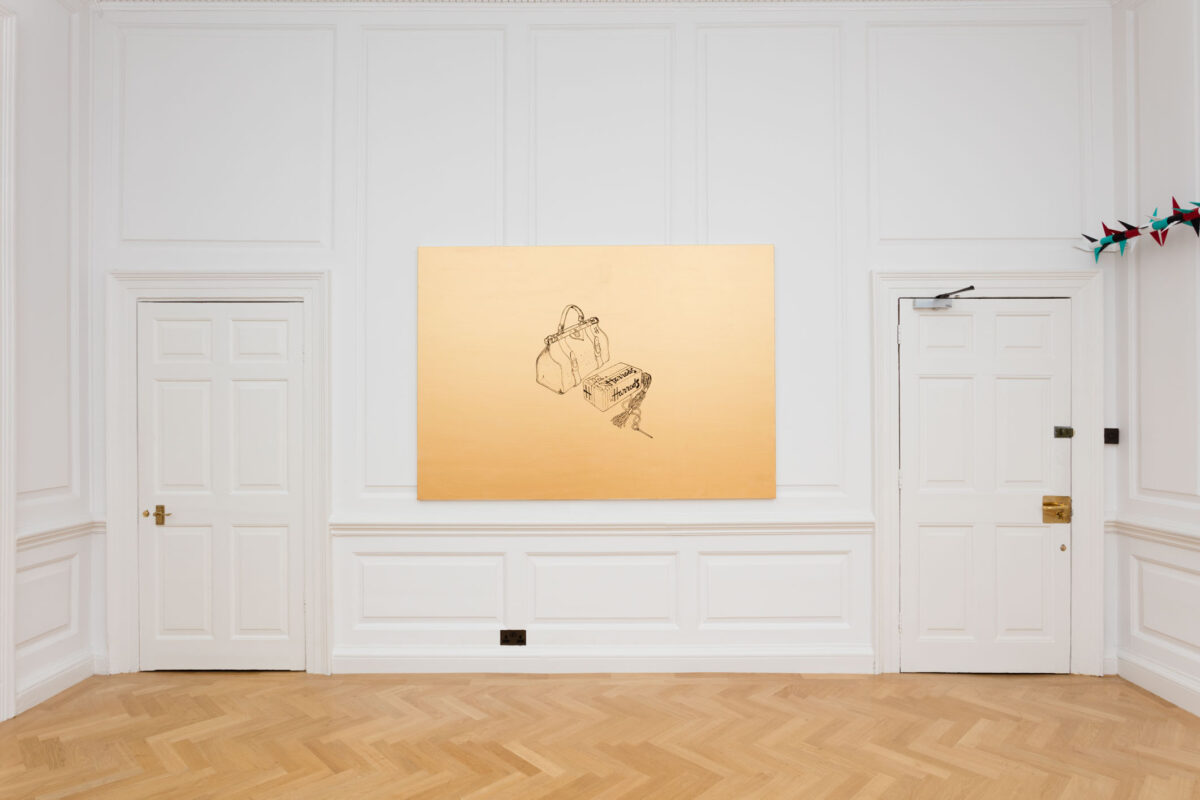 Claire Fontaine – The winter of discontent

“Now is the winter of our discontent made glorious summer by this sun of York” was written by Shakespeare in his play Richard III, meaning that the period of discontent or unhappiness was ending, winter marking the end of a cycle. The phrase was used to describe the social and industrial unrest of the 1978-79 winter by the political editor of the British national newspaper The Sun. The winter of discontent is also the title of Claire Fontaine’s exhibition composed from a recollection of memories and impressions of the first encounter of the British public with minimalism.

The satiric comments on Andre’s Equivalent and on contemporary art in general, collected from comics and newspaper articles of the time reflect the angry or perplexed reaction of the public when confronted to the muteness of the object and the discrete intervention of the author that characterize the politics of a large part of contemporary art.

Untitled (Toilet snorkel) is a painting quoting a drawing of a US patent for a device that allows people to survive in a smoke filled room, waiting for the rescuers whilst trapped in a fire, to breathe by introducing a pipe inside the toilet. The metaphor evoked by this image suggests how one has to go through the potentially most intoxicated space in order to find clean air to survive.

The two sculptures installed on the floor quote Andre’s equivalents, but Claire Fontaine has covered the firebricks with prints from covers of paper backs from Gallimard’s Folio series, the cheapest and most popular format for essays in French. The vocation of Claire Fontaine’s equivalents is to function as visual puzzles where the images of the covers and the titles intersect and mix, as words and reproduction of art-works coexist there in a loose, sometimes enigmatic connection. The sculptures underline the external perception that one may have of our culture’s decisive essays once they’ve been economically rendered accessible to the general public while keeping perfectly intact the difficulty of their intellectual assimilation. Once the books are “transformed” into bricks, even the size differences between them is obliterated: the backs are all the thickness of a firebrick, the same material that Andre used in his installation, they all become equivalent.

In 1976, the year remembered fondly by everyone in Britain, the Tate Gallery at Millbank exhibited for the first time Carl Andre’s Equivalent VIII. The publics’ reaction was violent and outraged: the press transmitted the perception that taxpayers money had been spent for paying an inflated price for a collection of bricks.  1976’s summer was the hottest and happiest in years, the thermometer reached 35° and it never rained. Children spent all their time outdoors with very little control from their parents and they experienced unprecedented joy and freedom. Despite the legend of that summer’s idyllic perfection, the anomalous weather had negative consequences on the environment causing an important drought, that lead to scorched earth and hundreds of thousands of people dependent on standpipes for their water supply. Riots broke out at the Notting Hill carnival and 100 police officers were taken to hospital after they tried to break up rioters armed only with dustbin lids and milk crates.

The winter of discontent and the Thatcher revolution were around the corner, the following period was marked by food shortages, power cuts, household refuse uncollected and even the dead were left unburied. Twenty-nine million working days were lost to industrial action involving 4.6 million workers. Forty years later, the memory of snow-bound Britain in the midst of industrial chaos remains deeply etched in the national psyche. It was the key factor in Labour’s defeat in the general election of 1979 and continued to resonate in British politics for many years after.

Claire Fontaine here suggests that maybe we are still living through this winter and the glorious summer is forever behind us.