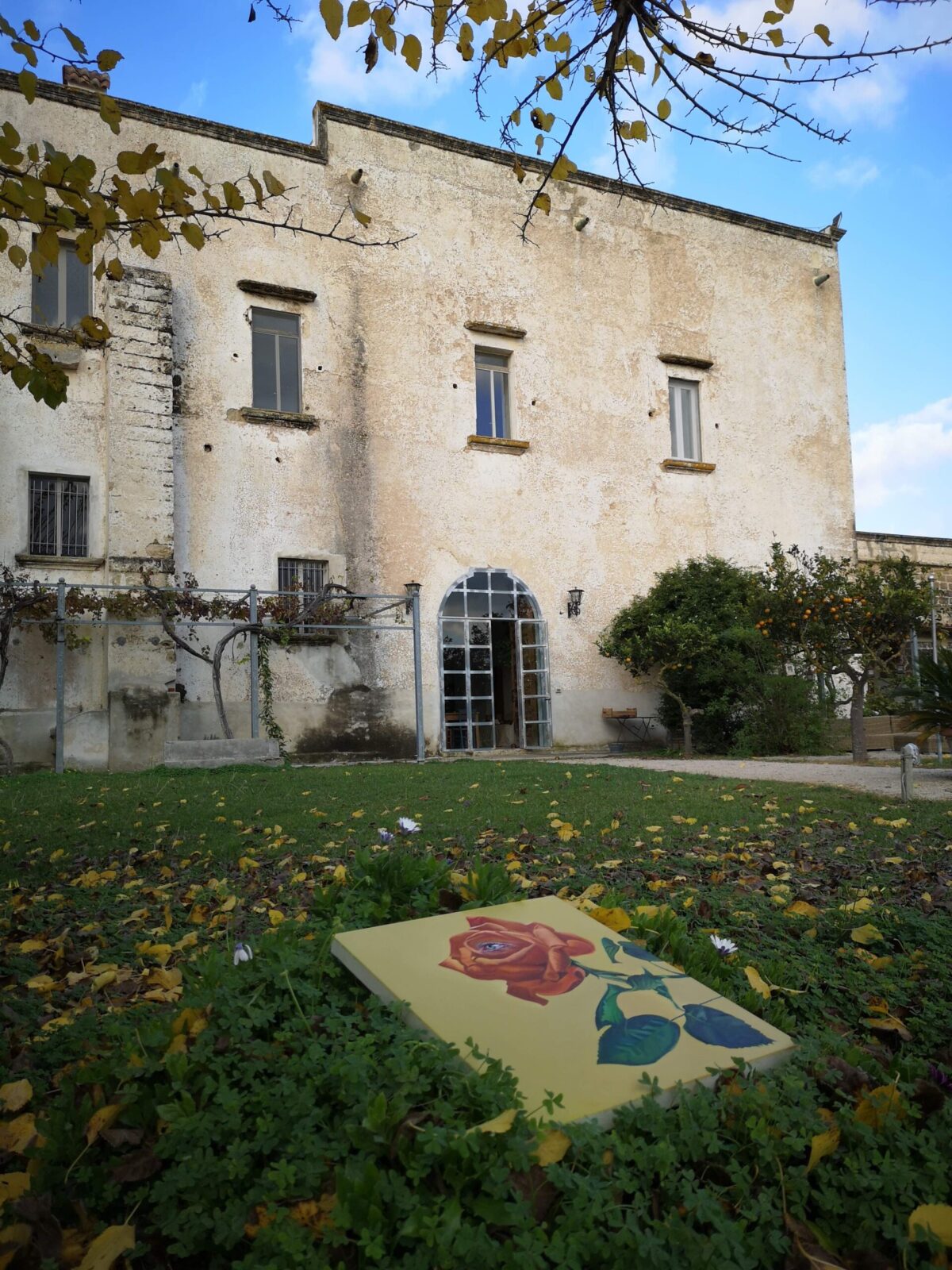 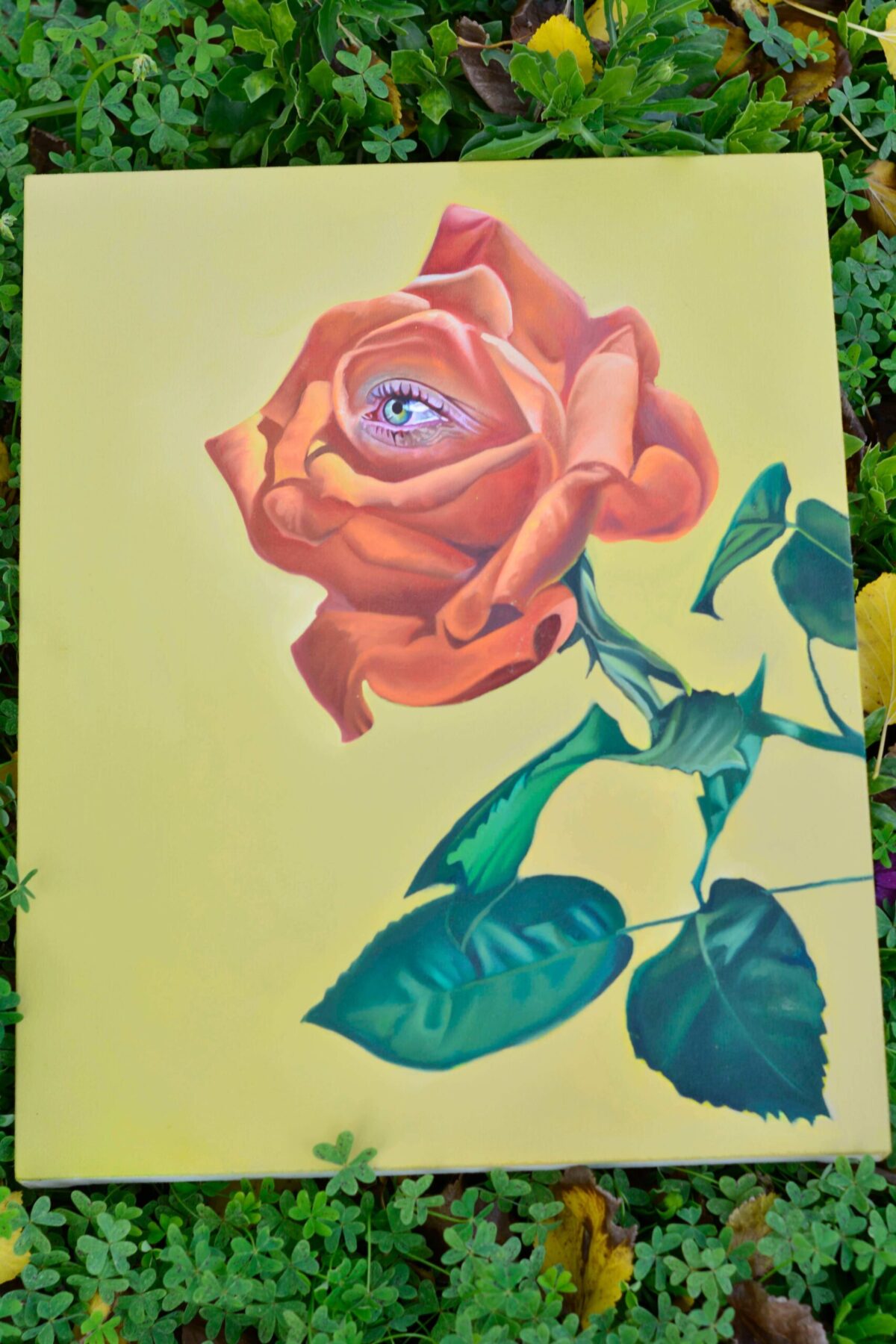 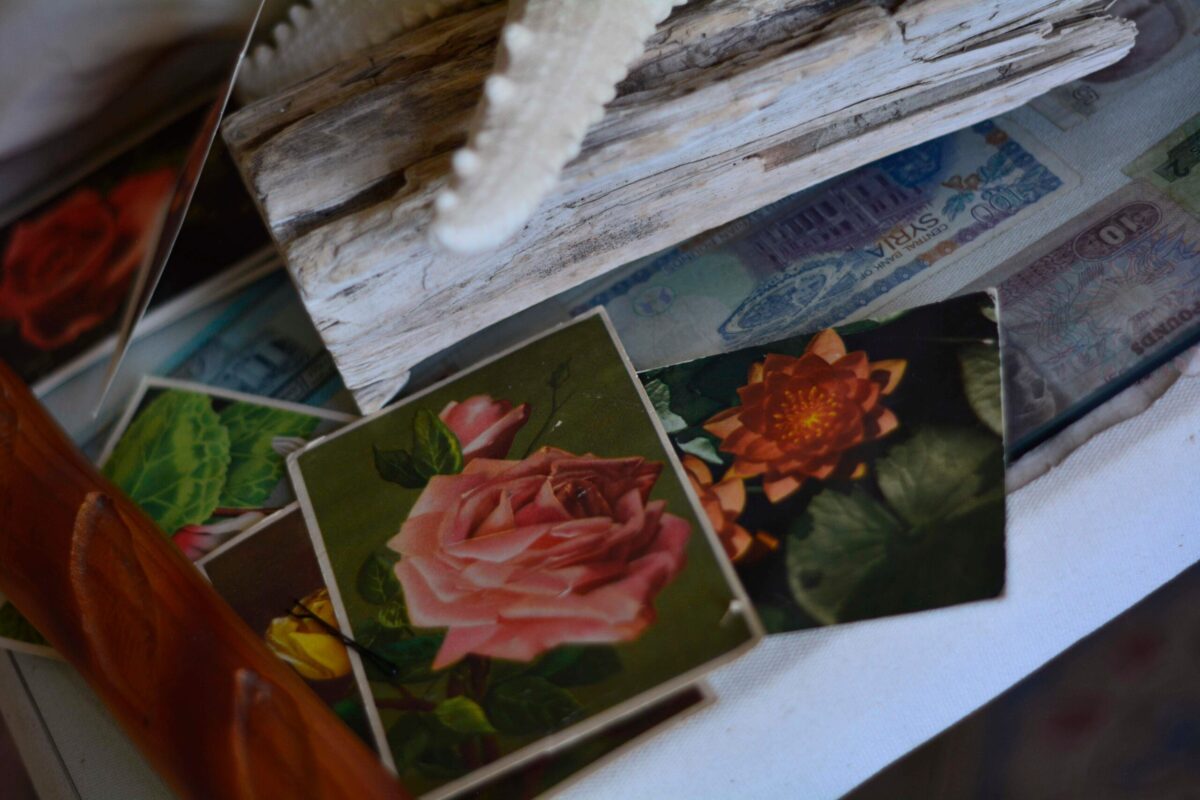 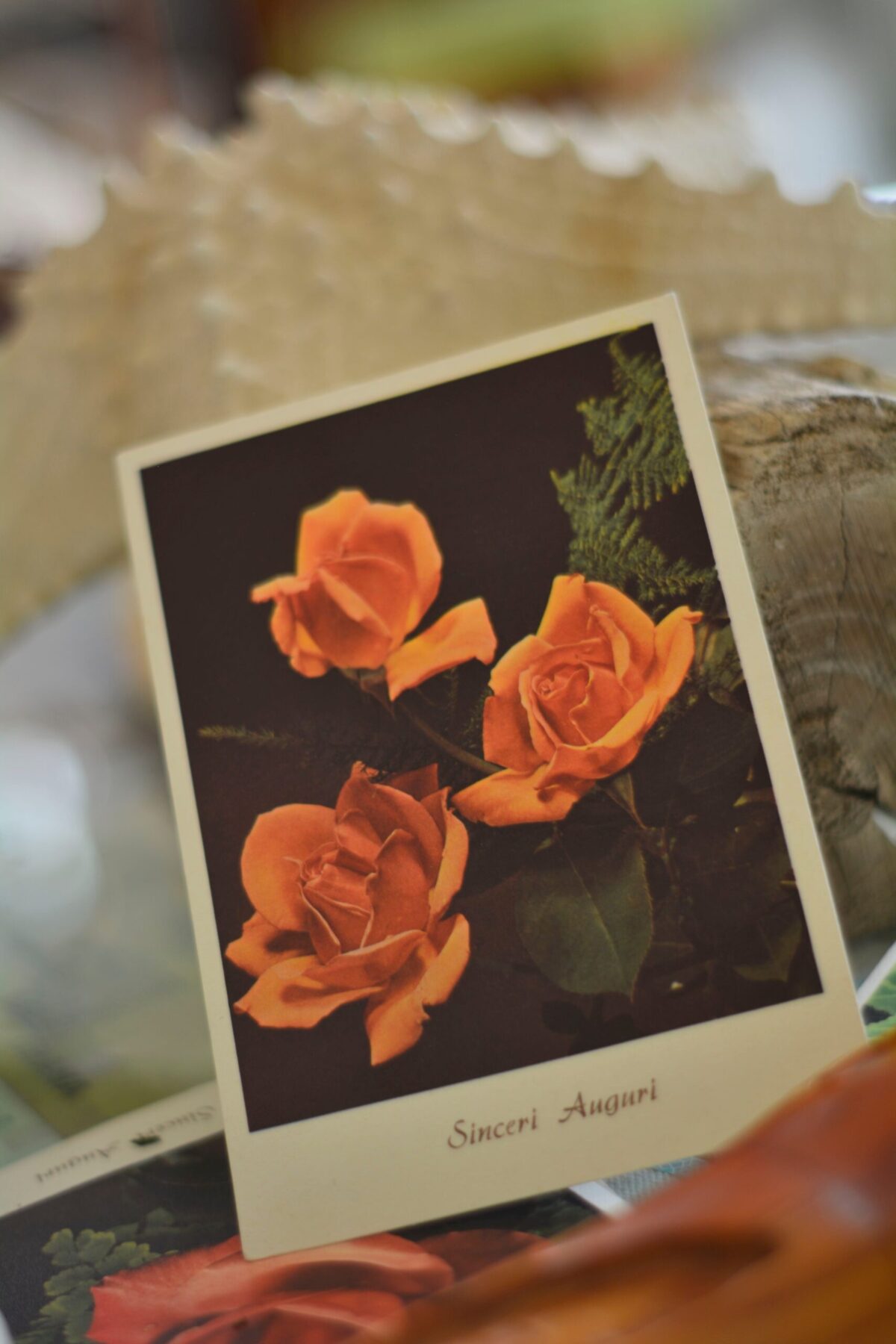 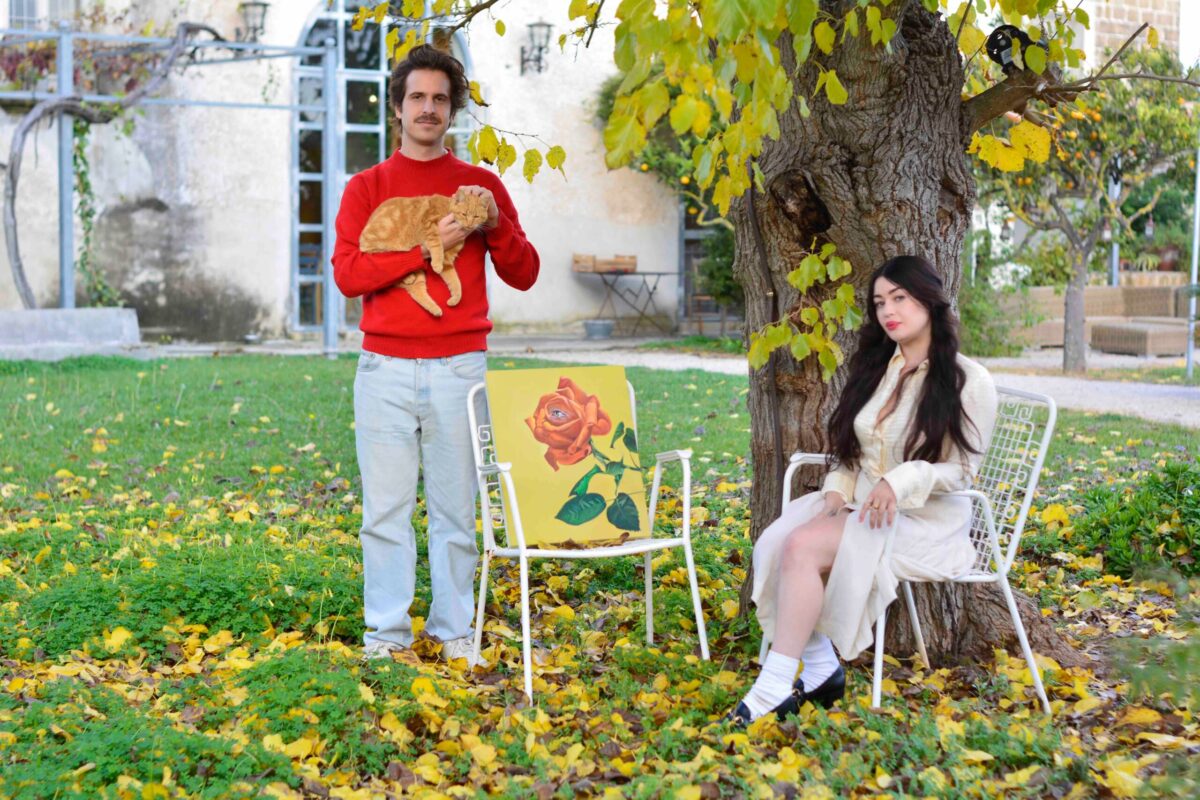 Carl Kostyál invited artist Ariana Papademetropoulos to visit Salento for an artist residency at the 18th century farmhouse Villa Elia in Puglia this autumn, where they were generously hosted by the owner of the villa, Gaetano Castellini Curiel.

Ariana Papademetropoulos (b. 1990, Los Angeles) received her BFA in Fine Art in 2012 from the California Institute of the Arts with a minor in Cultural Studies. She later studied at the Universität der Künste in Berlin. Papademetropoulos is known for exploring the psychological effects of interiors and domestic spaces. Evoking a sense of shifting realities and parallel worlds, she depicts dream-like hyperreal scenes of lavish rooms that are often eerily empty of human presence. The surface of her imagery is usually ruptured by a large, soft-focus watermark or spill that introduces alternate dimensions of dazzling color. By piercing the illusion of her own underlying composition, Papademetropoulos captures the experience of awakening from a vivid but elusive dream, to find oneself still teetering between parallel realities. Rooted in hyperrealism, Papademetropoulos’ art provokes illusion to collapse realities into surreal tableaux of flux, transience, and contradiction. Her canvases hold space for both reality and fantasy, for the impossible and possible to collide or coexist.

Her work has been exhibited in the US and in different locations internationally, including at Jeffrey Deitch, Los Angeles, CA; Manifesta, Marseille, FR; Wilding Cran Gallery, Los Angeles, CA; Soft Opening, London, UK; Annarumma Gallery, Naples, IT; and The Breeder, Athens, GR. In 2014, Papademetropoulos co-curated and participated in the group exhibition Veils, which was held at The Underground Museum in Los Angeles.

The Swedish-Hungarian born, London and Milan-based art dealer Carl Kostyál opened his eponymous gallery at no. 12a Savile Row, London W1 in 2010, with an exhibition of new works by British artist Helen Marten.

Since then, the gallery has made its name focusing on discovering and showing emerging artists from America, Europe and Asia and helping to reignite interest in established artists whose work was previously over-looked or little known in the UK and in Sweden.

Over the last decade, Carl Kostyál has presented work by over two hundred international artists in various locations across three countries: the UK (London), Italy (Milan, Matera, Puglia) and Sweden (Stockholm and Malmö) in both solo presentations and ambitious group exhibitions and has built strong institutional links for its artists, in particular with the Moderna Museet in Stockholm.

In addition to this residency at Villa Elia, he gallery runs two invitational artist residency programmes, ‘Fontana di Vita’ in Matera, Basilicata, twice a year and CARs at Mohilef Studios in Los Angeles in collaboration with artist Canyon Castator.

The gallery also holds an invitational Draw Jam each summer in the south of Italy (Puglia and Calabria), where over twenty artists are invited and hosted by the Gallery to draw together for five days, culminating in a local exhibition where the drawings are sold to raise money for local charities.

These activities are core to the Gallery’s ethos of building a global community of artists and thinkers and creating a platform for critical friendships and alliances to form.