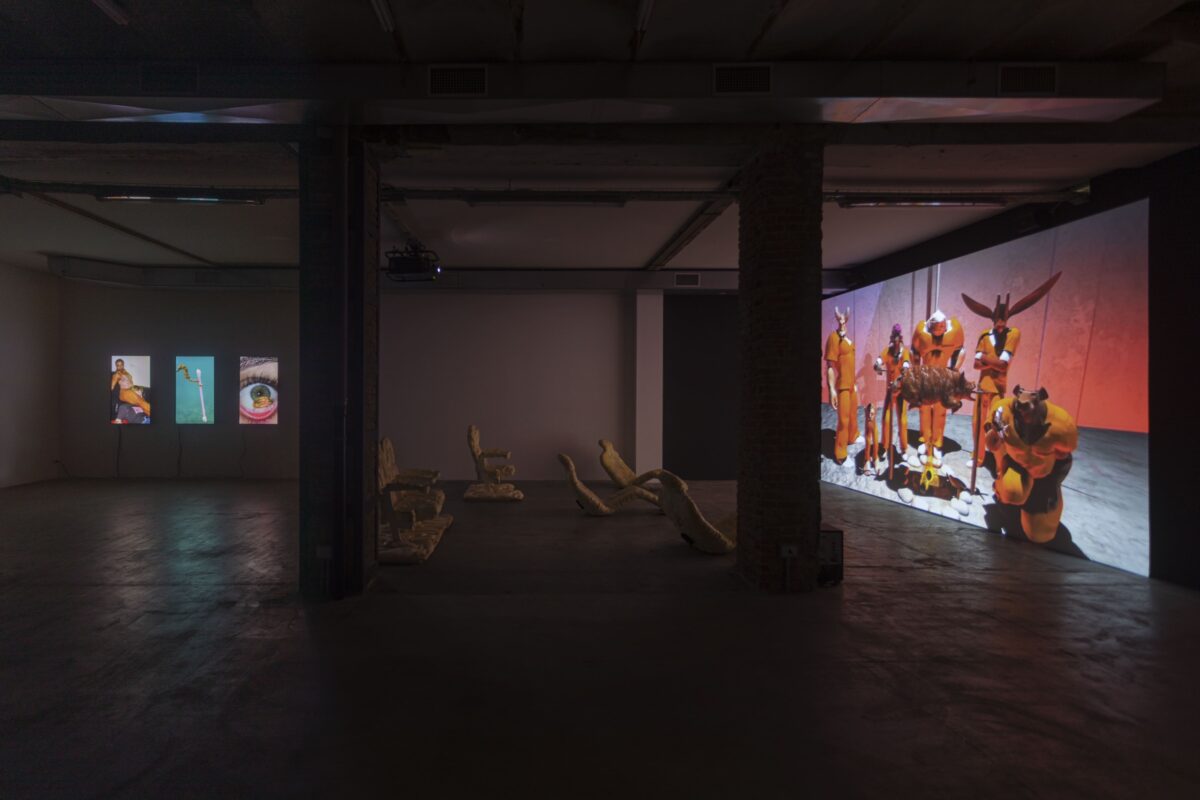 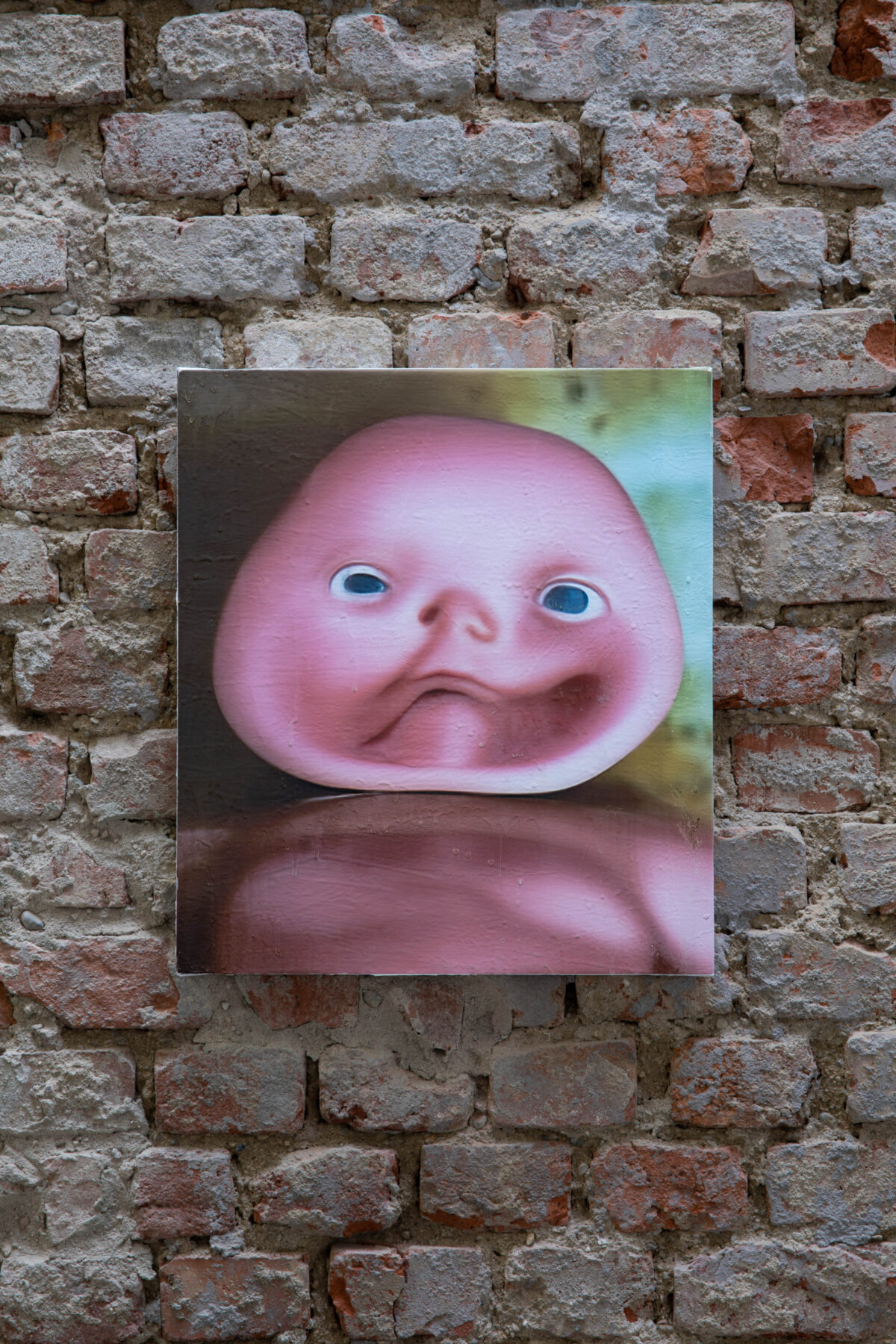 The word egregore originates from the Greek word for wakeful. It refers to the development of a shared abstract cultural identity (or autonomous psychic entity) that influences the group that gave rise to it. The unique symbiotic relationship between the egregore and its parent group is now associated with the concept of the meme. This occult idea is also a fitting framework for engaging Jon Rafman’s exhibition at Ordet.

Egregore is the title of Rafman’s 2021 video triptych made from animated found images, revitalized and enchanted to unfurl the hidden meanings of Internet detritus. Rafman’s expertly curated selection of uncanny imagery articulates a throughline or coherent spiritual trajectory in the otherwise chaotic online media landscape. The opposite of a formulation, Egregorebrings to life found images to reveal the collective unconscious of the web.
One of the central devices in Rafman’s work is the appropriation of the tools that alienate us from ourselves and our environment in the service of art and the uniquely human experience of beauty. He is interested in capturing the tension between the disinterested “eye” of the machine and the human impulse towards creating meaning.

In the case of ᖴᗩᑕIᗩᒪᔕ I (2022), “unwrapped” 3D scans of human faces — intended for use in video game design and other 3D rendering industries — are juxtaposed with miscellaneous objects, depersonalized and edited into deformity. Here the essentially modern self-as-object conundrum is given direct aesthetic form.

Minor Daemon I (2022) continues where Dream Journal 2016-2019 left off, furthering the latter’s dream-like computer-generated universe by infusing it with a story of two young men who share an extraordinary gift for virtual reality gaming. The film is set in a surreal dystopia that feels like the deranged fever-dream of Hieronymus Bosch if he grew up on 4chan. Minor Daemon mobilizes the most lucrative technology of the 21st-century culture industry to raise aesthetic questions about CG moving images, invigorating them by borrowing from the associative techniques of the historical avant-garde. Fleshy sculpted chairs extend the inside world of the film into the space.

Punctured Sky (2021) is Rafman’s latest voice-over narrative film. It uses face-tracking iPhone apps, homemade AI-generated voices, and an enormous trove of collaged images to investigate the nature of memory and identity in the contemporary age. Punctured Sky‘s narrative is inspired by internet folklore known as creepypastas. Creepypastas are weird tales and horror stories copied, modified, and pasted across message boards and forums on the web. A form of community storytelling that is equal parts exquisite corpse and urban legend spontaneously expresses the egregore and can be incisive symptoms of our cultural moment.

In Punctured Sky, we follow Rafman’s eponymous narrator as he undergoes a crisis in his sense of self brought about by the disruption, distortion, or outright erasure of the memories that constitute his identity. The narrator must confront the liquidation of objective truth and double down on his faith in his own experiences, or else learn to navigate a world of mass delusion.

Today’s shared cultural identity, today’s egregore, is evasive and contradictory. It is as homogeneous as it is fractured and atomized. Its arbiters are nameless. They are the moderators employed by big tech. They could be everyone or no one. Rafman’s works flow from this condition. His characters and stories, like his sources, are anonymous, forgotten, or illusory. They pose the essential artistic question: what does it mean for something to be Real?

Arbiter of Worlds, an exhibition by Jon Rafman at Ordet, Milan | purple ART