“In my works, I am interested in exploring today’s fetish items, the ways in which they get circulated and consumed both physically and on the Internet, and what that reveals about our contemporary desires and anxieties. I always start off by gathering images and creating a collage of them on Photoshop (I call them my “sketches”), so in the selection process, I focused on images of items that I found emblematic of the latest fad like Off White sneakers. Other than fashion, there are also references to gaming, Karaoke, and K-pop.” Sun Woo, 2020

Integrating digital tools with traditional approaches to painting, Sun Woo’s practice engages with themes of consumption, identity, memory, and contemporary psyche reflected in humanity’s ever-growing interaction with commodified technologies. Constructing eerie spatial compositions embedded with personal narratives, she attempts to anchor fleeting images found online onto the physical body of the canvas, where their distinct properties clash or come together in the tangible space that we occupy.

In her recent paintings, Sun Woo works with images of domestic commodities associated with female labor, such as cleaning cloth and rubber gloves, which belong to a prolonged history of gendered advertising and consumption in both cultures she was raised in. Looking back on the childhood memories of herself and her mother in the household, she paints a virtual landscape where these objects are placed outside of their spatial context, in unknown wilderness built with a 3D program and collaged with photographs. Engaging in dynamic, adventurous movement or gazing out into the space, these gendered commodities—like bodies—attempt to resist and subvert confinement, while the scarred surface of the painting becomes a physical skin that remembers and attests to the history of discrimination. 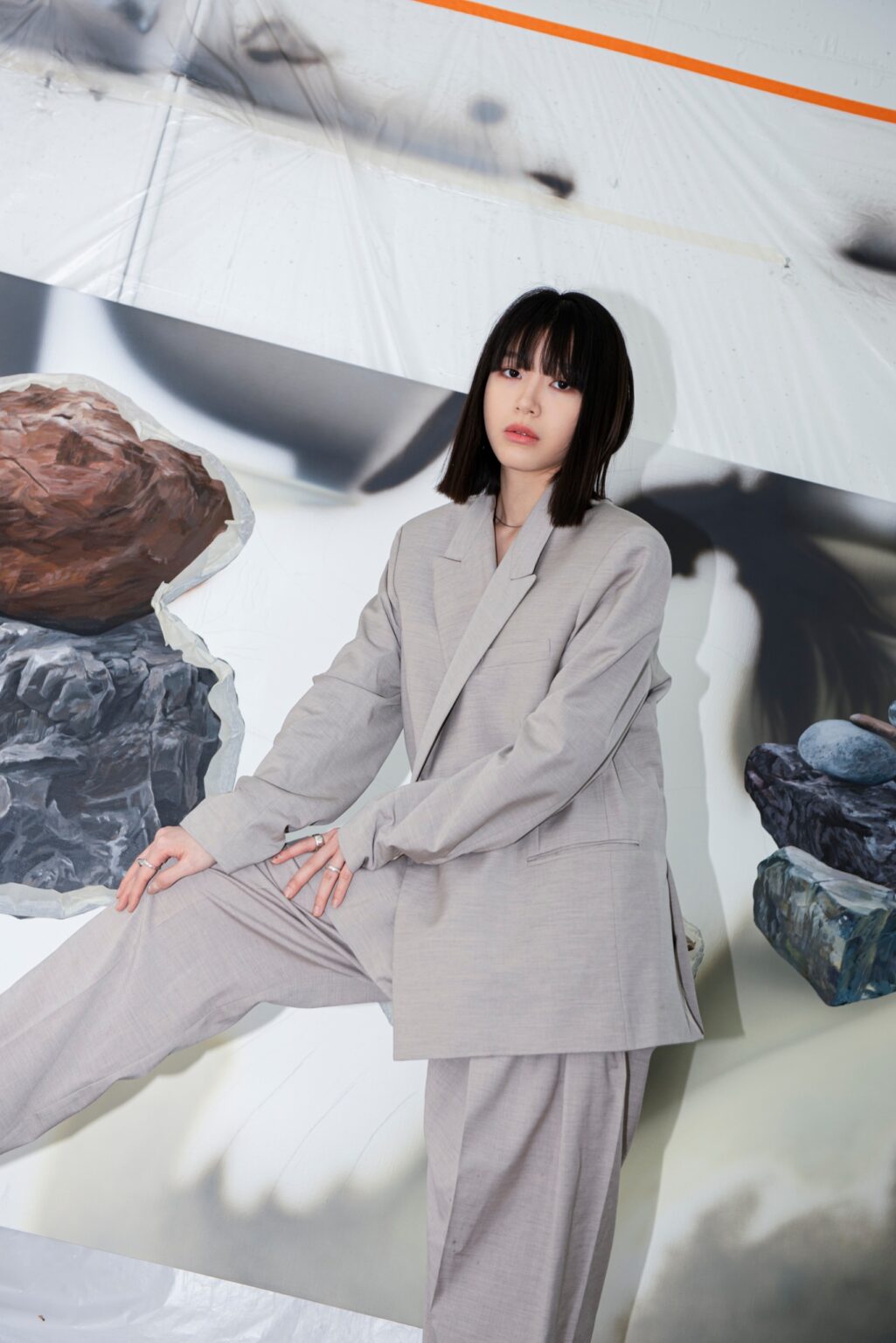 Sun Woo and Kevin Poon on technology, memories and switching off | Lifestyle Asia

Sun Woo You Have A New Memory Woaw Gallery | HYPEBEAST