“I wanted to make paintings that took the temperature of our contemporary climate in real time, and deliver the diagnosis in a palatable, humorous way. There are a handful of themes that tie the work together, but most importantly they deal with the fragility of the mind in the age of connectivity. What people find when they go looking for validating ‘truth’ on the internet. The conspiracies, the bad faith mob mentality, and all the other trash that can take hold of a disassociated, vulnerable mind looking for ‘answers’” – Canyon Castator in conversation with Maria Vogel, Art of Choice, November 2019

Canyon Castator (b. 1989, Houston, TX) makes large-scale paintings that satirically address our social reality, bringing together an exuberant blend of figures culled from the internet, modern media, politics and personal experience. Castator’s world is hyperbolic, saturated with dissonant characters, knowing symbolism and distorted narratives. His distinctive aesthetic is not tied down to one language but fuse digital and traditional mediums in a cacophony of psychedelic vibrance.

Canyon Castator’s work explores our relationship with the digital, reflecting the unfiltered cornucopia of images and content found online. Castator collages a blend of dissonant characters onto the canvas: iconic cartoons feature alongside political figures and memes in a chaotic narrative that recalls the semi-animated film Who Framed Roger Rabbit.

Castator accentuates this feeling of incongruity by merging digital and traditional painting techniques on the canvas. He executes preparatory drawings on the iPad, where he articulates the composition, meticulously arranging the figures. Some of the characters are then printed on the canvas with a distinctive claymation aesthetic; while others are realistically rendered in oil.

It is this blend of fine art skills and disturbing cartoon-like figures that makes Castator’s work so unique: “When it’s successful, the two mediums are married together and work harmoniously. When it’s really successful the two mediums are completely at odds with one another and create this kind of chaotic visual conflict,” the artists explains (in conversation with Rom Levy, Street Art News, April 2020).

Canyon Castator will have a solo show at Stems Gallery, Brussels in April 2022. 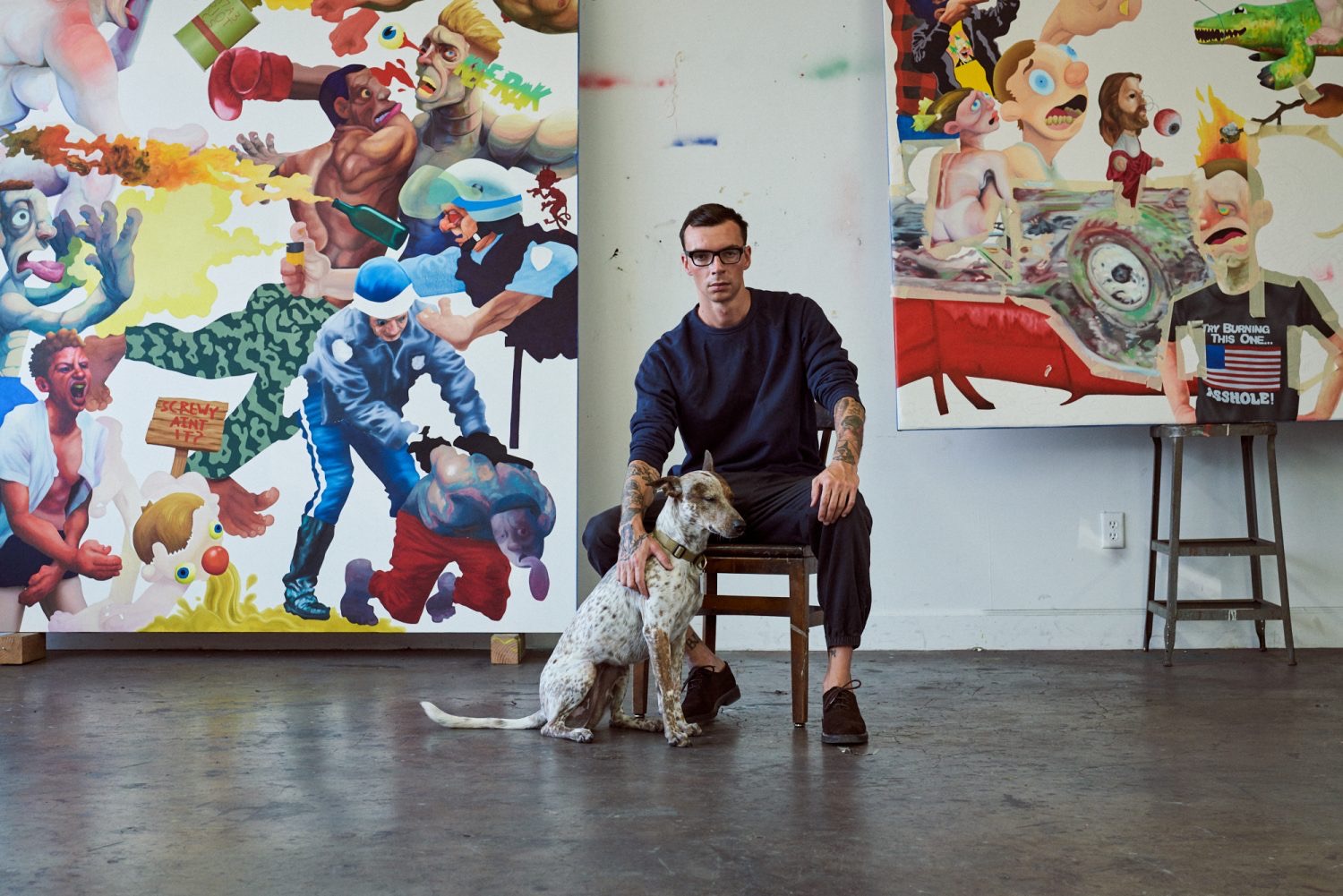 Canyon Castator Traverses the Fragility of the Modern Mind | Art of Choice, November 2019