Los Angeles-based artist Austyn Weiner’s (b. 1989 Miami, FL) bold paintings deconstruct images of her world into vivid form. Riffing on the language of Cubism and Abstract Expressionism, her compositions are injected with a highly charged erotic thread and a wry sense of humour. Acknowledging the painterly legacy of Chaim Soutine, Philip Guston, George Condo, Tracey Emin and Dana Schutz, Weiner’s riotous palette and broad brushstrokes express a seductive vehemence that has become her own unapologetic lexicon, or as she has described it, her expression of “what it means to be a woman at war, both internally and externally, in the 21st century.”

“Austyn Weiner is a product of her environment. The artist’s explosive colour palette comes from her hometown of Miami; the recurring lines—now Weiner’s signature—from her frantic, oversaturated New York existence. But it is the emotion evident in what Weiner does, the part she draws out from her polarized personalities, that lends her work a seductive quality. Weiner does not shy away from revealing herself within and alongside her art (…) she wrote the biography featured on her website rather than relying on a savvy press agent. It’s the rare young artist who’s committed to revealing her image rather than cultivating it.” – Allyson Shiffman, Interview Magazine.

Weiner picked up the camera at 14 years old and later worked as a commercial photographer in New York, specialising in photojournalism for the backstage fashion shows of Michael Kors, Anna Sui and Elie Tahari, among others. She began depicting her friends from the fashion world in a muted palette of colours: she photographed, painted and ripped their images apart and re-arranged them in a process of deconstruction and reconstruction that remains central to her practice.

Leaving New York for Los Angeles in 2016, her lines and colours became looser and wilder. In a recent painting entitled Prenup, a tangle of arms, breasts, hands, and heads gently incline toward one another, implying an involved and complex intimacy, the ubiquity and cynicism of the pre-nuptial contract referred to in the title, by contrast it is implied, neutering such spontaneous expressions of love.

Austyn Weiner lives and works in Los Angeles. She studied photography and painting at the Penny W. Stamps School of Art & Design at the University of Michigan in Ann Arbor. Weiner also studied at the Tel Aviv University and Parsons School of Photography in New York.

Upcoming in 2021 is a group show at Fredericks Freiser, New York in March and a solo show at Harper’s Books, East Hampton in May. Austyn Weiner will participate in Carl Kostyál’s invitational artist residency Fontana di Vite at Masseria Fontana di Vite, Matera, Italy in July 2021 and will have solo show at Carl Kostyál, Hospitalet, Stockholm in August 2022. 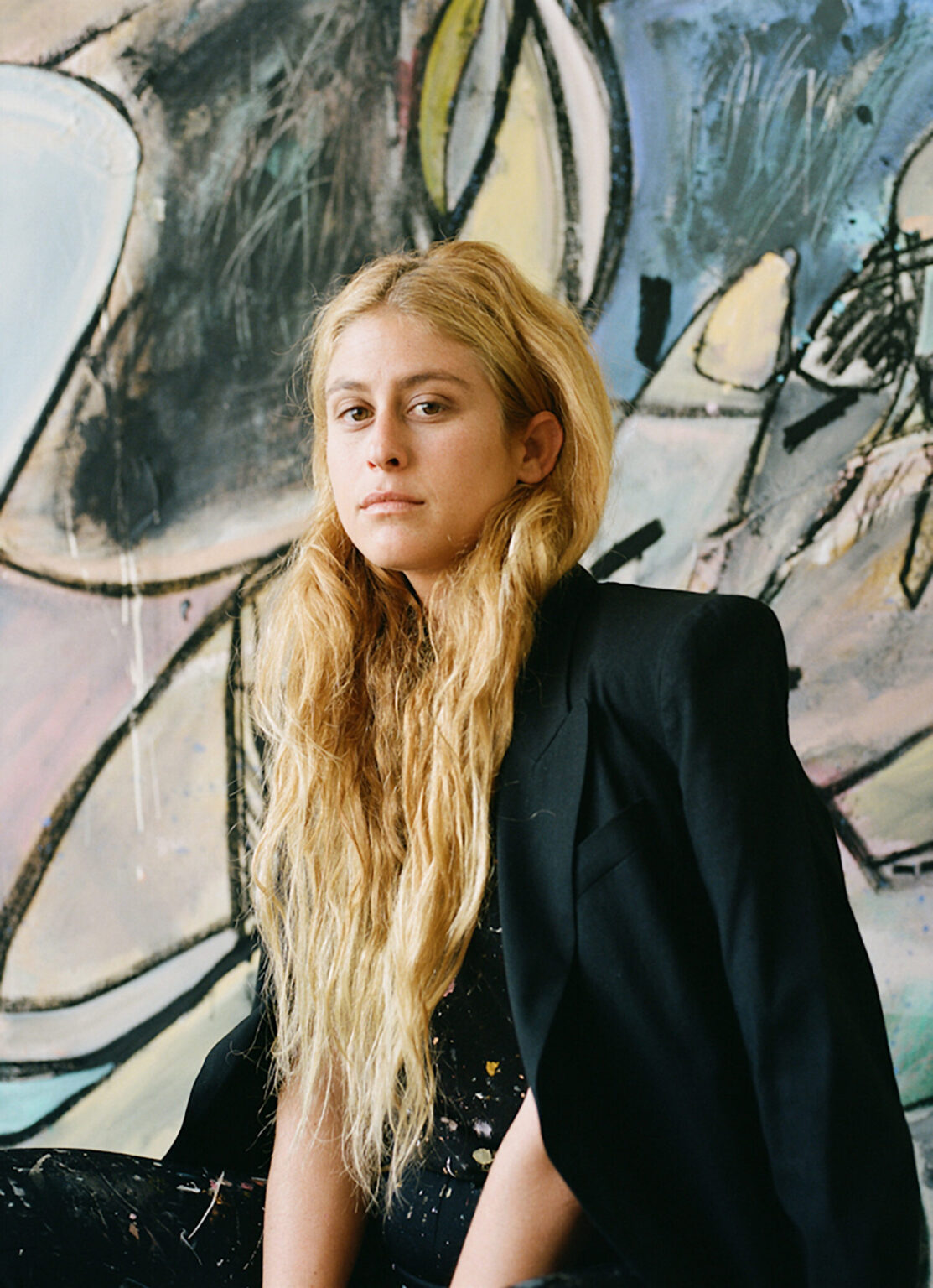 Meet the Women of Frogtown, An Artist Community Like No Other | Vogue

‘I Re-Evaluate Nearly Everything in My Life’: In a Topsy-Turvy Year, Artist Austyn Weiner Is Focused on Finding Her Painterly Rhythm | Artnet News

How Quarantine Led to an Artistic Breakthrough for Austyn Weiner | Galerie